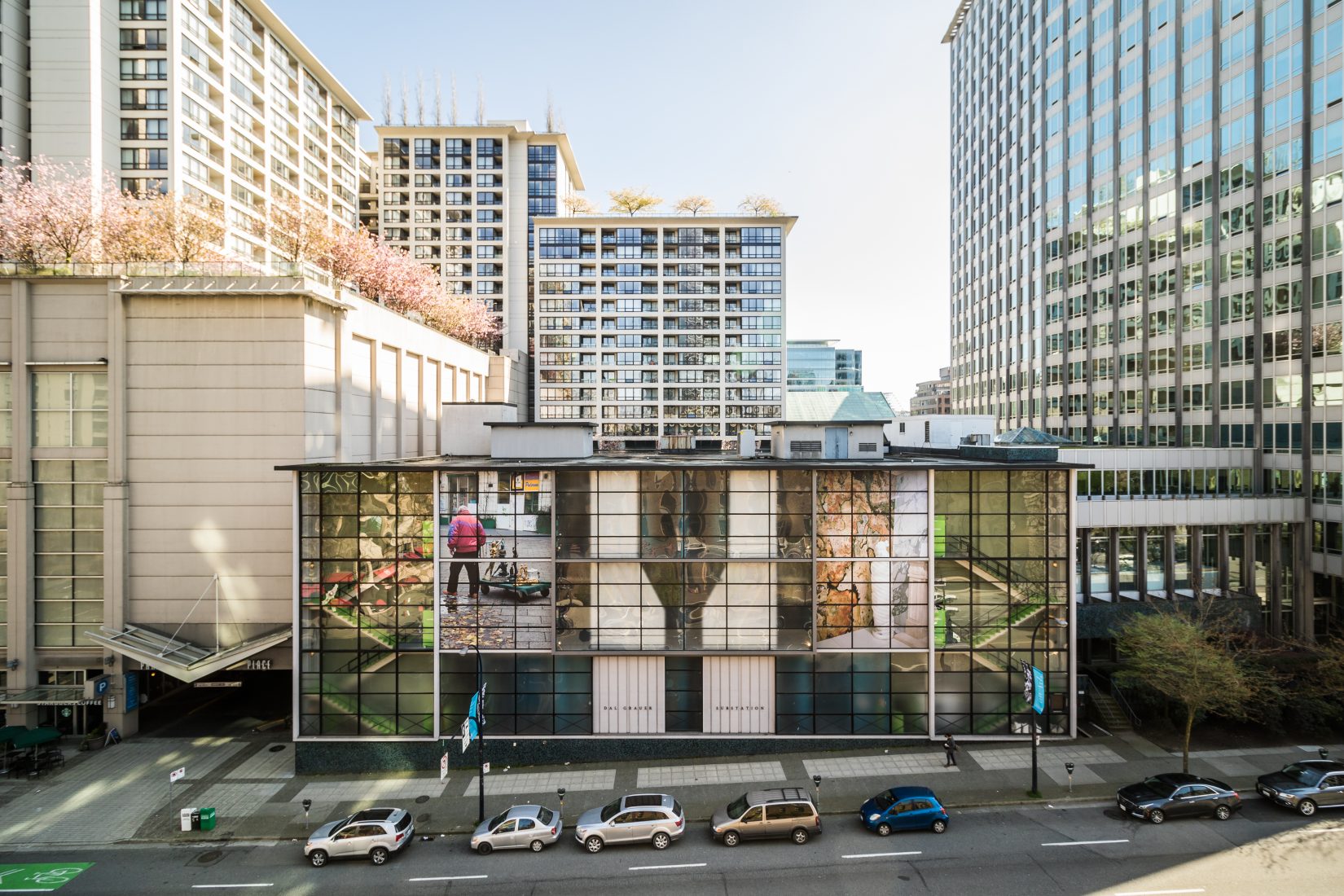 Stephen Waddell’s photographs are at once spontaneous and contemplative. His compositions offer a striking initial impression while their seemingly banal subject matter seems to demand closer attention. He depicts recognizable scenes that appear too composed to have been happened upon, yet Waddell is neither a so-called street photographer nor interested in the rhetoric of epic staged photography. He creates pictures that deliberately exist in a place of ambiguity.

Photography and industrialization came about in the Western world at roughly the same time—the mid nineteenth century—quickly and vastly changing the way in which everything from labour to the perception of time and space was understood. During this time, photography evolved from a fine art to being immediately surrendered to the prosaic and to documentary forms, and was only later taken up again by those whose creativity would bind the elements into a conversation between the arts and artists.

In many ways, modernist painters such as Édouard Manet and Gustave Caillebotte, whose works often celebrate the working class and the modern city, set the stage for the rise of street photography during the late 1800s. Works like Eugène Atget’s Chiffonier (Ragpicker) (1899) demonstrate photographers’ growing interest in the lives of labourers, not unlike Caillebotte’s realist painting The Floor Scrapers (1875), which depicts the urban proletariat through an ambivalent, non-moralizing lens.

It is this interwoven realist history of early modern painting and street photography that has set the stage for Stephen Waddell’s considered studies of anonymous figures working, relaxing, and moving through the urban environment.

His work also finds links to a more recent past: mid-century modernism, with its renewed optimism for the possibilities of art, architecture, and technology and their ability to enhance the public realm. Today, this optimism tends to fall flat. Waddell’s photographs of urban subjects moving through cities often illustrate the (il)logical conclusion of this history, this utopianism never come to pass. One reading of the photos on the Dal Grauer Substation could interpret them as laying bare the disconnection between the optimism of the era of the building’s mid-century construction and the cynicism of today.

In general, street photography makes the people who would otherwise be invisible to us visible. In The Collector, Waddell makes visible a trophy seller transporting the statuary through Berlin’s streets, and in doing so, directs our attention to the labour and chain of production involved in constructing and disseminating these peculiar objects. He is an arranger, and seller of these twilighted objects. In the second photograph, Showroom, what at first appears as a Renaissance sculpture or Arte Povera Installation awaiting exhibition, is revealed to be an item in the showroom of an importer of marble in Richmond, British Columbia. When we realize the photo was taken just outside of Vancouver, it brings up questions of aesthetics’ role in both consumer culture and class structure.

Both photographs replicate the act of moving through the city alone, observing those you pass by and allowing the mind to wander as the cast of characters around you take on different forms. The mind begins to engage in the description of those anonymous figures, filling in the details of imagined lives with memories from one’s own past. Despite the resulting feeling of familiarity, we are reminded of the unknowability of strangers, as well as of those we are close to.

The photographs on the Dal Grauer Substation illustrate the illegibility of images as much as they do that of individuals. Presented as two works on opposing sides of the building, they seem to fight each other to exist. Unsure of whether to identify as a cohesive tableau or as disparate fragments of something larger, the temporary installation invites contemplation of its sense of incompleteness. It also encourages those walking by to consider their own status as an anonymous urban subject as they become aware of their place in the public sphere, now shared with these photographs.

The Collector and The Showroom