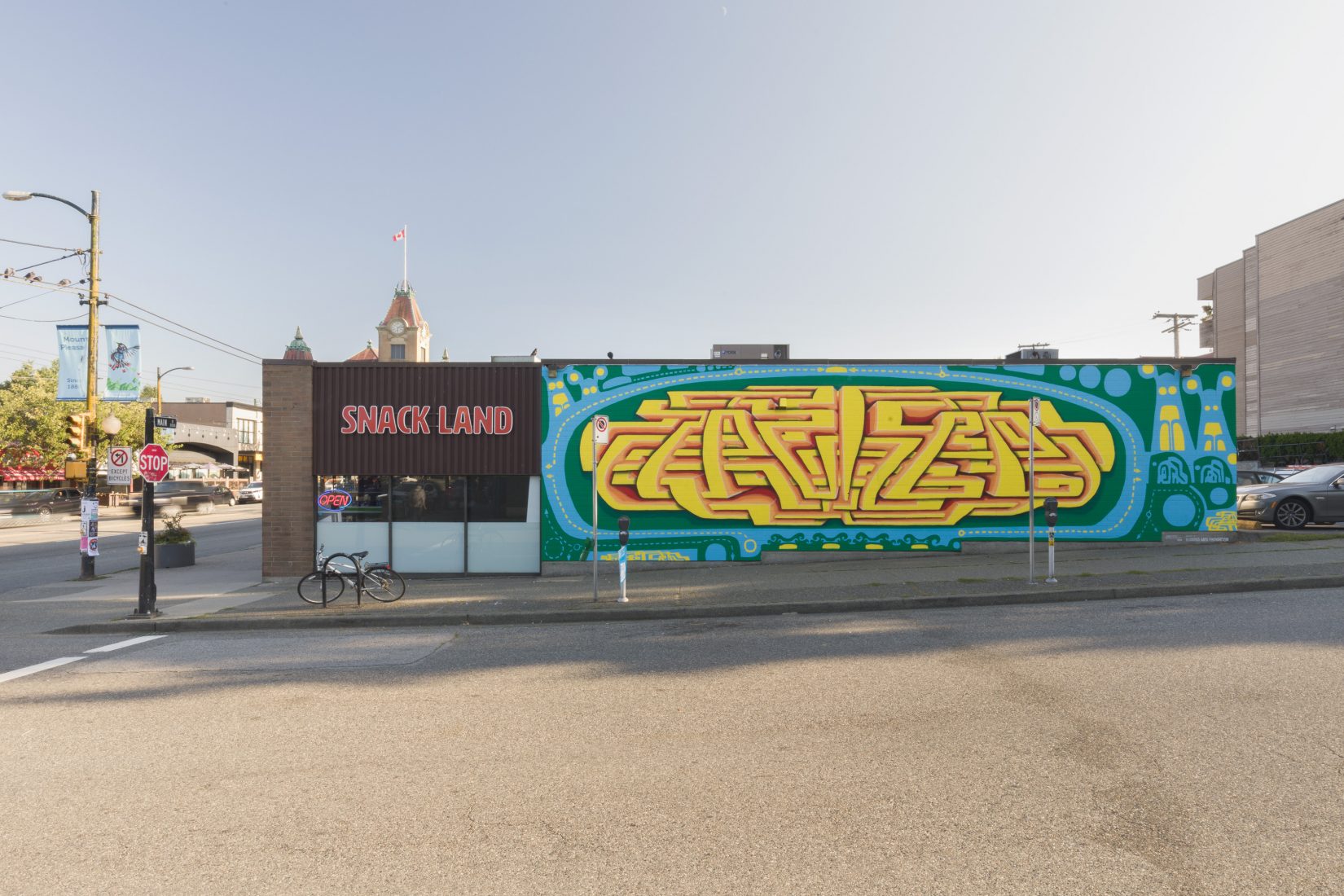 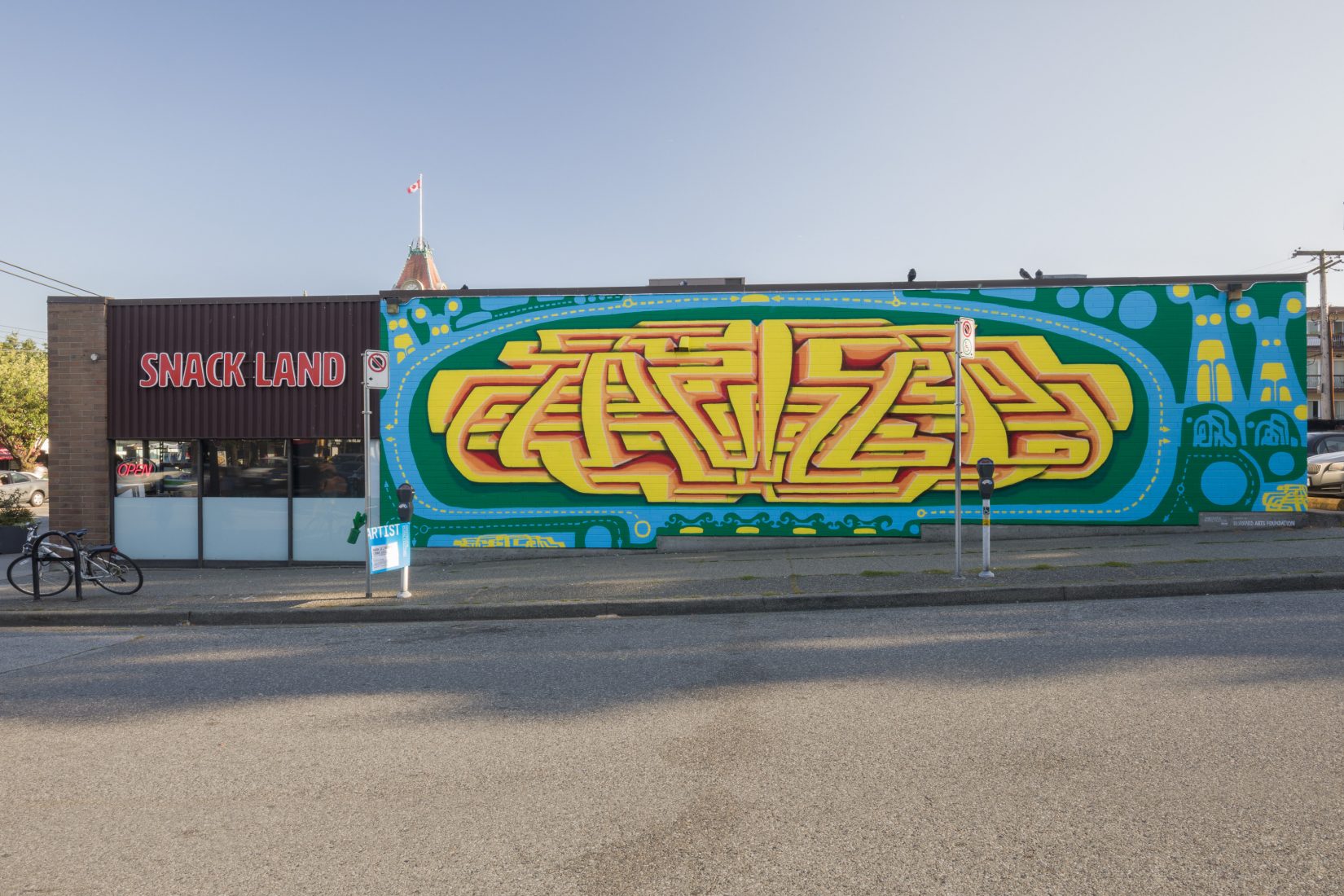 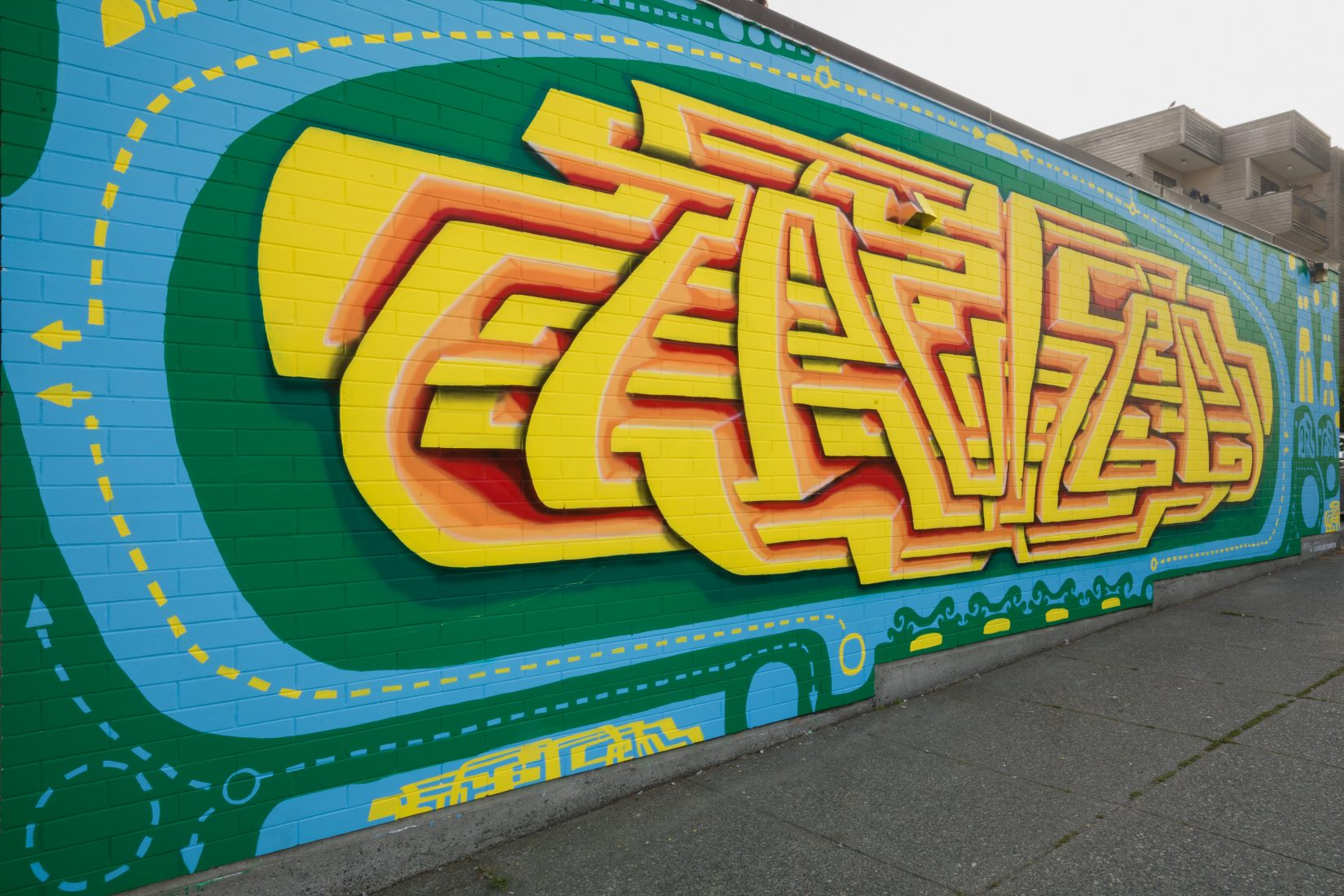 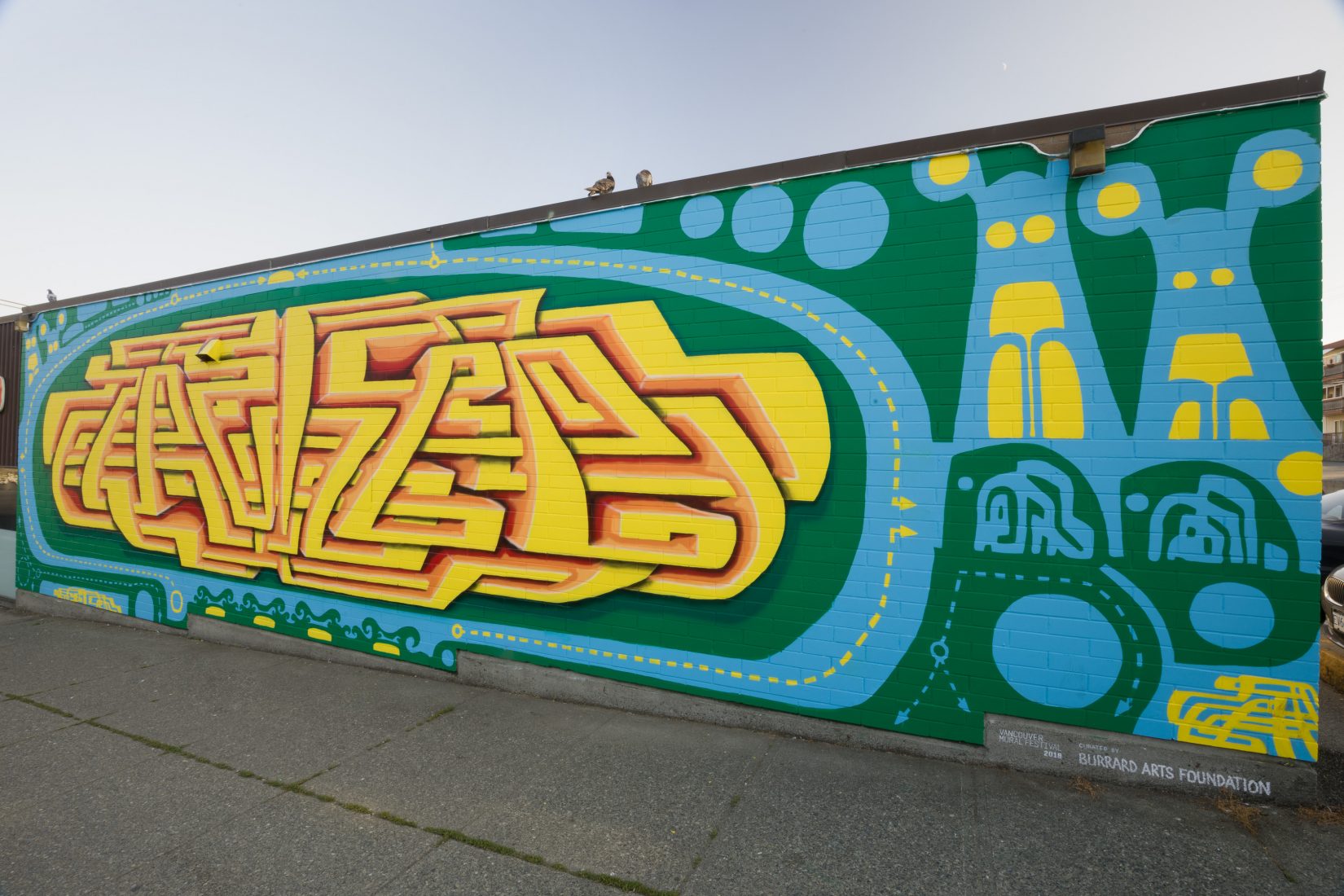 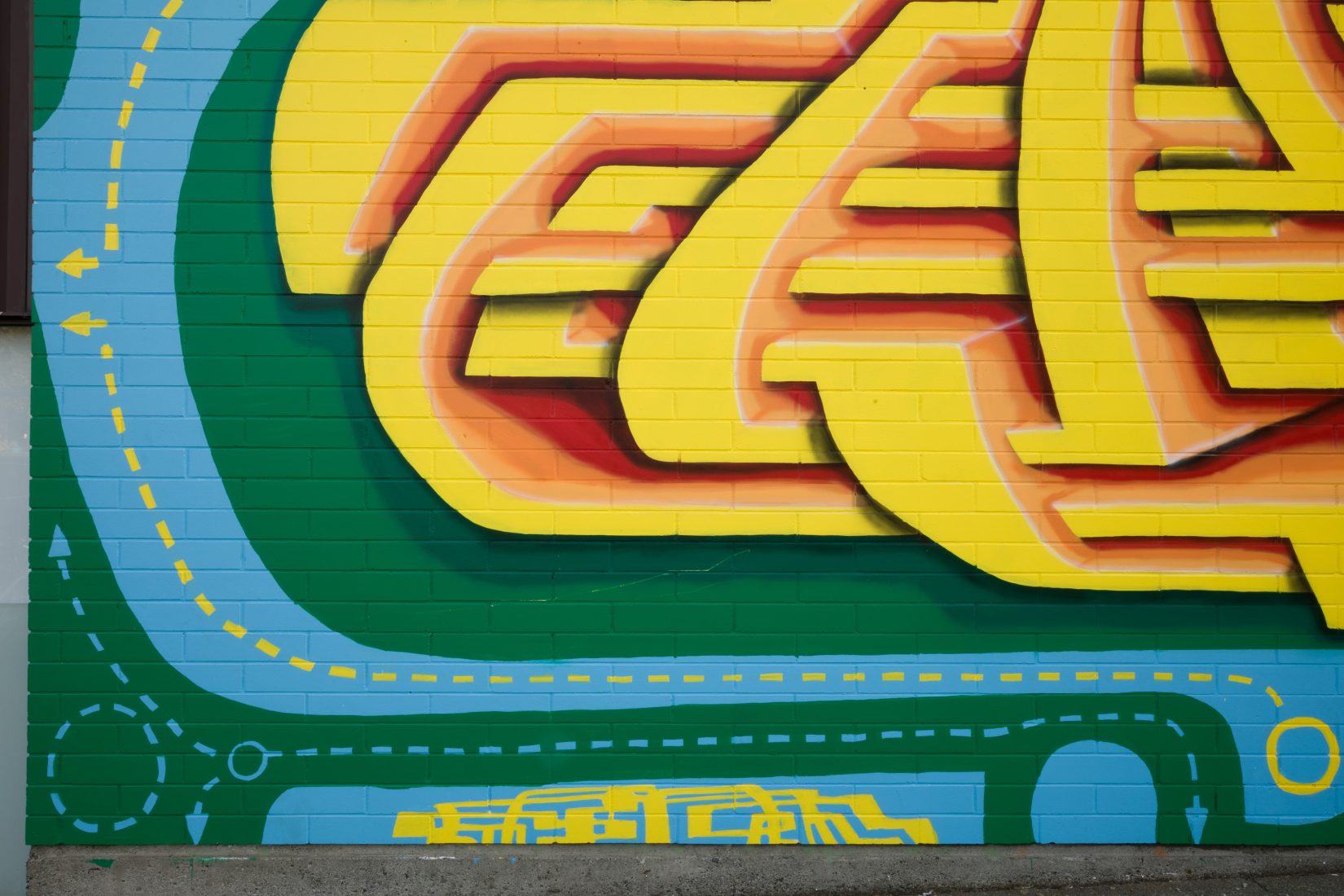 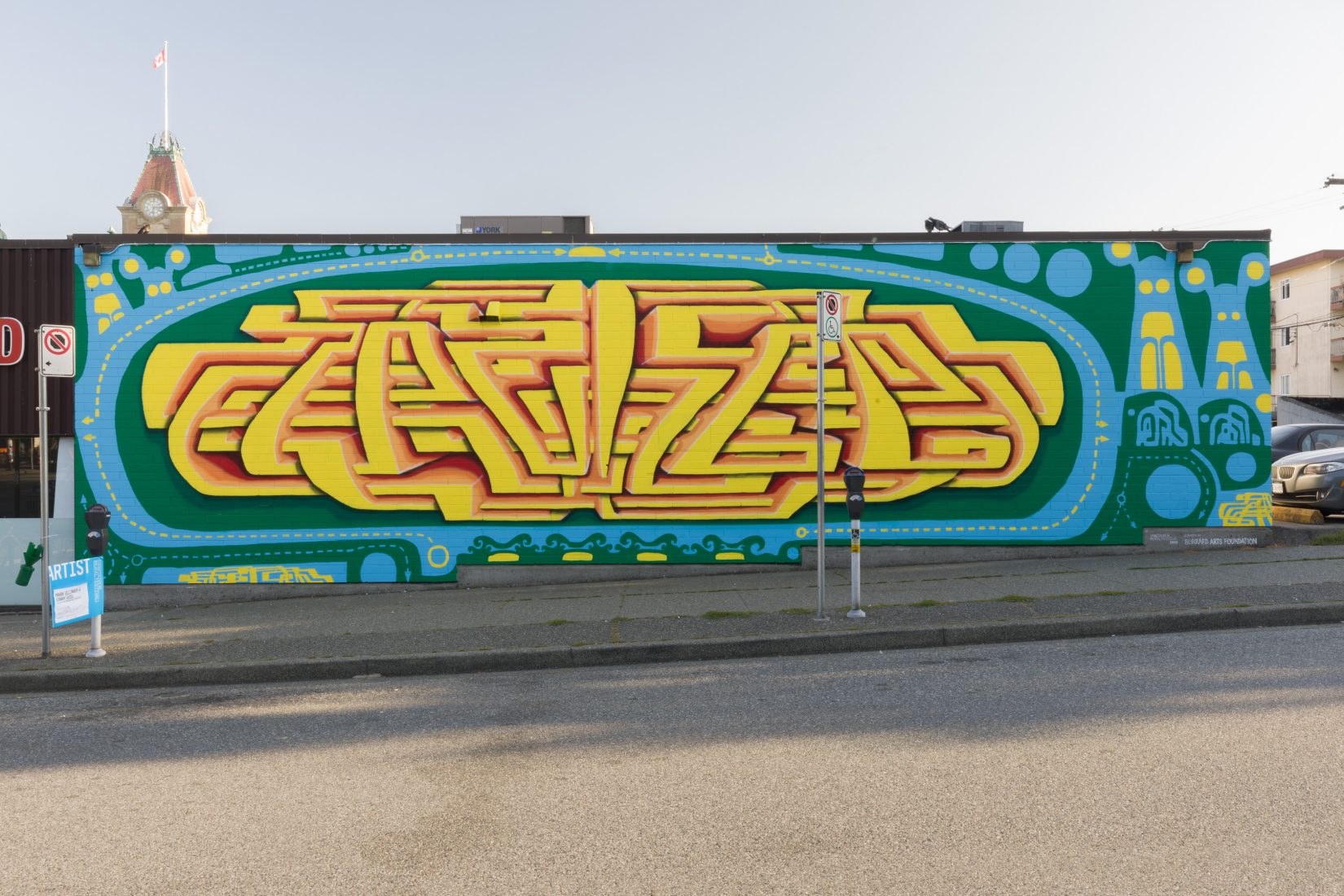 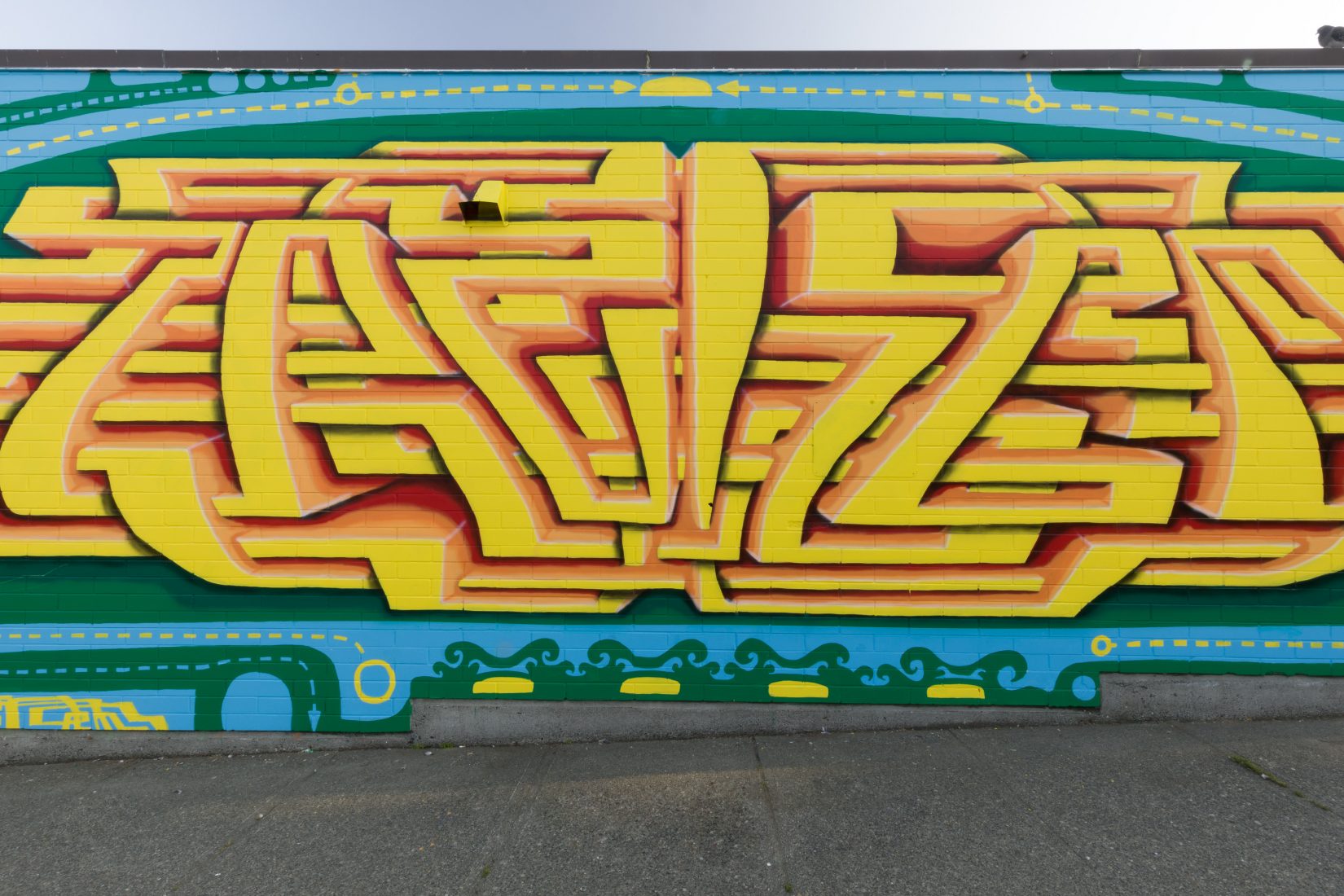 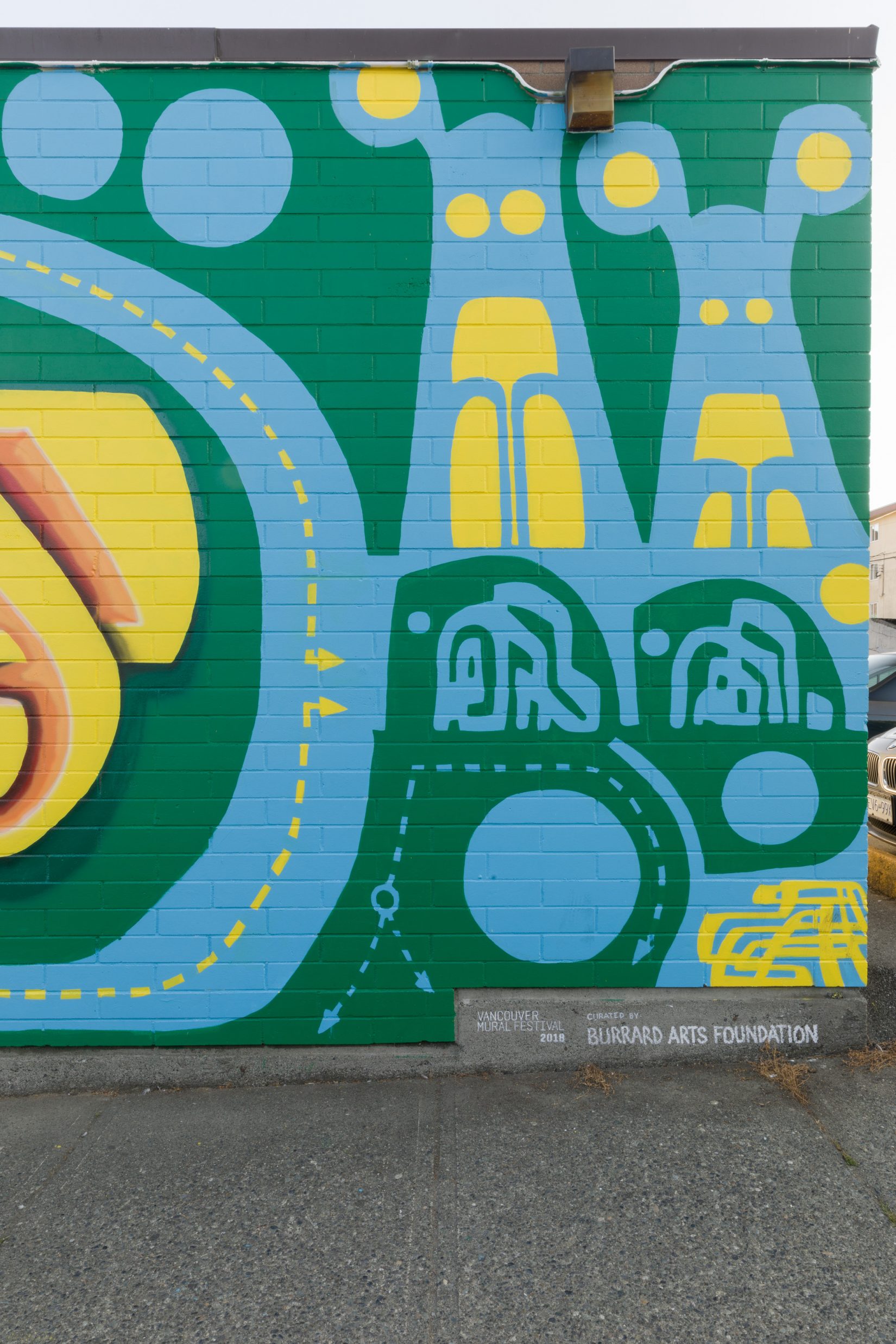 A chance encounter brought Mark Ollinger and Sonny Assu together for this collaborative mural. Sonny, a former Mount Pleasant resident, was excited to create a mural for Snackland, formerly a 7-11, based solely on the fact that he once stopped a dude-bro from pilfering a bottle of chocolate milk there. Enraged at being called out, the dude-bro slunk out the door, seemingly saying “you haven’t seen the last of me!”

Ten minutes later, the dude-bro confronted Sonny on his way home – with nunchuks – outside of the Western Front. Chuckling at the absurdity of it all and just wanting to enjoy his slurpee, Sonny whipped out his orange Nokia phone and called the fuzz. The sad ninja huffed back to his car and sped off.

And no, that chance encounter was not with Mark. They met in Mark’s studio during an art crawl.

Slurpee Stupor is an homage to things that can only really happen in East Van.