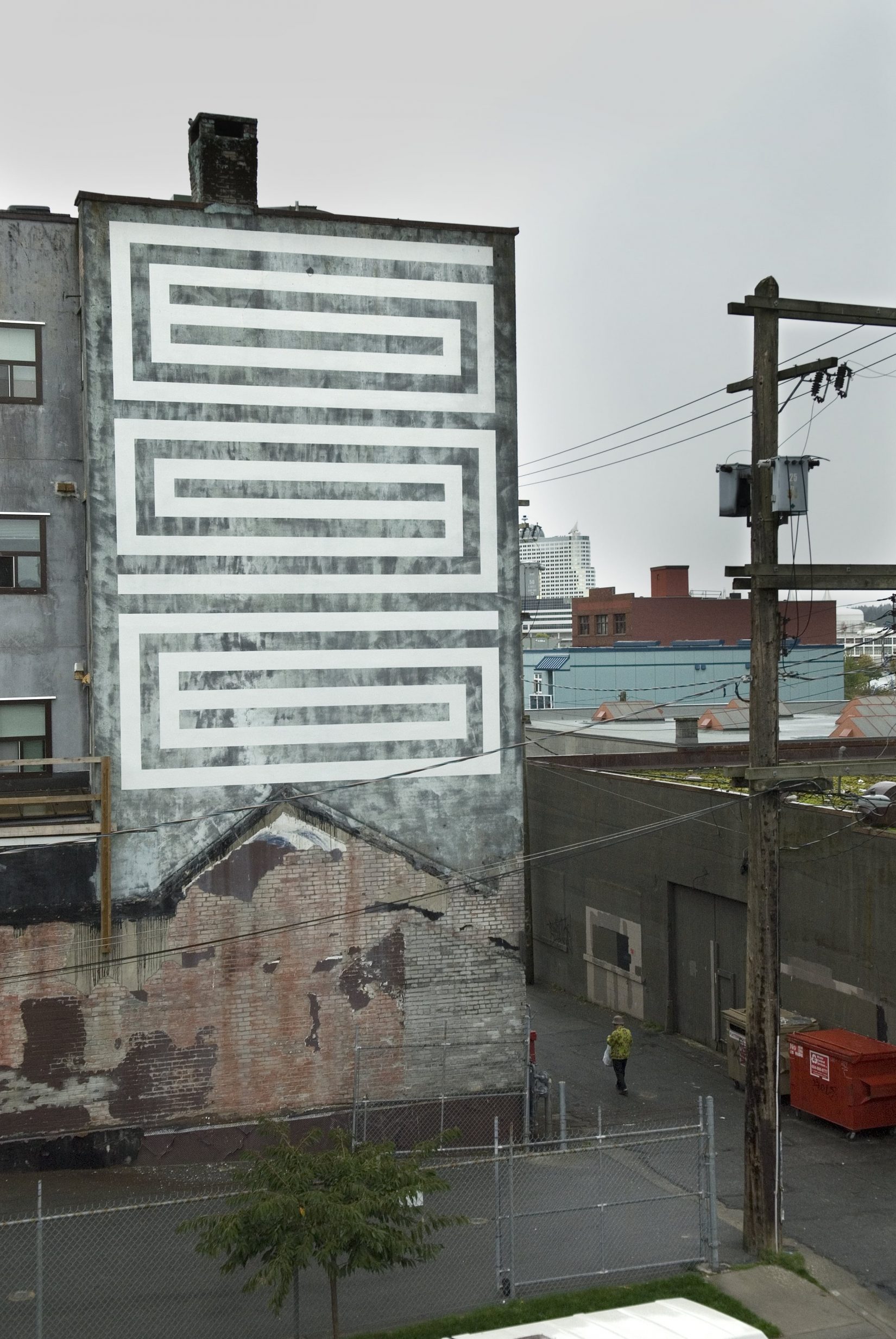 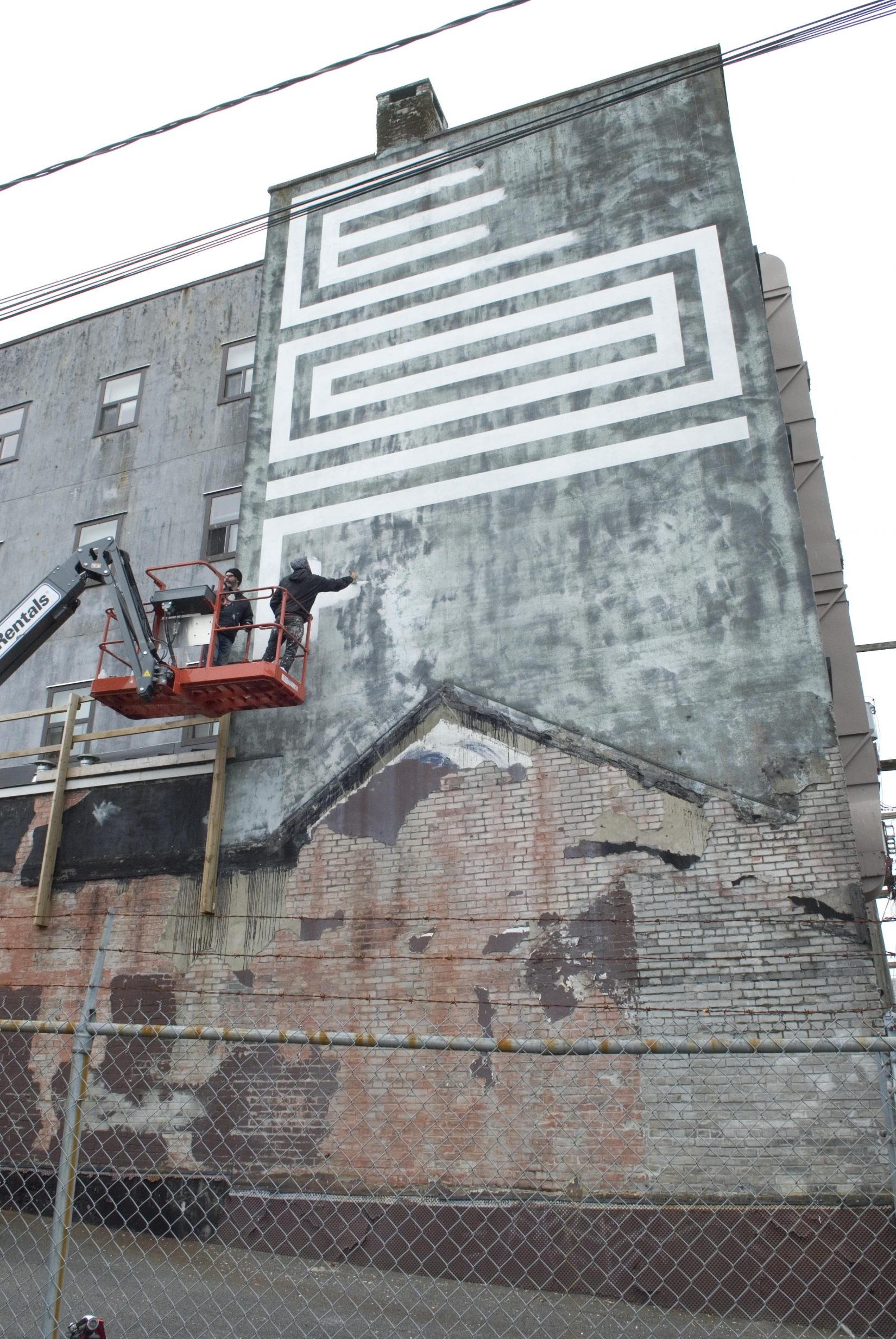 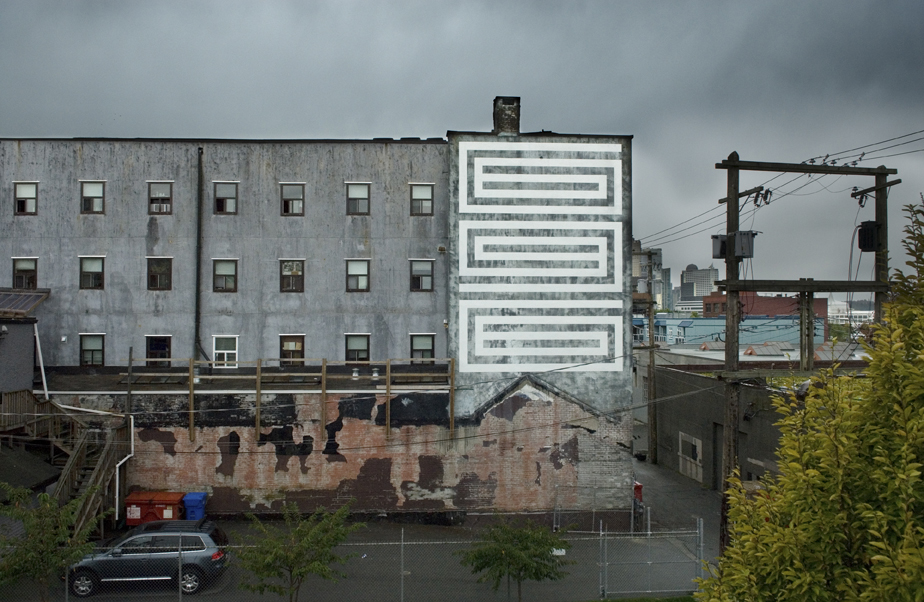 In conjunction with his residency at BAF, Gabriel Dubois created an outdoor mural at 295 Powell Street in Vancouver. The mural features the spiral form frequently found in Dubois’ practice: geometric lines winding in a continuous circuit around a central point. The shape can be read as a numerical 9, the last solitary number before the consecutive digits that follow are evermore joined with another. Nine is also a cross-lingual homophone, “nein” means no in German, a language Dubois is fluent in having lived in Berlin, Hamburg, and Leipzig for many of the past several years. The spiral also refers to infinity, an unbound, non-terminating, unending phenomenon that corrupts and upsets all others with a pledge of unending being. Infinity is where everything else ends by never ending; in its presence, all else becomes insignificant.