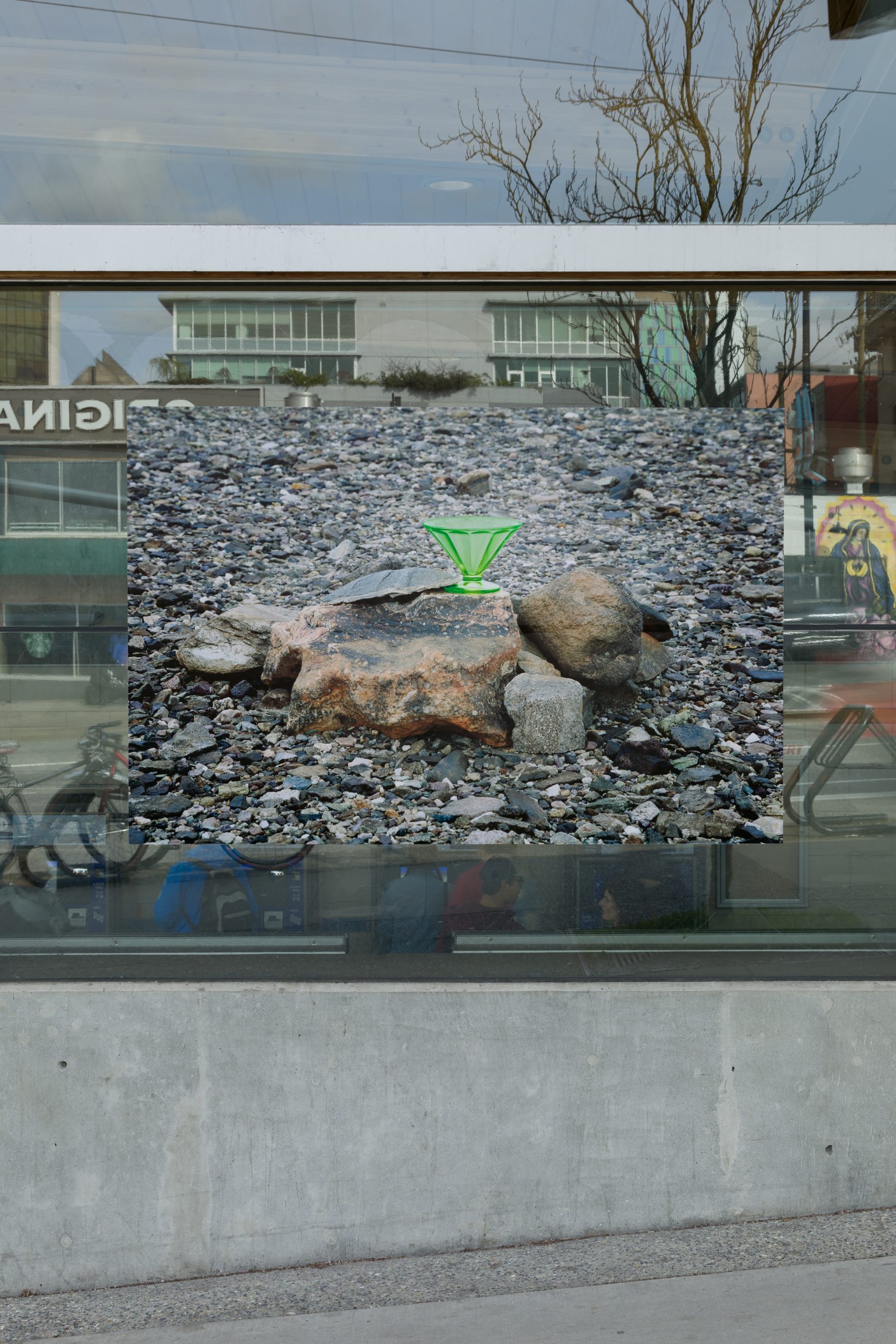 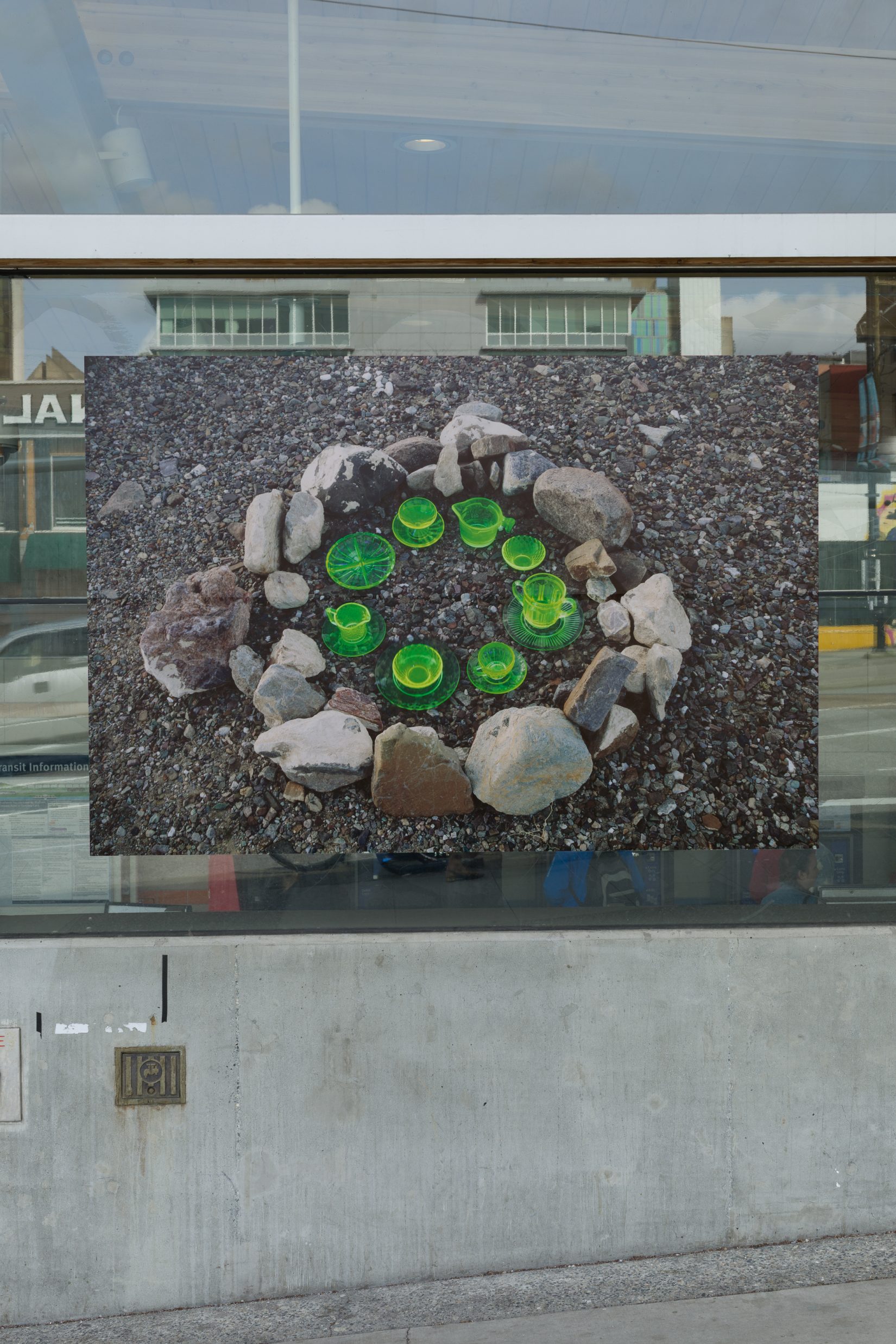 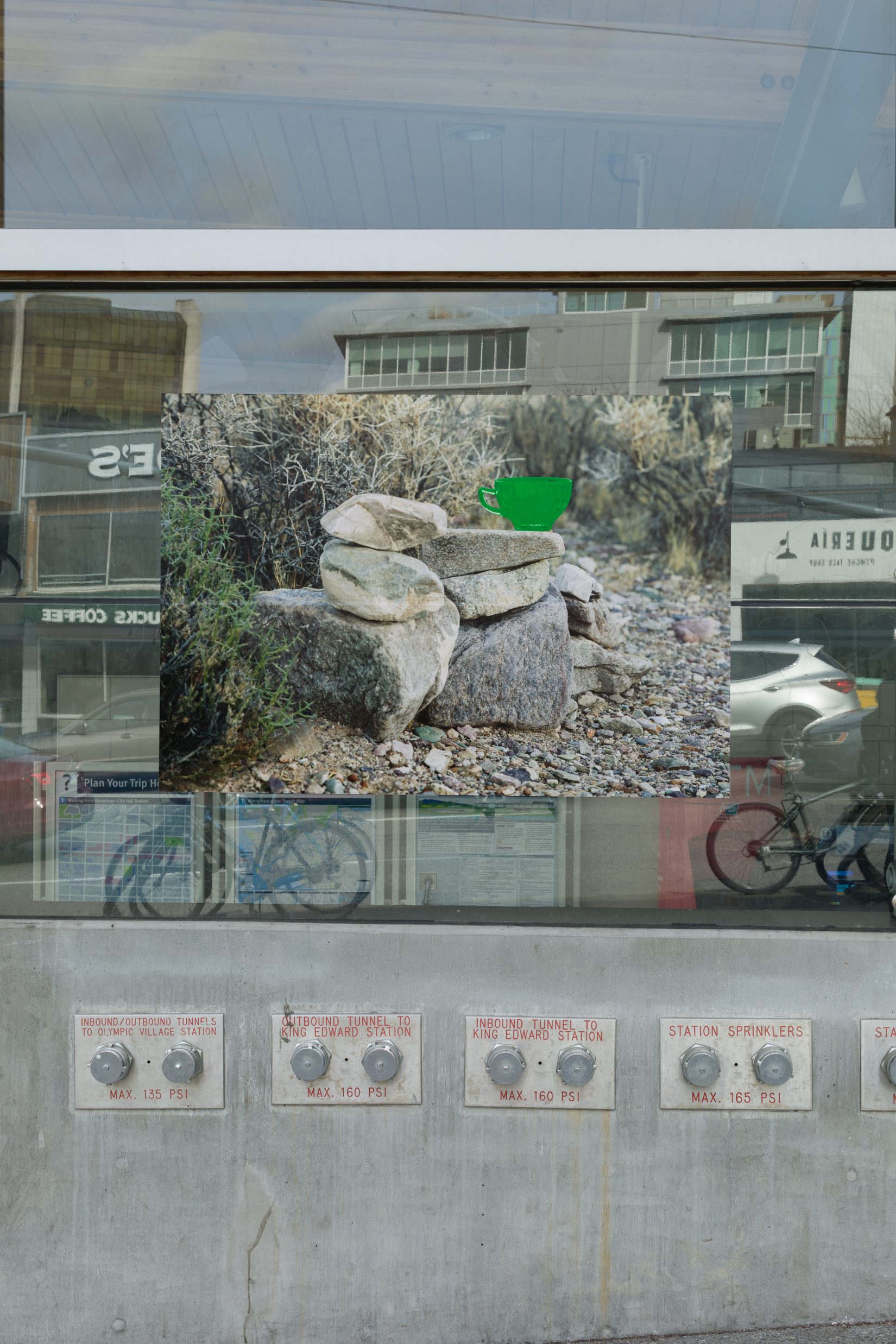 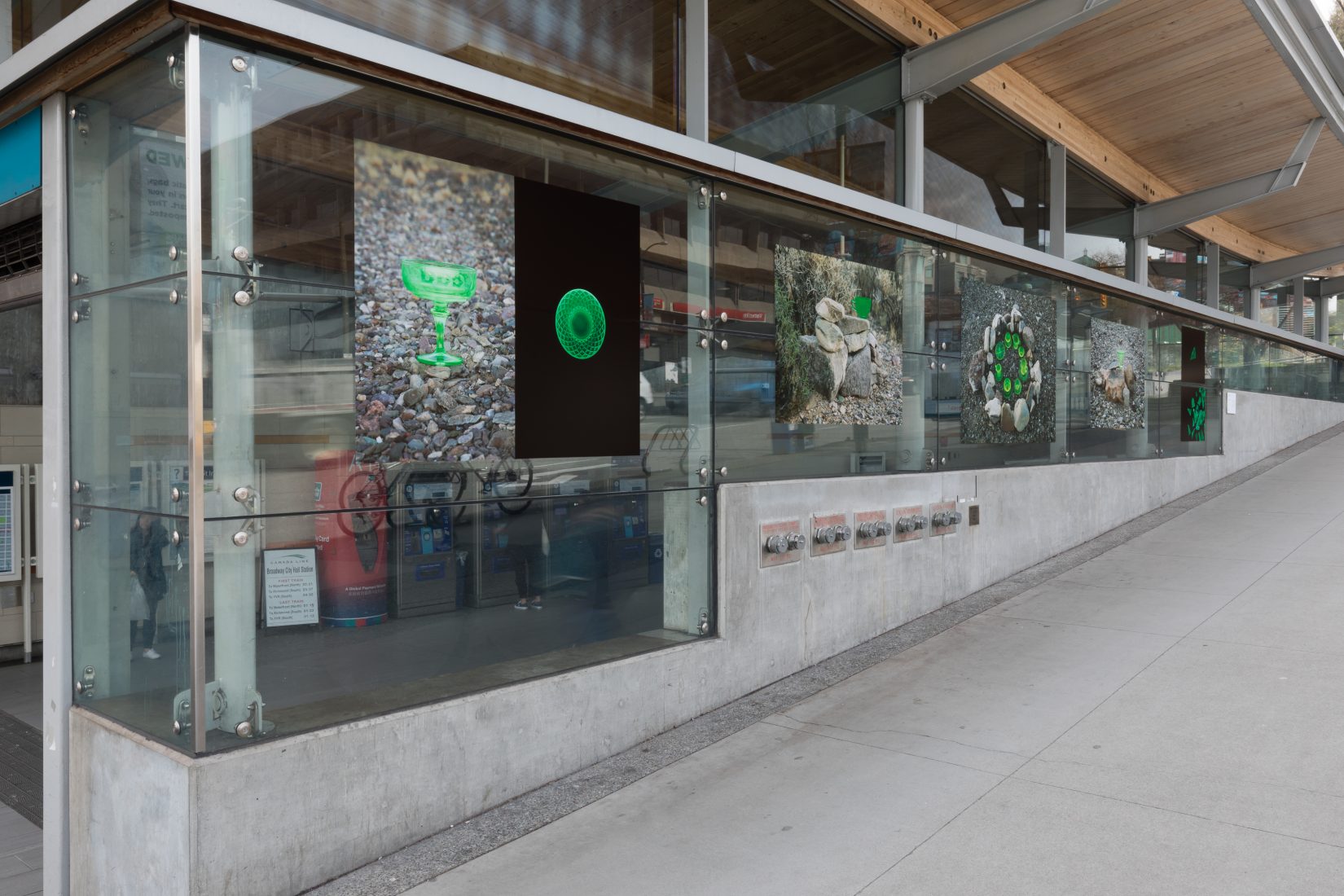 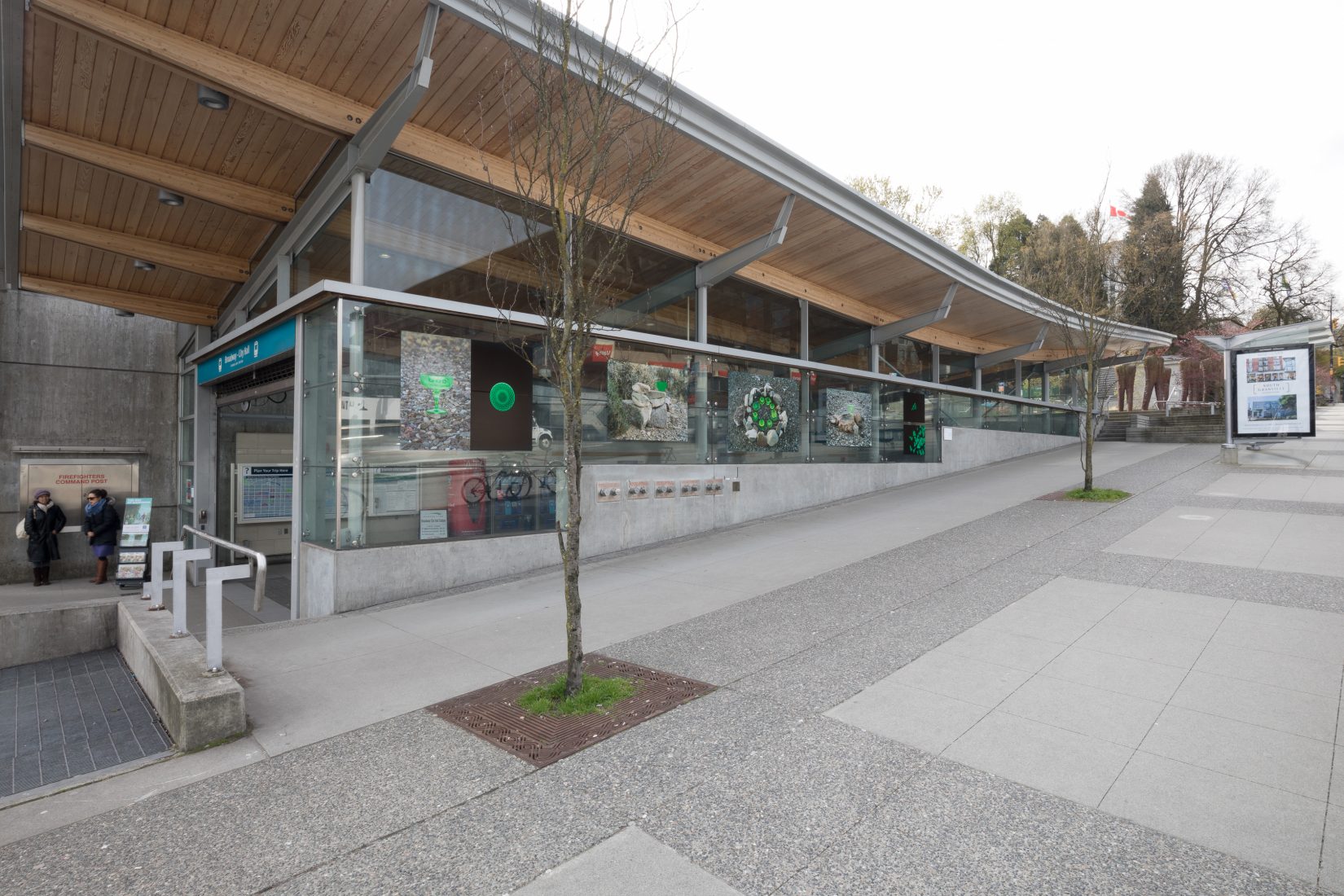 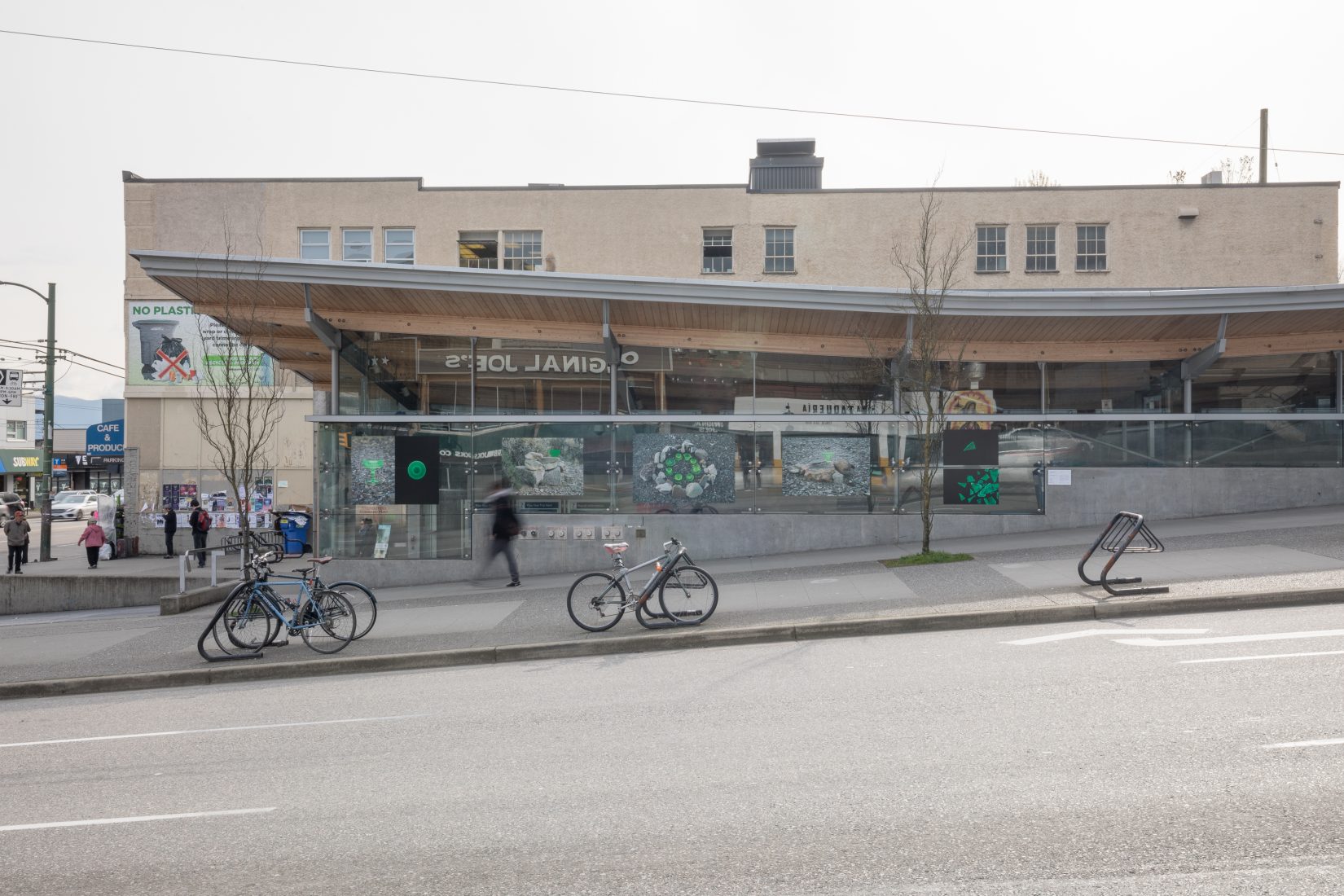 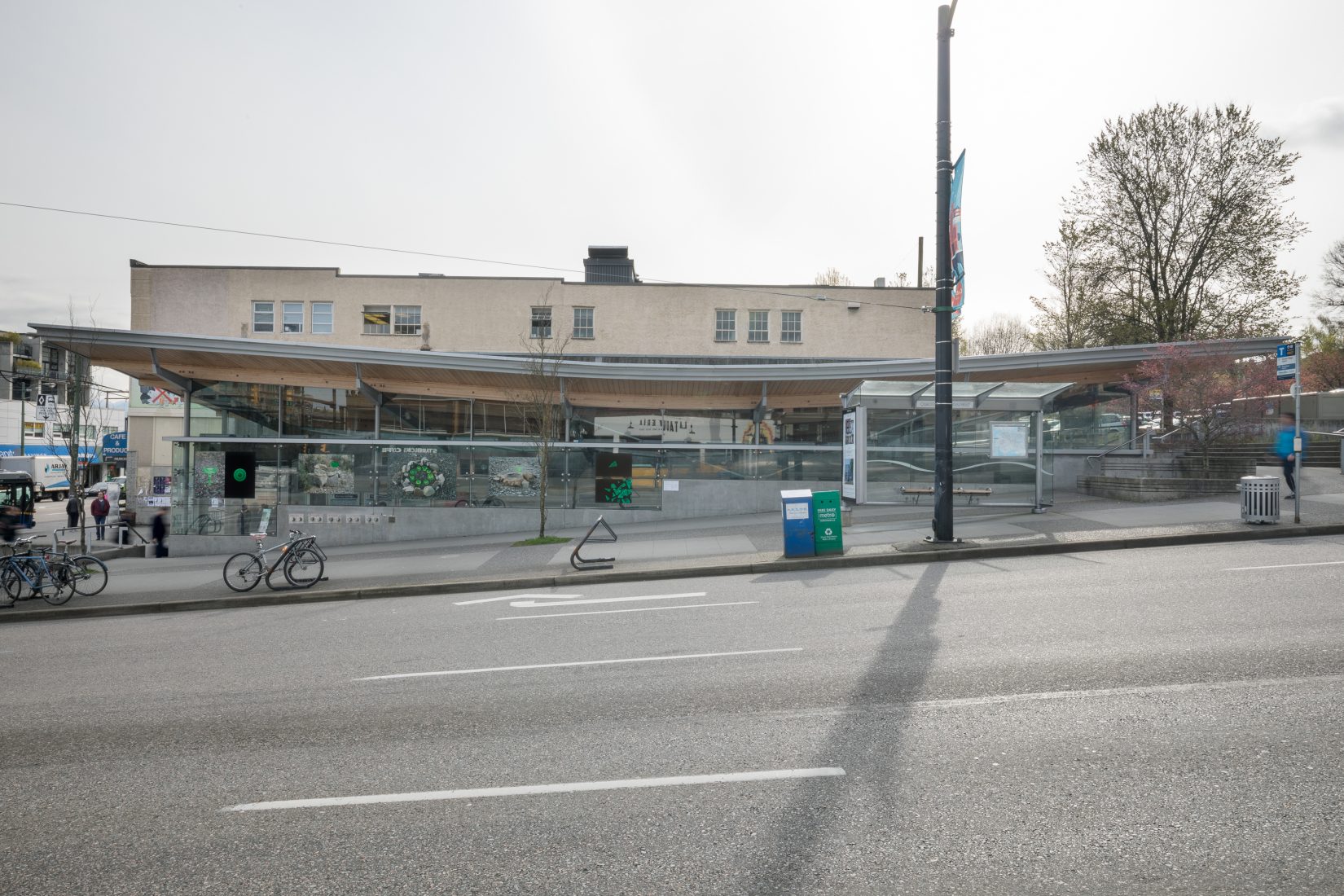 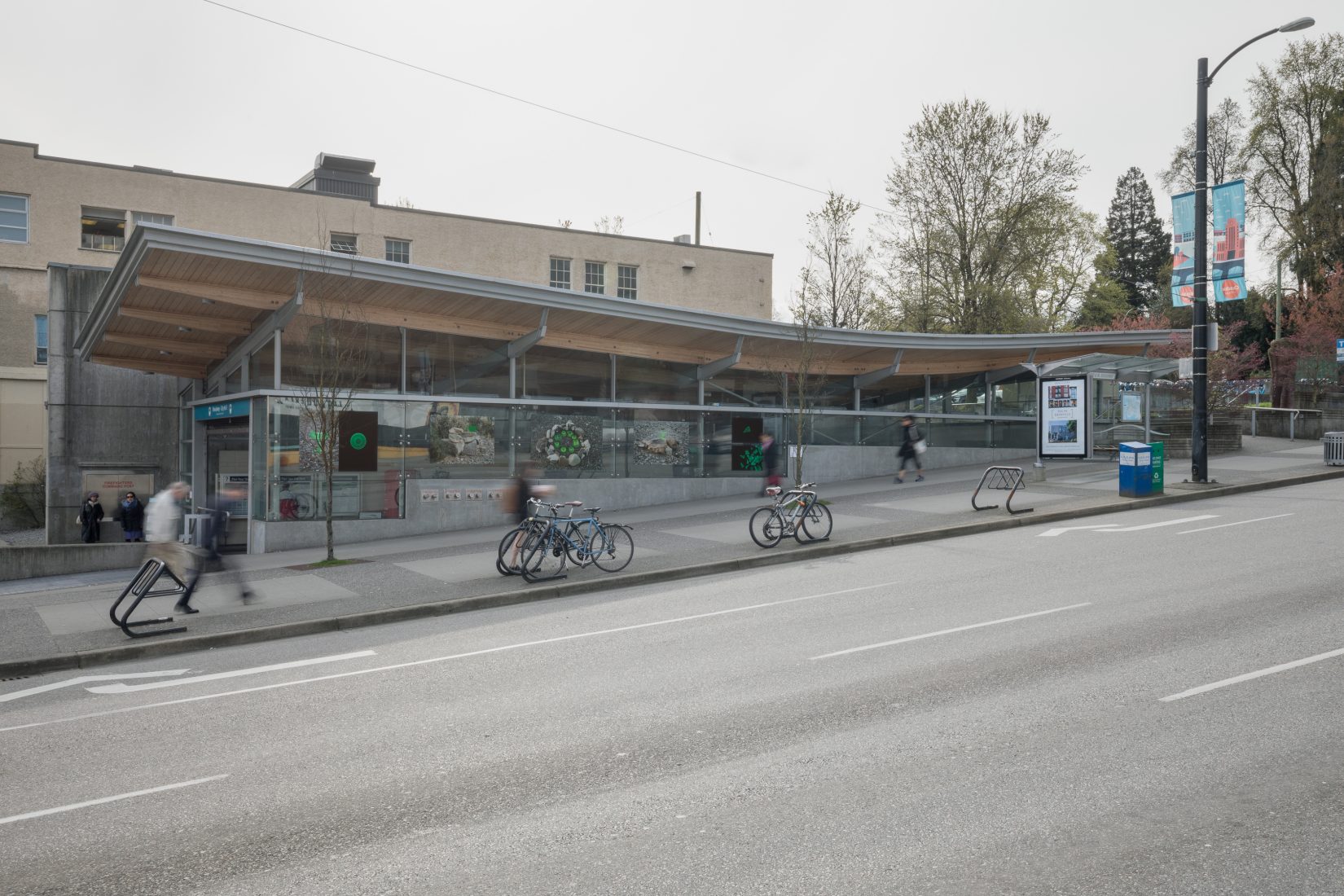 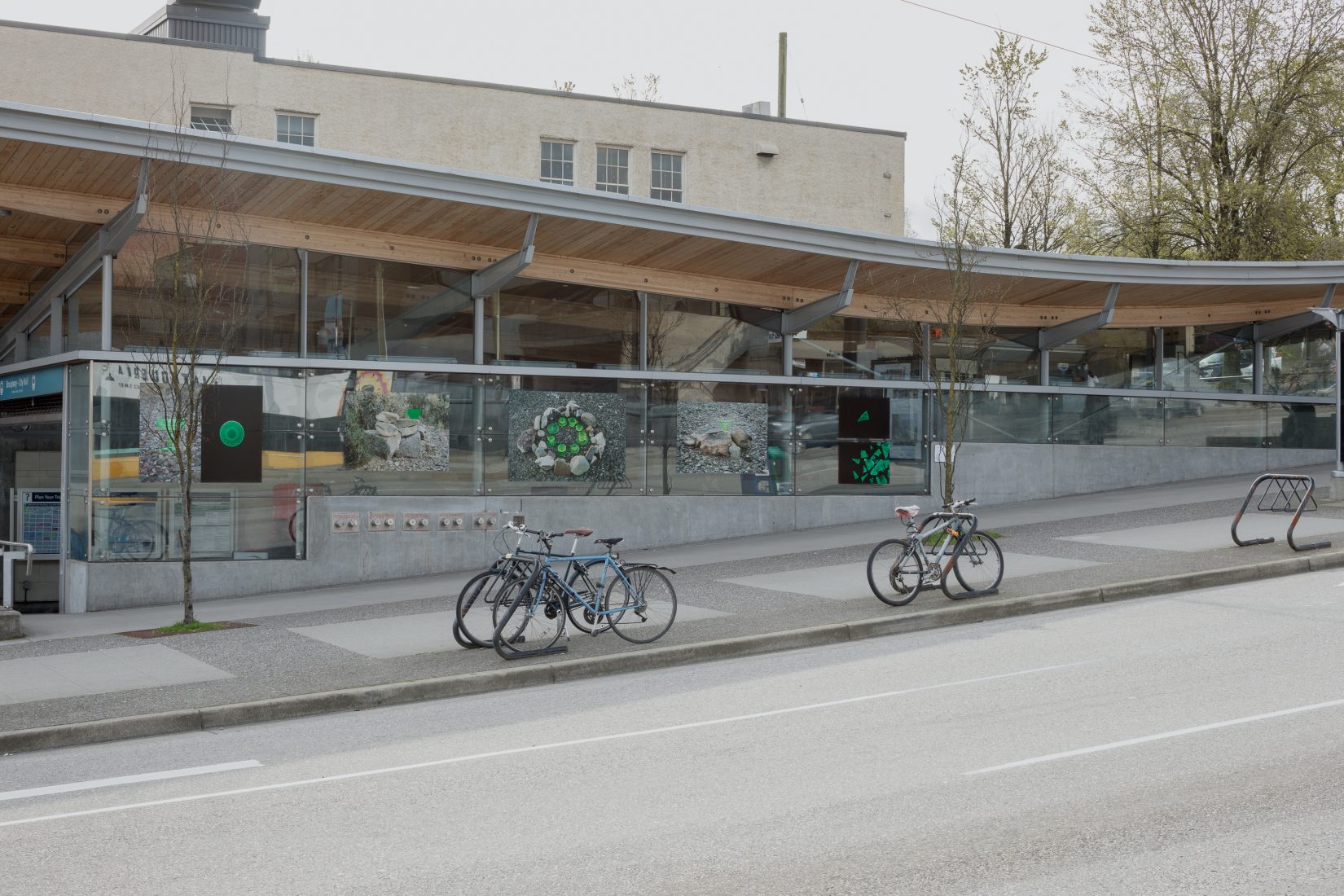 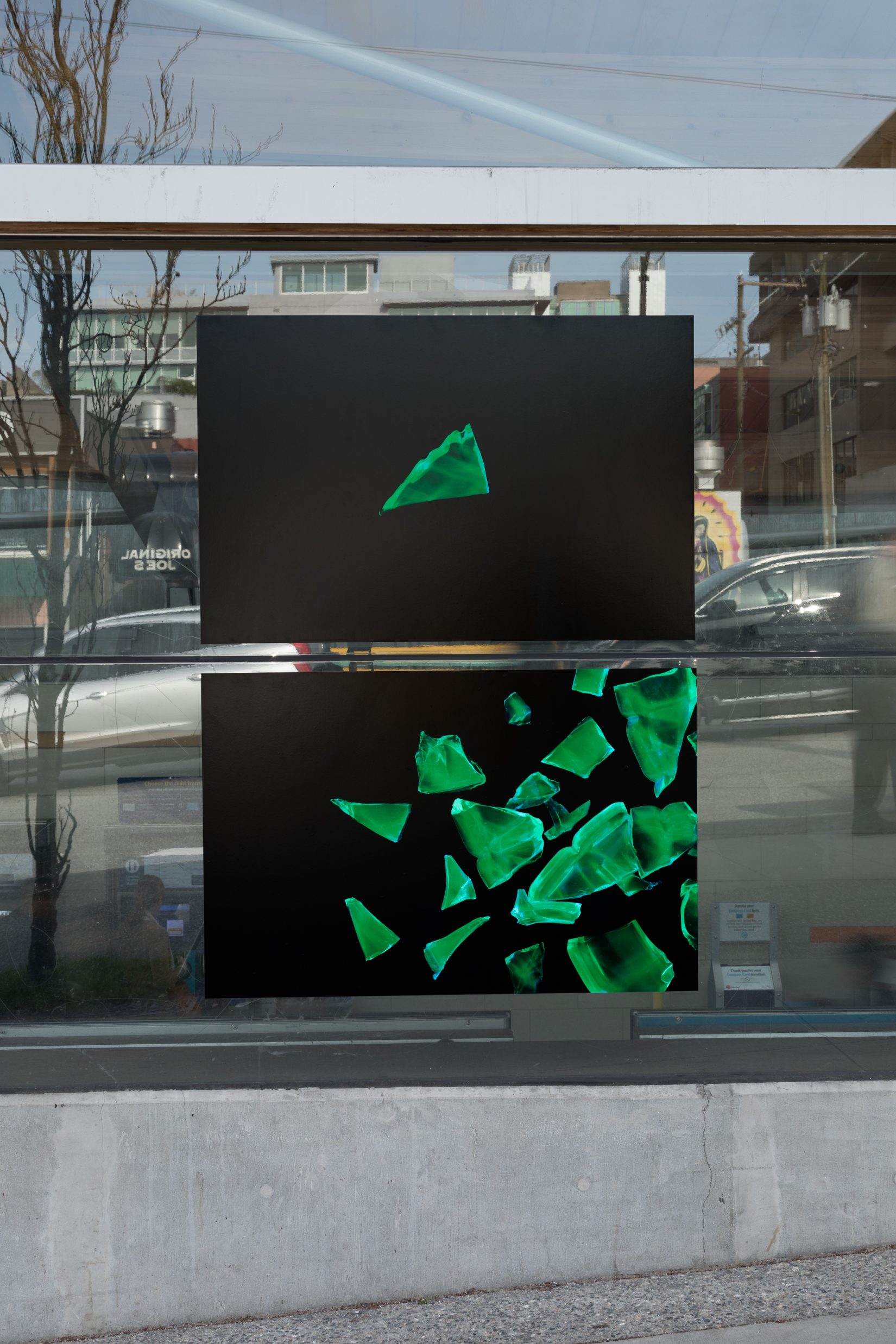 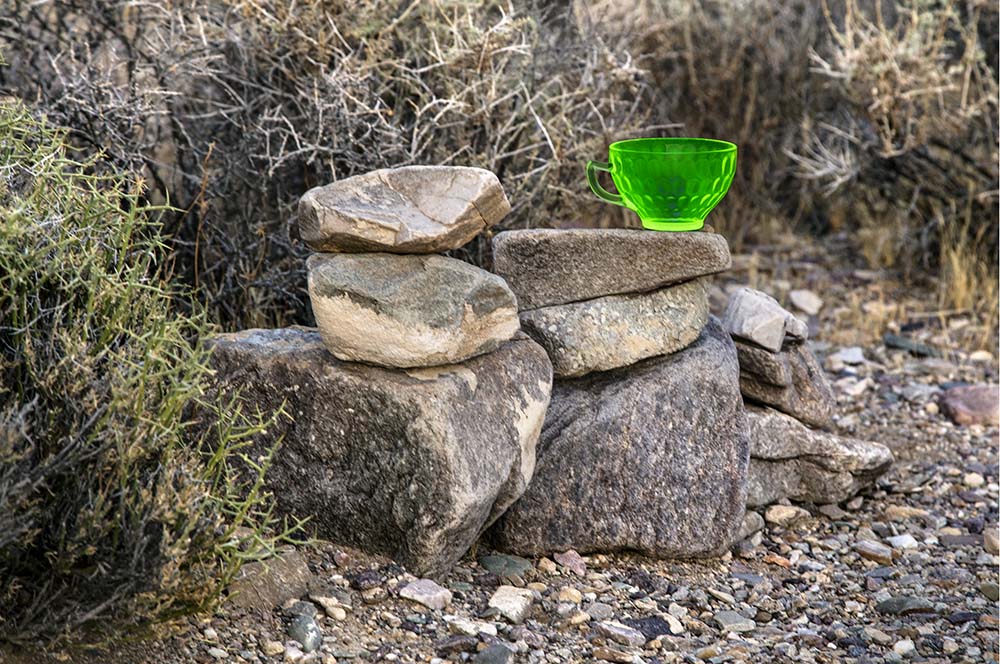 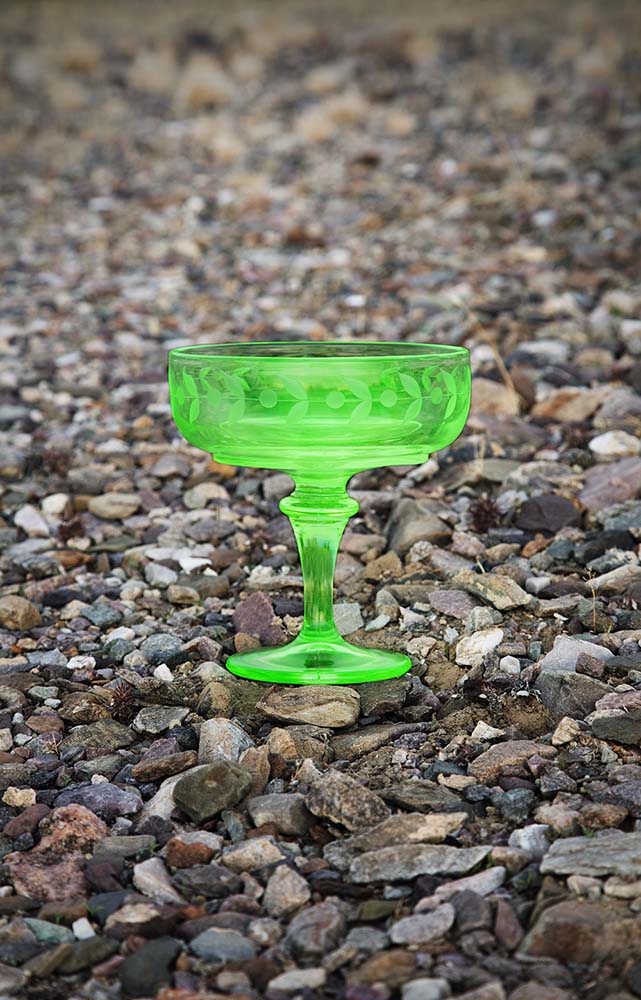 In her ongoing project Proving Ground, Erin Siddall delves into global histories of nuclear power, from the Cold War era to the present—a topic of enduring pertinence, not only in light of past disasters, but also with the potential for new catastrophes within the current unstable geopolitical climate.

With the objective of shedding light on these seemingly “unrepresentable” histories as she puts it, Siddall focuses her camera on the once coveted commodity known as uranium glass in Proving Ground, Nevada, Vancouver, a new iteration of Proving Ground. Admired for its hues ranging from yellow to green, uranium glass was popularly used to make dishware and miscellaneous novelty items. First manufactured in the mid-nineteenth century, its production was curtailed during World War II; in the US, the Manhattan Project monopolized demand for uranium, and subsequently, it was used to fuel nuclear reactors during the Cold War.

Formally, Proving Ground, Nevada, Vancouver can be read as a series of still lifes. Documenting this little-known history of material culture, Siddall photographs uranium glassware both individually and in groupings of almost talismanic arrangements against the rocky terrain of a peace camp located outside the infamous Nevada Testing Site. By shining an ultraviolet light onto these objects—symbols of the peace protesters themselves—Siddall transforms them into a glowing fluorescent shade of green, thus revealing their concealed radioactivity. Highlighting what she describes as the “invisible threat to the body” of these seemingly mundane objects, Siddall subtly explores the “hidden trauma in the landscape.”

These photographs taken in situ are interspersed with other photographs of the same objects, but this time photographed miles away from the Nevada site in the safety of her Vancouver studio. The transparent bowls, cups, and saucers—some in shattered shards, some reconfigured as assemblages—appear to float against a white, light-filled backdrop. In Siddall’s focus on their radiant and fragile materiality, they become otherworldly reminders of the precariousness of peace and the innocent desire for domestic embellishment they once signalled.

BAF, in partnership with Capture, presents Siddall’s assemblages in their street-level windows on Broadway in tandem with her photographs exhibited at the Broadway City–Hall station.