The evolution of Presentation House Gallery, The Polygon Gallery represents an exciting new space in which to continue the organization’s exhibition program, which focuses on situating contemporary Canadian art in an international and historical context with an emphasis on photography. On The Polygon’s first floor, which is open and publicly accessible, the BAF will install a new public artwork annually over the next ten years.

Macleod’s work, The Butcher’s Apron, addresses the complicated histories behind the creation of Greater Vancouver as we know it today. Lying on unceded Coast Salish territories, the region remains a contested site fraught with racial, class, and institutional tension. The sculpture is a scale model of the HMS Discovery, the naval vessel captained by George Vancouver that led to the first contact between the European crew and captain and the region’s Indigenous inhabitants.

The Butcher’s Apron depicts the ship long after its arrival in what is now Vancouver, when it had been adapted to serve another role – housing the city’s convict population. The vessel was moored and two levels were added so that it could serve as a makeshift prison. Even the name of the ship speaks to its troubled history – today, the term ‘discovered’ is insensitive in light of the suffering endured by Indigenous peoples post-contact. The name of the finished work also references the violence of colonialism: ‘The Butcher’s Apron’ is a derogatory Irish term for the Union Jack flag, describing not only its blood-streaked appearance, but the bloodshed that occurred in countries under British rule.

The Butcher’s Apron fits into Macleod’s larger practice of photography, painting, and large-scale installations. Within Vancouver, she is known for ‘The Birds’, her large public art commission in Olympic Village. Her works expose the overlapping and intersecting of pop culture, art history, and folk tradition, drawing parallels between how art and mass media are created, circulated, and consumed. 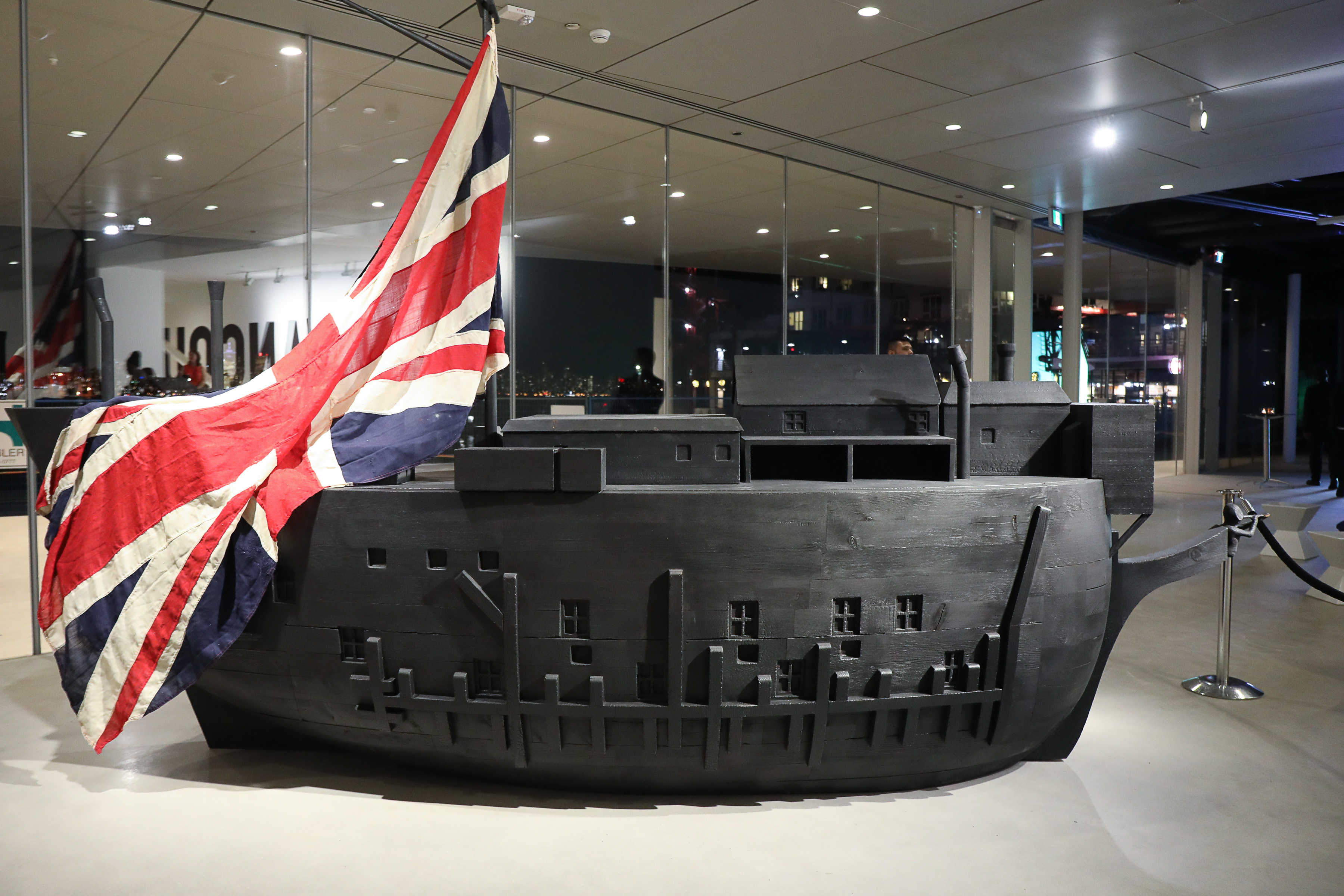