The Burrard Arts Foundation’s newest public art installation explores global histories of nuclear power – histories that are often shrouded in mystery and danger. In partnership with Capture Photography Festival and InTransit, we are proud to unveil ‘Proving Ground, Nevada, Vancouver’, a new work by Erin Siddall. The first of a recurring BAF commission at the Broadway-City Hall Canada Line station, the photographic public art project is accompanied by a sculptural work to be displayed at BAF Gallery from March 22nd to May 12th, 2018.

The sculptural and photographic works both investigate uranium glass, which was commonly used to make dishware and other novelty items before the Second World War. Often distributed by companies as free perks to their customers in the 1930s, uranium was used to give the glass a yellow or acid-green tint. Recalling a time before radiation was associated with conflict and destruction, the items’ radioactivity is revealed only when they fluoresce green under UV light.

For the public installation, Siddall photographed uranium dishes from her personal collection at a former protest camp in Nevada, near the Mercury Nuclear Testing site. During the Cold War, anti-nuclear demonstrations and encampments occurred here. Siddall photographs the dishes both individually, propped up on rocks as if set down by the protesters who once inhabited this space, and grouped in circular arrangements evoking ritual and incantation. The images shot on location are interspersed with photographs taken in her Vancouver studio, which highlight the dishes’ otherworldly fluorescence against a dark background. 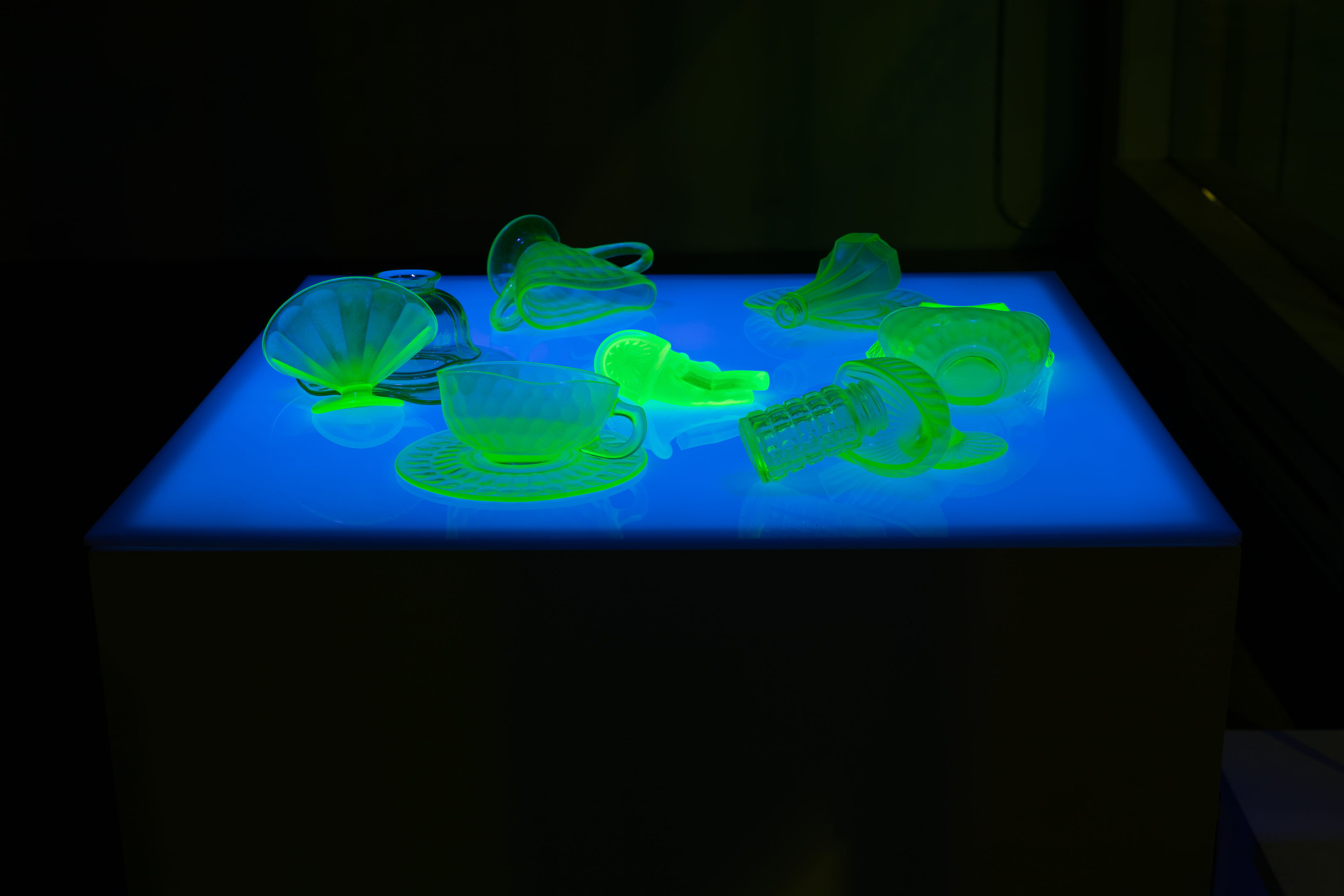 In ‘Doomsday Counter’, her accompanying BAF Gallery sculptural work, Siddall heat-treated the glass objects to create warped distortions in their form. She then recreated the photographs’ circular arrangement, lit from above and below with UV light to create a glowing, unsettling beacon in the window storefront of the gallery.

Though looming nuclear threat tends to be associated with the Cold War, atomic anxiety has again become relevant in our climate of uncertainty. With ultraviolet light, Siddall has made visible the histories of danger and conflict latent within these seemingly mundane objects. Through visual representation, Siddall transforms these fraught ideas into something strange and beautiful, sparking the interest of passerby and inviting conversation. Broadway-City Hall is one of the busier Canada Line stations, situated near Vancouver General Hospital and connecting many areas of our city. With this new recurring public art commission, the Burrard Arts Foundation and Capture Photography Festival aim to support local artists by providing a platform that reaches a wider, public audience. This social hub provides the perfect setting to engage with the community and enhance Vancouver’s cultural landscape. 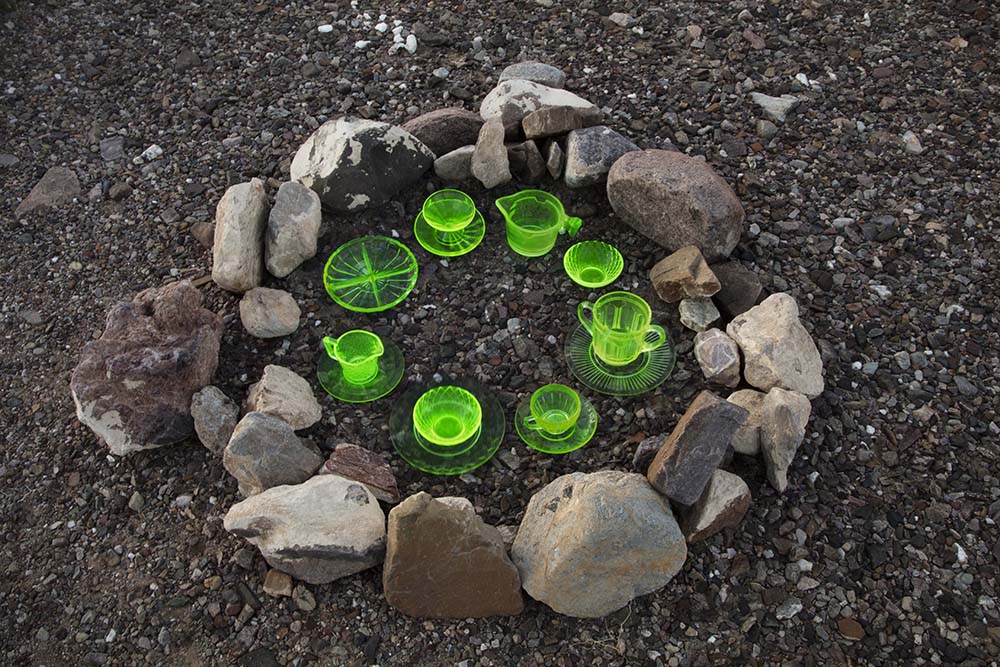