With a career spanning four decades, Paul Wong has been an instrumental proponent to contemporary art in Canada. Often with an element of narrative, much of his work is site-specific or video-based. An award-winning artist and curator, Wong has led public arts policy, organized festivals and public interventions, and been a founding member of groups including VIVO Media Arts and the Mainstreeters collective. His works have been collected internationally, by institutions including the National Gallery of Canada and Whitney Museum of American Art. He is the recipient of major awards including the 2015 Governor General’s Award in Visual and Media Art and the 2016 Audain Prize for Lifetime Achievement in the Visual Arts. His Façade Festival 2017 project will shine a light on a piece of recent Vancouver history many would prefer to forget: the 2011 Stanley Cup Riots.

Describe your project for Façade Fest 2017.

Winners & Losers is based on video recordings made on the streets of downtown Vancouver before, during, and after the 2011 riots that took place after the Stanley Cup Finals.  It is a look at euphoria and mass spectacle; a juxtaposition of the behaviours of winners and losers.

Have you ever worked in video art or projection mapping before? To what extent was working with this technology a new experience for you?

I have created work for video screens of all sizes and shapes, and have projected in on a wide range of conditions and surfaces. I have also worked with video mapping before.

Is your Façade idea an entirely new project, or are you further developing existing themes?

The source material for Winners & Losers was recorded in 2011.  It was intended to be experienced as 3 screen large video projection installation. Façade Festival presented the ideal location, context and facade to show this work.

Your work will be projected over the entire façade of the Vancouver Art Gallery. Have you ever worked in such a large scale before? What has been exciting, and challenging, about the process?

I have been creating large scale public art projects and projections throughout my career. It is an exciting progression to be involved in a curated project for which all the framework for production and presentation is provided.  Kaboom – it’s a spectacular canvas and location, 8 synced video projectors, and sound.

See Paul Wong’s projection mapped artwork in Façade Festival 2017 – it will be shown from 7:30PM to Midnight on Friday, September 8th, as well as in the encore presentations on September 9th and 10th. 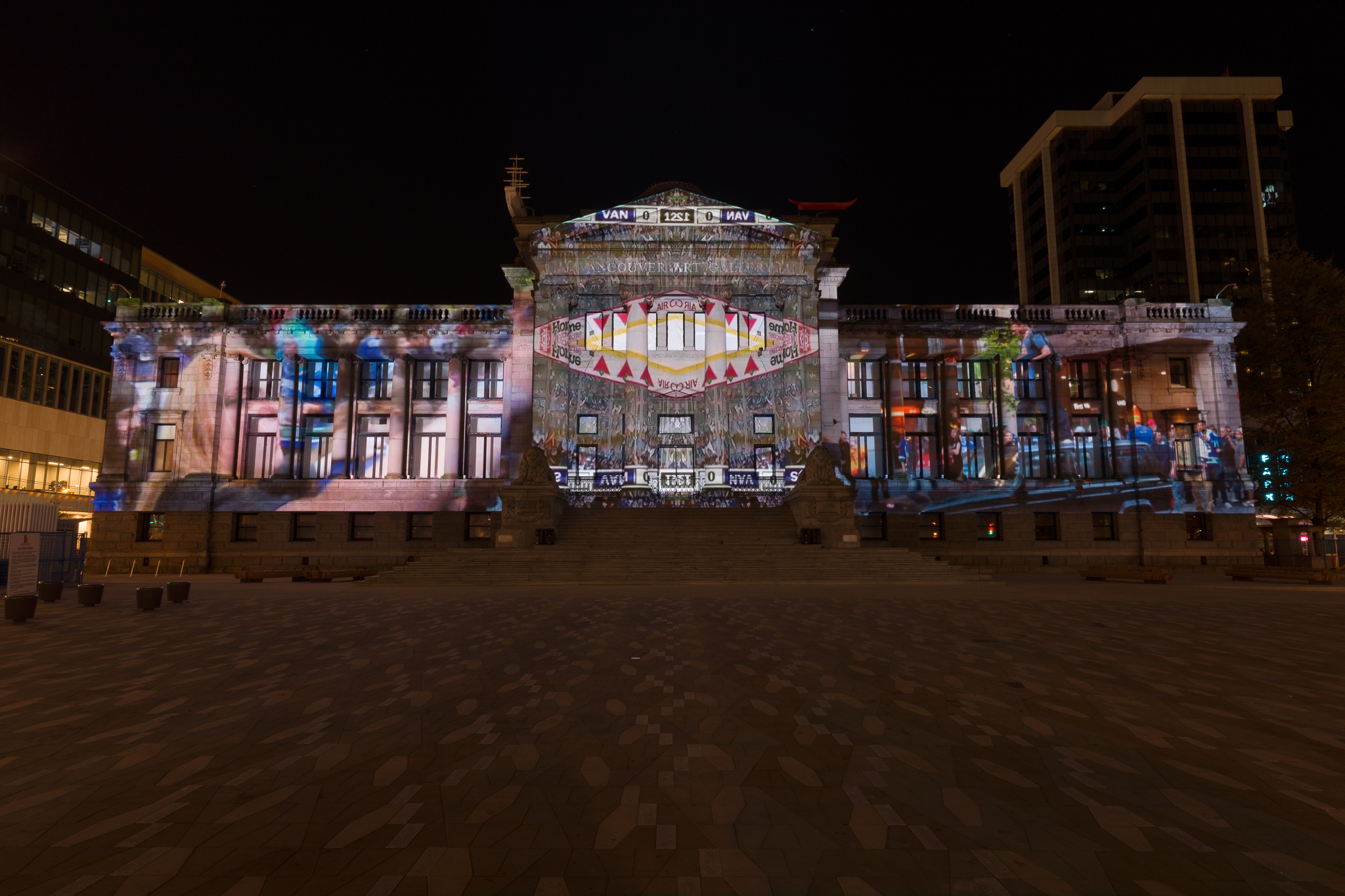