“I like to start my day with a few hours of reading. Studying art history and theory motivates me to get to the studio, and those ideas then find their way into the work while I’m painting.” – Kate Metten

Looking for some inspiration – or distraction – as we all socially distance inside our homes? Here are the books Kate Metten is enjoying during this newfound downtime. 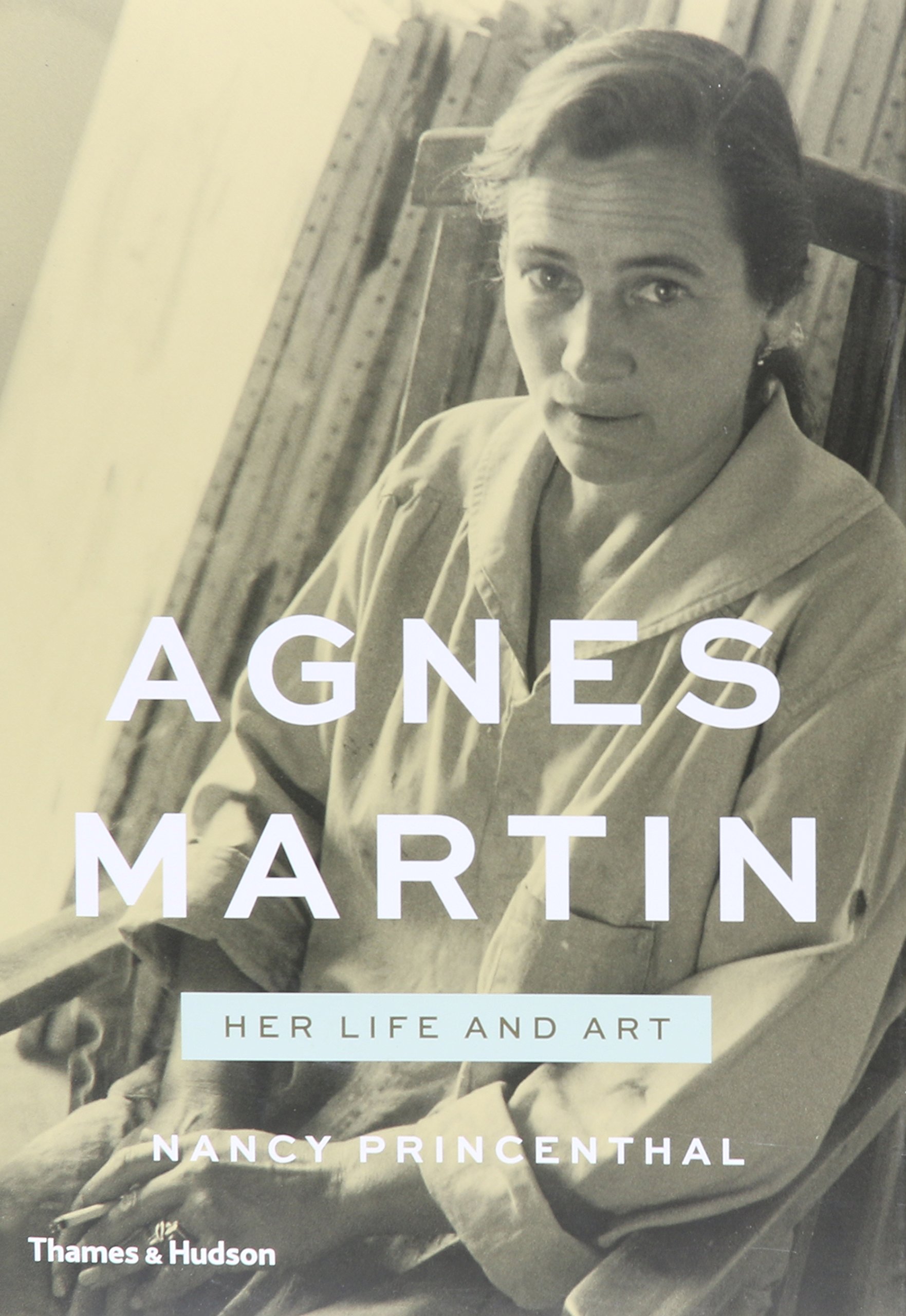 Over the course of a career that spanned fifty years, Agnes Martin’s austere, serene work anticipated and helped to define Minimalism, even as she battled psychological crises and carved out a solitary existence in the American Southwest. Martin identified with the Abstract Expressionists but her commitment to linear geometry caused her to be associated in turn with Minimalist, feminist, and even outsider artists. She moved through some of the liveliest art communities of her time while maintaining a legendary reserve.

No substantial critical monograph exists on this acclaimed artist, the recipient of two career retrospectives as well as the National Medal of the Arts, who was championed by critics as diverse in their approaches as Lucy Lippard, Lawrence Alloway, and Rosalind Krauss. Furthermore, no attempt has been made to describe her extraordinary life. The whole engrossing story, told here for the first time,  is essential reading for anyone interested in abstract art or the history of women artists in America. (Goodreads) 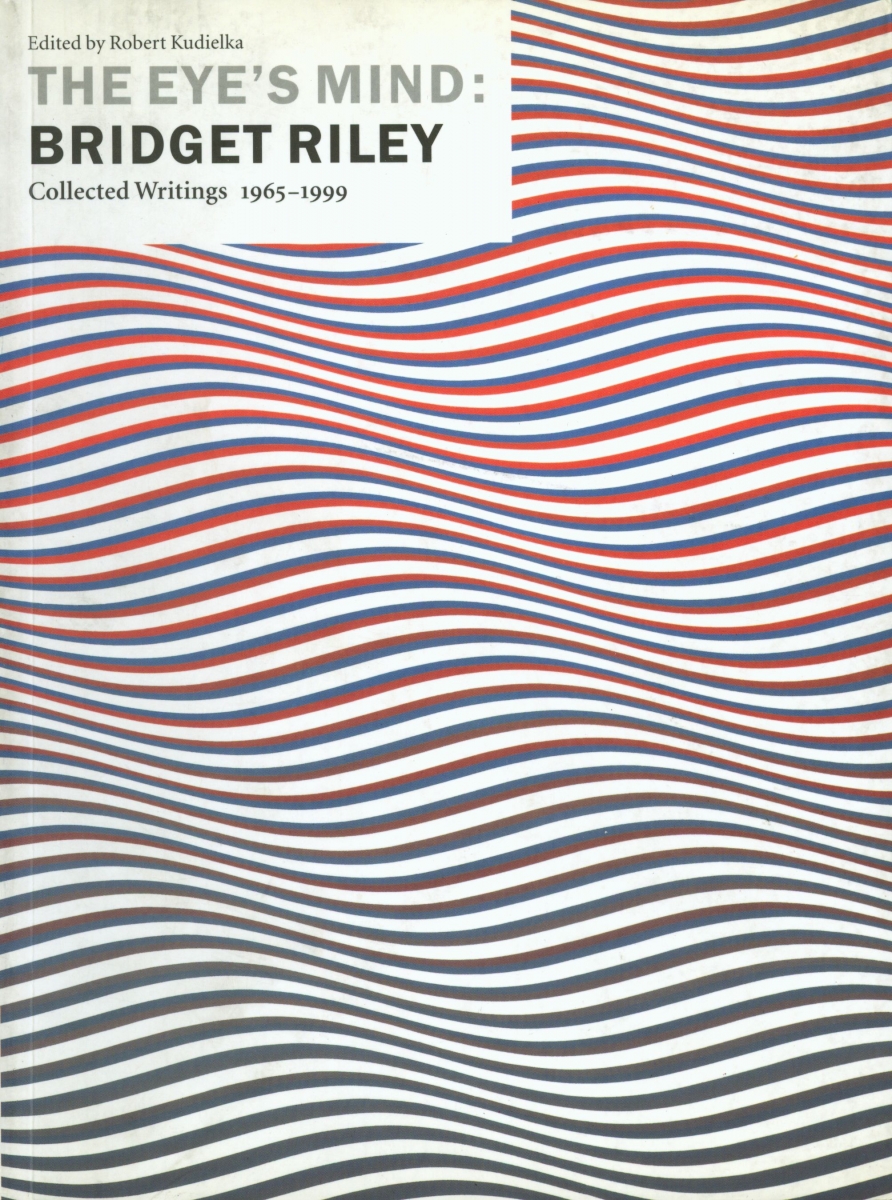 This is a compendium of Bridget Riley’s candid writings and interviews, revealing her thoughts on art, the development of her own work and her views on other artists including Seurat, Mondrian and Nauman. (Amazon) 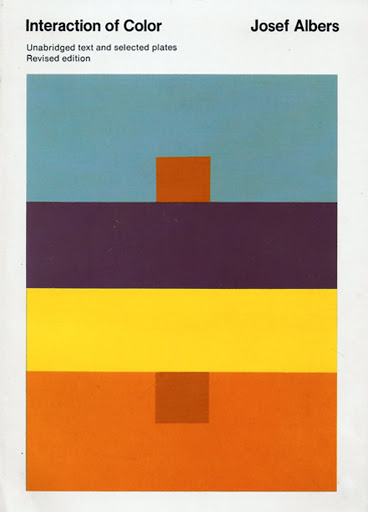 Josef Albers’s Interaction of Color is a masterwork in art education. Conceived as a handbook and teaching aid for artists, instructors, and students, this influential book presents Albers’s singular explanation of complex colour theory principles.

Originally published by Yale University Press in 1963 as a limited silkscreen edition with 150 colour plates, Interaction of Color first appeared in paperback in 1971, featuring ten colour studies chosen by Albers, and has remained in print ever since. With over a quarter of a million copies sold in its various editions since 1963, Interaction of Color  remains an essential resource on colour, as pioneering today as when Albers first created it.  Fifty years after Interaction’s initial publication, new editions present a significantly expanded selection of colour studies alongside Albers’s original text, demonstrating such principles as colour relativity, intensity, and temperature; vibrating and vanishing boundaries; and the illusion of transparency and reversed grounds. (Amazon) 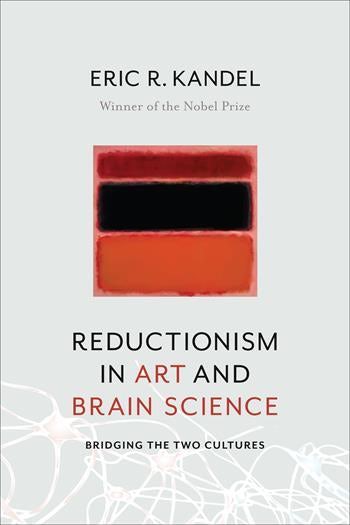 Are art and science separated by an unbridgeable divide? Can they find common ground? In this book, neuroscientist Eric R. Kandel demonstrates how science can inform the way we experience a work of art and seek to understand its meaning. Kandel illustrates how reductionism―the distillation of larger scientific or aesthetic concepts into smaller, more tractable components―has been used by scientists and artists alike to pursue their respective truths.

Kandel shows how this  approach has been employed by modern artists who distill their subjective world into colour, form, and light. Featuring captivating drawings of the brain alongside full-colour reproductions of modern art masterpieces, this book draws out the common concerns of science and art and how they illuminate each other. (Goodreads)

Note from Kate Metten: “In 2021, I will be continuing this line of research in collaboration with neuroscientists at Berlin’s School of Mind and Brain, in my upcoming residency at GlogauAIR Art Residency Berlin.” 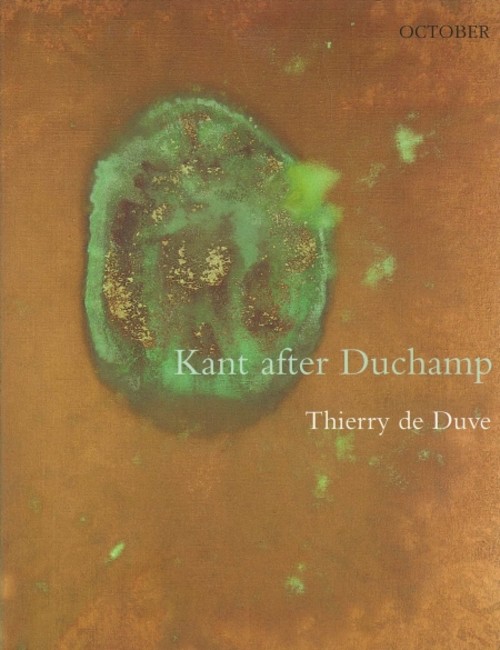 Kant after Duchamp brings together eight essays around a central thesis with many implications for the history of avant-gardes. Although Duchamp’s ready mades broke with all previously known styles, de Duve observes that he made the logic of modernist art practice the subject matter of his work, a shift in aesthetic judgment that replaced the classical this is beautiful with this is art. De Duve employs this shift (replacing the word beauty by the word art) in a rereading of Kant’s Critique of Judgment that reveals the hidden links between the radical experiments of Duchamp and the Dadaists and mainstream pictorial modernism. (Goodreads) 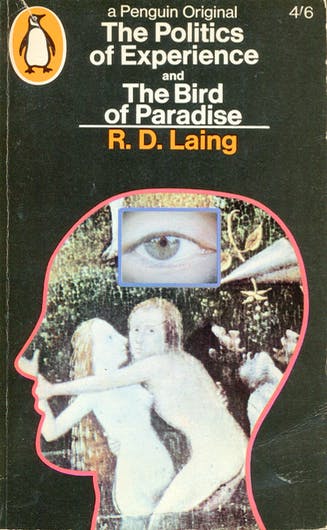 In ‘The Politics of Experience’ and the visionary ‘Bird of Paradise’, R.D. Laing shows how the straitjacket of conformity imposed on us all leads to intense feelings of alienation and a tragic waste of human potential. He throws into question the notion of normality, examines schizophrenia and psychotherapy, transcendence and ‘us and them’ thinking, and illustrates his ideas with a remarkable case history of a ten-day psychosis. This outline of ‘a thoroughly self-conscious and self-critical human account of man’ represents a major attempt to understand our deepest dilemmas and sketch in solutions. (Amazon)

The book is comprised of two parts – the first a collection of seven articles previously published between 1962 and 1965;  the second a free-flowing quasi-autobiographical piece of poetry and prose. The work was inspired in part by Laing’s extensive experimentation with LSD, but also owes a debt (among others) to Gregory Bateson and Jean-Paul Sartre. (Wikipedia) 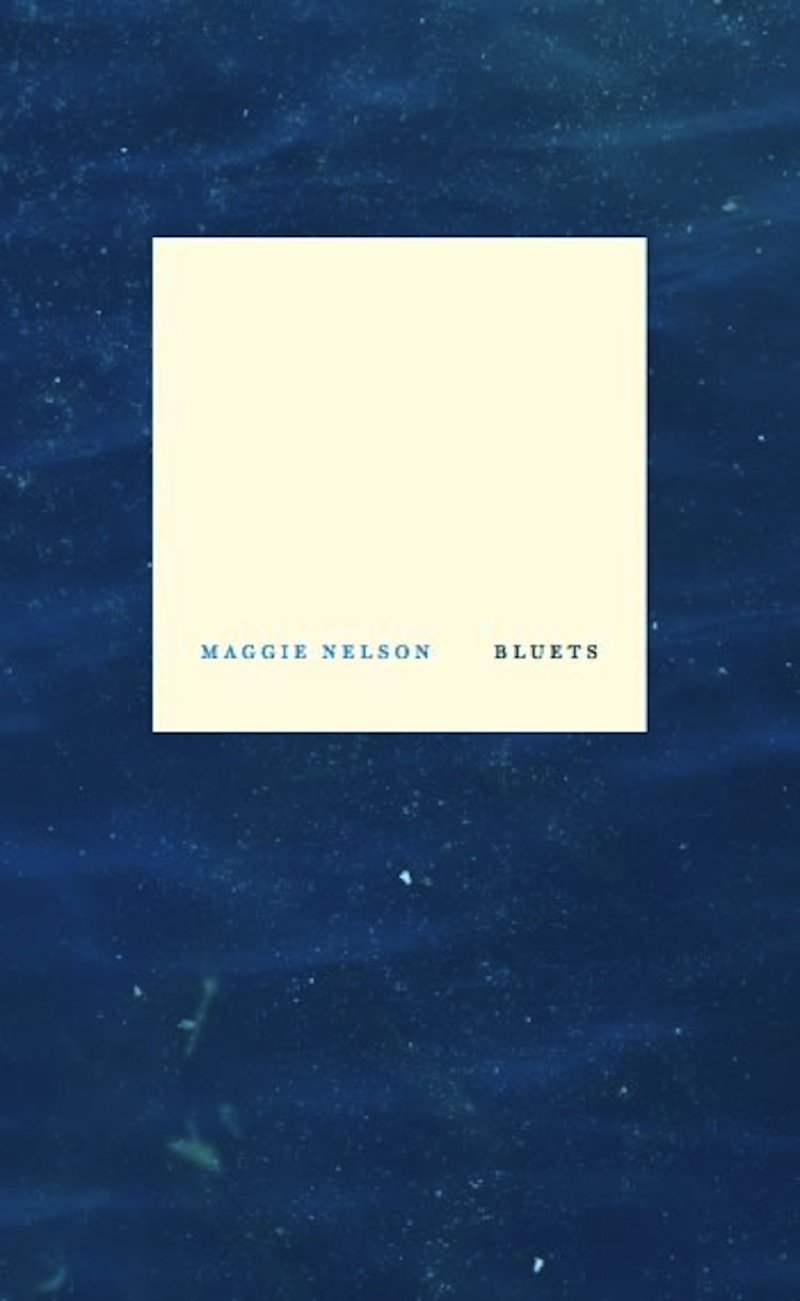 A lyrical, philosophical, and often explicit exploration of personal suffering and the limitations of vision and love, as refracted through the colour blue. With Bluets, Maggie Nelson has entered the pantheon of brilliant lyric essayists. The work hybridizes several prose and poetry styles as it documents Nelson’s multifaceted experience with the colour blue. (Goodreads) 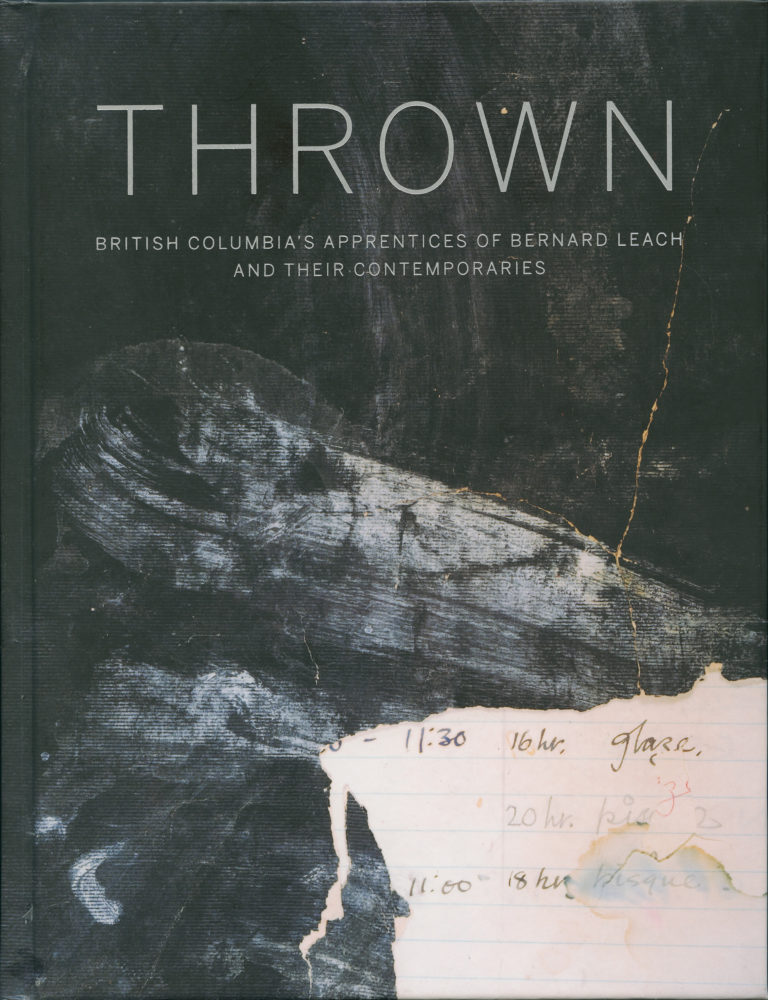 For fans of contemporary art and arts & crafts, this book is the first of its kind in the history of art in Vancouver. Thrown brings together essays by curators, first hand accounts by potters, archival documents, photographs and letters from the personal collections of seven highly respected potters who began to throw pots in the Vancouver west coast area during the 1960s.

The book is inspired by the Morris and Helen Belkin Art Gallery’s ground breaking exhibition, Thrown: Influences and Intentions of West Coast Potters Filled with colour and black & white pictures, stories and letters, Thrown will enchant anyone who is interested in the Vancouver art scene of the 1960s and 1970s. (Morris and Helen Belkin Art Gallery)

Note from Kate Metten: “I’m reading this one because I’m preparing for a ceramic group show at the Nanaimo Art Gallery this November. Fingers crossed that it goes ahead – the opening date has already been pushed back once due to COVID-19.” 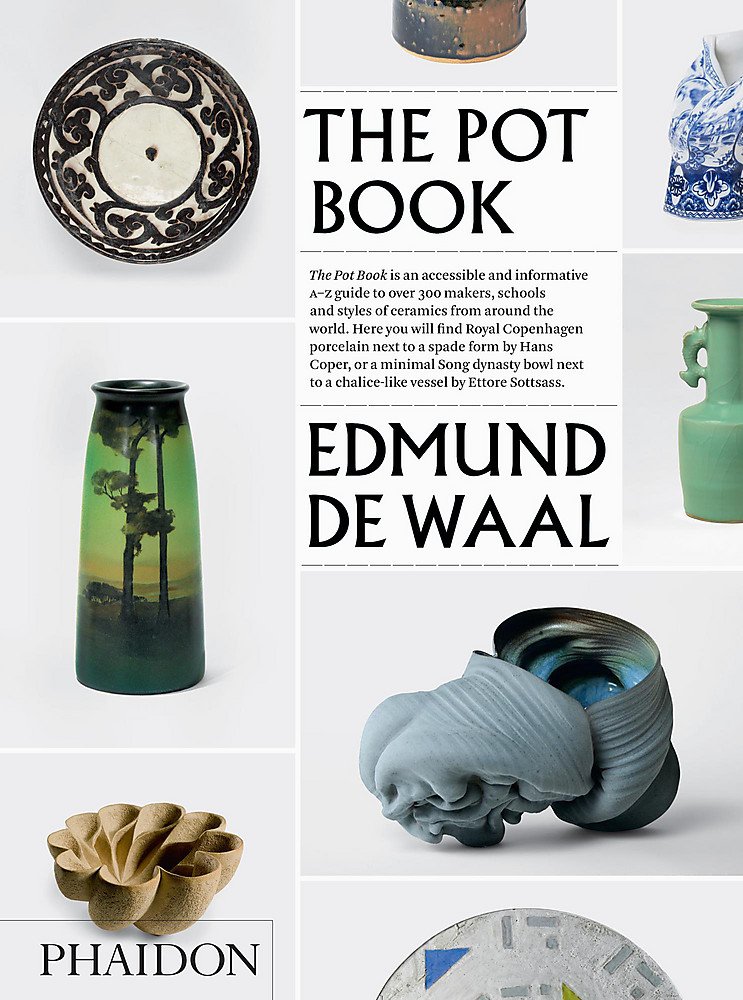 The history of ceramic art is ingrained in the history of mankind. Clay is one of the very first materials ‘invented’ by man. An essential part of our lives it has been moulded, thrown, glazed, decorated and fired for over 30,000 years in order to preserve and transport food and water. And it was on the surface of these early jugs, vases, dishes, plates, beakers and amphorae that man placed some of his first decorative markings. In more recent times clay has been used not just by artisans and potters, but also by artists, designers and architects.

The Pot Book is the first publication to document the extraordinary range and variety of ceramic vessels of all periods, from a delicate bowl made by an unnamed artisan in China in the third millennium bc, or a jug made in eighteenth-century Dresden, to a plate made by Picasso in 1952, a ‘spade form’ made by Hans Coper or the vases of Grayson Perry today. Each entry is sequenced in alphabetical order by the name of the artist/potter, the school, or style, creating a grand tour through the very finest examples of the art form. (Goodreads) 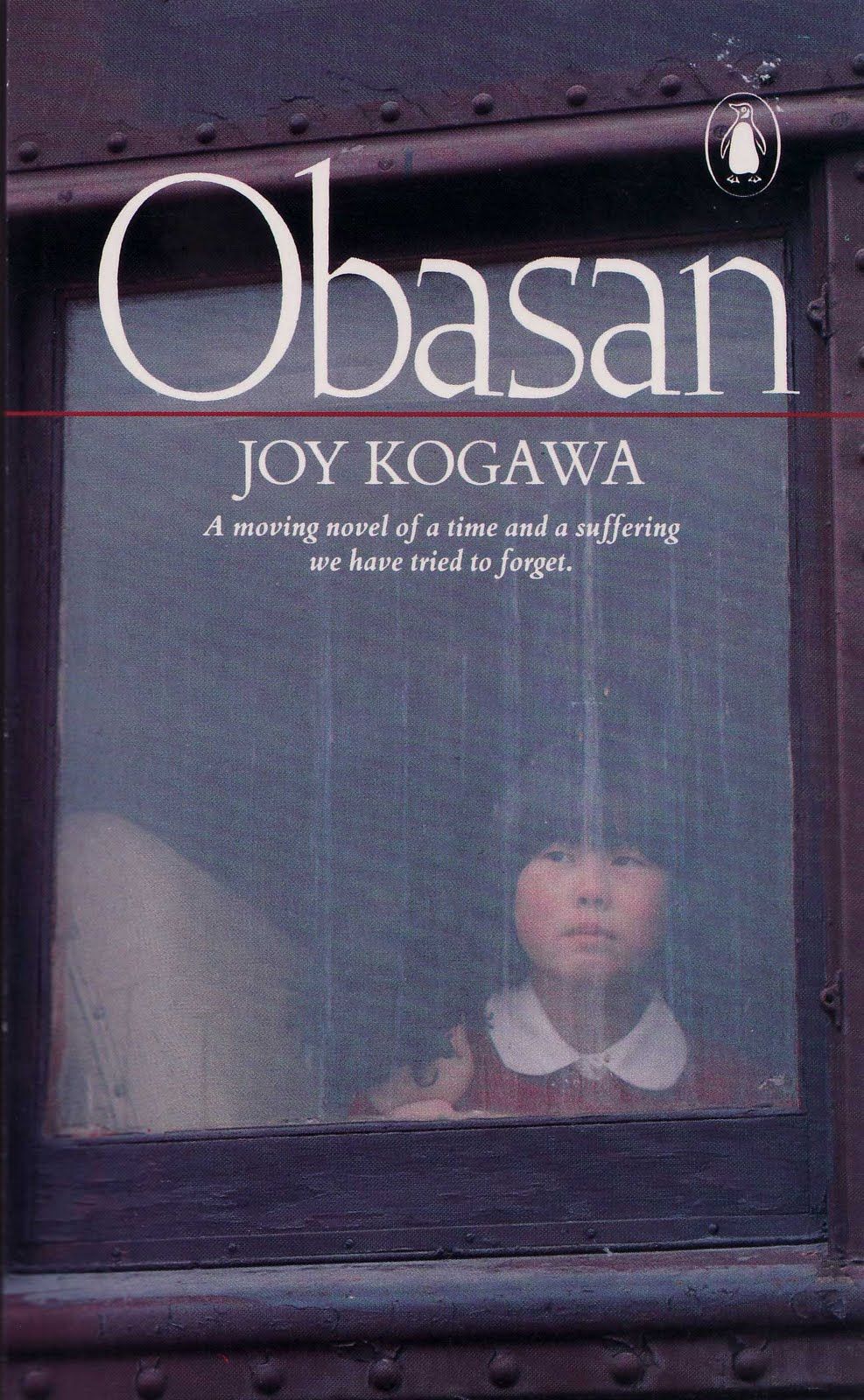 Obasan is a novel of memory, exploring the Canadian government’s deplorable treatment of Japanese Canadians during the Second World War, which included the suspension of all rights, forced internment and labour, and the fracturing of families. Worst of all, though, in the eyes of narrator Naomi Nakane as she recalls the events of her childhood, was the repeated exile. In a powerful blend of historical fact and rich symbolism, Naomi finds herself pushed aside from Canadian society and forced to live in ghost towns and abandoned mining camps, places already forsaken by Canadians of European descent who were patriotically and dutifully at war with Germany and Japan. As an adult looking back, she finds her ties to these places seemingly unbreakable. (Amazon)

Note from Kate Metten: “I chose this book because I’m currently social distancing while in residence at the historic Joy Kogawa House, here in Vancouver!” 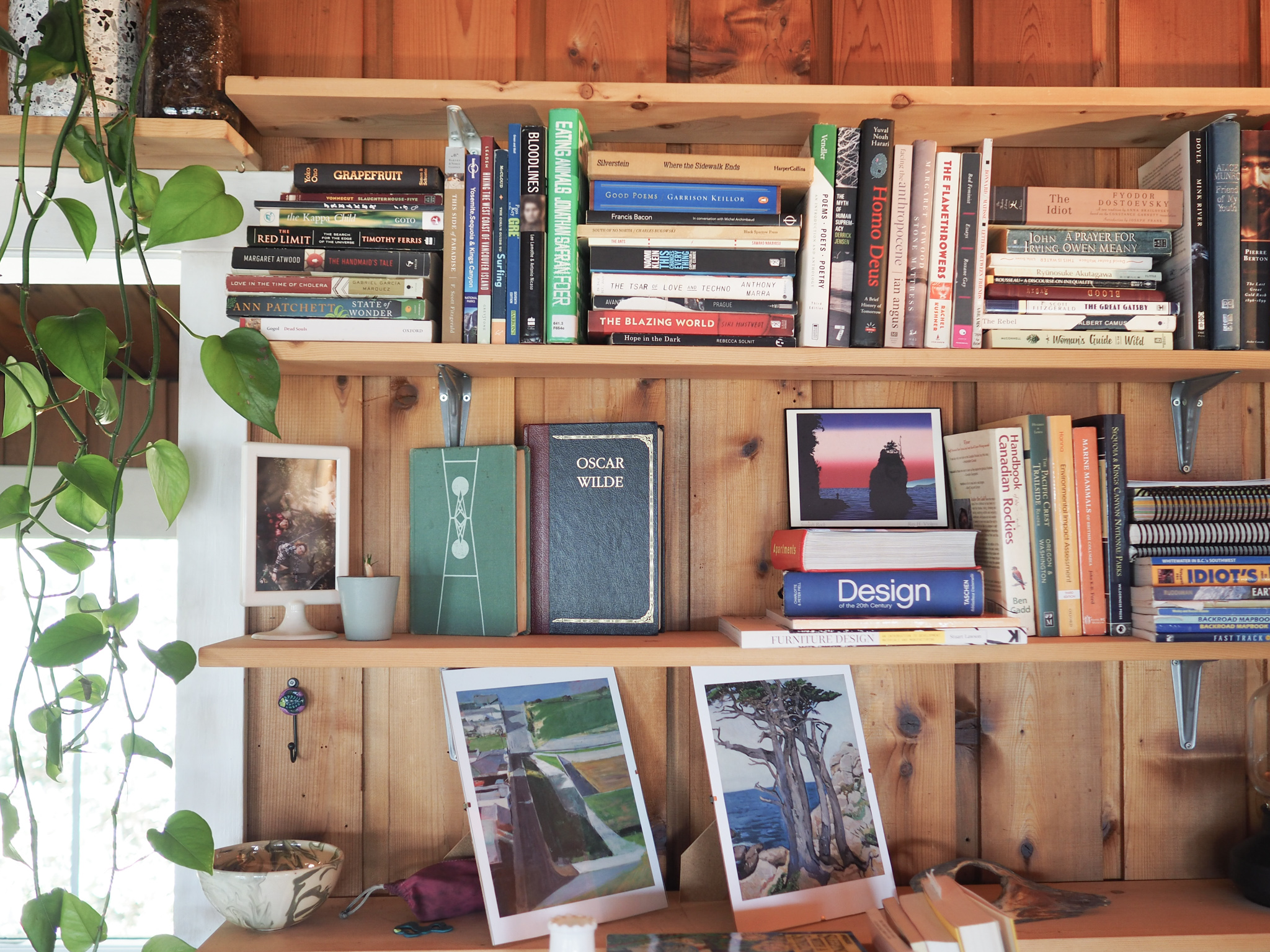