BAF in collaboration with Kaila Bhullar 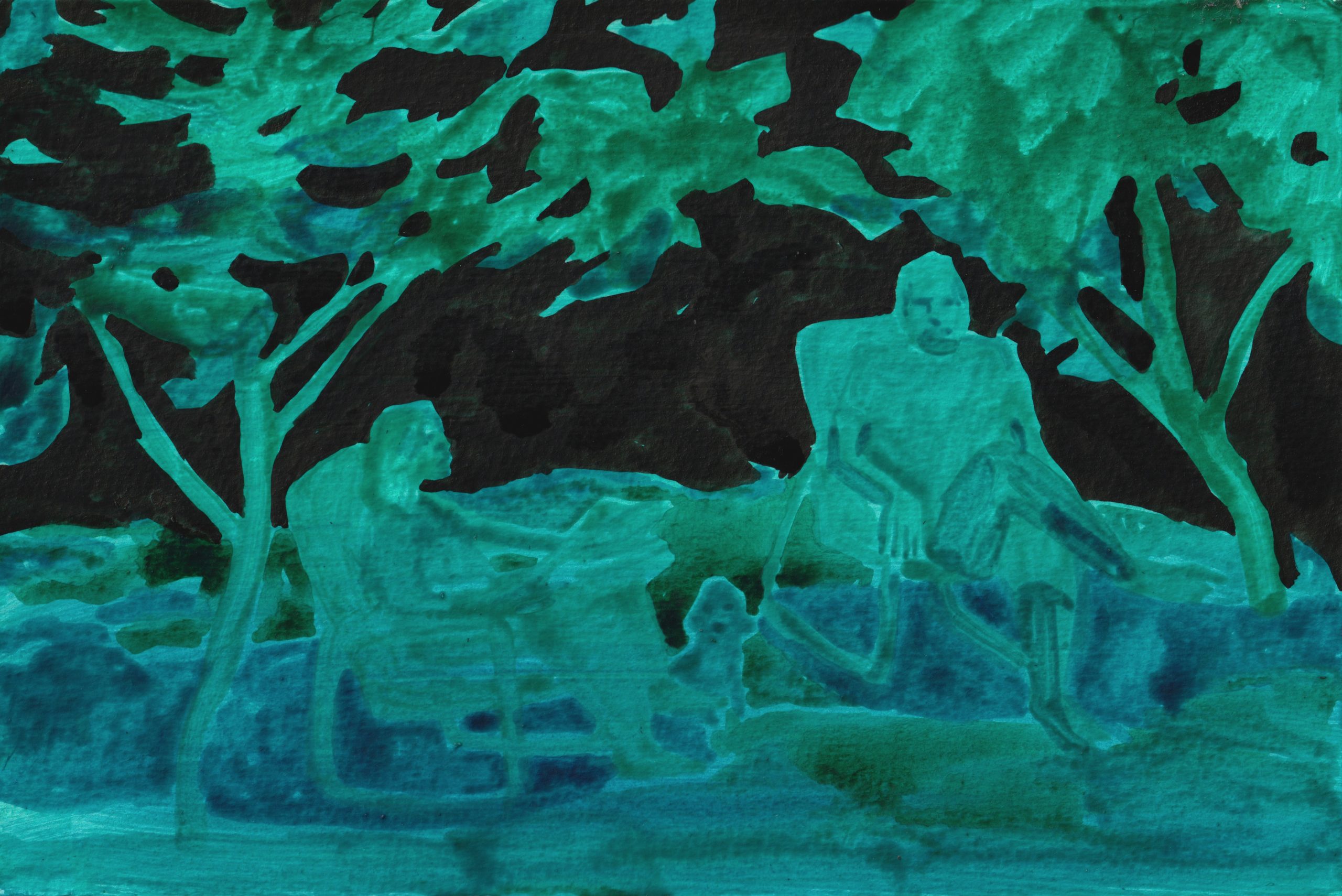 When I visited BAF resident artist Sara Khan, her studio housed a chaotic assemblage of drawings, sketches, and paintings of varying sizes and approaches—some finished, others in-progress. A scroll-like length of craft paper extended across four walls, following the irregular architecture of the room, half-filled in with illustrations in oil pastel and wax crayon. After speaking with her at length, it was evident that this new work was an extension of her broader practice which often reflects her inner landscapes, involving fantastical places, figures, and animals that waver between real and imaginary, between enchanting and unsettling. Pregnant with her second child, Khan expressed that her work reflects a childlike imagination, making reality out of nearly impossible and inventive circumstances. As a mother of a toddler during a pandemic, her recent life has been rather insular at home; however, she doesn’t consider these moments mundane. She draws inspiration from the way children design and create new worlds, characterizing their image-making as “…some kind of witchcraft because of all the crazy, imaginative patterns they make.” She recognizes the potential in slower, thoughtful moments. Working within a set amount of time towards a scheduled exhibition was a new way of working for her, but she didn’t let the deadlines become daunting. She approached the residency calmly, methodically setting aside a few hours each day while balancing caring for her child with the help of her partner. In our meeting, she articulated an enjoyment in considering the implications of everyday life and its dualities. She finds that most things have both a light and dark side—the dark side can of course be overwhelming, even tortuous at times. On the other hand, all of life’s experiences have the capacity to bestow an astounding amount of joy. Many of the works she is preparing for her BAF exhibition feature a dominant green colour scheme. On one hand, green has associations with nature and is therefore often described as a refreshing and tranquil colour. But its dominance here also adds an anxiety to the series, with green skies and skin tones appearing within equally green landscapes, as though some sinister form looms out of frame and casts an ominous shadow over each figure. The few artworks that instead feature pink hues contrast dramatically—the subject matter feels closely related yet the contrasting palettes suggest opposing places, times, and feelings. 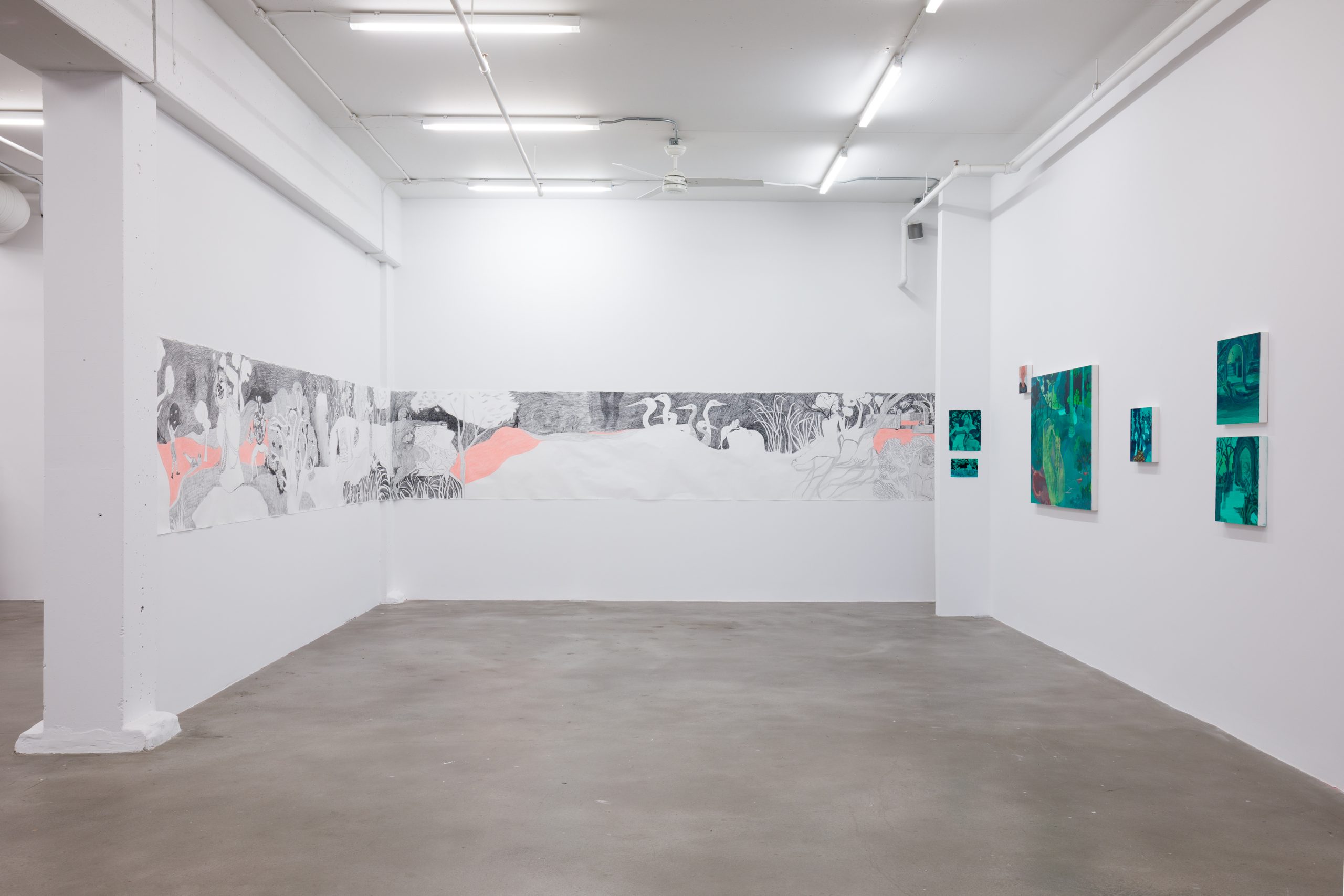 Khan’s practice often uses vibrant, coloured media, such as watercolours, as a strategy to explore the mundane alongside the absurd and the fantastical. A focus on colour helps the imagery blend seamlessly. Khan describes her practice and related processes as a combination of varying streams of consciousness—her inner dialogues, ideas she has been contemplating, discussions she’s had with the people around her, along with other bits and pieces that catch her attention. She gathers insights and transforms them into striking imagery that can captivate viewers from across a room.