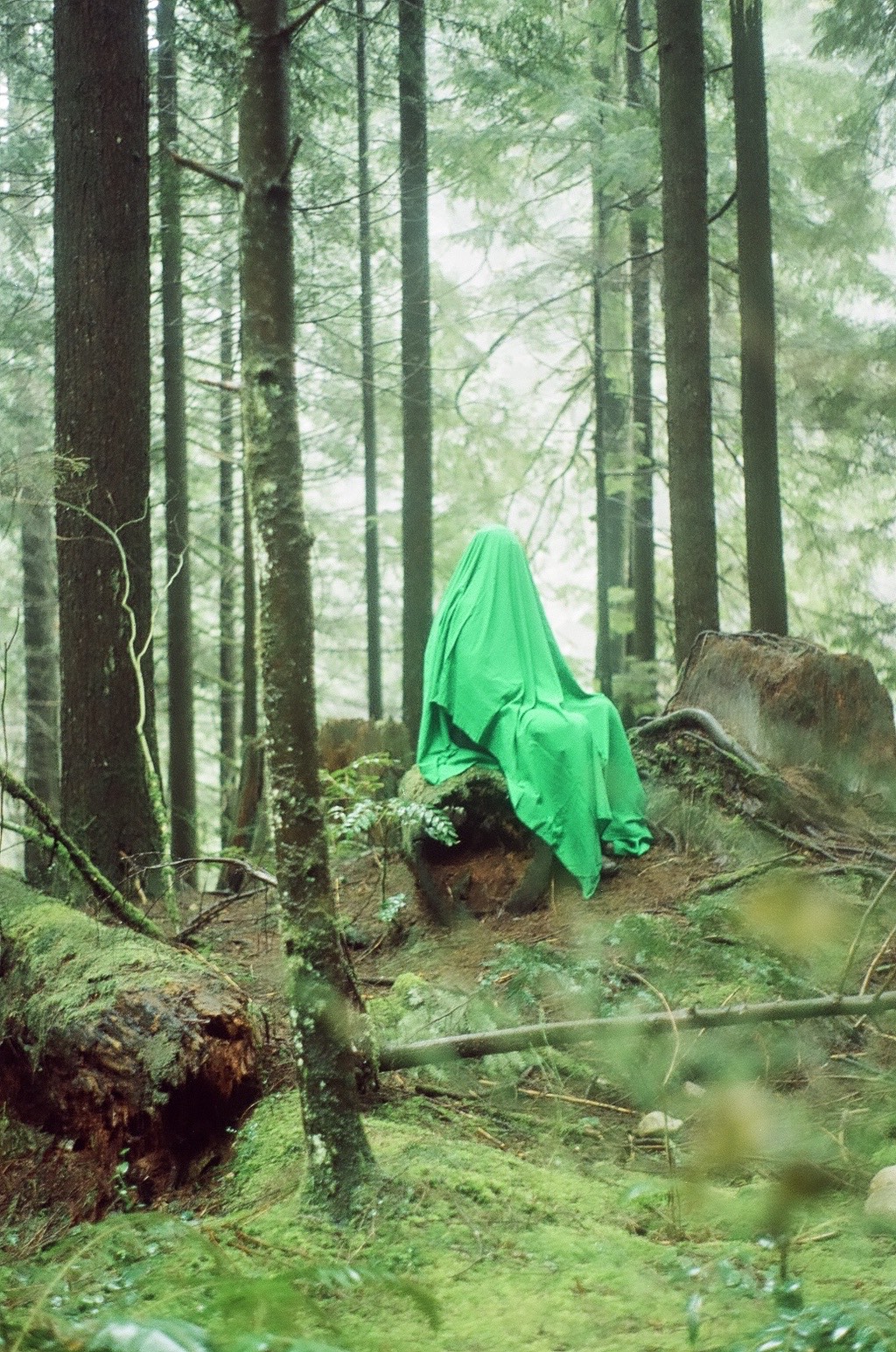 When Sara Gulamali relocated to Vancouver from London in 2019, she experienced what many newcomers to the city initially feel – a distinct coldness and a lack of obvious opportunity. In Vancouver, it seems like new residents to the city are almost required to pass a long and grueling test before they are granted acknowledgement, let alone employment, friendship, and other necessities. (This is a story I know all too well. Even when I left the city for a year-and-a-half, returning to the west coast came with a hesitant and uncertain welcome.) Along with this social and emotional distancing, Sara experienced a culture shock – she didn’t know where to source Halal foods or which grocery stores struck the balance between being somewhat affordable and abundant. On top of that, the city’s job market also came as a shock; it seemed like even though she had already developed an impressive resume in the United Kingdom, her accomplishments didn’t resonate as well with a Vancouver audience. Eventually and almost through a chance encounter, Sara did find employment and connection, but not without struggle. 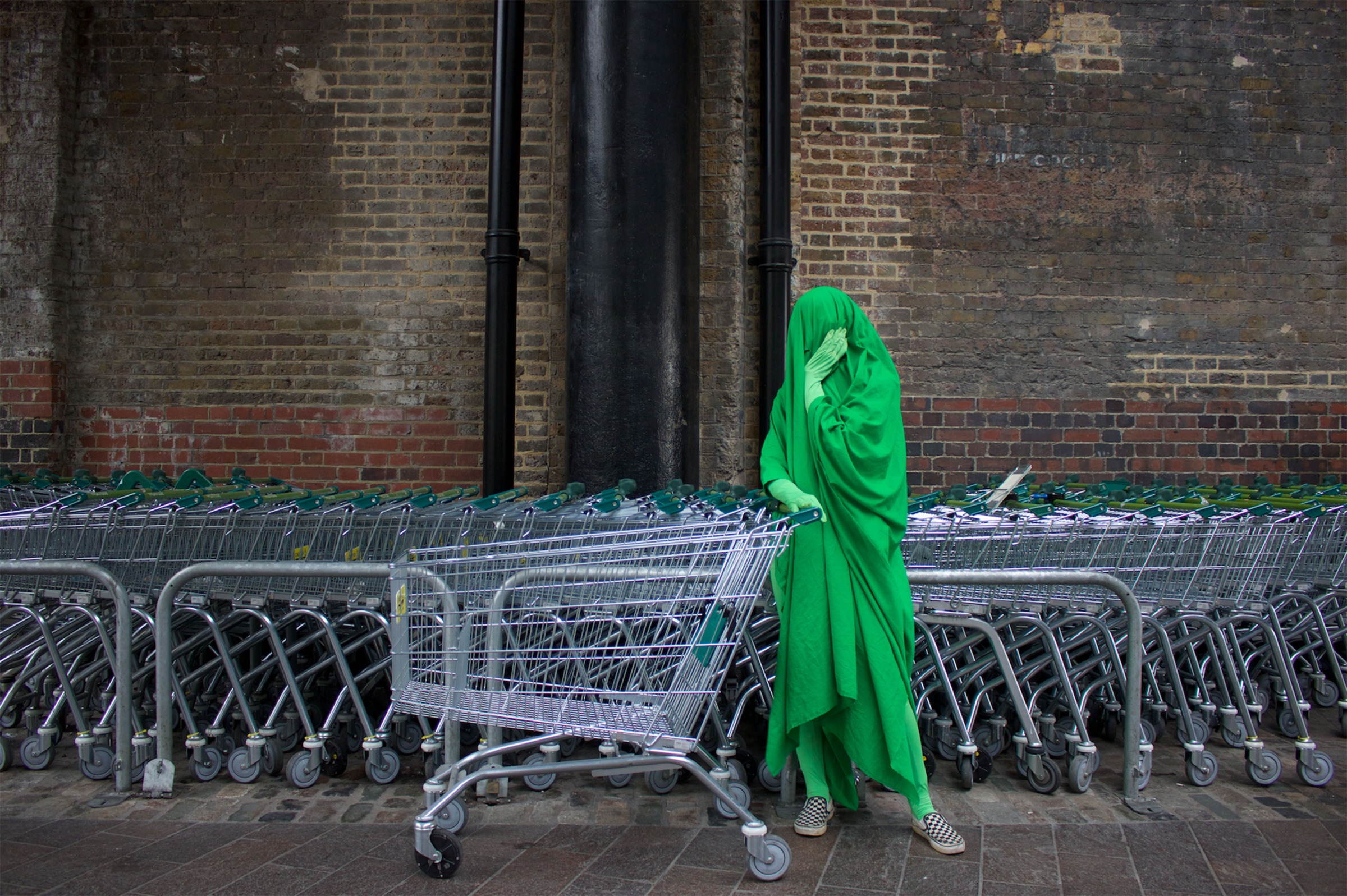 Back in London, Sara had carved a significant path for herself. During her studies at the University of the Arts London, she and Zeinab Saleh and Lamisa Khan founded The Muslim Sisterhood, an artist collective with the mission to centralize Muslim women as their authentic selves outside of a projected Western narrative. The Muslim Sisterhood has gained great traction worldwide across photography, fashion, print, and film, working with Elle, Converse, Miss Guided, Matches Fashion, and most recently, Vogue Arabia. Earlier this year, they curated a film series at the Whitechapel Gallery in London which presented films by Muslim artists. How her legacy in London and across the world was not initially recognized by the Vancouver arts community is greatly disappointing and seemingly reflective of the city’s insular existence relative to the greater arts community. [green heart emoji] at BAF marks her first solo exhibition in Canada and is truly reflective of how she has overcome adversity during this jarring relocation from the UK. 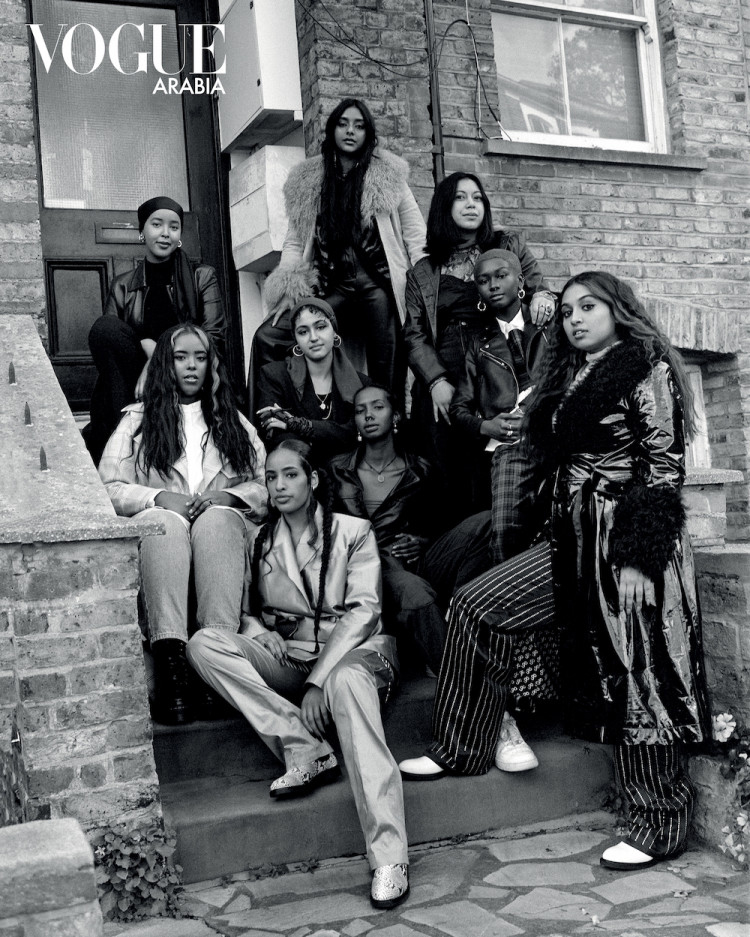 When she began her residency at BAF in January, she thought she would take this opportunity to explore painting, a medium that she was less familiar with and one that felt comforting and meditative for her. She started painting a series of pomegranates. Sara drew to my attention the symbolism associated with the red fruit. I already knew that it had a connection to fertility; however, Sara noted that they are also in relation to matriarchs and for her, this connection drew her closer to her late mother and grandmother.

Through this process in paint and fruit, she realized that, in the end, she wanted to return to the colour green – a recurring motif in her work. In London, the colour green symbolized the green screen and closed-circuit television (CCTV) or video surveillance; but on the land of the Coast Salish peoples, the colour green takes on a new form. Despite the struggle she experienced when she first arrived in Vancouver, the immense green of the natural environment left her awestruck. The photographs featured in [green heart emoji] are all taken around the lower mainland and near to Whistler and represent a work-in-process and an exploration of space and place as she navigates this new chapter. Central to the exhibition space, a spotlight casts a green glow activating the viewer-as-performer, providing an inclusive space for all.