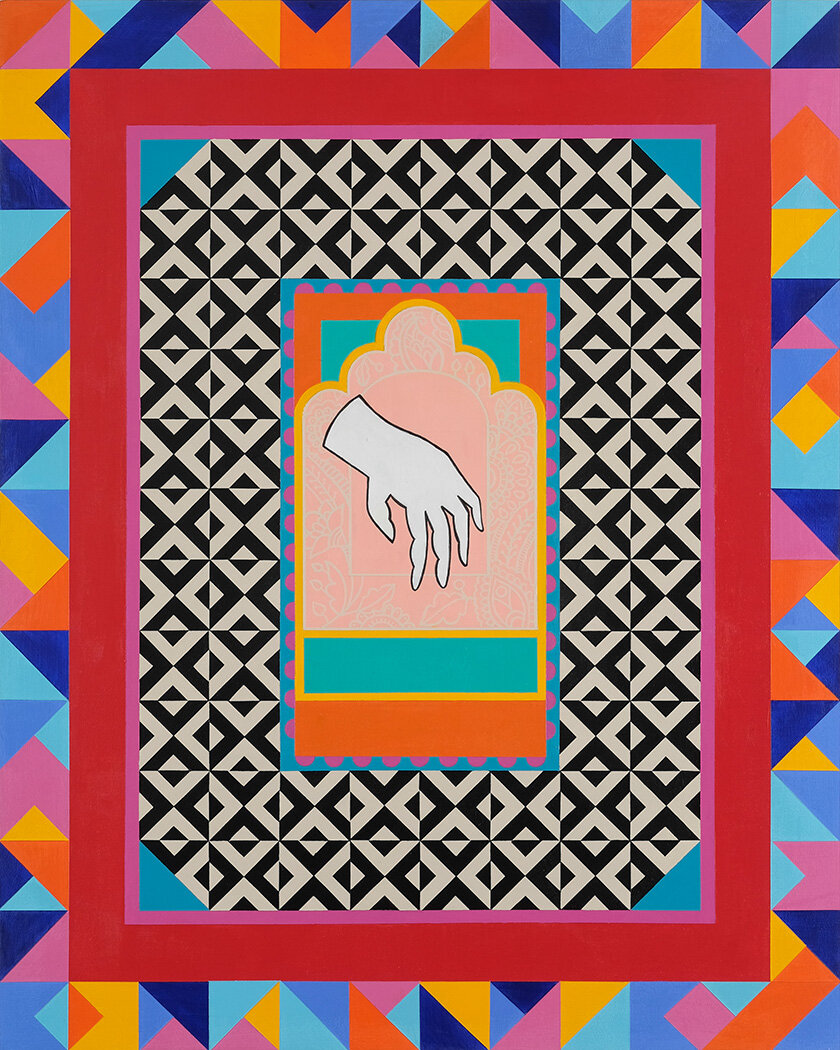 Many of us will remember 2020 as a year punctuated by protest, as myriad forms of injustice were dragged into the light. But for years leading up to this moment, Sandeep Johal has been steadfastly engaged in a quiet protest of her own.

Sandeep had her first-ever solo shown 2017, against the backdrop of the #metoo movement and Women’s Marches around the world.  Titled Rest in Power, the series of drawings explored gender-based violence and femicide. 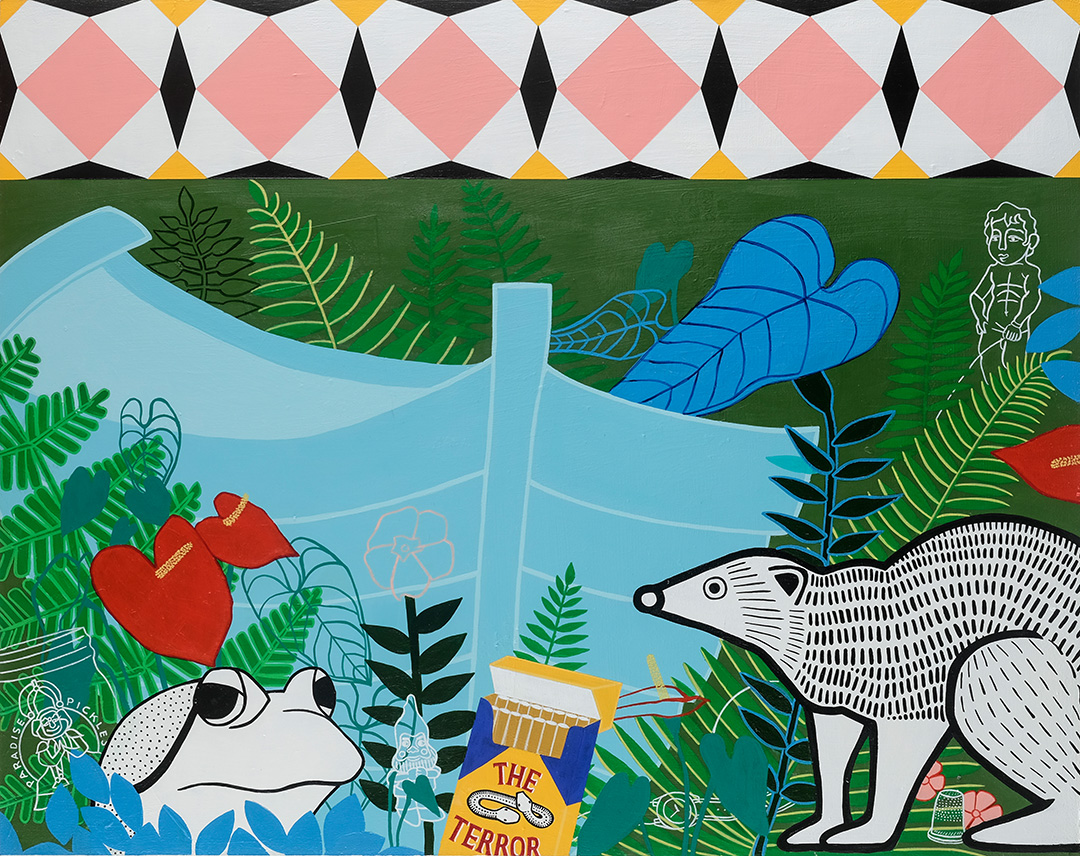 While the upward trajectory of Sandeep’s career has coincided with this larger movement, she first began to deconstruct misogyny more than a decade earlier as a student in  Langara College’s Fine Arts program. In the years that followed, however, Sandeep wasn’t ready to pursue art professionally – her practice lay dormant for nearly eight years.

This changed in 2015 after the birth of her son. Motherhood enabled her to stay home and, at the same time, forced her to reexamine her life’s priorities. During her maternity leave, she made the decision to commit to art full-time, and she hasn’t looked back since.

Yet Sandeep is the first to admit that her relationship with motherhood has been complicated  – even dark – at times. On one hand, it’s been the catalyst for much-needed change in her life as well as a source of profound joy: the birth of her son remains   inextricably linked to the birth of her art career. On the other hand, motherhood has brought out less comfortable – and less permissible – feelings of fear, anger, loneliness, insecurity and loss of control. Caught between the equal intensity of love and struggle, motherhood pulls the mother herself in opposite directions. But who will catch her?

Sandeep’s upcoming show at Burrard Arts Foundation will lay these feelings bare: her series-in-progress is a defiant, disquieting act of self-reflection. It’s a marked shift for an artist who typically uses her art to bring other women’s stories into the open, often through larger-than-life, impossible to ignore murals. This latest body of work moves the outside in: not only in its subject (other to self), but in its setting (public realm to gallery wall). Despite the series’ inward focus, Sandeep continues to confront gendered norms alongside paradoxical expectations of femininity which conspire to make failure inevitable – and anger unacceptable.

The works themselves will be characterized by Sandeep’s distinct pattern-work, bold use of colour, juxtaposition, and South Asian folk aesthetic. She is also experimenting with new materials, including fabrics her mother carried (along with two small children) from India to Canada nearly 50 years ago. This material choice reads both as homage and apology – through the shared experience of motherhood, perhaps,  the artist comes to understand her mother at last.