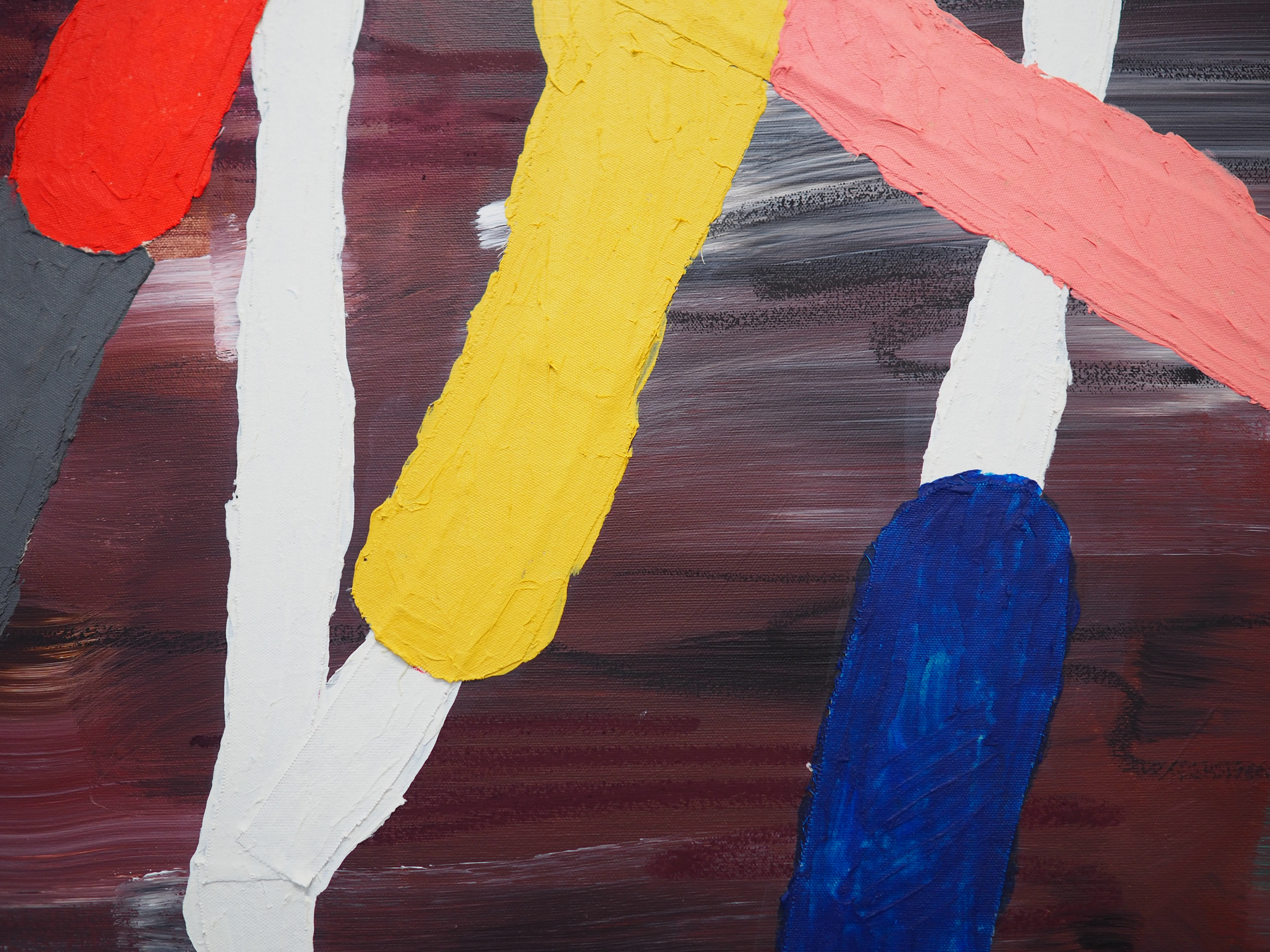 Viewing the canvas as a liberatory space for self-empowerment, exploration, and communication, Russna Kaur’s work is typified by winding shapes and quasi-geometric forms that often layer over each other and exceed the width of their frames, sprawling onto gallery walls and floors. Originally a biology major, Kaur discovered her preference for painting and mixed media works while studying at the University of Waterloo, and decided to change her course and graduate with an Honours BA in Fine Arts. In contrast to the controlled, scientific, and measured world of biology, Kaur’s vibrant, fluctuating, and colourful practice is one of the many ways she rebels against racial and gendered tropes surrounding Punjabi-Canadian women.

In 2019, Kaur completed an MFA at Emily Carr University, and her work has since been featured in two solo exhibitions; Veil of Tears at TRAPP Projects in Vancouver, and She was there for a while…, at The Fort Gallery in Langley. In She Was There For a While… (2019), Kaur took over the gallery space with works such as With no where to go (2019) and A road trip (2019), where bright multicoloured lines snake across the walls beyond the bounds of two adjacent but misaligned paintings. 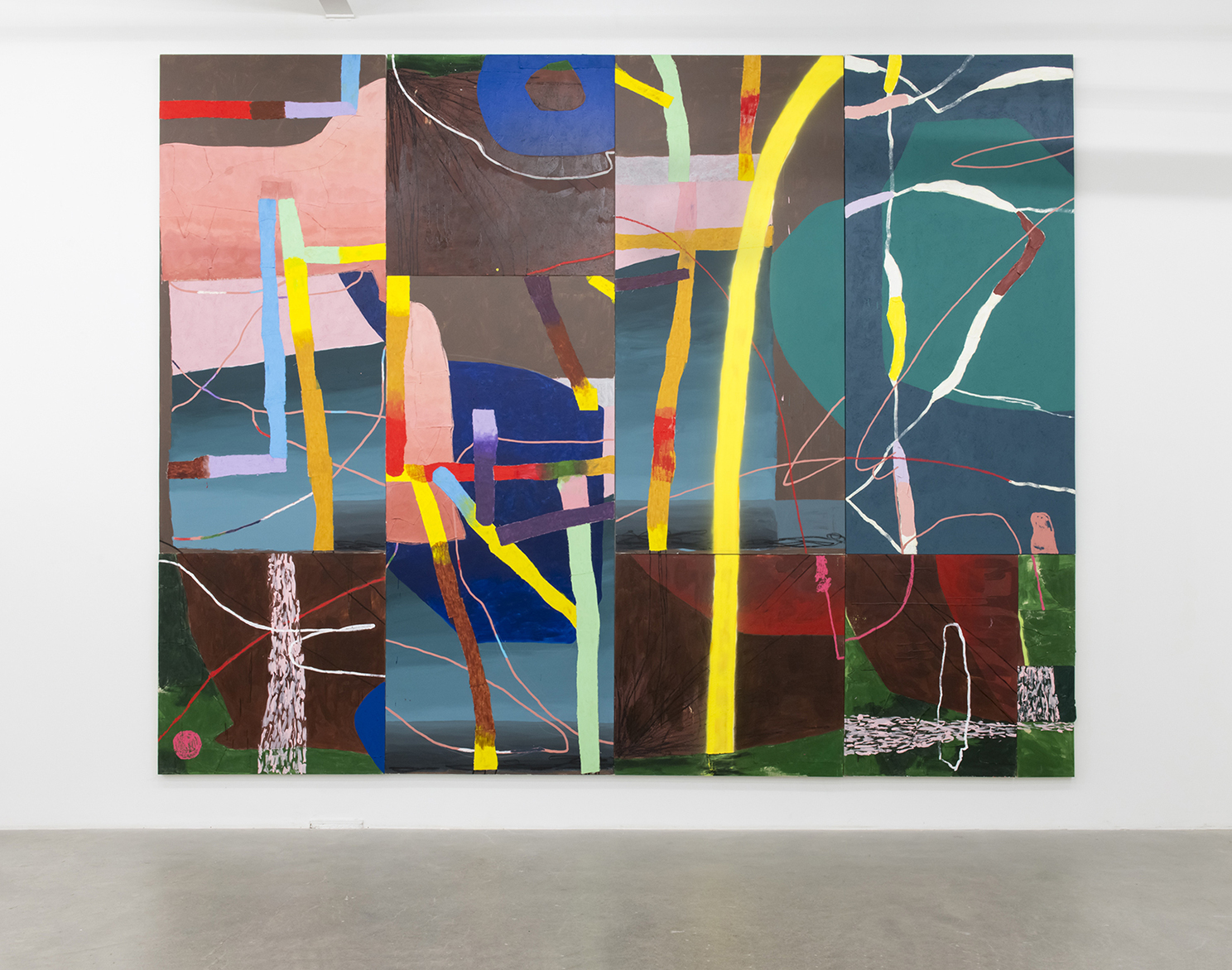 What is unique to Kaur’s practice is her use of assemblages of paintings to create a one larger surface. “What would YOU do?” (2019), is made up of multiple panels of canvas fastened together in the fashion of a sliding box puzzle; the canvases vary in size, shape, and content, while occasionally some shapes line up and carry across. Kaur values this method for its ability to create tension between the variety of surfaces that combine to create one painting. Utilizing multiple surfaces also reflects the experimental nature of her process, allowing her to mix and match different forms as she works and activating the final work with an air of fluctuation. It also reveals incongruities within the painting, prompting engagement and detailed viewing from its audience. Large-scale, activated, and all-encompassing installation work is important to Kaur; she views it as a method of taking up space and reclaiming her voice and narrative as a South Asian woman. 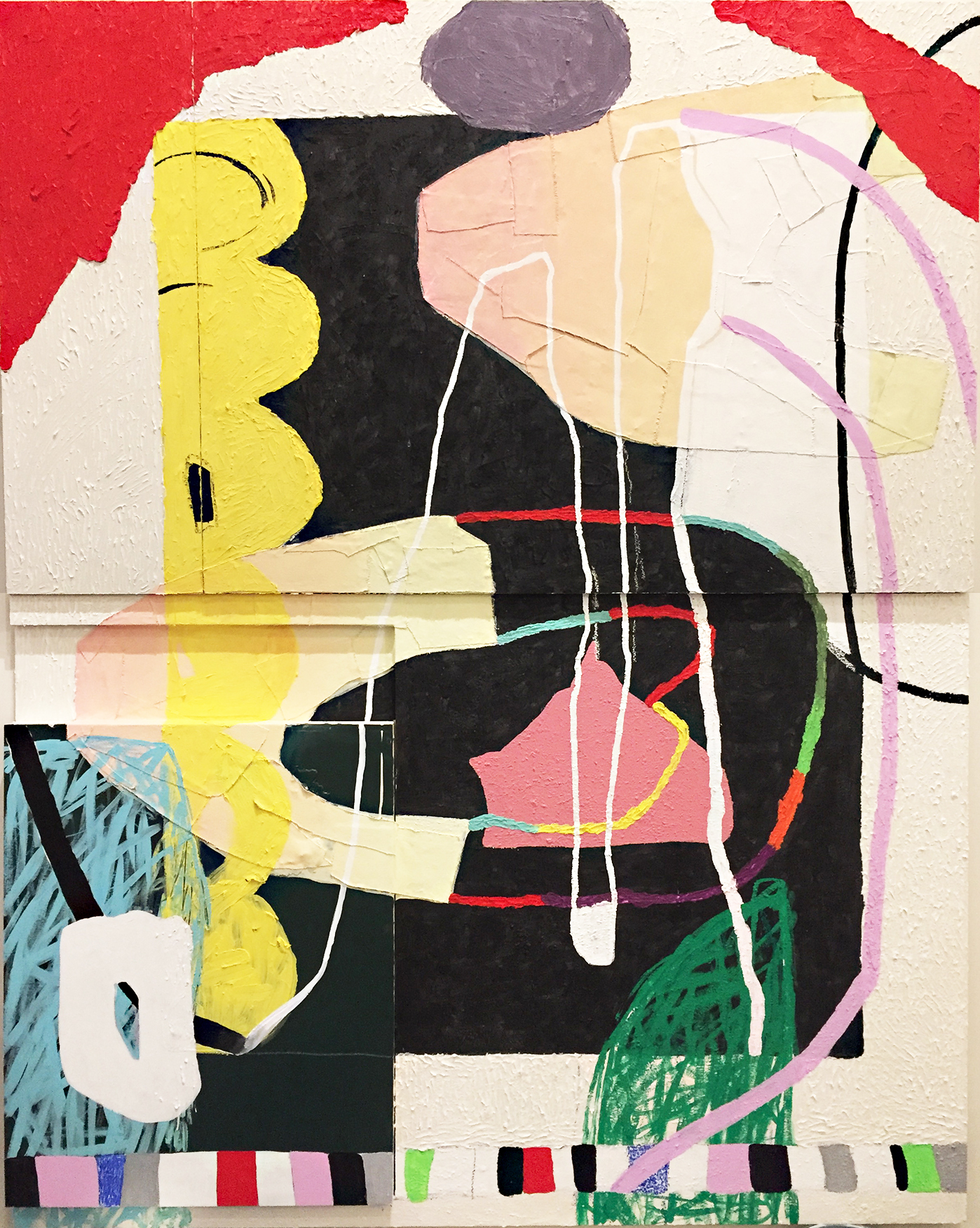 Another way Kaur exercises this self-empowerment is through bright and bold colours and patterns, which she finds fundamental not only to her artmaking but to her cultural identity. Growing up, her mother owned an Indian bridal wear boutique, which meant that Kaur was constantly surrounded by yards of intricate, detailed, and colourful fabrics. She finds that colour is a large part of South Asian culture, but that it does not always connote happiness or energy. For Kaur, adorning oneself with bright colours and fabrics can also function as a distraction or barrier working to mask the vulnerabilities and intergenerational traumas that many women within the South Asian diaspora carry. 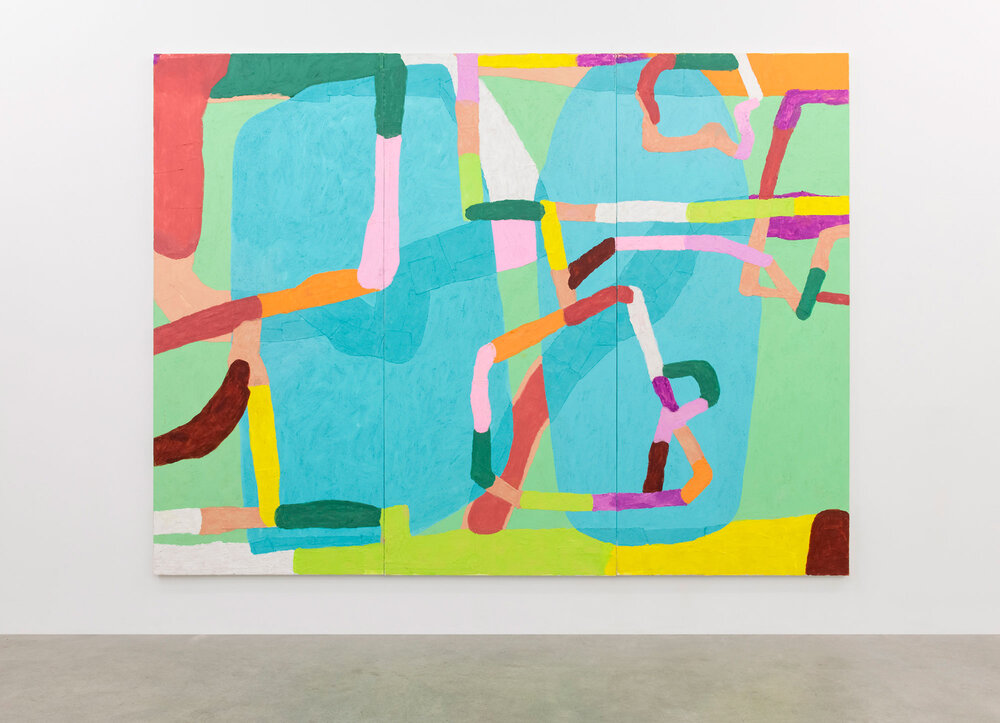 Kaur prefers to use colour as a marker of cultural identity rather than reverting to ethnicized tropes or symbols, as it allows her to keep a degree of universality in her work while also relating personally to her lived experiences. However, with personalized, poetic titles such as Florida for Christmas (2019) and Ironing, bored (2019), Kaur hints at a more specific narrative behind her work, introducing a vague link between herself and the abstracted, colourful shapes before her viewers, and hinting at a deeper narrative behind her expressive but abstracted shapes. In this respect, Kaur’s mural-like works embark on a noble project; they attempt to draw out lines of solidarity and commonality between the artist and her audience and provoke dialogue and engagement with the Other, whoever it may be.