Tom Hsu’s photography makes concrete ephemeral and fleeting moments – memories that, undocumented, would have disappeared forever. His images focus on places and people, but not in careful or formally composed arrangements, often showing fragments of buildings or objects casually laid out in space. The people in his work are caught mid-action, engaged in interaction or the energetic high of a night out.

The photographs exist in a fascinating limbo: frozen in time, they communicate stillness, yet seem stolen from fast-paced lives. On the surface, many of the scenes he captures are commonplace, and yet seem infused with a special significance; it reminds one of looking back through the lens of memory, settings charged with special meaning by the experiences that transpired there. Hsu has worked in both portraiture and fashion photography, and these influences are visible in his practice, imbued with a warmth and human touch.

This interest in memory is central to Hsu’s practice; the lingering over of shared moments long after they have passed. “The camera is almost like a time machine,” he says. To Hsu, the holding of memory and image are part of his lineage; he describes how his grandfather grew up in Taiwan, with little in the way of material possessions, but retained a wealth of memories and images with which to craft a family history. After Hsu’s parents moved to Canada, these memories remained, a shared experience even when their family is physically apart.

During and after completing his BFA in Photography at Emily Carr University, Hsu has gone from shooting strictly black-and-white and developing in the darkroom, to working in colour and now printing in large-format inkjet. The progression has clearly trained his eye well. There’s a close attention paid to light and texture in his works, whether it’s empty wine glasses against a white tablecloth or the geometric shadows cast by doorways and entrances. He looks at the human form with that same critical eye; his portraits not only capture their subjects’ physical attributes, but suggest their physicality.

For his upcoming BAF Gallery show ‘Here, under our tongue’, Hsu creates an immersive environment inspired by his works. In combination with the actual photographs, he will display evocative artifacts and keepsakes collected over the course of this Vancouver artist residency, such as curtains from his high-school darkroom, and the shaved-ice machine used in his grandfather’s ice shop when he was growing up. Lighting and audio components will allow visitors to physically experience the unique atmosphere that’s depicted in his photos – creating a multisensory experience that remains true to his unique vision. 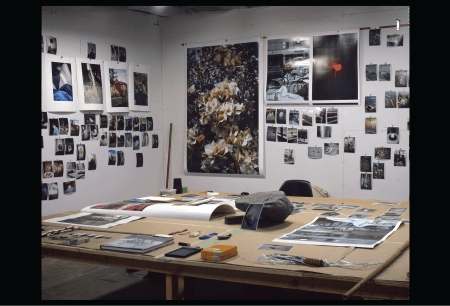