Birthe Piontek’s photographs tell personal, sometimes unsettlingly intimate stories. Looking at her work, one imagines her subjects’ interior monologues through nothing but their poses, the objects they hold, and the settings in which they are shown. The figures seek to individuate themselves, often through the decorative trappings with which people are equally as likely to set themselves apart as associate themselves with others. 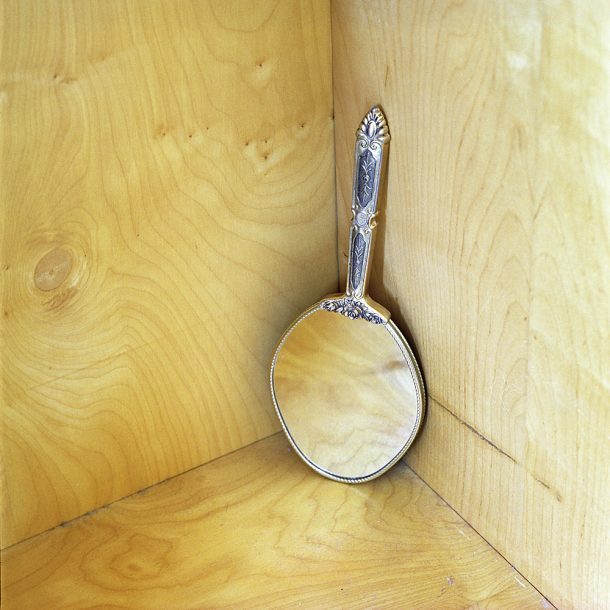 In Abendlied, an ongoing body of work documenting Piontek’s family, objects speak to her family’s identity, culture, and history. Gold jewelry is piled on a subject’s face; an elderly woman wraps a fur coat over herself like a shawl; a hand mirror, propped in the corner of a room, reflects nothin

Lying Still, another series on which the artist worked from 2010 to 2016, demonstrates her interest in the unique properties of physical materials: an interest her later works of sculpture and installation expand upon. These materials interact with the humans in her photographs in intriguing ways. In one self-portrait, streams of gold confetti descend from each eyelid; in another, an anonymous figure sits on the edge of a bathtub, towels obscuring their face and torso. In these works, the face of her subject is always hidden. Piontek seems to be drawing attention to the less obvious ways in which we distinguish ourselves from others. 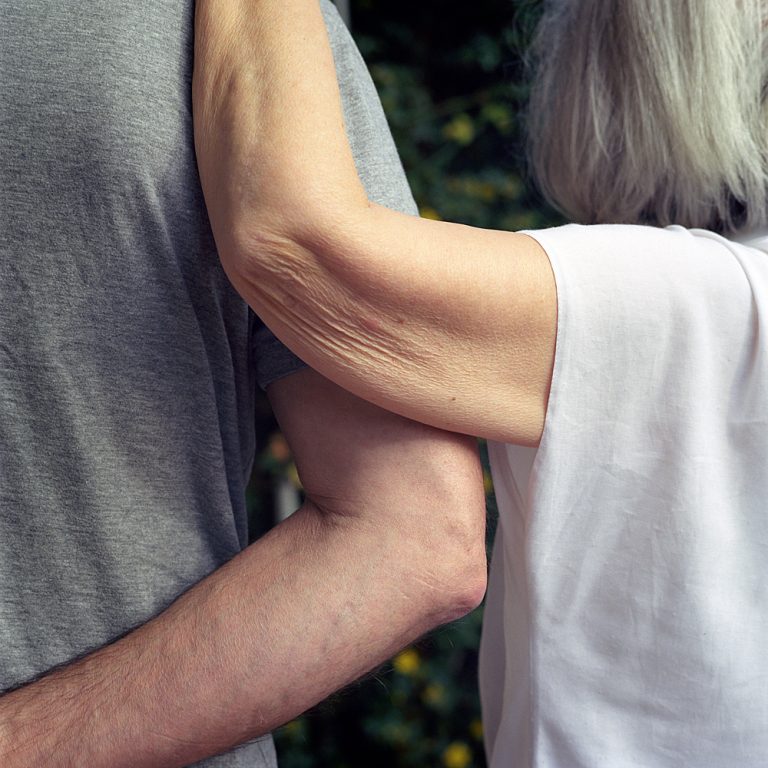 Of course, memory is even more crucial to the construction of identity than these aesthetic adornments. Memory, perhaps above all else, is what Piontek’s work uncovers. In addition to chronicling her family, Abendlied poignantly discussed Piontek’s mother’s diagnosis with dementia and Alzheimer’s. Given this context, the fragility of the aging body shown in these works is especially affecting.

In Her Story, Piontek processed this challenging experience explicitly through her art, physically manipulating old photographs of her mother so that her identity becomes elusive, fragmented. Black and white photographs such as these, whether found or personally significant, appear again and again in Piontek’s work, often faceless and anonymized. She has poked holes in and backlit them, cut and rearranged them as she did here, and in Miss Solitude, a 2016 show at Access Gallery, she replaced one of their faces with video of dark, choppy water. However she manipulates the images, they align with the central mysteries of her work. A portrait is by definition a testament to individuality, but these portraits from a different era seem to show less a single person than the character of their time, their vintage aesthetic calling up a more iconic, generalized type of character than any specific individual. 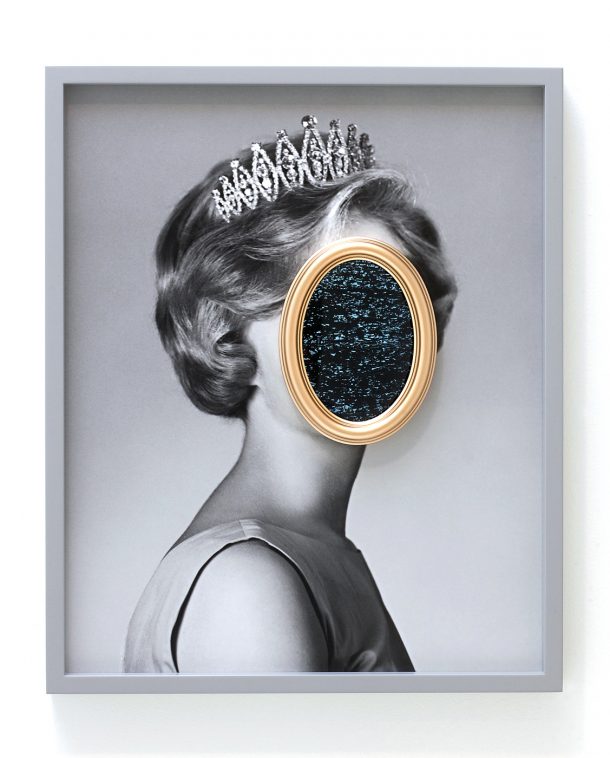 The previously mentioned show Miss Solitude marked a pivotal shift in Piontek’s practice. For the first time, the materials and objects she engages with were physically present in the gallery space, rather than seen solely through photographs. The exhibition fleshed out themes of gender presentation and identity, mashing up the ephemera of stereotypical femininity – mink eyelashes, metallic pumps – with found vintage photographs, which have fascinated Piontek through her entire body of work. The show speaks to the highly constructed femininity of the 50s and 60s, the loneliness and suffering that these rigid societal expectations imposed on many female-identified and queer people of the time.

Piontek’s upcoming BAF Gallery show, ‘I want to be with those who know secret things.’, will continue this expansion of her practice into sculpture and installation. The artist has worked extensively with textiles, particularly those that call up sensuality, gender and sexuality, such as latex, nylon, and chiffon. This is an exciting time for Piontek in other regards, too; in June of this year, her photographic project Abendlied received the Edward Burtynsky Grant, enabling her to publish this series, the product of seven years of labour, as a photobook, to be released in April through Gnomic Books.

Don’t miss the opening reception of ‘I want to be with those who know secret things’ on January 18th from 7-12 at BAF Gallery! Learn more about Birthe Piontek’s work at birthepiontek.com. 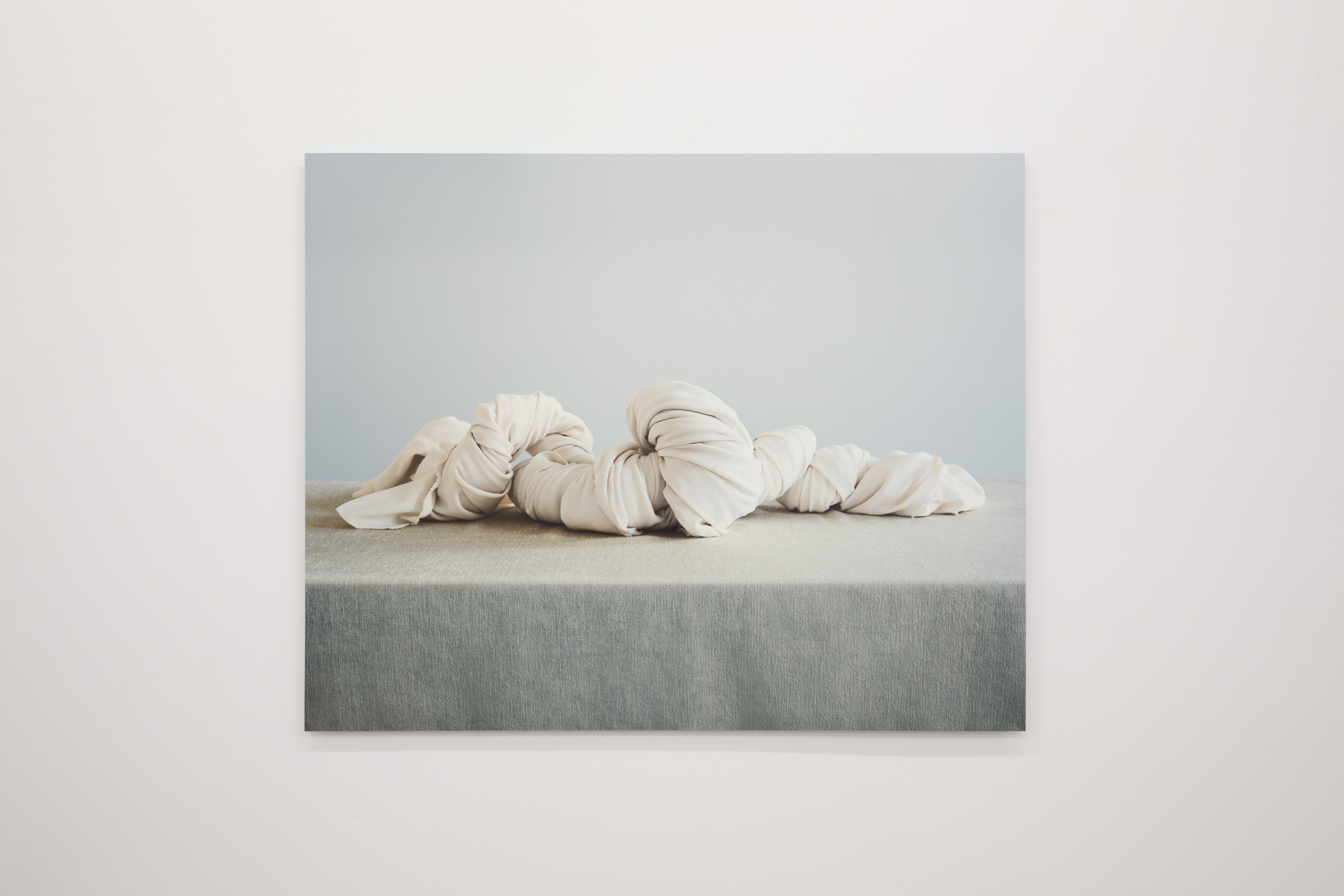