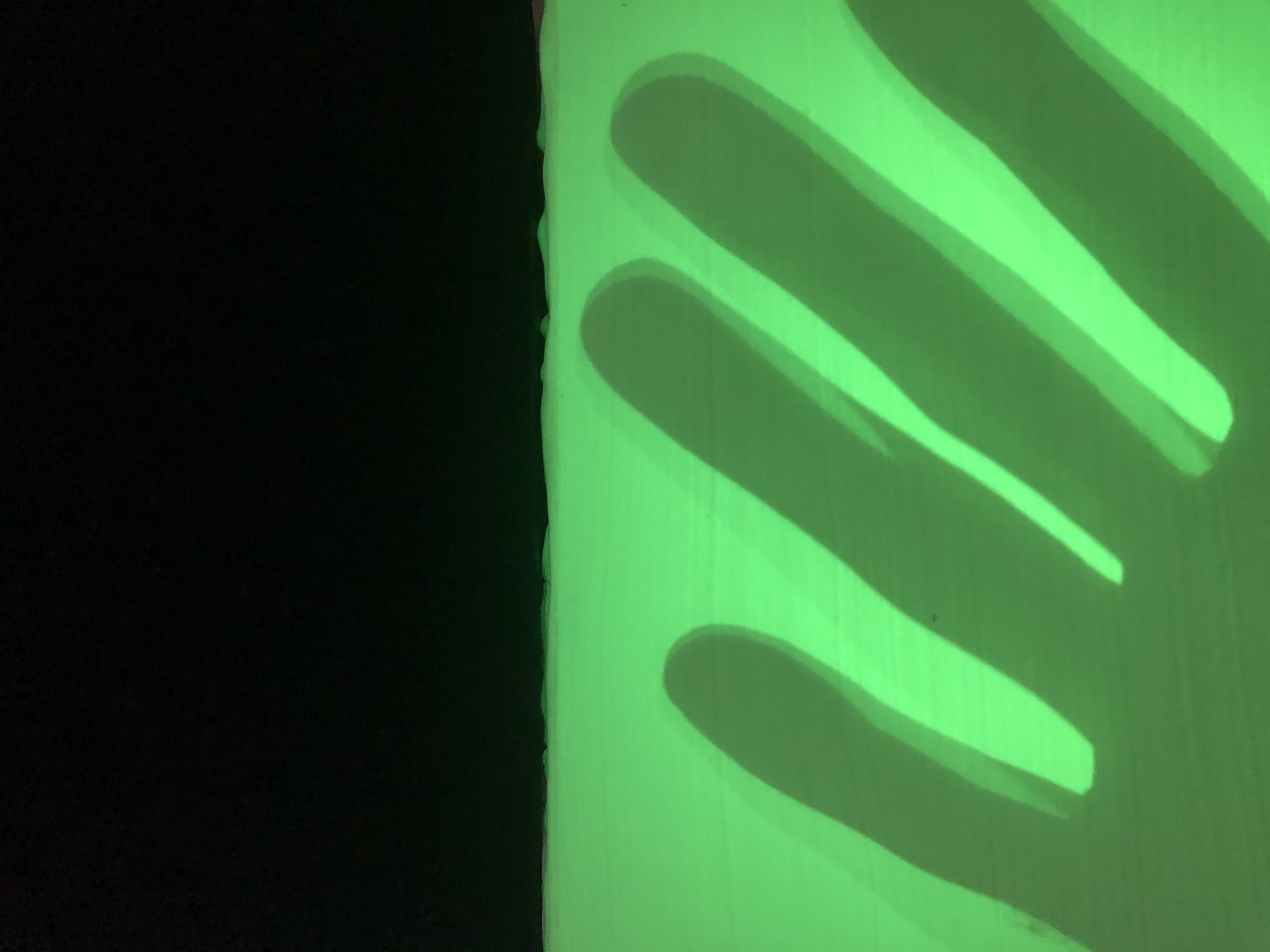 The year 2020 has been our most virtual yet. Without warning and en masse, people have been forced to retreat into the digital realm—to work, socialize, day-dream, and panic. For months, talk of “connection” (already a term that evokes the internet) has dominated. We are apart, but, thanks to a collective experience and the blessings of technology, we are together. Or so the notion goes. 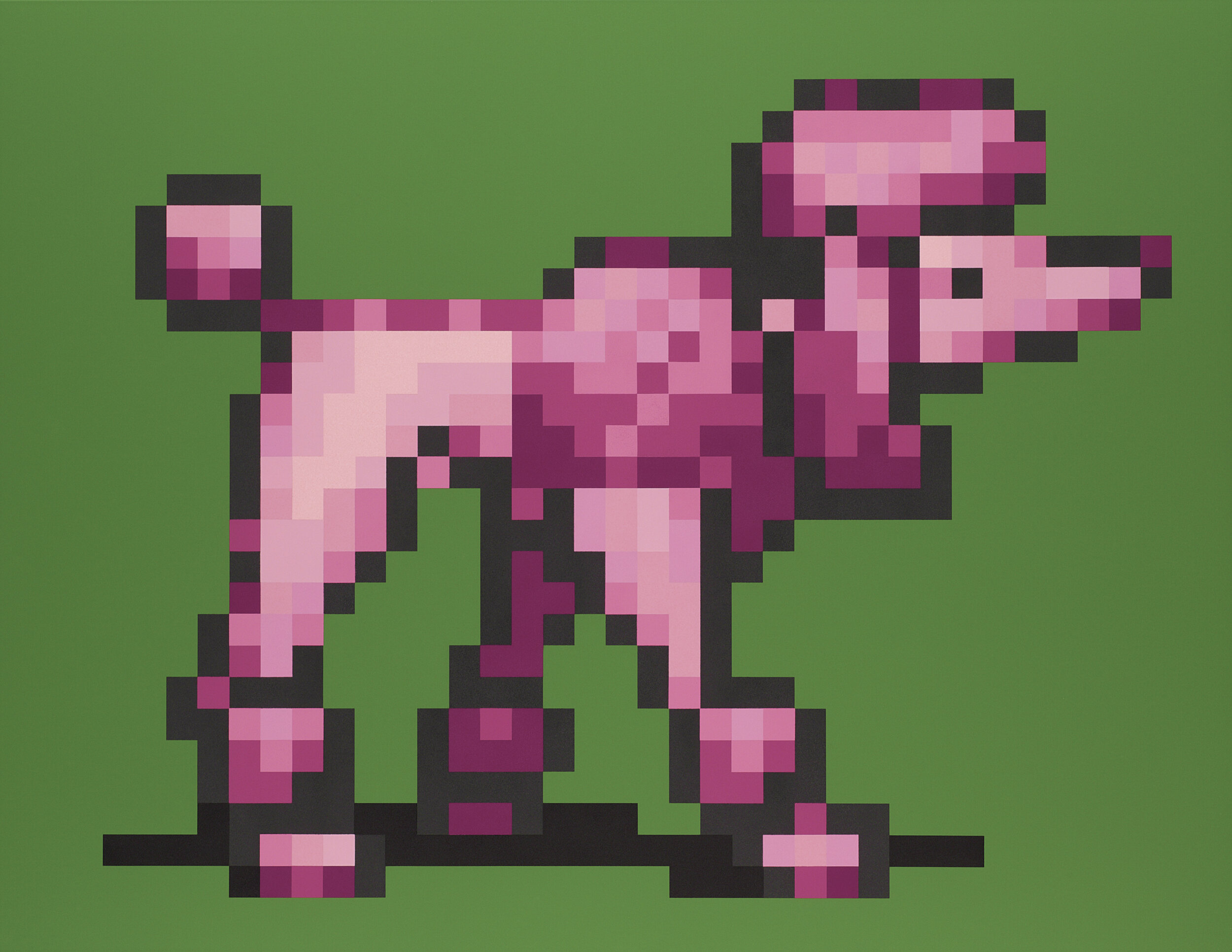 Interdisciplinary artist and recent Emily Carr graduate Michael Edward Miller has spent years contemplating the intersection of lived and virtual experience. Drawing on video game imagery and the aesthetic of the early internet, Miller turns to the digital to unearth shared nostalgia and celebrate reality. “I grew up so overly exposed to digital space that I found the real more radical,” he says. This progression from immersion to interaction is reflected in the trajectory of Miller’s work. “What I was doing with my early paintings was celebrating that 8-bit imagery… When I was at Emily Carr I wanted to look at the interactive tropes and ideas that come forth within video games and turn that into something real,” he says. 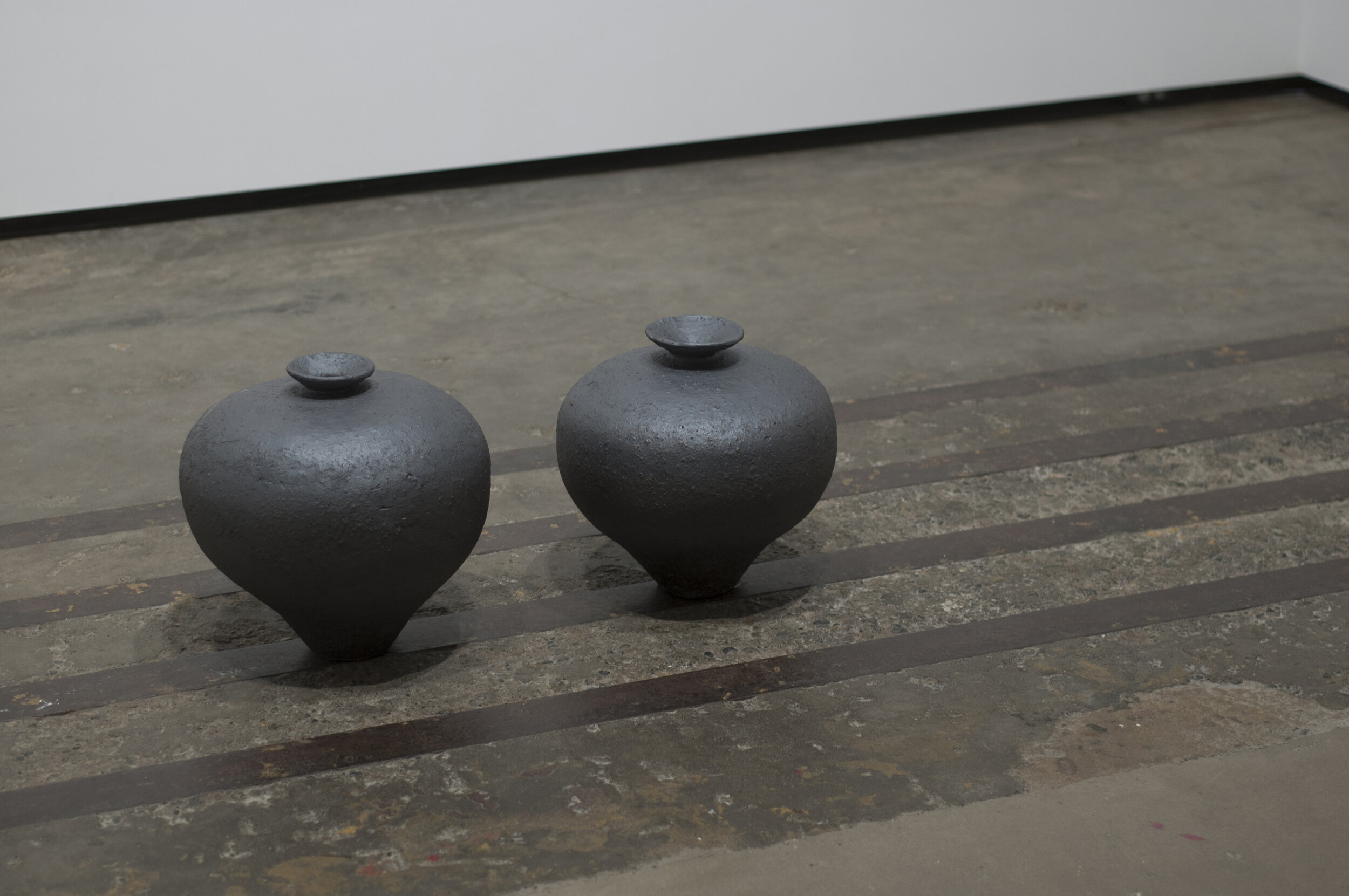 That desire led Miller to explore a range of different mediums, from ceramics to sculpture, sound and virtual reality. “I wanted to throw myself into things that I was unfamiliar with and build more of a language and index of things I referenced and worked with… to build a stronger vocabulary of expressing what I wanted to in many different ways,” he shares. 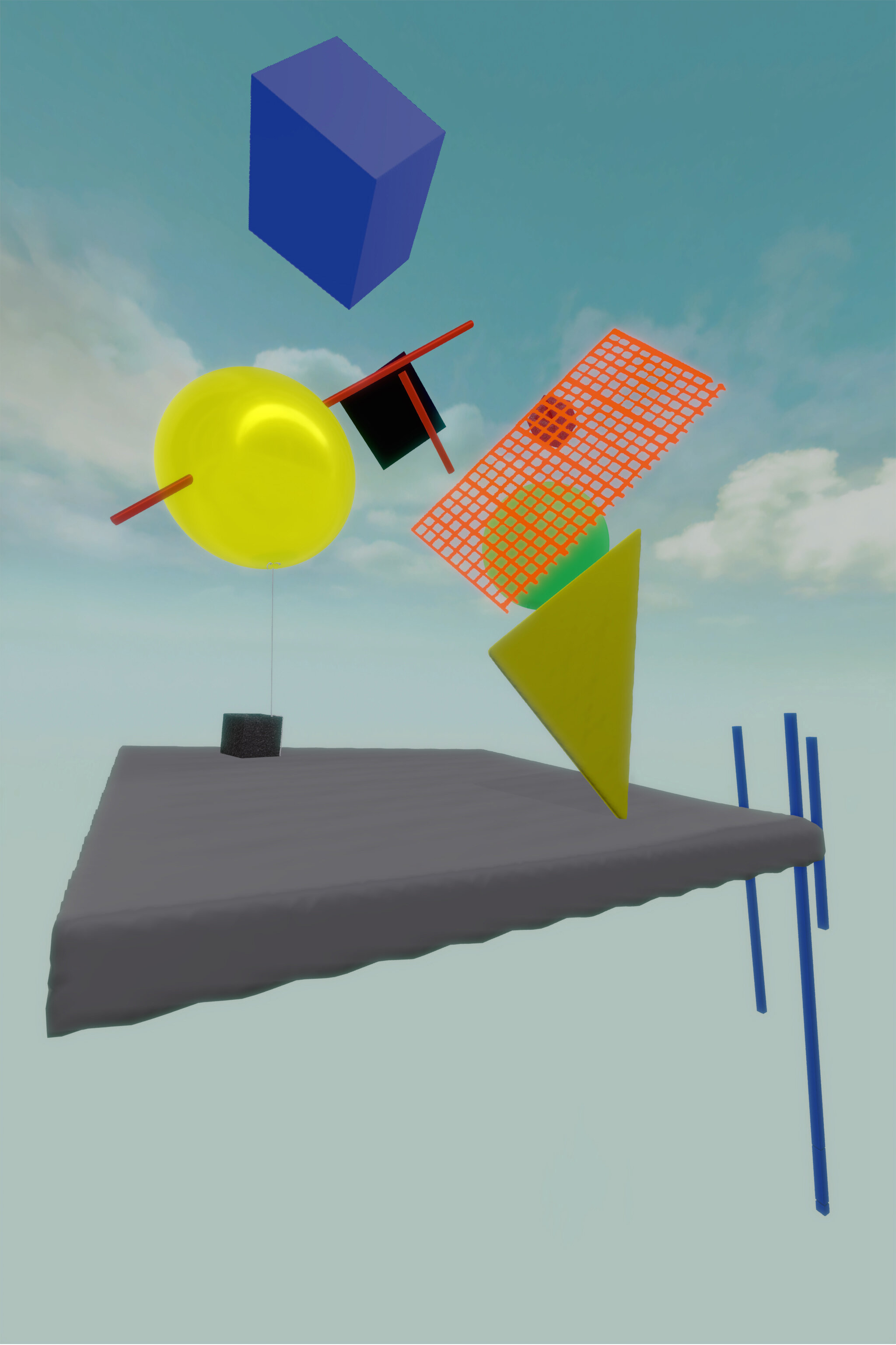 Yet even when exploring the complexities of virtual space, Miller’s work aims to connect the viewer back to the physical. Often, Miller’s work is highly participatory, inviting viewers to engage with the work almost like players in a video game. In particular, the emerging medium of virtual reality (VR) allowed Miller to explore the intersection of digital space and lived experience. “Virtual reality, as a new sign, gives rise to a higher value to the real,” he says, a paradox he experienced first-hand during an early encounter with virtual reality. “It was so real to me that it was scary,” he recalls. “Once I removed the VR headset, it made me that much more appreciative of the real world.” 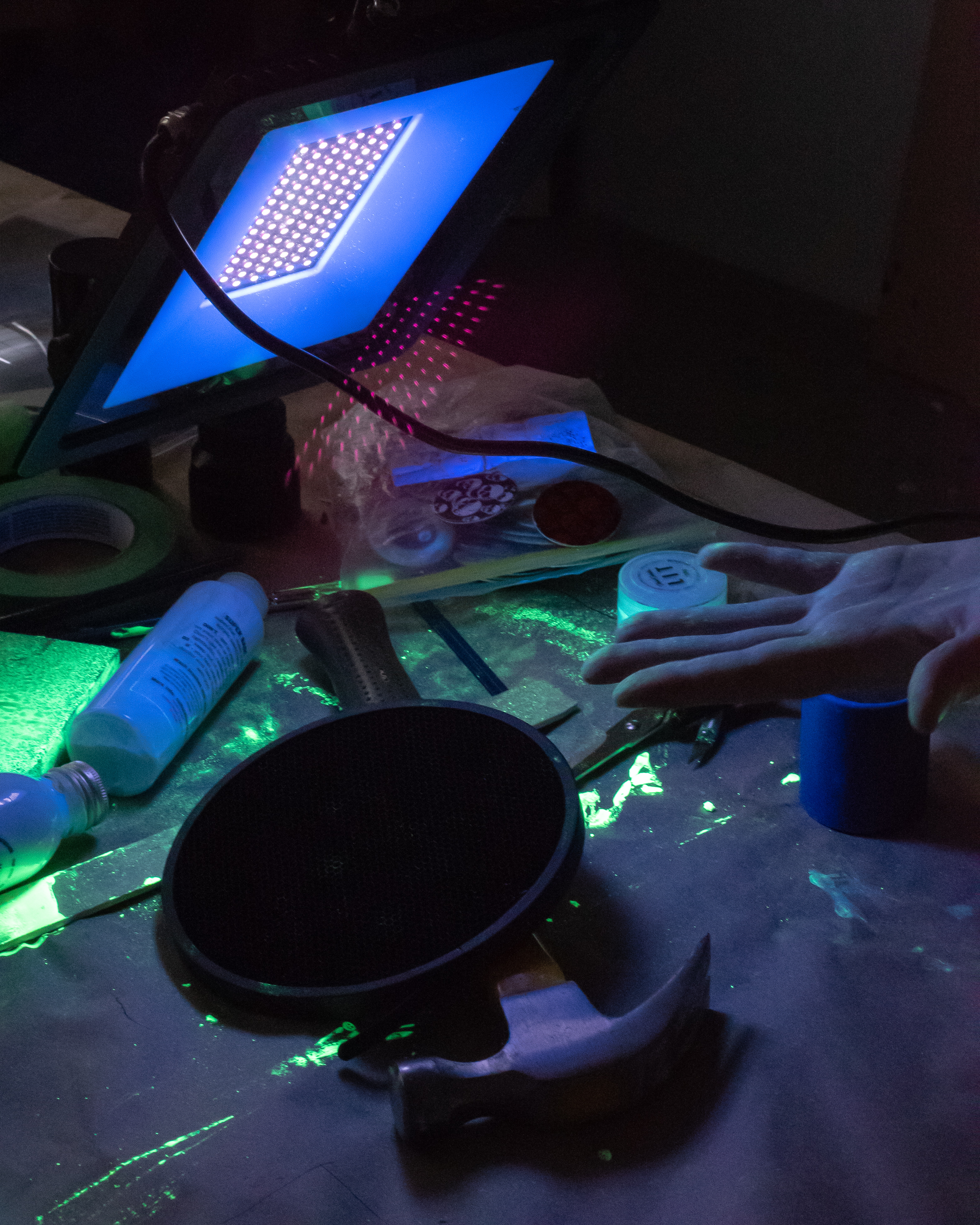 Throughout his recent residency at Burrard Arts Foundation, Miller faced a COVID era challenge—how to interpret his ongoing engagement with interactive, participatory artwork for a socially distanced climate. “The different avenues I wanted to do for this residency involved a lot of touching objects and interacting with other viewers, but obviously because of COVID that is completely not appropriate,” he says. “I had to really rethink what I was going to do.” 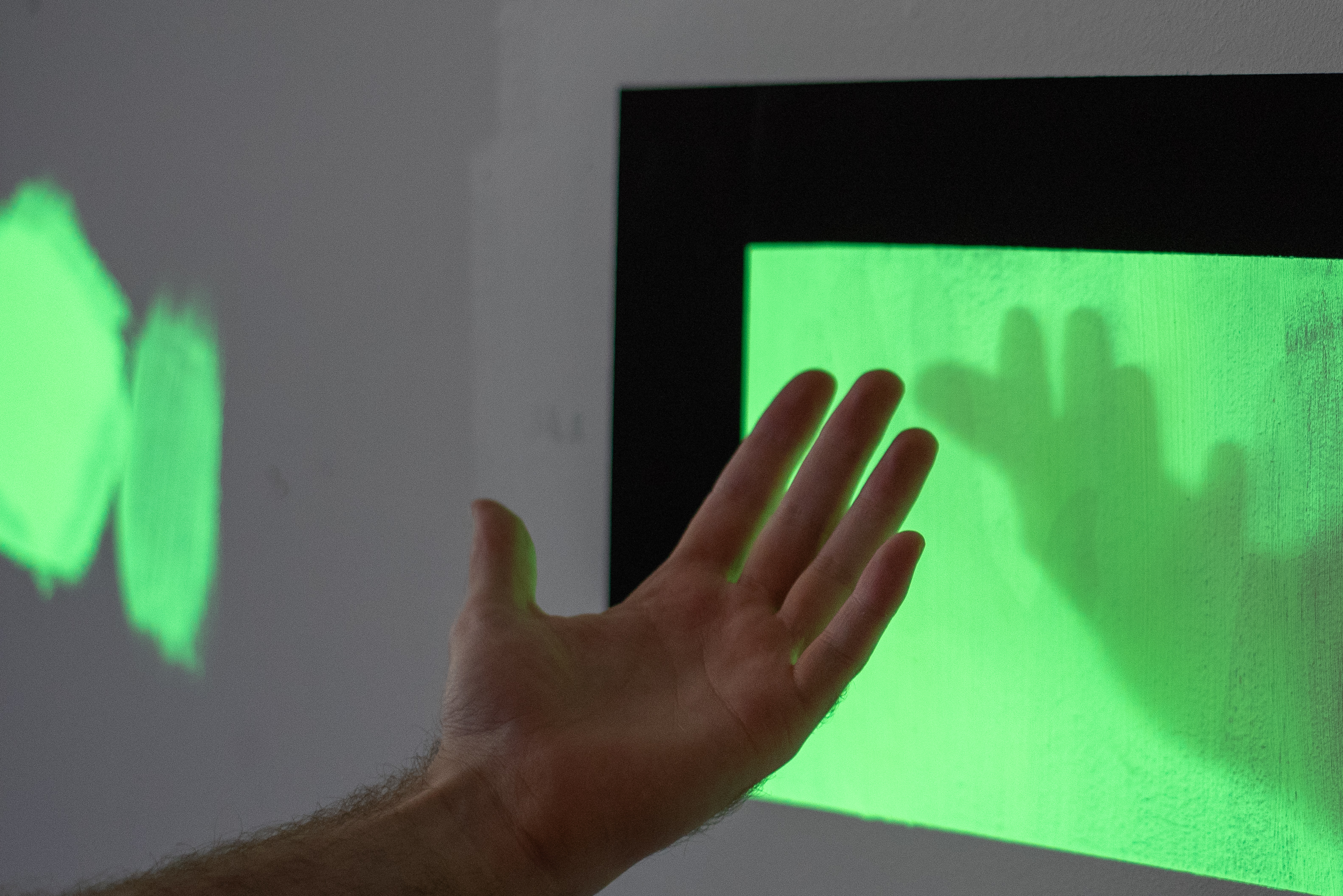 The resulting work, on view from October 31st to December 19th, allows viewers to interact with one another via shadow. “I came across this black paint that allegedly absorbs 99% of light, and a pigment called Lit, a glow pigment,” says Miller. Using these contrasting materials, black paint that evokes a void and luminous pigment reminiscent of the glow-in-the-dark stars many of us remember from childhood, Miller creates a space where viewers bodies can leave an impression from afar, temporarily imprinted on the glowing pigment. It’s an elegant marriage of Miller’s ongoing themes, namely the mingling of real and virtual space, adjusted for this particular moment in history.

At the start of his residency, Miller asked himself “how do I still have the viewer interact with other people, because I think that is something that we are craving now?” The answer is a playful, glowing work where bodies can meet but never touch. Apart but together—a very 2020 state of affairs.