Watercolour. Popular culture. Industrial construction. Cross stitching and embroidery. These are all components of our newest resident artist Kim Kennedy Austin’s practice, and though they are often dismissed as frivolous or commercial, she finds in them a wealth of creative fascination.

It’s well known that art forms seen as feminine or domestic, such as quilting, are cast aside as ‘women’s work’ and not considered fine art, despite the skill they require. Austin pays careful attention to these disregarded mediums, using them to comment on a wide variety of topics beyond the stereotypically female – a collapsed bridge or technical manual, for instance, depicted in translucent tones of pink.

Even more so than these statements on gender and femininity, the unifying theme of her practice is labour – something women are both well versed in, and used to seeing go unacknowledged. In her 2013 show Sunny Thoughts & Busy Fingers, for example,the artist selected phrases from sources as diverse as antiquated religious texts and current reality television. A study in jarring contrasts and unexpected commonalities, the Shaker maxim “Cleanliness, Honesty, Frugality” could be found alongside “Gym, Tan, Laundry” from Jersey Shore. The snippets were rendered as small oval watercolours in a palette of pink, peach, and orange – a complex statement on how ideas about gender and work intertwine themselves with high and low culture.

Also referenced in Austin’s work are time-consuming practices typically ignored by the realm of fine art. In her 2009 series Pimp Juice, she depicted vintage book covers, intrigued by their meticulously hand-illustrated designs. The books date from the ’70s and ’80s, the tail end of the era before all such media would be digitally produced. Austin used the gendered medium of watercolour to artistically reproduce the covers, themselves the product of painstaking hand labour.

Her most recent show, Fast Girls Get There First at Wil Aballe Art Projects in Spring 2017, perfectly synthesized these themes of gender and labour. Austin sourced editorial and advertising copy from outdated issues of Seventeen magazine, then reproduced them in the unusual mediums of fuse beads and scratch paper – both craft materials commonly used by young girls. The magazine was founded in 1944 with the intention of guiding young women towards respectable womanhood, and the finished works call up the quiet hours its readers would have spent absorbing these cultural messages with hands engaged in crafts, keeping busy but producing nothing of particular value.

Almost all of this found source material is located in the recent past – that hazy region that exists beyond memory, but has yet to achieve the status of history. Her 2012 show AJ, shown at the Malaspina Printmakers Society, focused on the famous 1930s manhunt for the ‘mad trapper’ Albert Johnson across the Yukon and Northwest Territories. The search involved the use of technologies that, at the time, were both old and new – pursuit by dogsled, live radio, and plane. Like the book cover series, these technologies are barely outdated; they still exist, but are no longer new. The times Austin shows us may have passed, but their remnants persist, undercurrents in today’s society.

Austin considers all her work to be a form of drawing, usually starting in this format and sometimes later expanding or embellishing in thread, ink, or paint. The humble, accessible medium suits perfectly the small-scale, intimate nature of many of her finished pieces, and the loaded themes she tackles in a deceptively quiet way.

In recontextualizing found source material, Austin combines style and subject to locate the play of politics and power that is inherent to all cultural material. Her BAF exhibition will be opening in early November, and we cannot wait to see what she puts together during her time with us.

Find out more about Kim Kennedy Austin’s practice on her website at kimkennedyaustin.weebly.com. 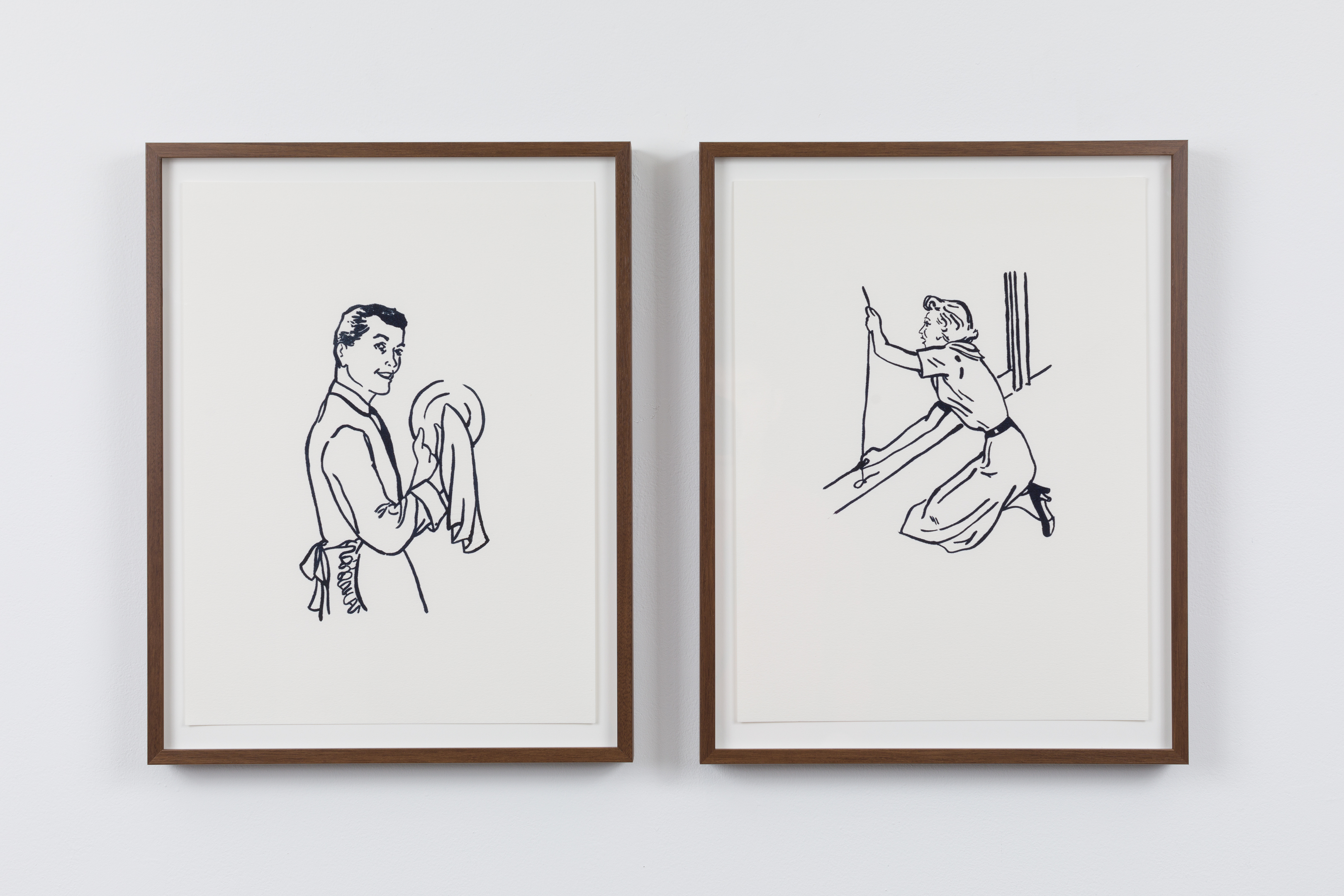