From quartz crystals to infrared candlelit yoga, bullet journals to green juice, self-care is increasingly prominent in our anxiety-ridden society. Though it’s easy to be seduced by the wellness ideals promised by ritualistic or commercialized self-care, visual artist and tattooer Katie So believes it doesn’t need be too complicated. Sometimes, drinking enough water is a good place to start.

Though Katie has always been making art, she explains that she still feels lucky to be able to do it now. After studying graphic design and illustration at Capilano University, she got involved in the small press comics scene, which gave her a way to share her artwork around the world. Her comics started as a way to cope with and make sense of everything going on in her head, in a way that was both darkly humorous and deeply relatable. The comics have followed a loose trajectory of her struggles with depression and journey towards acceptance, even when that path can feel far from linear. These themes continue to play through the rest of her work, outside of the print comic medium.

In 2016, she took part in the exhibition “Dirty Knees”, at Vancouver’s now-closed Untitled Art Space. Alongside other half-Asian artists, Katie’s work unpacked ideas around race, identity and representation while fostering a sense of community for mixed race people and people of colour (Scout Magazine, 2016). Her lived experience with this sense of duality is deeply foundational to her practice, whether it be in her examinations of mixed racial identity, navigating positive and negative mental states, or her hybrid status as a tattoo practitioner and fine artist.

Indeed, many Vancouverites know Katie primarily for her tattoo work, as she is one of the resident artists at Black Medicine Tattoo. Many of the artists operating out of Black Medicine also work in other creative mediums. For these artists, developing a tattoo practice was beneficial both creatively and financially, a way to survive and earn money off their artwork that has turned into a medium in and of itself.

Especially in Vancouver, tattooing has become a more accessible way for younger people to collect art; living situations here tend to be precarious, and a rented basement suite is less well-suited to housing a treasured collection of art pieces. With the body acting as a canvas, tattoos can be a marker of identity, a signifier of values, and a way to rewrite one’s narrative by reclaiming parts of the body.

Katie believes that her art practice itself can act as self-care too, as long as she is careful not to overwork herself. By focusing energy into her work and having a space devoted to that focus, So is able to prevent any unhealthy thought patterns from taking control. According to So, this is one reason she has appreciated her time in the BAF Residency Program.

In Katie’s upcoming exhibition, house plants will figure prominently. Within the visual language of the show, plants will reflect on how we can curate our surroundings and create shrines for our well-being – how our habits toward caring for things outside ourselves can reflect our own mental state.

With its open, honest discussion of sensitive topics like mental health and cultural identity, Katie So’s art is not dissimilar to the intensively vulnerable and painful process of getting a tattoo. With a little bit of trust and a strong sense of community, she shows us how these moments of pain can transform into something worth appreciating forever. 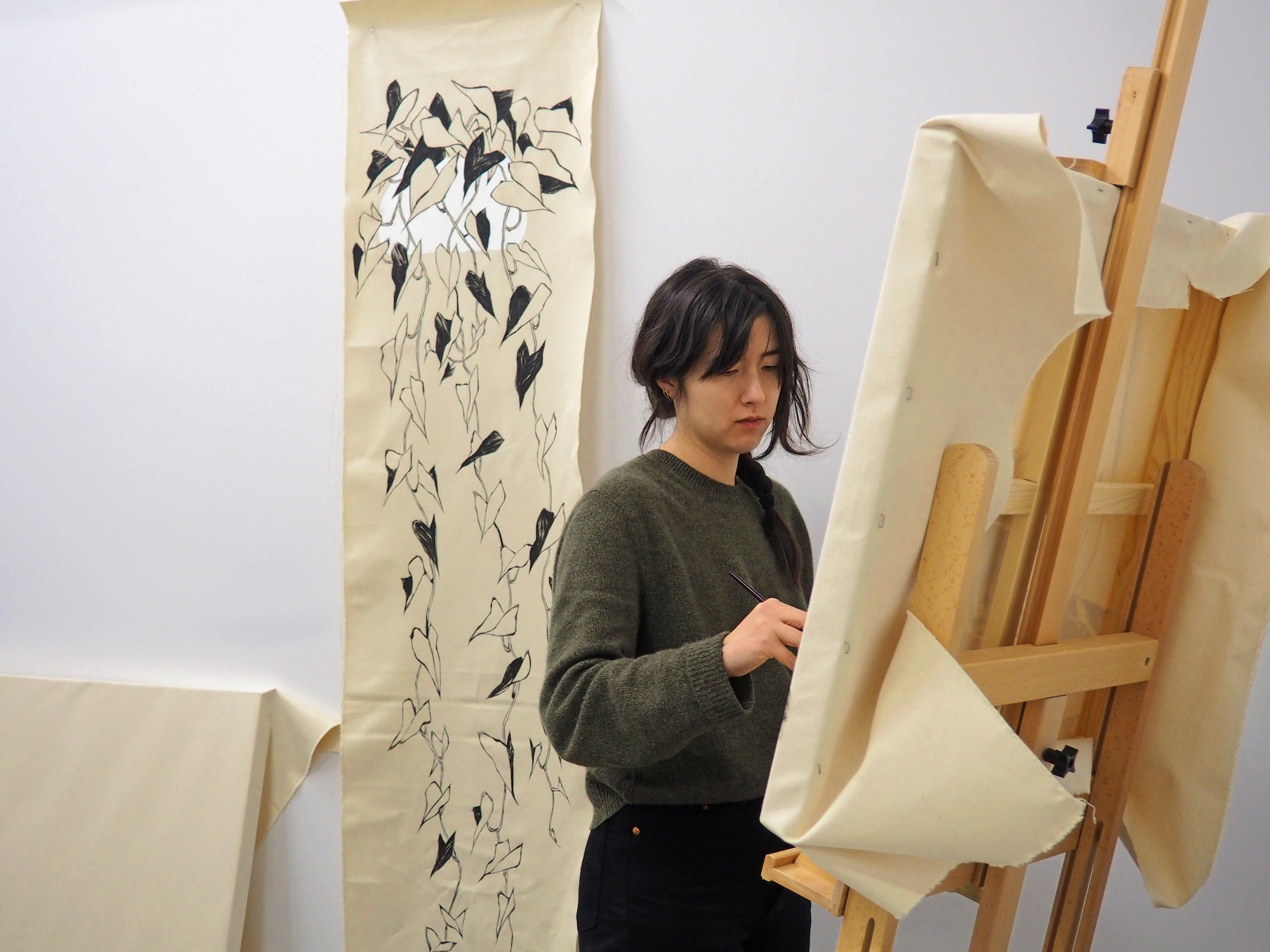