In a contemporary setting, it is becoming increasingly difficult to divorce ourselves from technology. Produced in BAF’s Artist Residency program, Emily Hermant’s new show till your voice catches the thread speaks to the yearning for human intimacy that can occur as we coexist more and more intimately with our technological surroundings. In these new works, Hermant examines this notion through woven static emulations and textile-like castings. 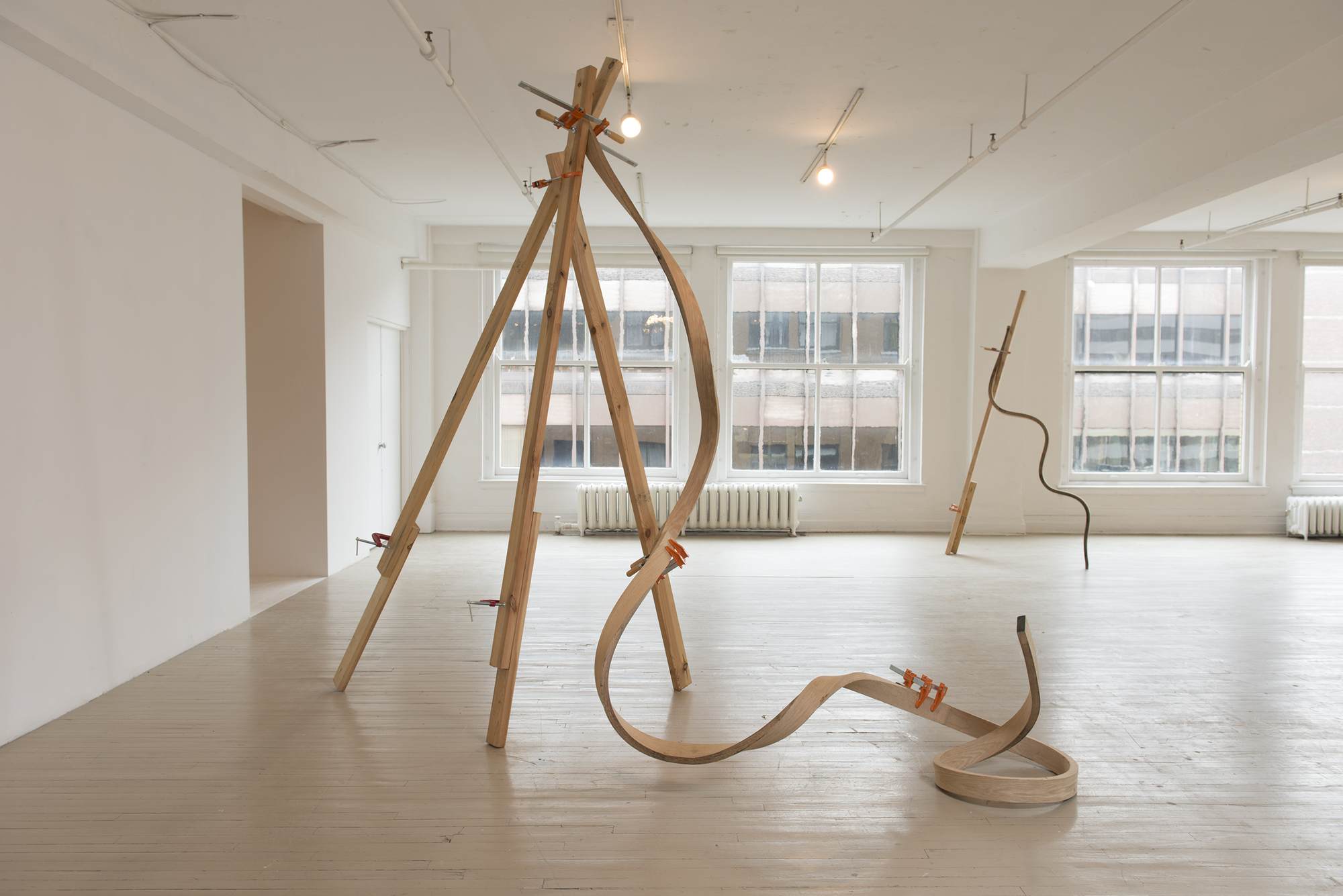 The predominant focus of her pieces centres on interpersonal communication and gendered labour. In combination with her formal training in fibre and material studies, these give rise to a materially comprehensive practice that plays with form and line. Whether it be hardwood bent into muted curves, or exposed electrical wires recontextualized as fabric, many of her material choices can be seen to emulate textile surfaces in a sculptural way. In What’s your favourite posish?, 2010, Hermant manipulates wood into what she describes as large-scale sculptures reminiscent of thread (1). This line of work continues into a 2014 exhibit very aptly named Spatial Drawings. While till your voice catches the thread may not occupy dimensional space in the same way as many of her previous works, the entire collection generates a more acute intimacy for the viewer to experience. 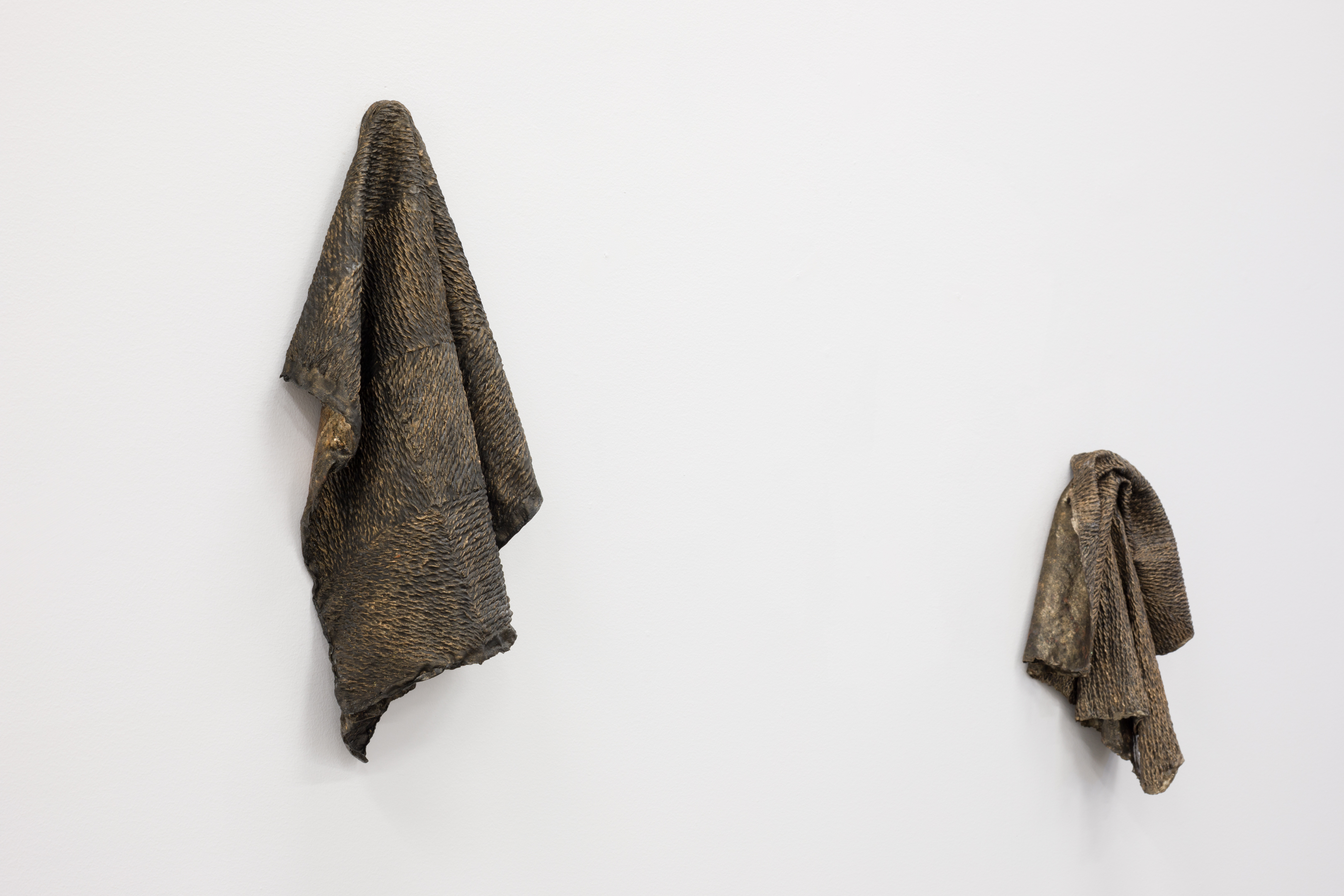 One series in the show, Untitled (Casts), first presents itself to the viewer as cloth cast in bronze. Yet upon drawing closer to each piece, the forms reveal themselves as neither fabric nor bronze, but flexible latex cast from quilted configurations of data cables. They are the inverse of the cables that comprise other works in the show, aptly described by the artist as ghostly remnants or ‘digital skins’. What appeared as immobile and solid to the viewer now holds malleable potential; each cast could in fact be folded and repositioned with ease. In addition to the physical properties of latex, Hermant’s curiosity for its degenerative nature secretly plays against the traditional purpose of bronze. The viewer’s initial judgement that the folded forms are a bronze immortalization of cloth-come-data cables is contradicted; the longevity of the impressions is in a fight with time.

Echo (Sabin), Fragments from a Larger Whole, and Reflections on Perseid (No. 3) are all comprised of telecommunication wires – concealed elements of commonplace electronics that are not normally visible when that technology is utilized. These wires are undressed and rearranged to build up a layered, fixed complexity of information. Hermant’s artistic practice and background express themselves in these works, as the wires are arranged into orderly, meticulous formulations reminiscent of textile surfaces.

Whether comprised of or cast from these discarded technological fragments, Hermant’s woven visualisations strike a sense of disbelief into the viewer that this backbone of technology – the wire – could be transformed into such a sensitive depiction of analogue data. While till your voice catches the thread may draw us to recognize how technology can be devoid of emotional intimacy, the works simultaneously speak to the physical closeness that we experience in our interaction with smart objects.

Emily Hermant’s show, till your voice catches the thread, opened at the Burrard Arts Foundation on Friday, June the 14th and runs until Saturday, July 27th. 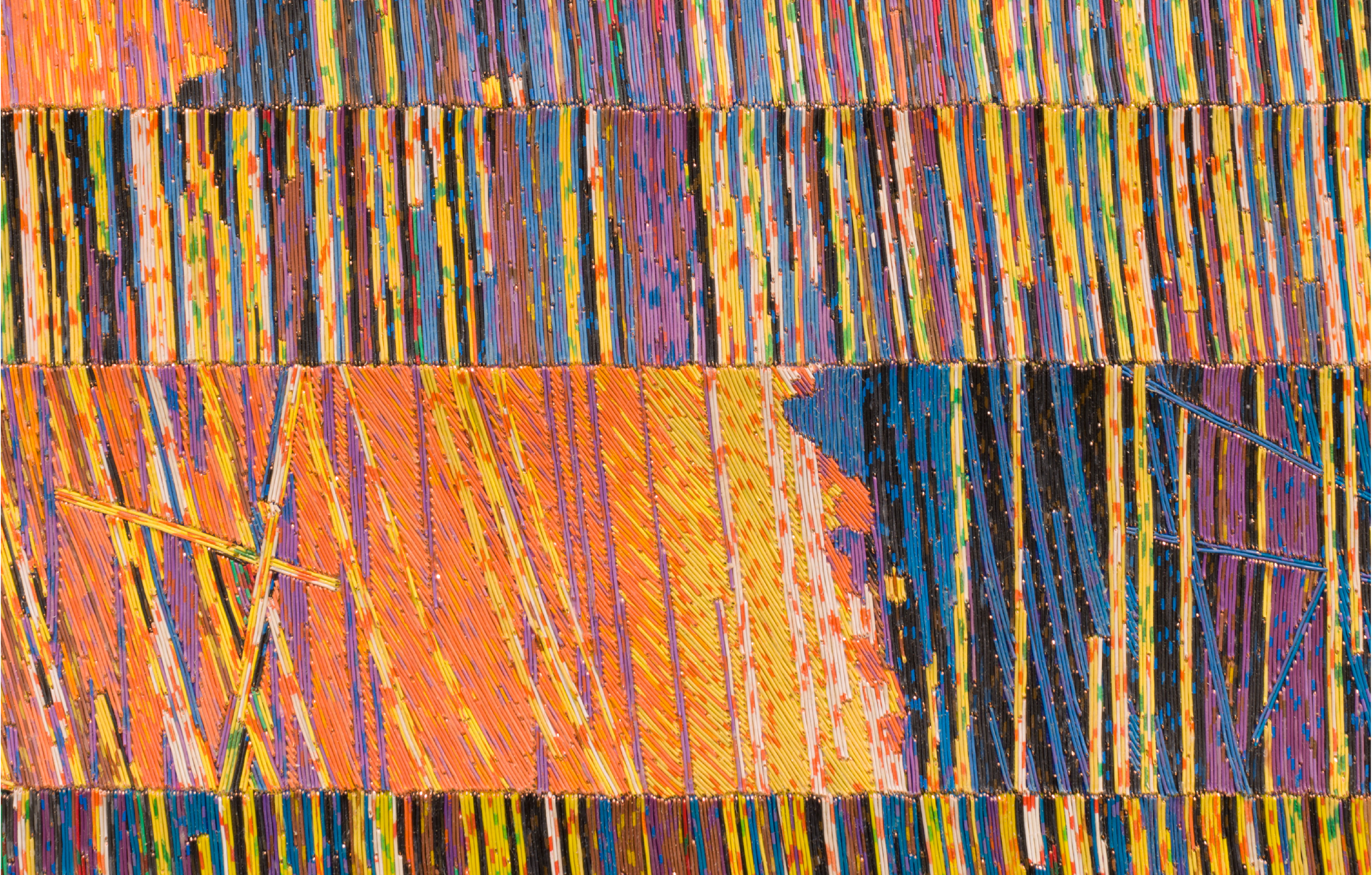