I can never learn enough about what it means to look.

This is what Cara Guri tells me as we are watching each other’s pixelated faces rearrange themselves into the familiar gestures of speech, laughter, and thought.

We are talking virtually over the internet of things, during a collective and personal un-mooring: a racial reckoning embedded within a global state of emergency—levels of complexity and interrelationship with shifting meaning—a continuous sequence of moments which asks for our presence, our ability to be with it all, in perpetuity, and right now.

Framed by the black rectangle of the personal computer, we are witnesses to an arranged and curated version of each other—plants appearing according to the compositional rule of thirds, clothes loosely hung from the back of a door, symbols of identity, the figure and the ground. It’s an absurd way to talk, but the parallels are uncanny.

Cara Guri’s meticulous pictures are enigmatic and direct, deeply embedded in history yet decidedly of our time. Concealed portraits in oil—figures with faces obscured by quotidienne objects or intentionally cut off in their composition—they represent a split in trust, emerging from a fascination with western traditions of portraiture estranged by time and politics. From a portrait of Guri’s mother behind a stacked pyramid of drinking glasses, to a self-portrait where the artist’s dark red braid obscures her eyes, to a figure wearing a helmet of forty-two pink post-it notes, Guri’s work asks for our presence—our ability to make our own sense of looking and being looked at, seeing and being seen.

These portraits ask much of us; they know they’re being watched. They call us to relate body to body to body, viewer to artist to sitter. This tripartite transaction can also be mapped back as a negotiation between representation: the likeness of someone, index: the painting as a physical trace of the event, and symbol: conventions and relationships which make meaning. Whether shaped by a game of peek-a-boo or the artist’s private, broken game of visual telephone, Guri’s portraits simultaneously lure us in and block our access. In so doing, they exist unmistakably on their own terms.

Guri’s practice has changed shape since her days as a student. During her time at Emily Carr University, Guri tells me her process involved making paintings of paintings: flooding light across a painted surface and then using it as a still life from which to paint another work—this act repeating itself over and over, dissolving into abstraction. These days her work is more about the material of western art history itself, how portraiture relates to the process of identity formation, and the place where the real and surreal meet.

During her ten week residency at Burrard Art Foundation, Guri has contended with the weight of canonical history, the politics which underpin all images, and the types of bodies they tend to represent. She has chosen to enter into the work of thinking, feeling and responding through the particular portal of portraiture, which first brought her into contact with art. For Guri, this is a natural place to unpack, engage in process, and address both the visible and the obscured.

Two hands, one in light and one in shadow, forefingers kissing thumbs at right angles, delicately touch—a frame through which we see an ear, then a face, then wisps of red hair. Two torsos move out of opposite ends of the picture plane: an implied leaving or spilling out. A hand reaches for a mirror offered up by a seated body, but the glass is turned the wrong way. Quiet architectural spaces fold in on themselves like time. A figure faces the wall, reaching into and behind.

What does this moment of reckoning need from us, and what do pictures want?

Cara Guri’s upcoming exhibition ‘Interstice’ will open at BAF on Saturday, August 29th. Join us between 2 and 7:30pm for our socially distanced opening day. 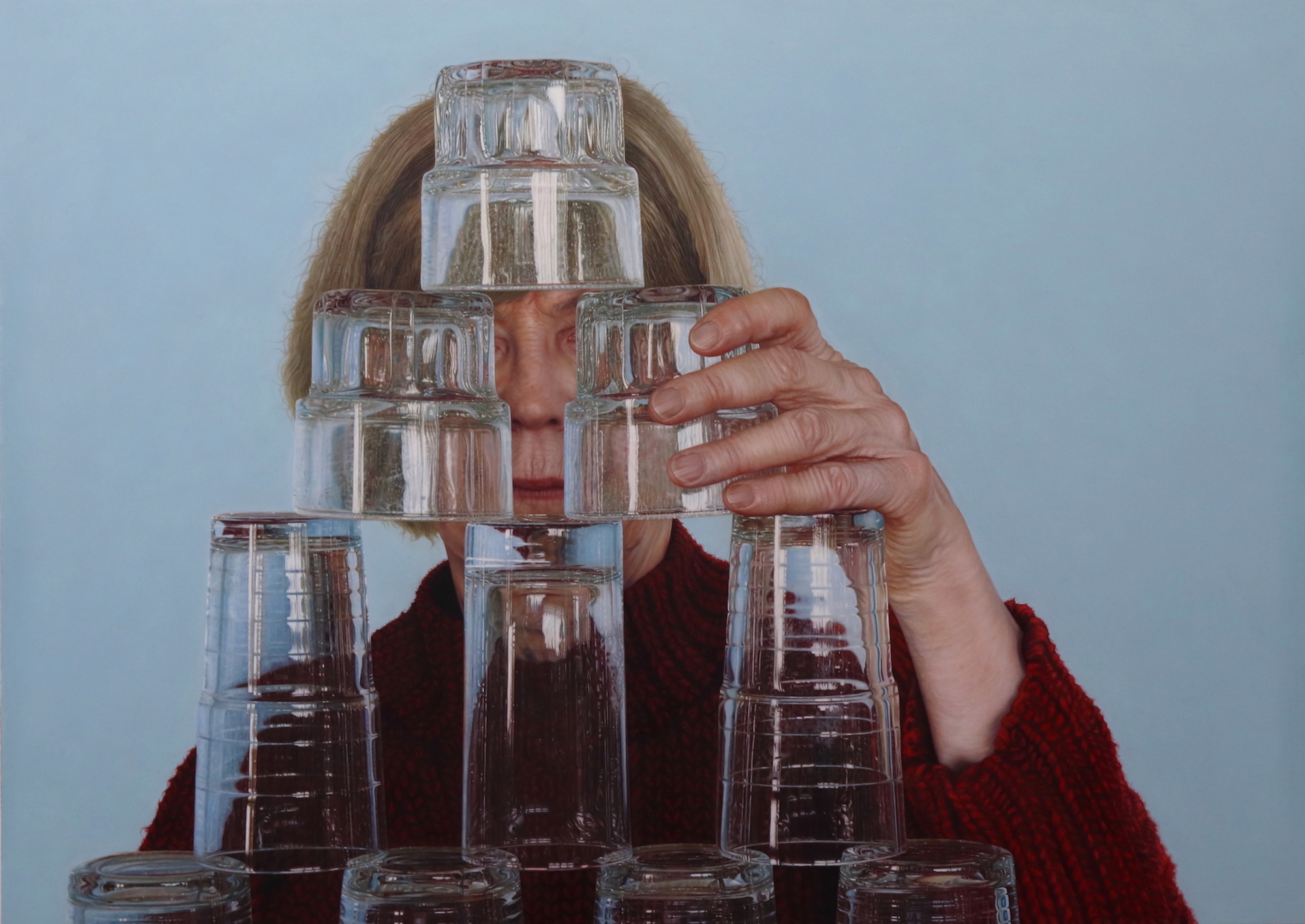