Vancouver artist Angus Ferguson is preparing for the launch of his latest show at BAF Gallery (108 E Broadway), Where Have All The Good Times Gone. A graduate of the Langara Fine Arts and Emily Carr, Angus’s work varies from illustration to oil painting to video. Angus grew up in a creative household, with a father who was a filmmaker with NFB in the 1960s. He was always encouraged to pursue his creative ideas, which at the time were mostly drawing. Influenced by comic books and great illustrators, Angus embraced this drawing style from his own interests but also as a form of rebellion. In his experience at art school, illustration was maligned as not being ‘high art’, so Angus decided to embrace this taboo drawing style.

Angus’s work in this particular exhibition was created while taking a break from other projects; letting his mind relax and paint freely. This gives them an instinctually playful, surreal, and unfinished quality. The title, Where Have All The Good Times Gone, is equally playful. A famous song by the Kinks and covered by Van Halen, it is a lament for youth, for simpler times. This is what Angus’s show is about: taking a break from his more formal oil paintings, to enjoy playful illustration again as he did in his youth.

Angus finds inspiration in movies, some of his favourites being the classic films, North by Northwest, The Thing, and 2001: A Space Odyssey. He also finds inspiration in watching the creativity of children. He finds that a person has the most creativity as a child, while they can still make their own rules, before they start looking for approval and acceptance from others. The attempt to recapture this child-like liberty and abandon is evident in every piece of Angus’s latest series. Perhaps this tactic, of drawing without caring what you are creating or why, is a direct path to true creativity.

Don’t miss Angus Ferguson’s show, Where Have All The Good Times Gone, opening on May 19th, artist talk at 6:15pm. 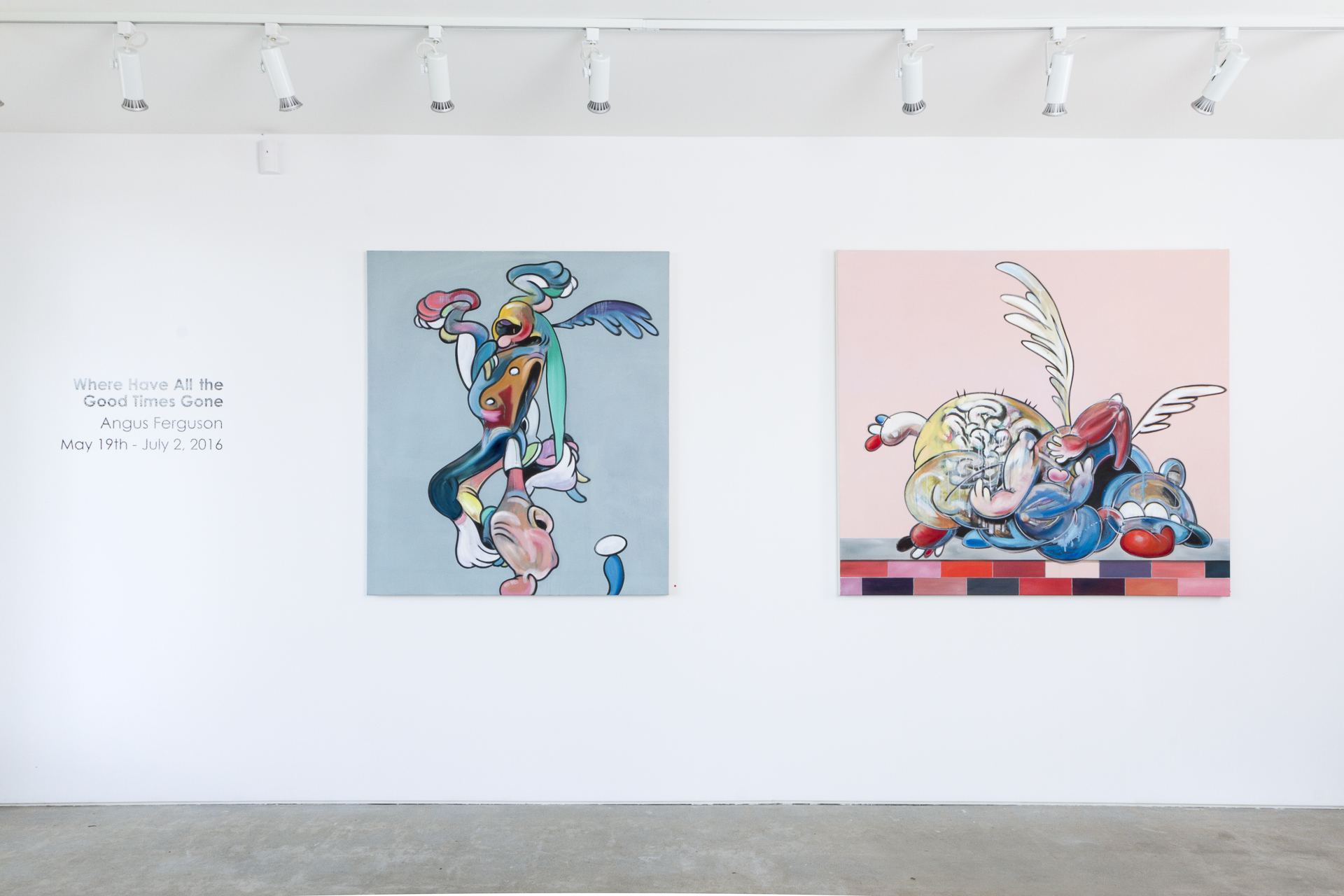