Howie Tsui’s ‘Parallax Chambers’ conflates the anarchic universe of martial arts fiction (wuxia*), with the ungoverned community that formed the Kowloon Walled City. We interviewed him to find out more and learn about his technical masteries for this new body of work.

Can you tell us about the process of creating the audio for Parallax Chambers?

The ‘musical’ motif that plays at times is a sample from the theme music in the 1980s HK TVB production of Legend of the Condor Heroes.  It has been filtered through a sound effects processor designed to mimic both a thrift store autoharp and grand piano.

The audio was created by both Remy Siu and Paul Paroczai following the animations’ completion. I provided direction through both written notes and references to pre-existing audio clips. The audio effects related to each animation were designed by blending and and building off of samples from sound libraries.

Much was discussed in regards to the choice, editing and timing of the audio samples. Sometimes I would record a video of the animation looping on a screen along with a vocal sketch to convey the idea and timing.

What aspects of the Parallax Chamber animation are controlled by the algorithm, and how was this algorithm created?

All the animated segments of the work exist  individually, as fixed units. The algorithm determines which combinations of animations appear together, and in which of the rooms/backgrounds they are shown.  The algorithm also decides how the lighting in each scene will behave, based on a selection of lights that were designed.

It also determines how the camera moves, and at what speed; the speed at which the birds fall; and the speed and instances when the lasers ricochet through the picture space. Also, it decides when the floor will break apart into  landscape and when the sound motif is played during the room cycle. Like the audio, the algorithm was written by Remy Siu, a composer and media artist who I collaborate with.

Was there ever a point where Parallax Chambers wasn’t delinear (aka had a beginning and end), and if yes, what caused you to shift the work to being generative?

The work was always conceived to be non-linear, similarly to many of my past narrative 2d works. It is important for the work to tangle with the concepts of order, chaos and harmony. The algorithmic framework of the piece helps activate this friction that I’m looking for.

You could consider the individual animations as having a start and end, and then being placed into a looping cycle. We enjoyed the idea of the work feeling like a perpetual rolling of the dice – providing unpredictable results.  Our objective is to create the conditions and environments for the narrative to flutter. It’s like building, designing and populating an aquarium and allowing it to fester on its own accord.

Formally, we had determined that the work could not be considered generative given that there is no additive mechanism. So there is no new material, assets or content being produced during the running of the work.  Just malleable sequences.

This show made use of some unusual materials including lenticular lightboxes and goatskin. Do you tend to be drawn to unique mediums like these, or were these newer experiments?

These were experiments for sure, which turned out to be quite finicky but rewarding.

The lenticulars were experiments in translating animated media work into a physical format. I was attracted to the lenticular format also because it is sort of antiquated given the rise of LED screens which conveniently allows for the ubiquitous display of moving images.

My interest in reviving archaic technology can be seen in past projects that involve magic lantern projector performances and re-themed pinball machines. I’m drawn to these old, haunted mediums for their tactility and as a response to technology’s race towards an ever-flattening haptic environment.

The lenticular printing medium also establishes frame constraints that you have to work within. I think these frame restrictions provide a counterpoint to the media work, where we are constantly pushing for higher frame rates in the 50 FPS range.

I have worked on skin parchment in the past. It’s got that seductive feel for crispy ink brush skating moves. For this exhibition, I wanted to include a unique brushwork piece on this warm medium to offset the colder, editioned works.

The material also alludes to the archaic material used in sacred texts, war diagrams, and ancient manuscripts, which follows my interest in toying with the scroll format. More directly, the significance of the ‘skin’ medium is to refer to the materiality of the Nine Yin Manual – a fabled martial arts manual that functions as the narrative anchor in which all the characters depicted in my work orbit around.

While you focus on drawing, a largely solitary medium, you collaborated with other people on many aspects of the exhibition like sound design, animation, and lenticular printing. Do you see your practice as a generally collaborative one?

There are multiple streams in my practice now.  It certainly began as a solitary process of losing oneself in the making. I still provide space for this way of working, but also tend to have a number of larger, more ambitiously conceived ideas that I want materialized. These are usually the more exciting, unpredictable and challenging works that yield both the most pain and reward.

All the works in this exhibition grew out of your project Retainers of Anarchy, and in general, your practice seems to consist of continually evolving and building on existing work. What are the unique challenges of working in this way?

I think it can be a kind of burn out. But it is also a determined push to really eke as much flavour out of those bones as I can. After Retainers was up and running, we didn’t have this feeling that it was completed – just visions of what else we could do to make it better. To snoop around and root around the filth like a truffle pig. Parallax is a byproduct of this exploration and of asking what else is possible given the framework. The goal now with Parallax is to expand it into a 3-channel video projection with three simultaneously cycling room frames that break open in unison into an open landscape.  Like a mangled slot machine spilling out melted chocolate coins. I think it’s visions like these that keep me motivated to grind away until I feel settled.

Luckily, I also have other streams of work in my practice that serve as palette cleansers when I need to divert from the epic trajectory in which Retainers and Parallax are currently heading. 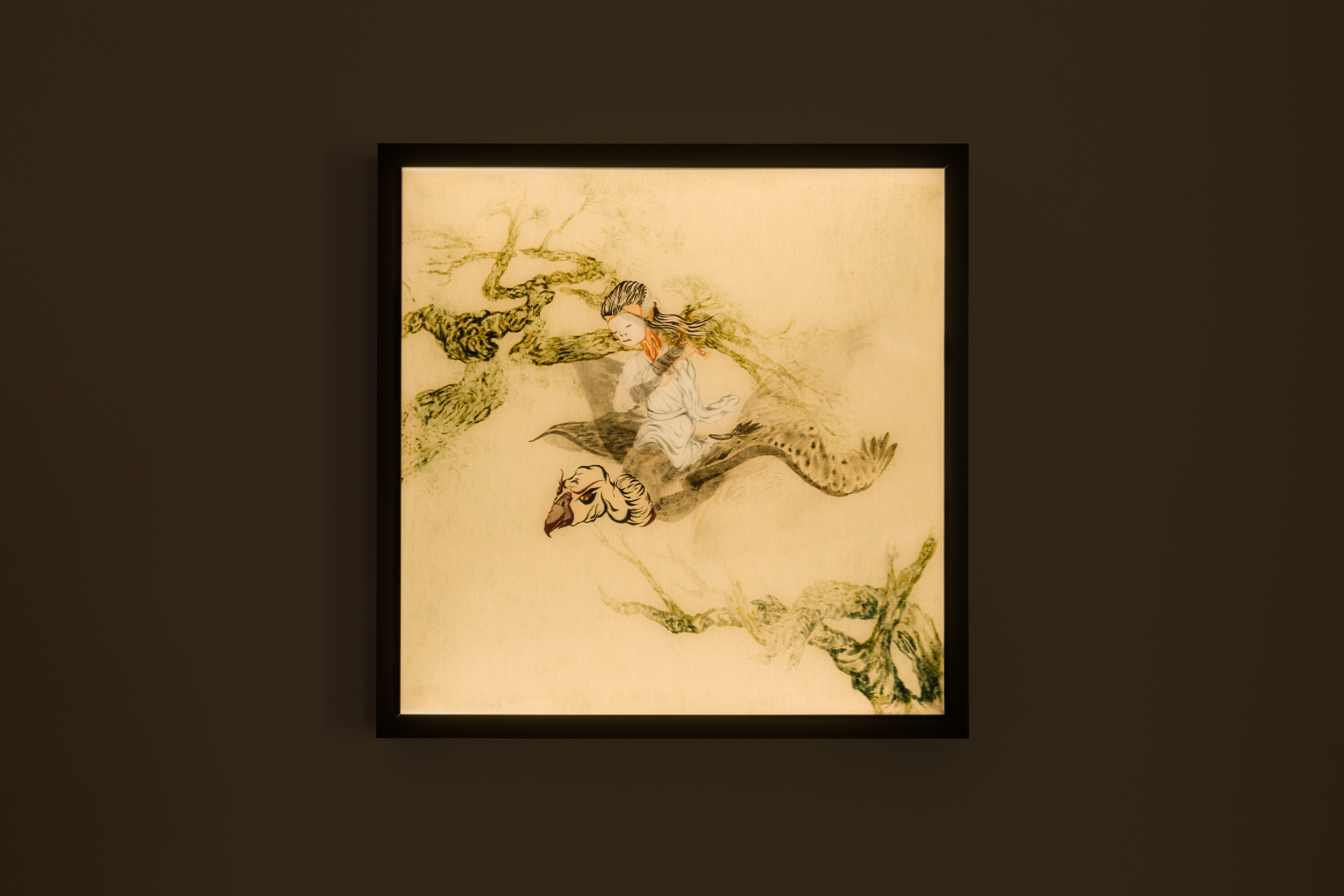