Annie Briard brought her fascinations with the natural world and visual perception into an immersive new format with ‘Within the Eclipse.’ With light, colour and sculptural installation, the works create a contemplative space for transcendent experience.

Keep reading to learn more about Annie’s process and inspirations.

The natural features of our world—the sun, the moon, light, darkness—are generative places for intervention in your work. How has your practice evolved to work with and against the (seemingly) natural?

I think the natural world is such an important part of my work—in particular the landscape. It’s always had a location or been used as a referent in my work and I think part of it comes from just a belief system. What I’m most interested in as a living being is to understand what other people are perceiving and how other people are existing and understanding life and the world around them and then comparing that. I only have one small piece of the puzzle, and the more I can glean from others the wider my world becomes as well.

In order to do that, or the precursor to that, is the idea of affect. Really being very interested in important or pivotal moments of experience though our bodies, that then affect our minds. For me, those experiences almost always happened outdoors, around living beings, trees, going out into the mountains. A lot of my work draws from long-haul backpacking trips I’ve taken, or other moments in nature, but then there’s so much that’s problematic around that.

If I just represent the natural world through the lens, then it’s mediated by the lens; it’s not truthful to the experience that I had. Even if I’m having this deeply spiritual, affective experience, there’s no way for me to accurately translate that to somebody else. So manipulating the natural world through analog and digital means is really what allowed me to get much closer to my own experience of how I see the world or feel it.

So that’s part of why there’s that deep respect for the natural world in my work, and a deep need to discuss that with others, but at the same time to rely on simulation.

From the theatricality of the amphitheatre created by The Glow of Two-Thousand Moons, to the particular shade of grey of the large plinths, to the juxtaposition between the analogue projectors and the digital images spilled onto BAF’s concrete floor, there is a decidedly science fictional edge to this exhibition. Would you speak to the connections between your work on the fallibility of perception and the aesthetics of science fiction?

I love that you picked up on that, because I love when I’m able to get some of those aesthetics to come across to viewers. What I enjoy about science fiction is that it’s stemming from real experience—in many cases, concrete science—but then adding a tonne of imagination and presupposition.

I think that’s important as a way to break free from some of the linguistic constraints that limit us. Some of the constraints I’m fighting against in my work are around how we understand the senses, because so much of that is based purely on convention.

Think of after-images for example; if you look at a light source, and then look away, that image remains in your field for some time, but in fact, we are constantly seeing afterimages. Our senses and minds are constantly recording those, but our brain works to cancel them out. There’s so many things like this that we just cancel out because we’ve grown to learn that that’s not a real thing, or not natural.

I’m interested in deconstructing those conventions and structures. The more we deconstruct that, the more open we become to a multiplicity of languages and voices and perceptions and belief systems. That goes back to what I was saying before; I’m not interested in saying ‘I see things this way and you see them the same way, so let’s keep replicating that.’

I’m interested in what different people say and maybe eventually trying to translate some of these bizarre or seemingly different experiences that I’ve had and trying to get those across.

Your work at BAF is a bit of an energetic departure from previous exhibitions. Rather than the maximalist-leaning double or triple vision of some of your previous offerings, these works consciously situate themselves in histories of minimalism. To me, it seems a very contemplative space, a place where we are persuaded towards a quiet interiority, marked by the steady rhythm of the slide projectors. Will you reflect on that energetic shift?

At that point, information and sensation can happen on another level. I’m glad you’re talking about interiority, since it’s very important to me in this show to think about how people will encounter the work.

How can I create this moment that feels intimate, hopefully special, and almost imaginary? How can it transcend the mundane, or what’s expected? Then hope that I can recount that experience to somebody else.

In that way it’s impossible that you’ll experience the show in the way that someone else would. What I like is how we all perceive it in a different way. You could experience something blue and gloomy, and someone else could have come in and seen pink and vivid.

How did your obsession with light first begin? Why does it still feel salient to you now?

I’m obsessed with visual perception and exploring that, and there’s a lot of photography and a lot of video work. Sometimes they’re just depicting what I see around me, but at the end of the day, it’s all about light and our reaction to it.

In order for me to better understand the processes of perception and better understand the makeup of those languages I have to distill it as much as possible. Getting to pure light makes sense. It’s quite new to me to be dealing exclusively with light, only in the past two years really, and this is the first show that i’ve ever presented that is really only using light, or using light in such a central way.

Why it continues to interest me has to do with some experiences with sensory deprivation. Whether through meditation, deprivation tanks or another way, the experience is like a light in the void. There’s this coloured light, that starts filling your vision. I’m curious about that and want to bring it into the foreground and play with it.

I’ve got a number of shows coming up, but because of covid, I can’t even give solid dates anymore—things that were supposed to be in the past are now in the future, and so on.

There’s an upcoming show at Queen’s university (“Second Sight” at the Union Gallery) that I’m very excited about and you can find more info here when that announcement comes. There’s also “Chronométrie” for Art Souterrain which I’m very excited about. Montreal is in complete lockdown and under curfew right now, so to be able to present a huge mural work as part of the festival, and imaginary landscape in the snow and cold, I’m really excited to see how people interact with that.

There’s also one in Victoria (“Mirage” at Deluge Contemporary) that is going to be exclusively about landscape, which i’m excited about because i’ve never overtly accepted or stated that landscape is a huge part of my work. I’ve never done a “landscape show”, and now I’m bringing together all of these works from different times in my practice that all refer to it. I’m really excited to see all of that together in one space.

To read more about Annie Briard’s work, check out our Insider Series article by Megan Jenkins. 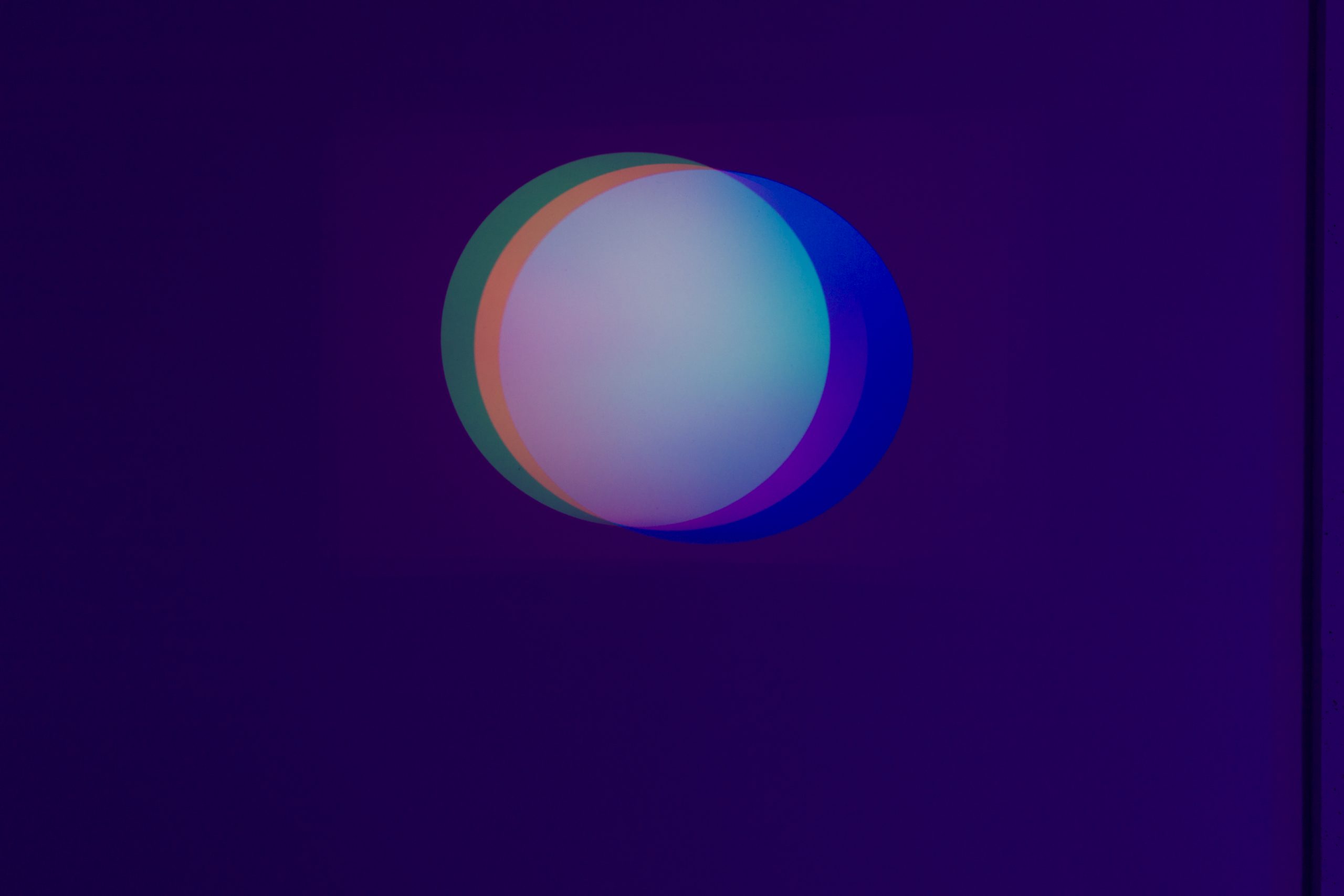