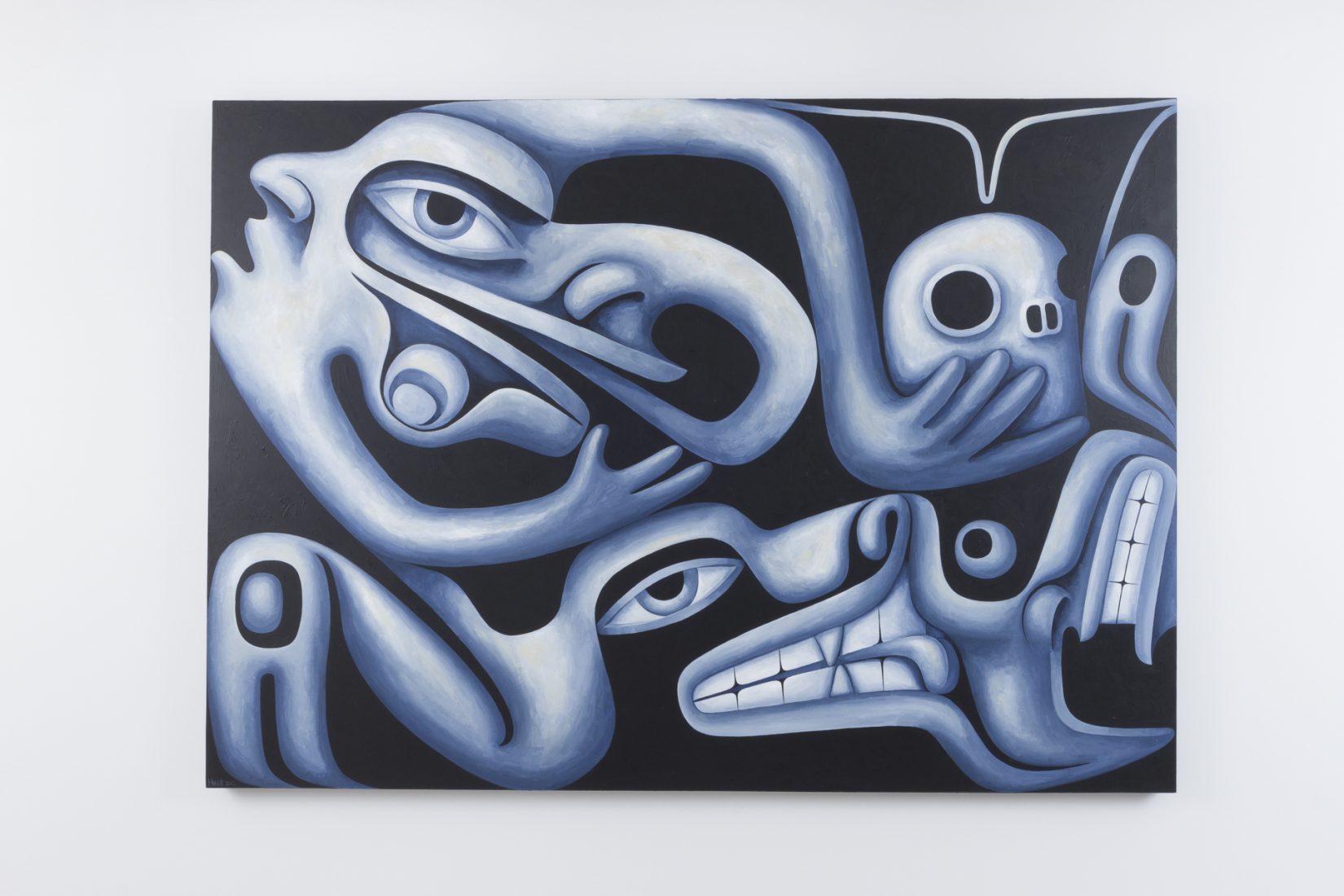 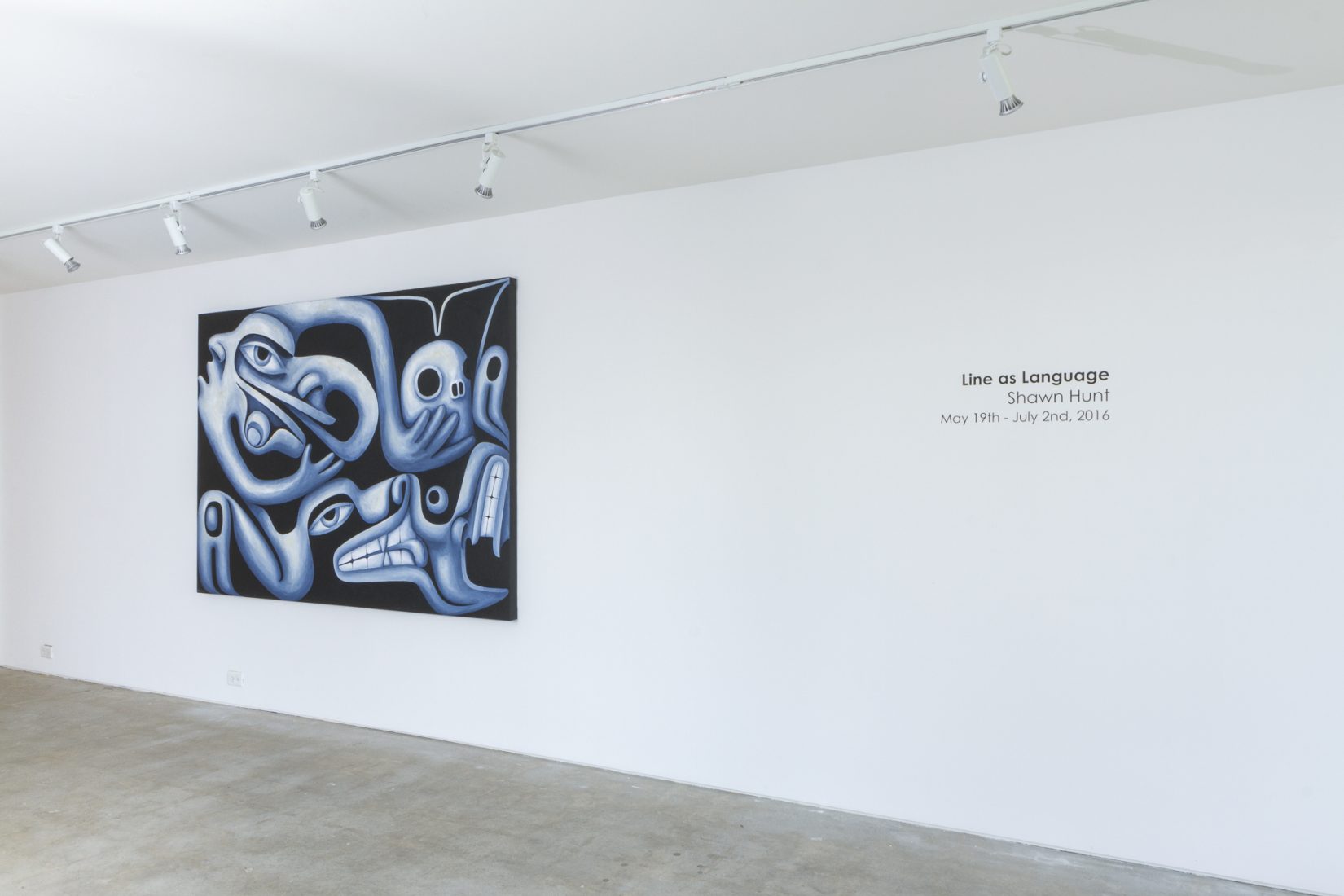 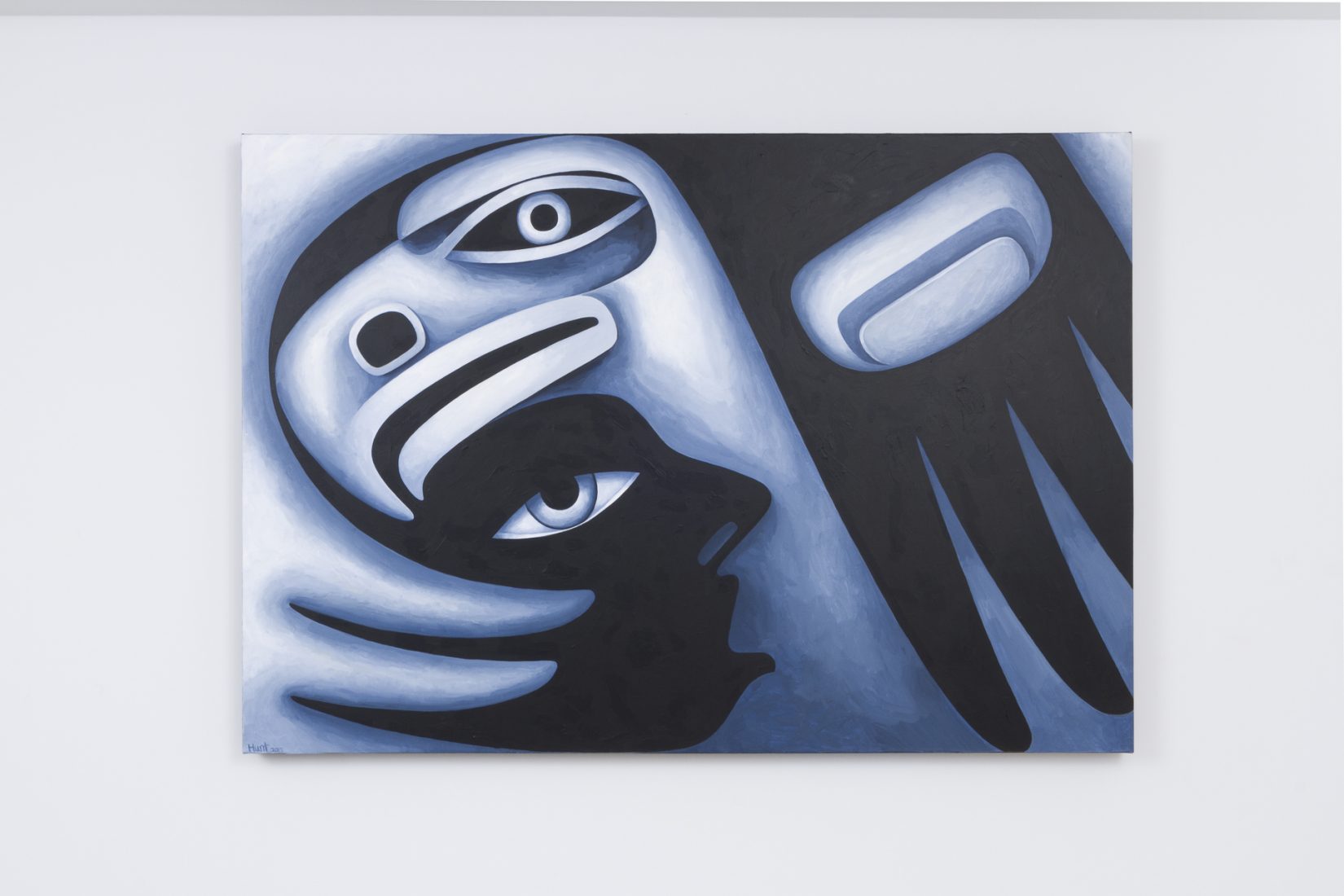 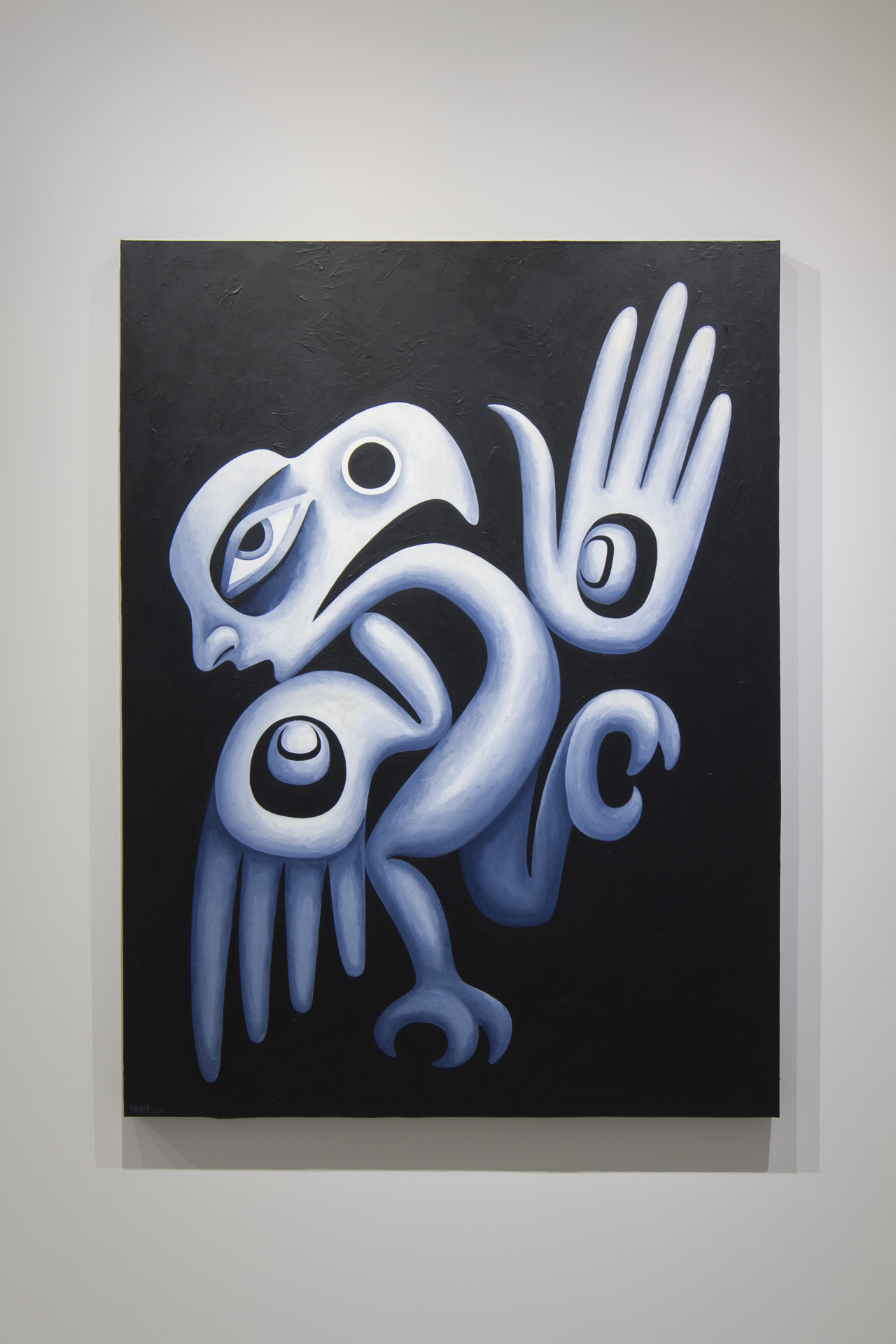 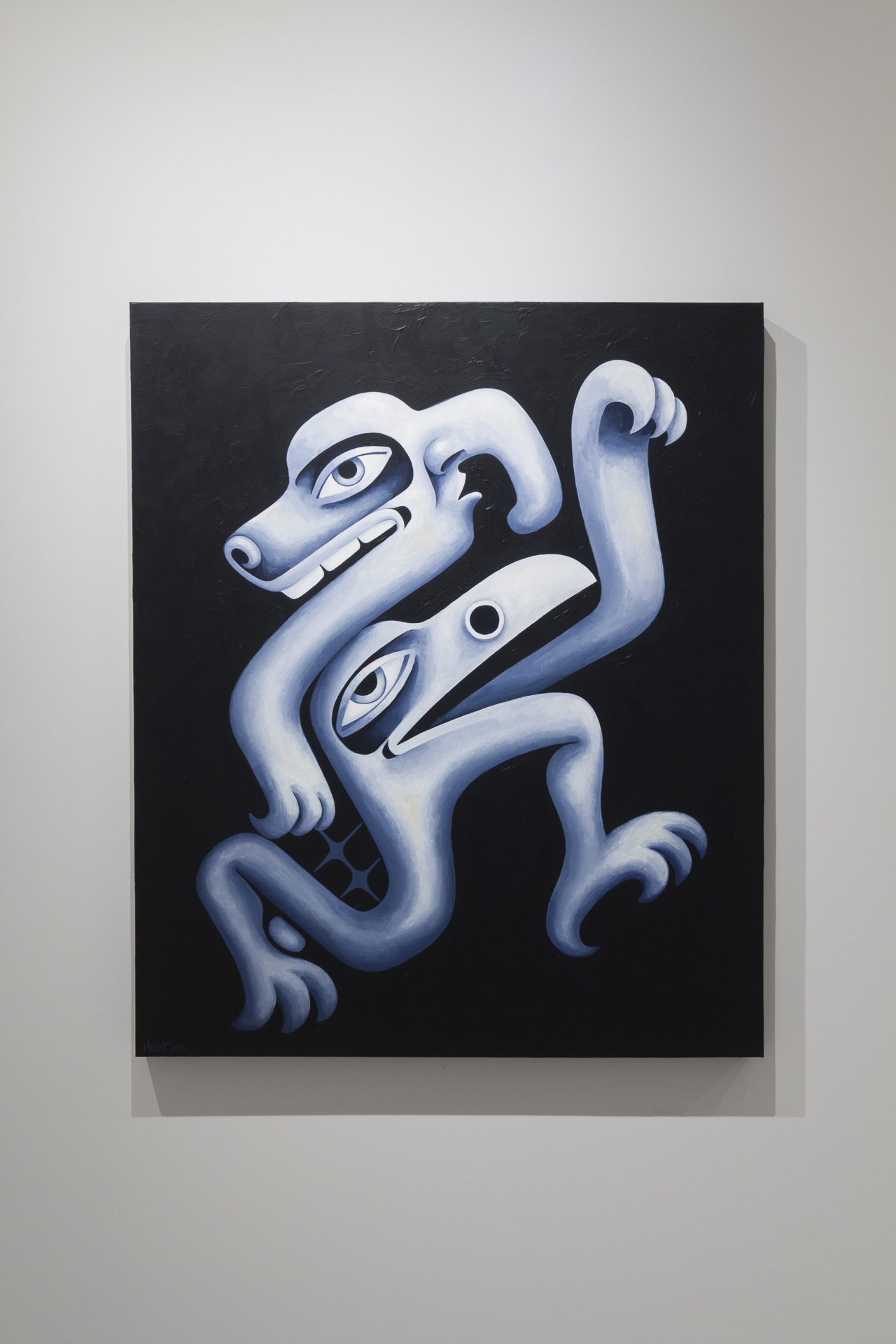 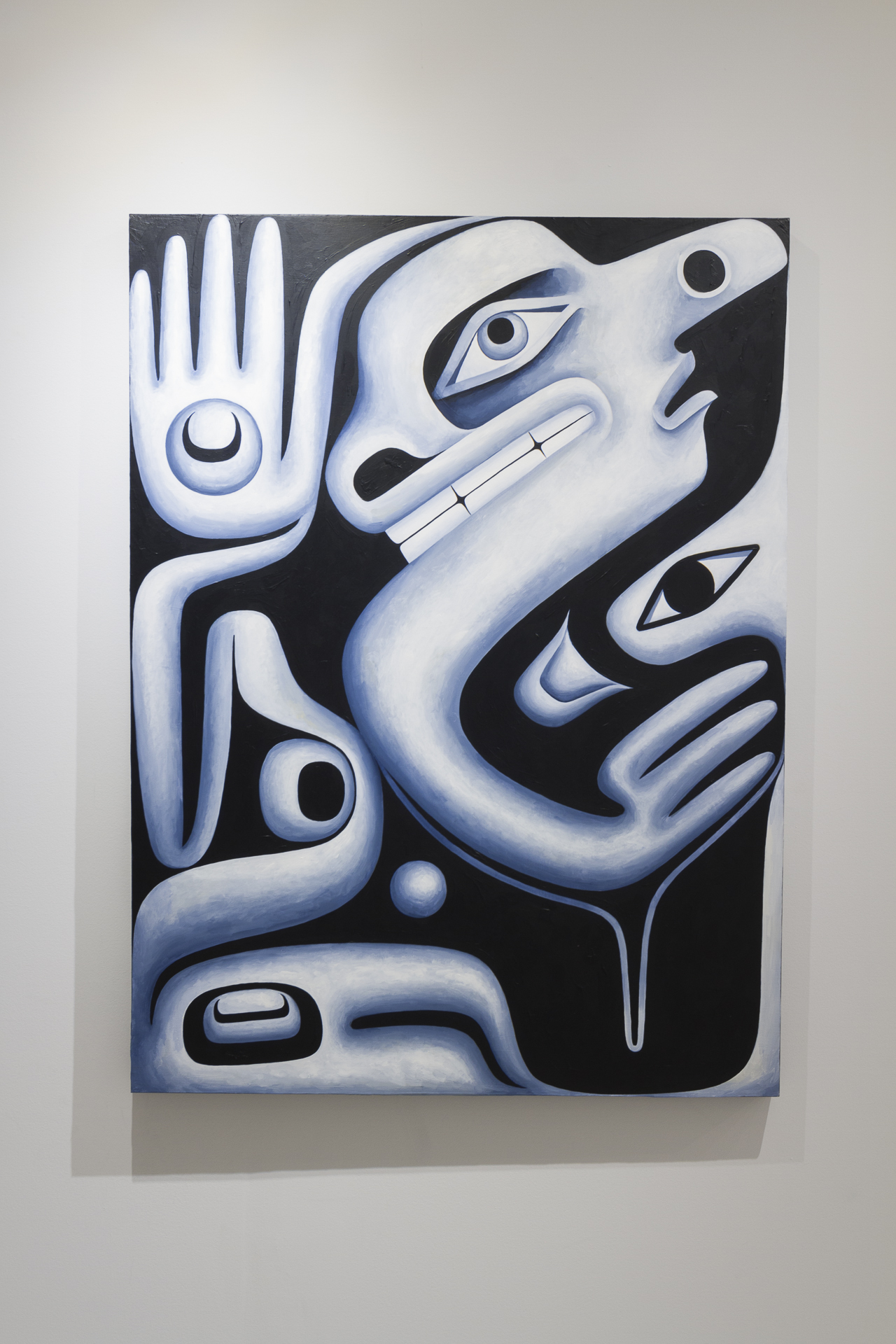 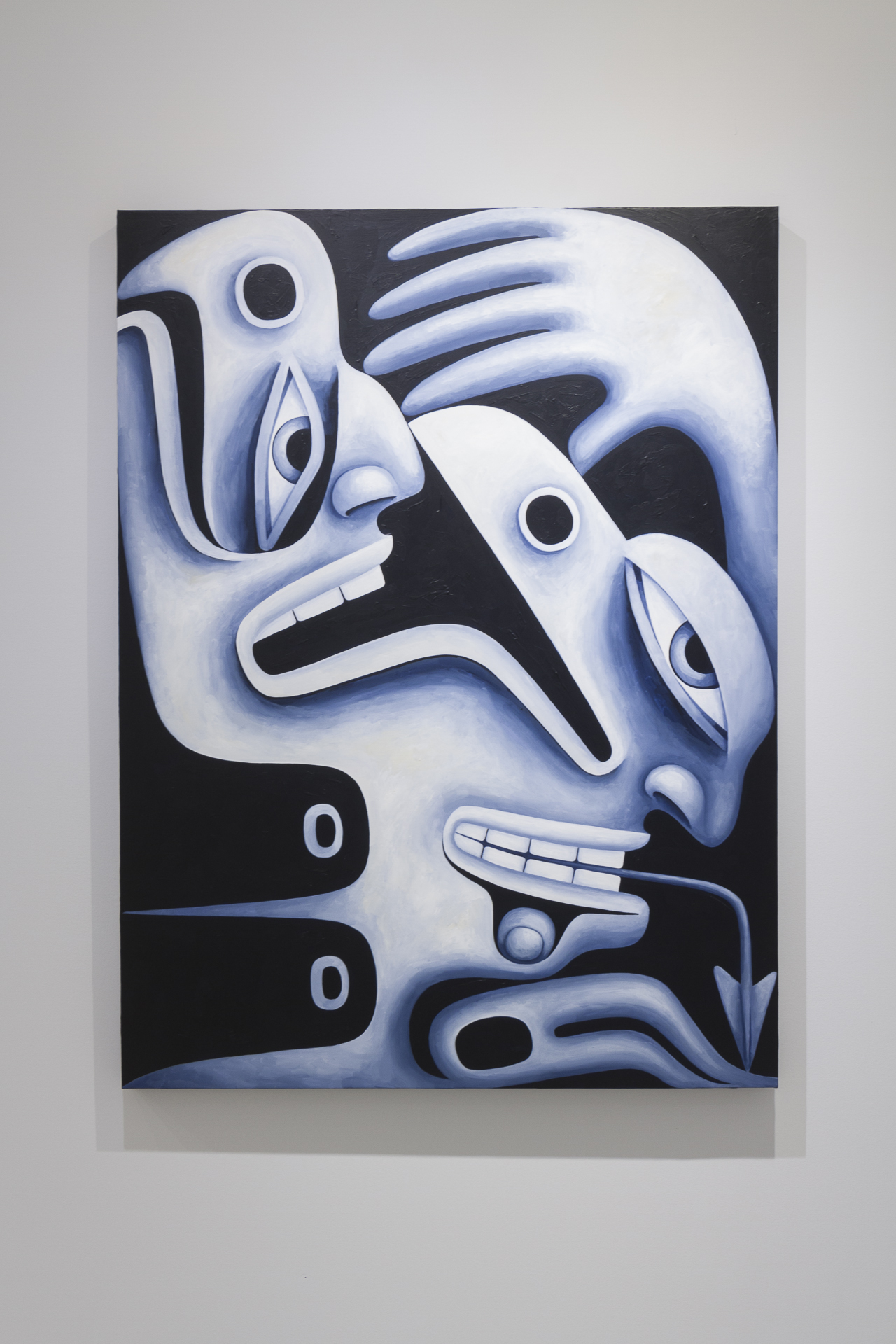 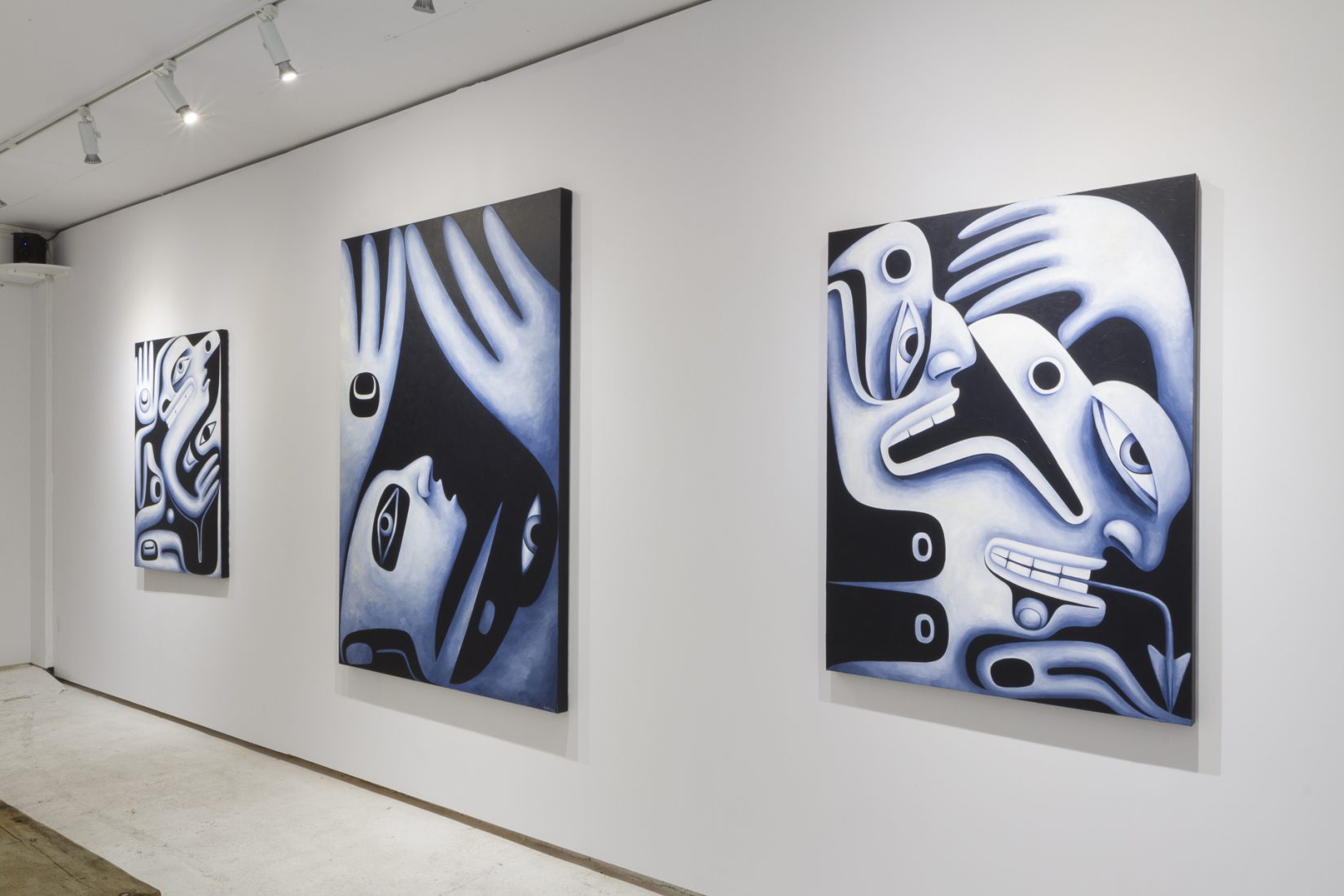 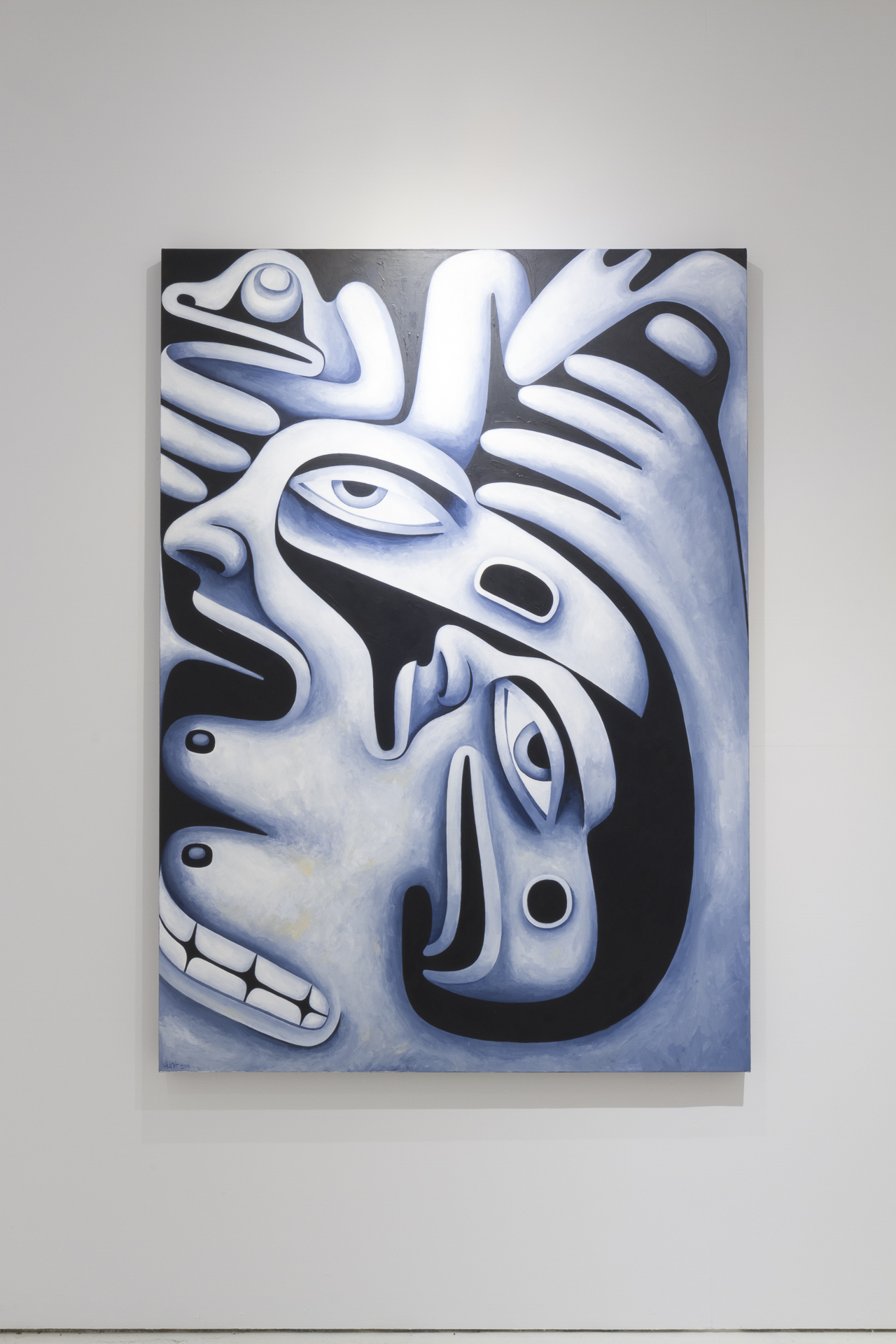 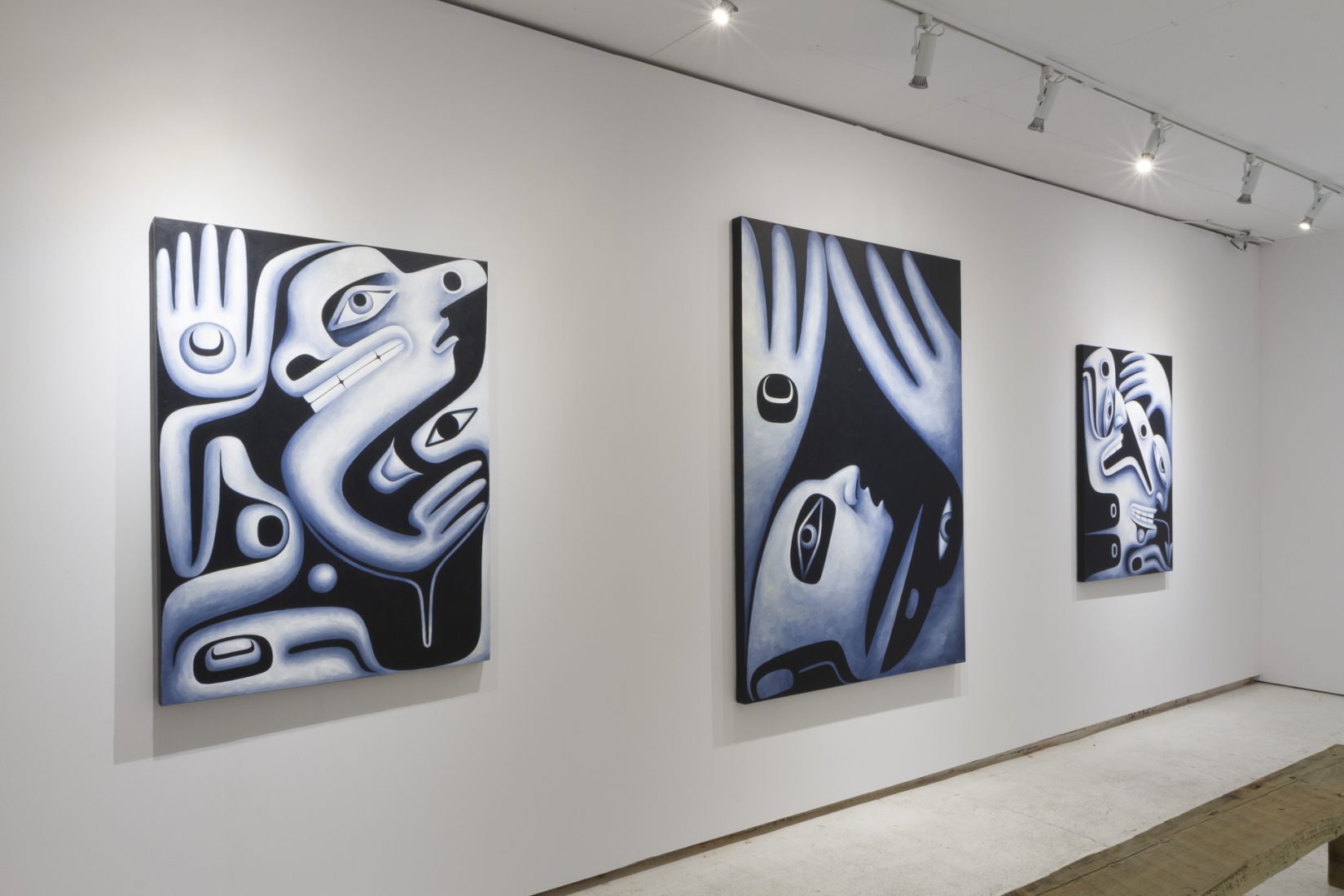 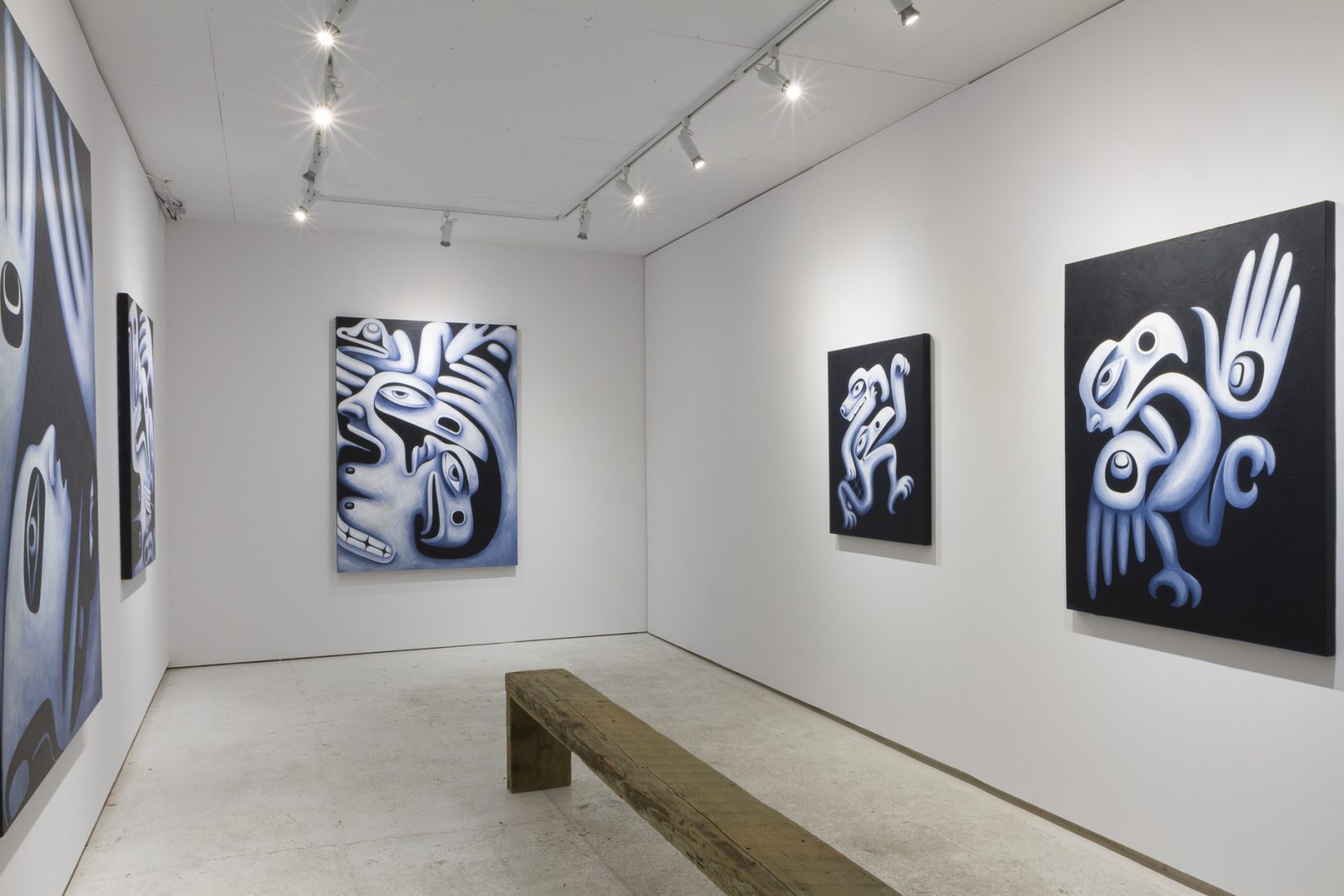 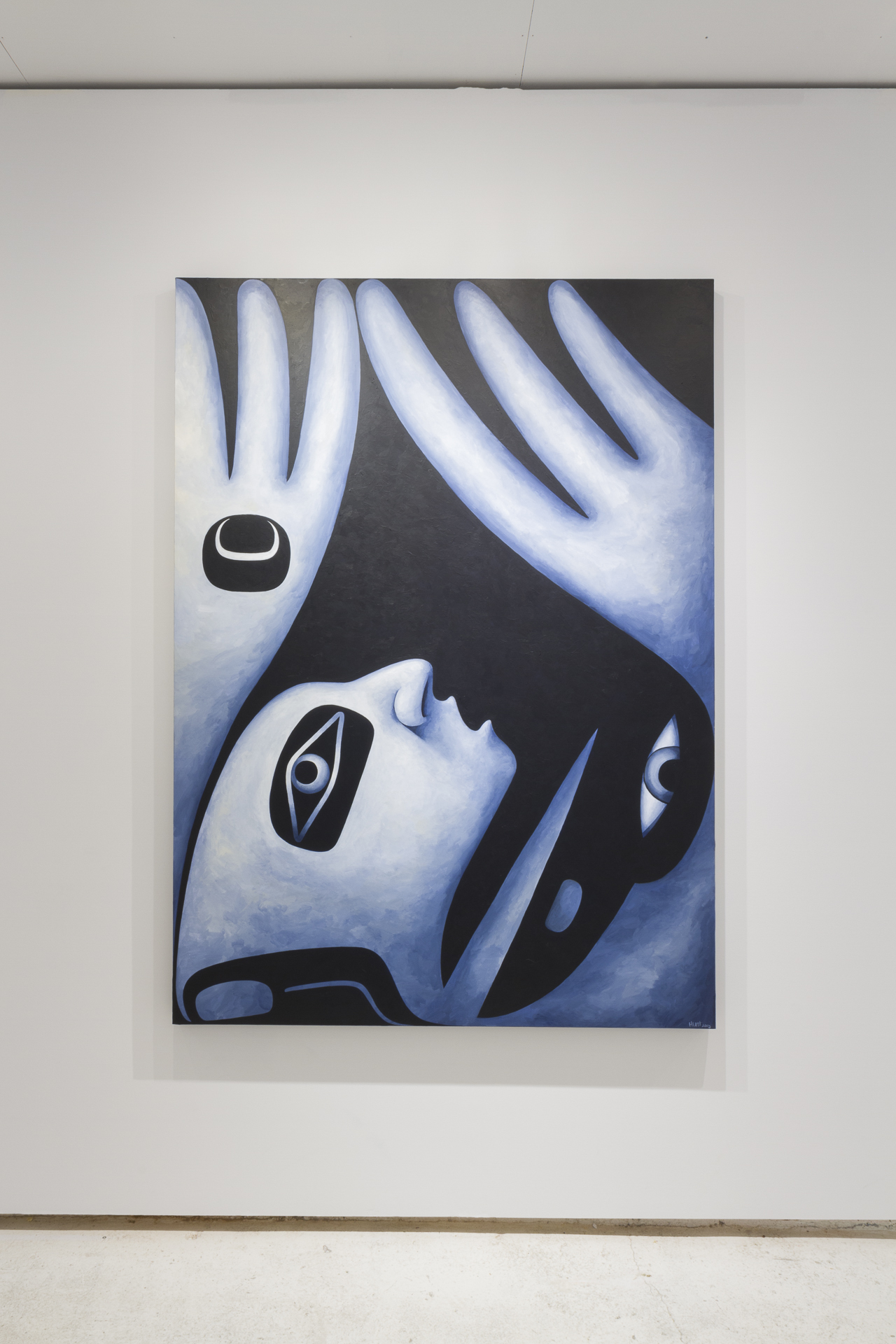 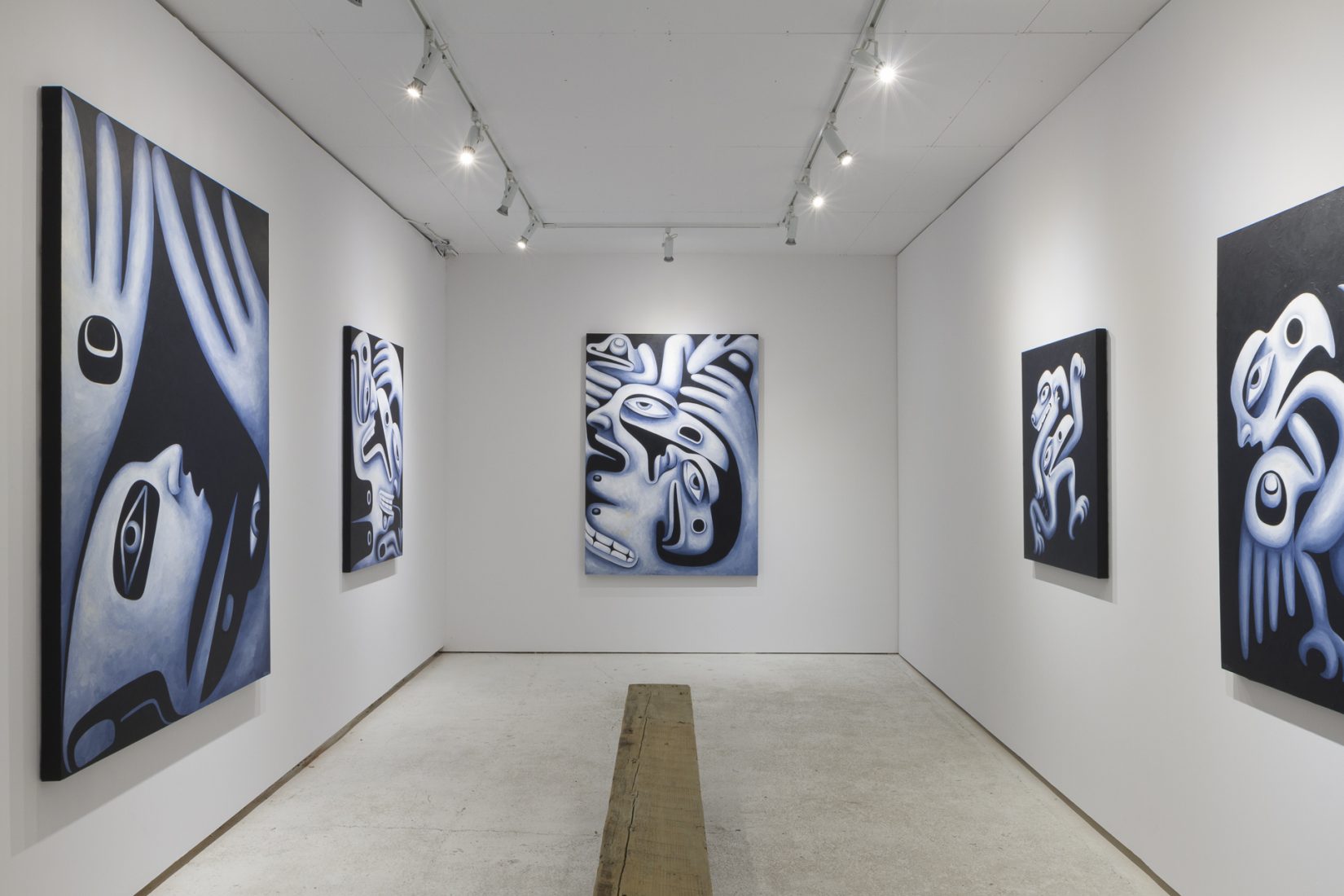 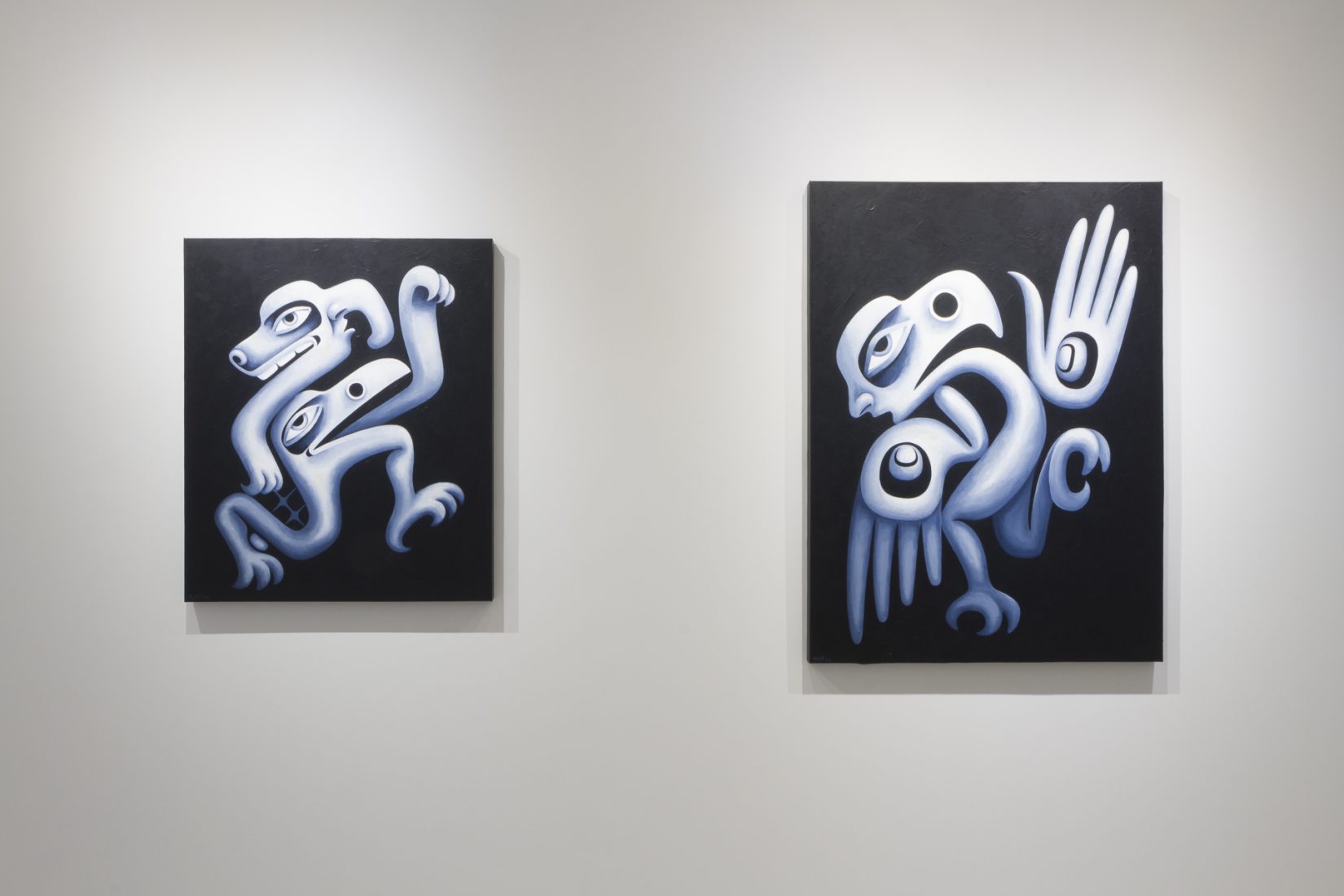 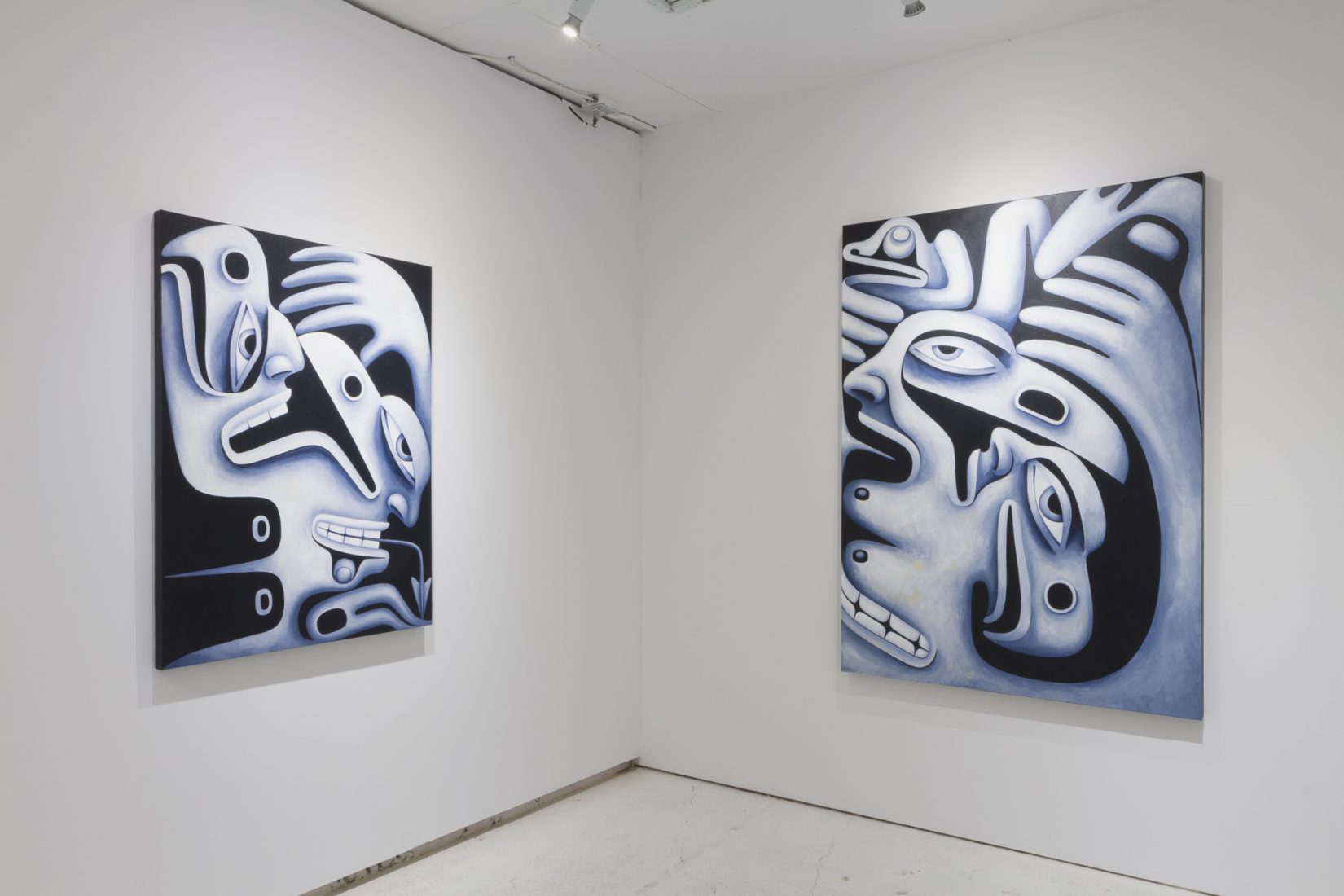 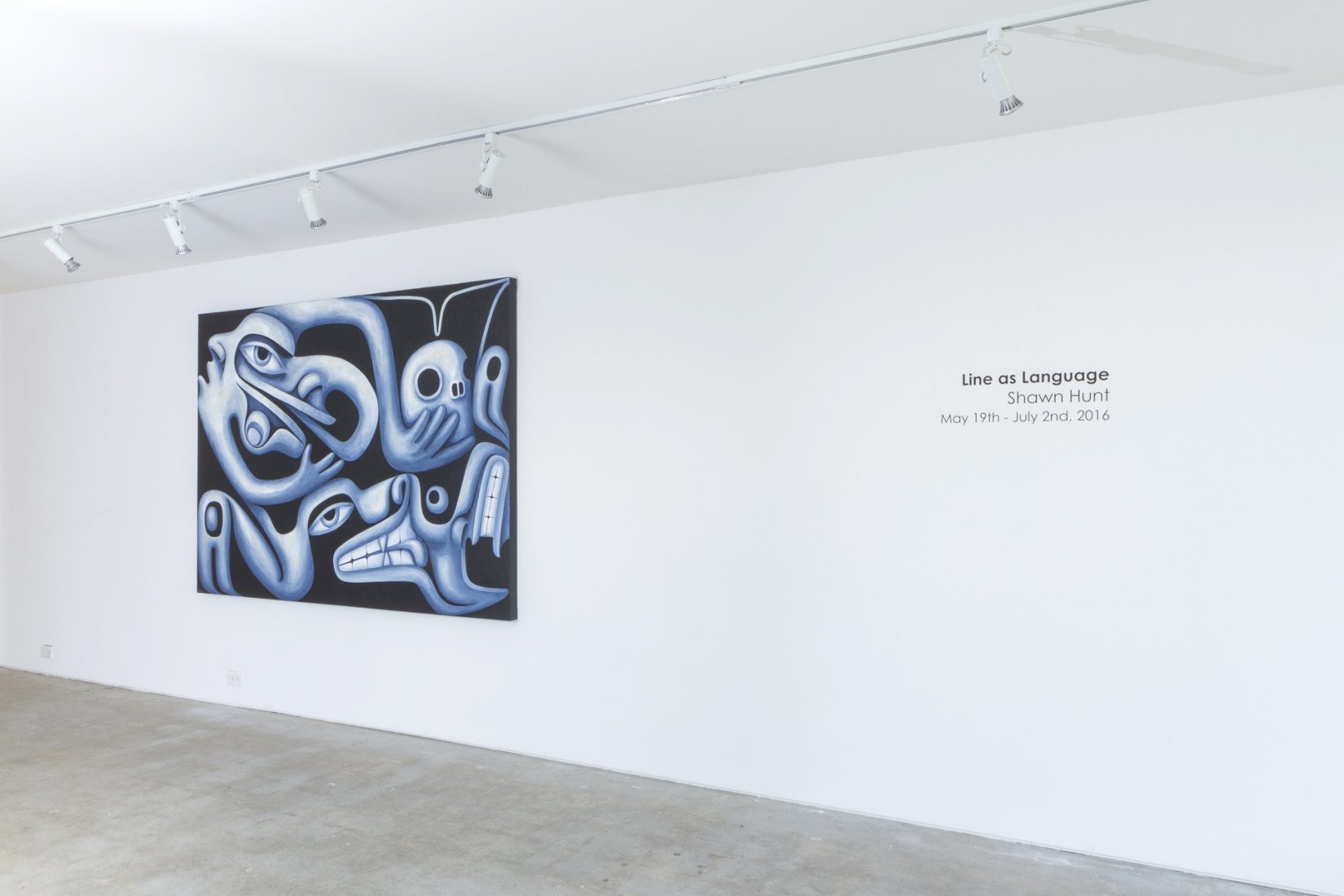 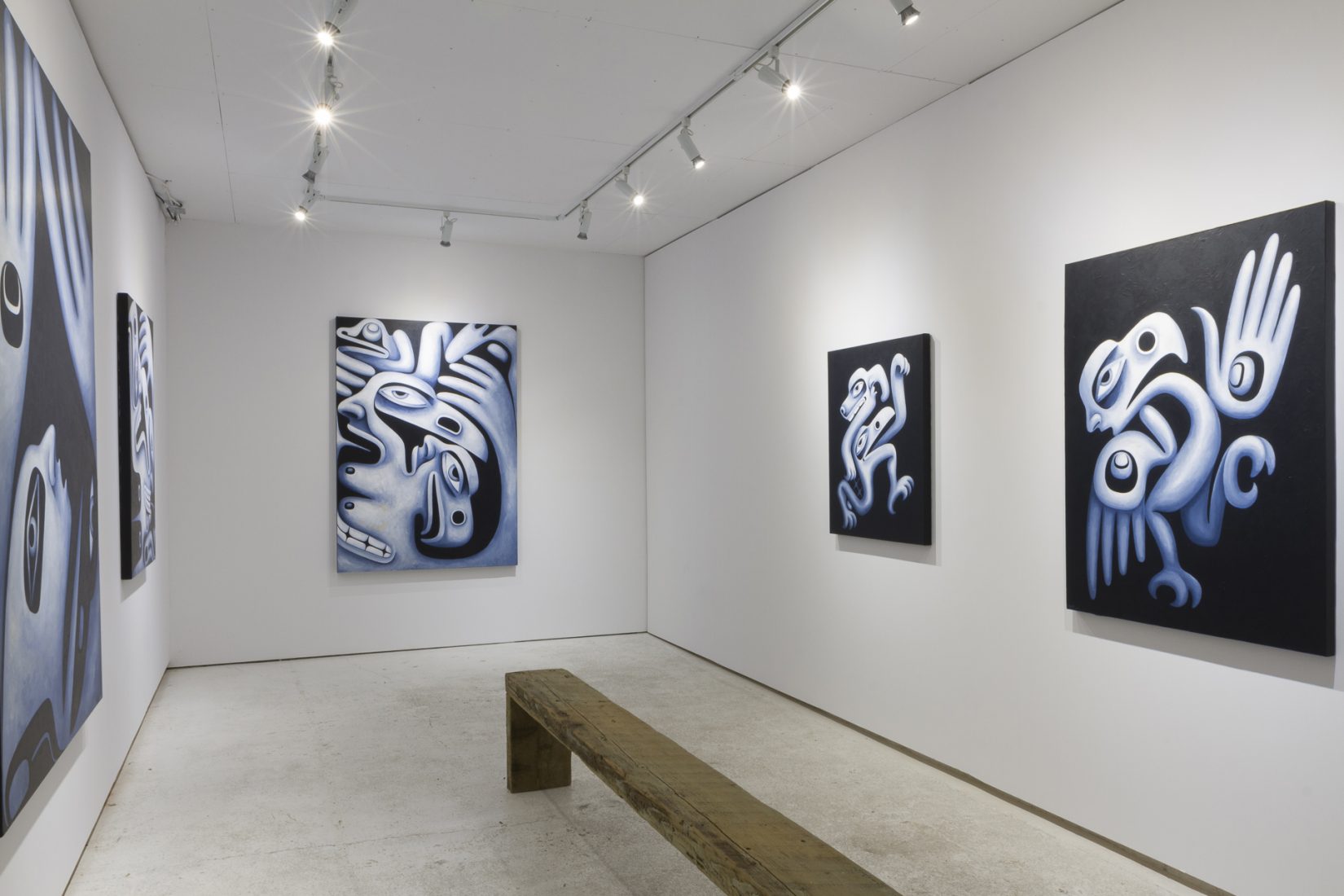 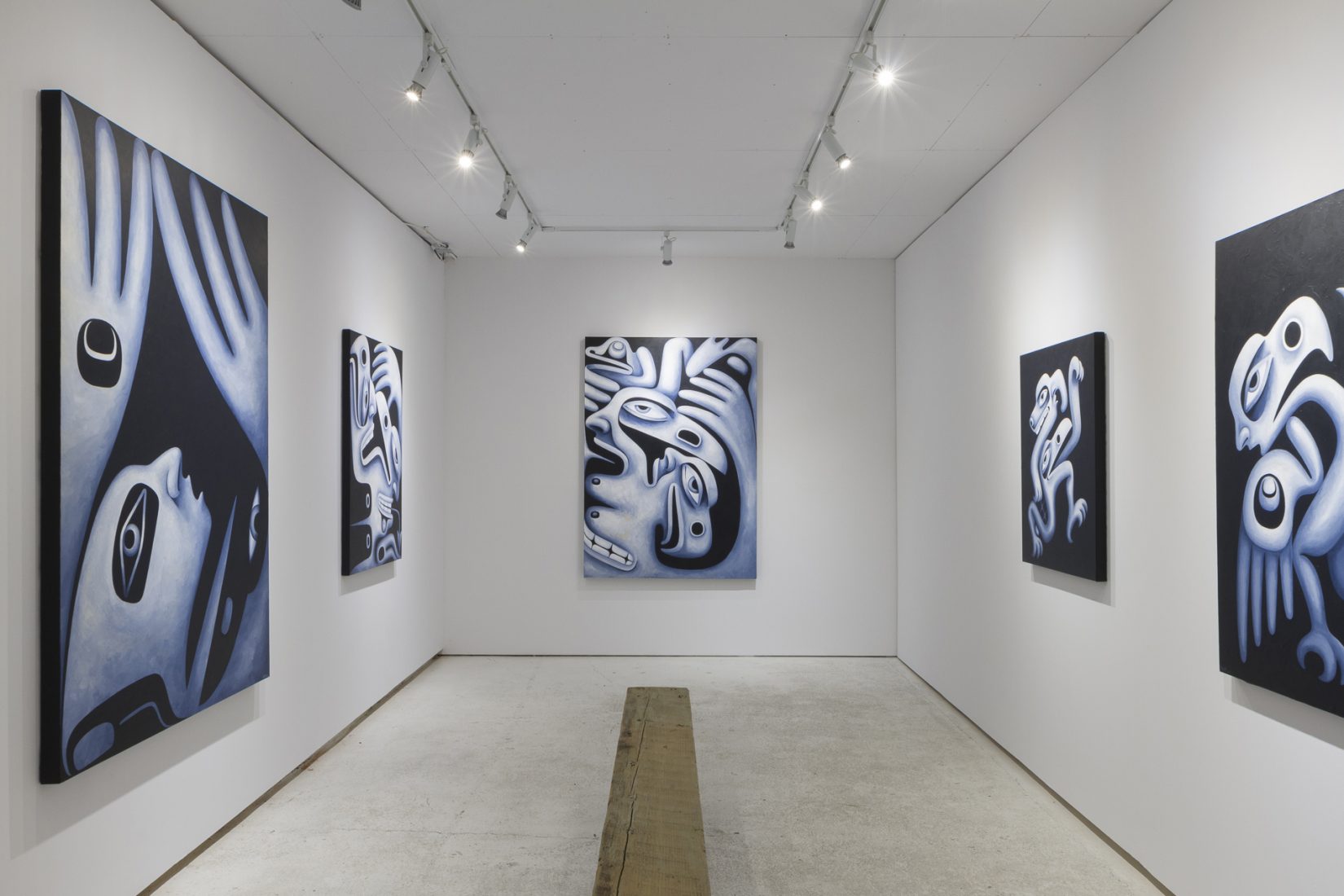 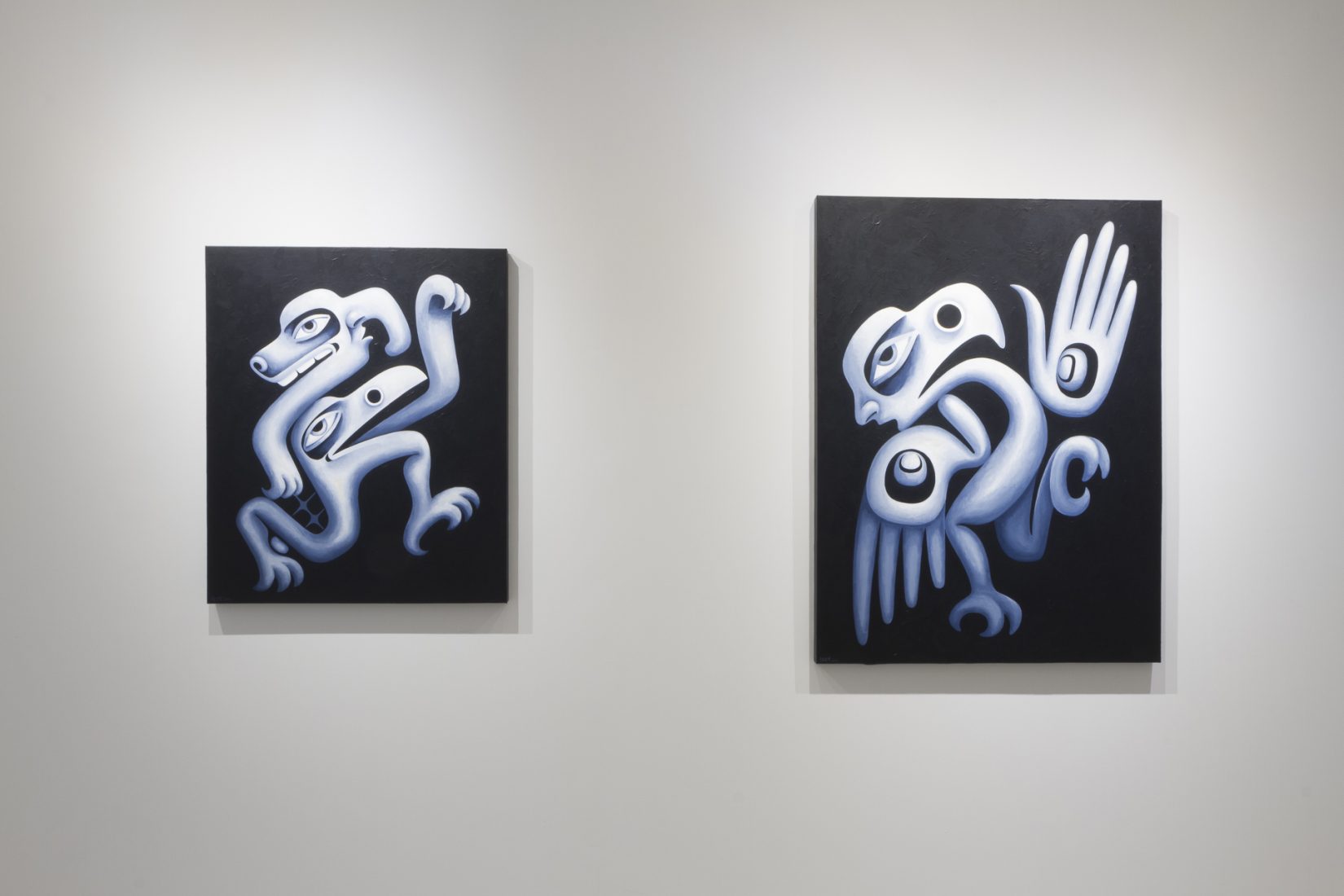 The formline is the unbroken outline in traditional design employed to contain different motifs into figures and patterning. Hunt’s work explores new ways of using this structure while still maintaining the fundamental characteristics of the traditional formline. He often refers to this as neoformline. The meandering, unbroken line draws the eye across and around the surface of the work, becoming thicker and thinner, speeding up and slowing down rhythmically. There is a tension throughout the work an interplay between light and darkness, figuration and abstraction.

His formline has a rounded, carved characteristic that makes the traditionally two dimensional line appear sculptural. Hunt is trained as a carver and only came to painting later in his career. This is noticeable in every brushstroke, long smooth strokes combined with quick stabbing or hacked sections. The surface appears as if he uses the brush as if it was a knife or a chisel.

Creatures both human, and animal, and sometimes mythological, hide in both the positive and negative spaces created. The image is ever changing, moving, morphing, transforming, and shapeshifting.

Hunt intertwines animal and human portraits set against a black backdrop as if the beings are being swallowed by the night sky. Shapes of traditional northwest coast masks are attached to human faces and bodies.

Through his portraits, Hunt depicts dancers of sacred masks in the Longhouse that transform into supernatural beings and animal-like creatures. The artist reaffirms the northwest coast belief that the spirit world is connected to all living things.