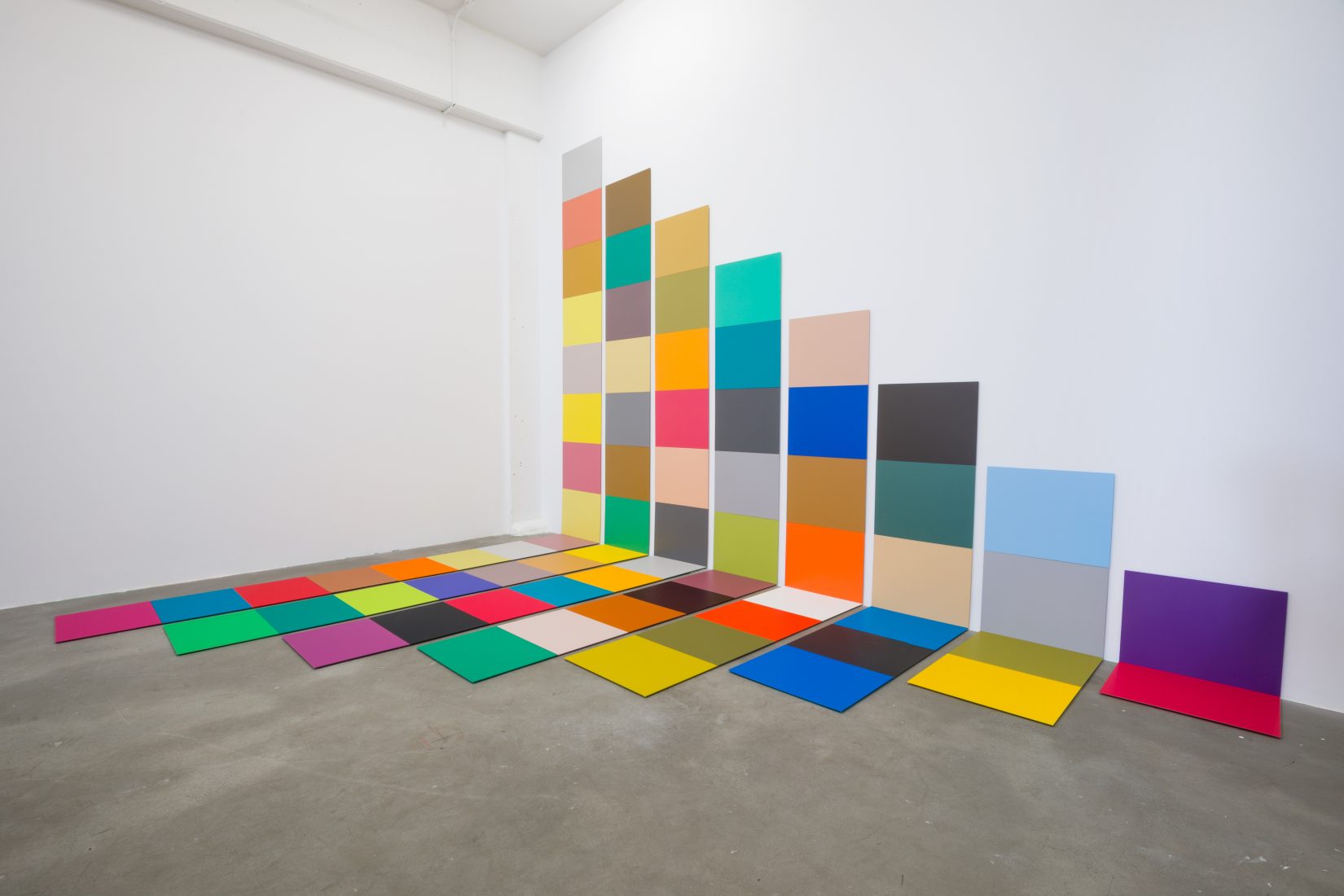 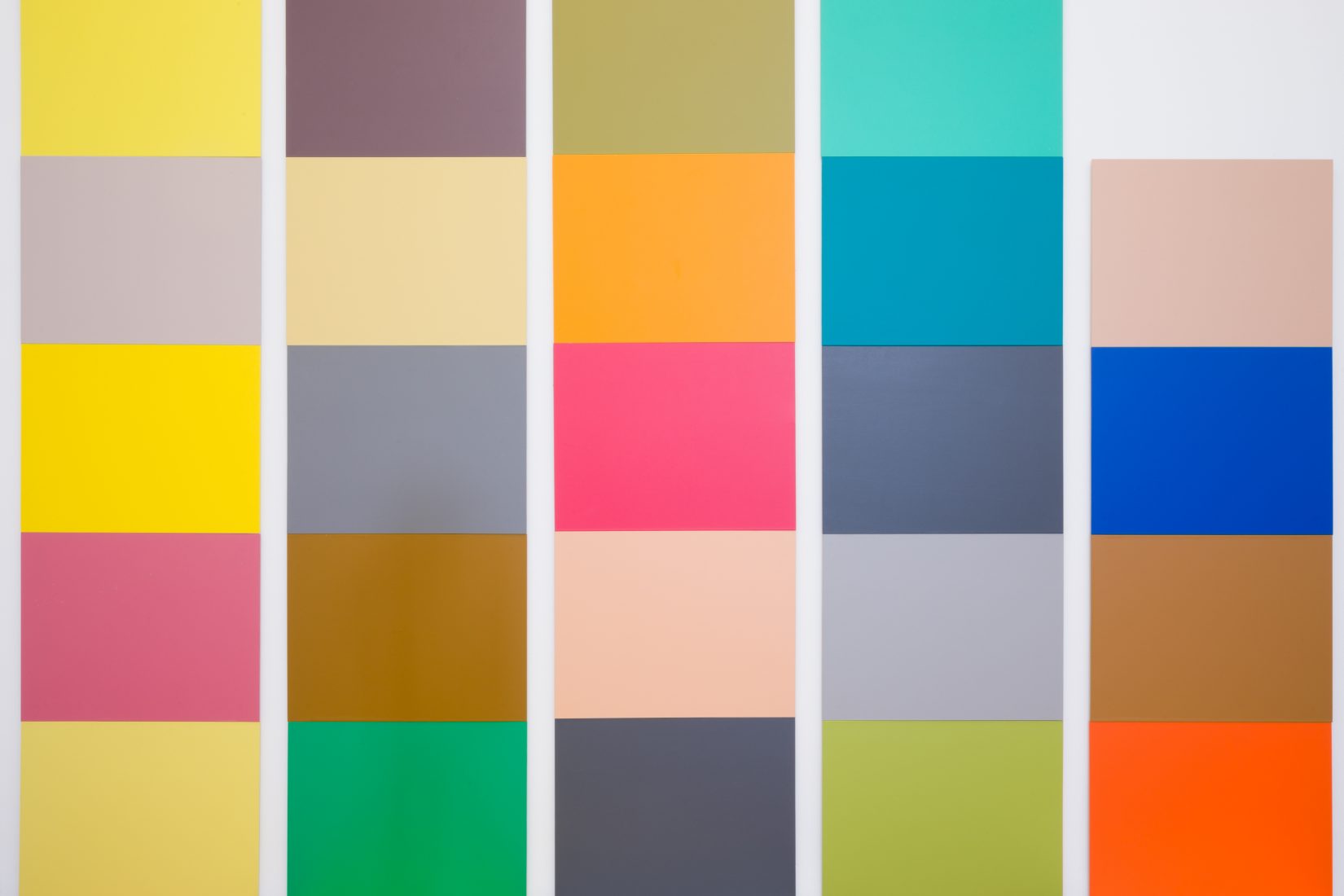 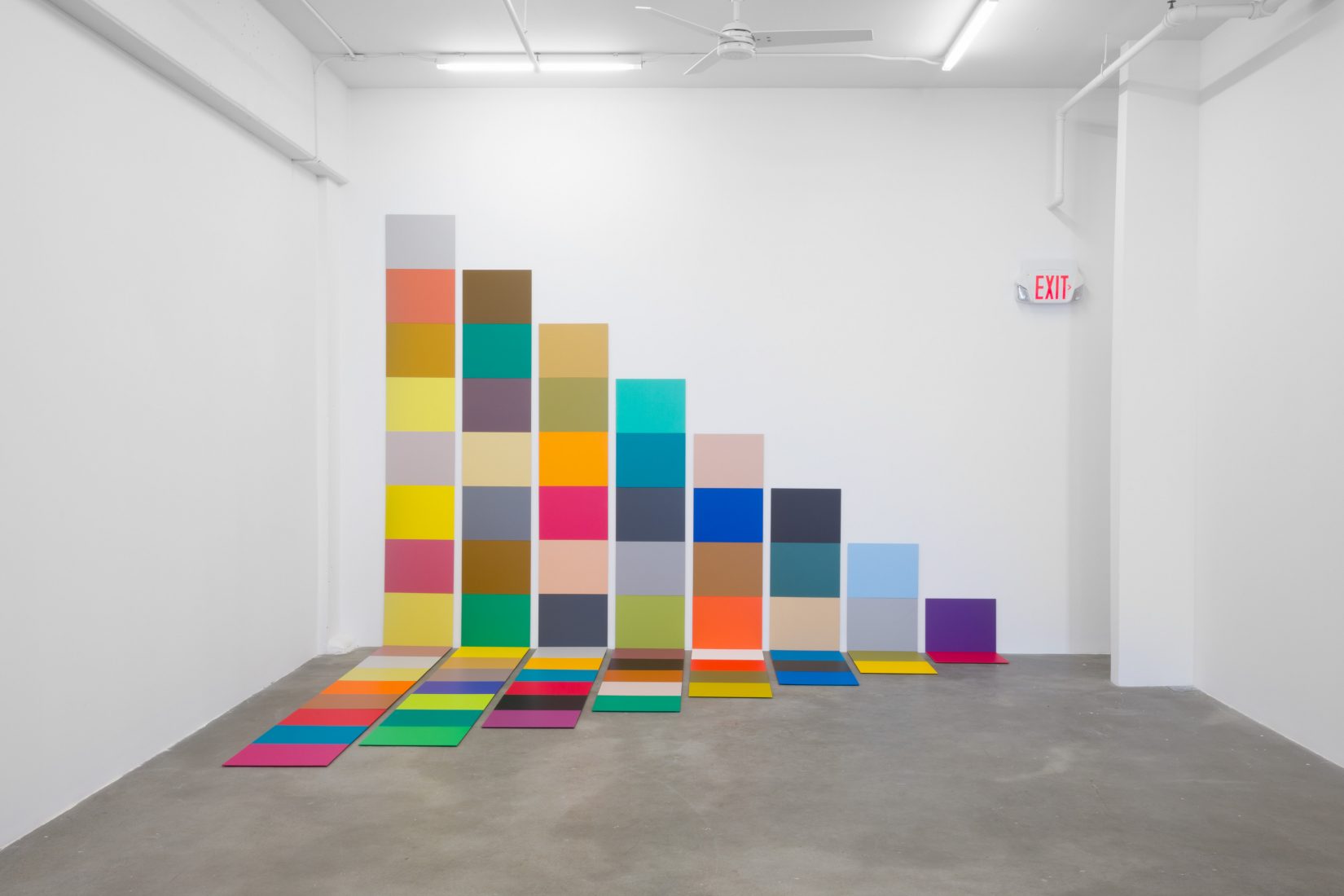 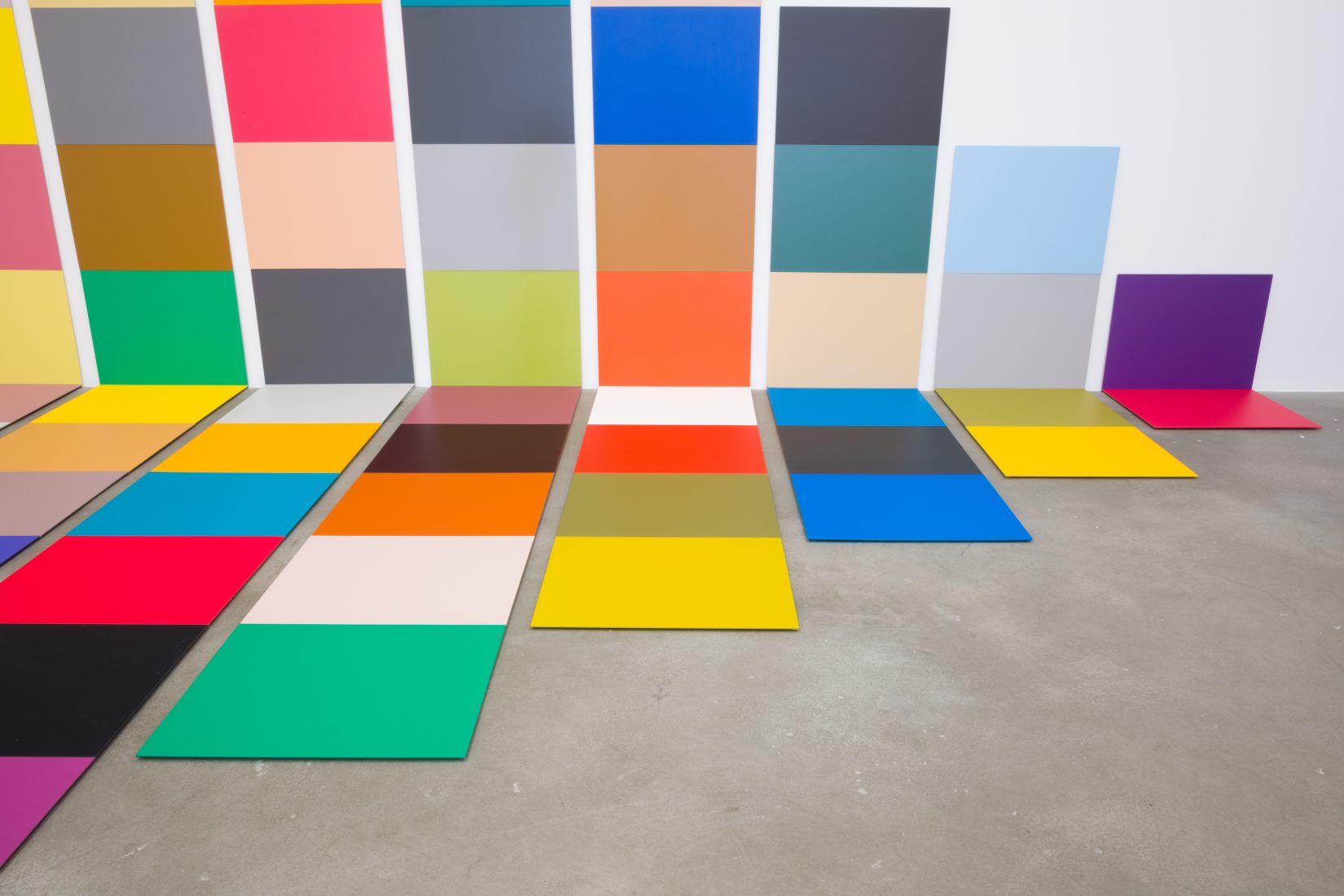 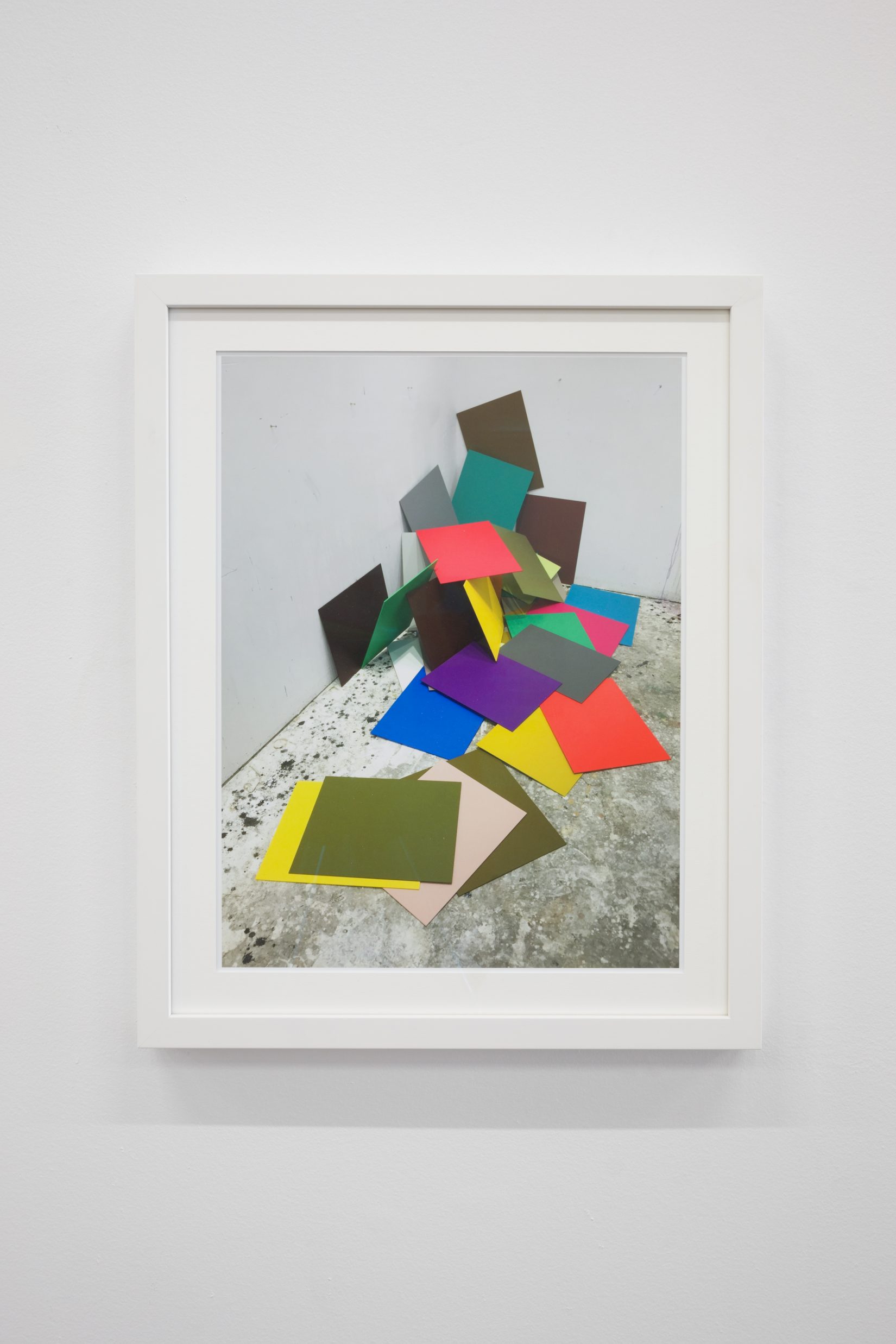 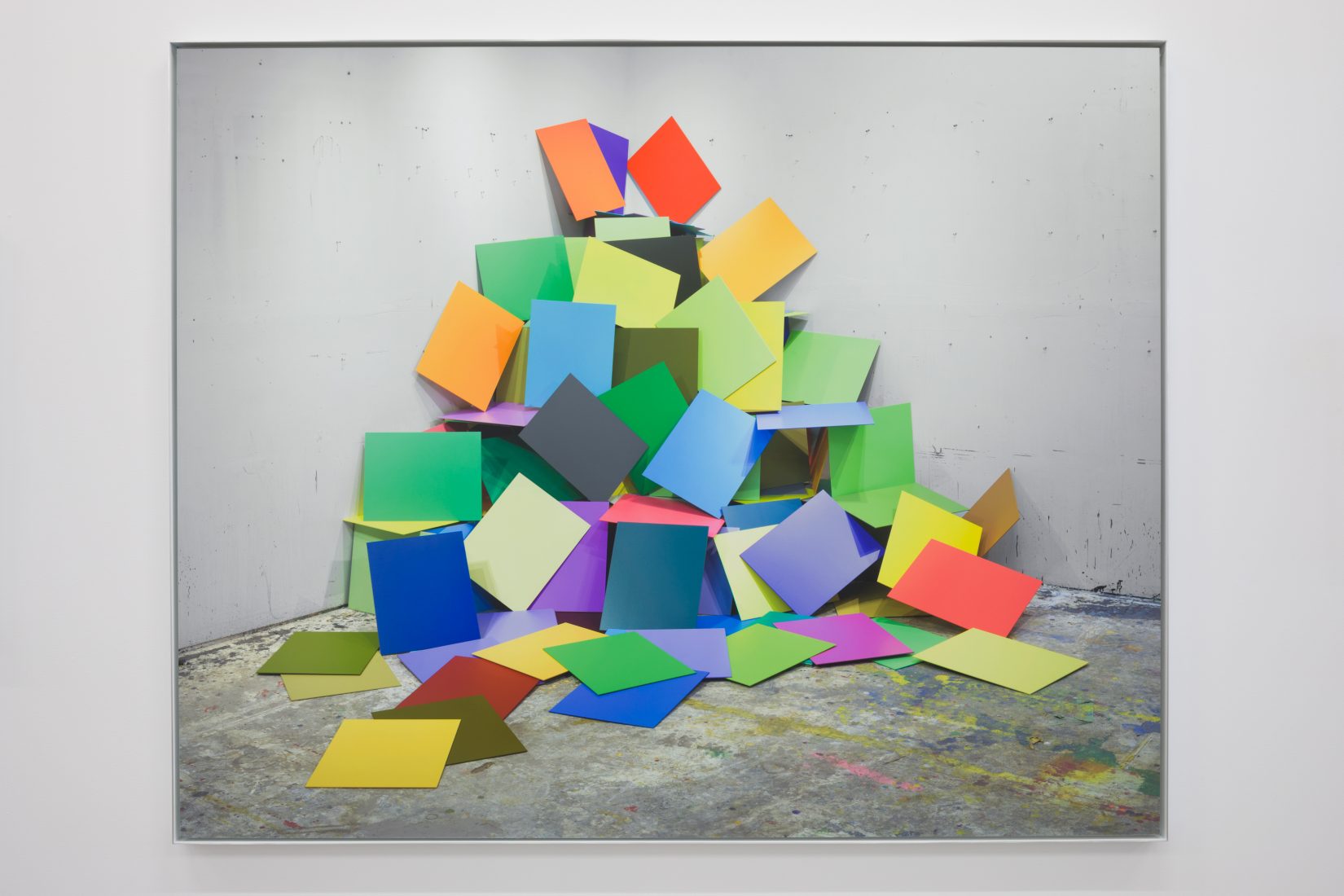 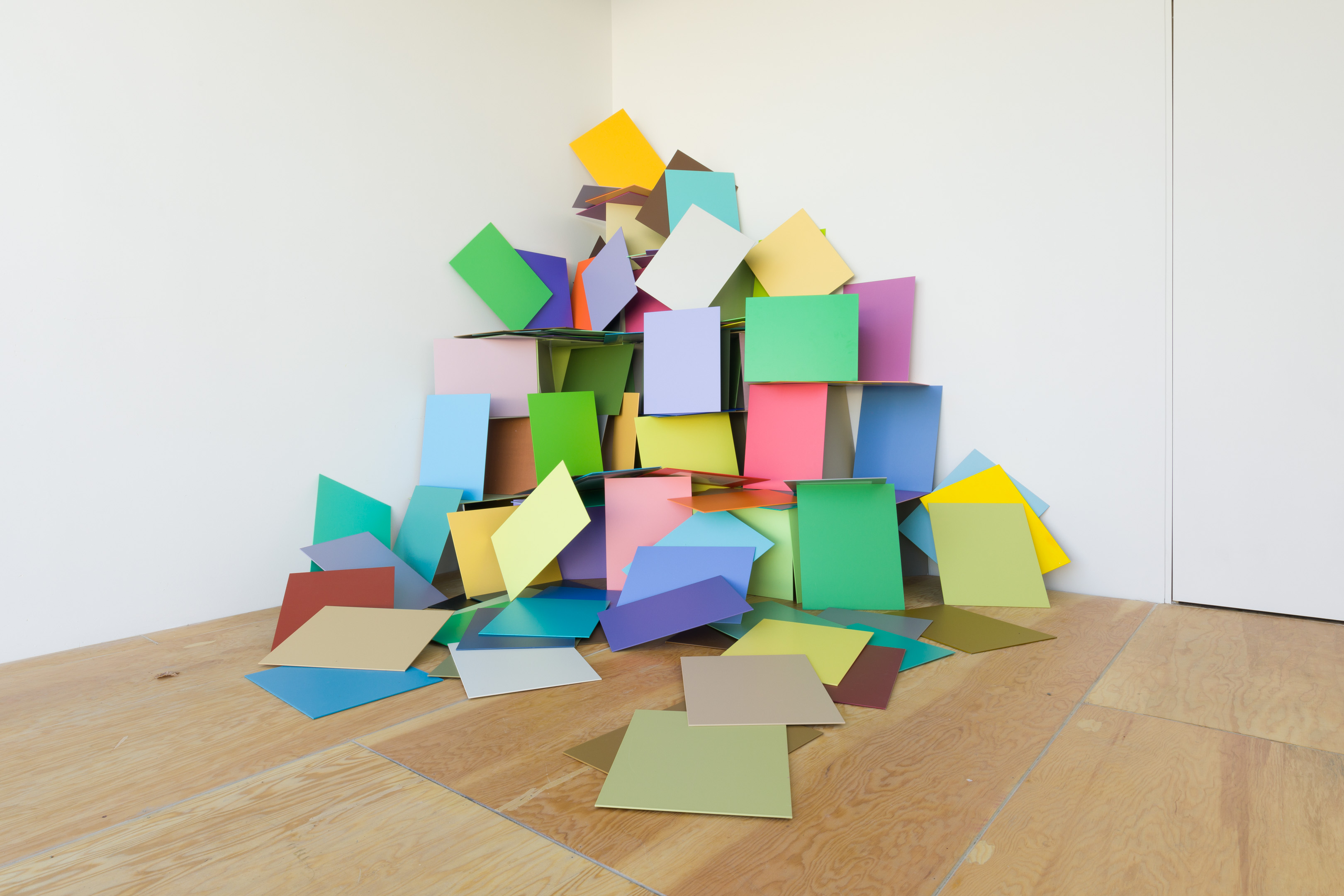 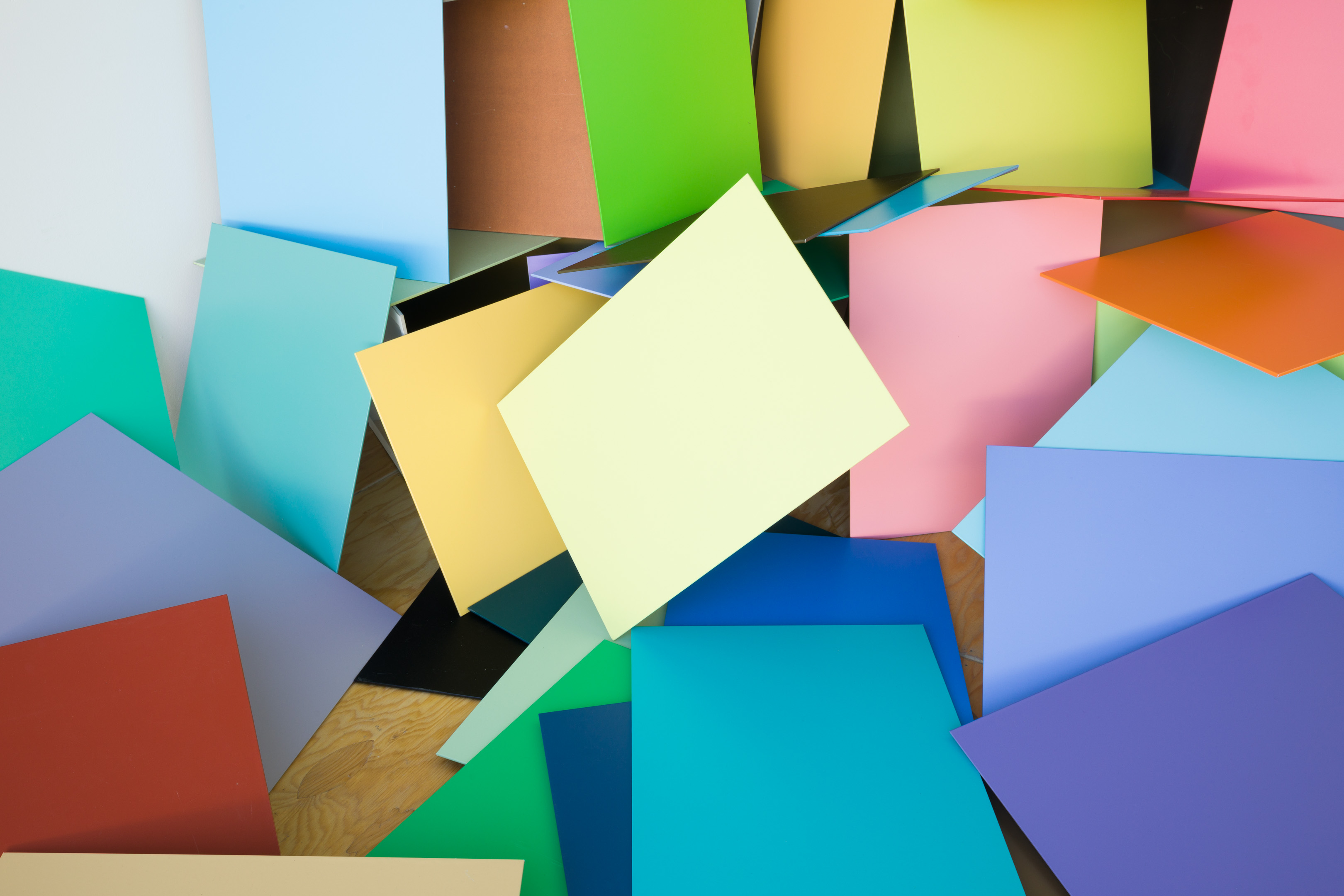 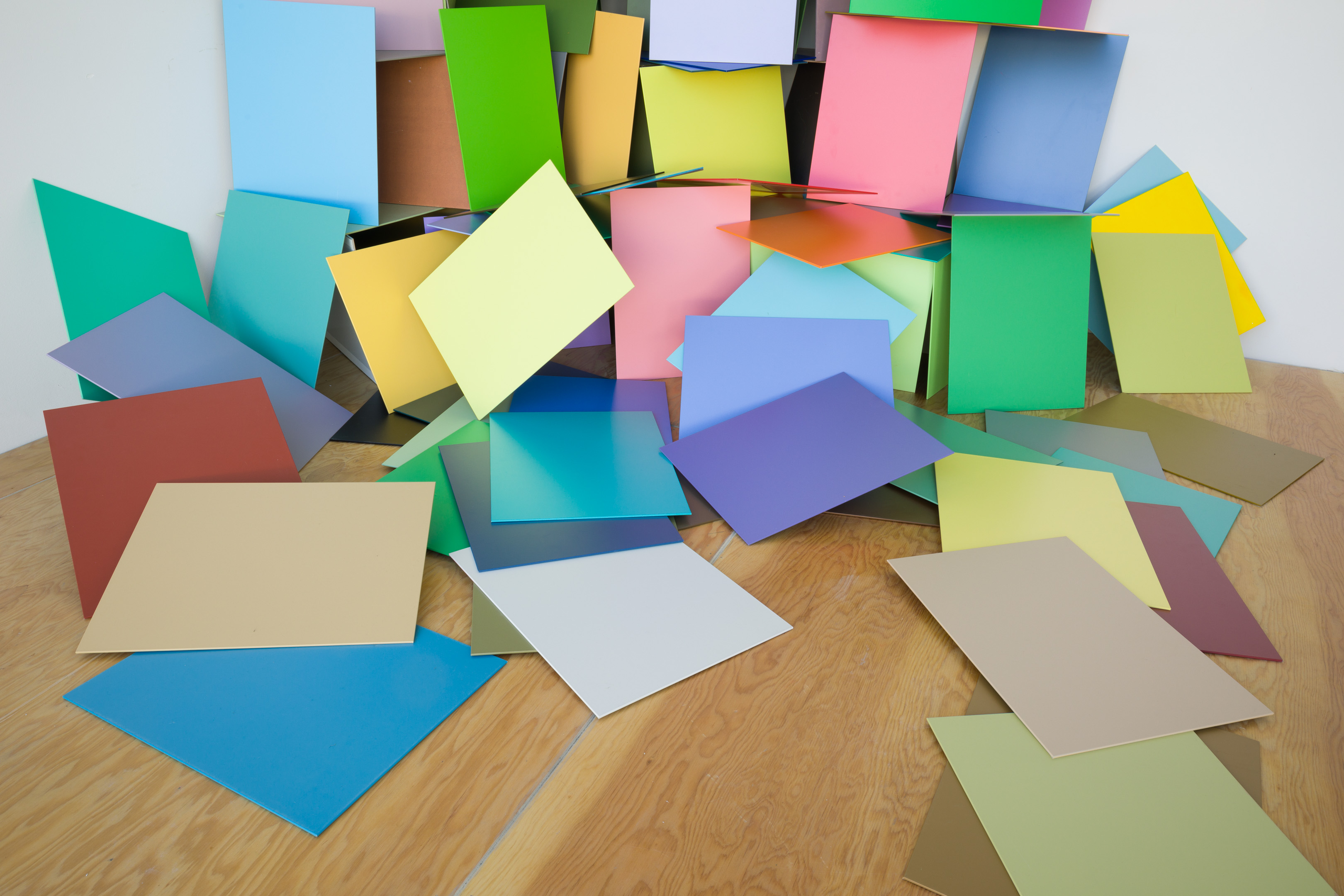 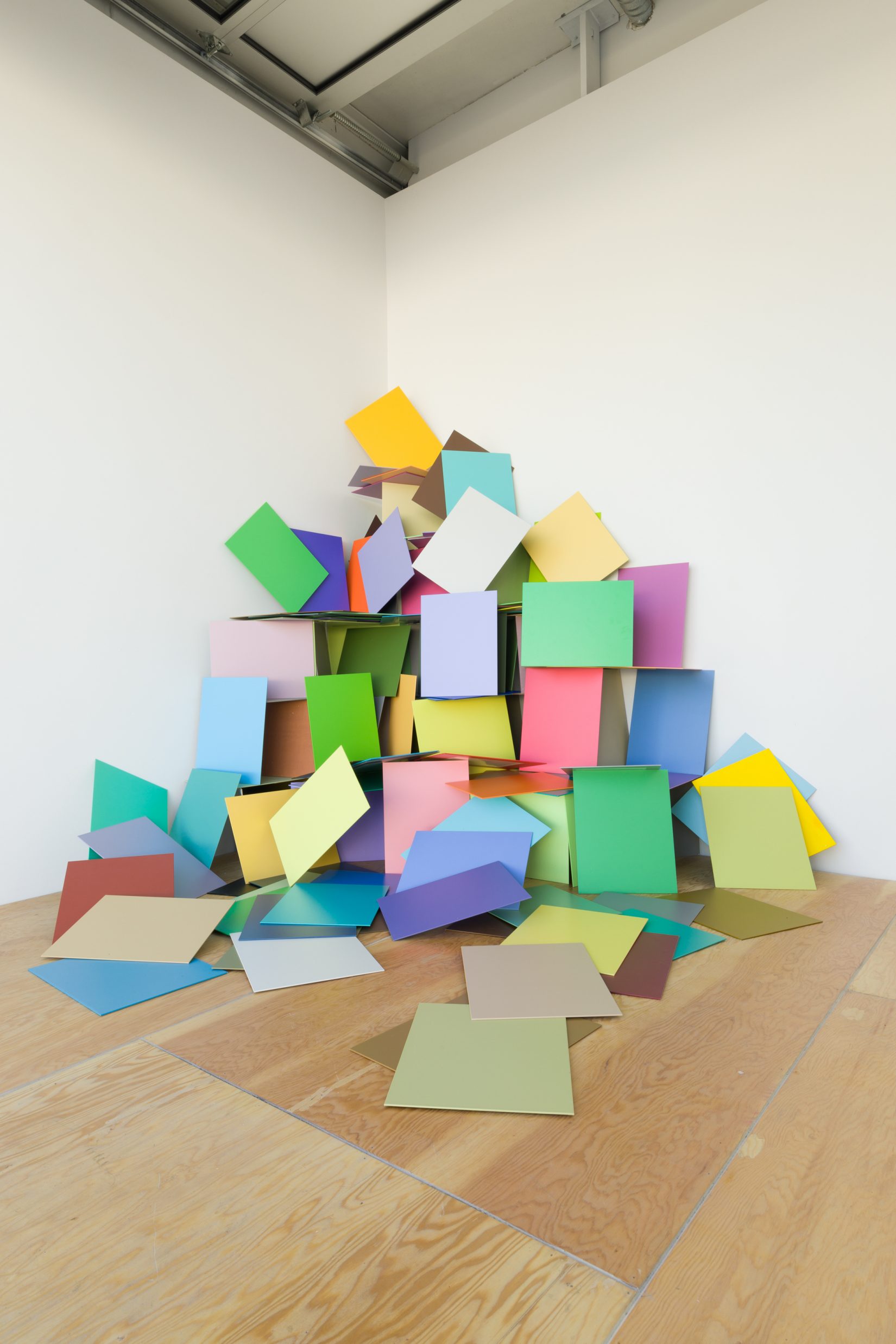 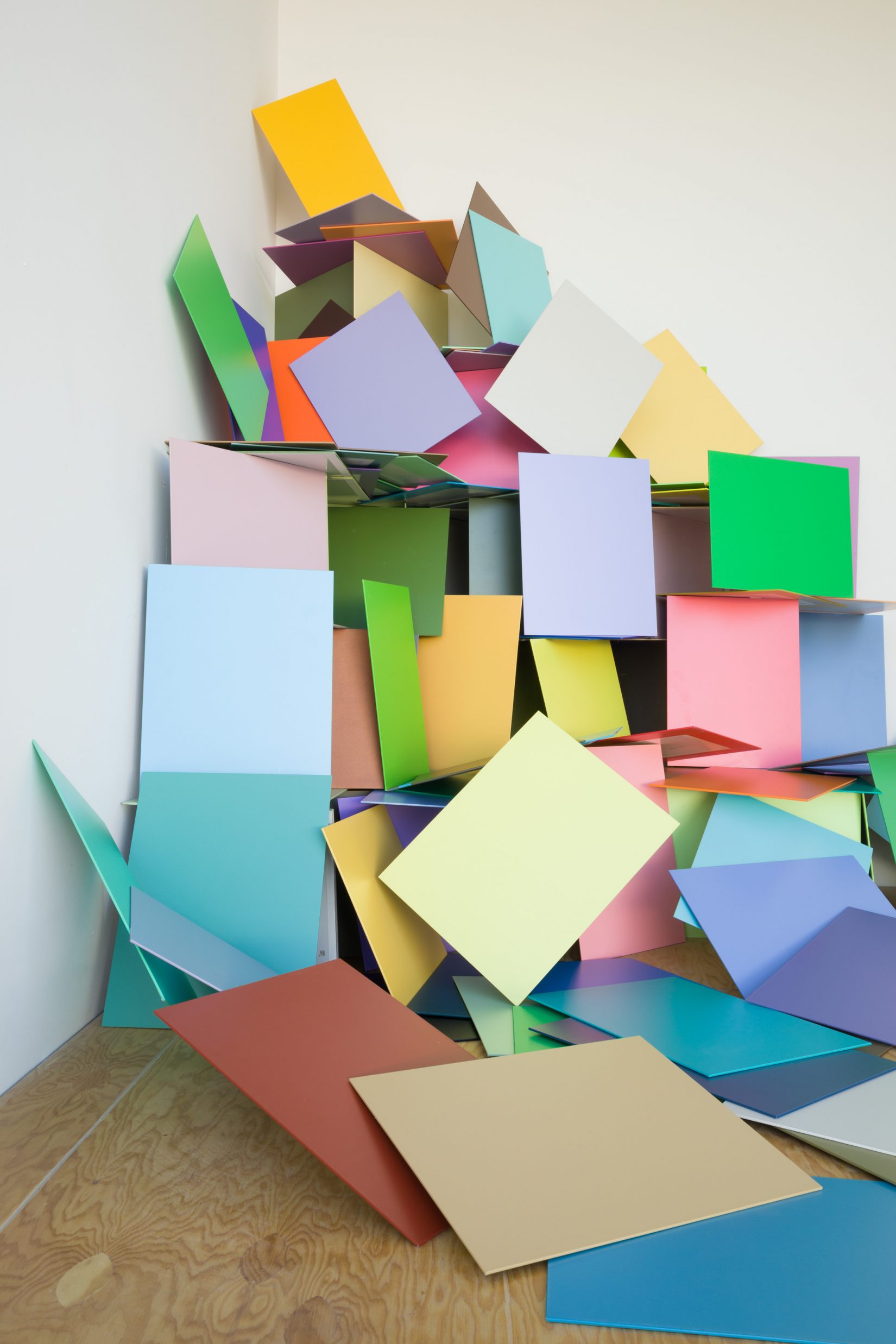 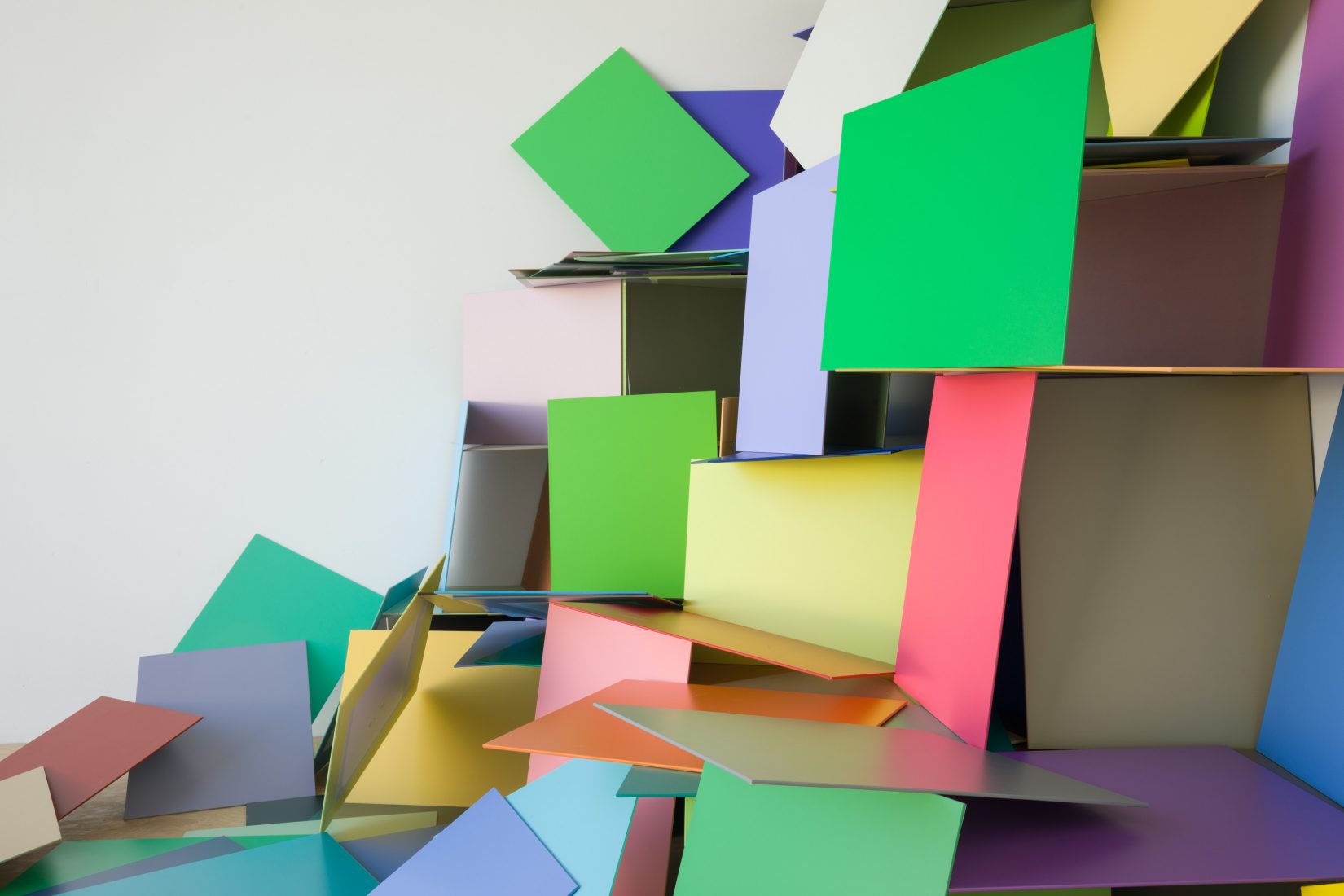 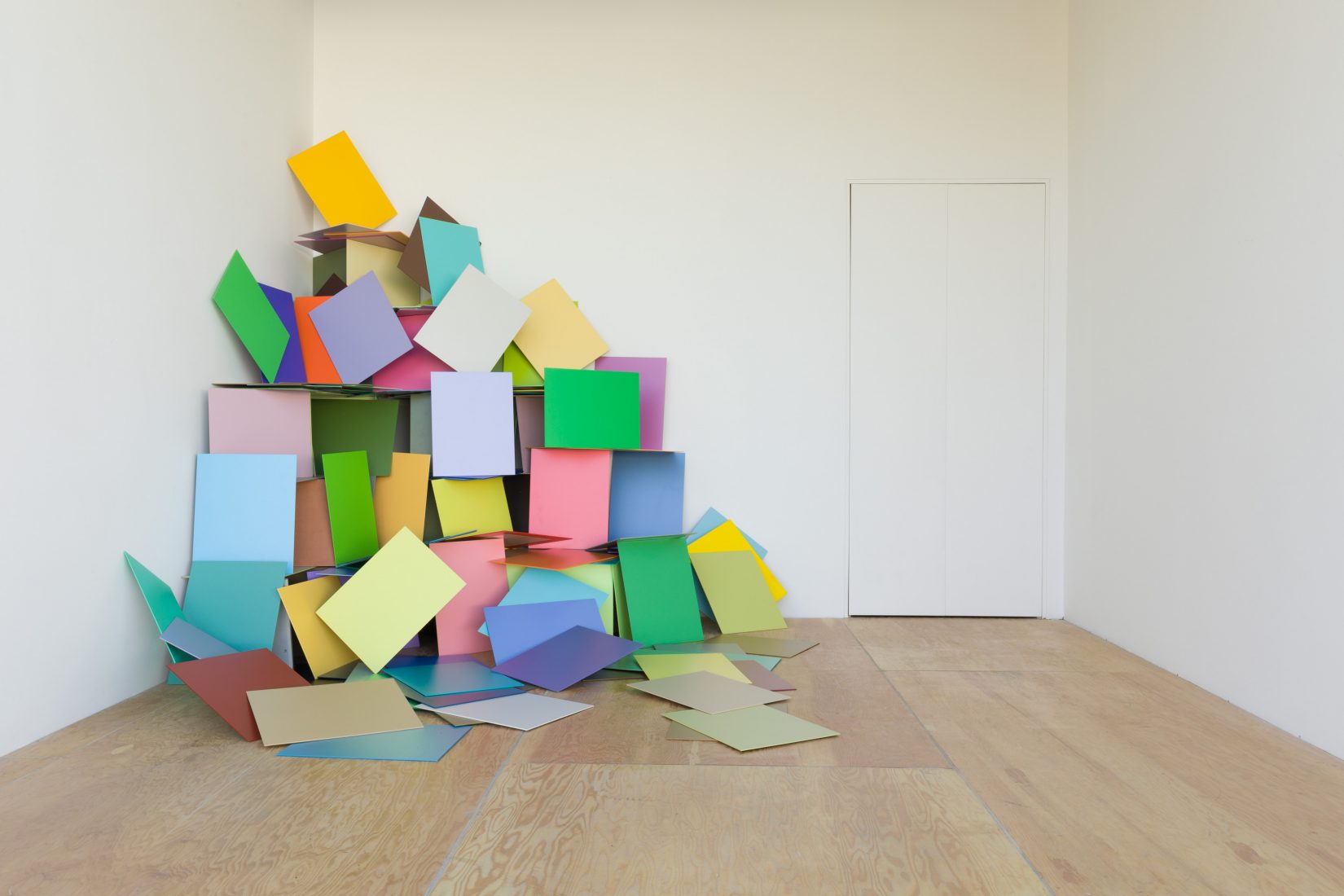 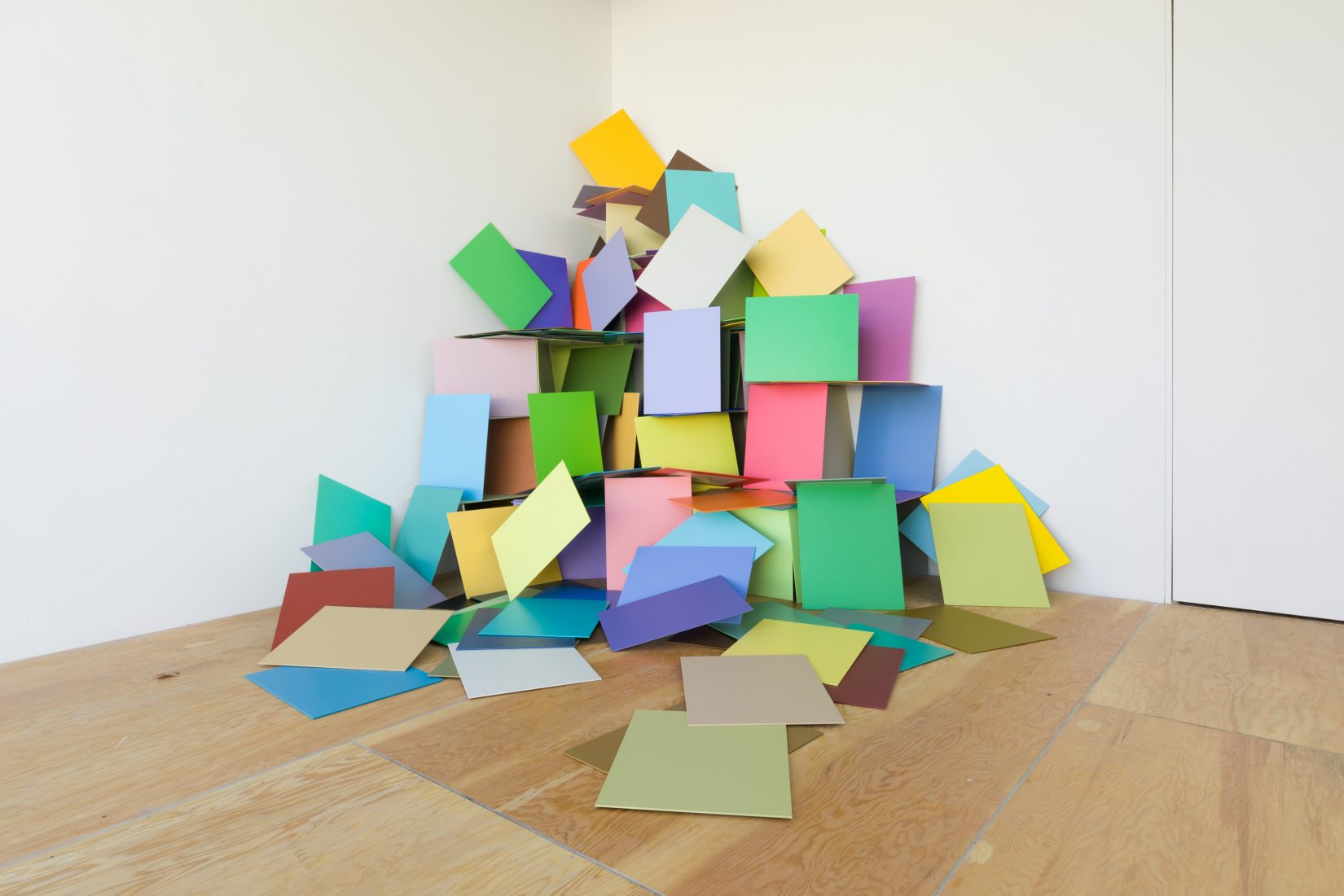 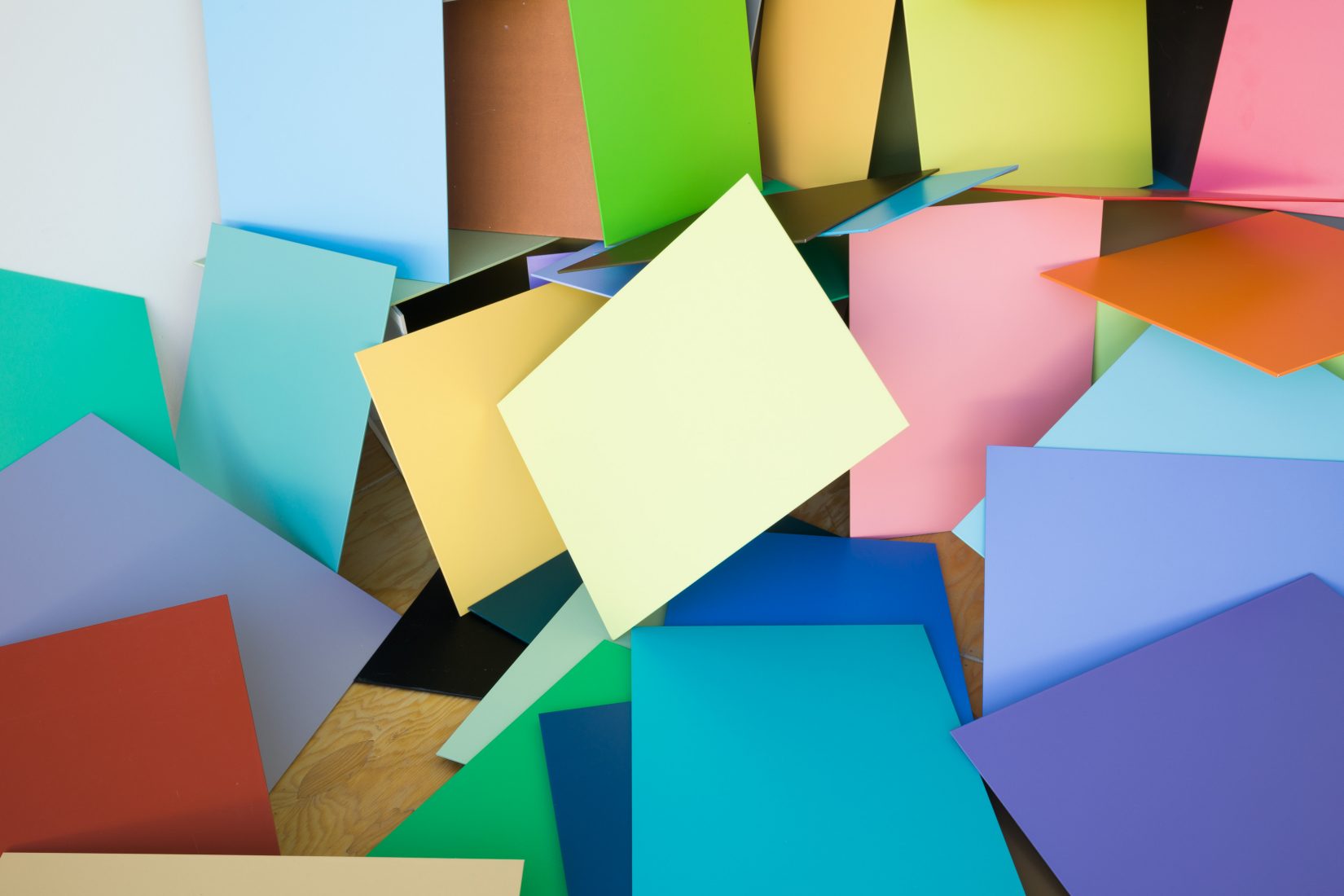 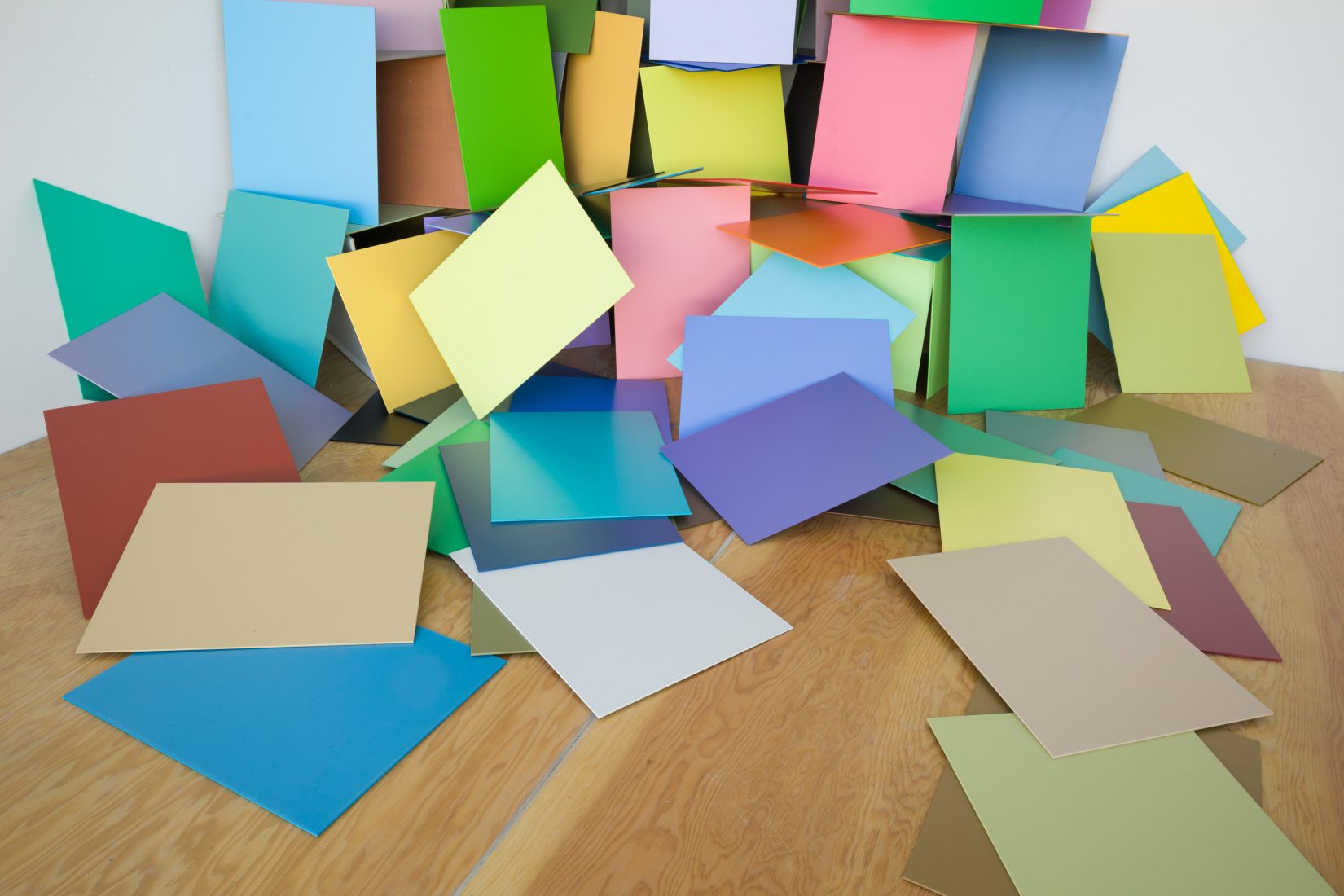 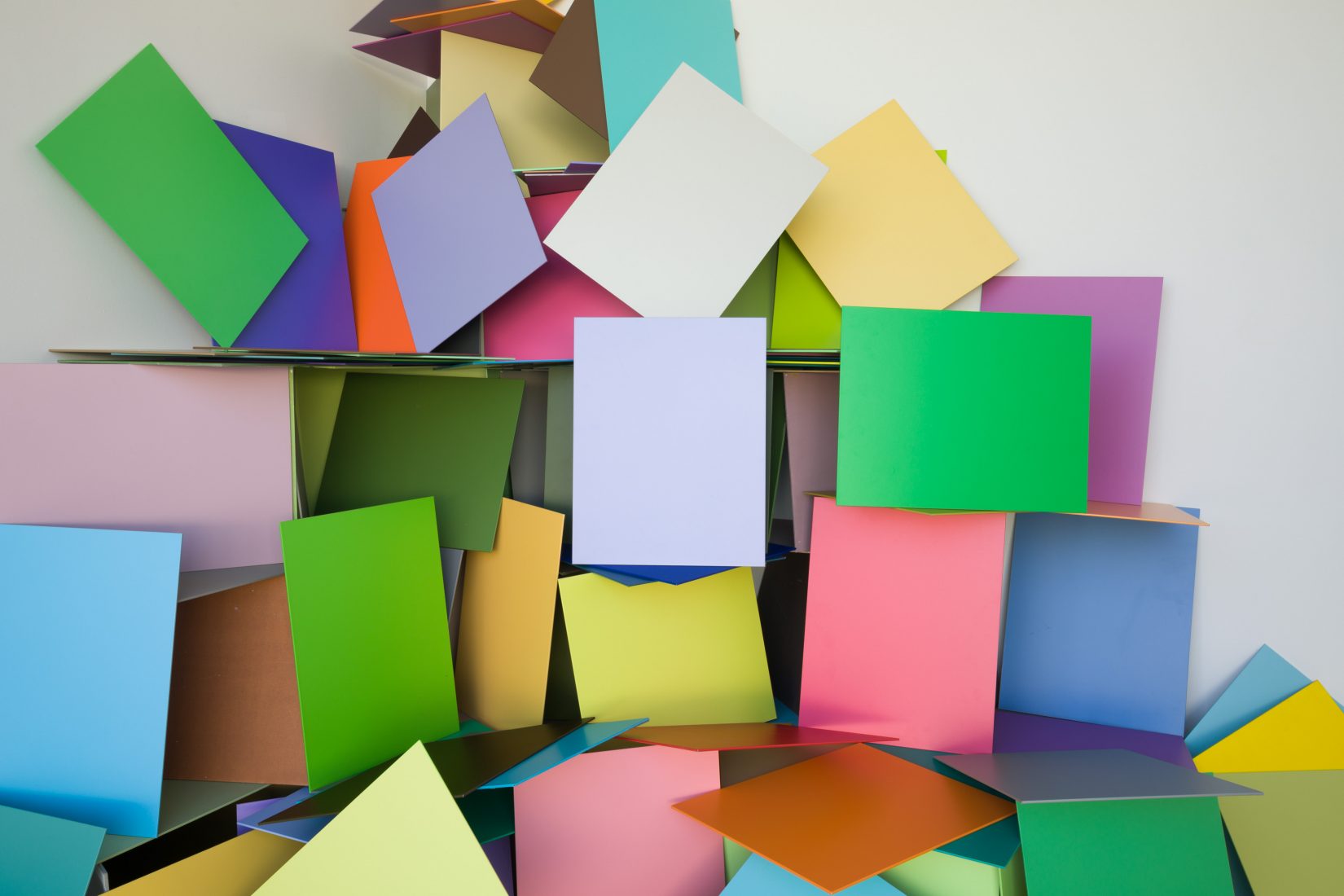 In this new exhibition, Michael Batty extends a sculptural and photographic approach to his long-standing formal explorations into abstraction. Building brings together two bodies of work that deal equally with the central concerns of his practice – colour, geometry, idealized form, and the kinetics of material in space.

His previous works have almost exclusively dealt with two dimensional, pictorial concerns within the mediums of drawing and painting. Building marks a pivotal moment in Batty’s practice – the expanding of his interests in kinetic art into three dimensions.

Batty states; “I became interested in finding a new location for my paintings. In the studio, I began to focus on the perceptival vantage point of the corner of a room; a point where two converging lines meet. Once I viewed this as a potential site for my work, this location of two separate planes transformed my sensibilities. I began to envision the possibility of three dimensional, sculptural works.”

The exhibition is comprised of a multitude of panels in a range of colours. The works could be viewed as a clashing of monochromatic paintings caught in a moment of creation and deconstruction. Building includes two recent works by Batty, Scale and Prop; both were produced in 2018.

Scale is a work which explores perspective, by way of a composition that converges between wall and floor. The strips of colour slip downwards, guiding the viewer’s eye up and down the trajectory they’ve created like a graph or staircase. Batty’s titles are always ambiguously multi-referential: Scale, here, could refer to music, measurement, or math. The minimal grid shape of Scale brings to mind Carl Andre’s floor works, but while Andre was concerned with the properties of the material, Batty’s main focus lies in the pictorial form of colour.

Prop, the other new work included in the show, shares with Scale a vibrant use of colour. Here, Batty’s previous interests in two dimensional concerns give way to a new physicality, one of balance, friction, and mass. The coloured shapes are arranged in a delicate balance with no underlying armature or support, creating a cascading form that extends down and out from the corner of the room and onto the floor. Despite being meticulously assembled, the work gives the impression of precarity – the shapes could easily have tumbled into this formation on their own.

Starting with the same basic units of colour and shape, Scale and Prop offer a binary of expression: order vs. chaos, stability vs. fragility, composition vs. spontaneity. Batty invites the viewer to look beyond the initial recognition of geometric shape as a commonly shared element to a consideration of the variety of permutations that these basic shapes can generate.

Also included in the show are selected photographs of the artists’ works created in the studio. In this context, the photographs serve to document an ongoing studio practice, making public a liminal process that generally remains behind closed doors. The exhibition at Burrard Arts Foundation offers an opportunity to take the creation of these new sculptural works into the territory of the site specific. The sculptures will be documented during the exhibition, extending the body of work even further.

Building represents a unique opportunity to view a cross-section of an artist’s practice; a demonstration of how their work has developed, thematically and practically, from conception to exhibition. In this show, the reasoning behind the works included is just as considered and methodical as the execution of the works themselves.