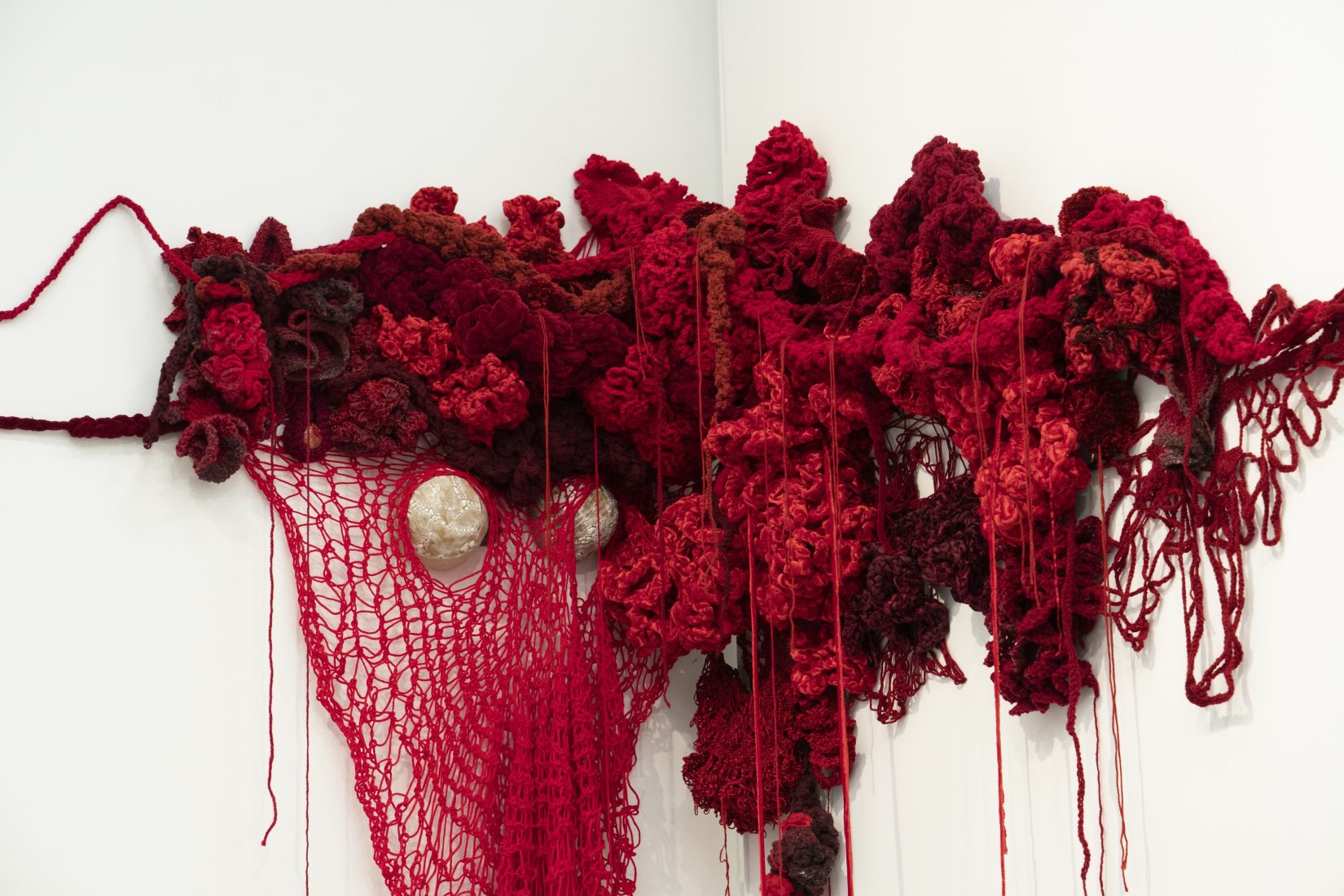 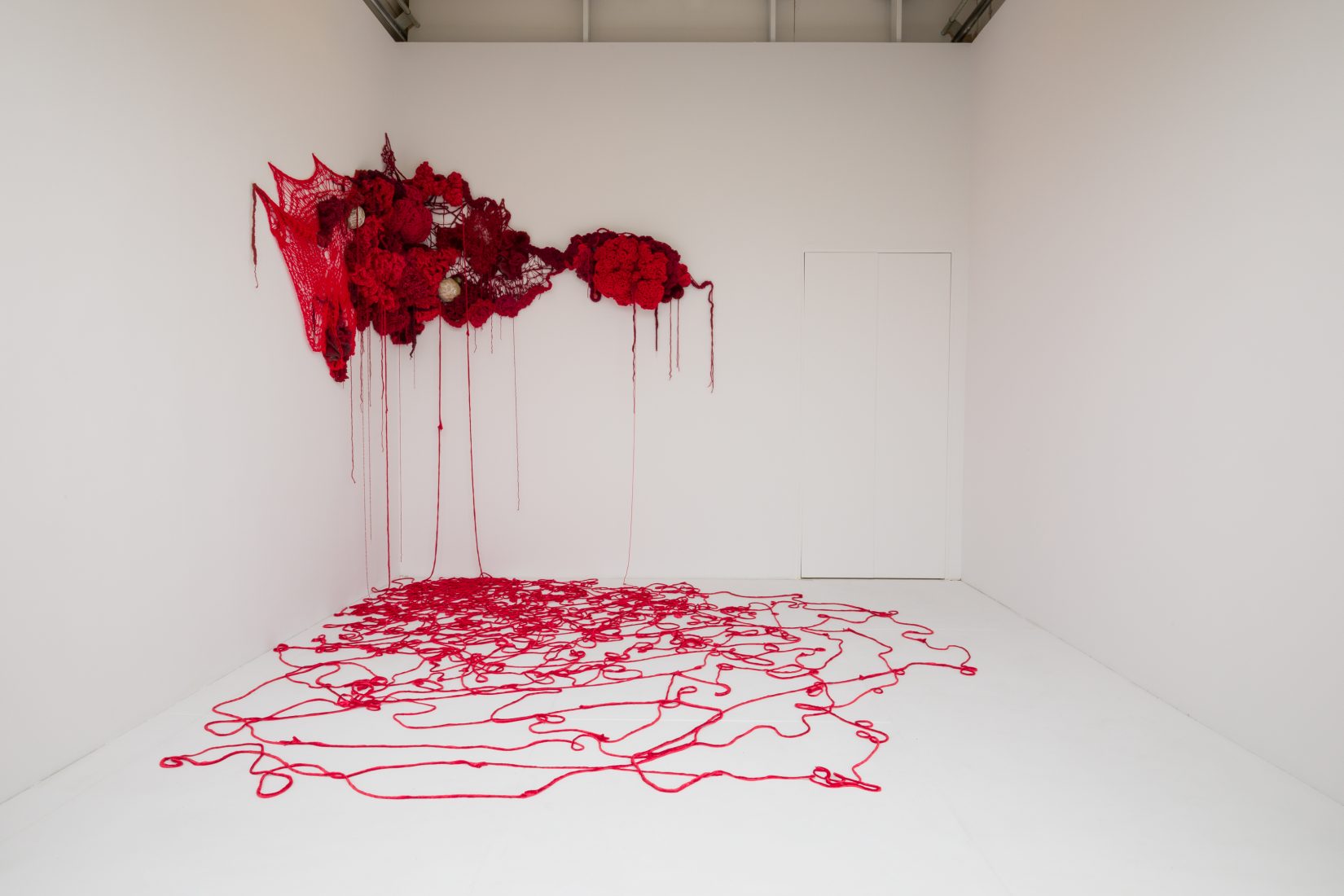 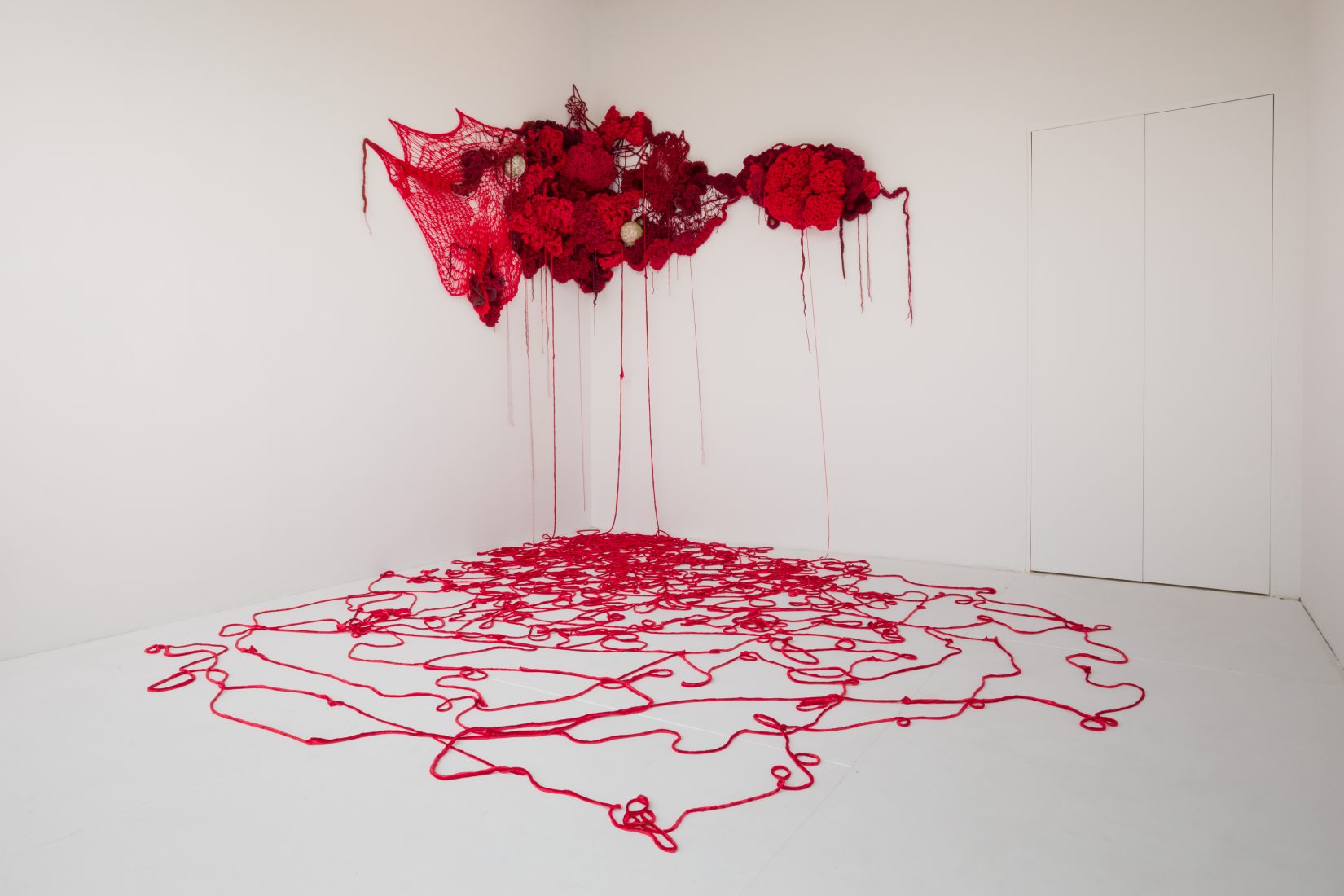 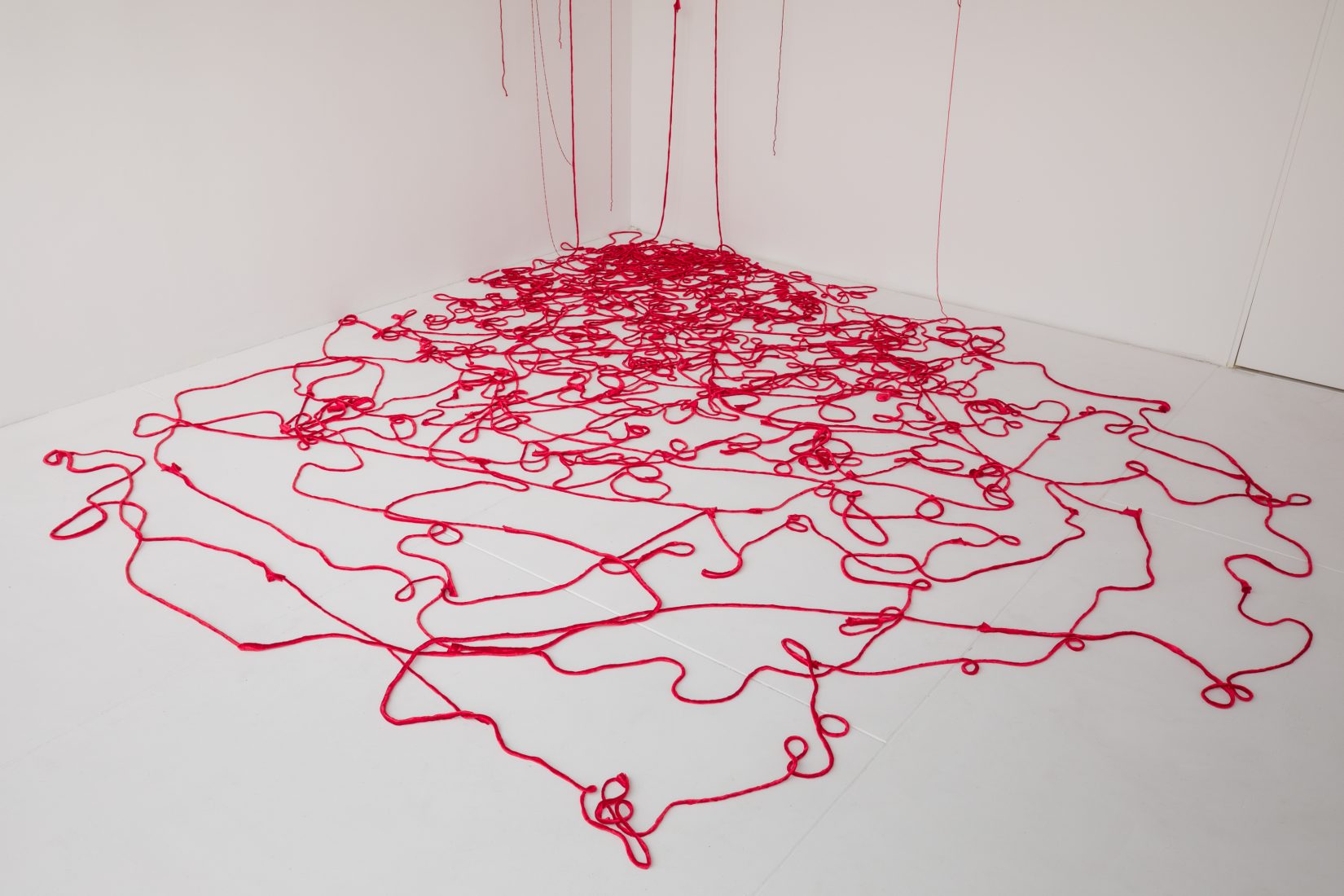 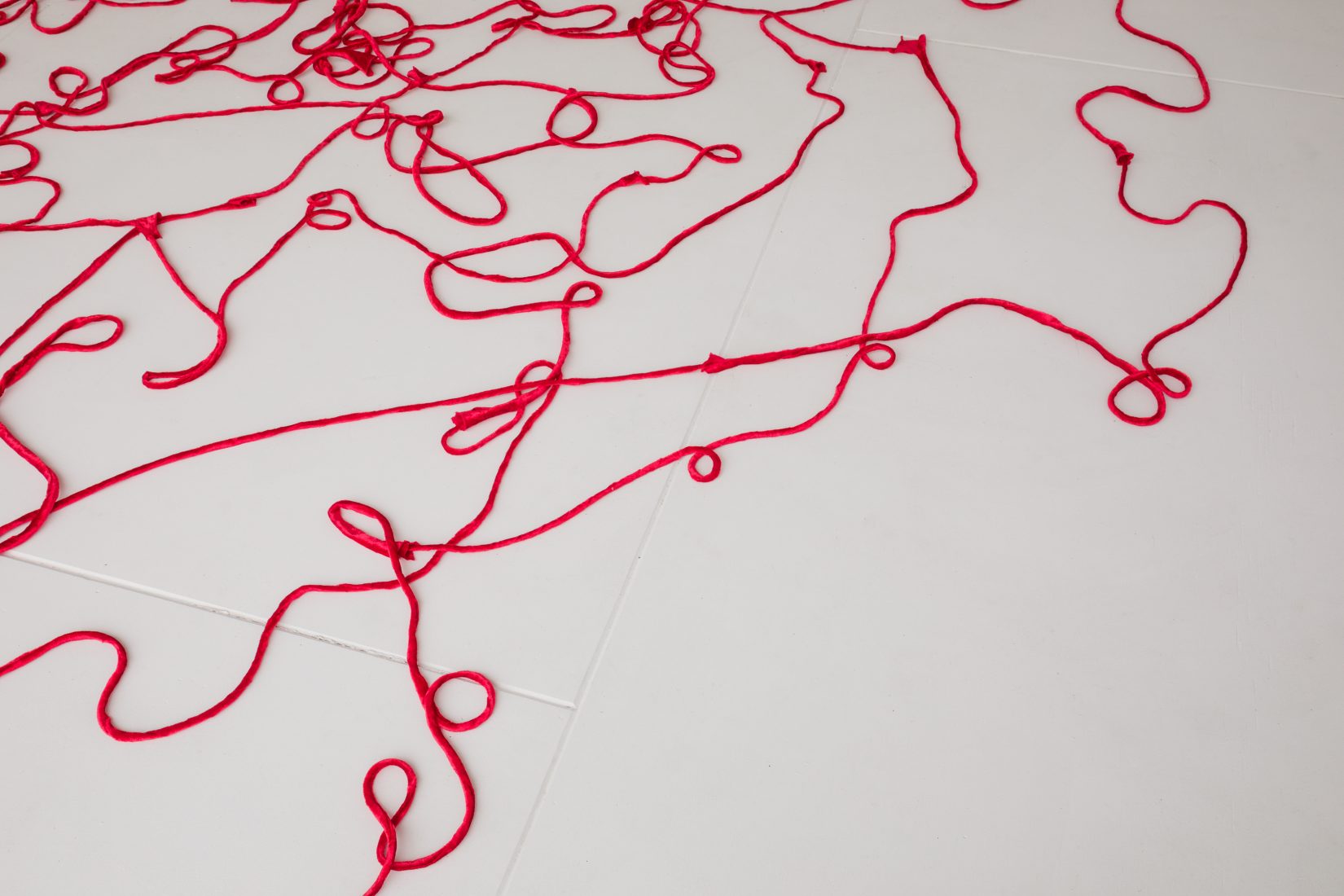 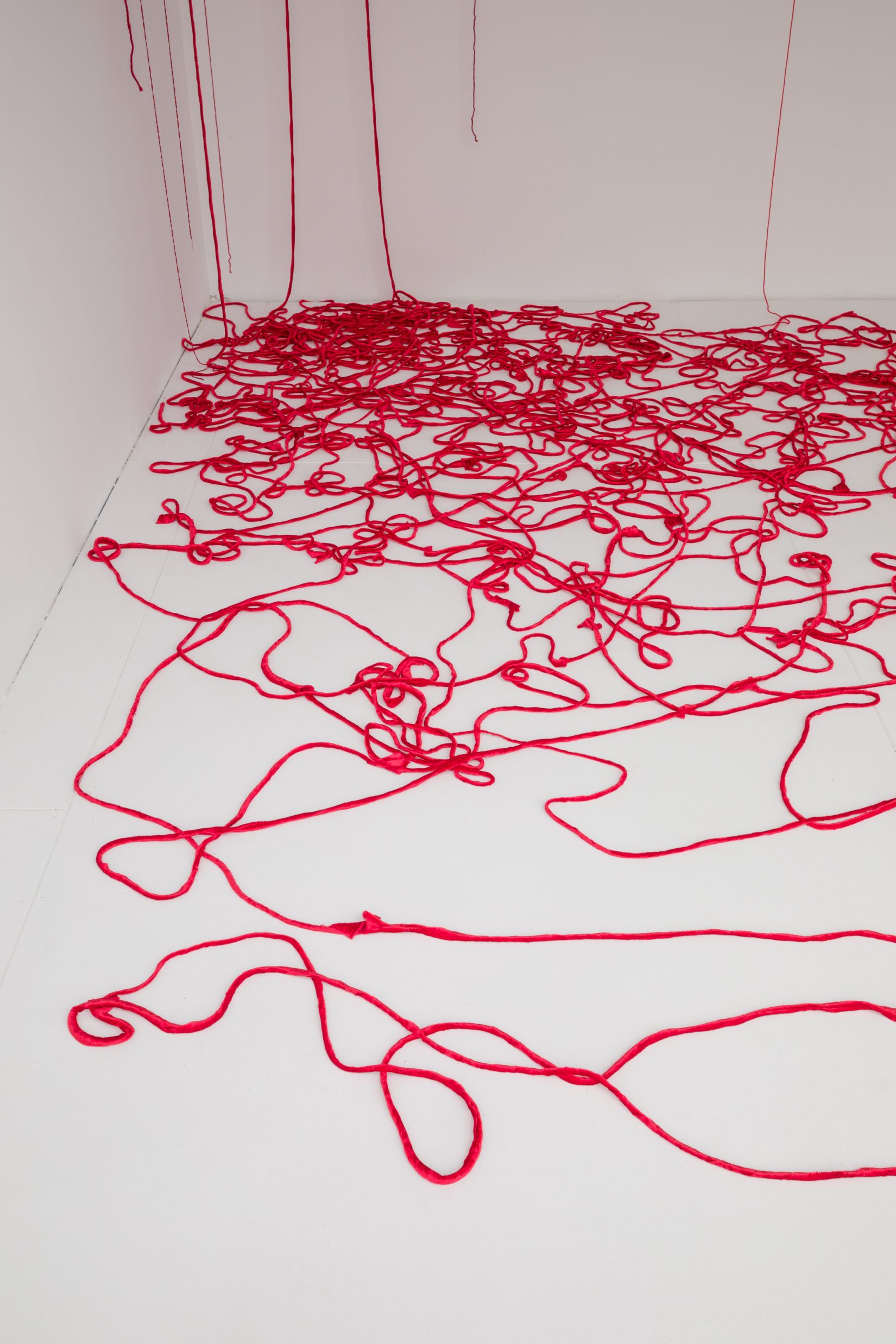 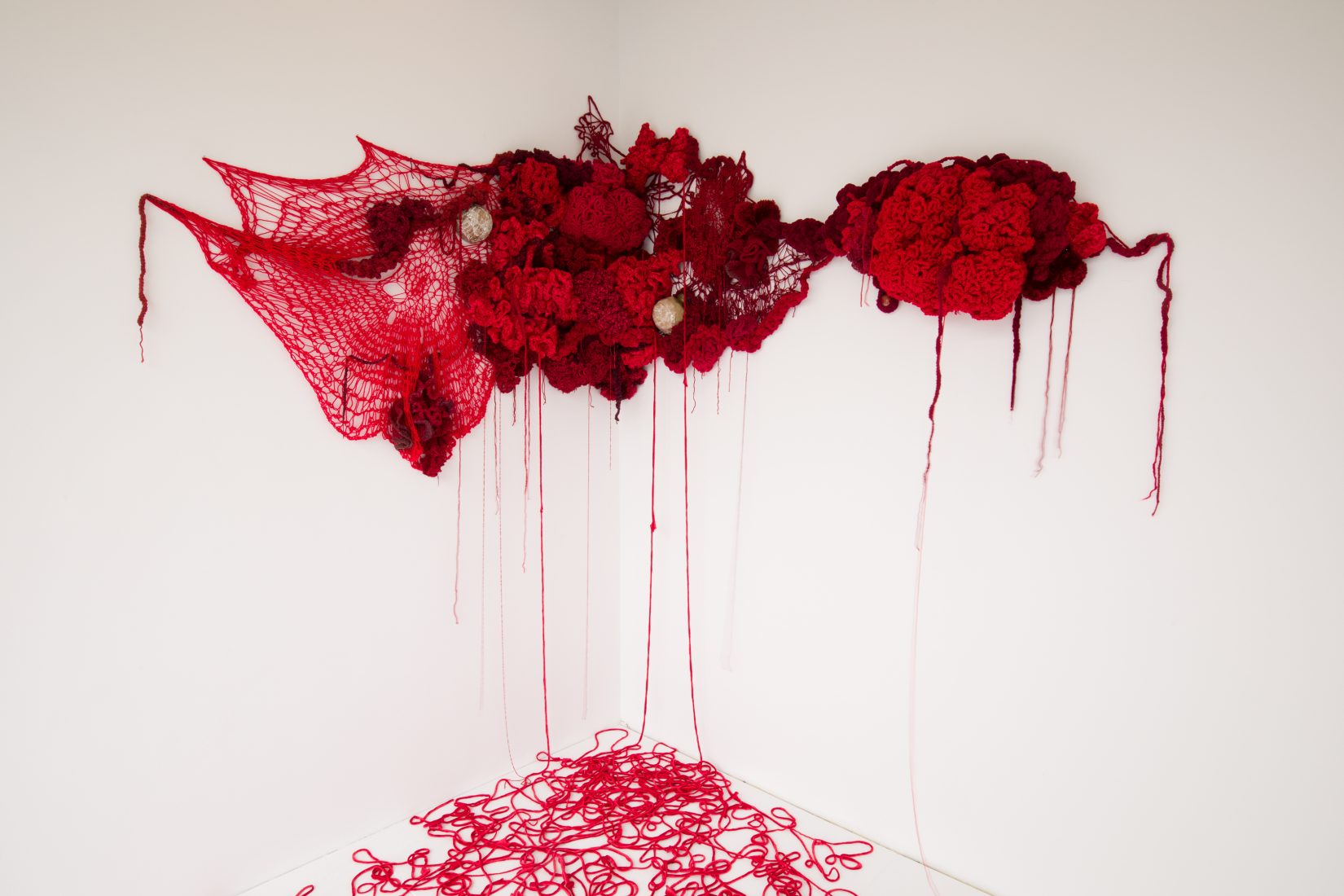 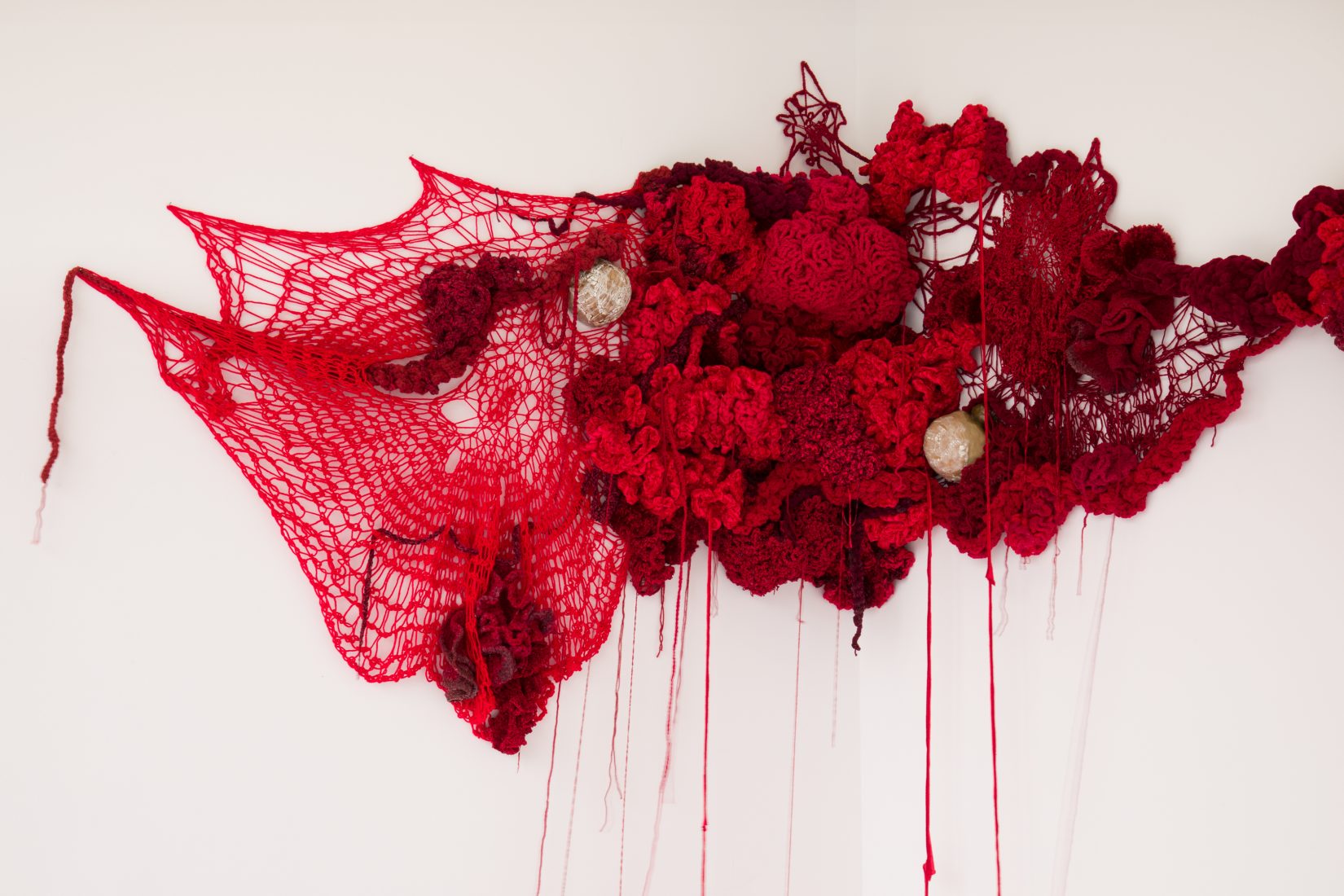 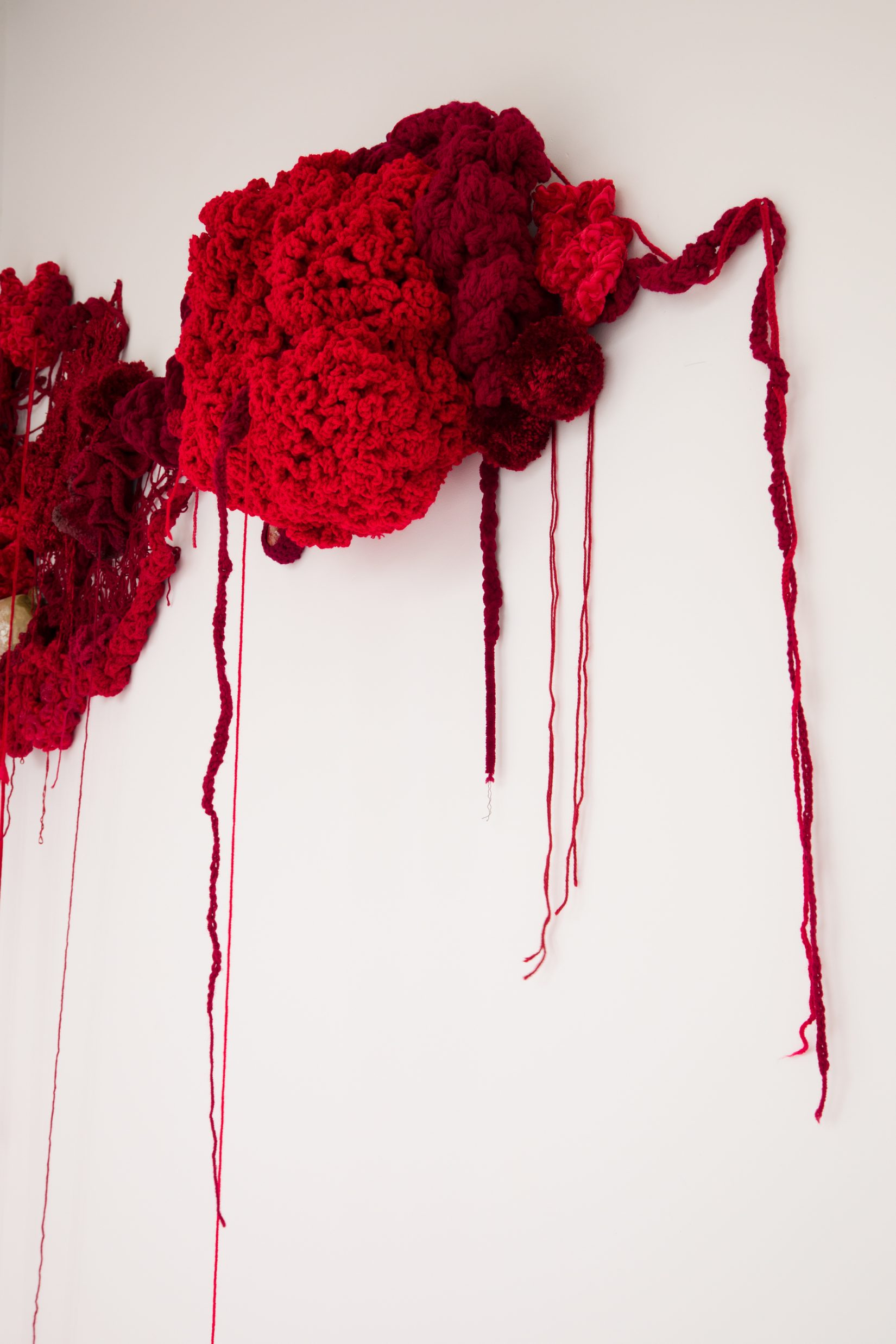 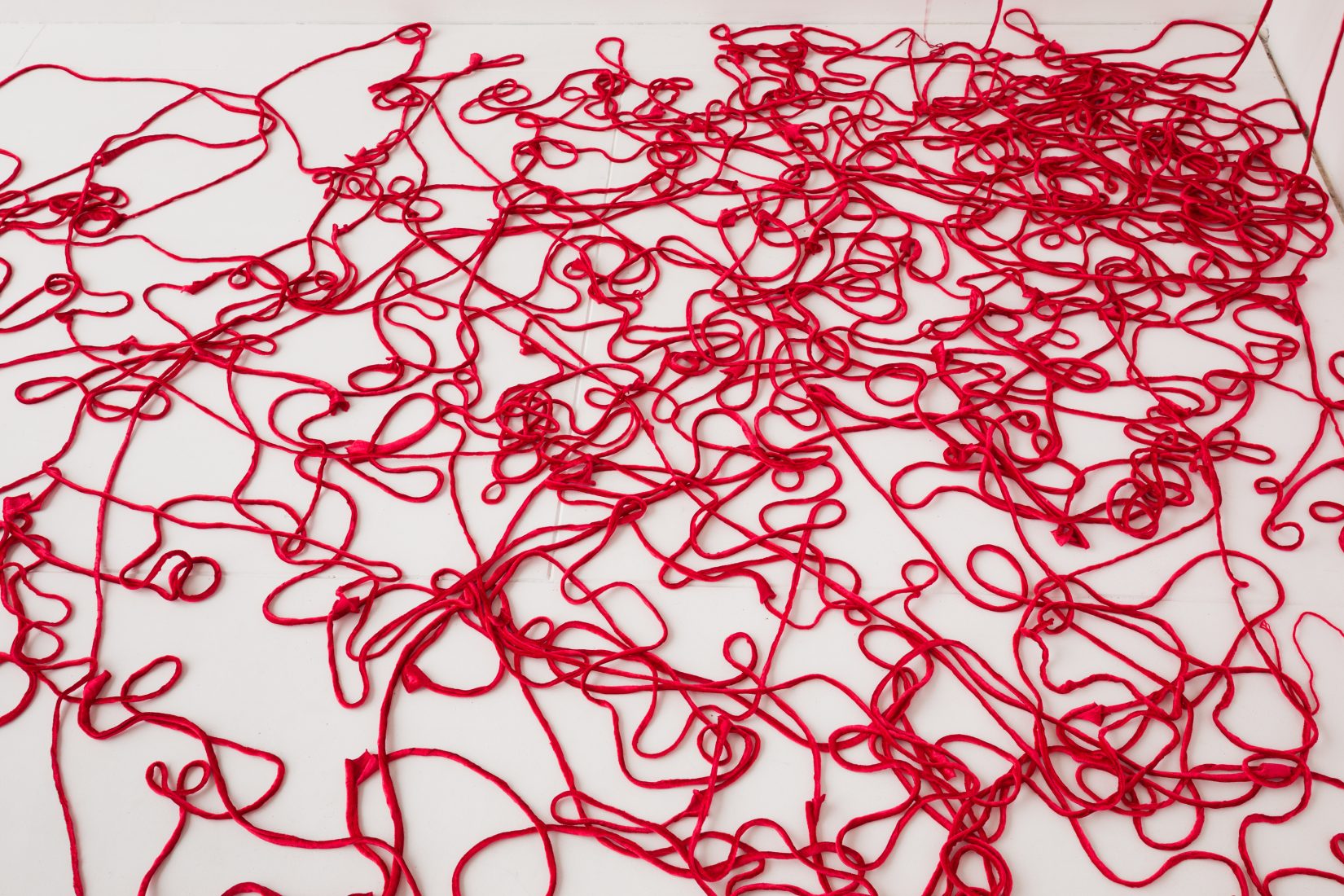 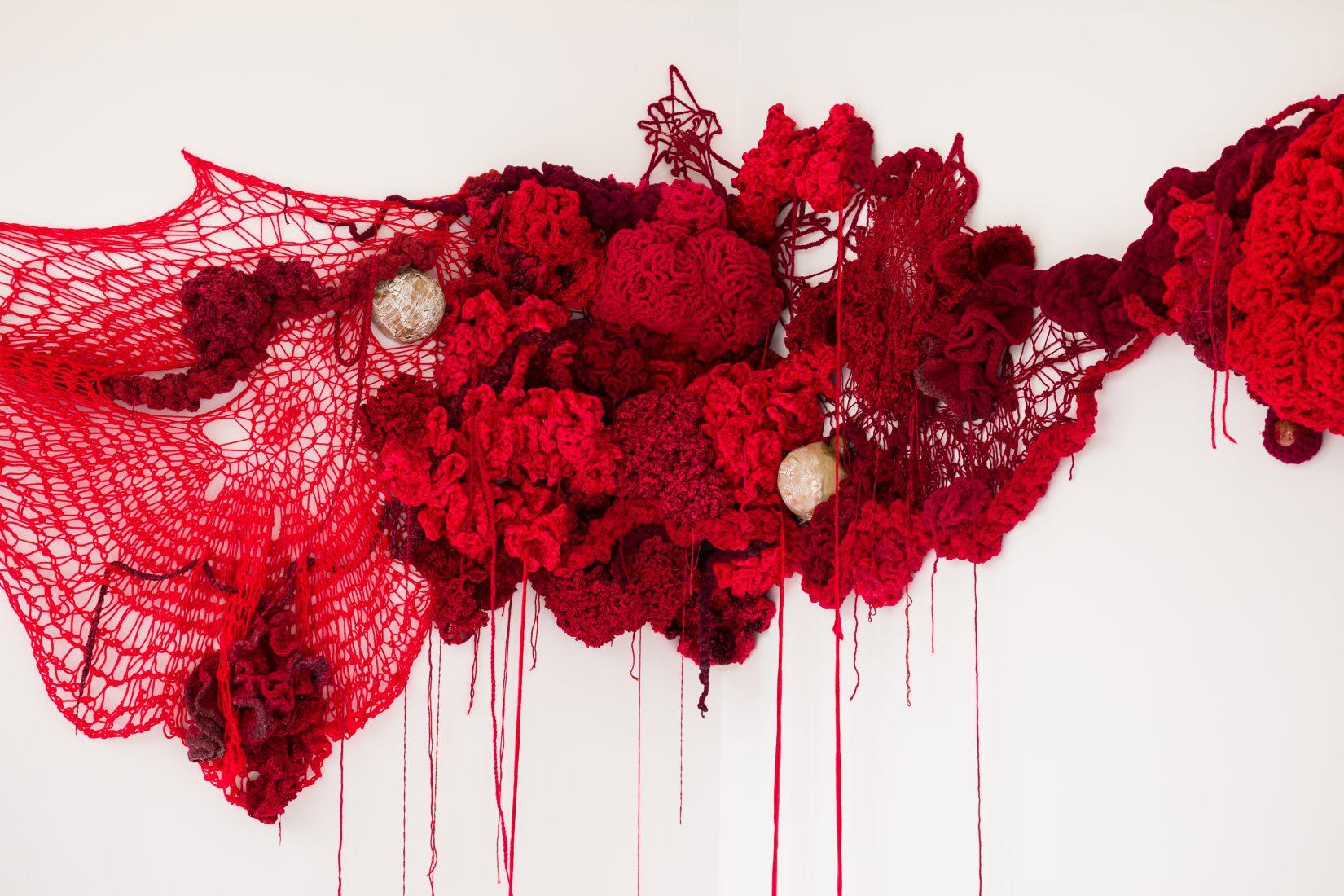 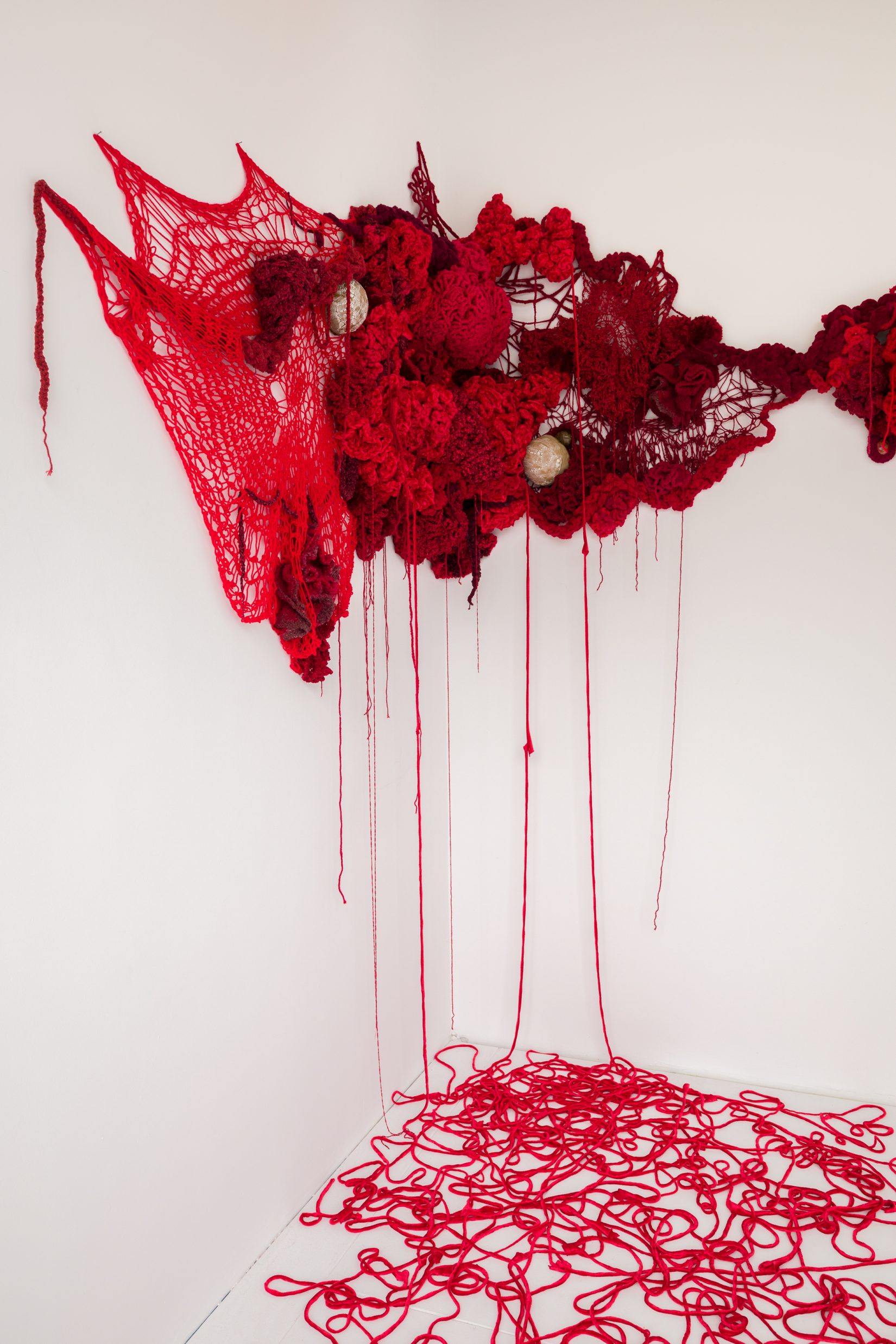 In 2017, after surviving an assault, the artist contracted a staph infection that was quickly progressing to her brain. It could be seen travelling under her skin, its path appearing like a thin, red thread. It surfaced at the back of her neck and wrapped around her side to pool at her forehead, travelling under her brow and deeper inward.

After receiving treatment, Sintnicolaas learned that the infection, had it been left to progress any longer, would have become life-threatening. The experience still haunts her and has contributed to her own ongoing post-traumatic stress disorder.

Emotional trauma takes a heavy toll on the body. Mental health workers, when treating trauma, will often ask a person where they feel the traumatic memory—perhaps as tension in the chest, or shoulders, or as butterflies in the stomach. Sintnicolaas presents the BAF Garage as a similar bodily container, with the crocheted material entangling within.