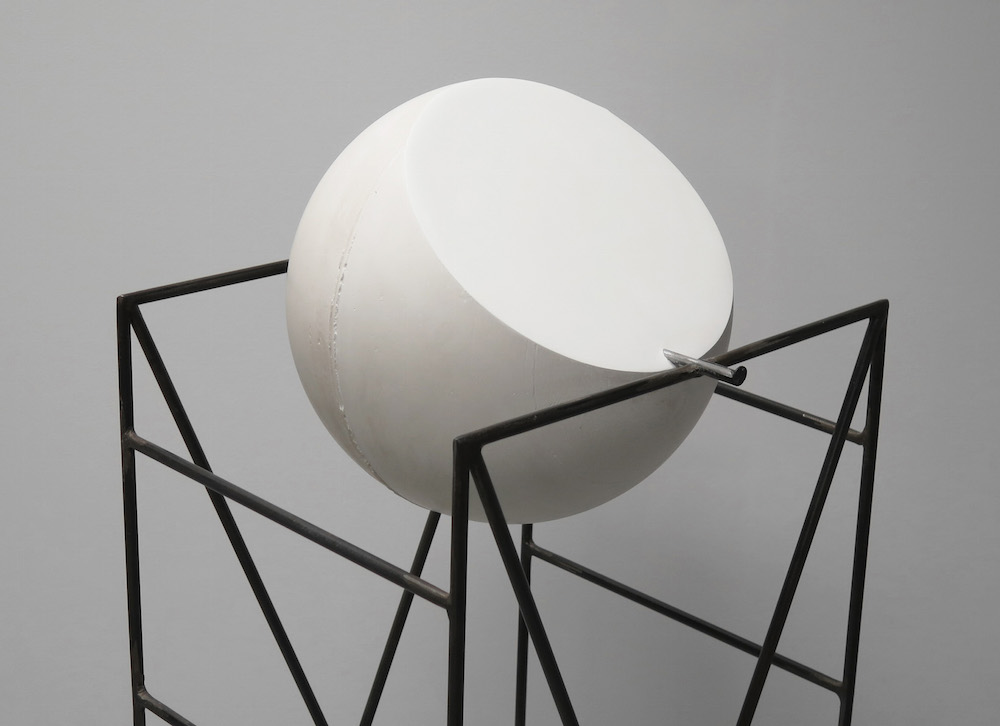 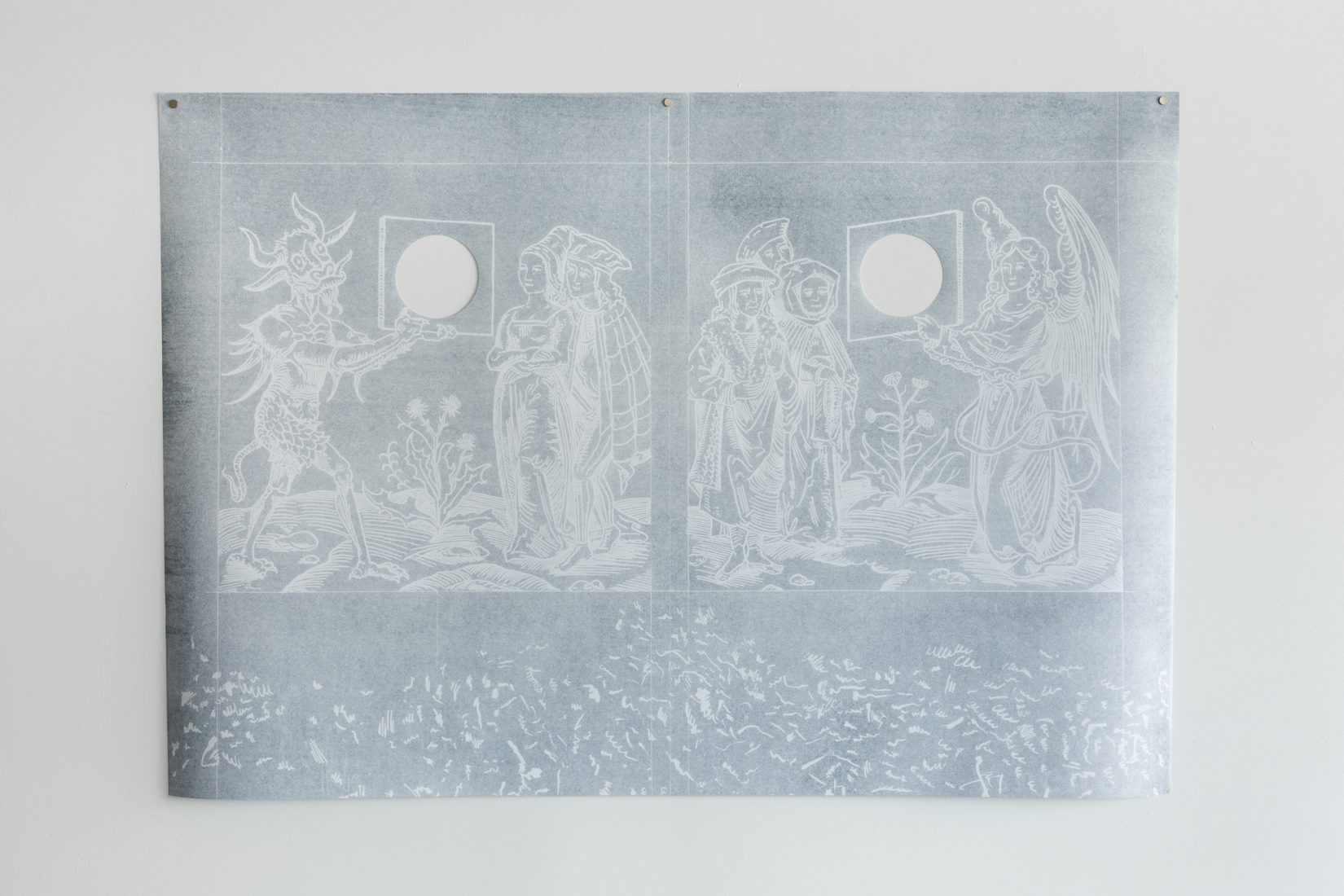 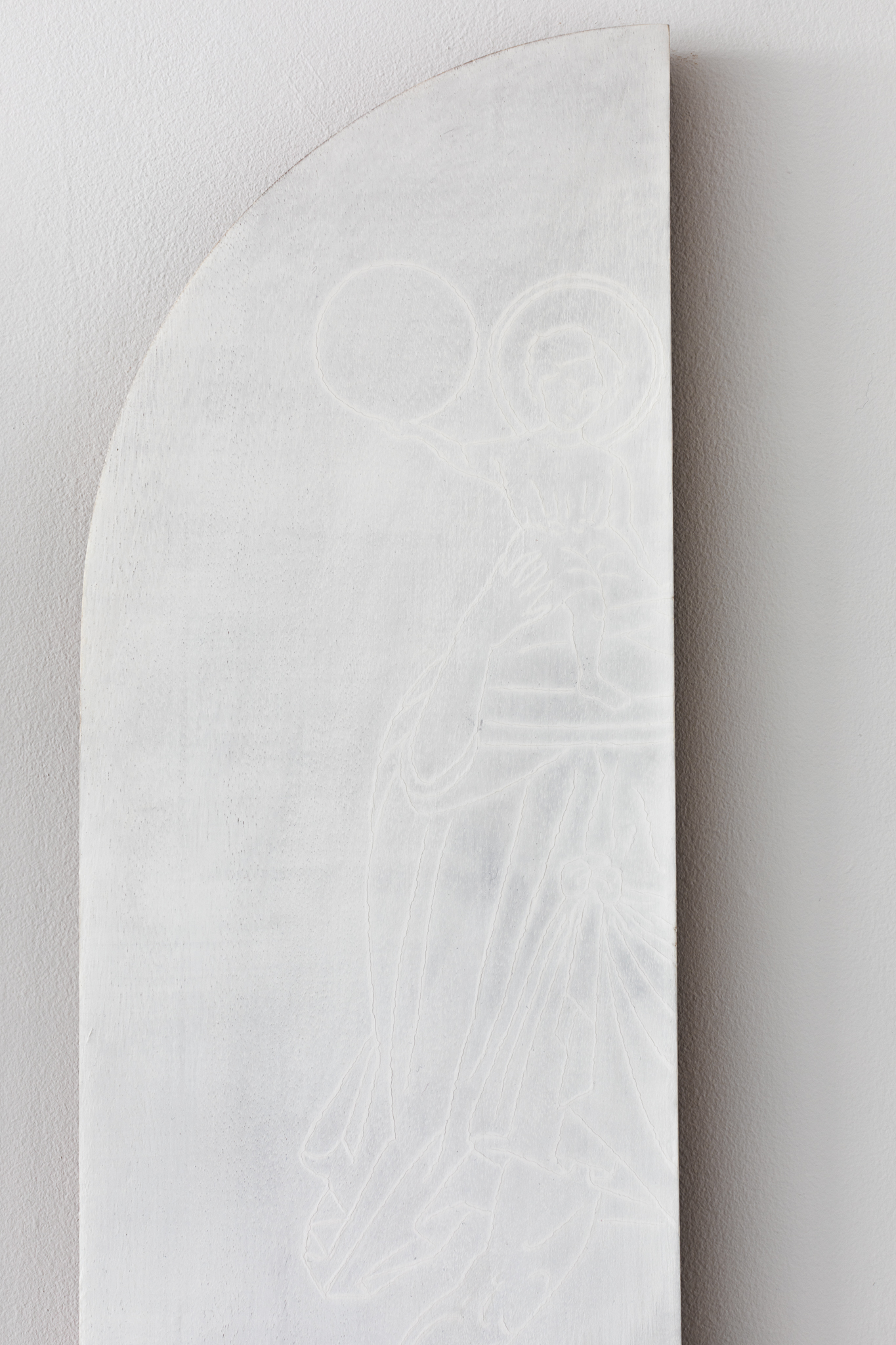 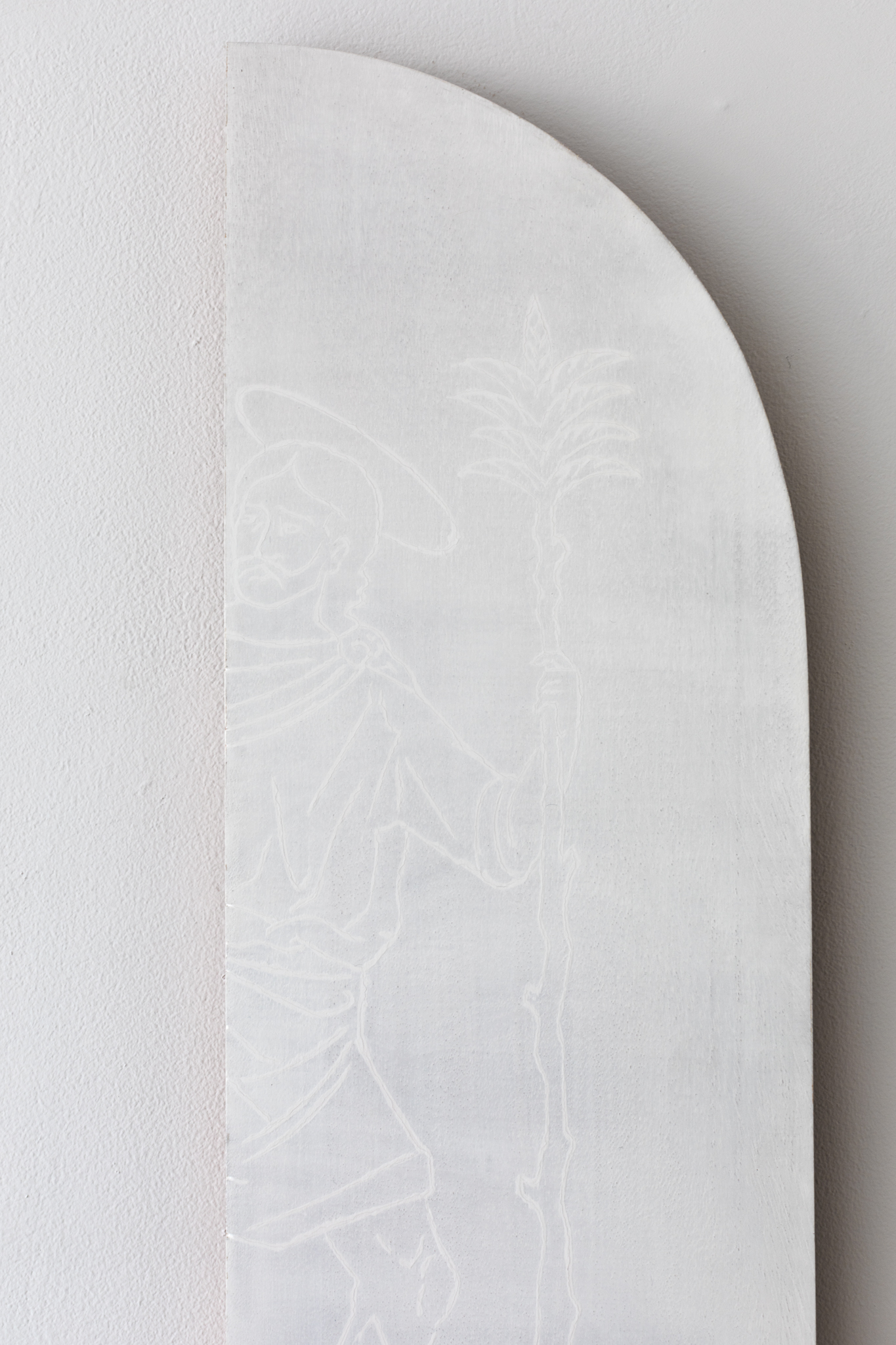 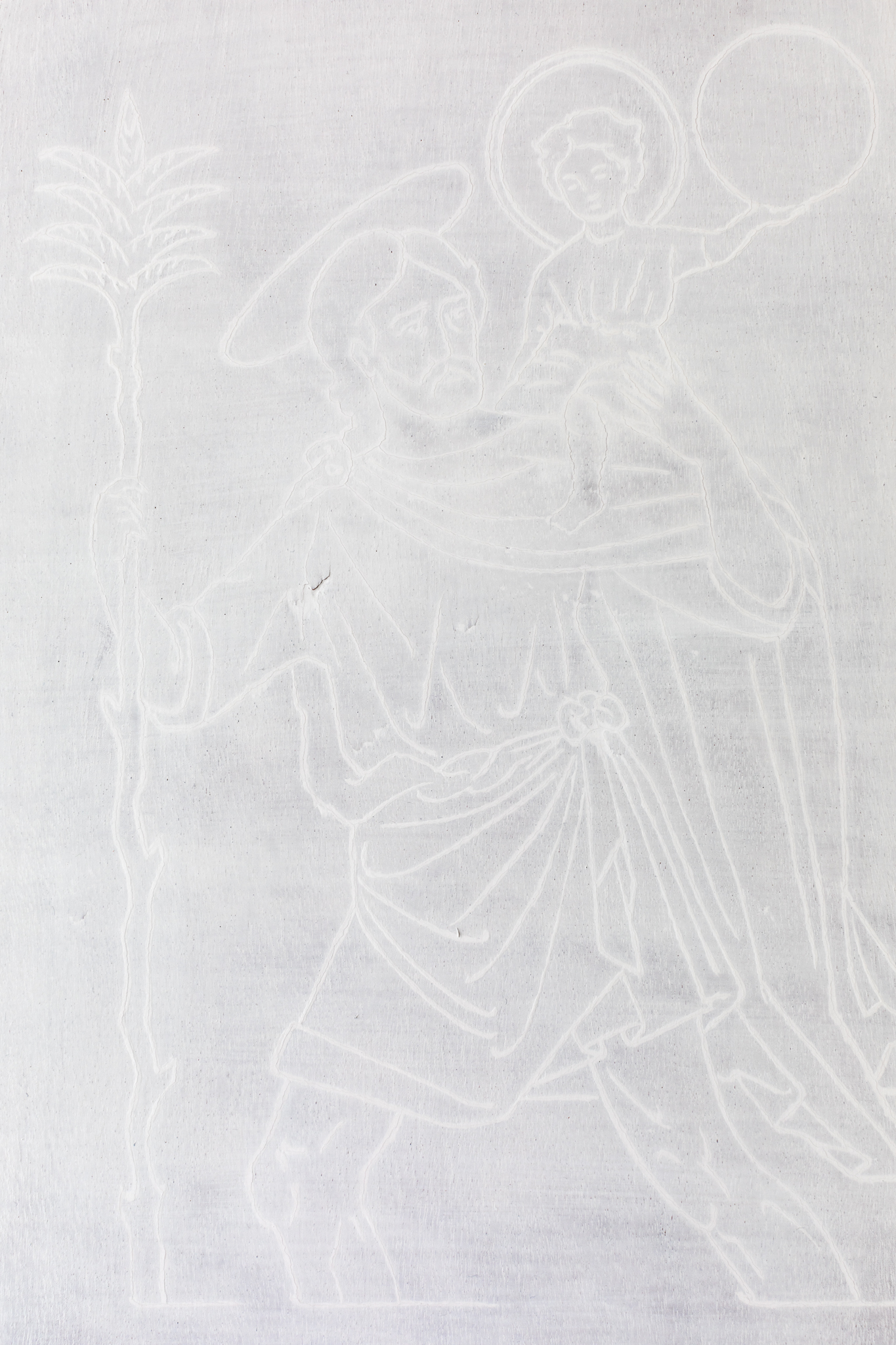 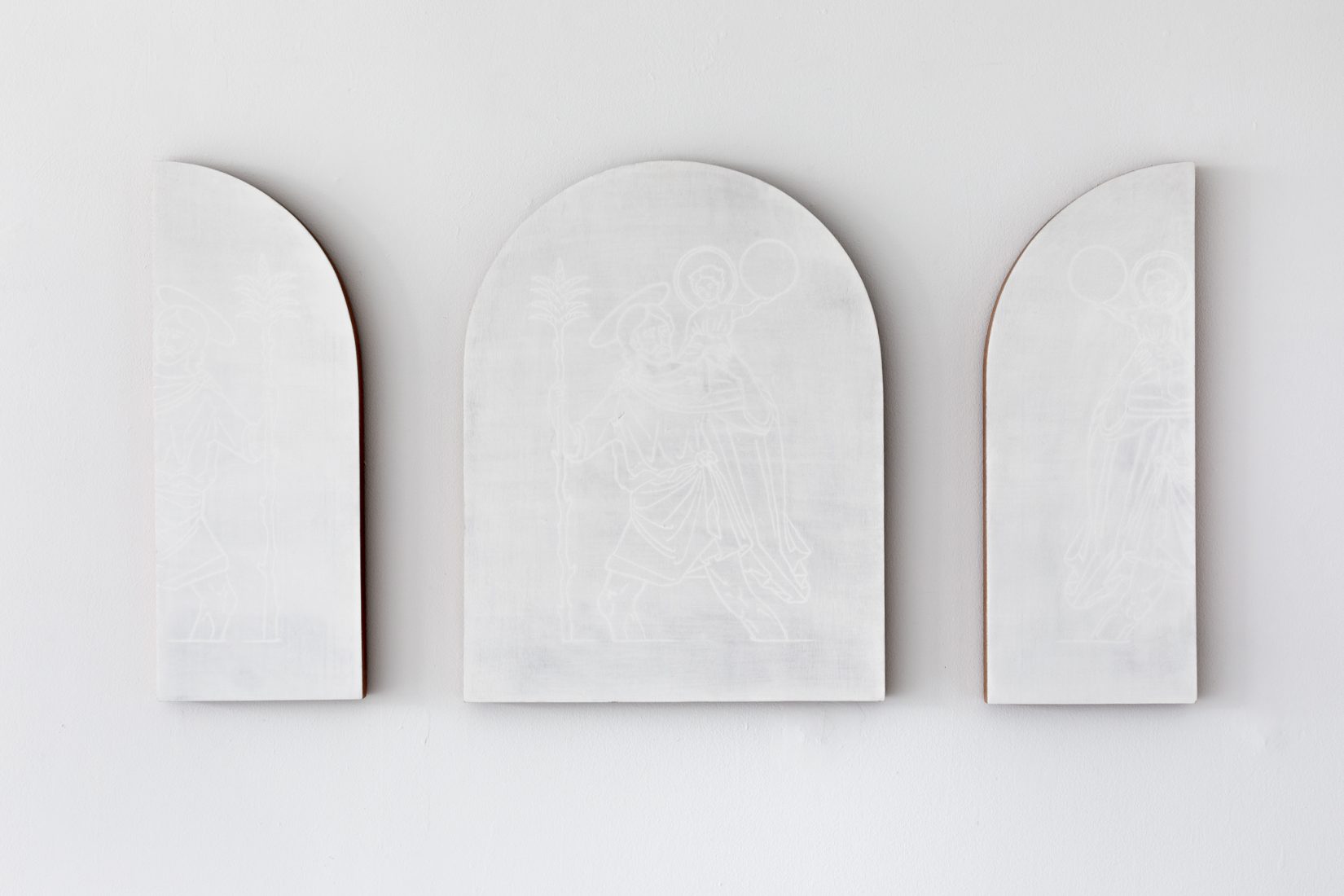 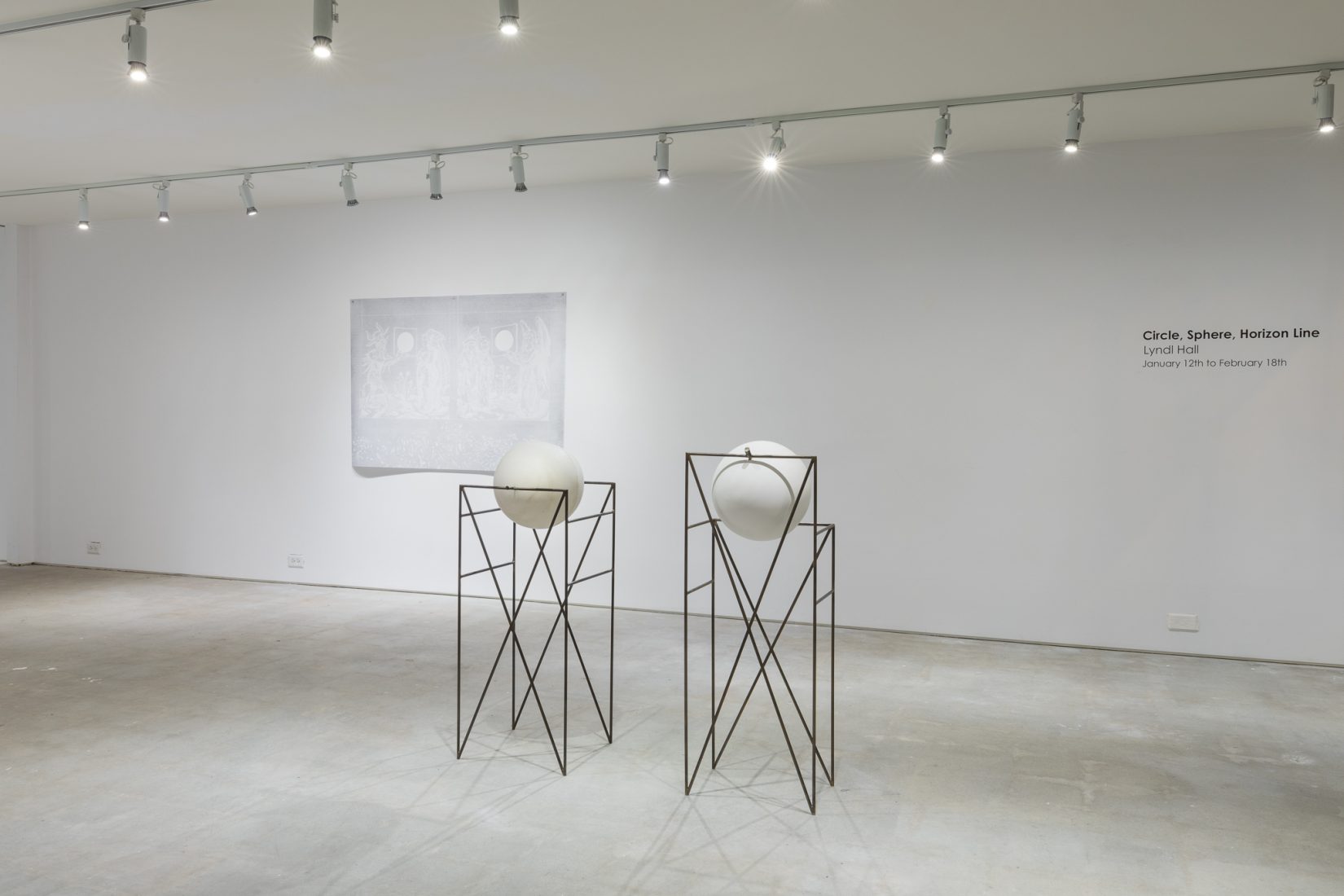 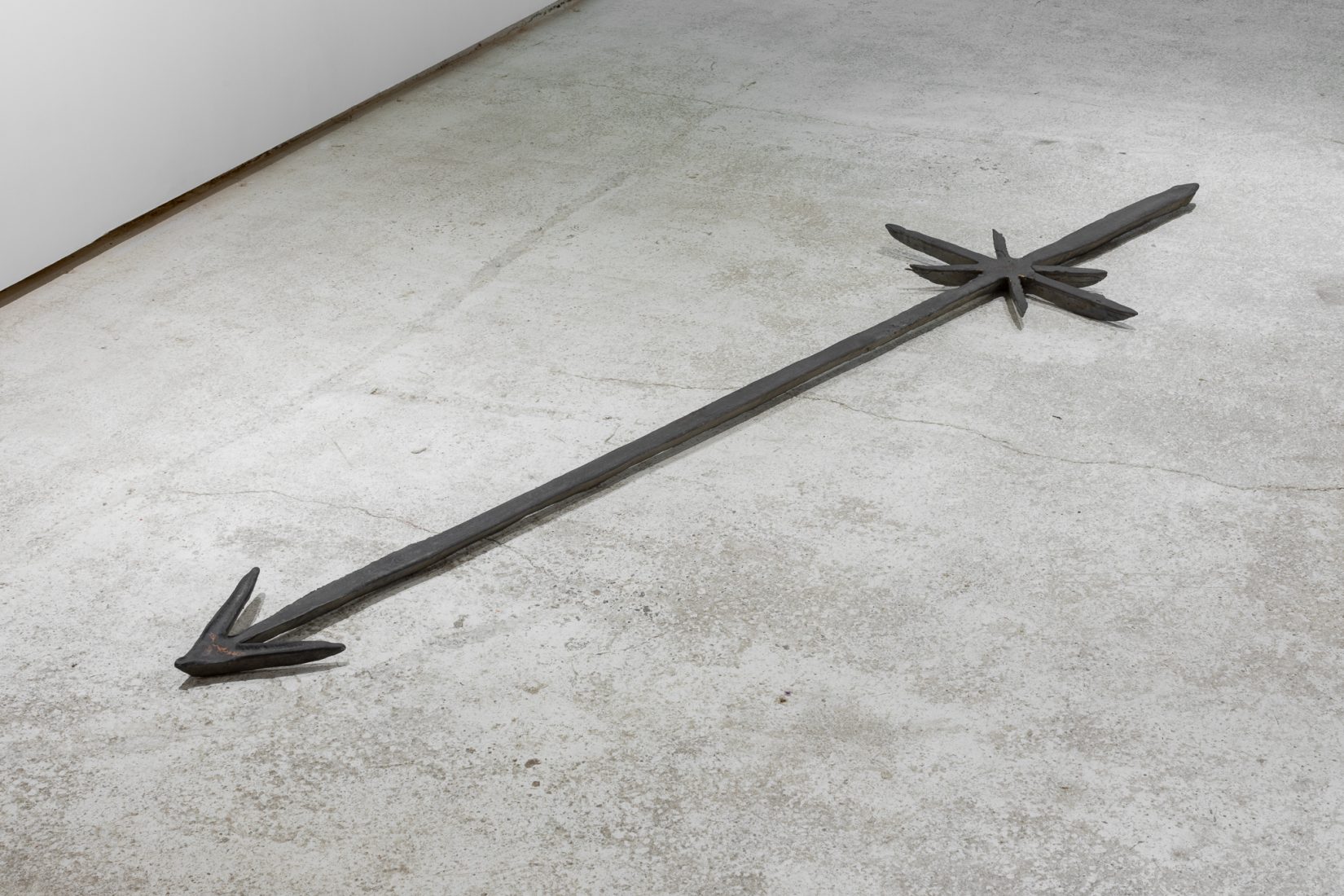 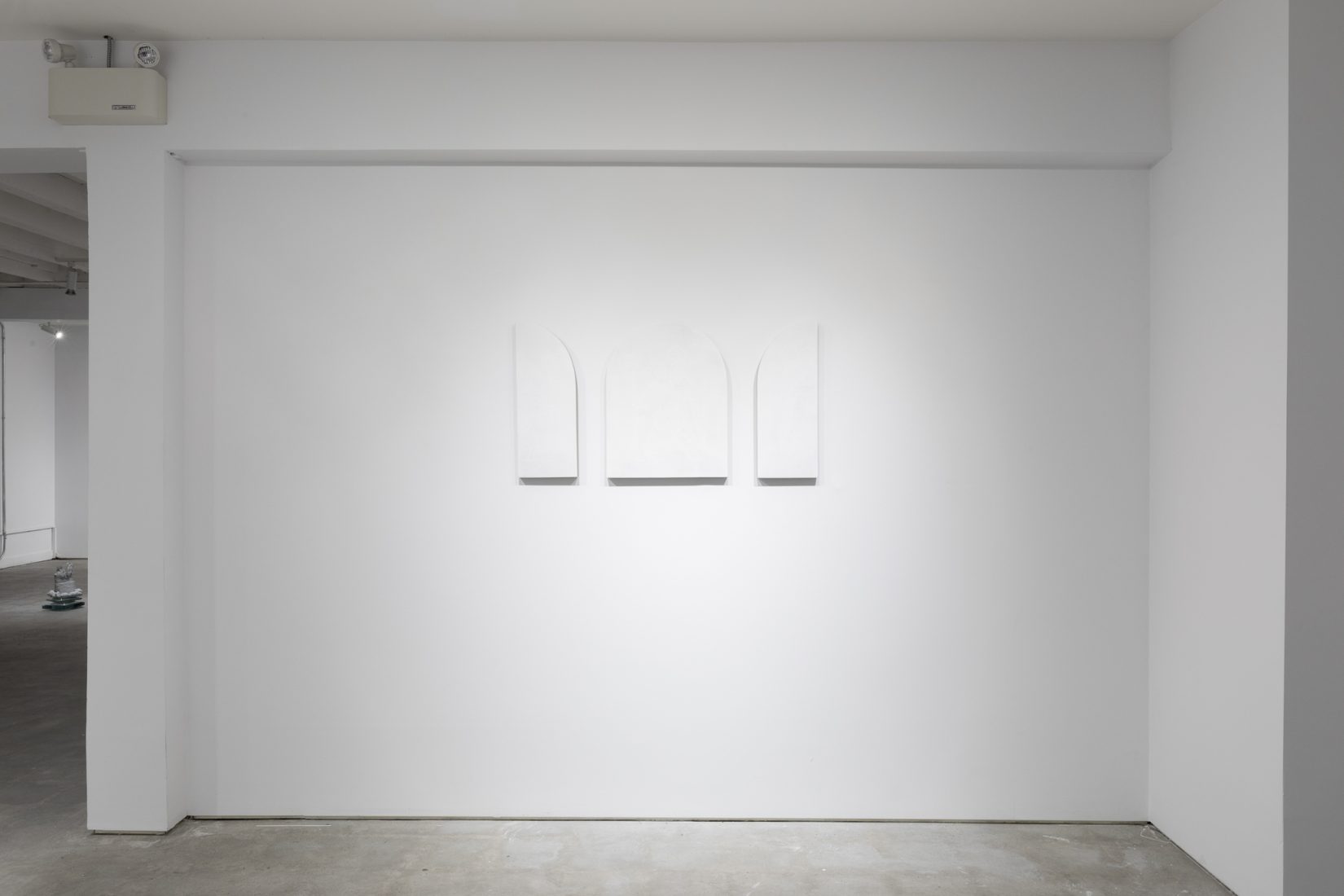 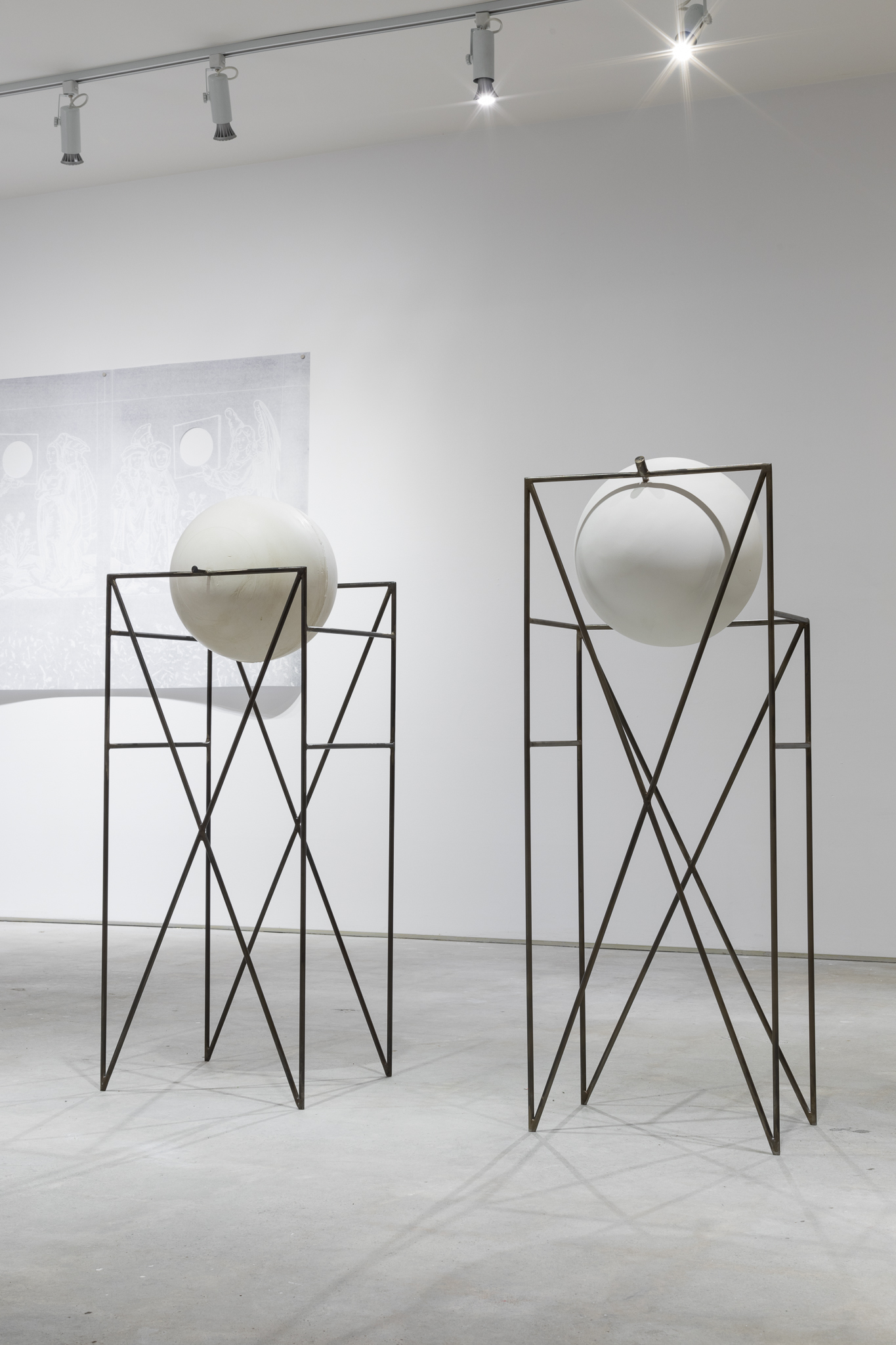 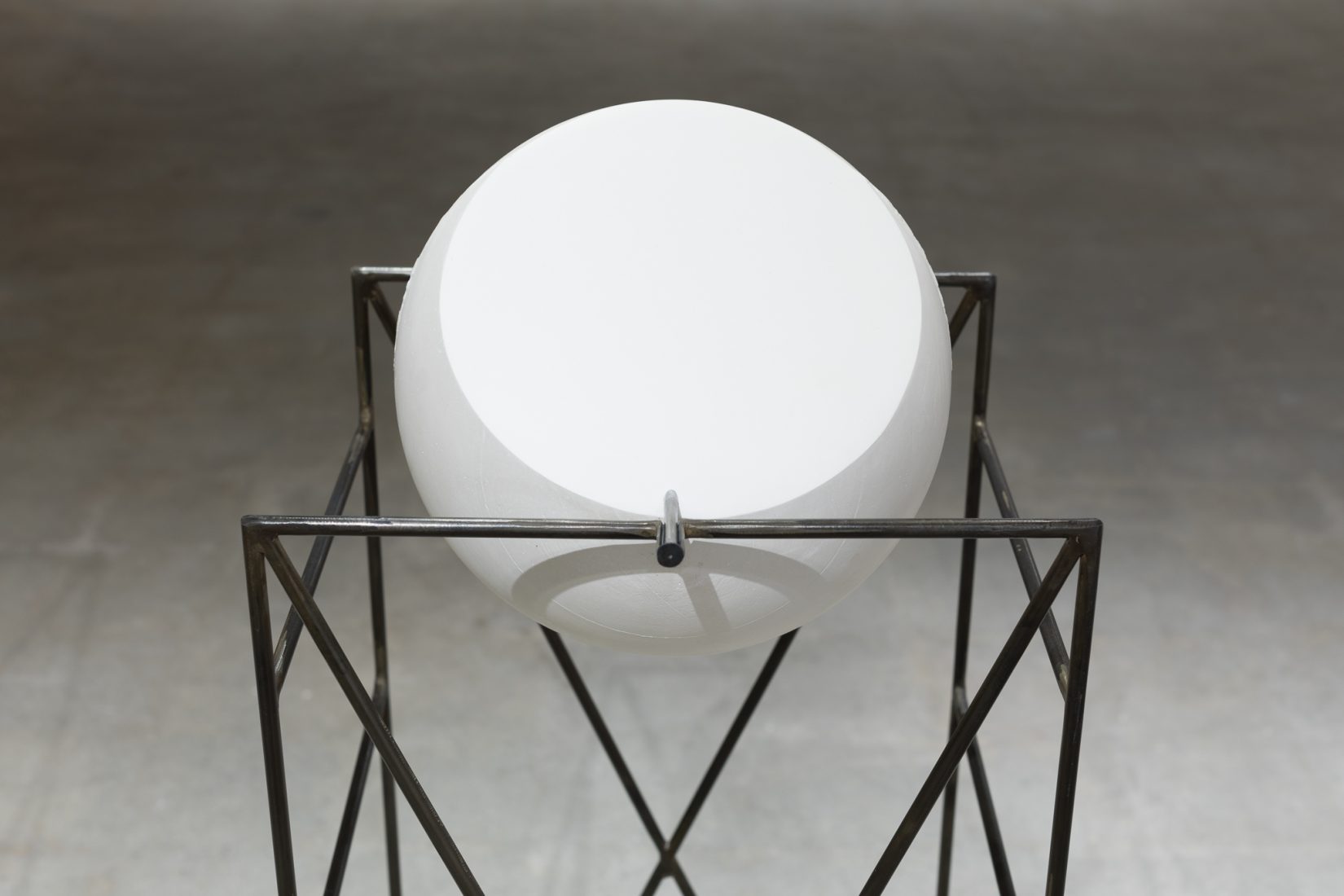 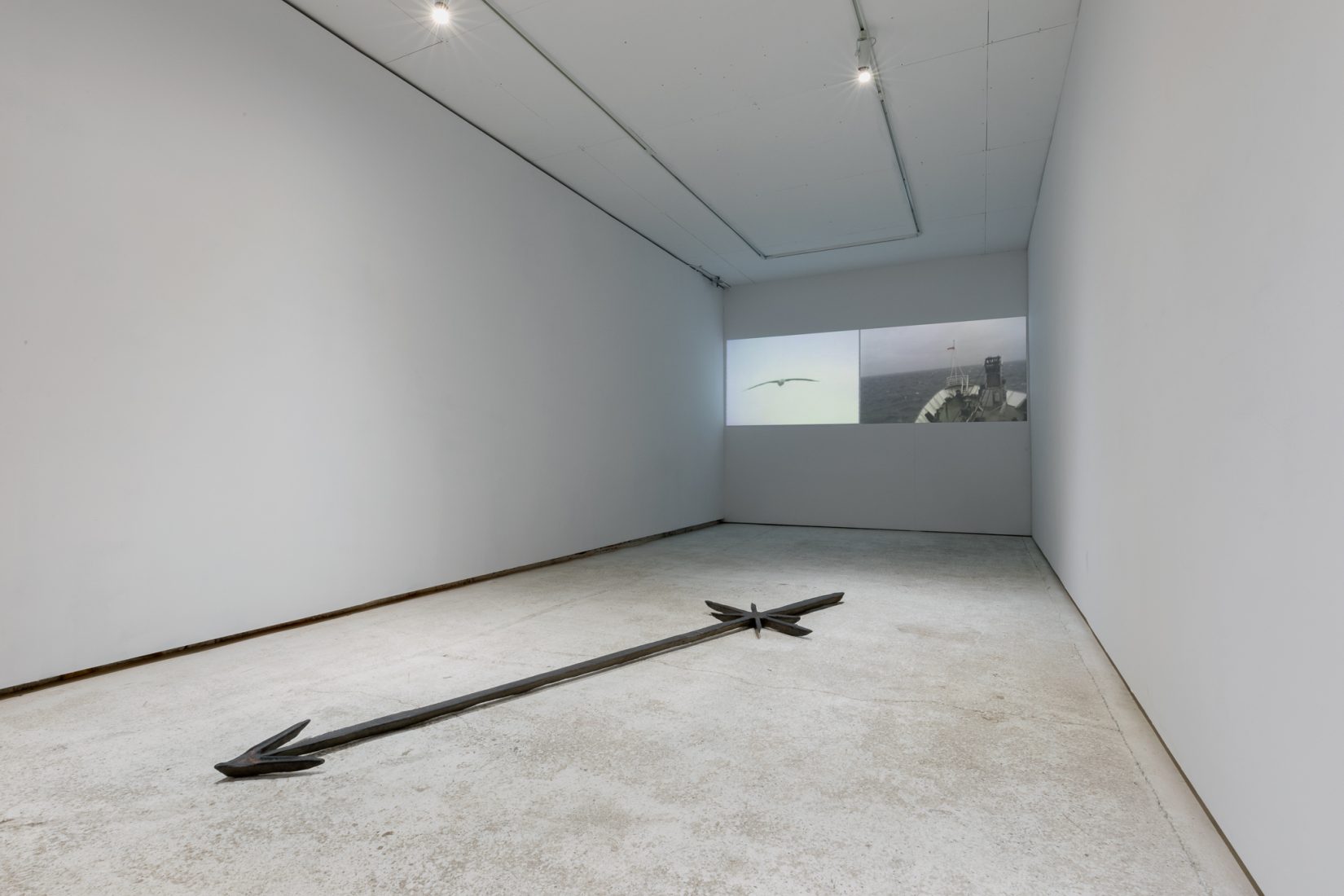 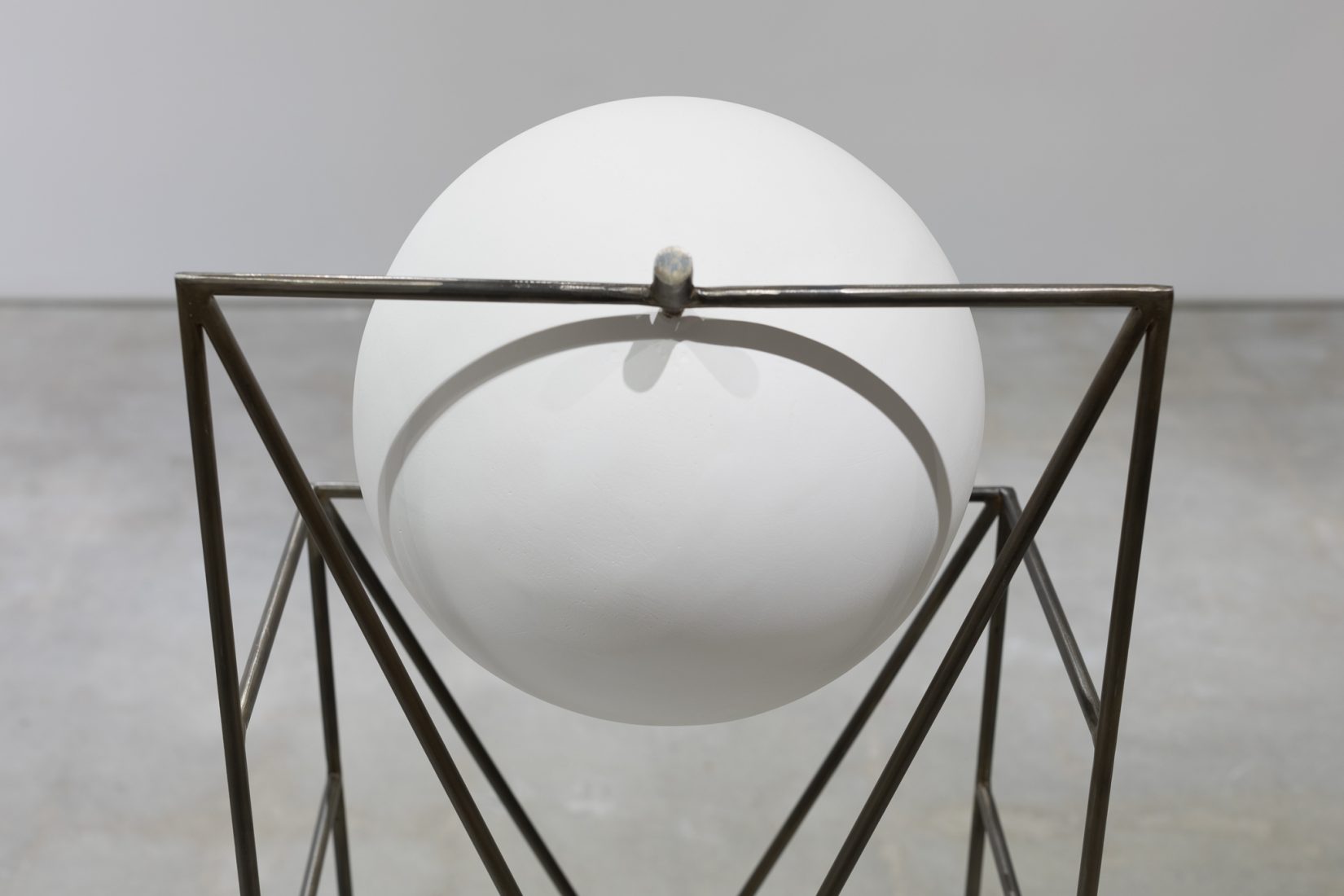 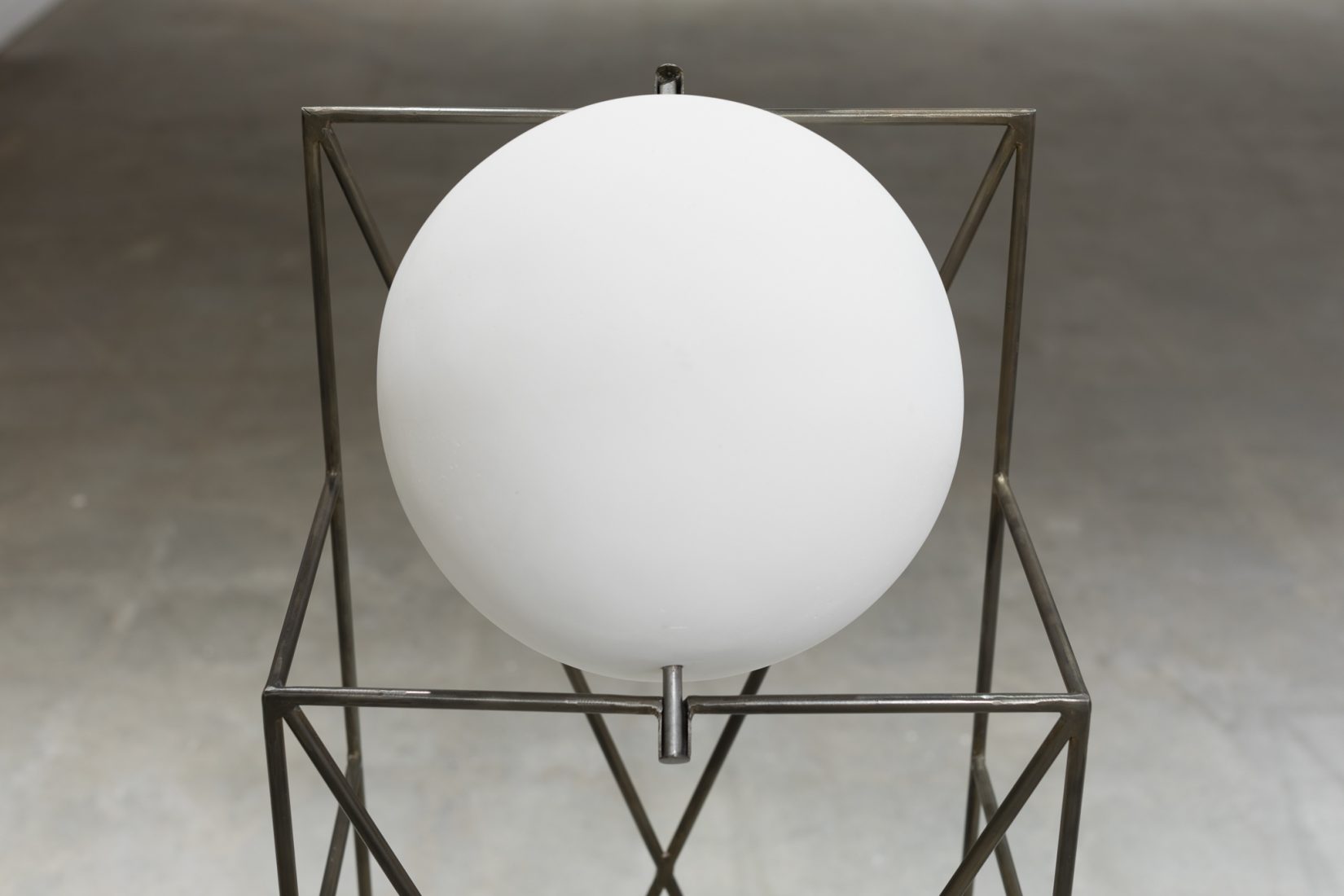 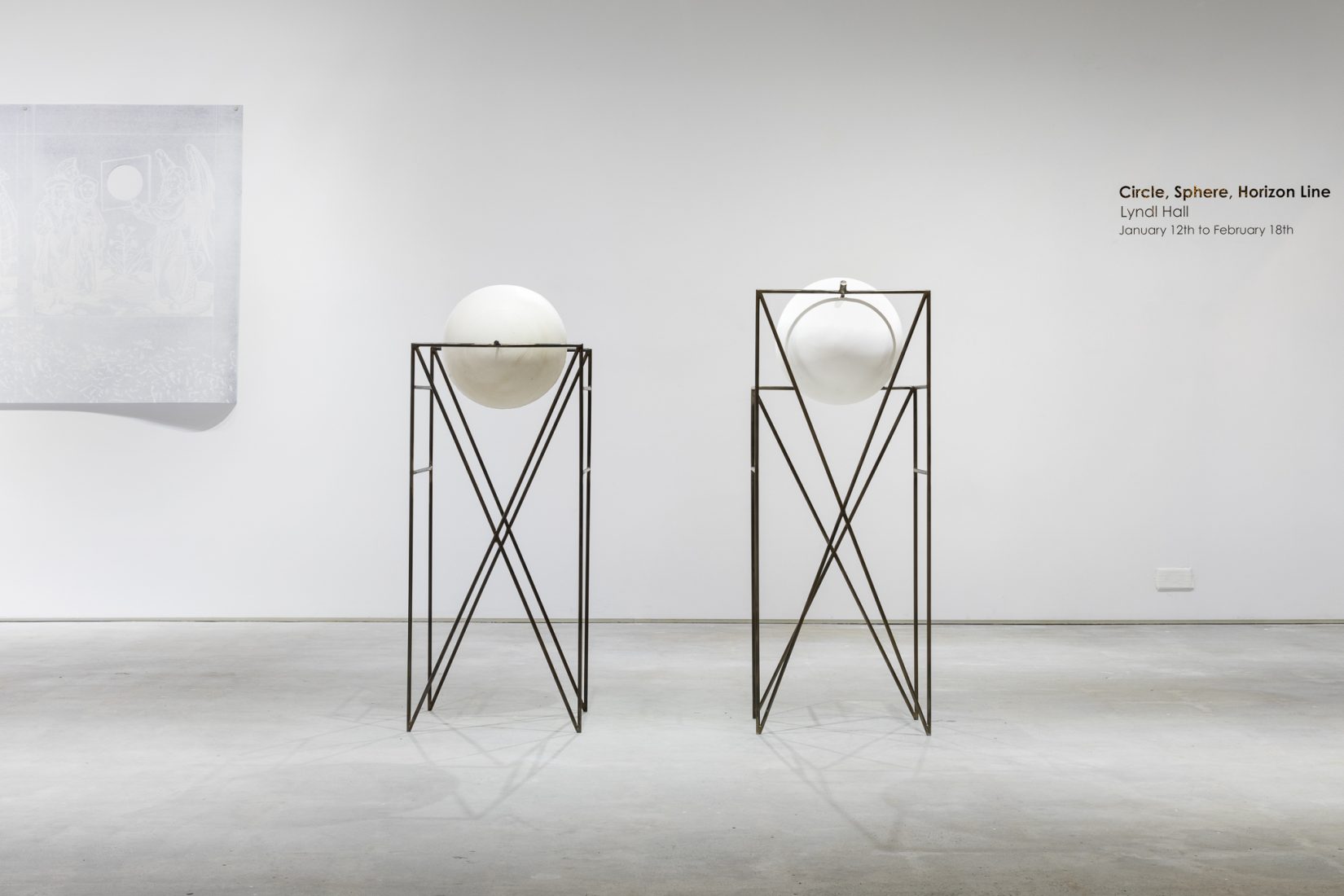 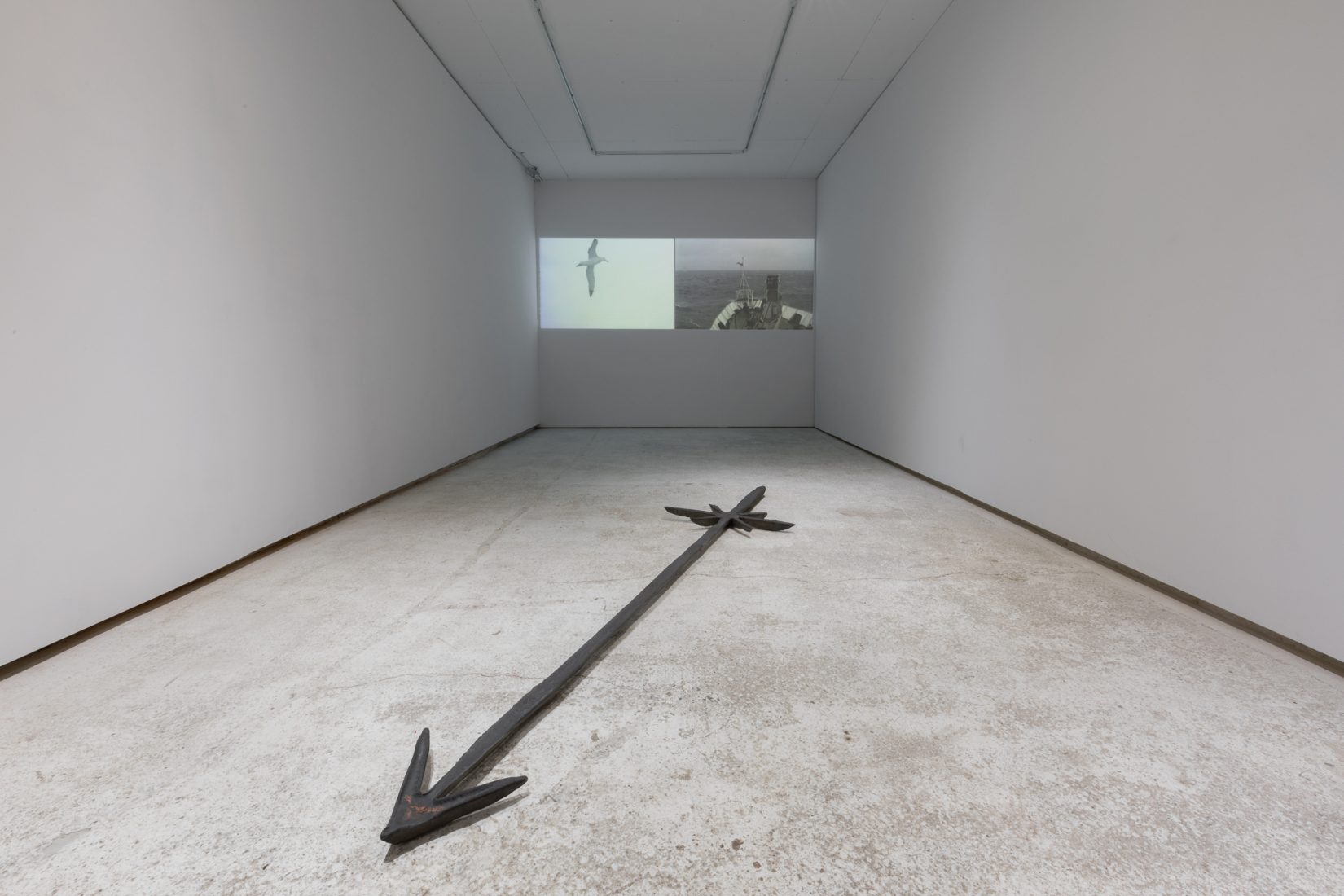 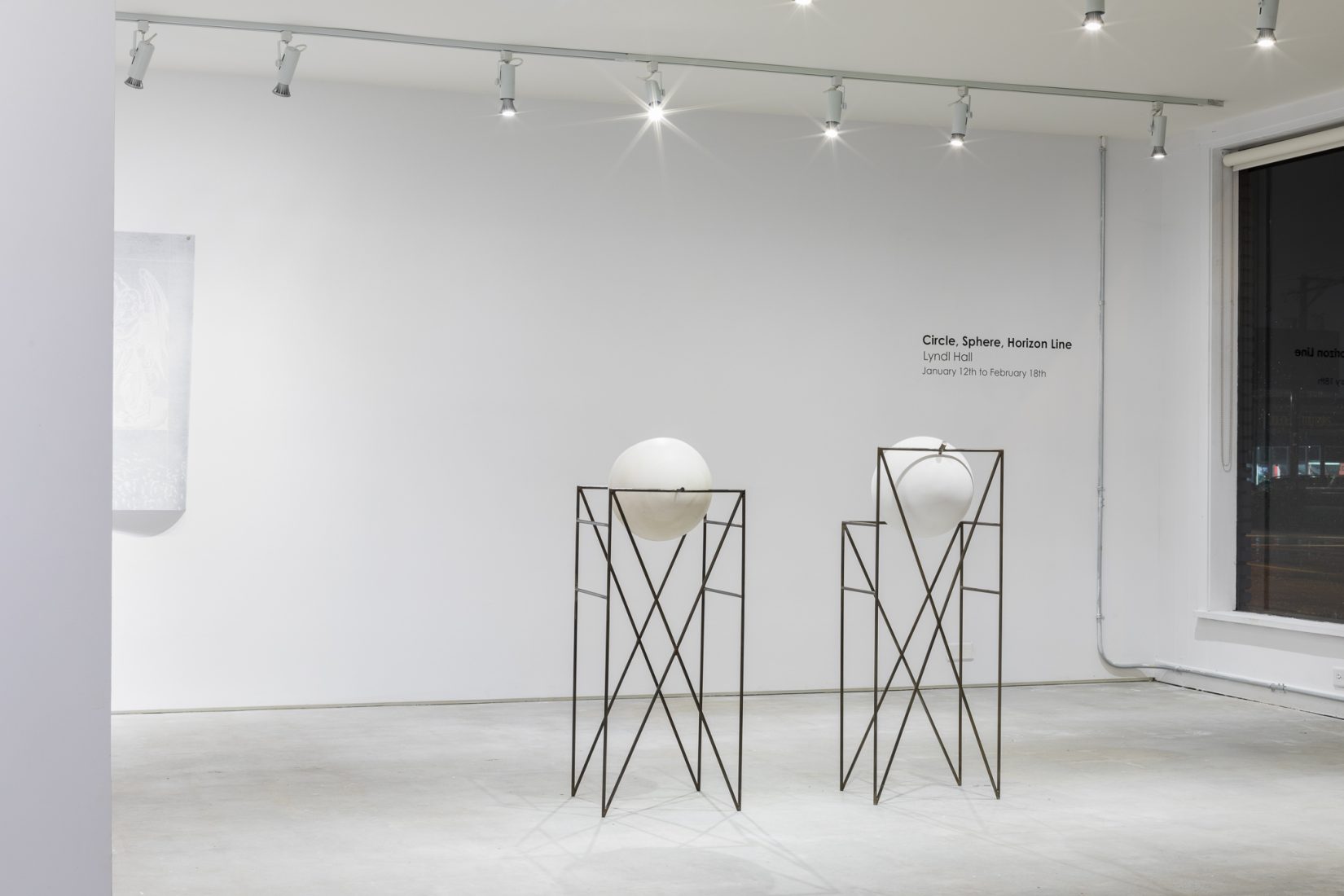 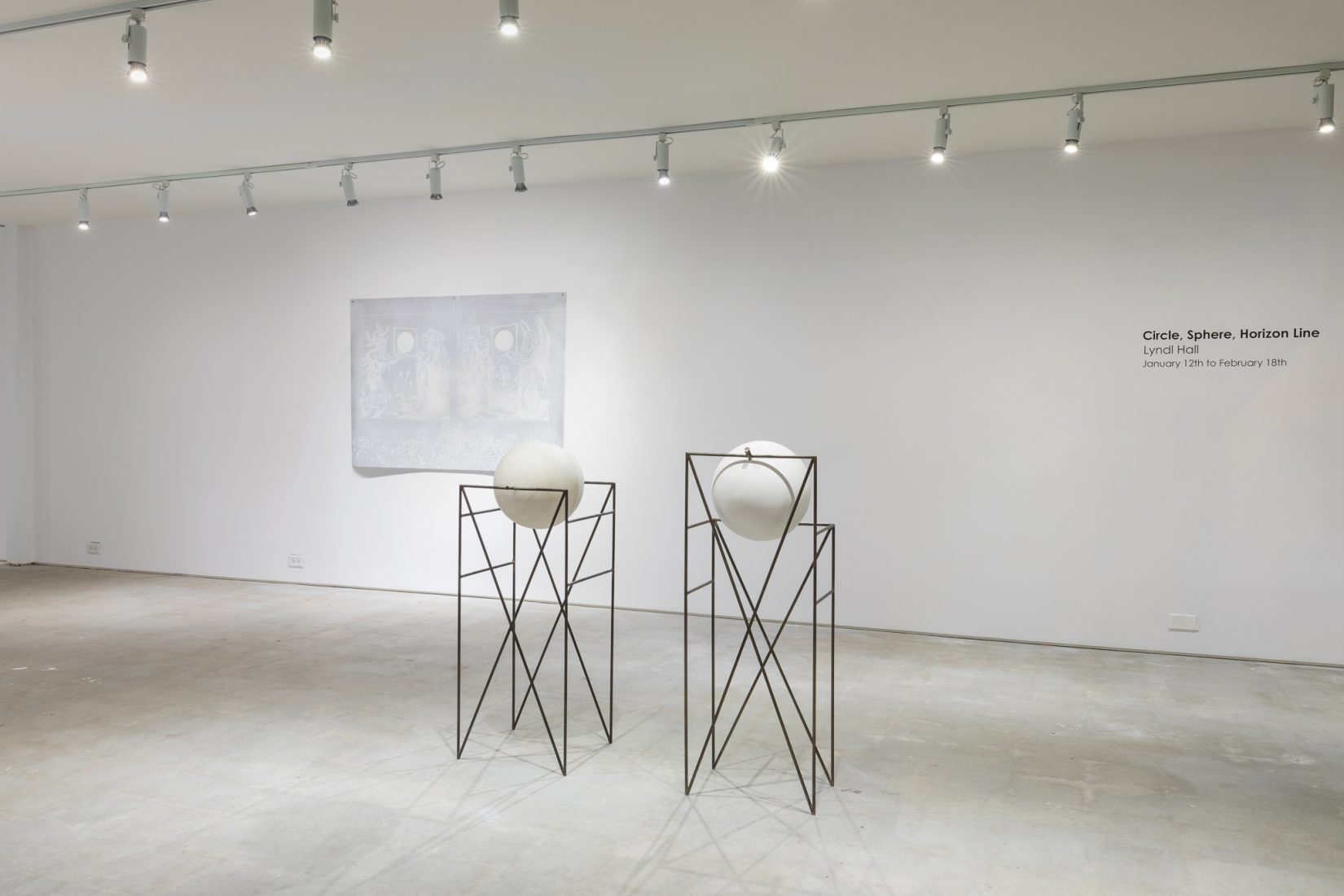 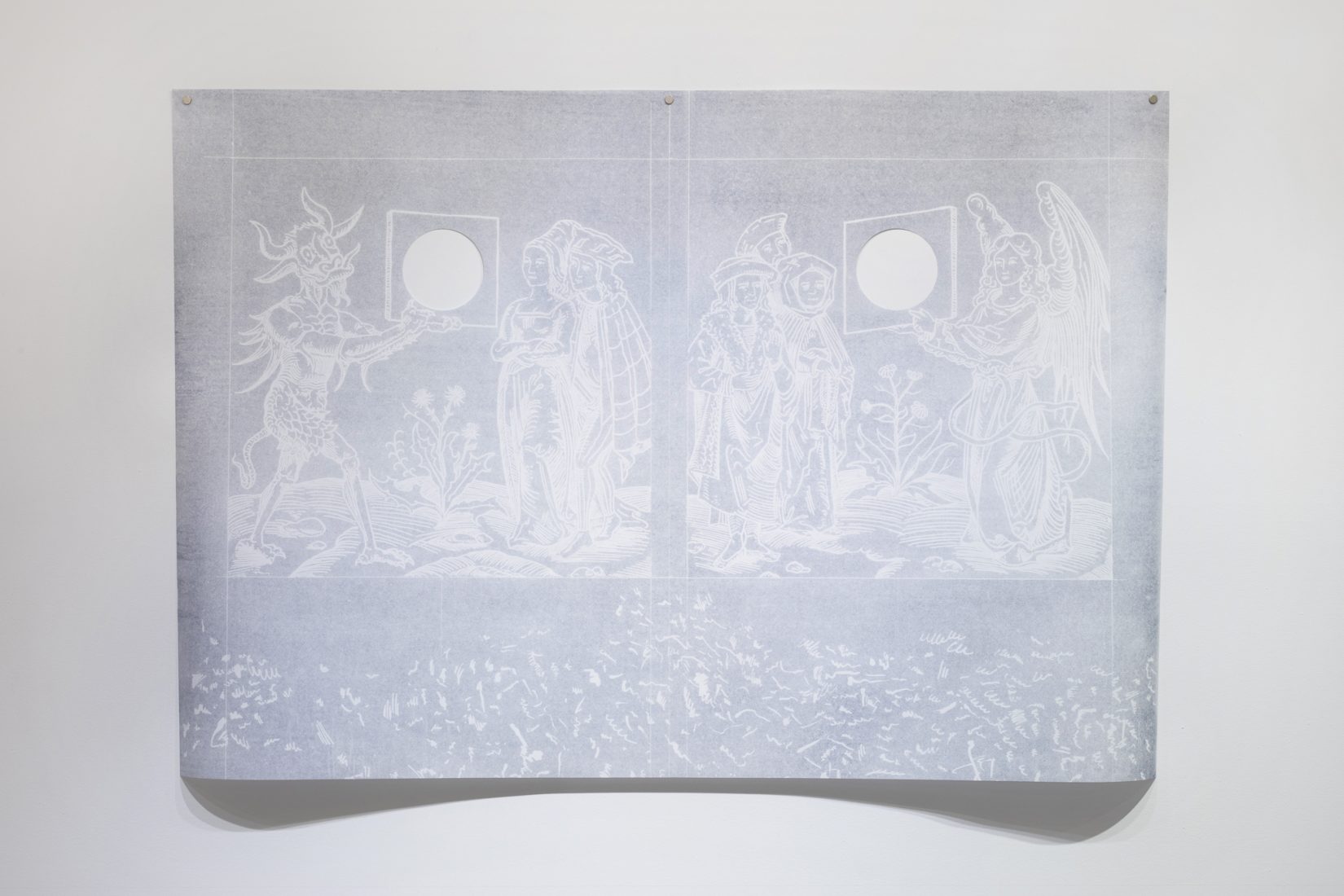 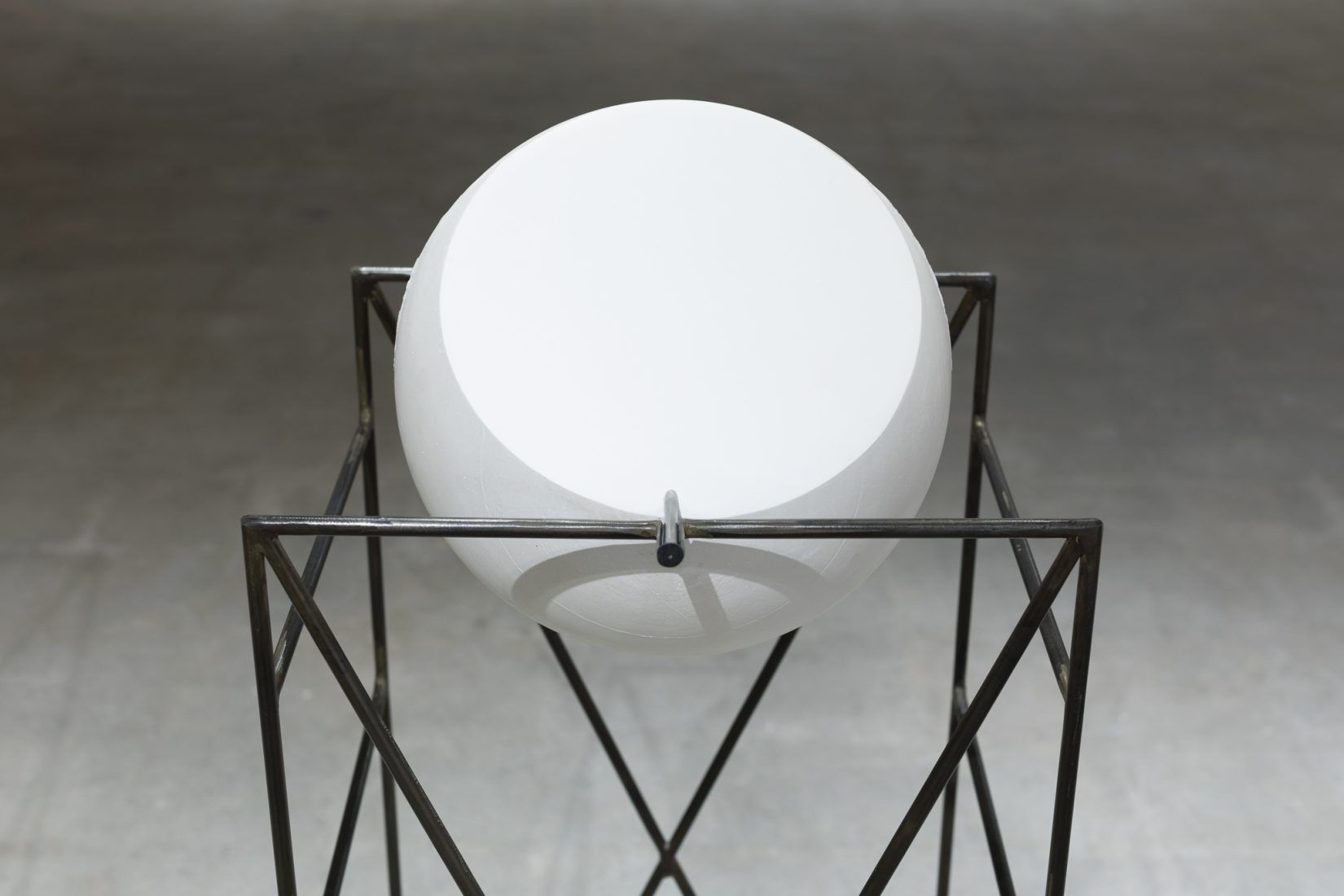 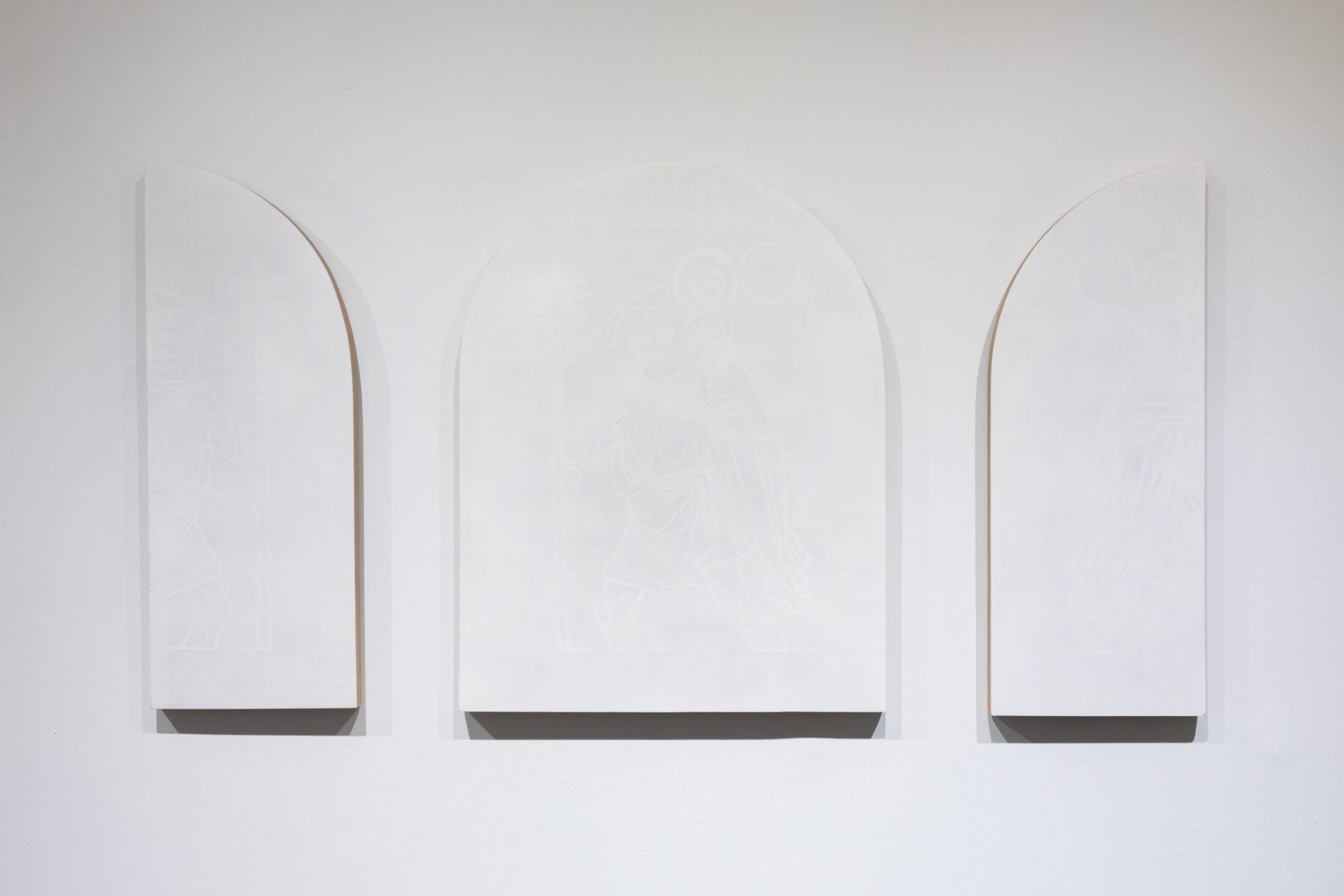 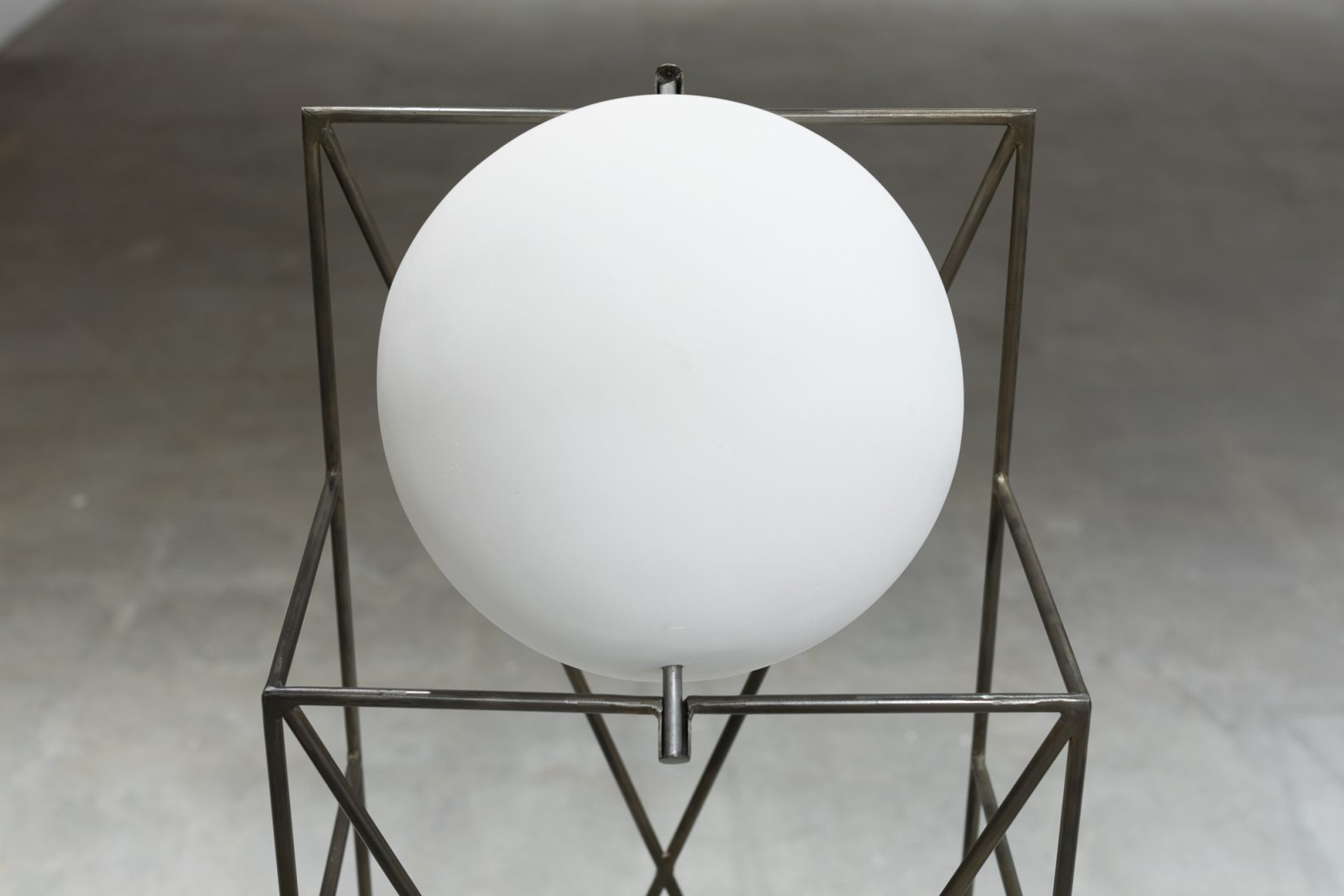 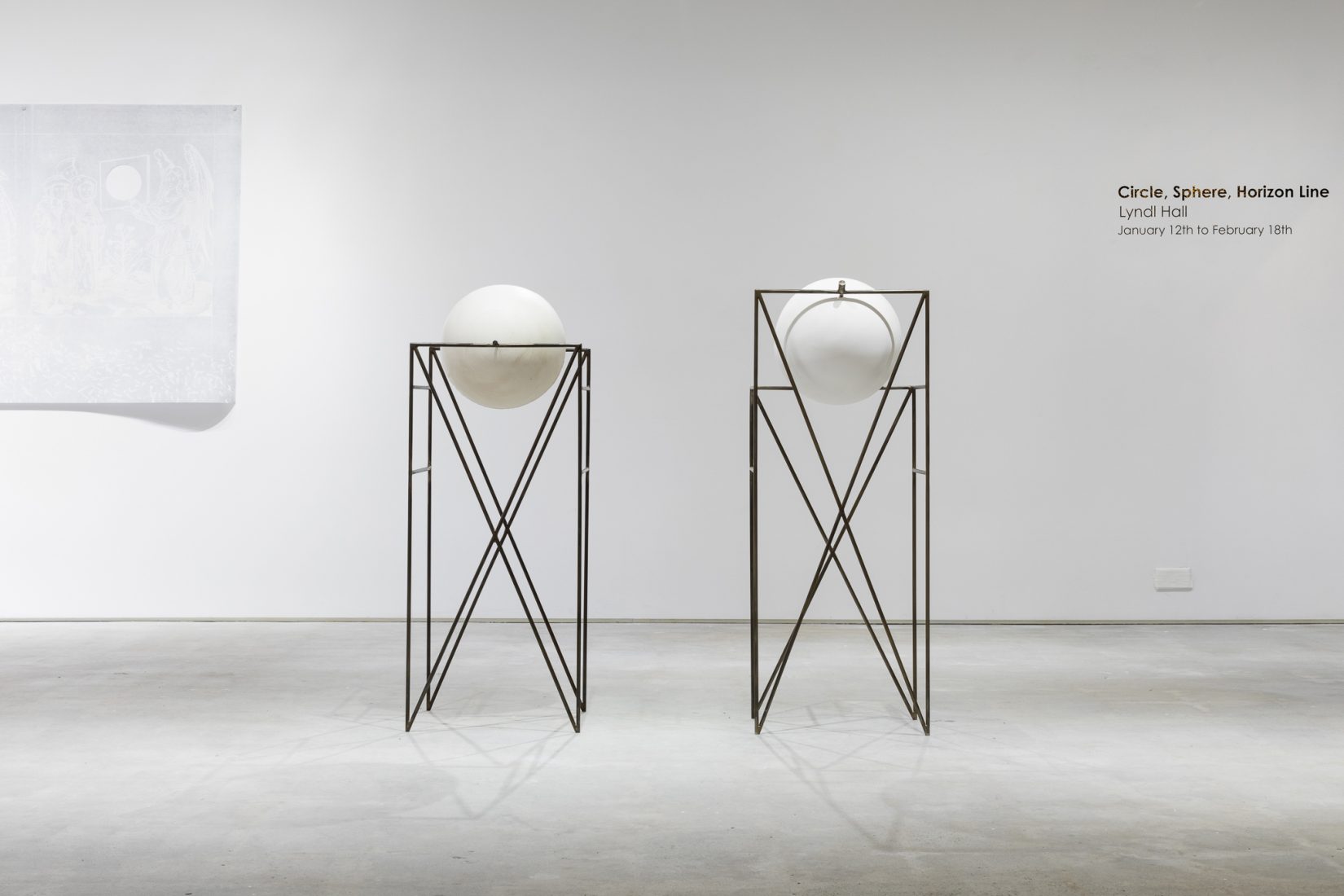 Calgary-based artist Lyndl Hall’s exhibition Circle, Sphere, Horizon Line is the culmination of a long-term interest in geometry, navigation, geography, and cartography, and their associated tools, technologies, and techniques. In this new series of interconnected works including sculpture and video, Hall delves into the age-old history of wayfinding

Hall began the rendering of Arrow—the exhibition’s central work—with the simple gesture of drawing lines in sand with a stick. The resulting recessed furrows were then filled with molten bronze to create a roughly hewn, nine-foot-long arrow, referencing the North-oriented arrow of compasses and maps. Through this rudimentary sand-casting process, Hall reveals drawing as fundamental to her artistic practice, while evoking our dependency on basic systems of orientation that hark back millennia.

Hall explores how the materiality of the world and its surroundings—land, water, skies, planets—is measured and mapped essentially as a series of abstracted lines and circles. In Spheres I and II, two white plaster spheres are balanced on plinths made up of a graphic crosshatching of steel rods. The spherical forms resemble globes, yet as Hall notes, “They remain blank terrains; map-less,” waiting to be filled in. Their soft blankness in conjunction with the cold metallic quality of the support structures call to mind the human imperative to explore and comprehend our surroundings and the imperialist drive to control, contain, and colonize land.

Hall moves away from abstracted forms in Birds/Boat, using found video footage gleaned from a relative’s past research trips to Antarctica. Birds/Boat comprises a split screen, concurrently offering two very different perspectives. On one side of the screen, the camera struggles to follow the flight of an albatross bird as it flutters from side to side in the wind. On the other, a boat’s bow cuts through ocean waters, straining to keep an even keel in turbulent seas. Side by side, the respective footages subtly evoke the conflicting existential desires of wanting on the one hand to stay on course and move forward, and on the other hand to be free, go off track, venture towards new horizons.

Finally, Hall shifts bearings from the scientific thrust of the video toward the symbolic in a triptych titled Votive, comprising white gesso-covered panels featuring a drawing from the life of Saint Christopher, the patron saint of travelers within Christian iconography. Votive references the story of Saint Christopher carrying the Christ child across stormy waters to shore. Although his ability to protect and shelter humanity is debatable, his likeness as a talisman continues to be superstitiously carried by mariners and others embarking on voyages.

What lies ahead? Which path should I take? What mark will I leave behind? Such questions reverberate throughout Circle, Sphere, Horizon Line. Drawing from various navigational conventions, Lyndl Hall’s quietly poetic exhibition invites viewers to reflect on their own place in the world through a configuration of artworks which serve—as she evocatively describes—as “directional signposts” and “touchstones to steady the body in an uncertain world.”