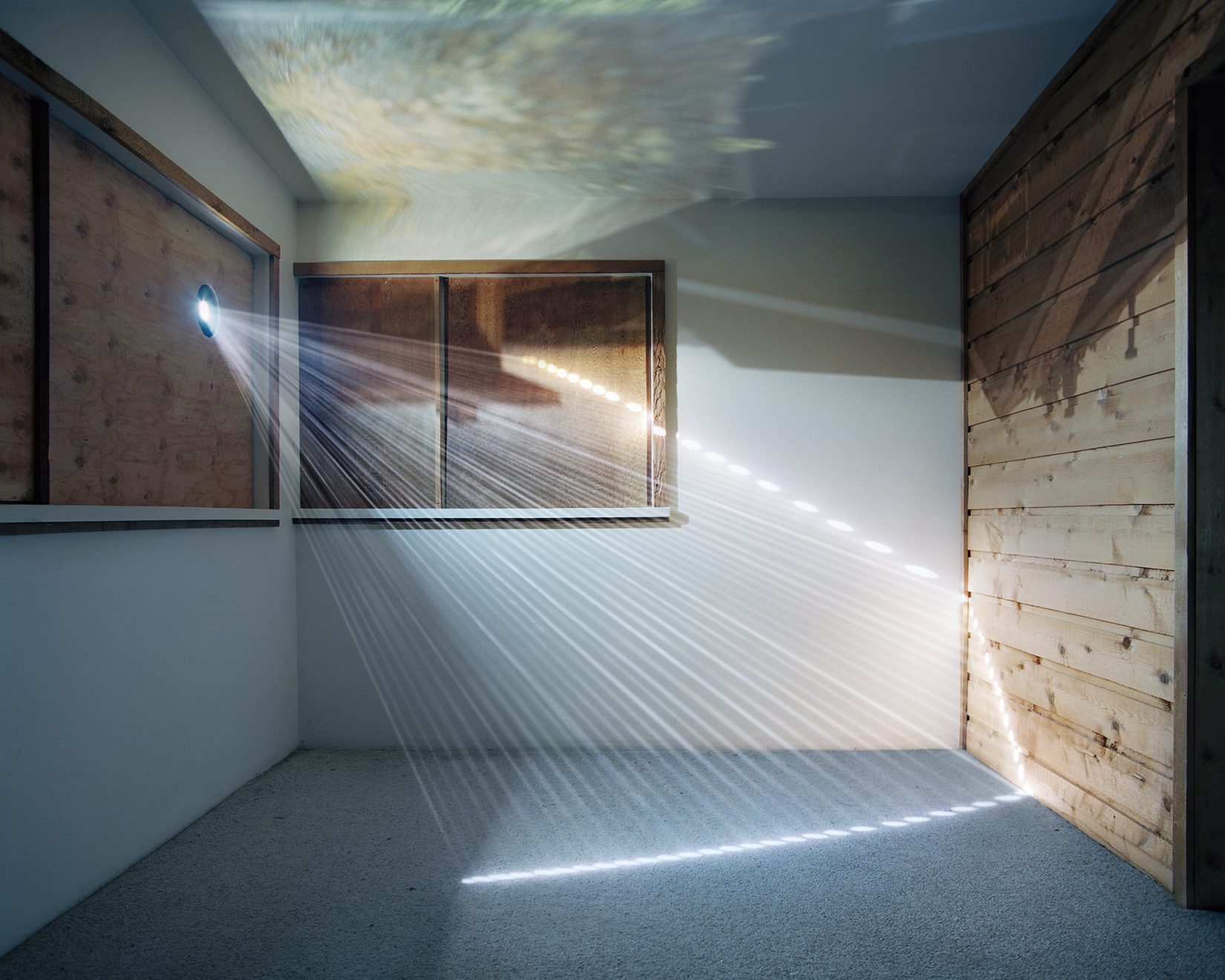 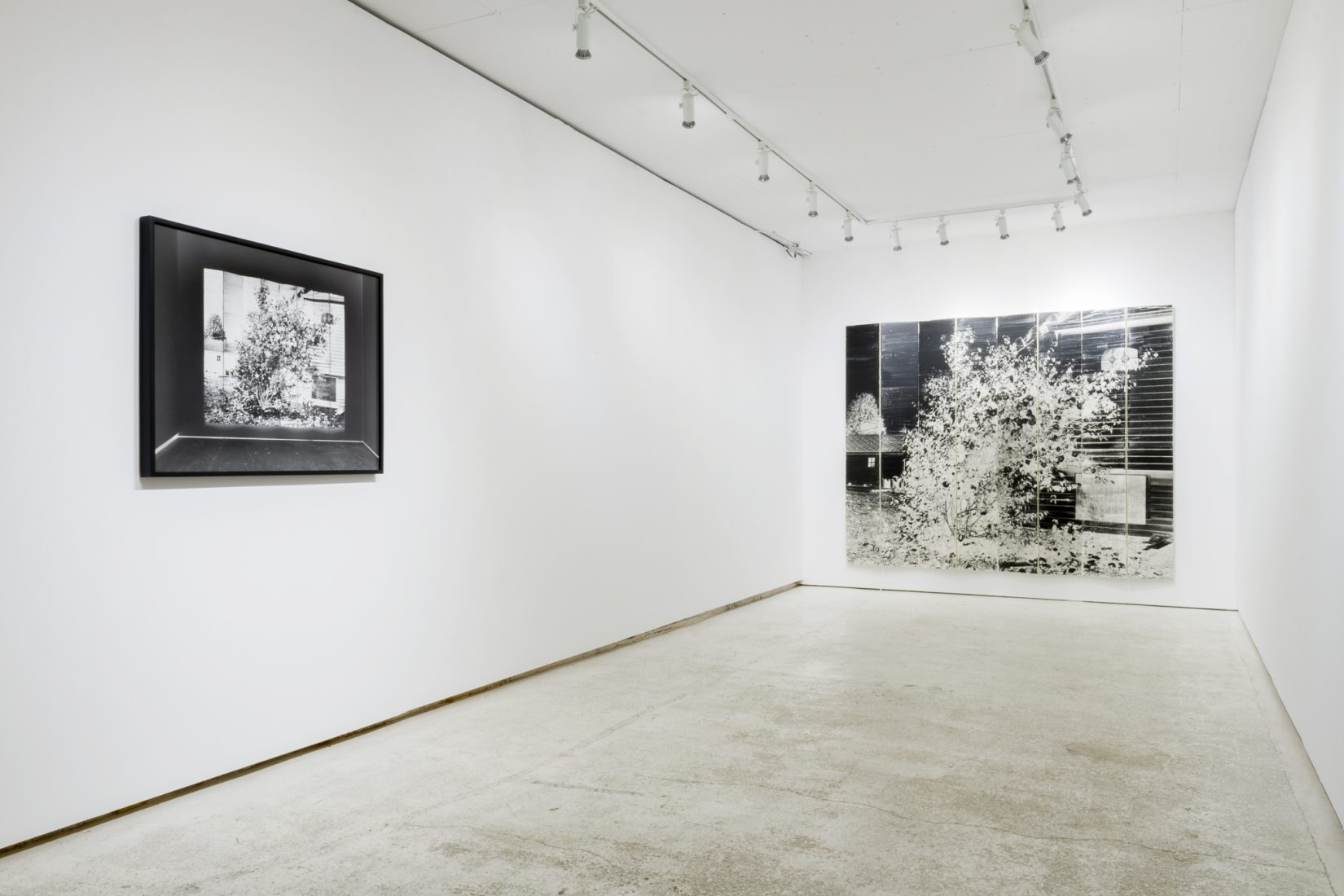 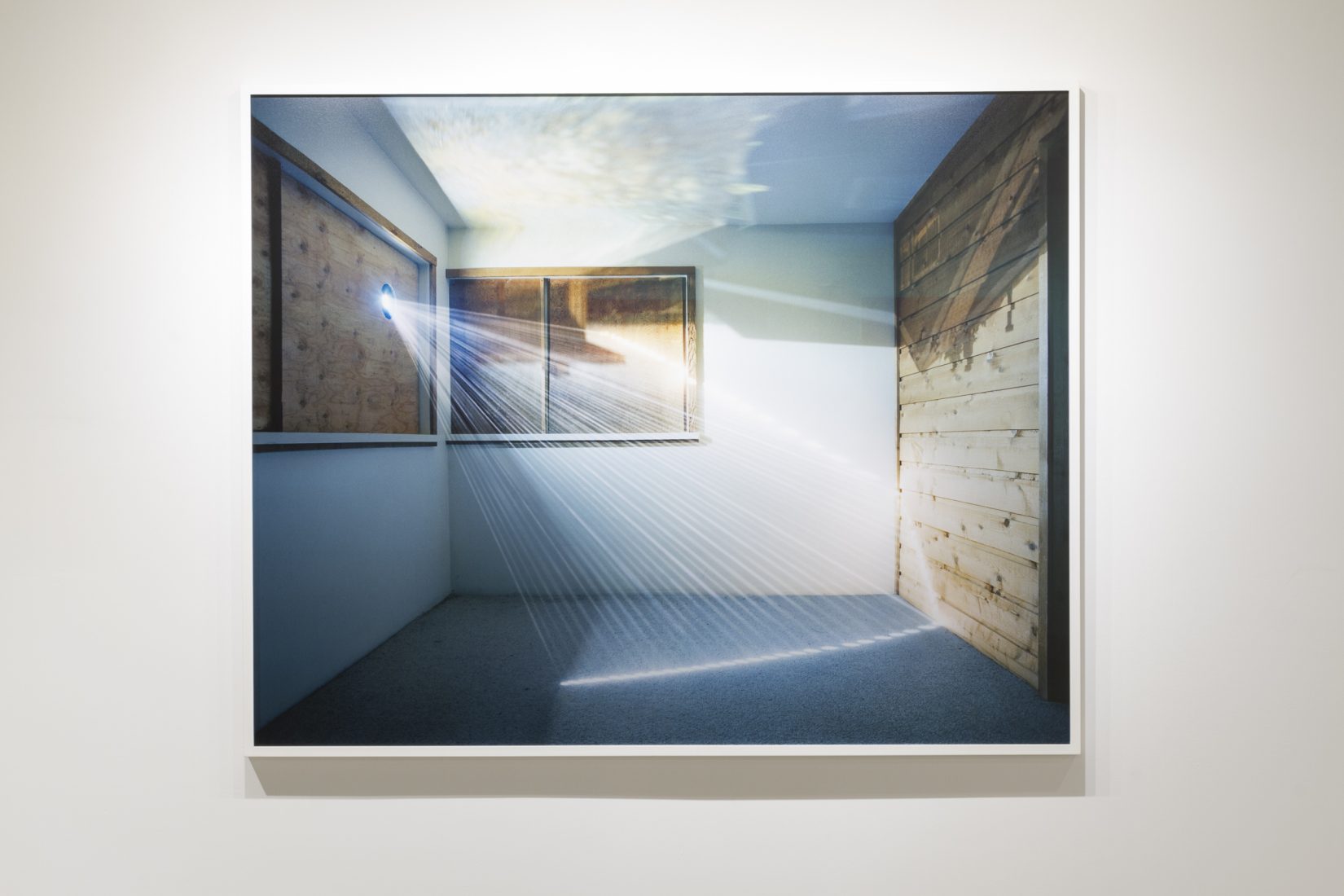 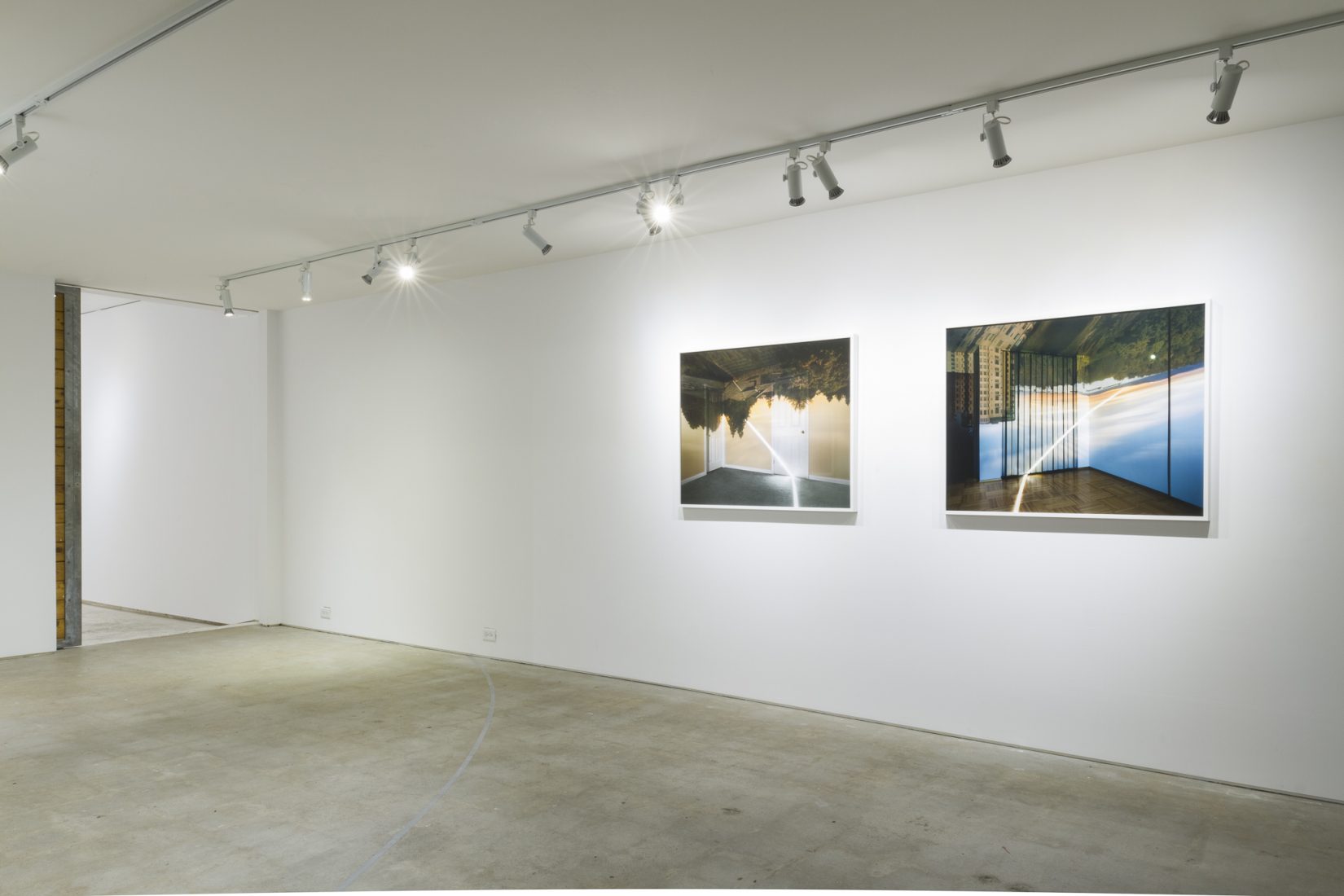 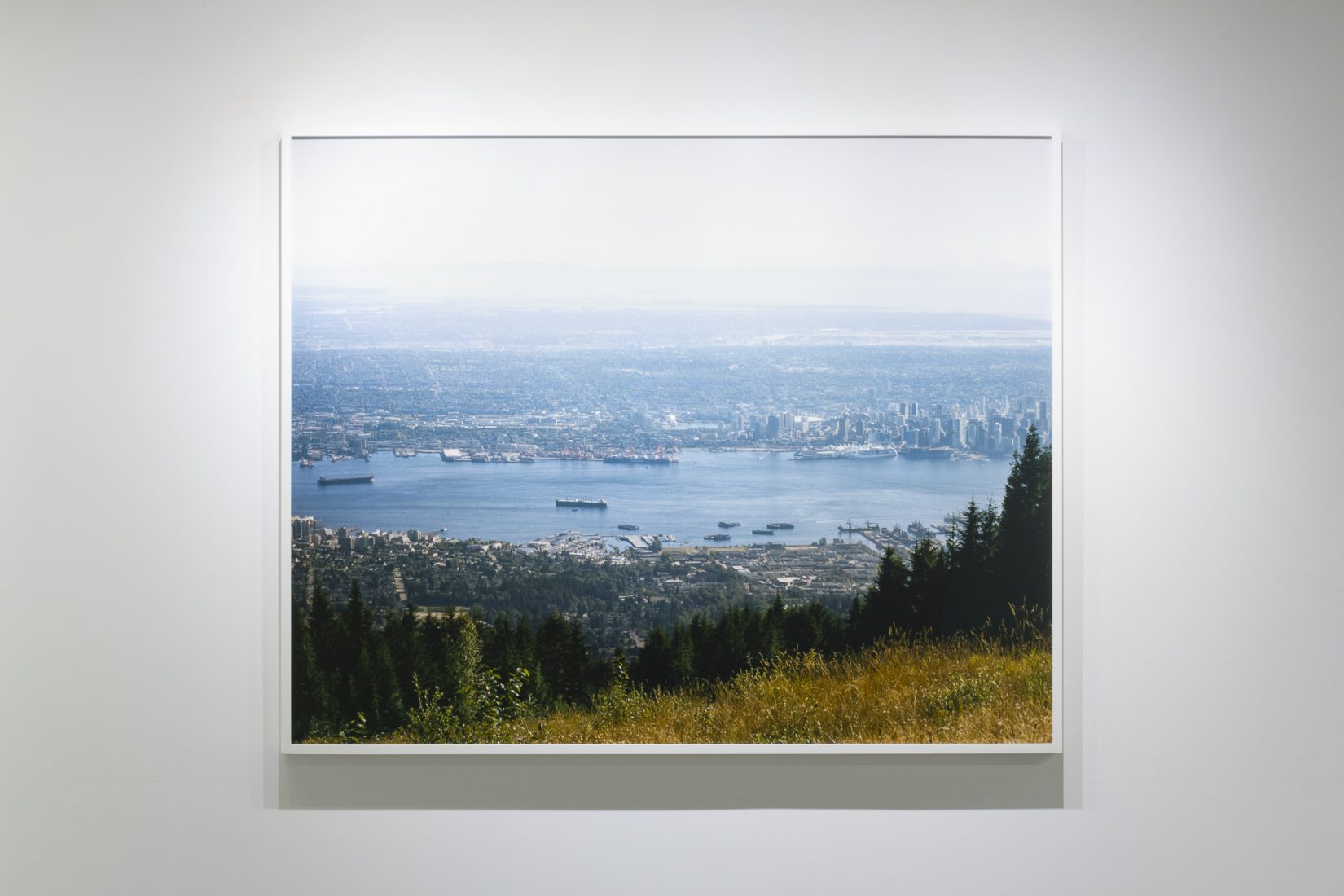 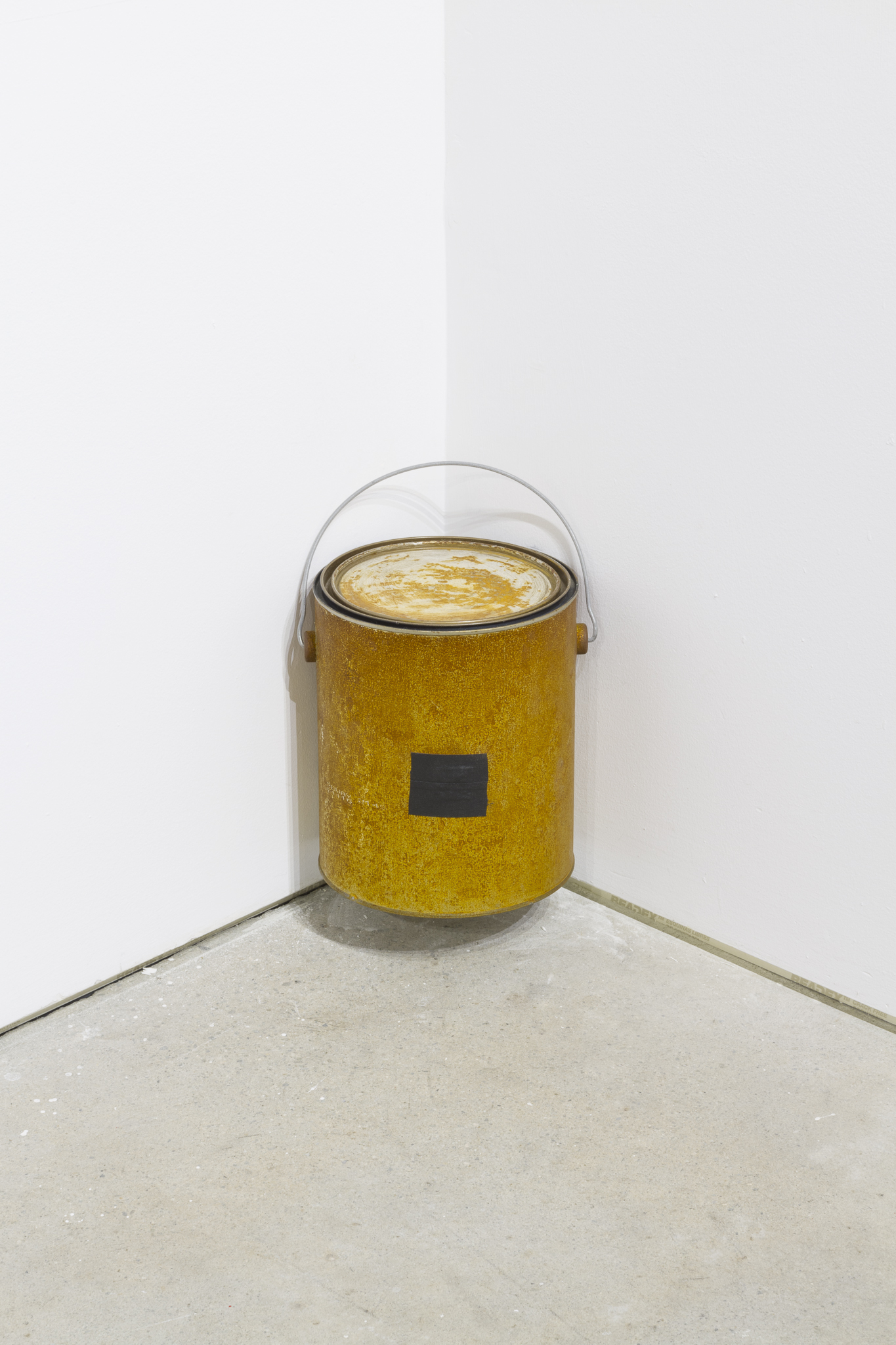 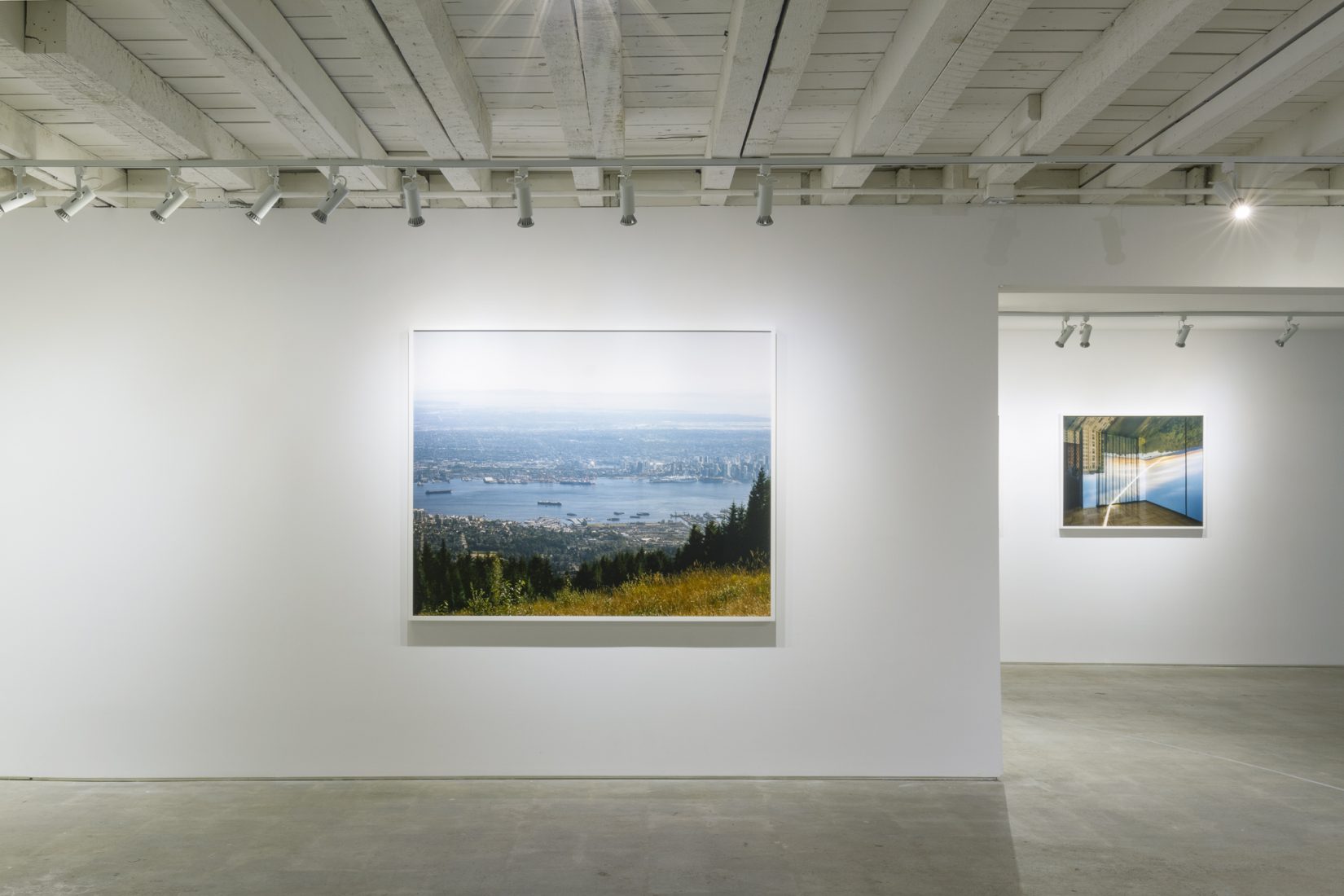 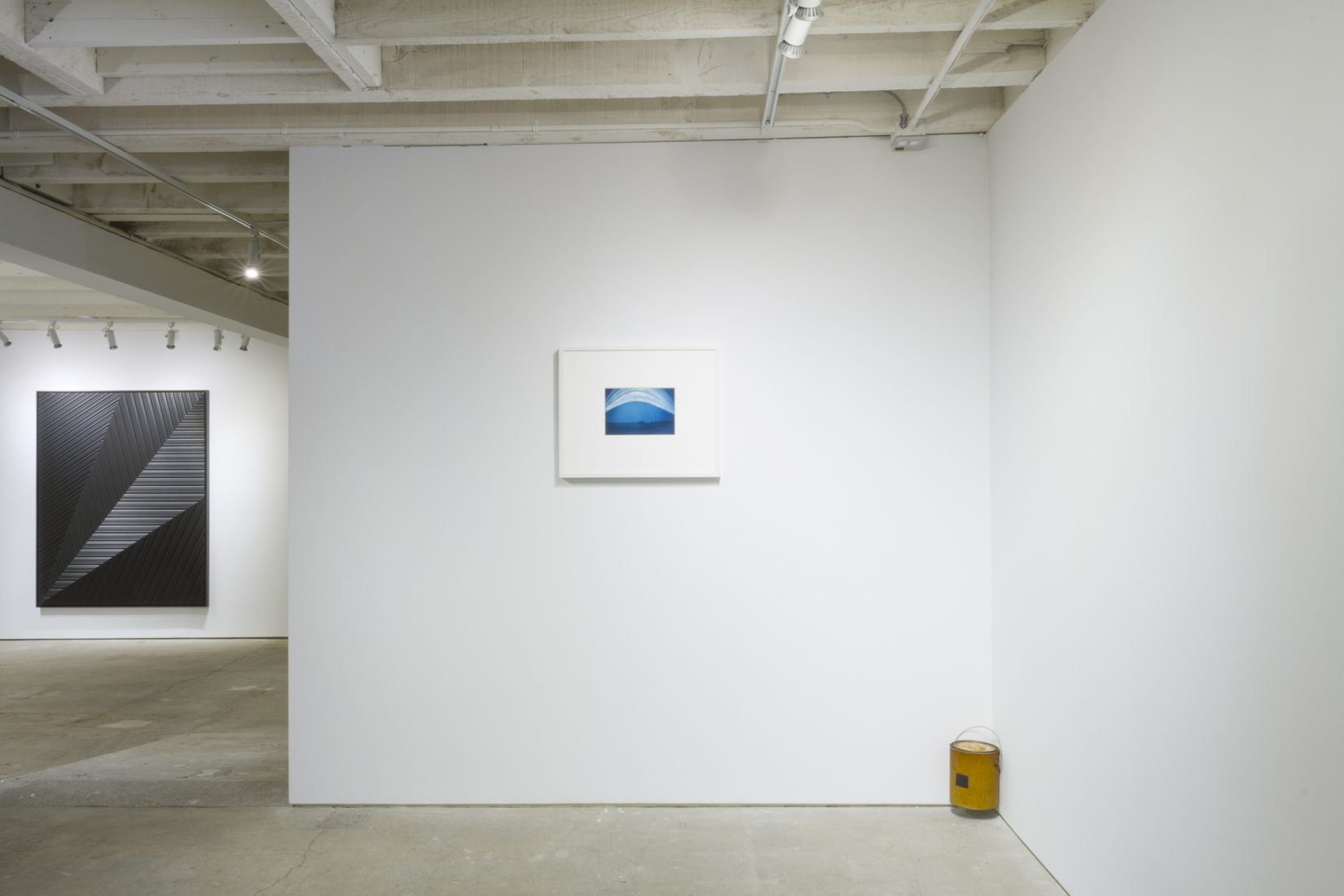 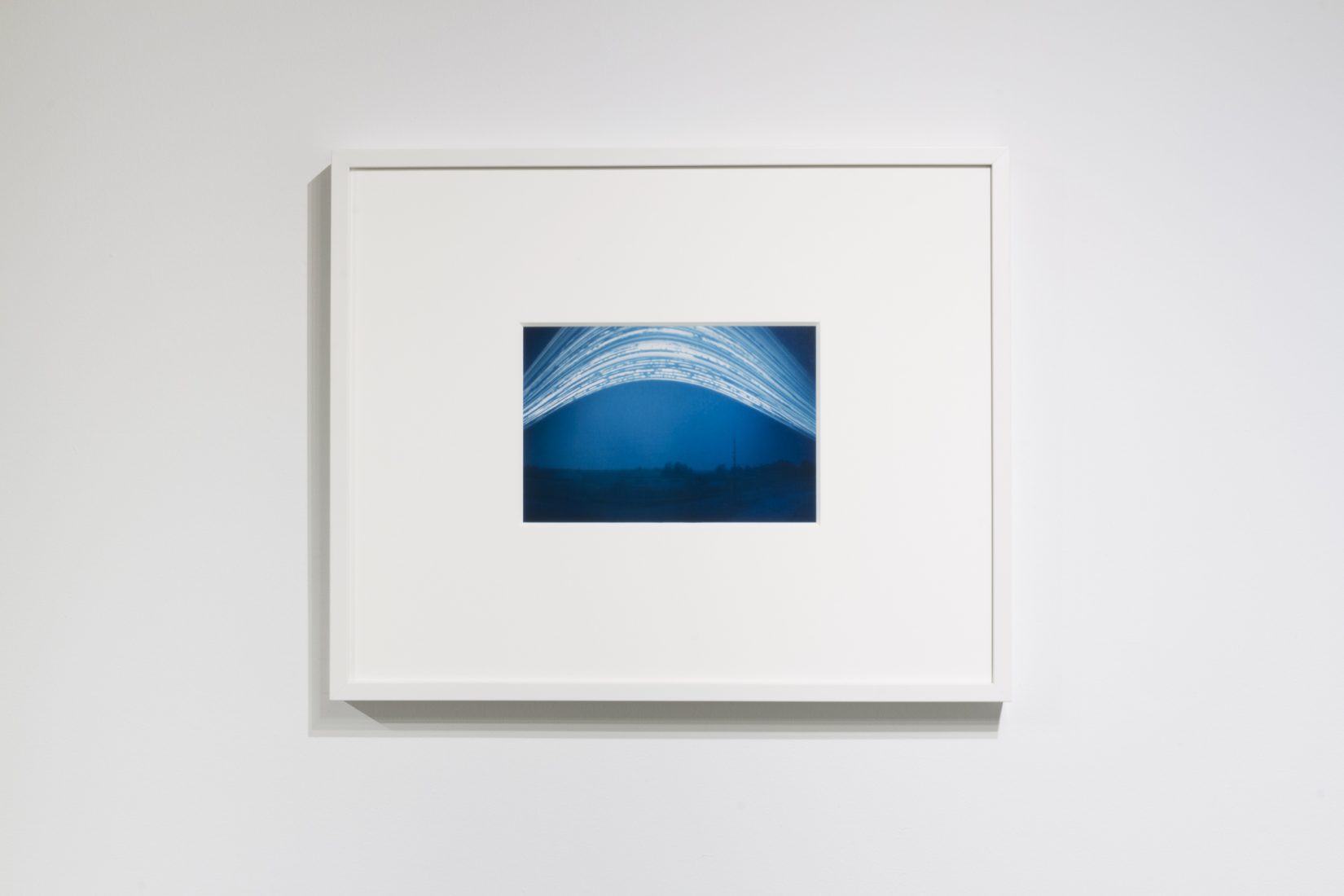 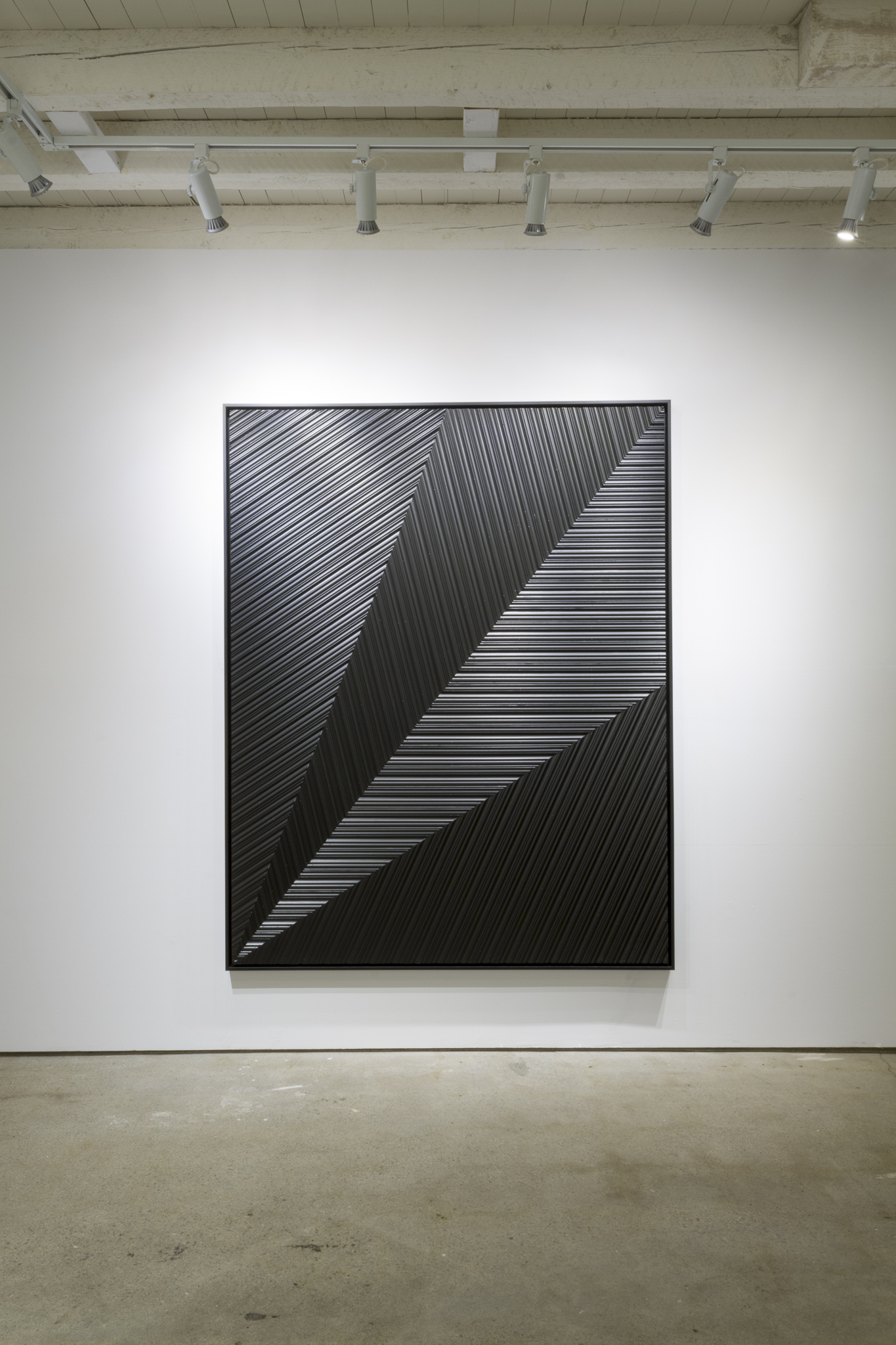 Ascensions of Time explores our relationships with architecture, illumination, and time in ways that are at once physical and metaphorical. The exhibit is domiciled in a familiar armature of walls, floors, and portals: the specific space of an art gallery. We discover how light can bring architecture into being, defining its interior and exterior. Light draws out days and spaces for us. All the works gathered here speak to time as we perceive it and as it is measured out celestially. They deploy a spectrum of photographic technologies both old and new that encourage us to think through the paradox that architecture can be an extended photograph made by light in a room, or that photographs can be sculptural rather than flat images mounted on a wall. Each work functions as a station for our contemplation of how light in and on architecture also tracks time, not in the well-known sense of a building’s decay or the unfolding of styles, but because architecture is an apparatus that expands photography both spatially and temporally. Nizam asks how architecture embodies time, what architectural time is and feels like.

Sunpath (September Equinox) traces the arc the sun’s light would draw in the gallery on September 22nd, 2016. Nizam’s thinking for this exhibit began with this work and it is the first we see. While there are many paths through this exhibit, we necessarily begin here and move through the layers of a spatial model presented throughout the gallery. Formatted diagrammatically in BluePrint, on the floor Sunpath (September Equinox) is the largest piece in its dimensions and implications. Nizam’s use of light- and angle-dependent reflective glass nanospheres for this tapering crescent ensures that, from some angles, this line is invisible. Like us, it is completely reliant on light. It probes what we can see or know. Solargraph (View From Studio) is closely related but reversed: it describes how light makes architecture through time, outside instead of inside and apart from this exhibit. Nizam used time lapse photography to show not only the changing arc of the sun’s light from the start of the summer equinox until the exhibit’s opening but also to transform these accumulating lines into forms that we can construe as the facades of solid architecture. Yet these buildings across from the artist’s studio are made only of light.

In From Sunrise and To Sunset, we witness how architecture captures light and how an image that records this six-hour path can help us to see the very medium that supports our sight the first place. We might say the same about galleries and indeed art: we need both to help us see. Crucially for Nizam, these works are silently performative; he stayed in the room for the duration of the exposure. Abstracting individual vectors from the continuous registration of light on a wall and floor that make up the final shape he recorded in Frieze, Nizam plotted Moulding as a projection and reification of these lines. A play on an architectural framing element and on the notion of shaping form, Moulding pauses the durational process of defining shape and form via light. It is solid in the gallery, but its dimensions are taken from the evanescent articulations of beams of light in rooms as these define the relief of a moulding, for example. Mouldings become shadow machines.

Thoroughly but never didactically, Nizam scrutinizes dimensions of our telluric existence in terms of the physical, perceptual, and technological interiority that defines us. While he does not show people, his work is intimately concerned with our ways in the world, with the spaces and temporalities that we inhabit. His use of the camera obscura in Negative Relief and Positive Ground underlines the deep-seated link between image making and our sense of inverting figure and ground. The philosopher John Locke described the mind as the “dark room” of the understanding, a “closet, wholly shut from light, with only some little openings left, to let in external visible resemblances….” Nizam makes this observation contemporary in Negative Relief, which repurposes closet doors as a screen. As furniture, it divides the room. It also presents an image screen, a receptive surface for a neighbourhood scene captured by a camera obscura and printed in the characteristically inverted format on this piece of portable, domestic architecture. Nizam memorably calls this form a ‘sculptural Polaroid,’ upsetting art categories by intimating its everyday qualities, its dimensionality, yet also its evanescence. Positive Ground is the child of Negative Relief: while a screen must have positive and negative relief to stand up, ‘negative’ here also refers to the photographic negative of the camera obscura image that Nizam affixed to the zig-zag surface. Using negative film to photograph this screen, he creates a positive that is nonetheless anything but a copy or replica. It is a version, a relative. To suggest its difference, Positive Ground is framed and wall mounted.

It is unusual and highly satisfying to encounter a suite of works that evolve so directly from elemental ideas and relationships. Ascensions of Time would be complete in its exploration of light, time, and architecture had Nizam presented Sunpath (September Equinox) alone. Yet the ramifications added by each of the other works in the exhibit contribute layers of complexity and engagement for each viewer. We are accustomed to treating architecture as solid, semi-permanent, and dependable. Nizam, however, reveals that buildings are in significant measure made of time and light, evanescent dimensions that we may unconsciously choose to ignore or rationalize into permanence in our everyday lives. He does not work with physical structures for their own sakes: instead, he creates what he calls ‘time buildings’, works that make time visible through architecture and construct ‘buildings’ in and of time. He challenges us to see and trust these constructions of time and light in new ways.

Essay by Mark A. Cheetham

James Nizam is a Canadian artist based in Vancouver. His practice investigates photography within an expanded field of the sculptural and seeks to unveil the possibilities for the photographic image to activate space. He has exhibited in Canada and internationally, most recently at Galerie Clement and Schneider in Bonn, Musée Regional de Rimouski and Dazibao in Quebec, Kunst Im Tunnel in Dusseldorf, The Sharjah Art Museum in the United Arab Emirates, and the Vancouver Art Gallery in Vancouver. He has forthcoming exhibitions at Fotogalerie Wien in Austria, and REITER Galerie in Berlin. Nizam holds a BFA from the University of British Columbia and is represented by Birch Contemporary in Toronto, Reiter Galerie in Leipzig, Berlin, London, and Gallery Jones in Vancouver.

Mark A. Cheetham has published extensively on historiography and art theory, abstract art, and art in Canada. A Guggenheim Fellow, he has also received writing and curatorial awards from the College Art Association of America and the Ontario Association of Art Galleries. His book Landscape into Eco Art: Articulations of Nature since the ‘60s will appear with Penn State UP in 2017. He is a professor of art history at the University of Toronto.