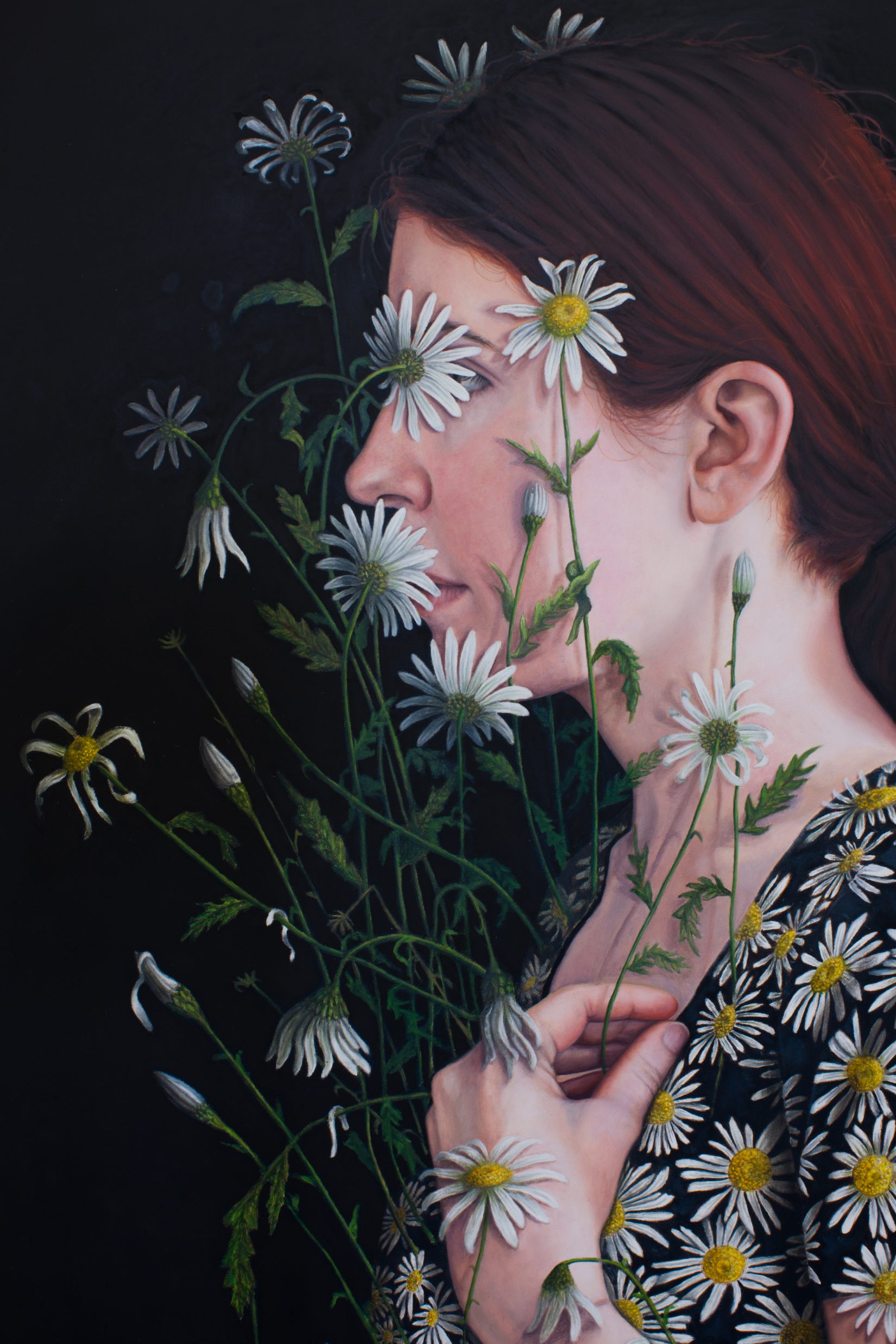 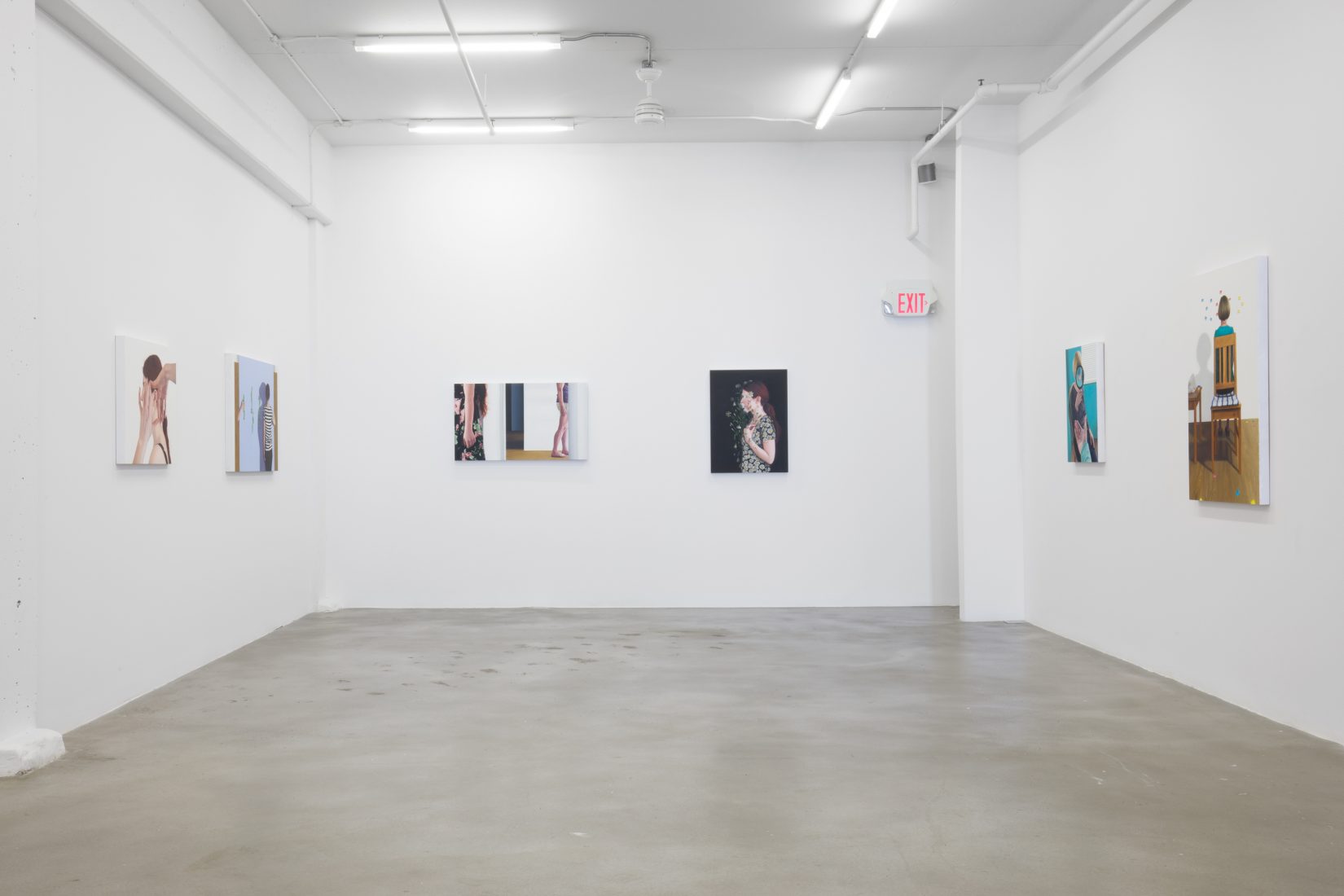 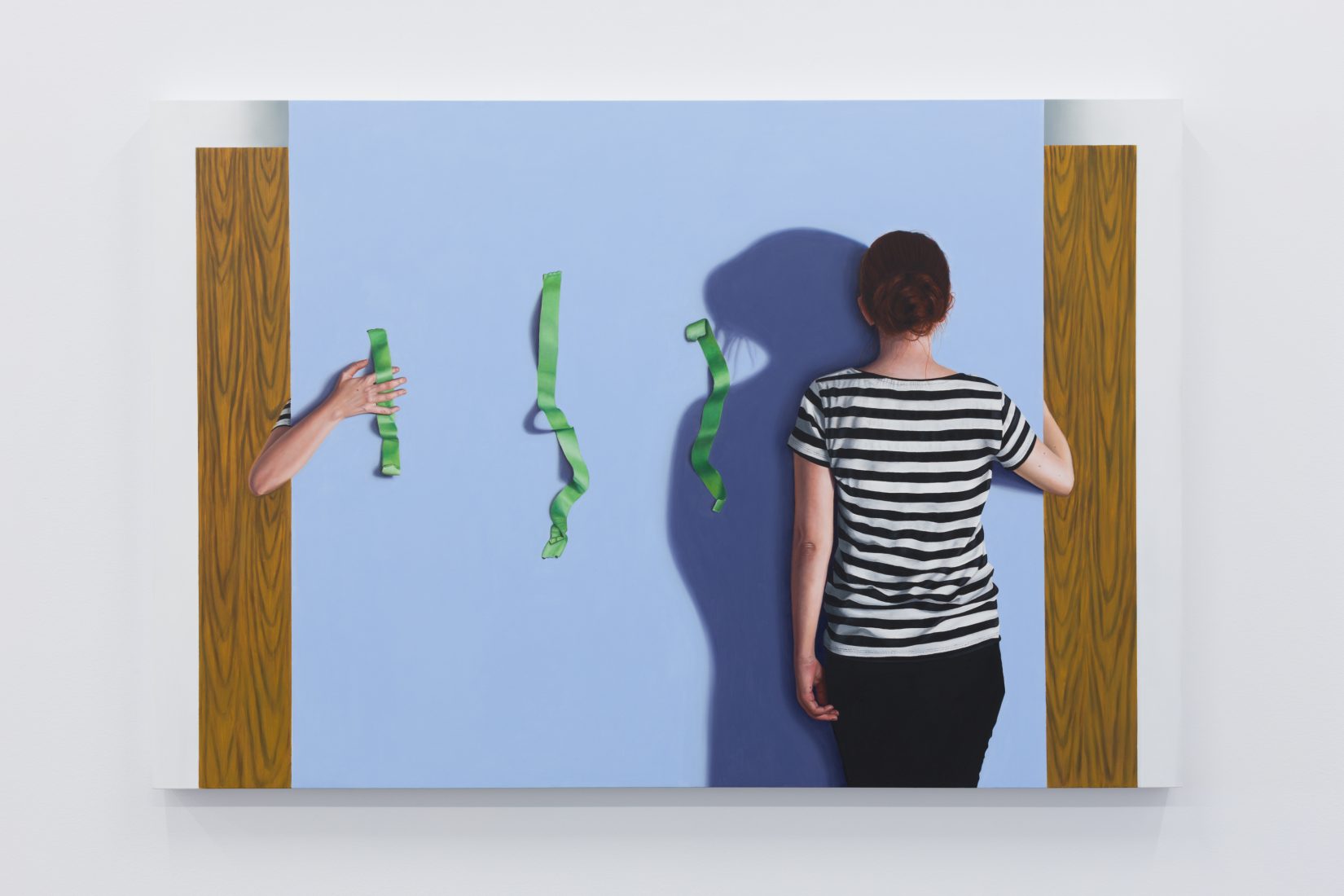 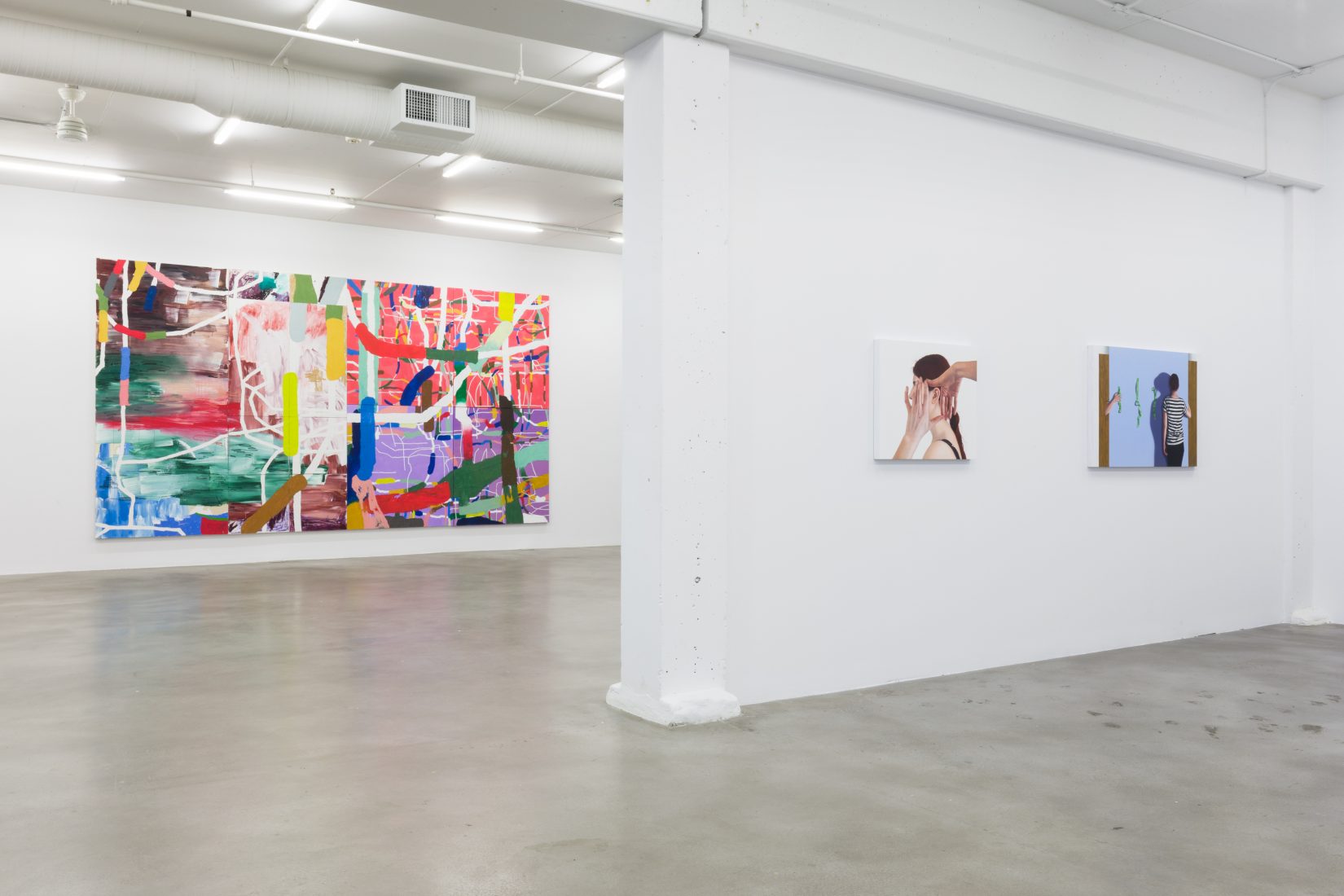 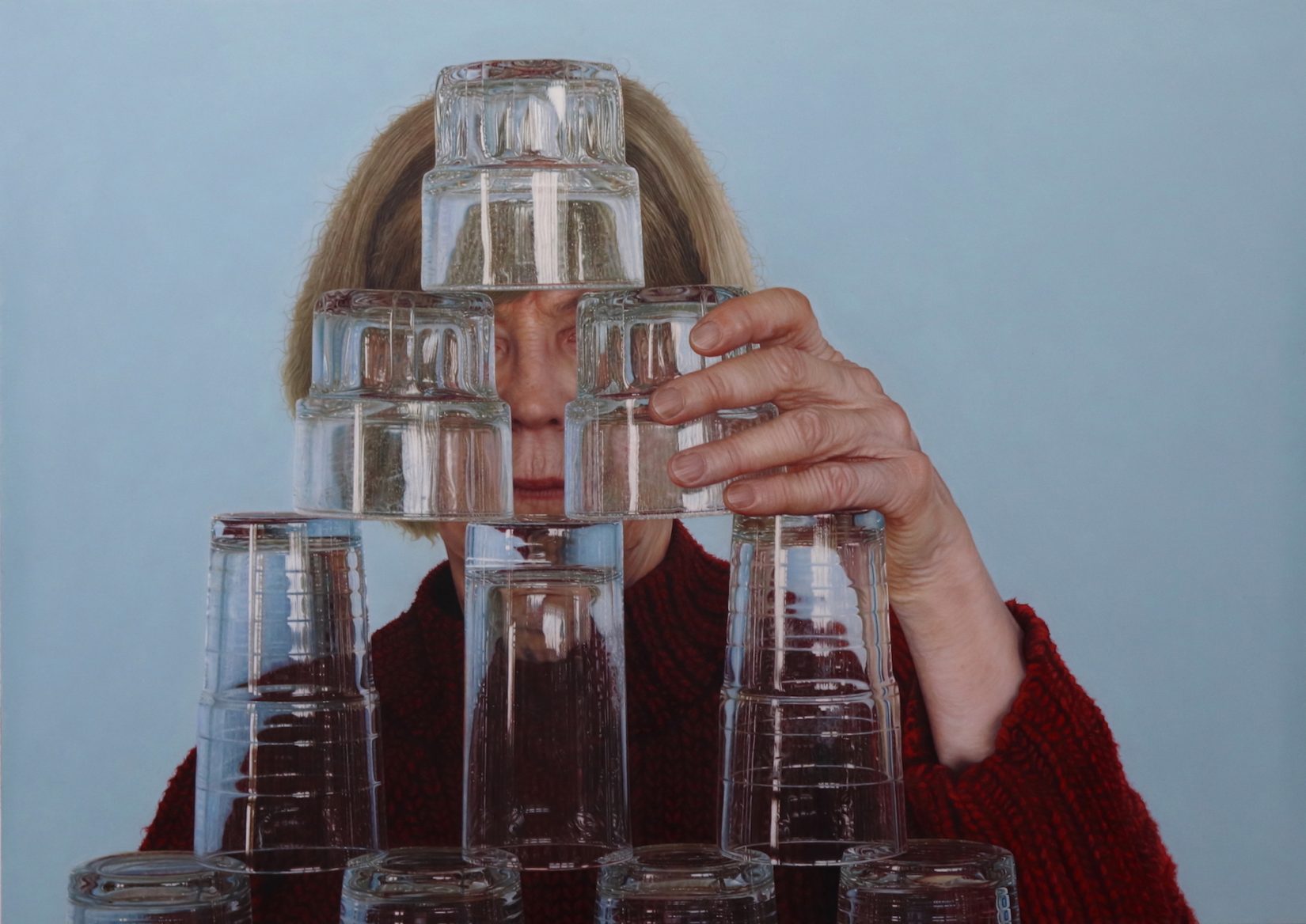 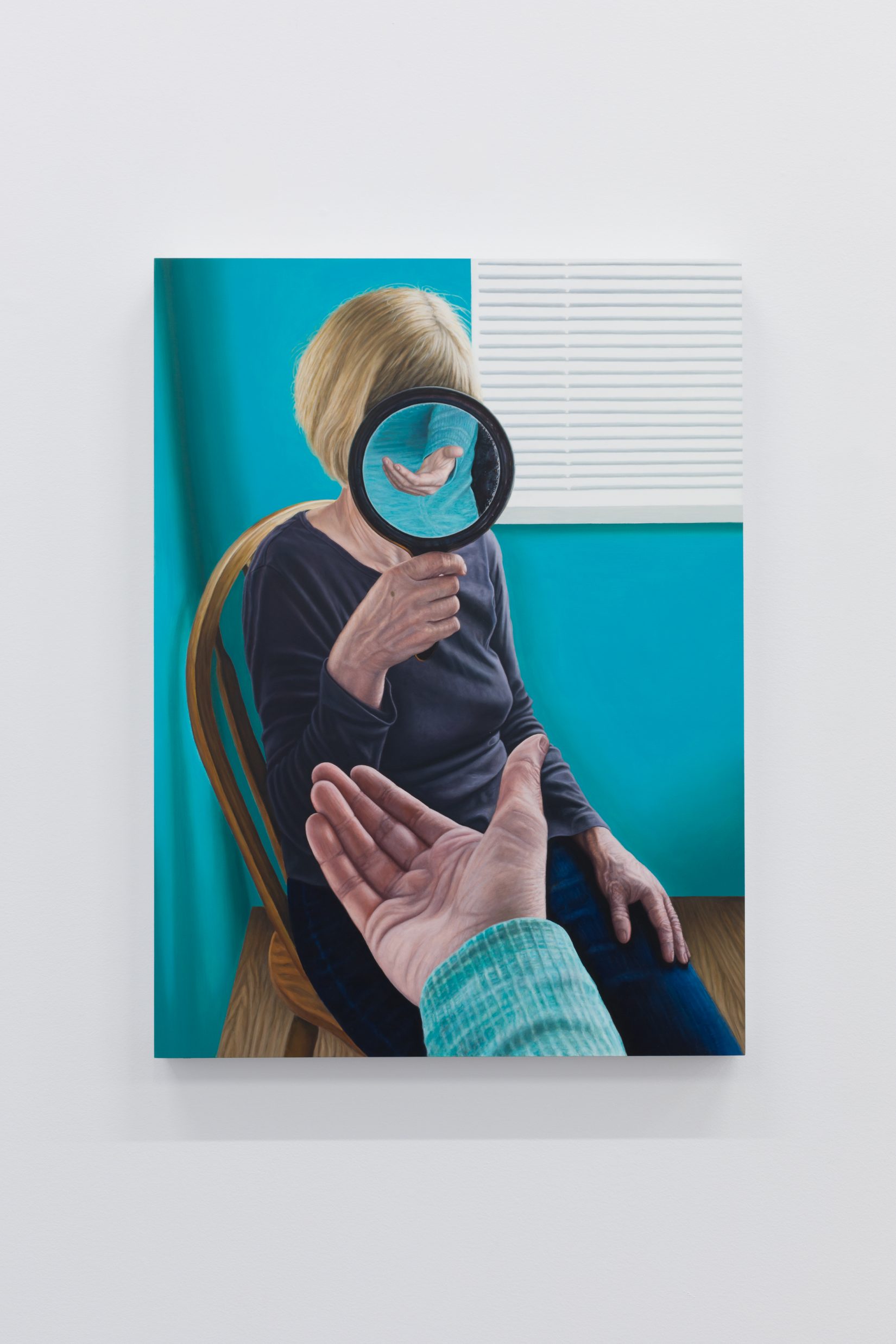 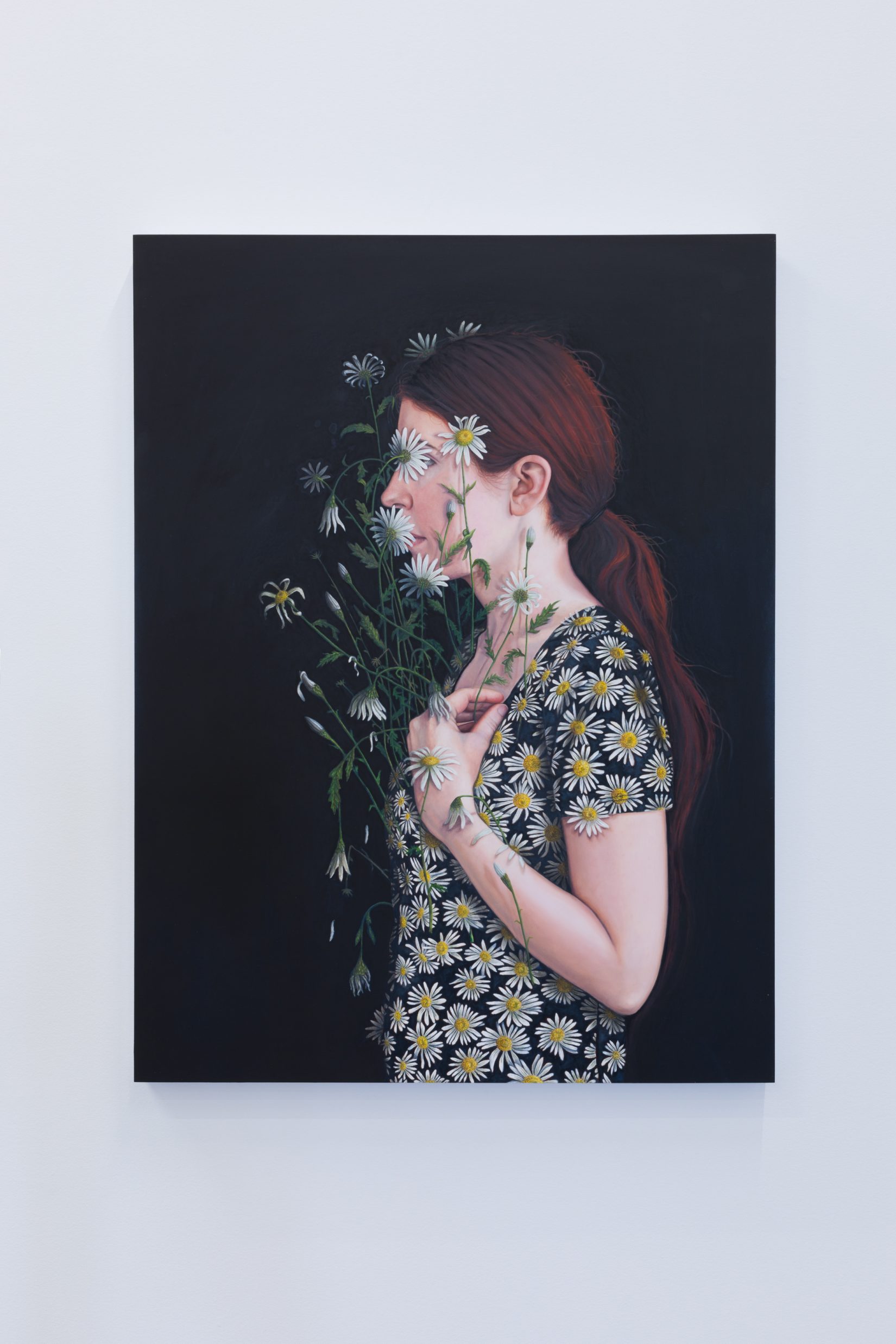 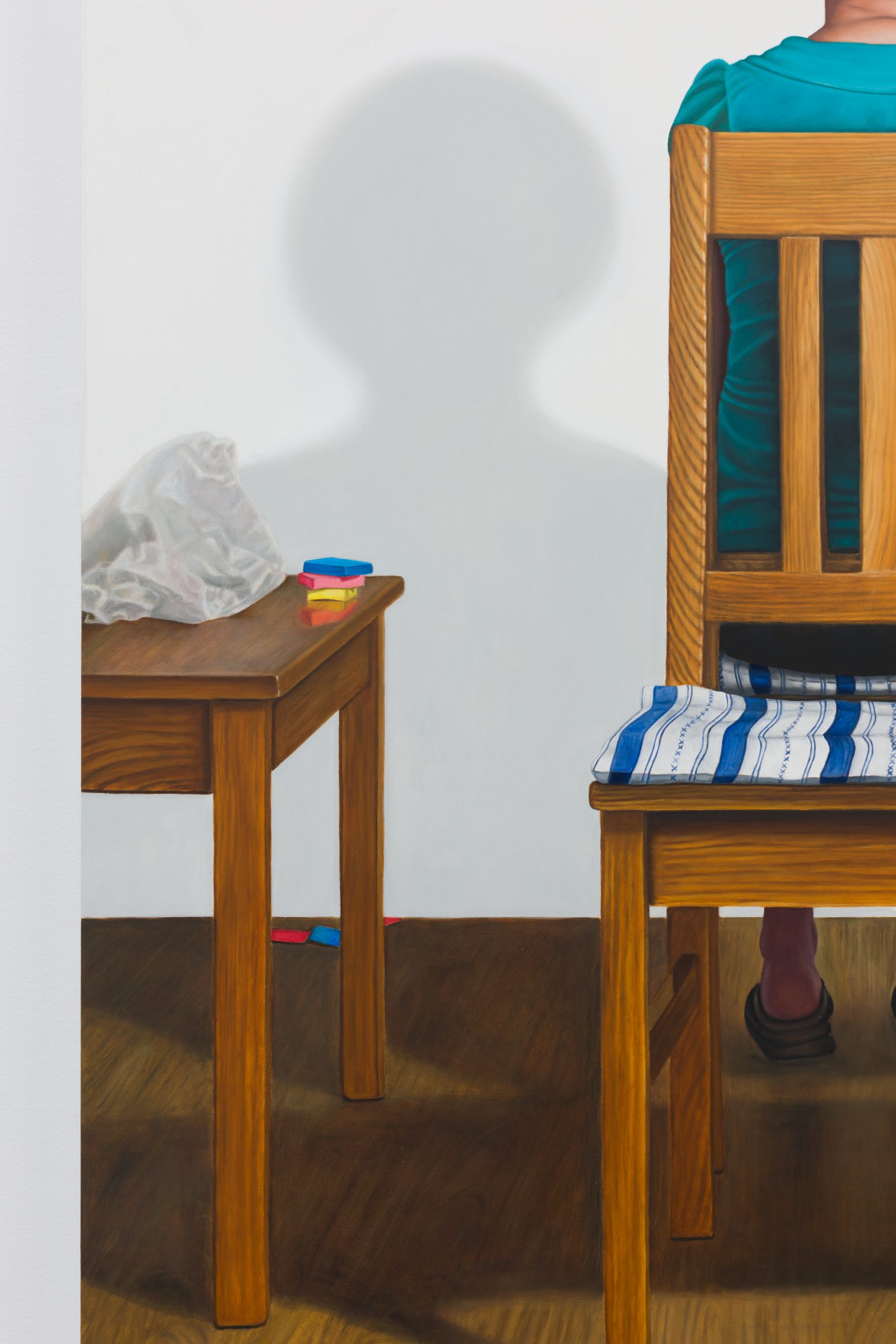 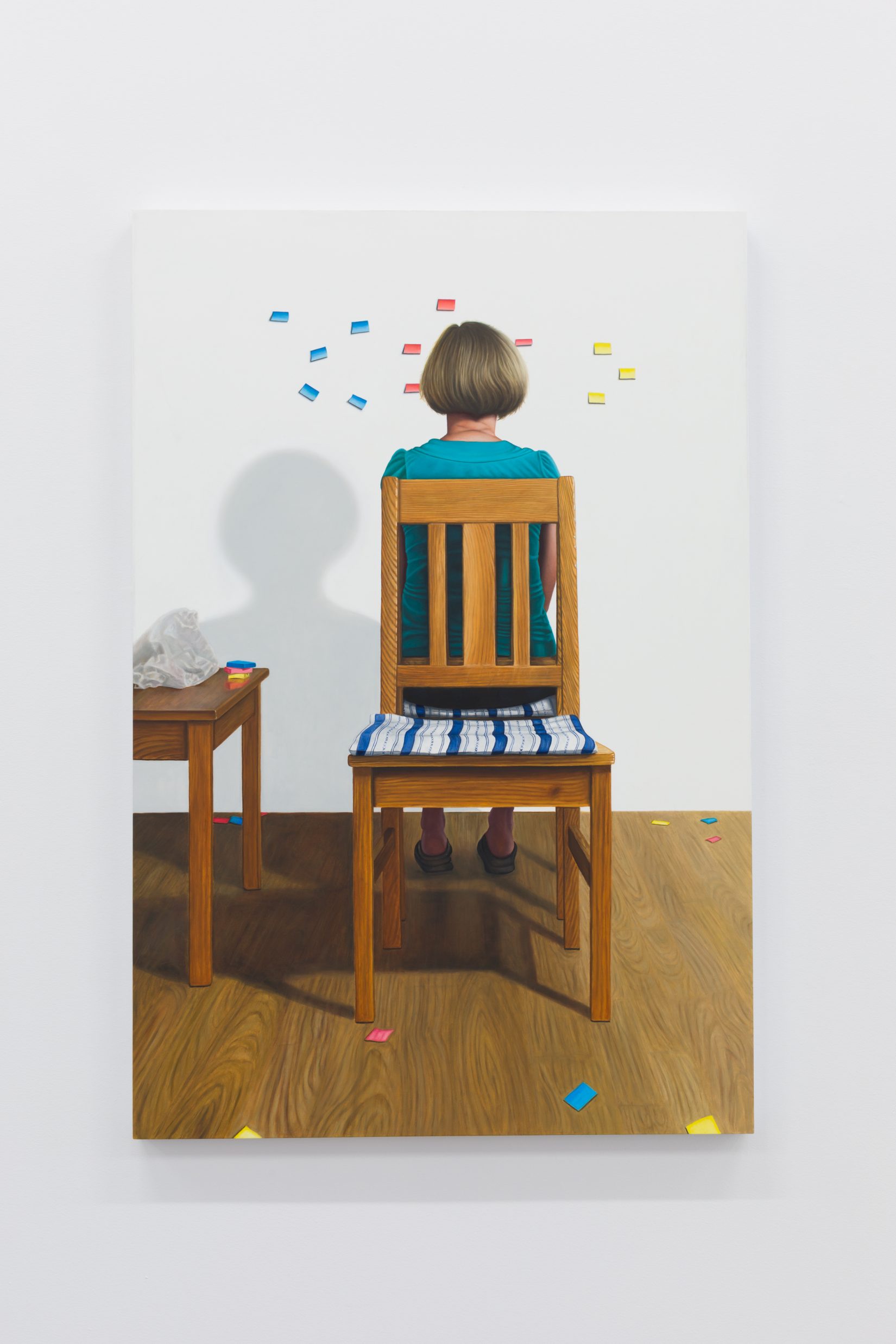 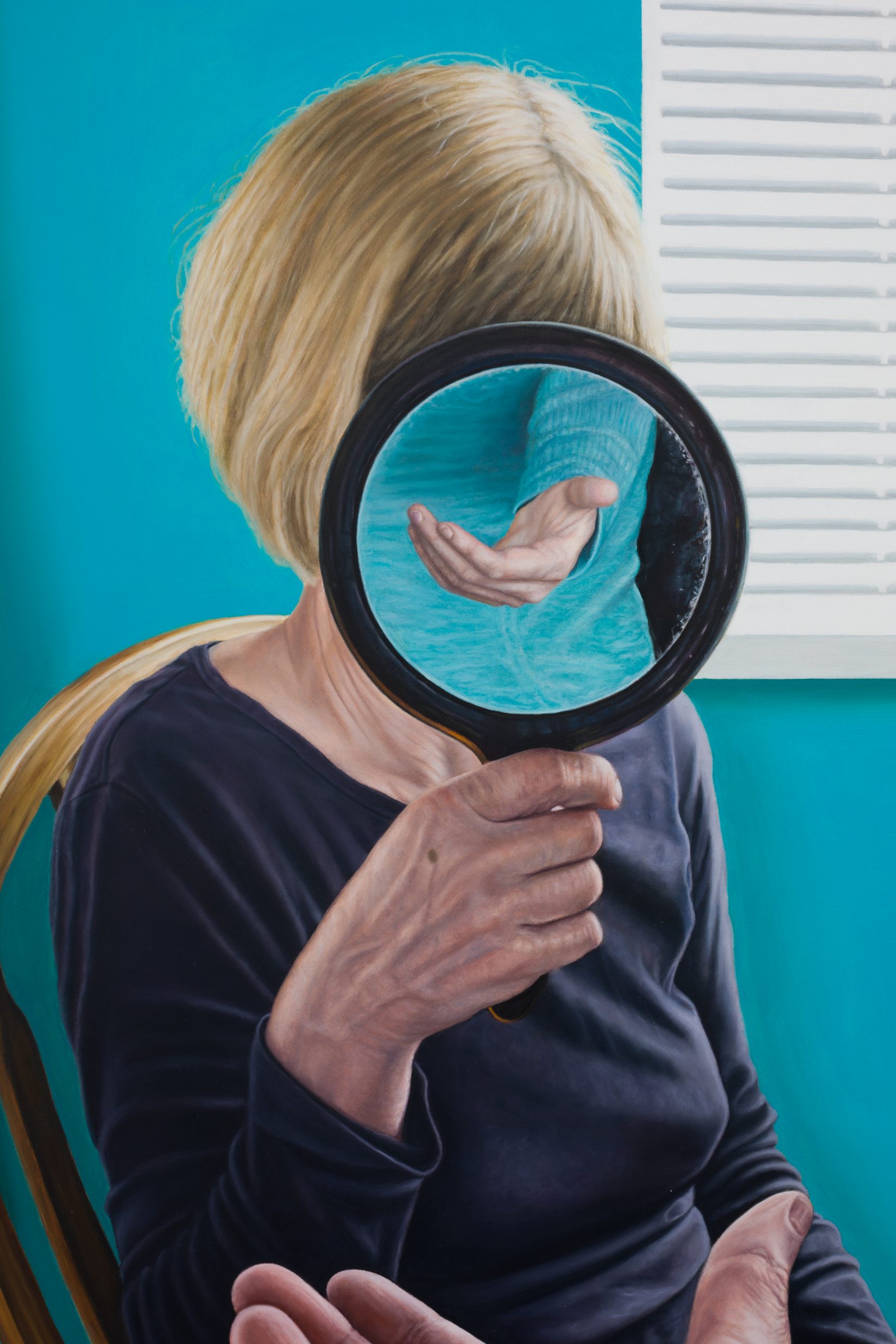 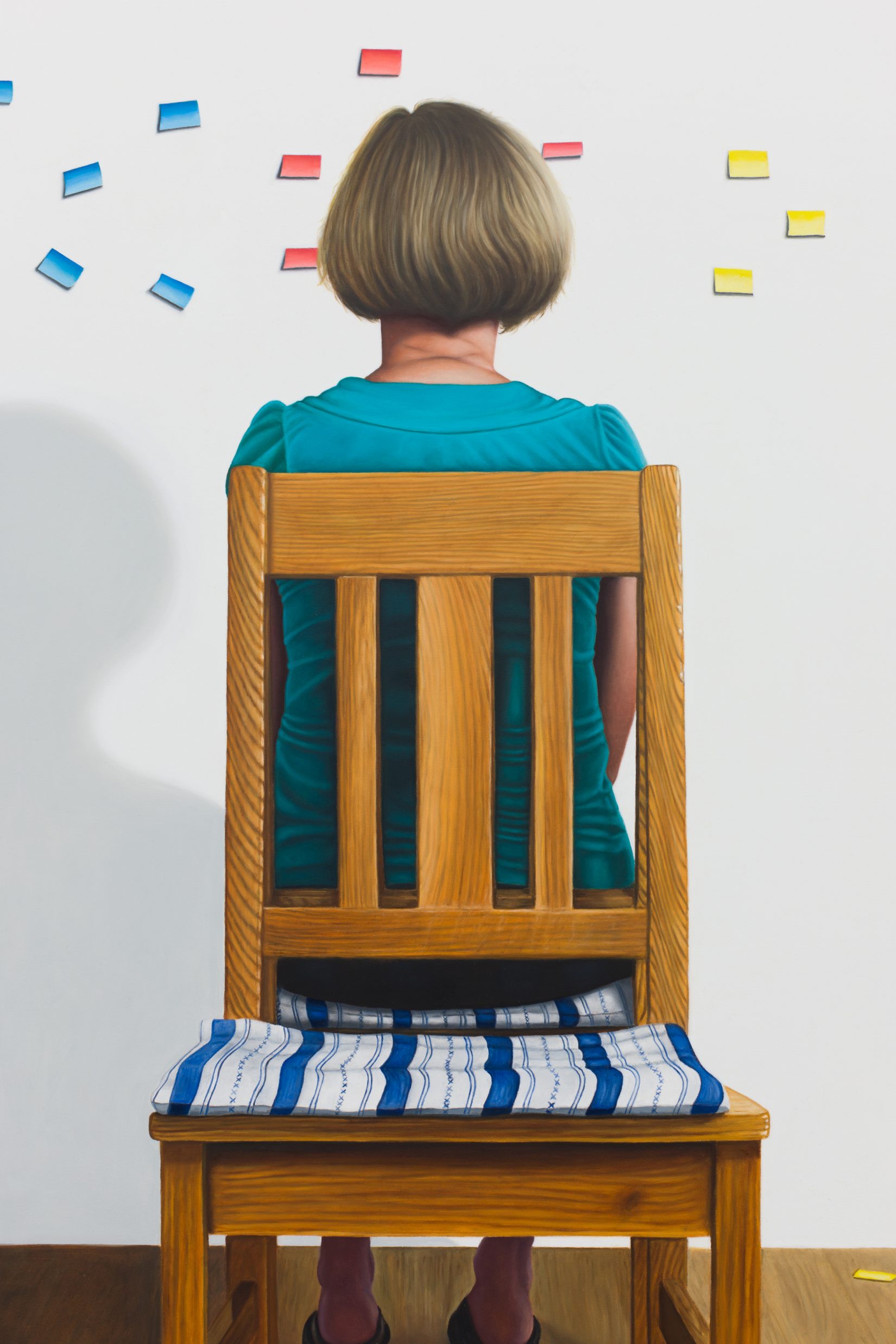 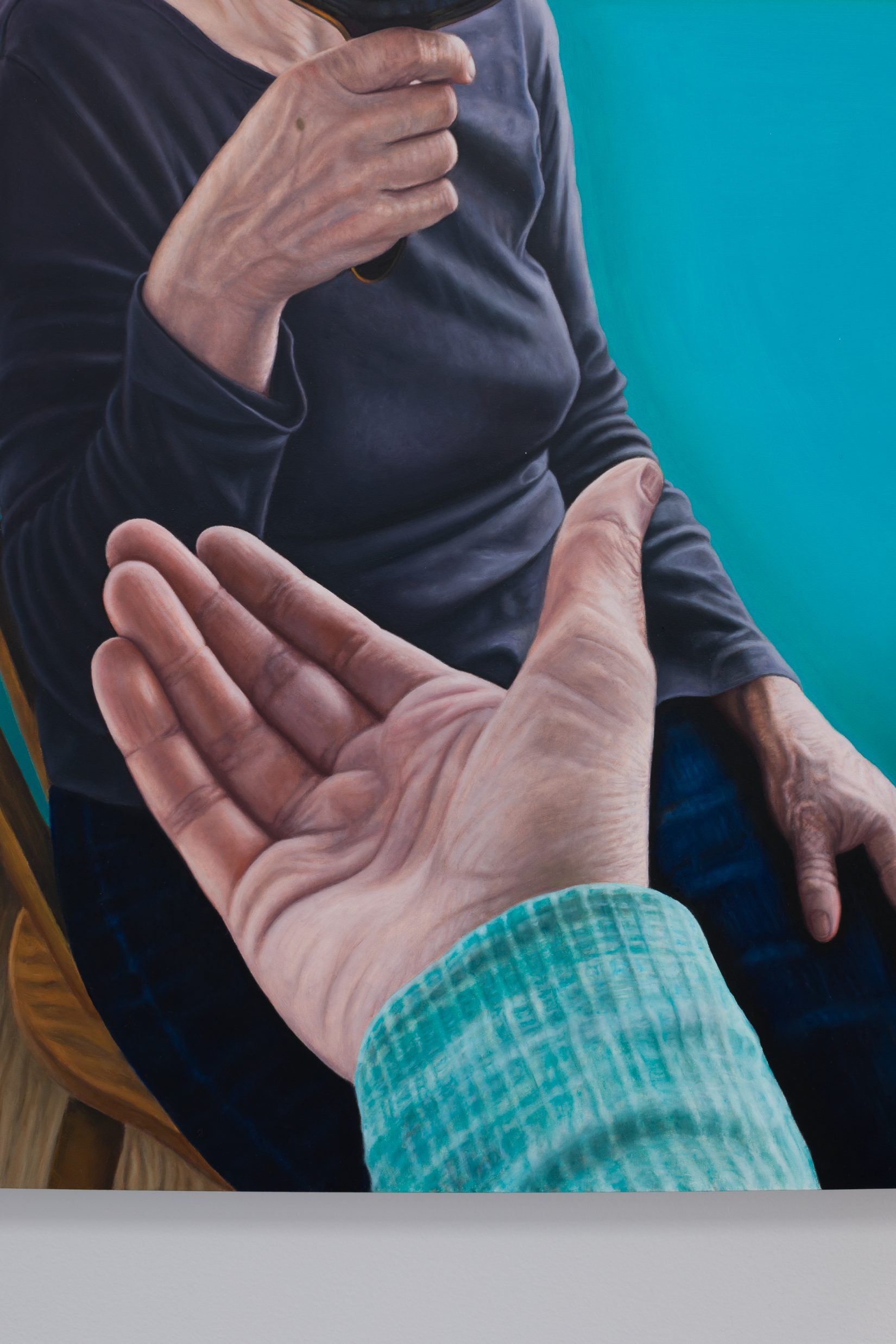 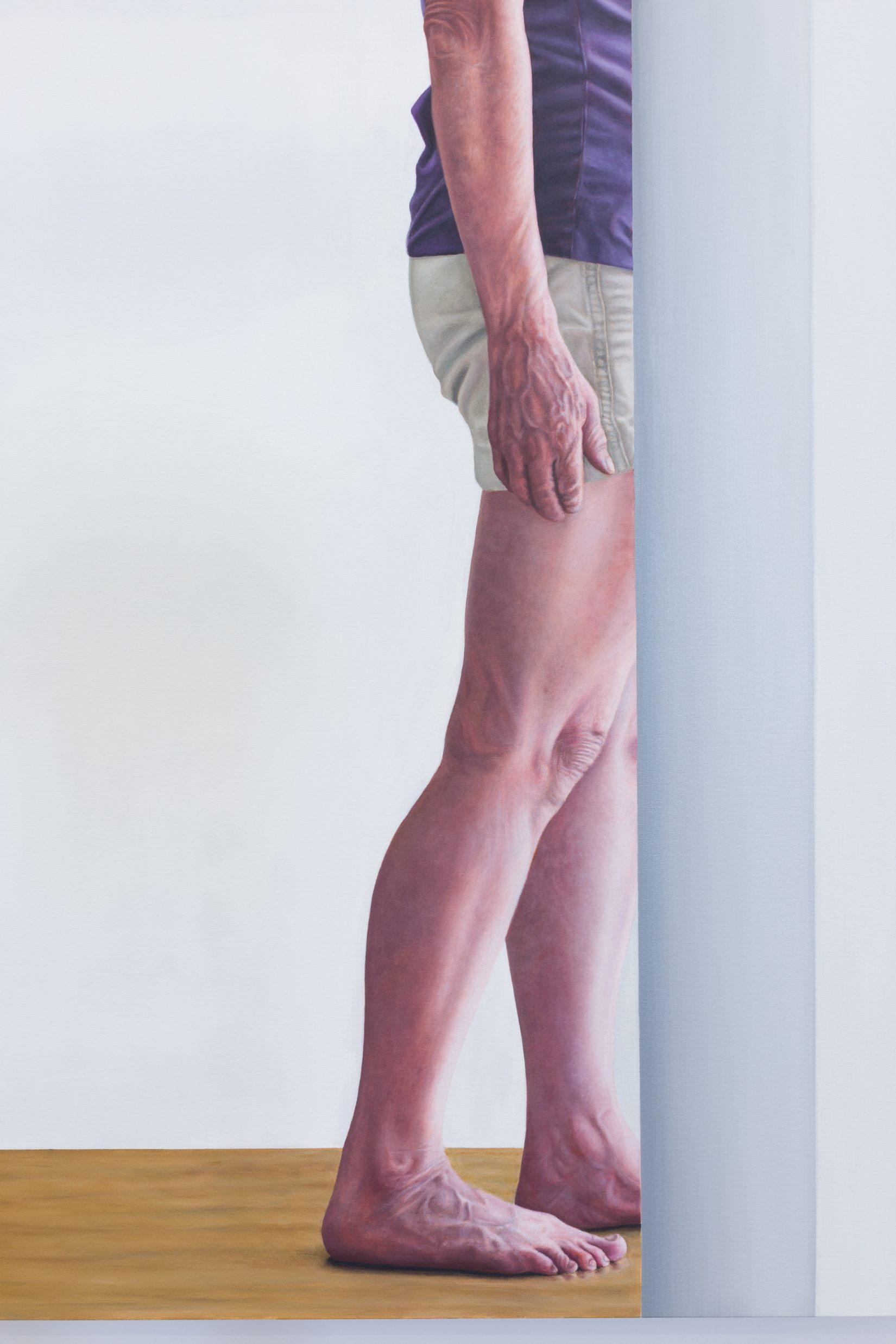 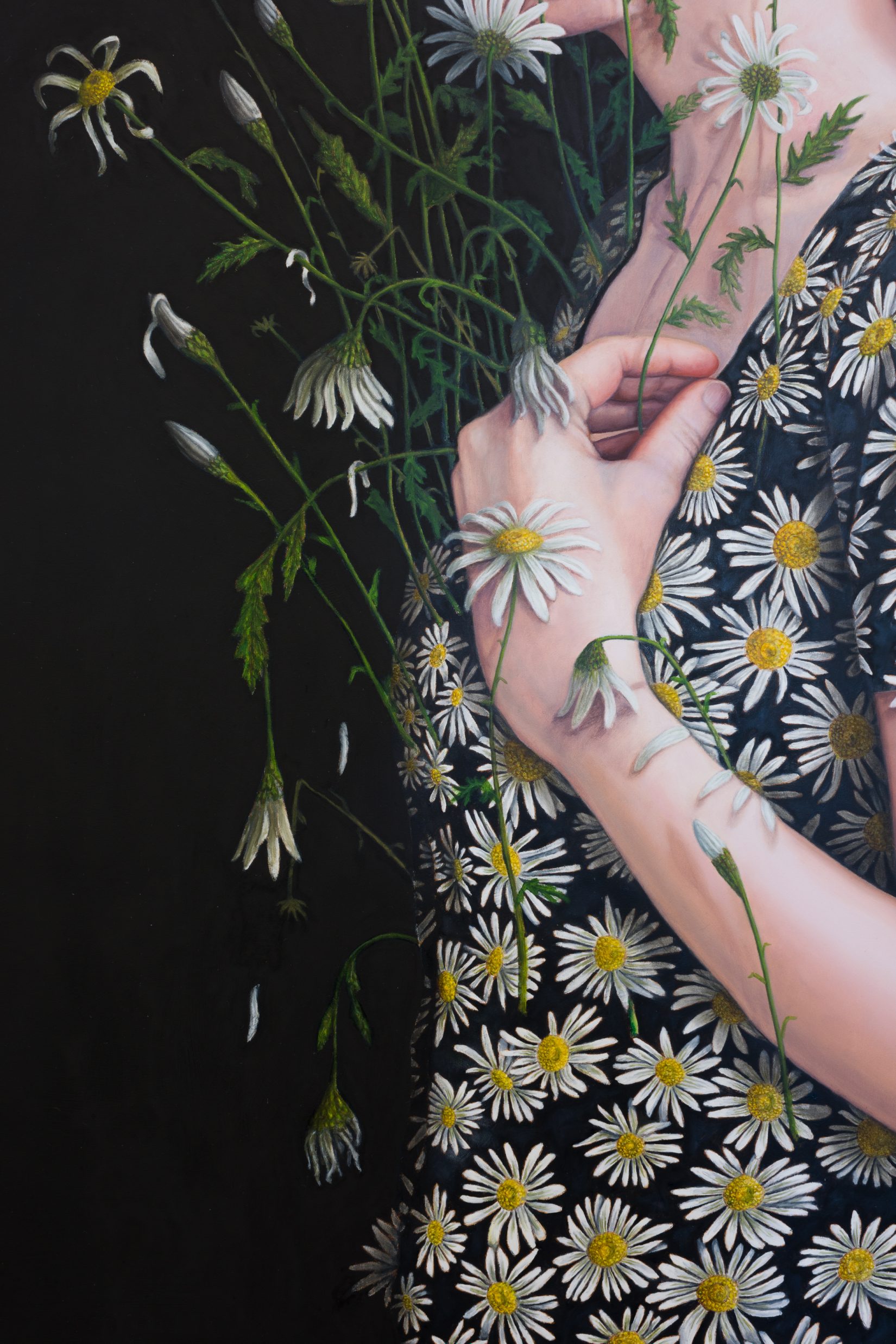 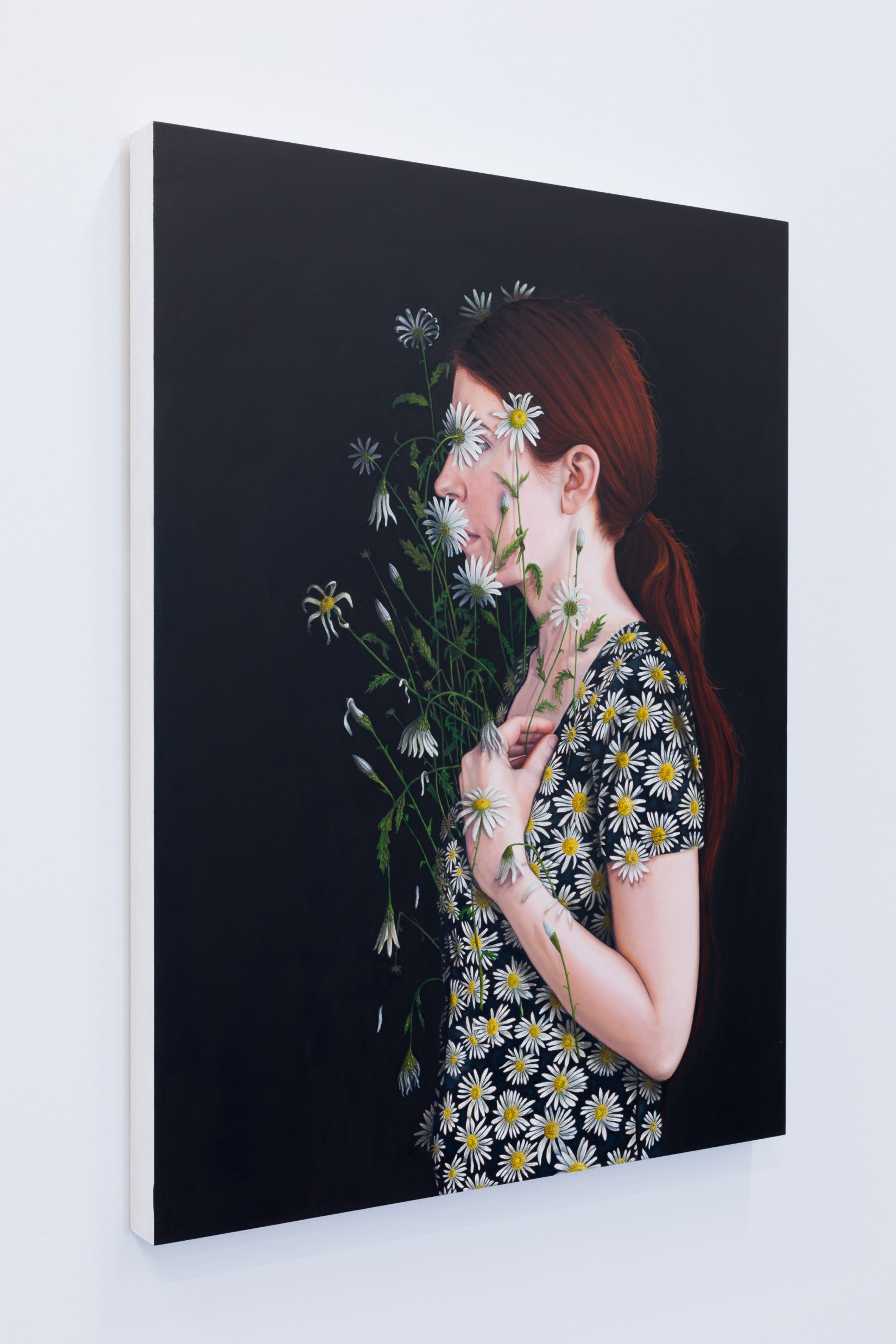 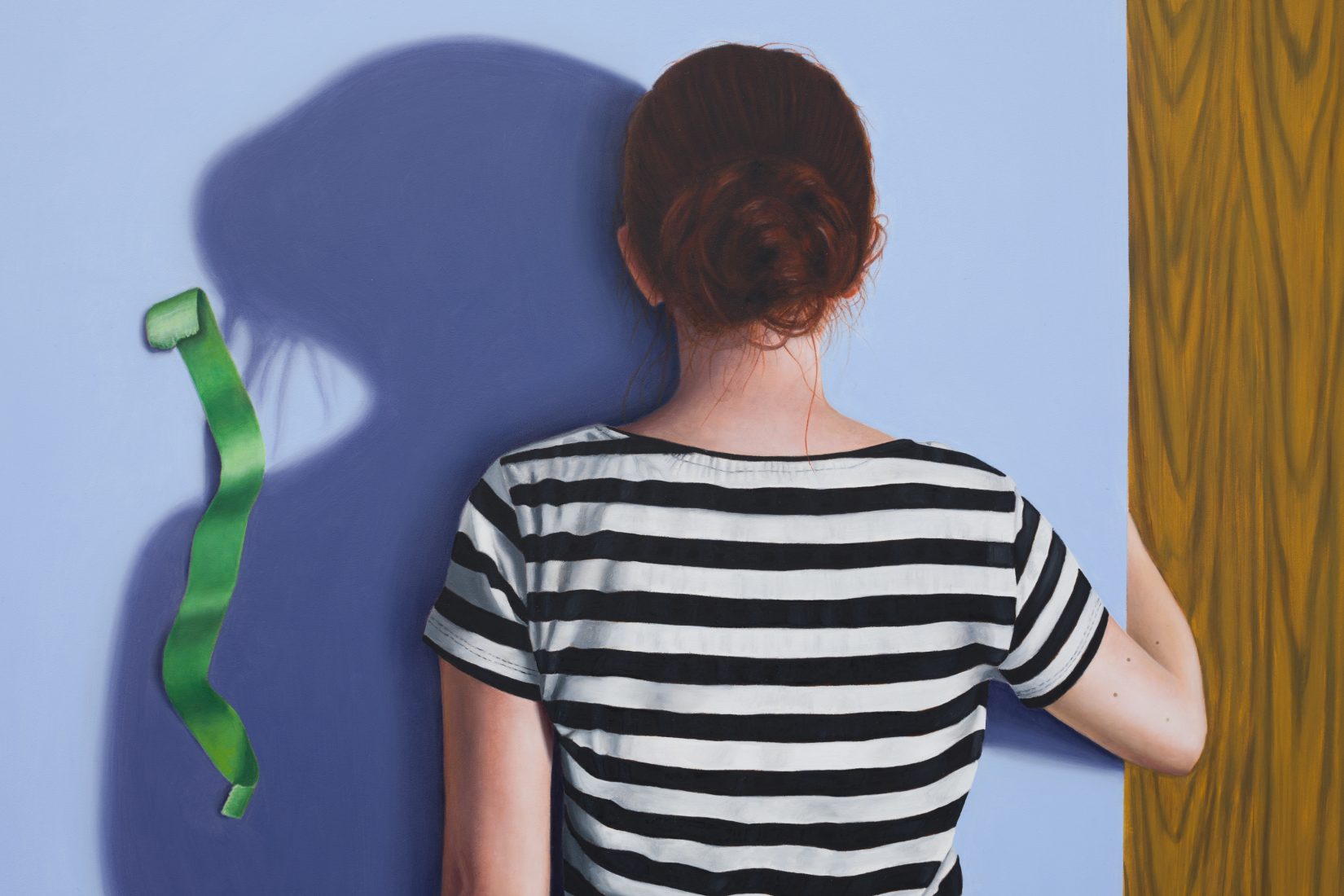 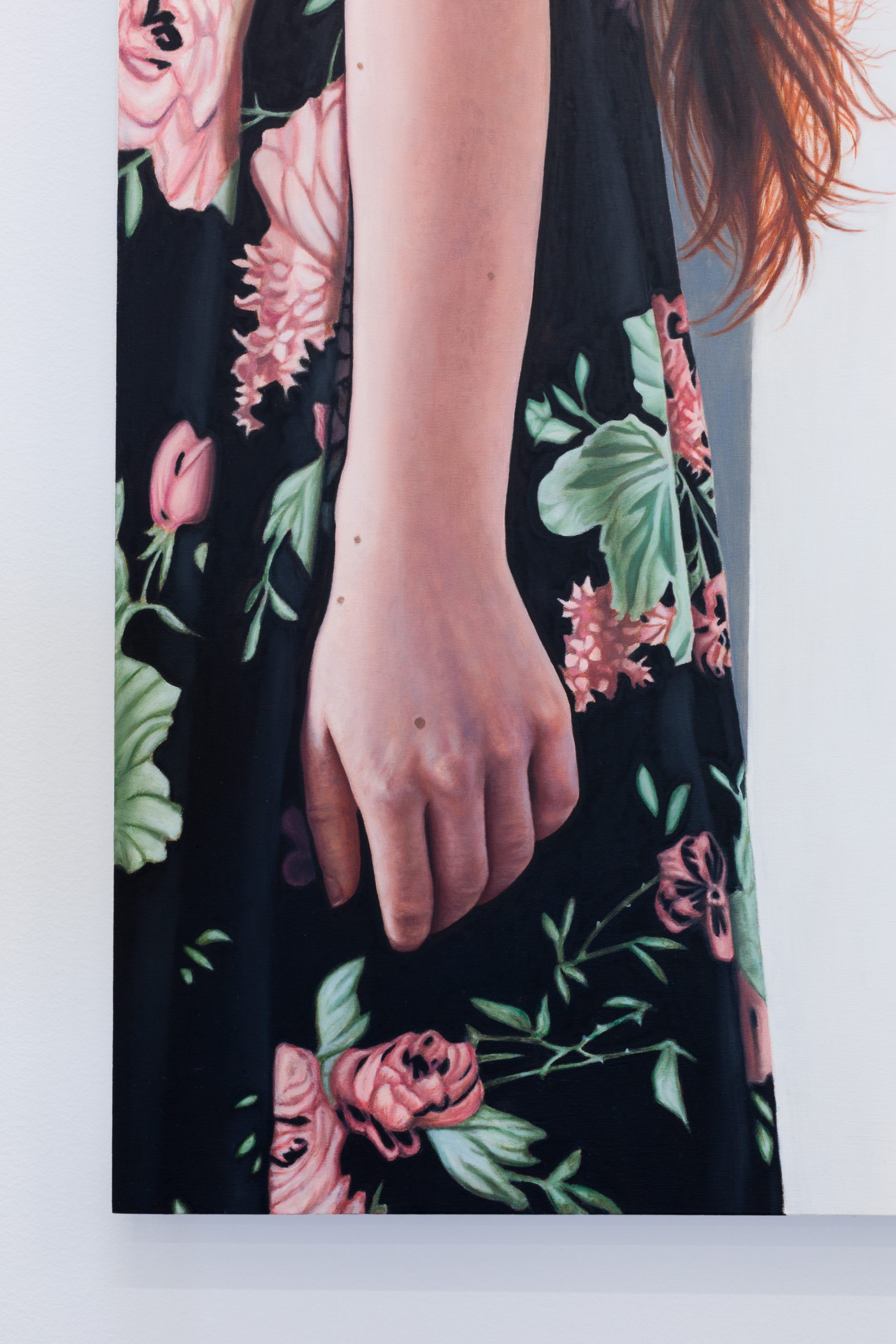 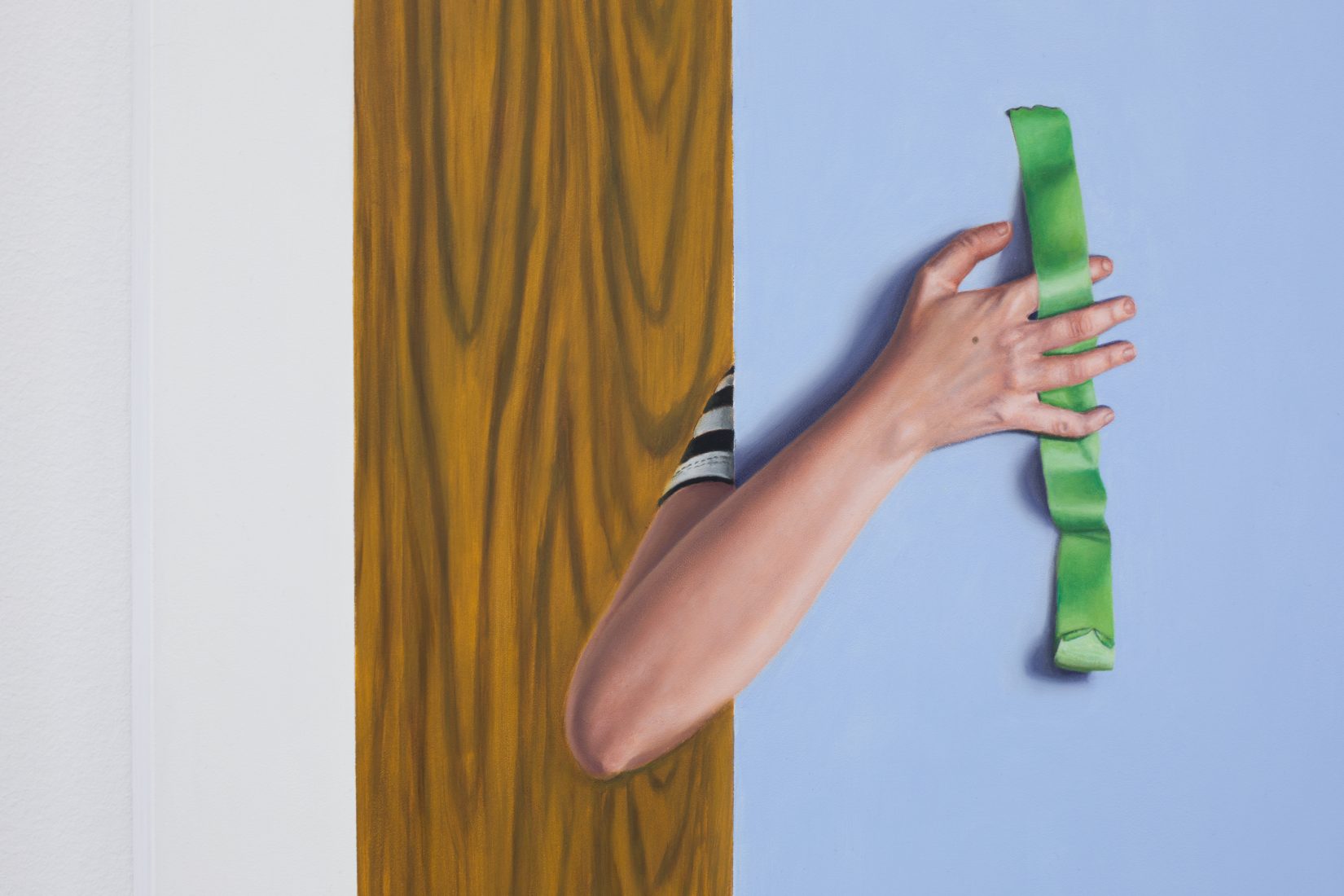 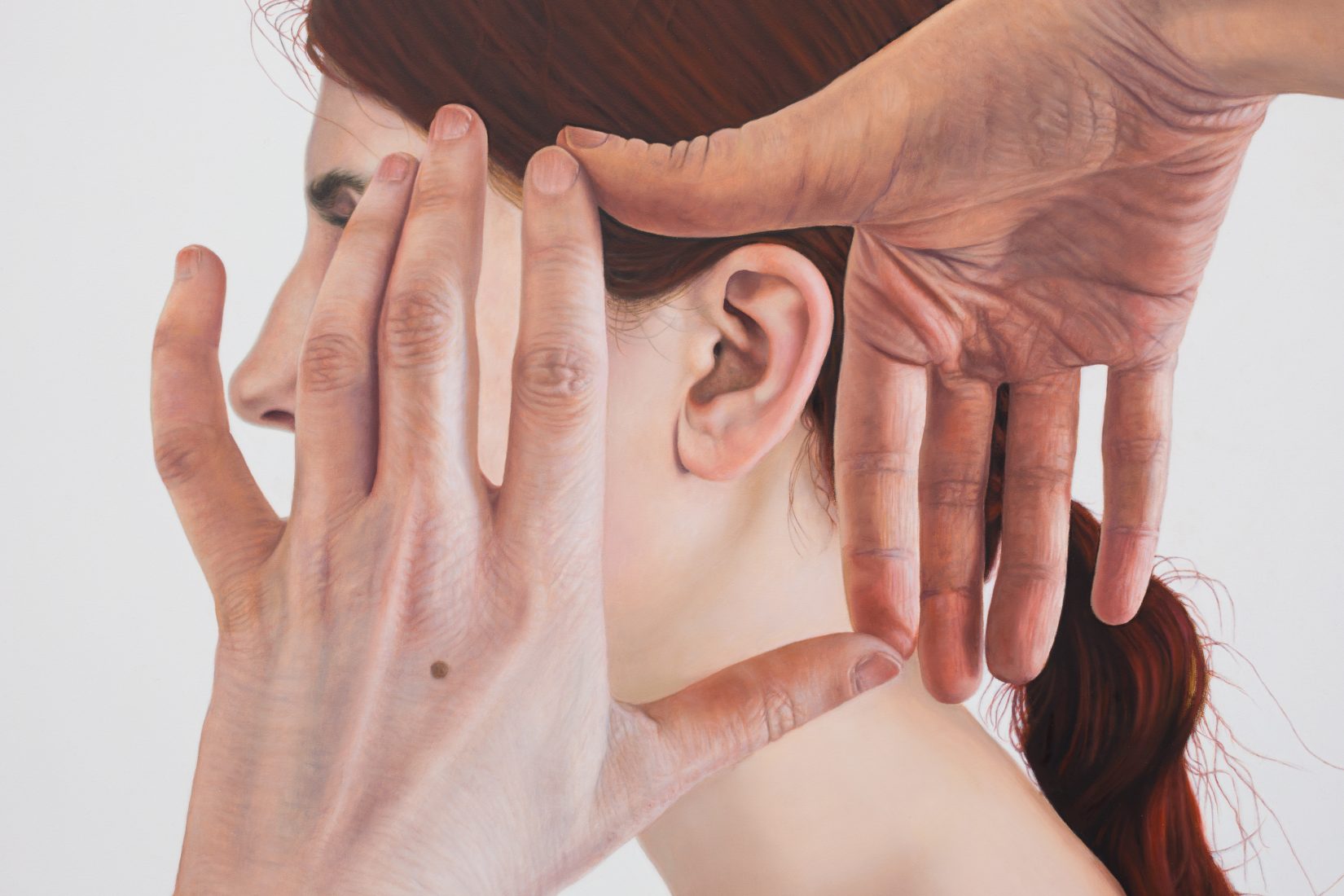 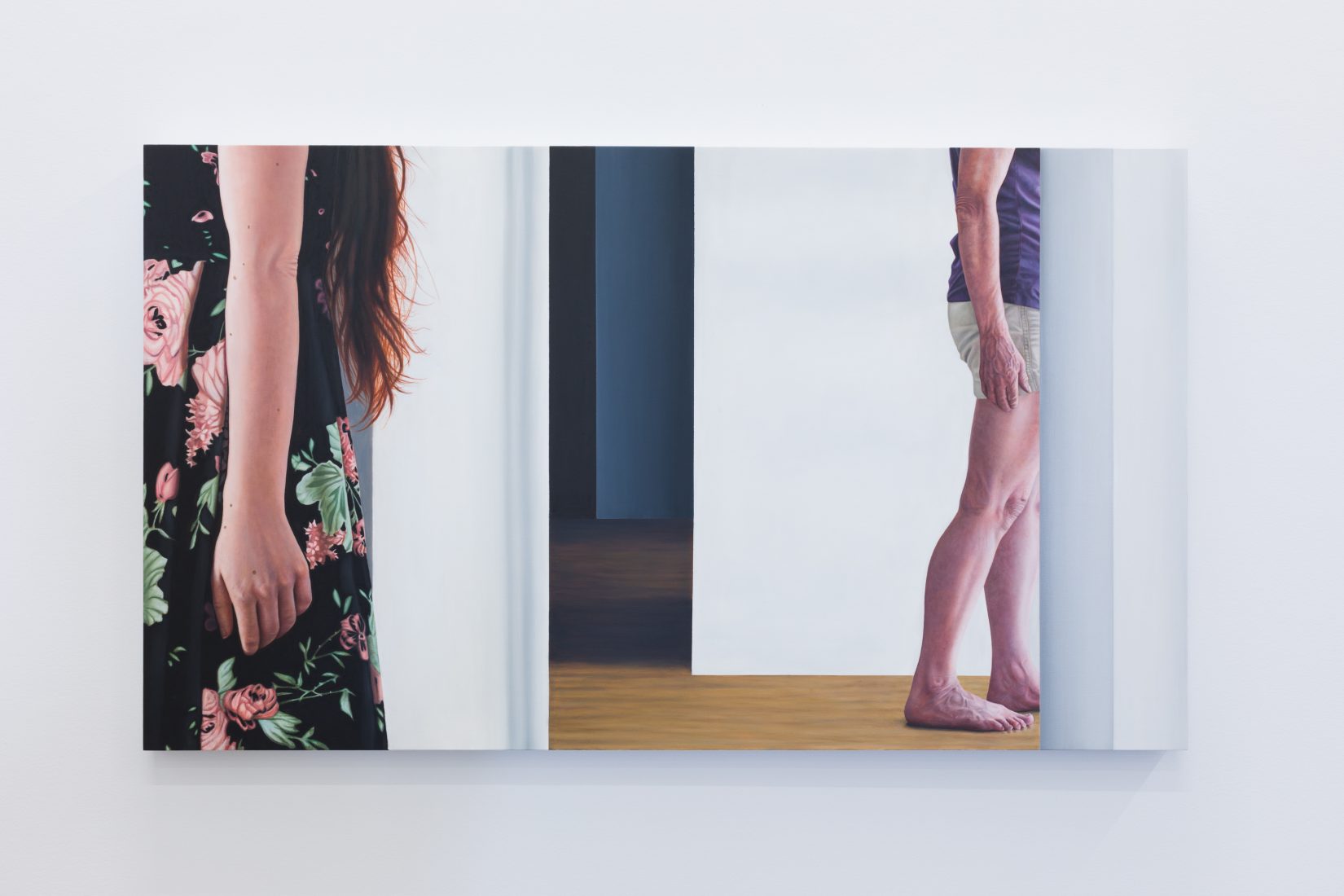 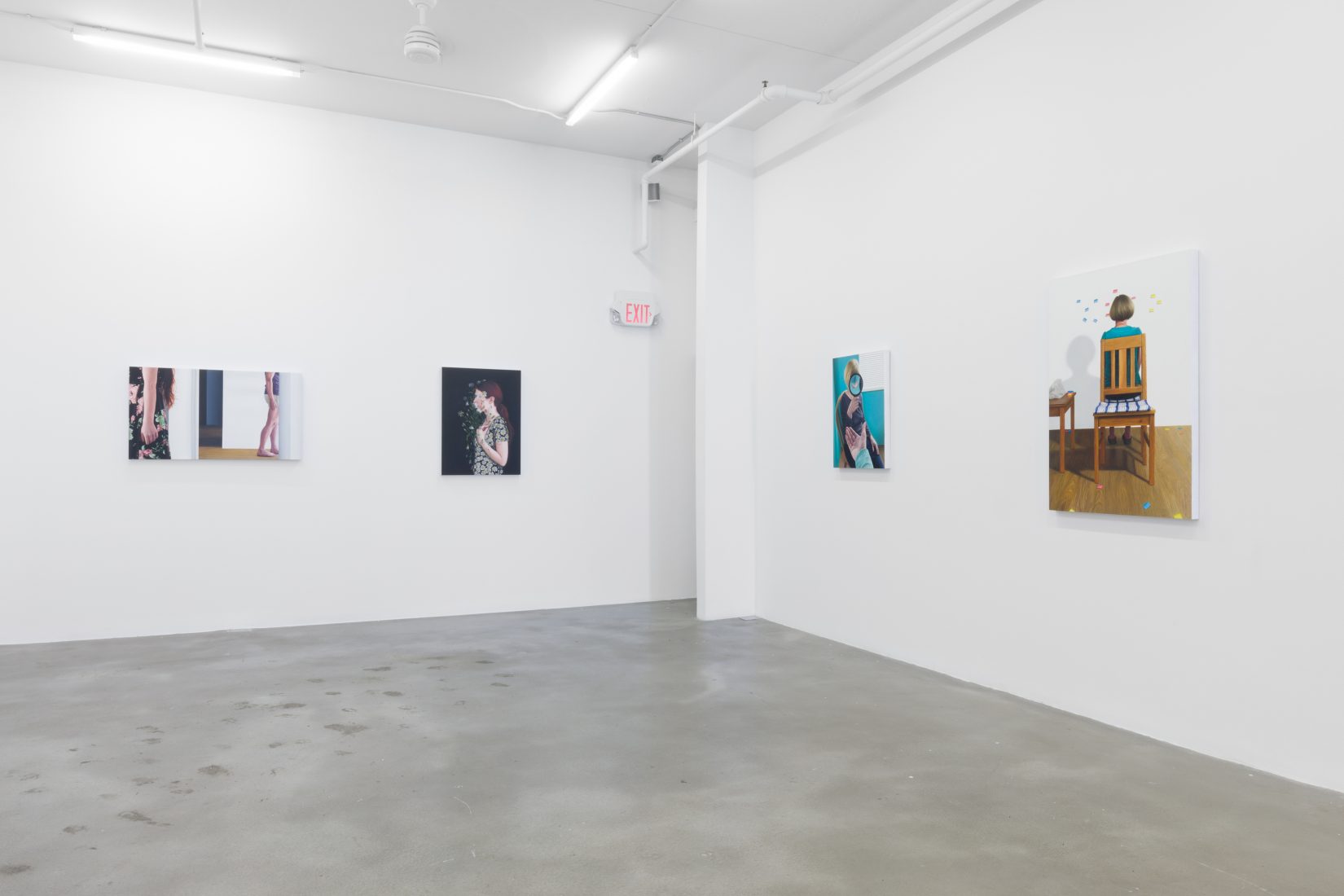 “The longer we spend with something, the more we understand it, but also the more subjective it becomes.” – Cara Guri

It may seem counterintuitive that paintings as realistic as Cara Guri’s would discuss the subjectivity of experience. While her techniques have their roots in historical portraiture, their painstaking slowness is a means to an end, a vehicle to explore how perception itself is an imperfect fusion of the literal and the psychological. We may perceive them as impartial, but memories are more akin to painting than photography; impressionistically crafted from sensory stimuli, rather than our brain’s objective record of the external environment.

It’s for this reason that, while it would be easy to call them photorealist, Guri’s meticulously skillful works have little in common with that inherently contemporary movement. Guri does not aim to accurately reproduce a single moment; rather, her works synthesize time, recording not only how the objects and people she depicts slowly change, but her shifting experience of them, too. Many different instants and memories are collapsed into each painting –  “Growth Spurt”, her self portrait with daisies, was painted from one pot of the flowers over its natural lifespan in her studio. Other elements, like the closet door in ‘’”Flip Side”, are rendered from memory; the hallway closet in her childhood home is still there, but the wood grain she depicts has long since been painted over.

Her subject matter is uncanny, slightly distorted; sometimes it feels as if we are seeing two different views compressed into one. Here, too, do her works diverge from their lineage. From the act of commissioning a portrait, to the cultural cachet of the painter, to the signifiers of wealth surrounding the depicted subject, historically the genre of portraiture has been a demonstration of economic and political status. Guri, however, is more interested in what her subjects’ surroundings reveal – intentionally or not – about their psychological and personal economies. The spaces, objects, and clothes in her paintings have been lived in; they have their own histories. The mirror belonging to her mother in  “Sightlines”, broken and glued back together, is a strange symbol of simultaneous remoteness and familiarity. As Guri establishes, our mind shifts how we perceive the spaces and objects around us, but we alter our surroundings physically over time as well, eroding and molding familiar objects with every interaction.

Furthermore, as the works destabilize and call into question the act of perceiving, they directly implicate the viewer and the dynamics of their experience. Guri draws her audience into the conversation – where do they sit in the complex relationship between the artist, her subject, and the viewer? What lived experiences do they bring to the viewing experience that shape how they perceive the work?

“Interstice” exists in a strange slippage of in-between spaces—tracing shifting notions of time, identity formation, intimacy, and symbol. We are invited into a pact with history in constant negotiation—an invocation of the deeply intimate embedded beside the almost anonymous, a series of transactions between the artist, the sitter, and the viewer without settlement—infinite and unfolding negotiations with the subjectivity of experience.