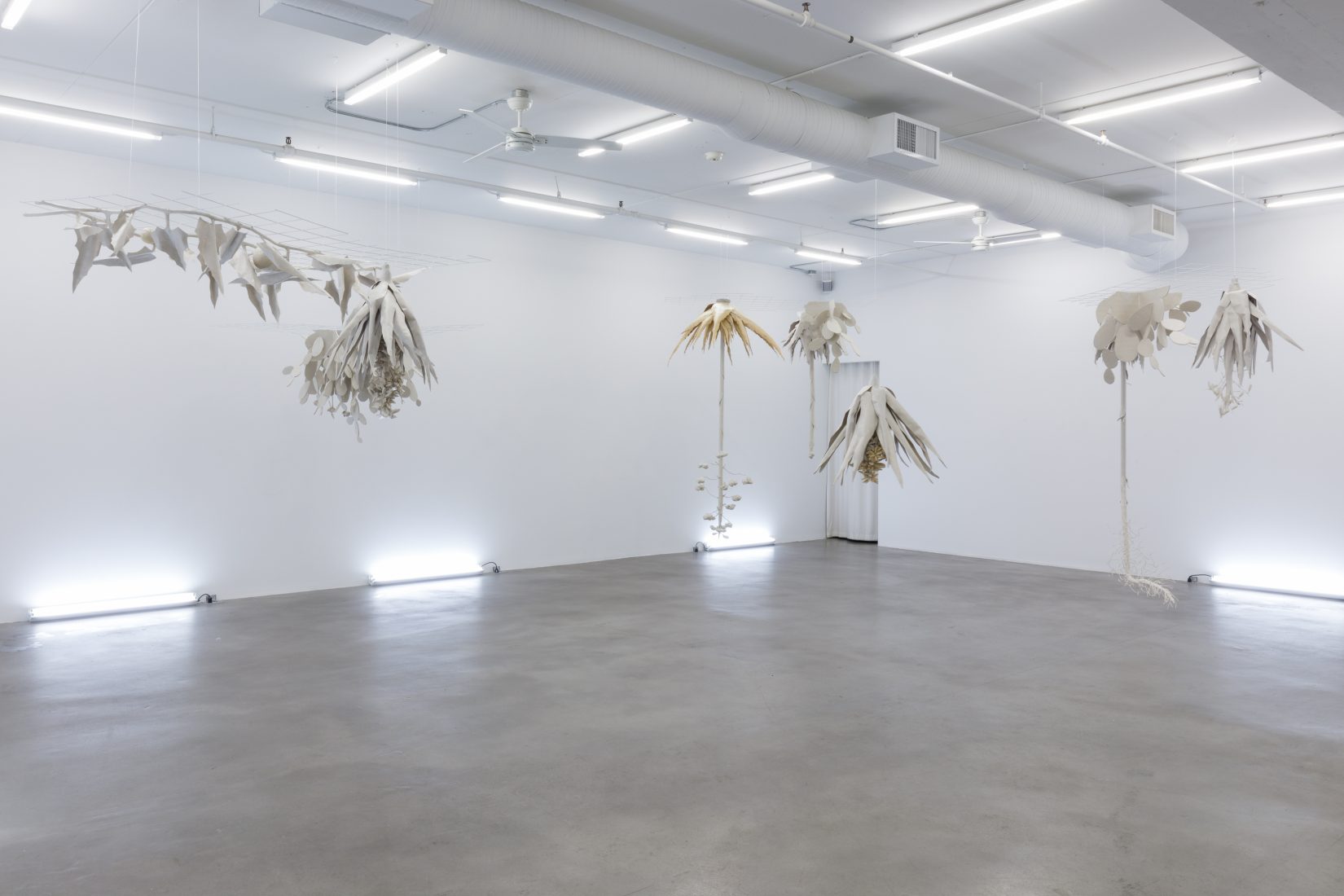 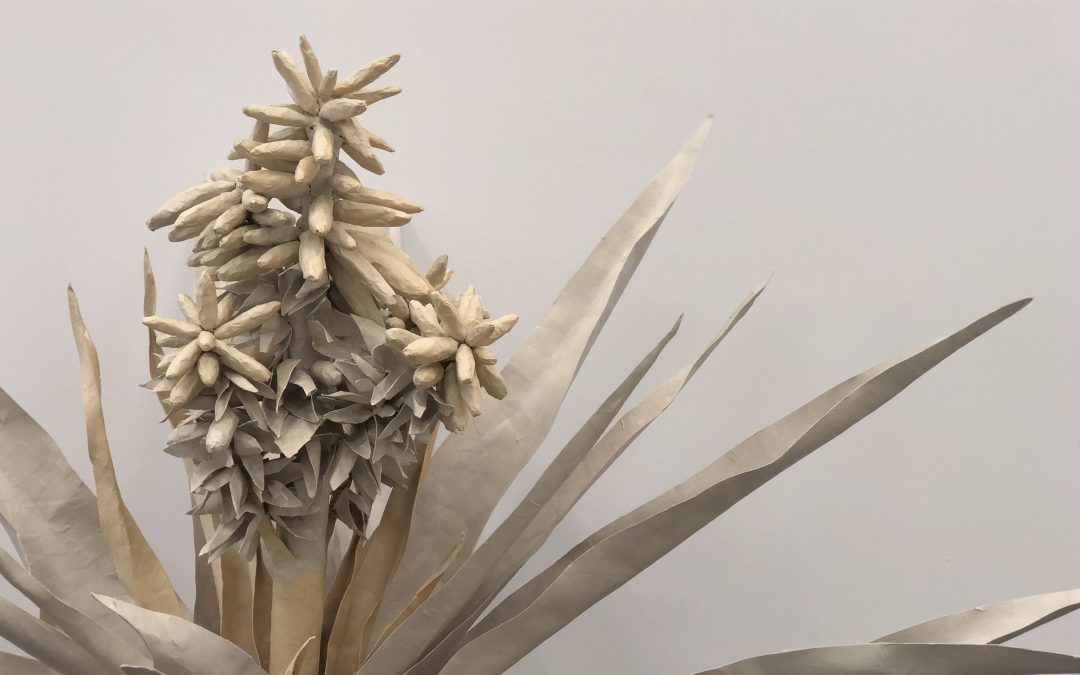 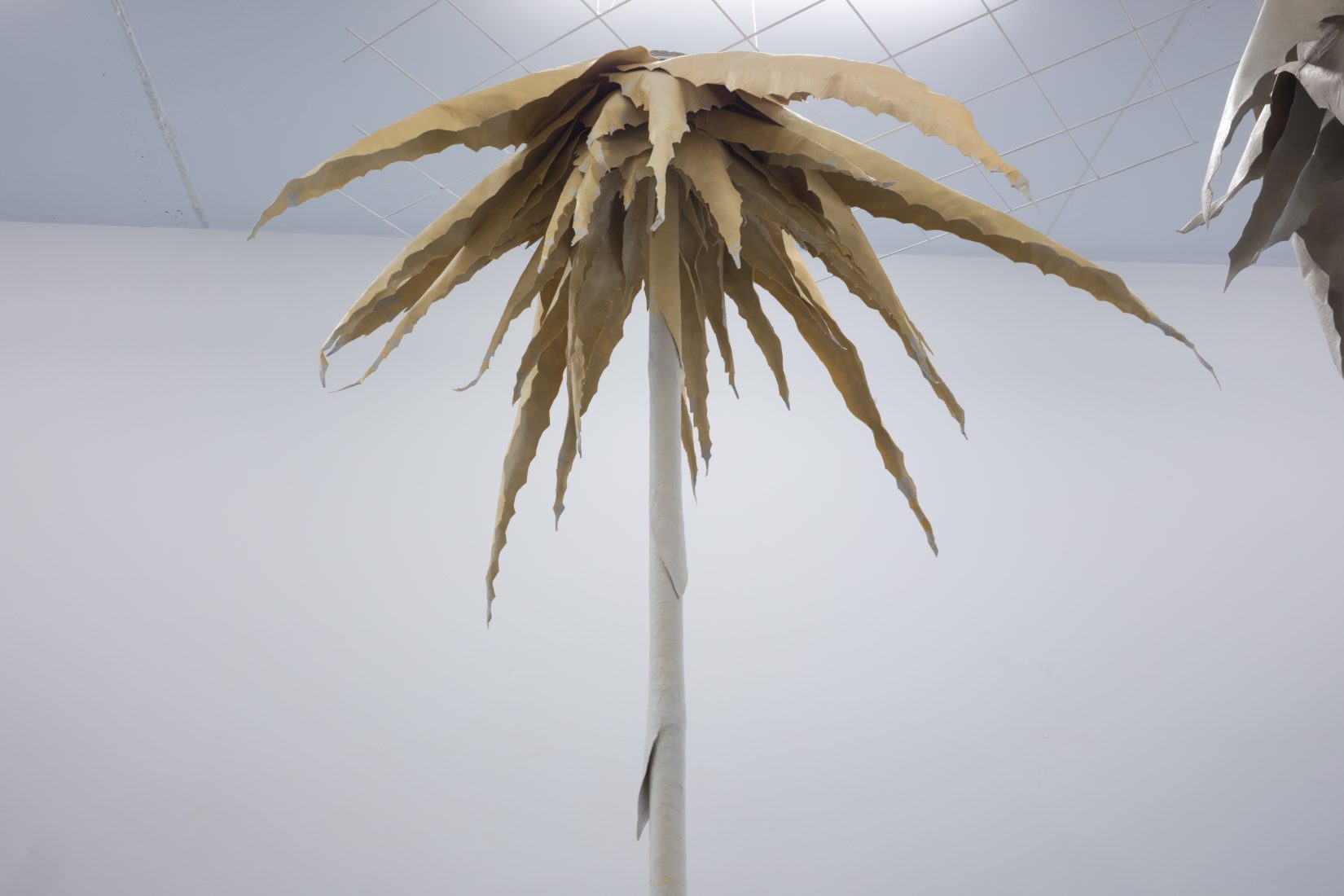 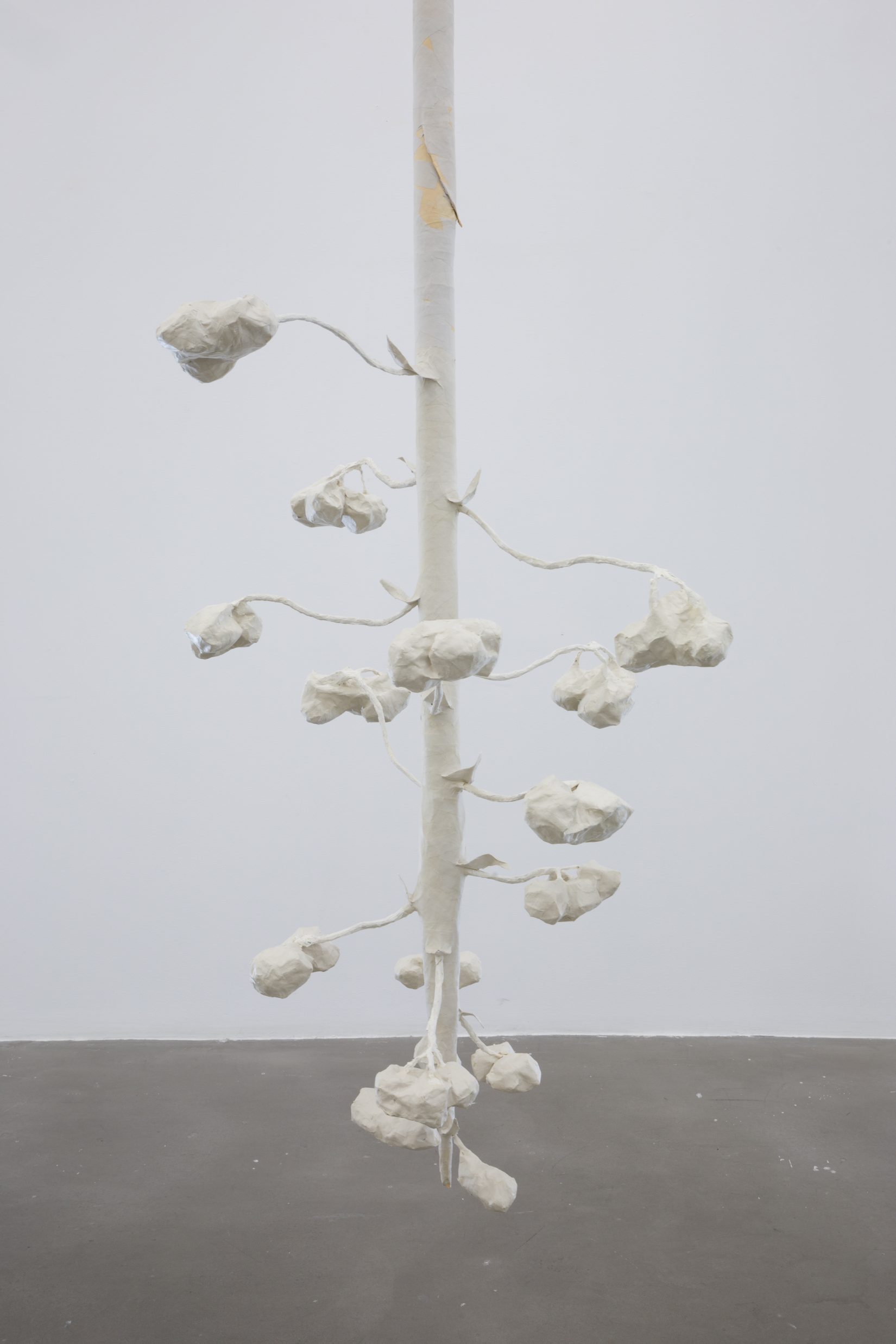 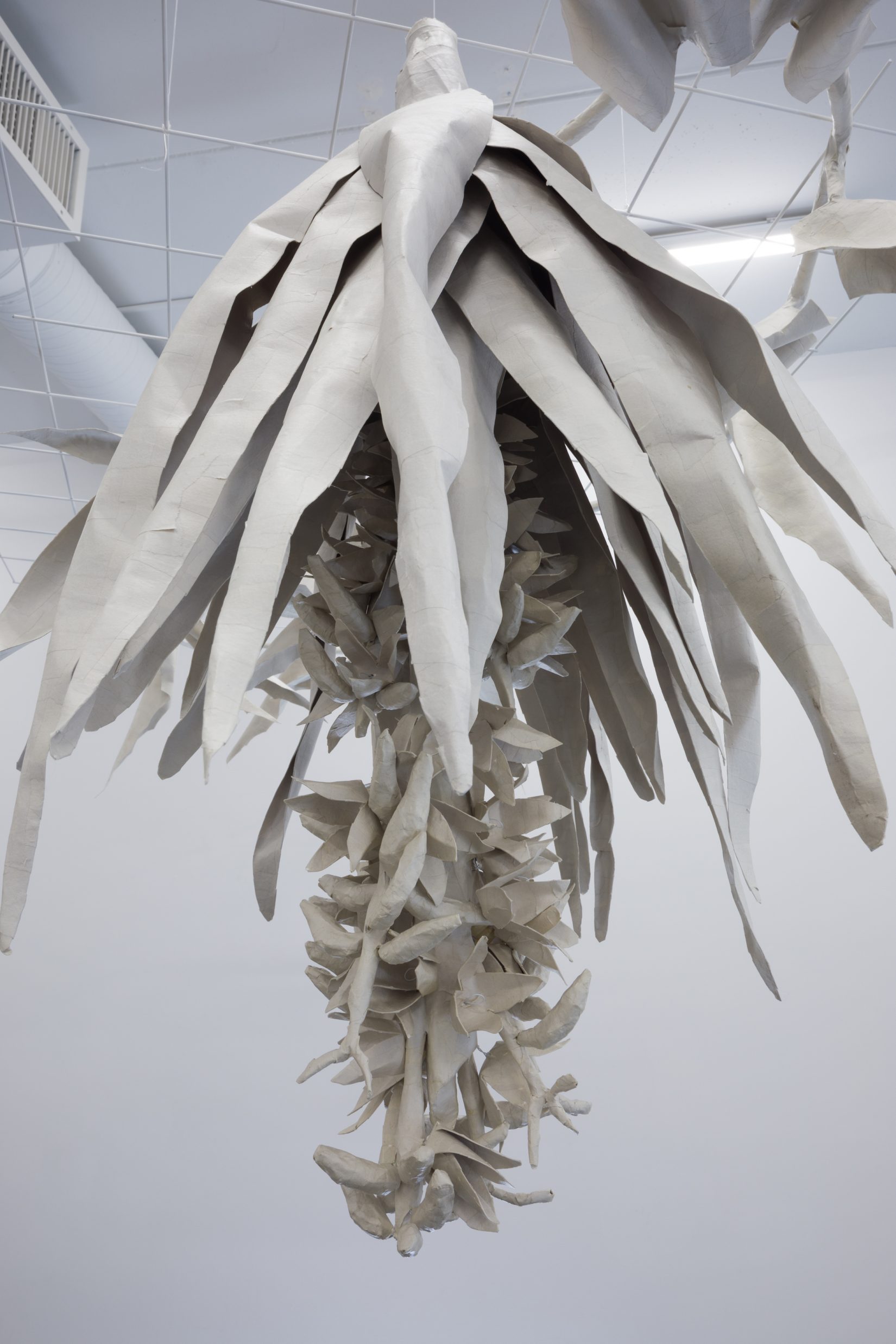 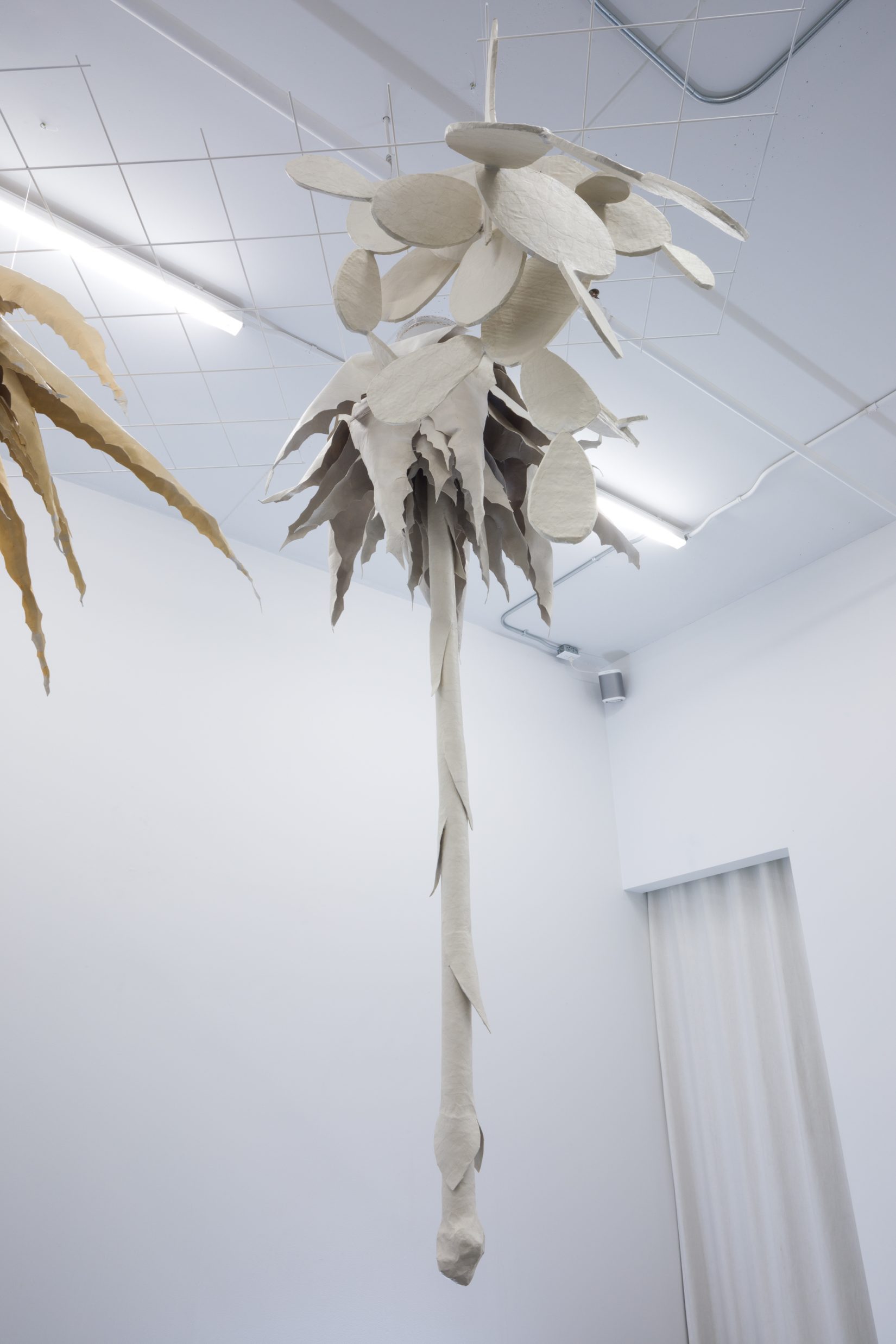 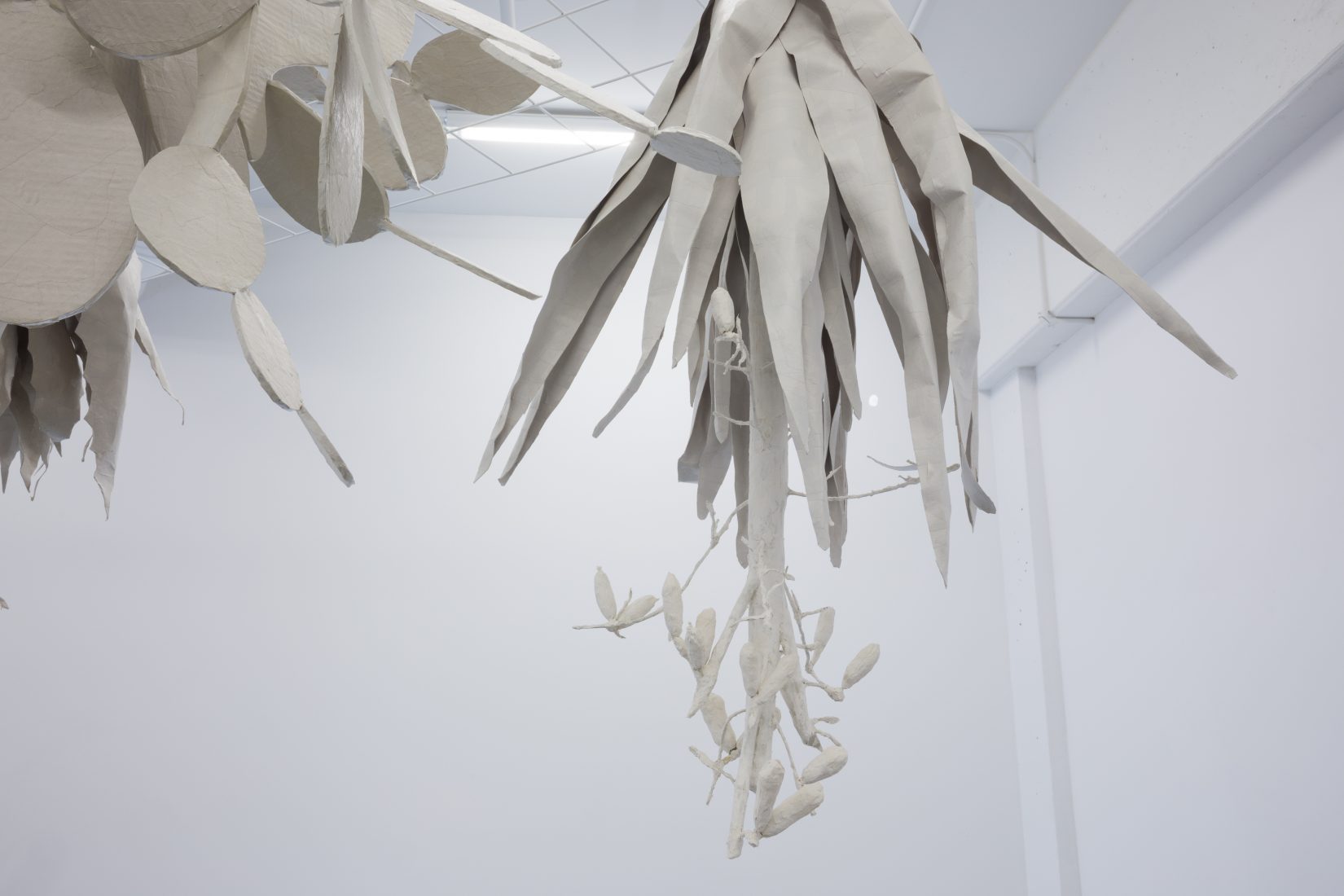 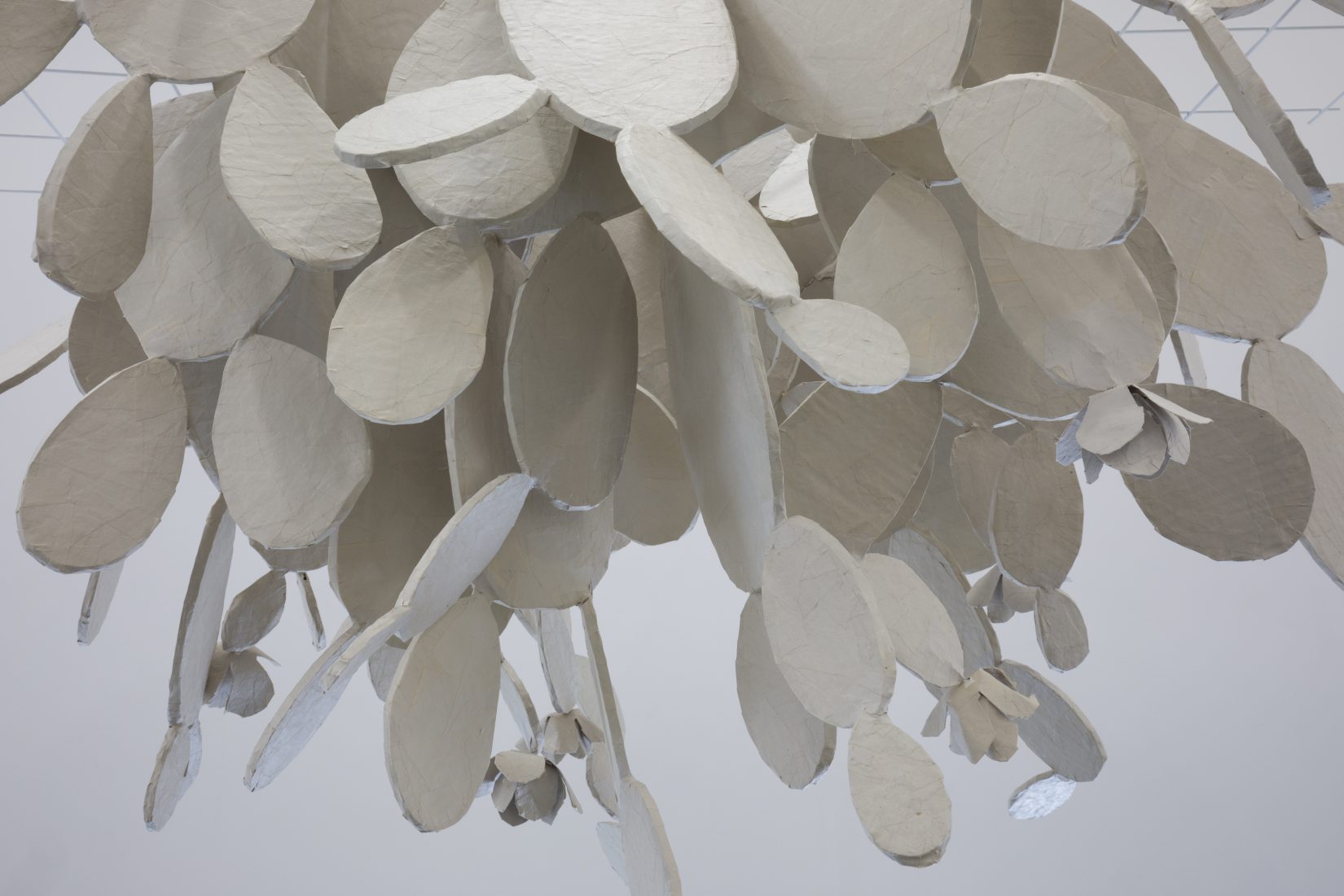 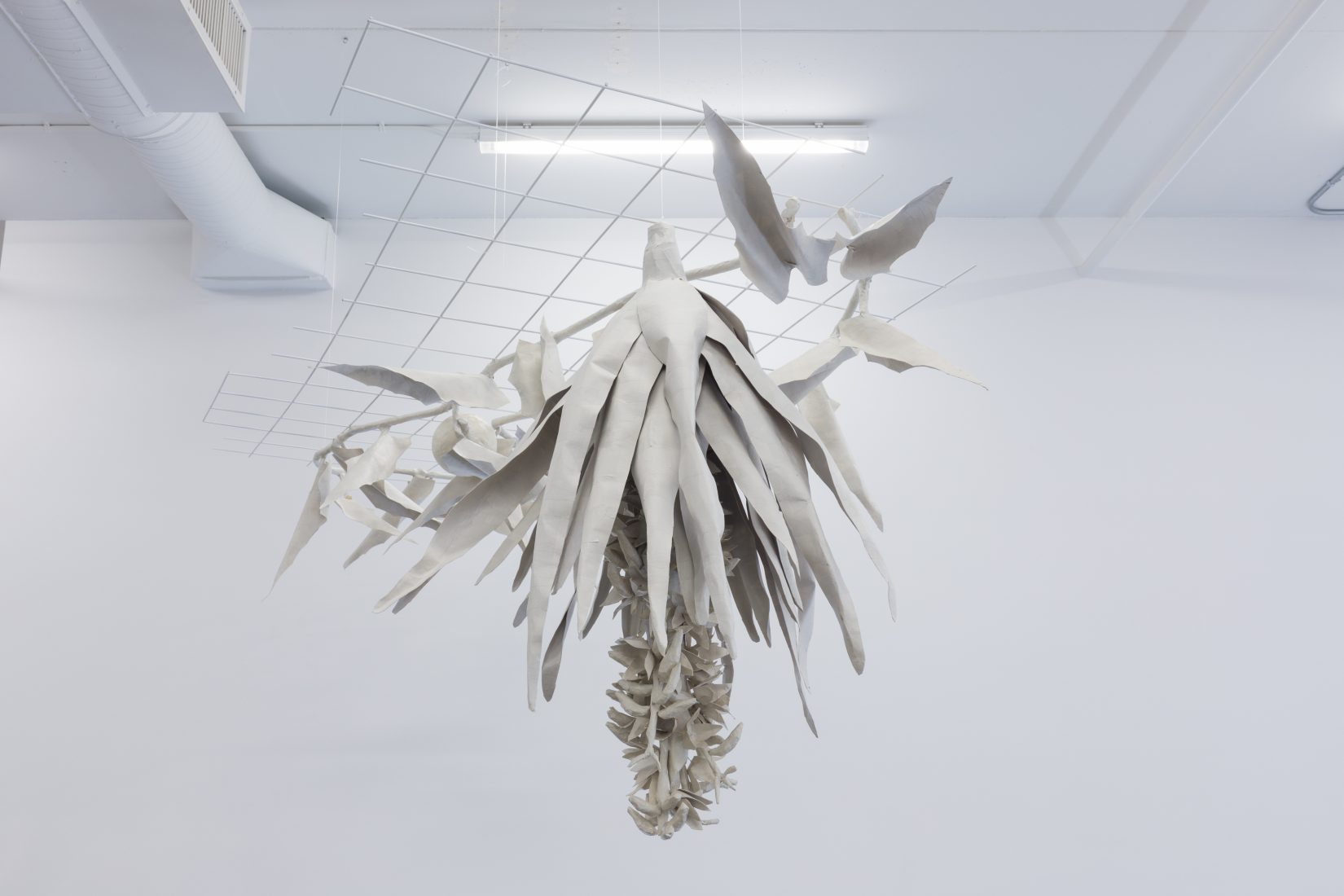 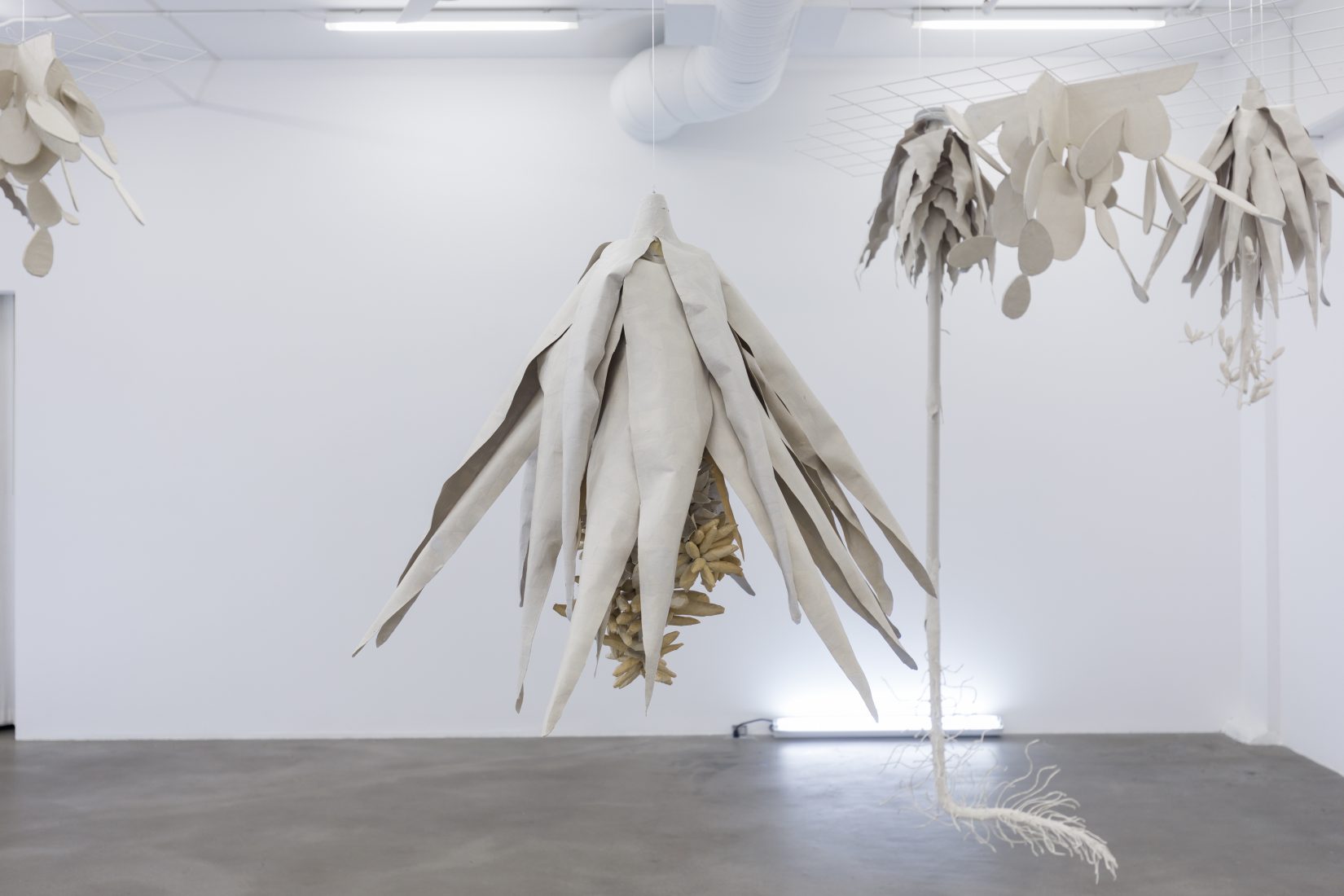 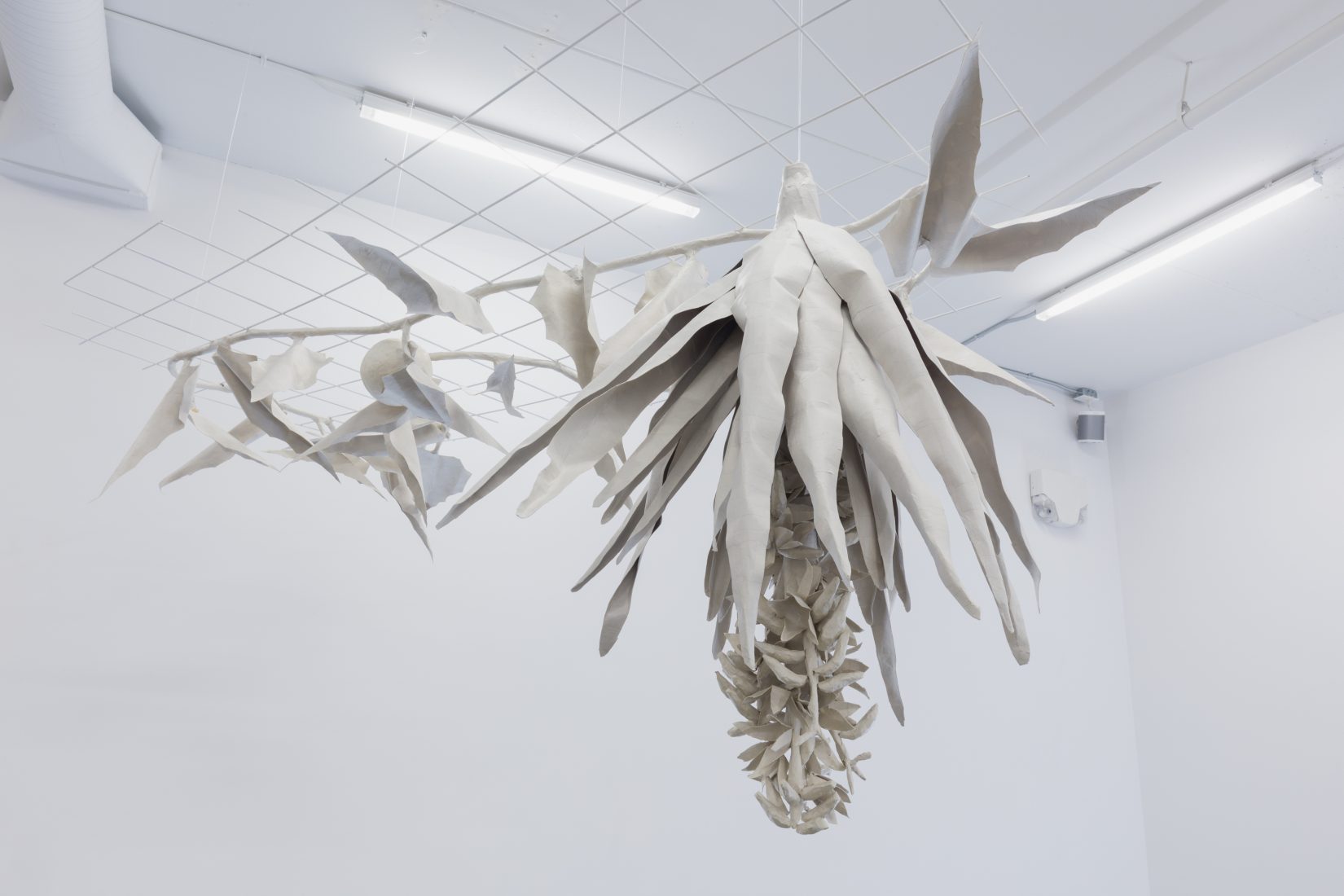 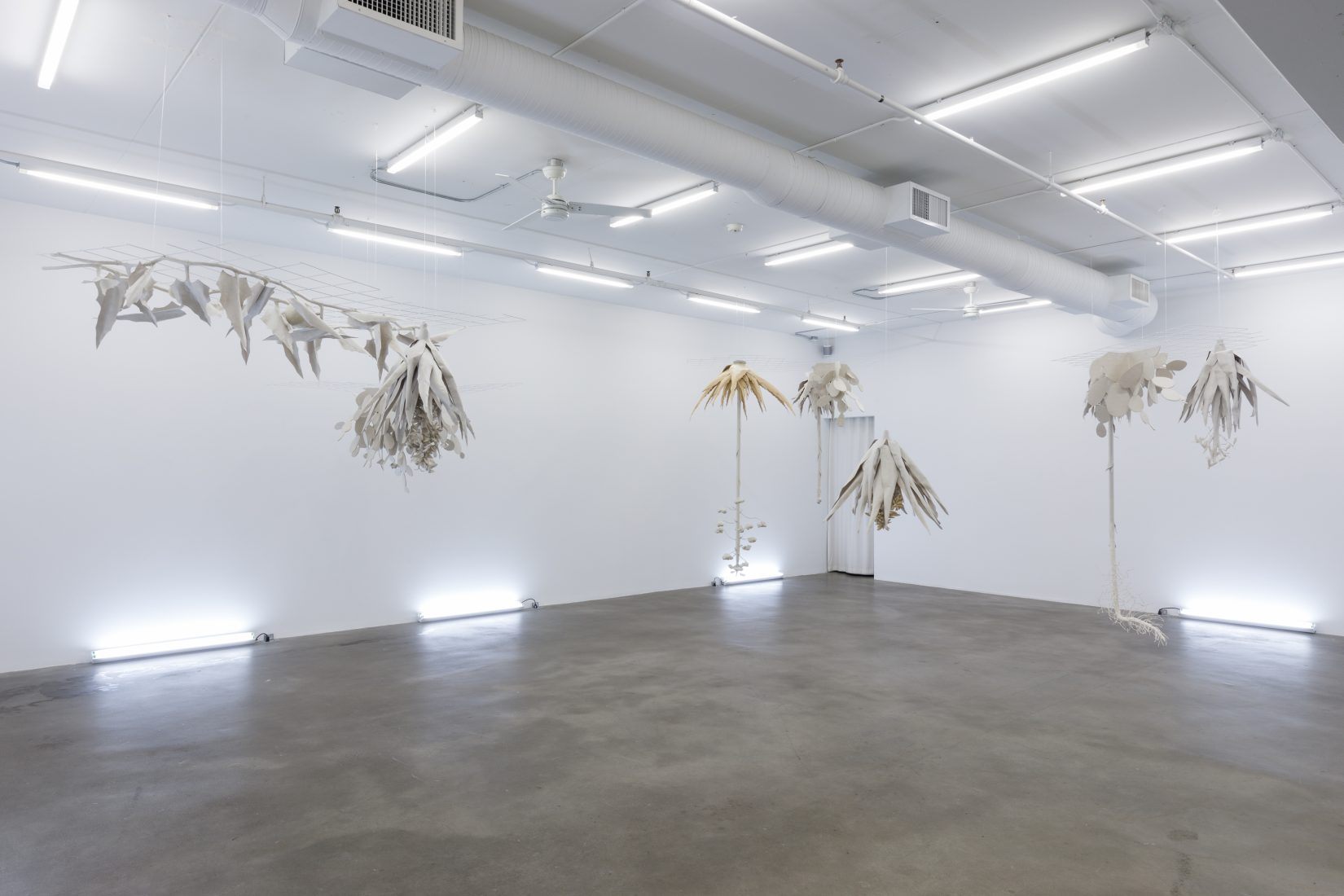 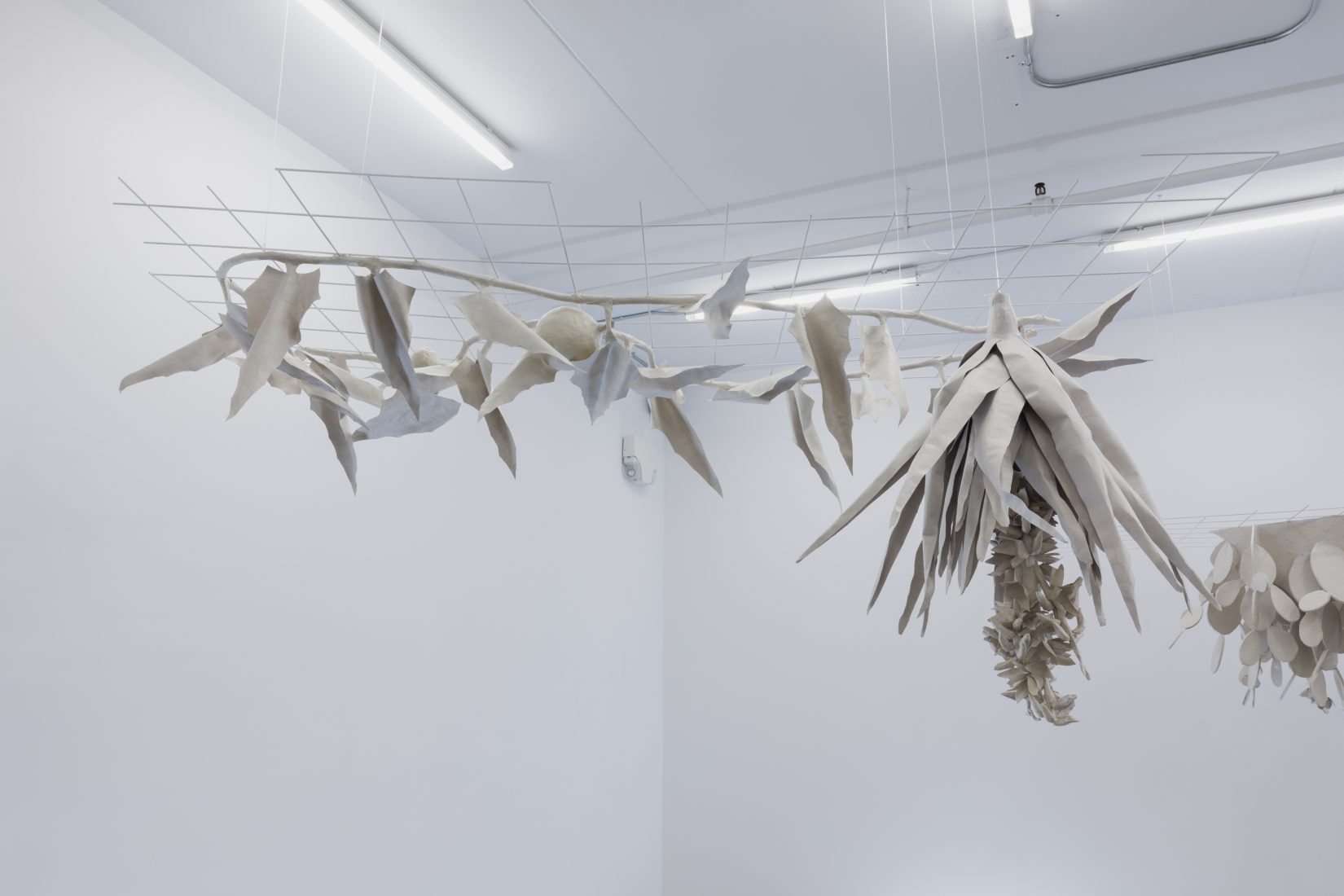 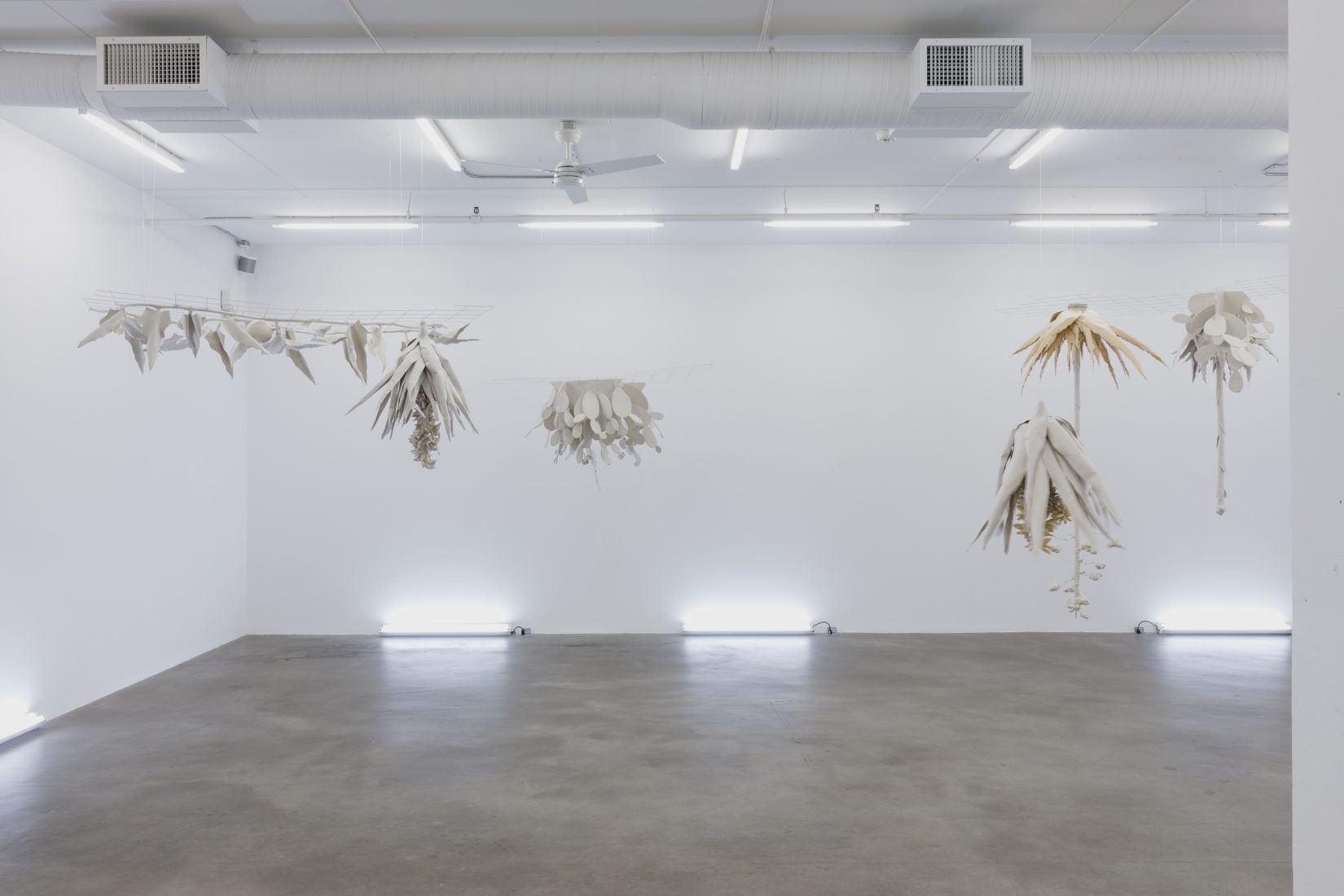 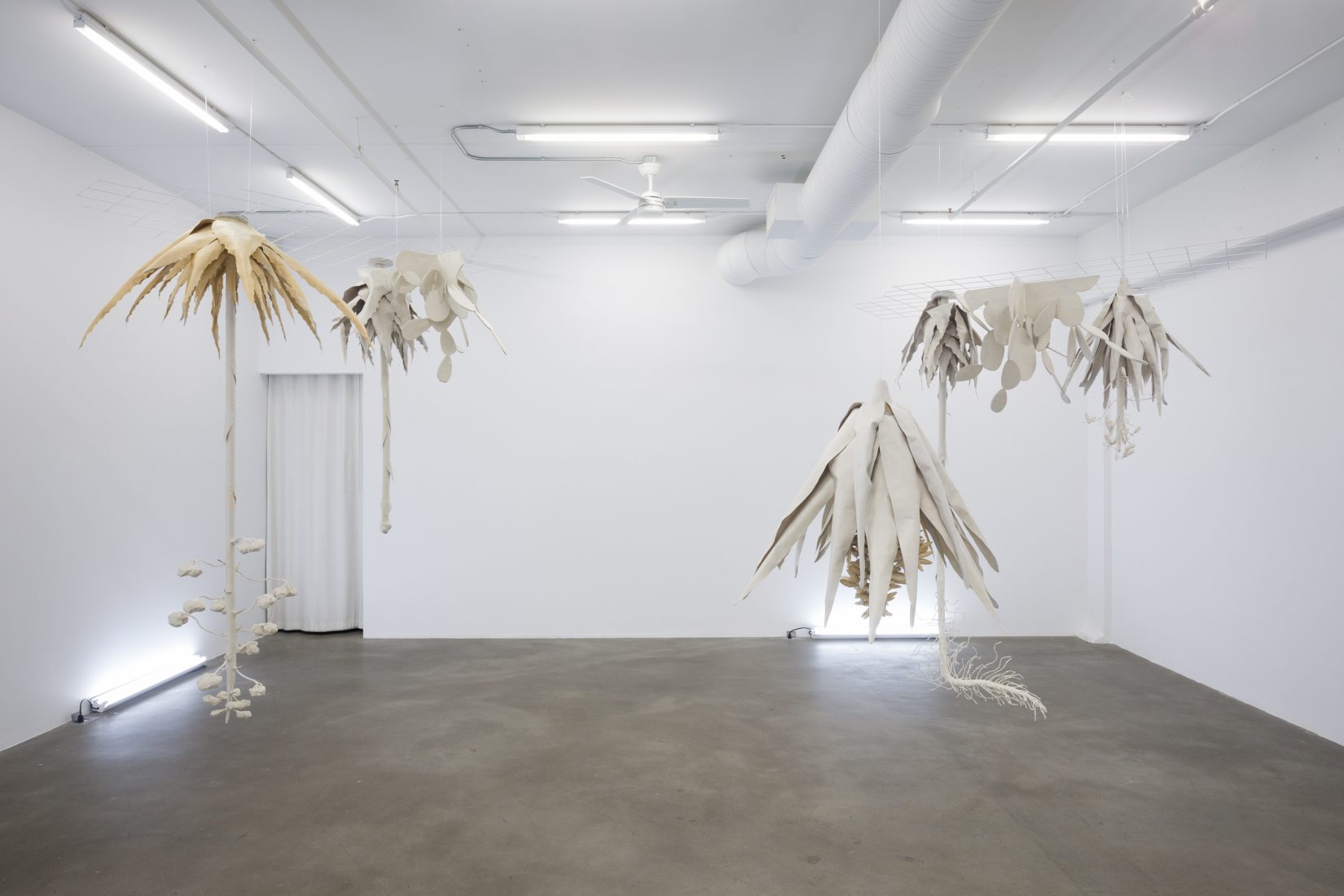 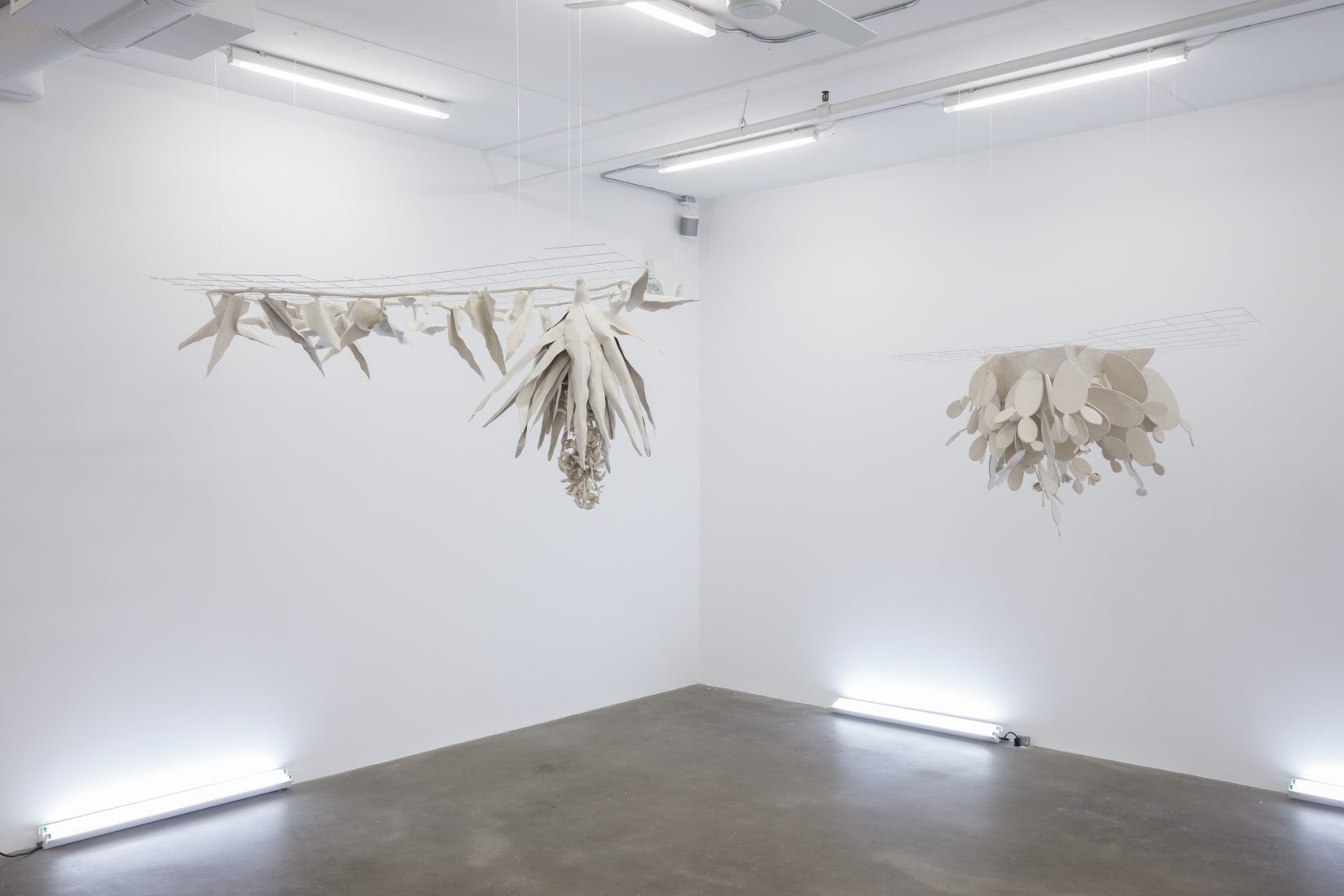 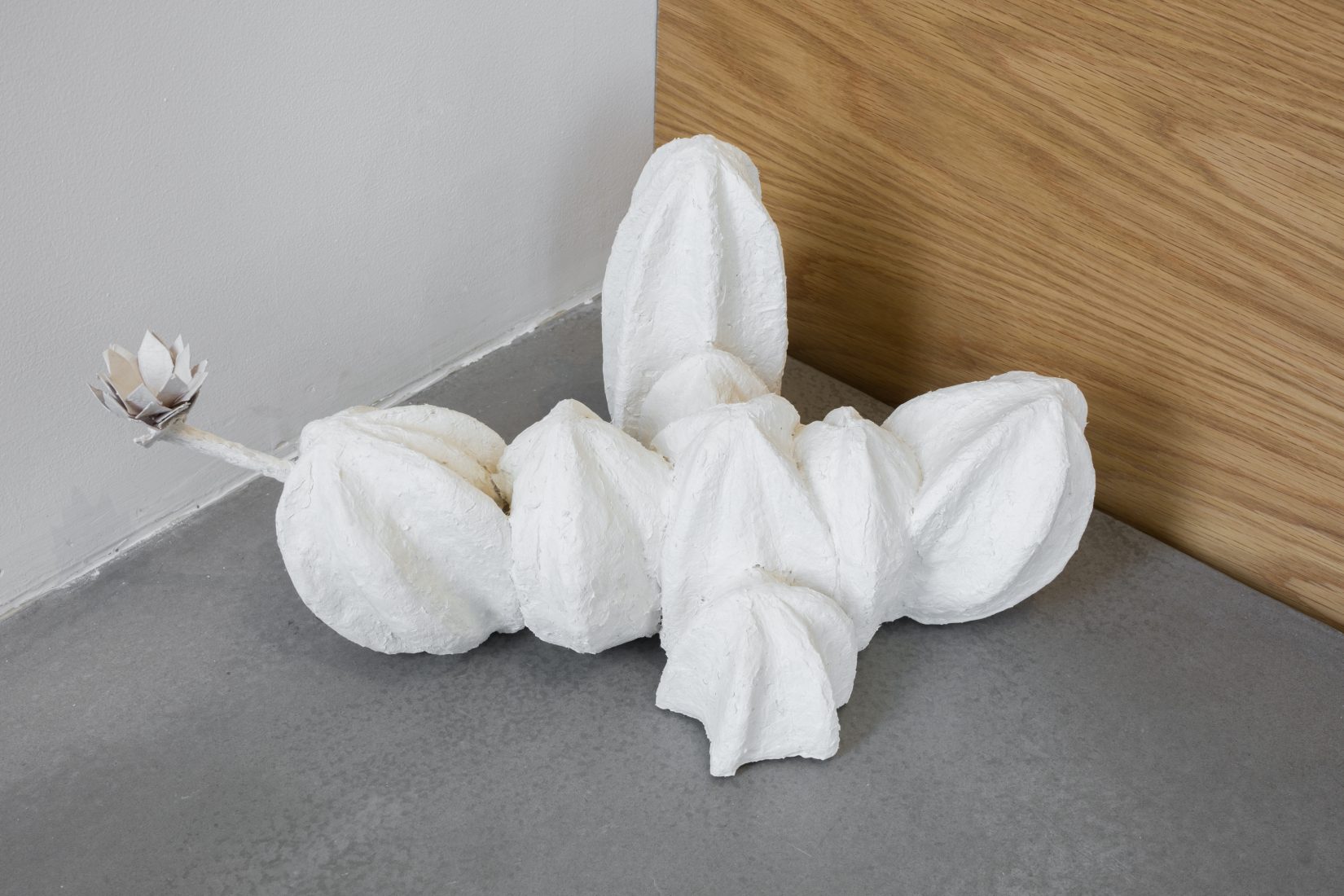 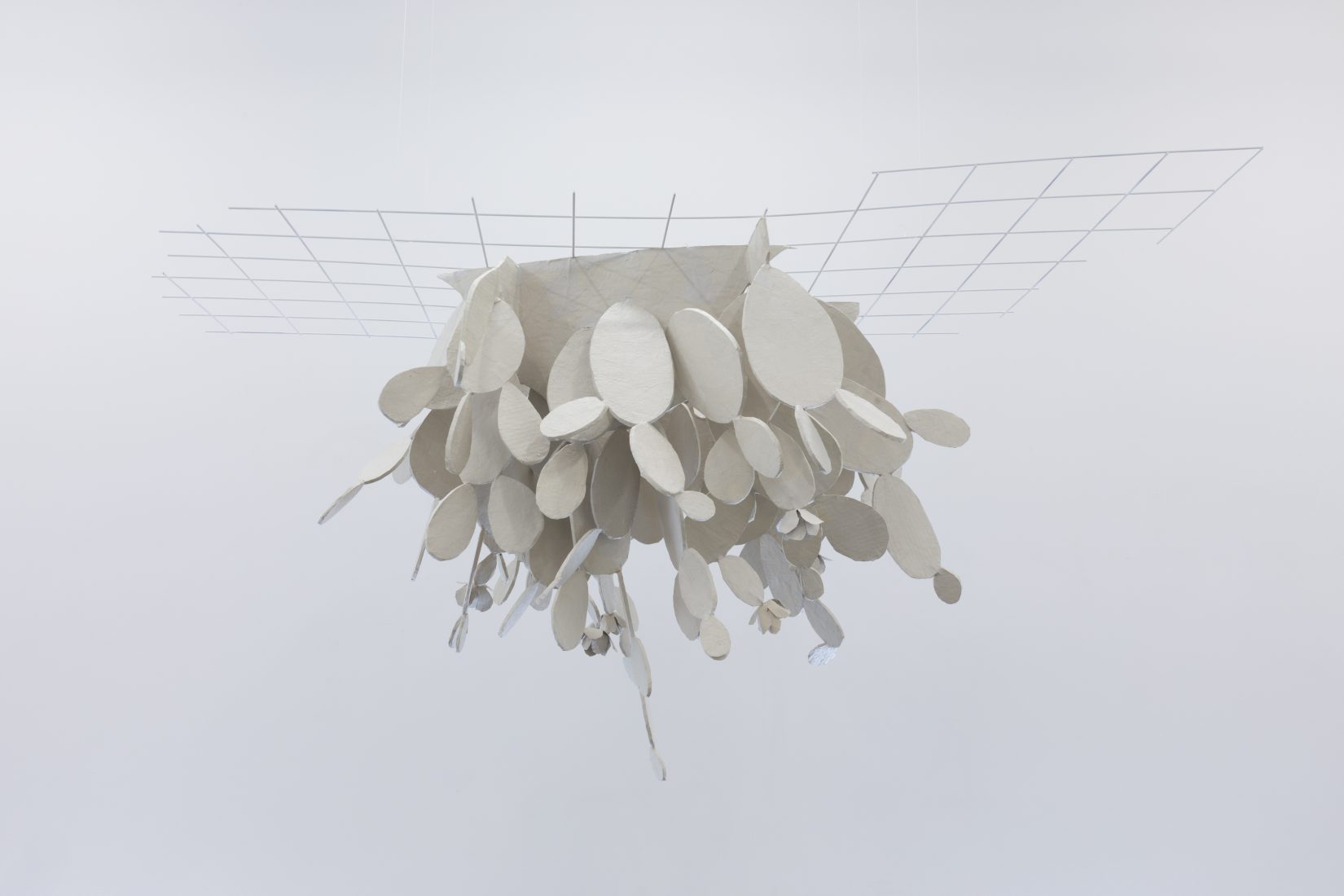 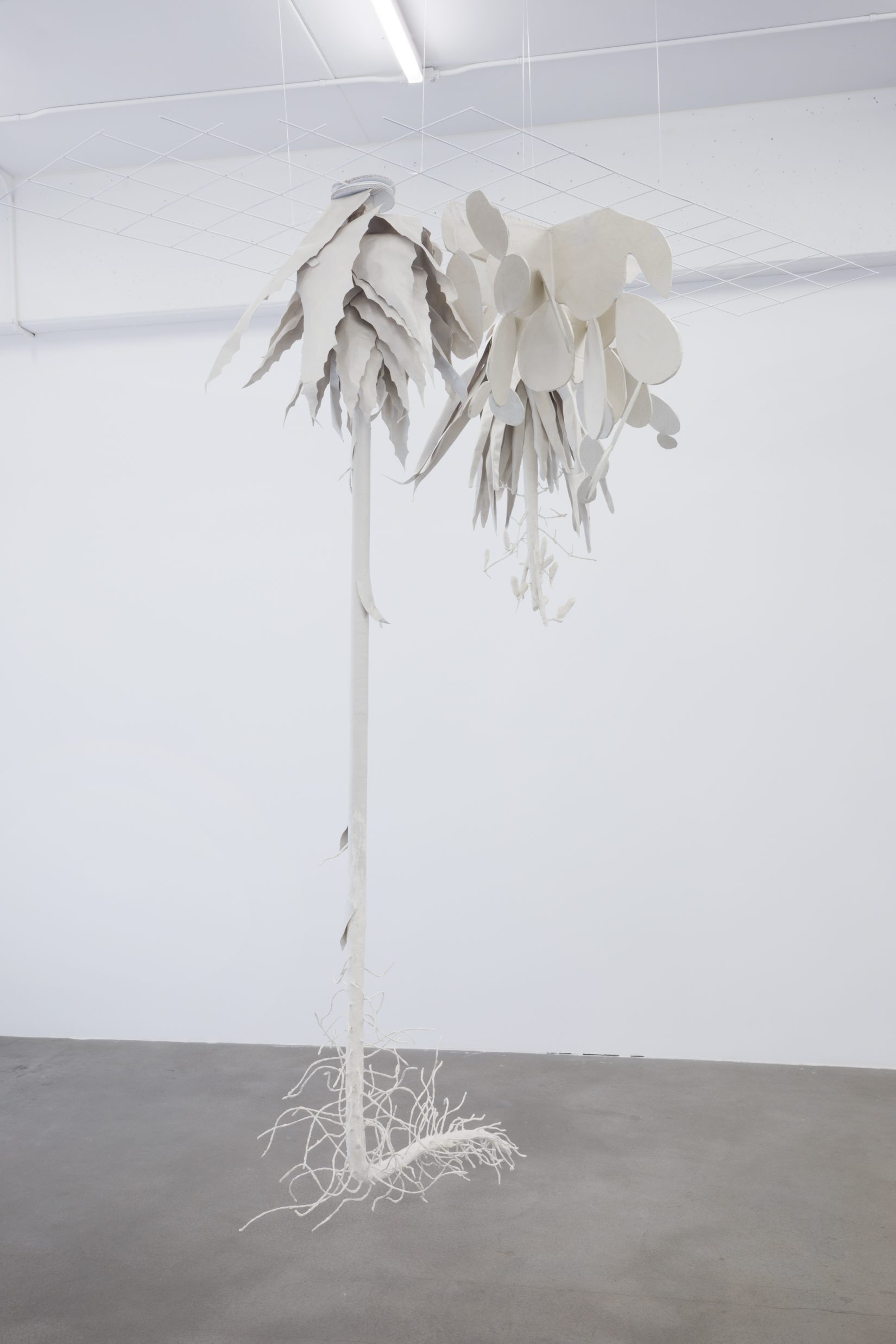 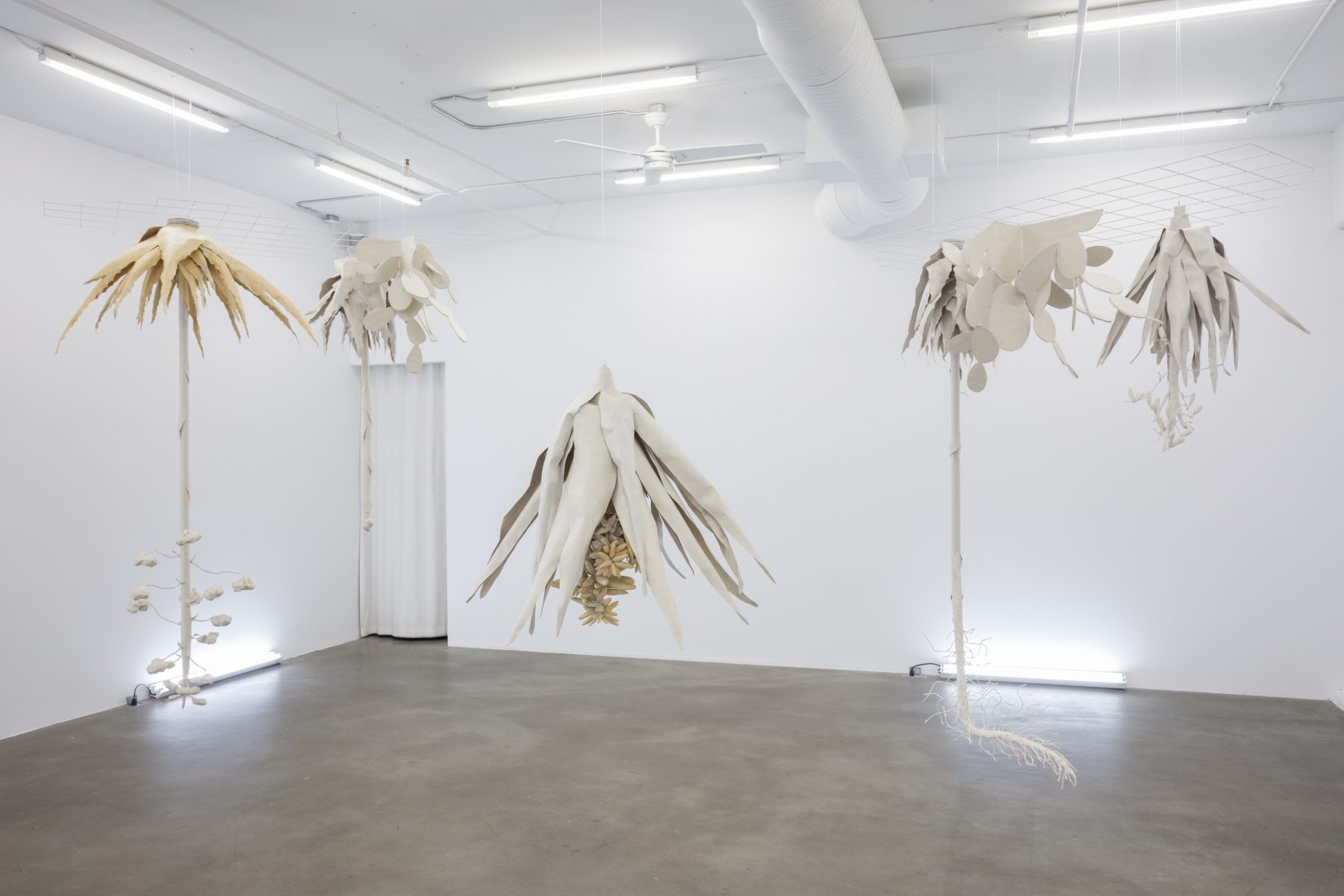 Quiescence: a state of inactivity or dormancy; waiting for the right conditions to flourish

Holly Schmidt’s art practice is deeply connective. She examines not only human, constructed social systems, but how these systems are entangled with other beings.

The creation of these works was a solitary and material process, which may seem to be anomalous in the context of Schmidt’s greater practice. However, the dormancy referenced in the show’s title refers not only to the slowness and quietness of its making, but to the germination of the show’s idea, planted during a 2014 residency at the Santa Fe Art Institute.

Following the residency, Schmidt returned in 2015 to produce a project, Till, that explored food justice in the city of Española by contributing to the efforts of local youth and community leaders engaged in art and agriculture. As part of Till, Schmidt hosted a series of after-school workshops at Moving Arts, where together, they created papier-maché sculptures of local plants. To many, this technique is socially-oriented, calling up memories of early childhood group educational settings, and it remained in Schmidt’s mind as one to return to.

During this time, she also developed an affinity for this region’s native plant life and unique ecoregion known as the New Mexican Plateau. Flora such as banana yucca, buffalo gourds and prickly pear cactus, are resilient and adaptable, thriving in their desert environment despite extreme fluctuations in temperature and precipitation. Here, as in all ecosystems, human societies enmesh with these plants, from the deep, reciprocal relationships they hold with Tewa speaking nations of the Northern Pueblos, to their popular association with the 1960s and the rise of communal counterculture.

As she did in the 2014 workshops, Schmidt has paid homage to these plants by recreating them out of papier-maché, using only cornstarch, water, and paper, along with peppermint oil to ward off pests. She also leaves the works unpainted, allowing them to naturally yellow and disintegrate as the organic materials they are composed of degrade.

The works are grouped together in clusters and suspended, inverted, from the gallery ceiling in, what Schmidt calls a ‘flipped topography’. While they are still comprised of organic materials, Schmidt subverts the context in which we usually interact with plants – inviting a more intimate contemplation of beings that so often fade into the scenery.

Holly Schmidt acknowledges the inspiration, guidance, and learning she received from Roger Montoya and Salvador Ruiz-Esquivel, Co-founders and Directors of Moving Arts Española. This incredible organization recently celebrated ten years of providing affordable, performance and visual arts education and free nutritional and academic support for children ages 3-18. To help continue their work to build community and create a loving and supportive place for children, please consider reading more about their mission and making a donation – https://www.movingartsespanola.org.