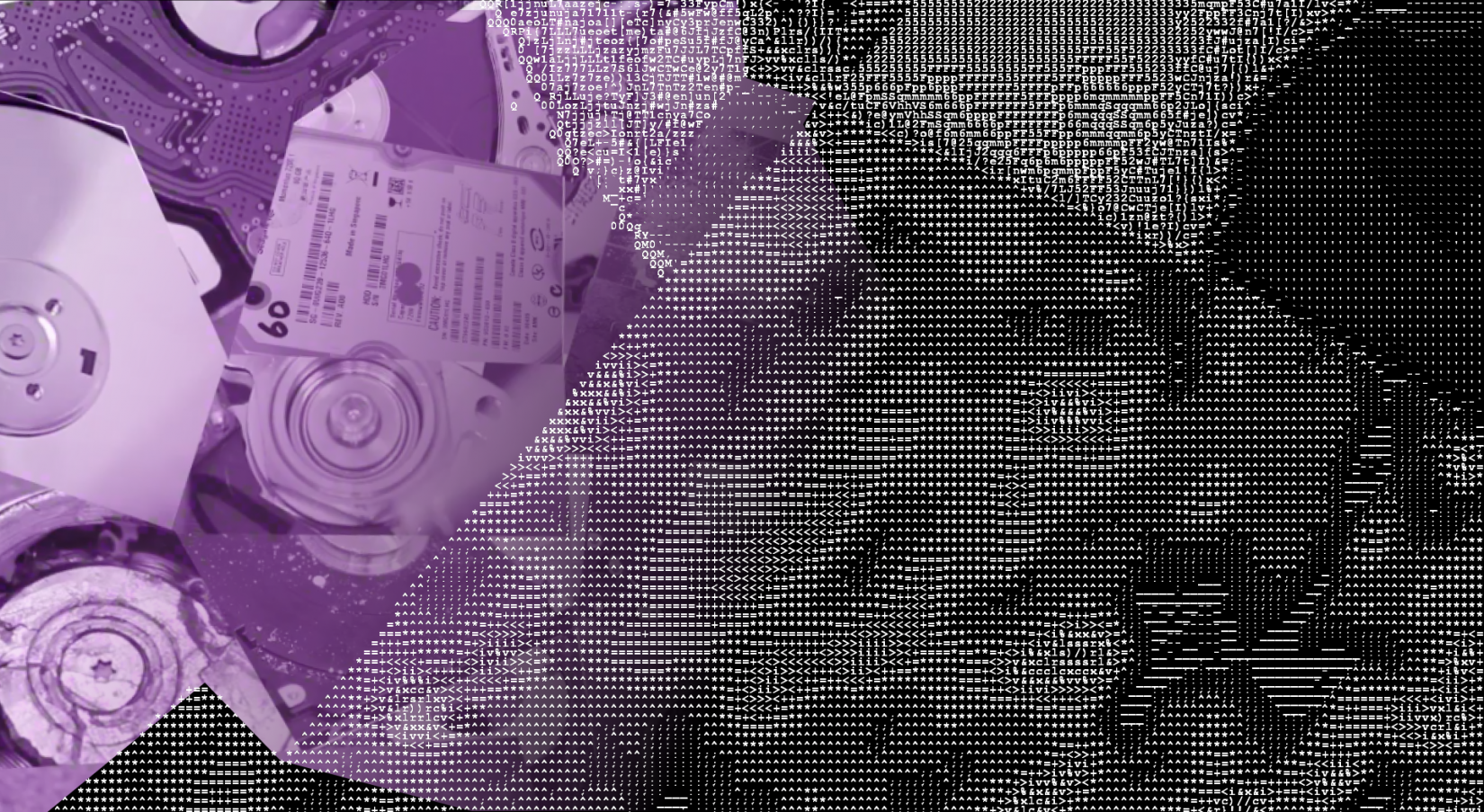 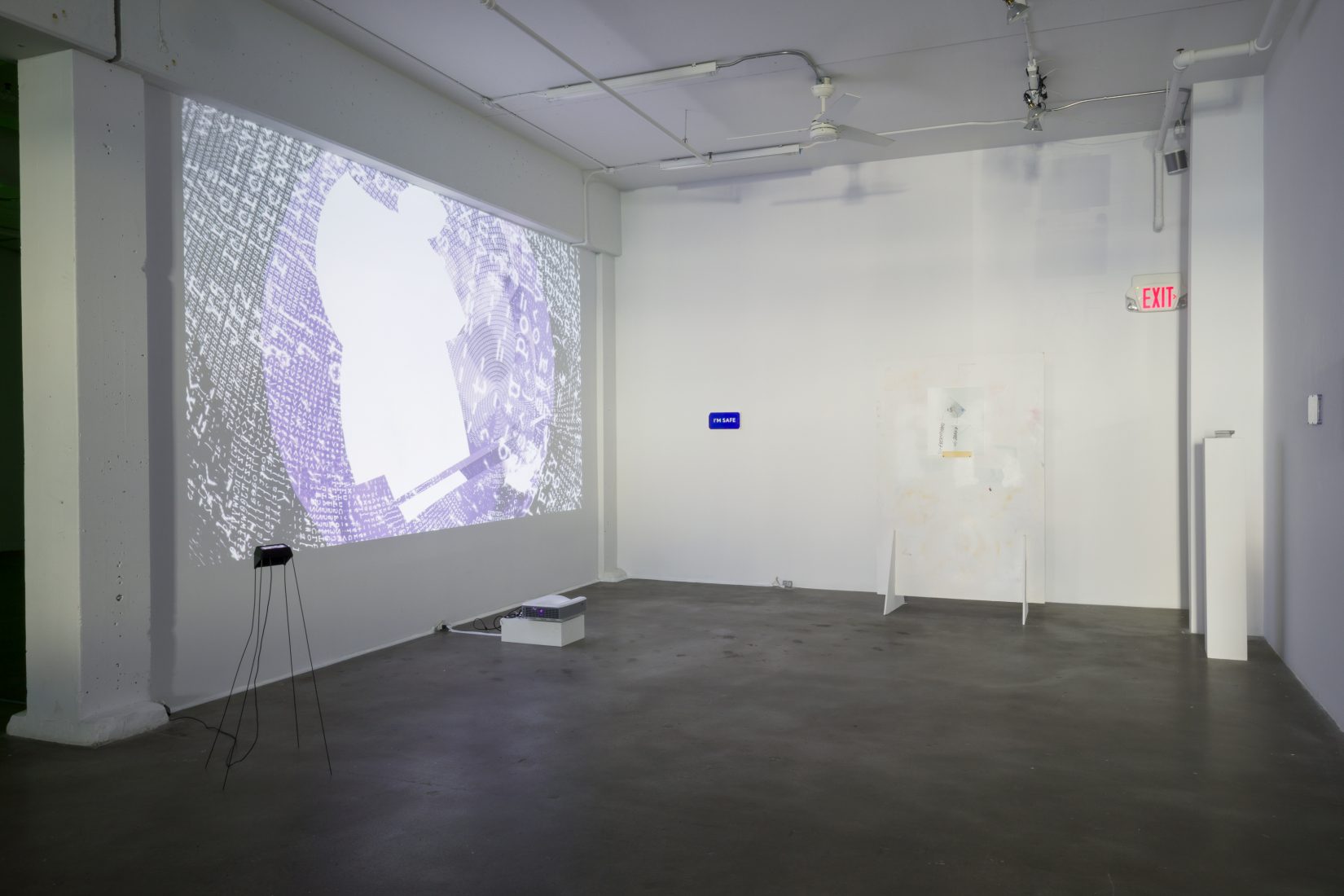 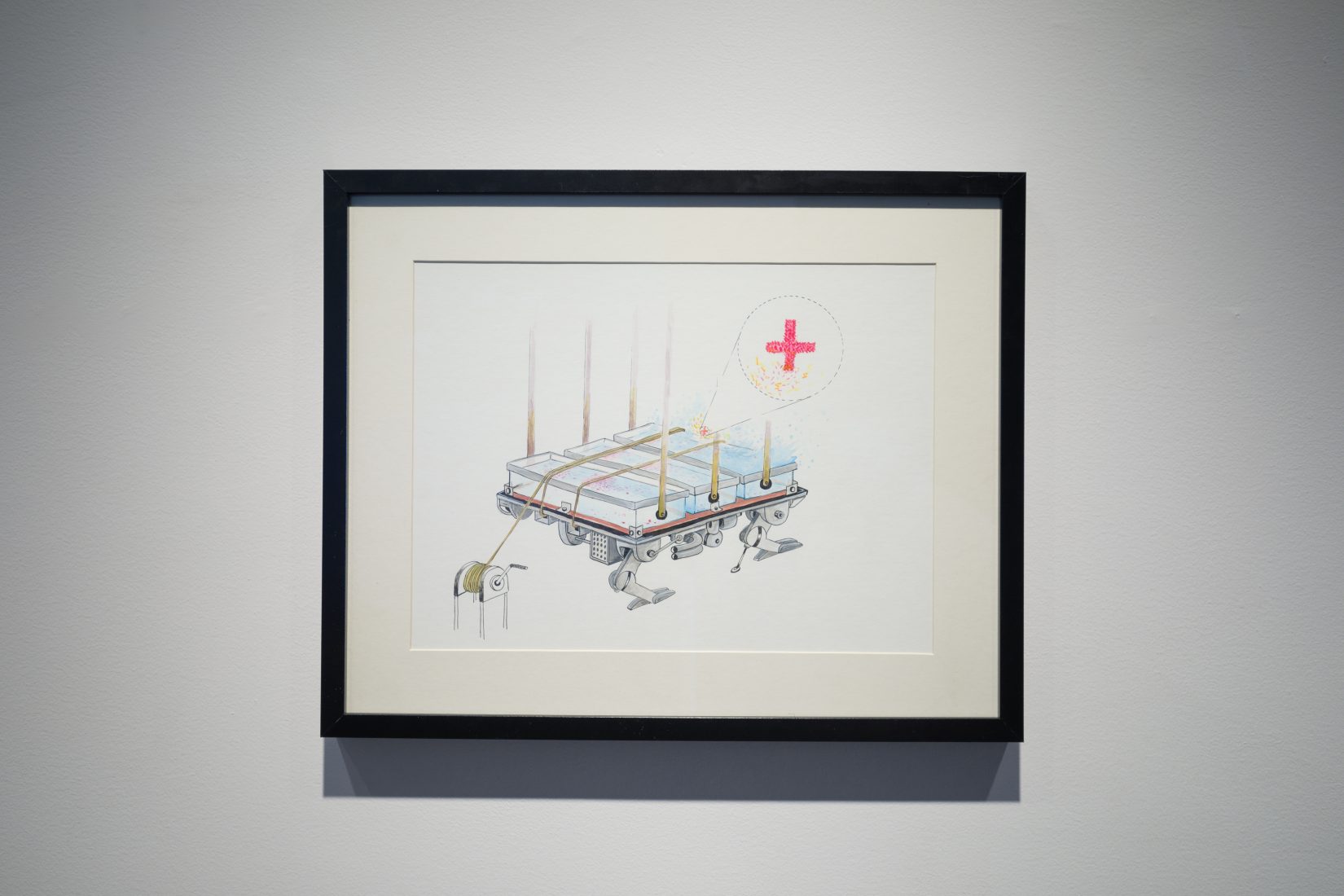 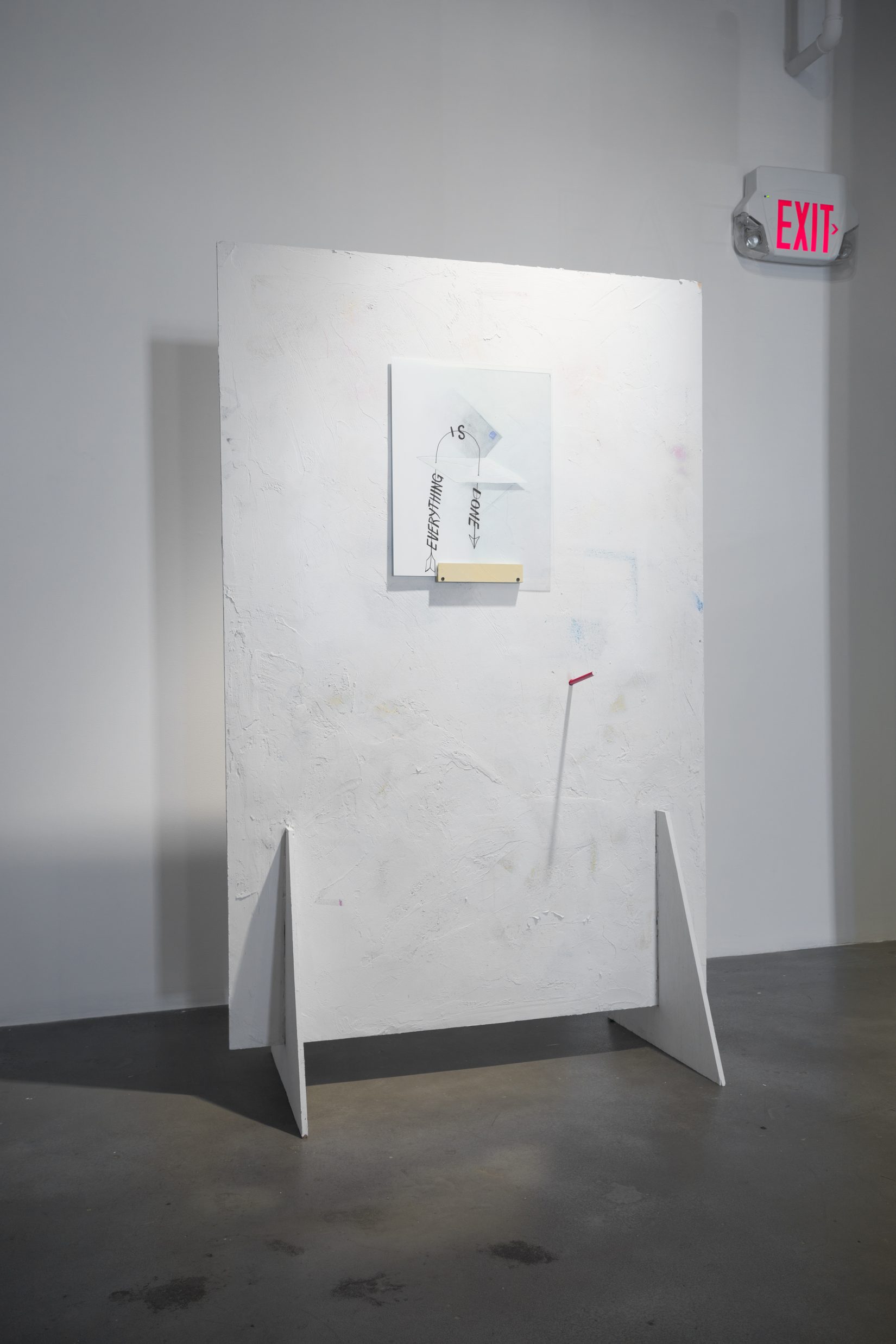 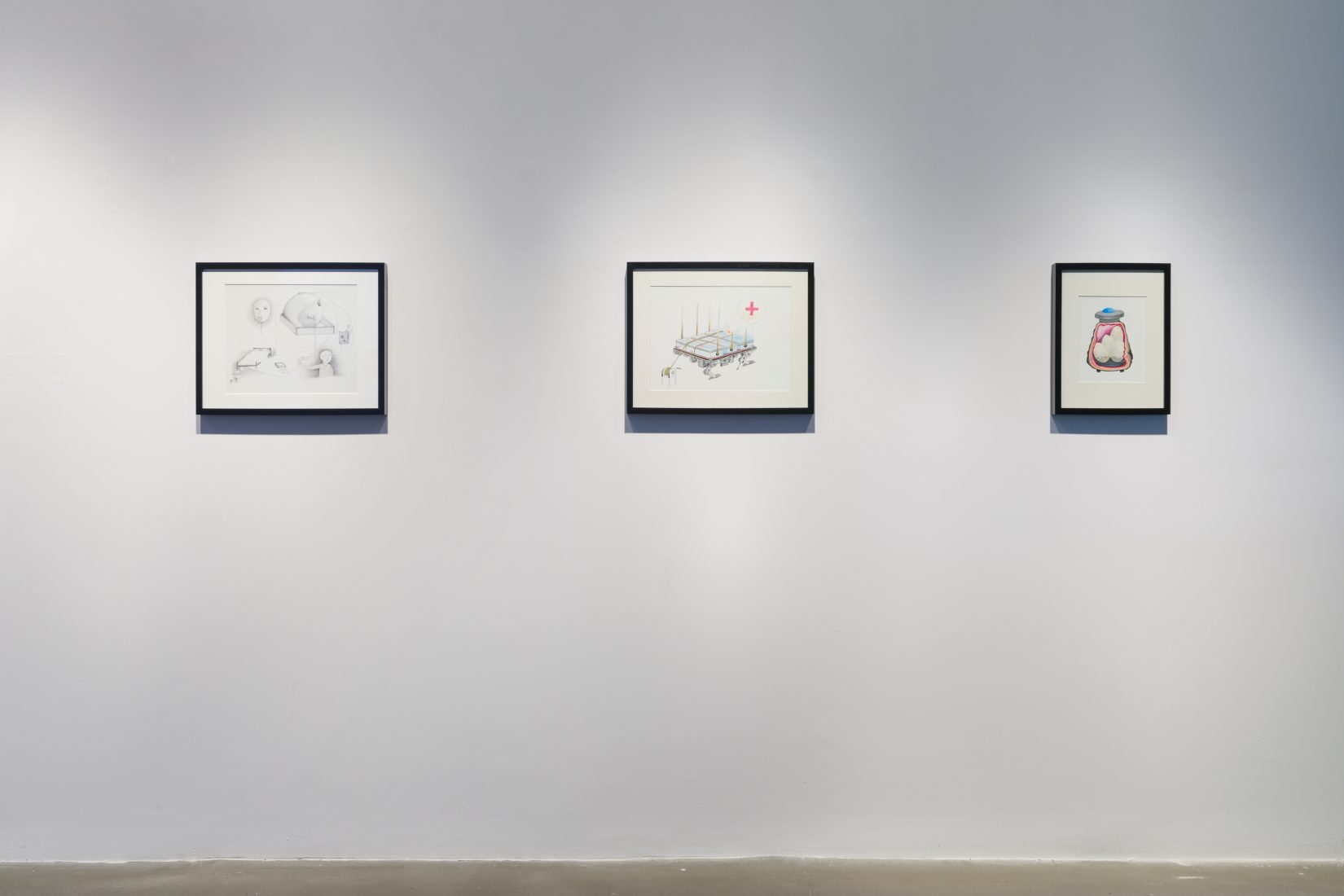 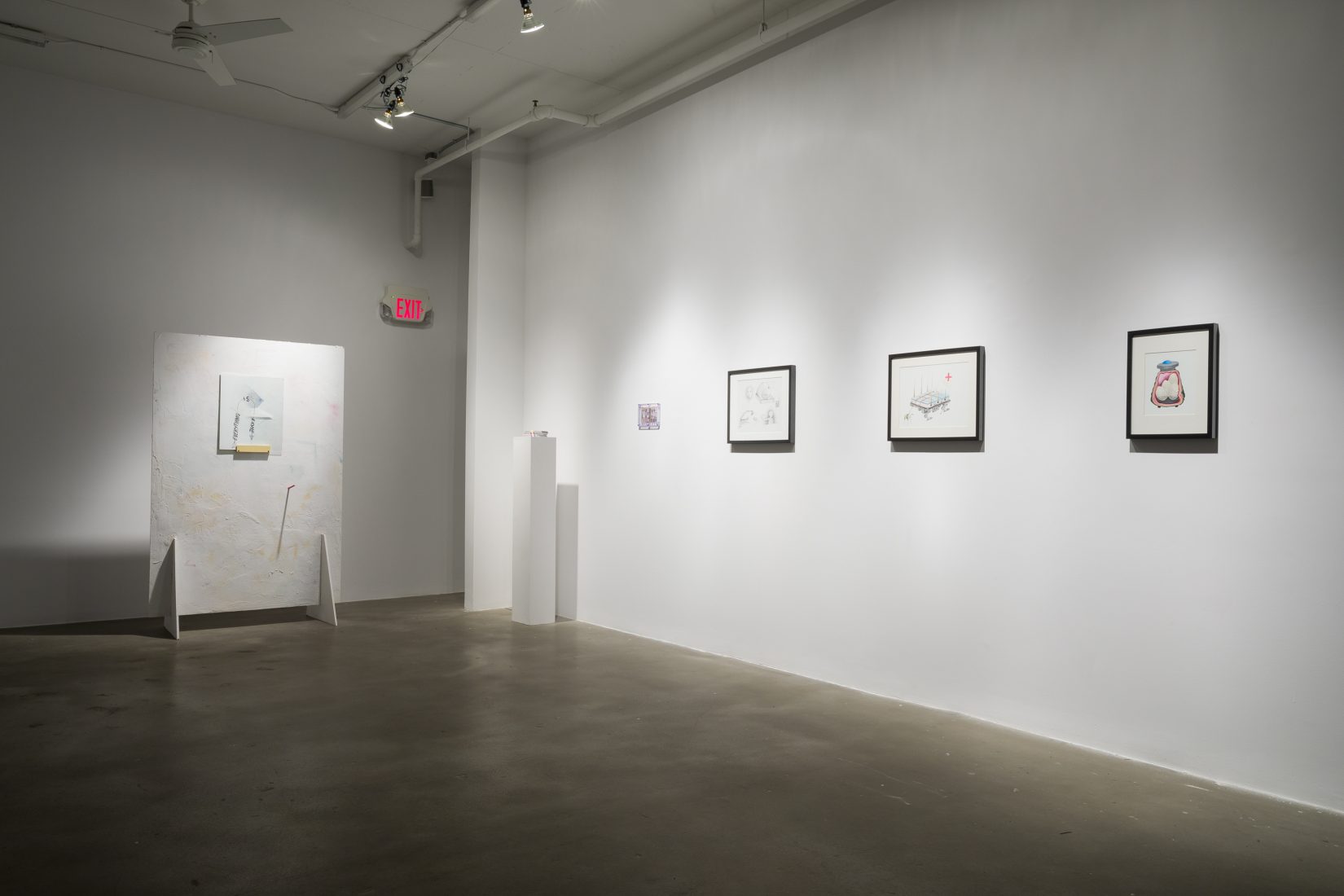 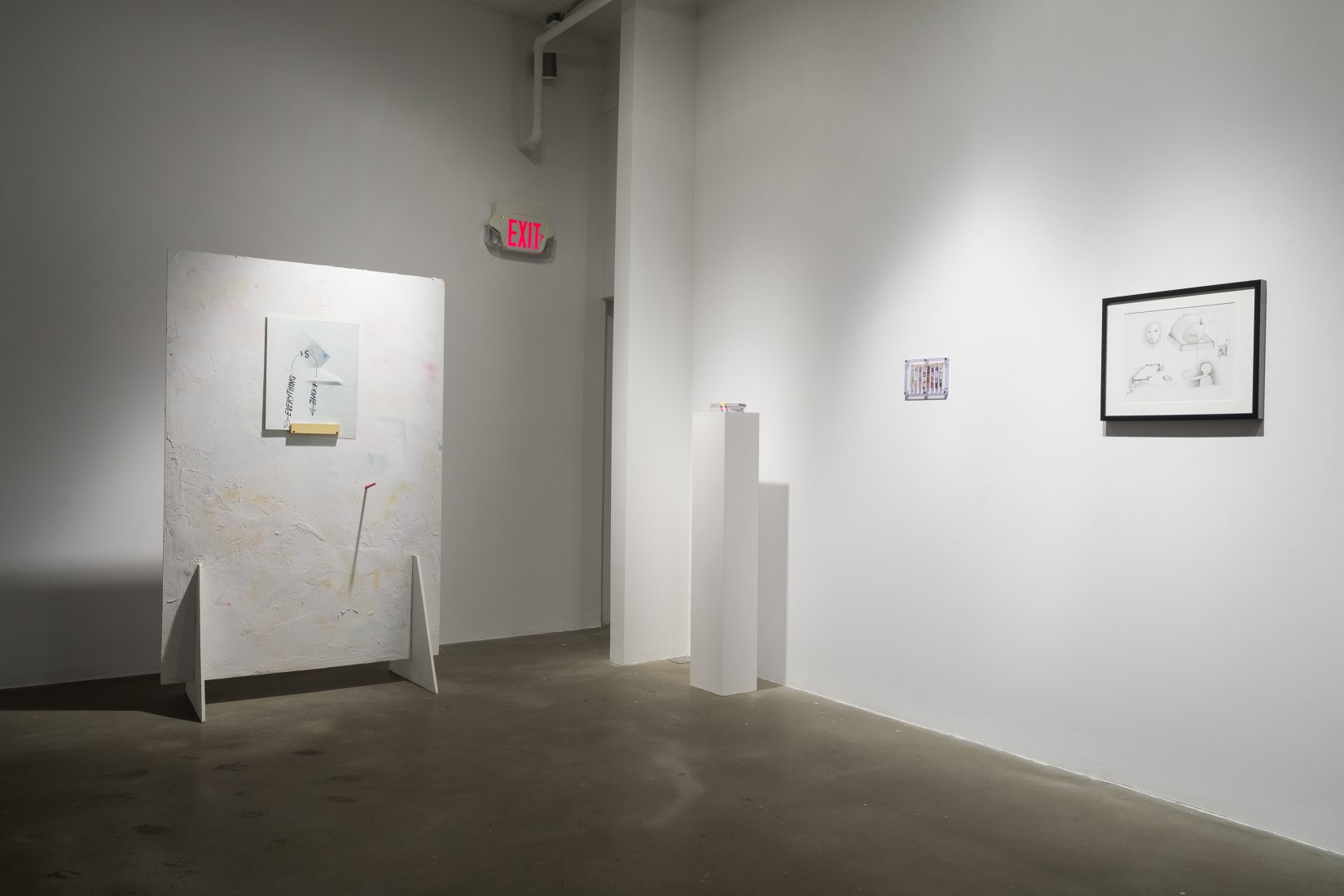 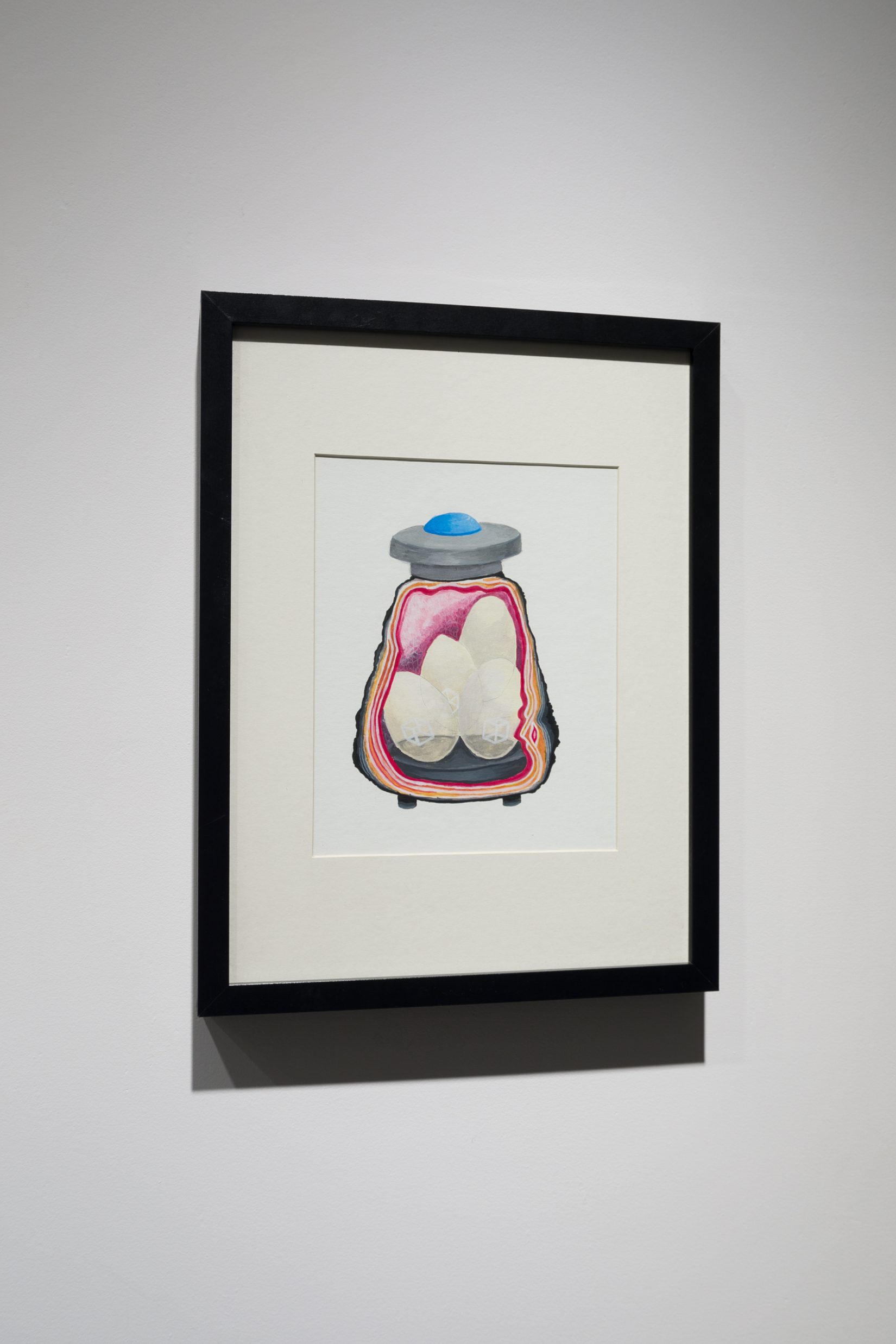 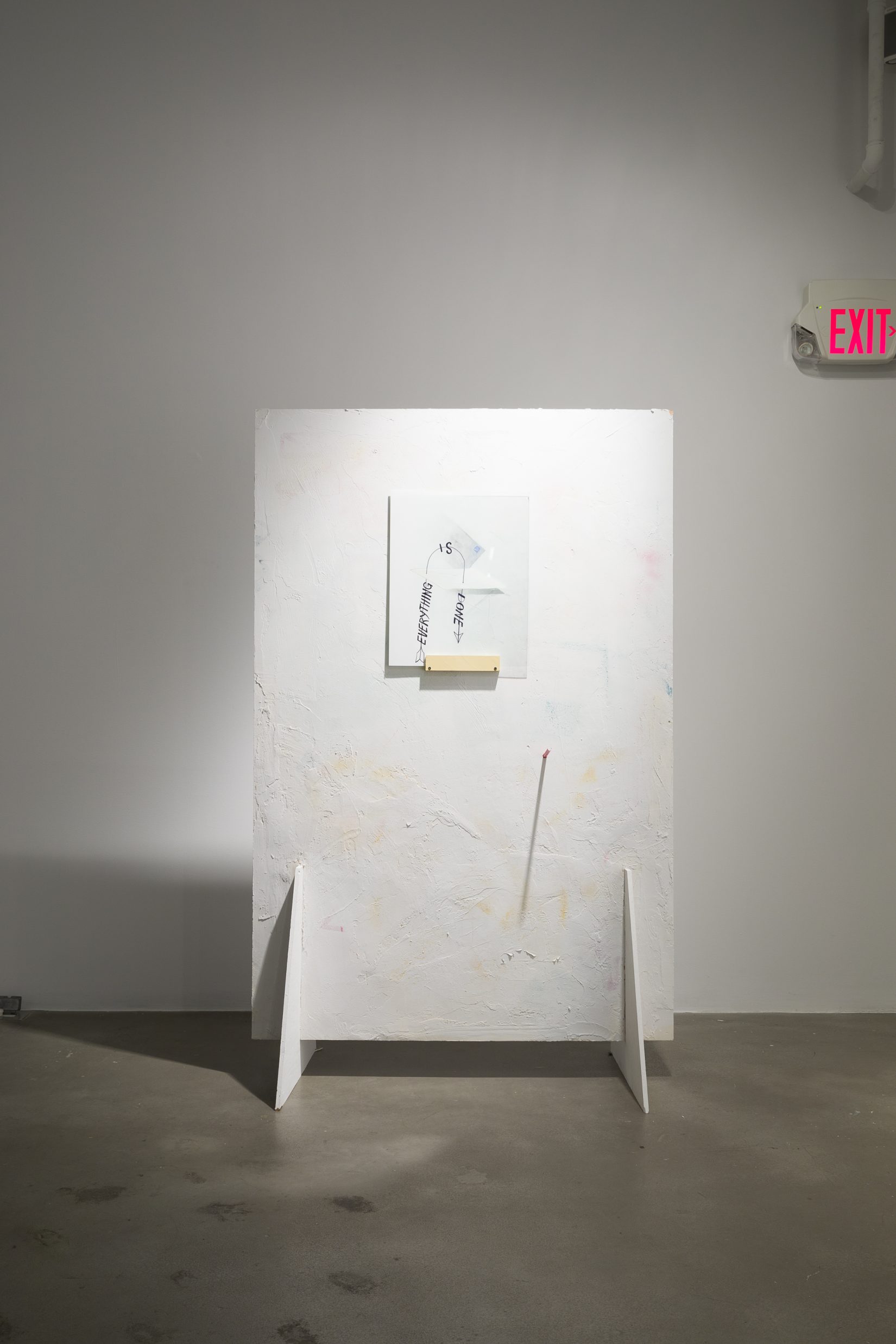 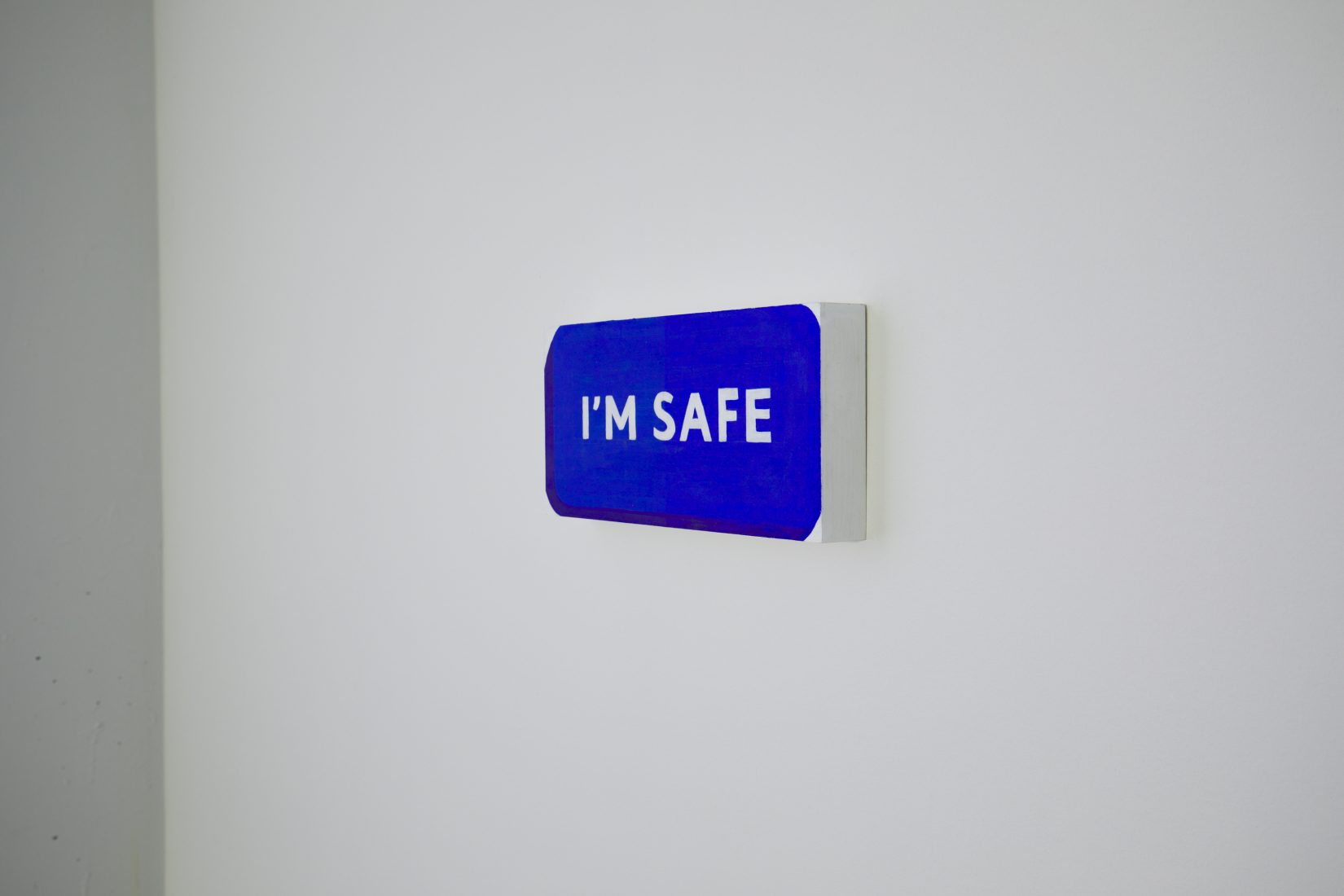 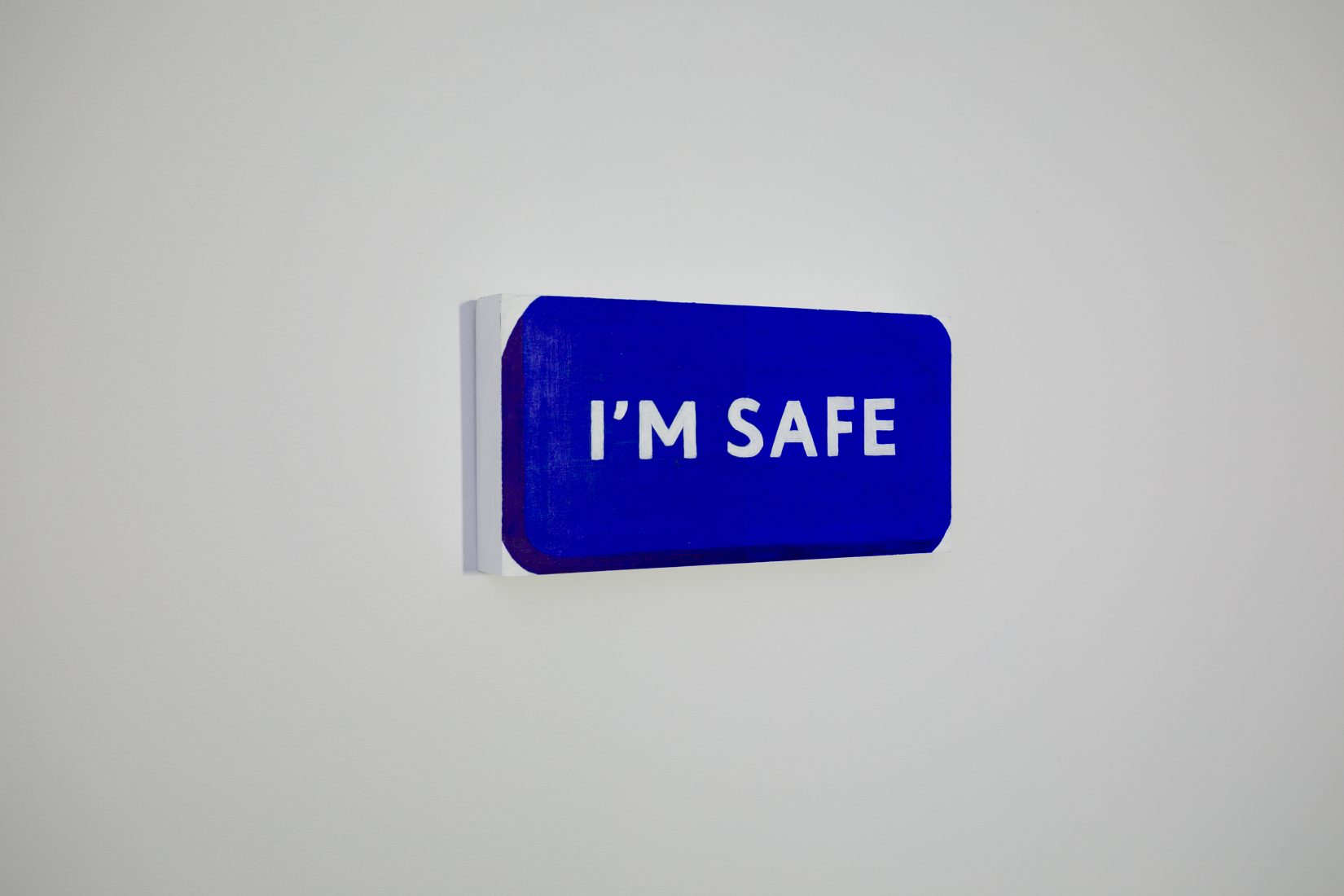 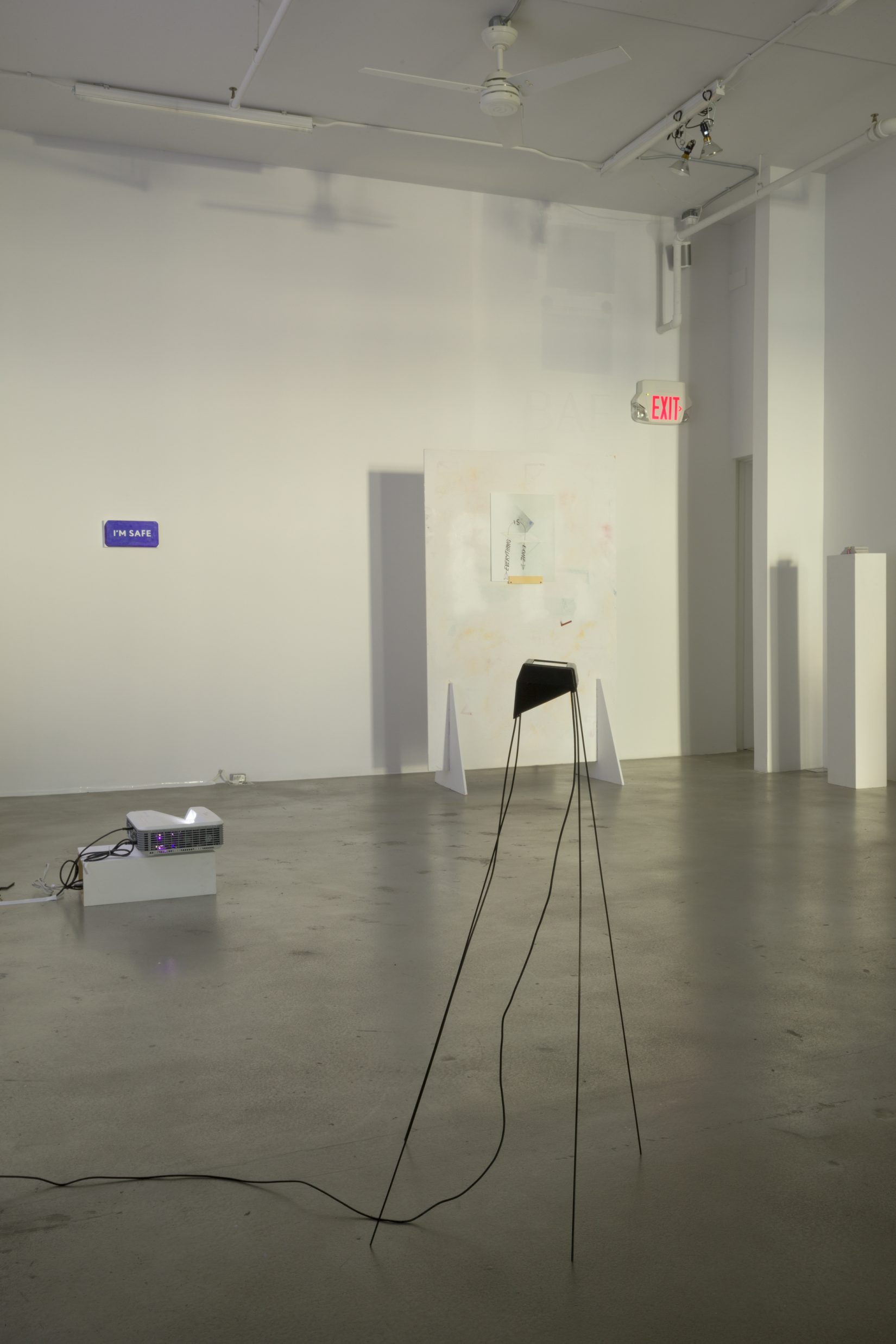 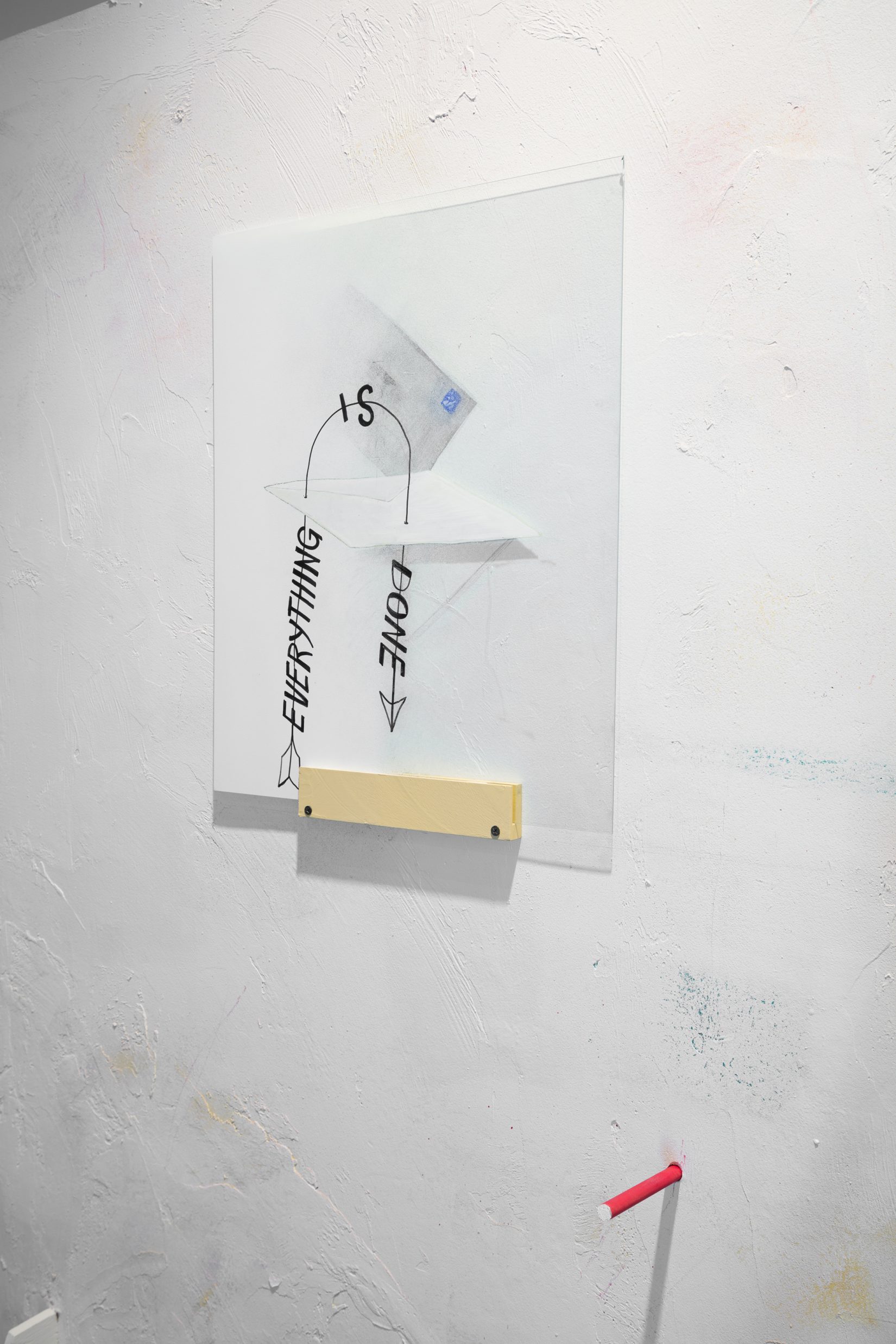 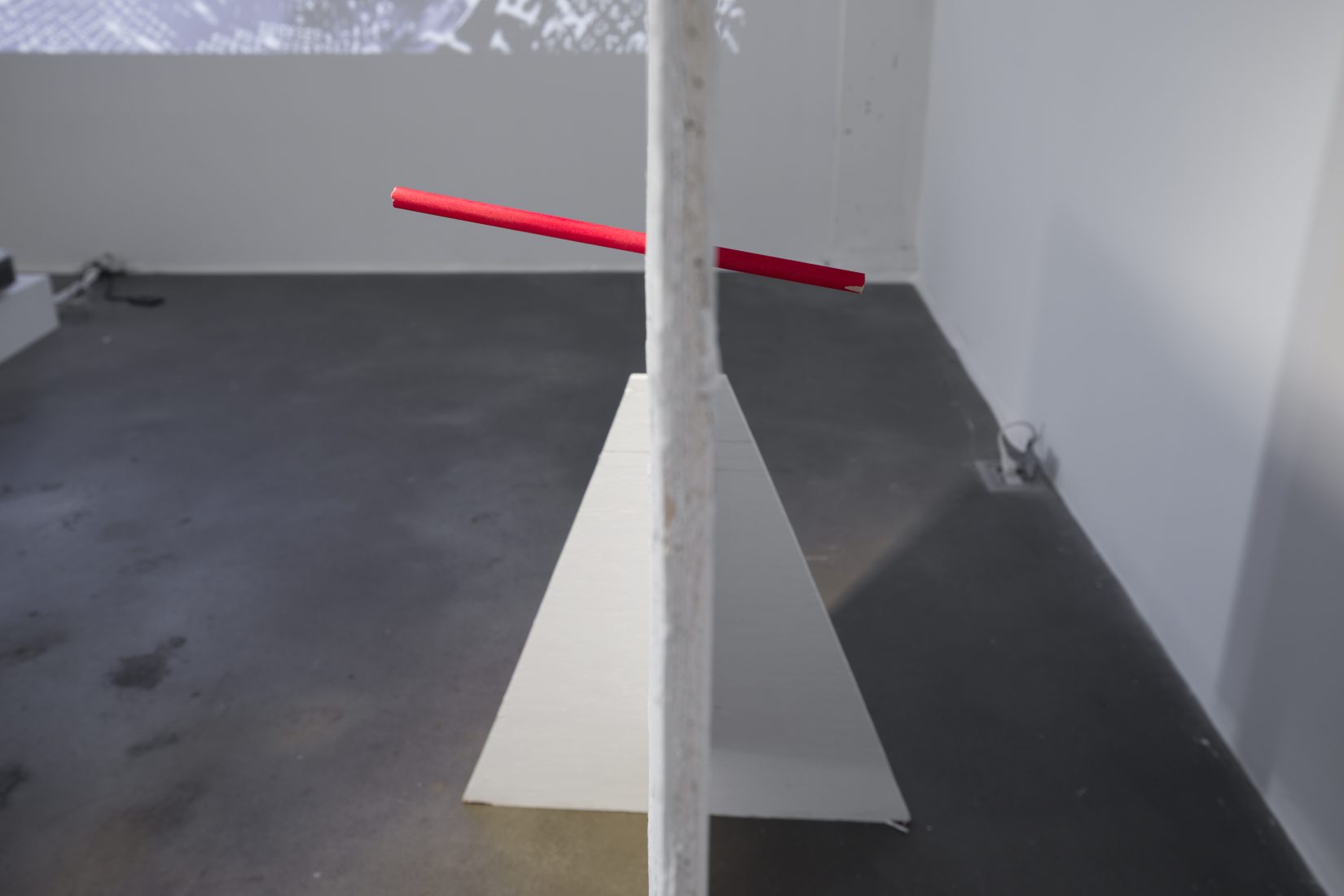 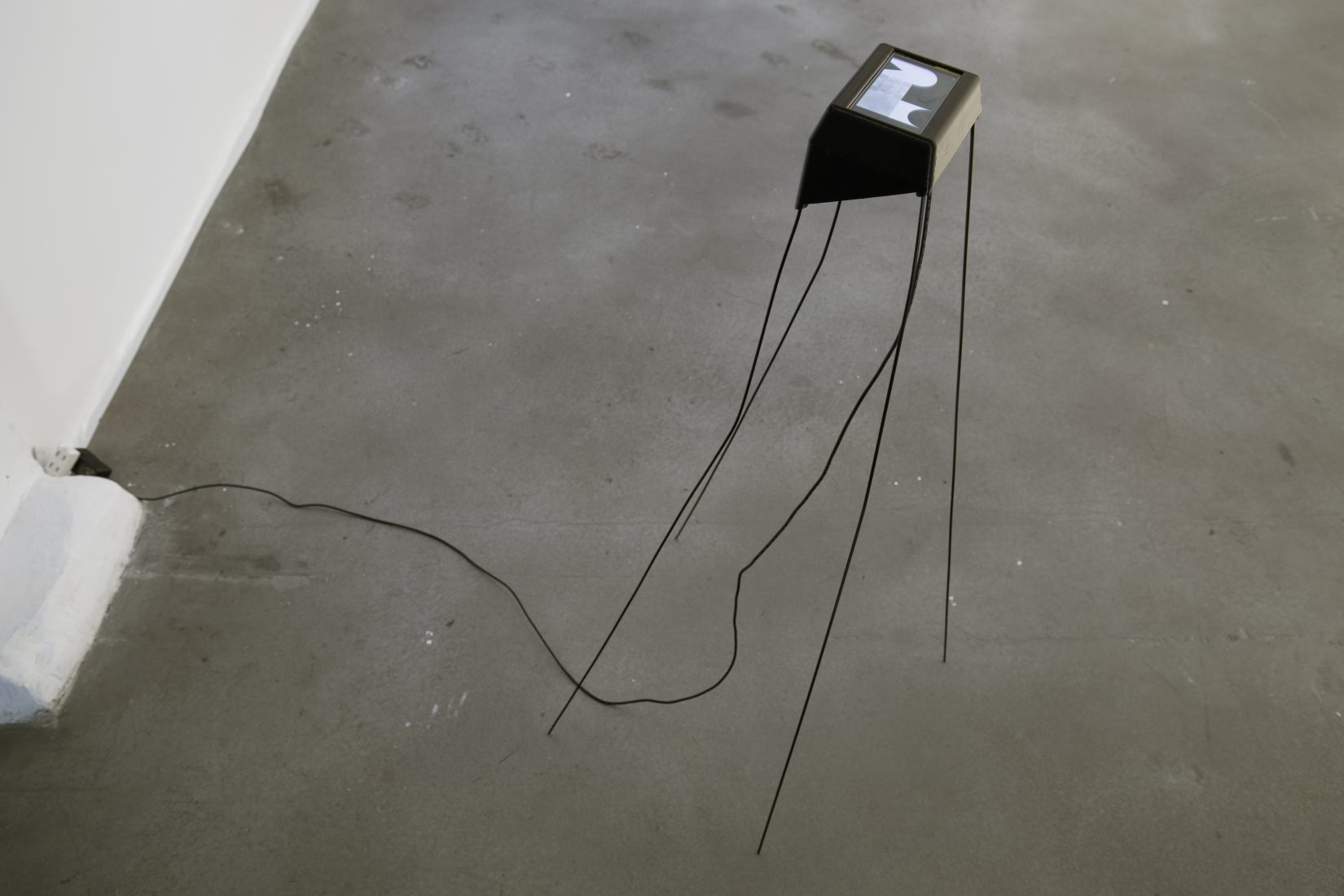 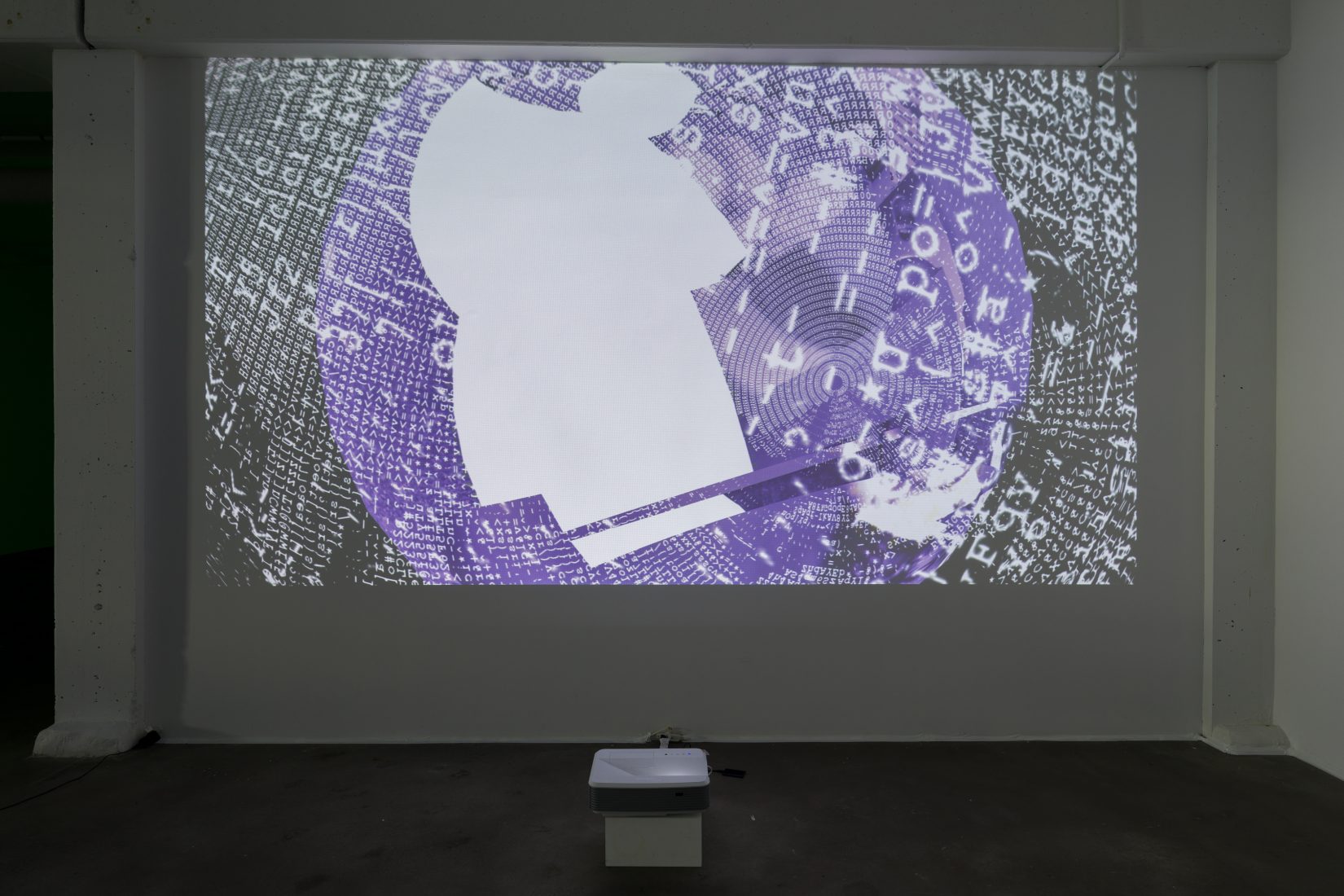 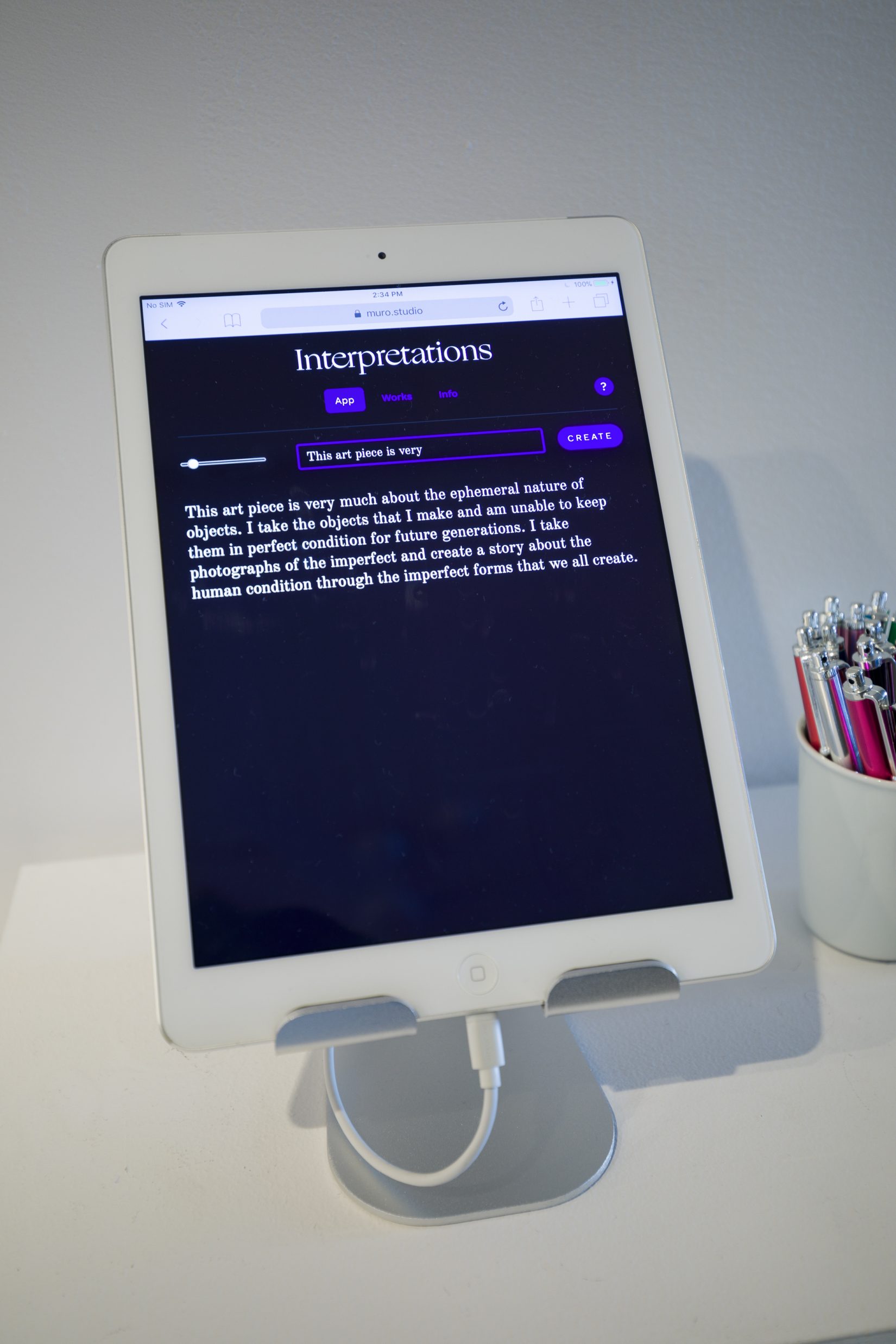 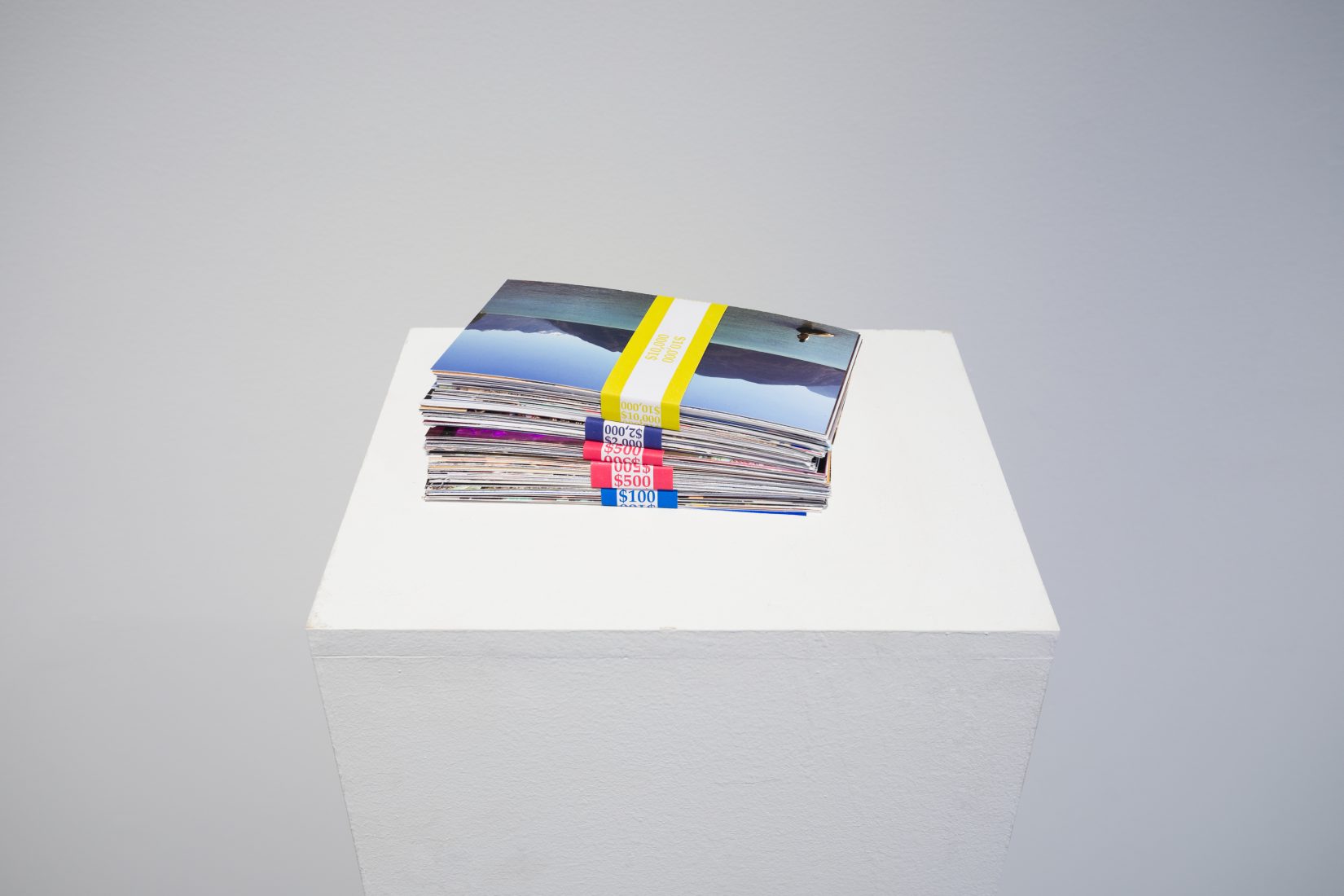 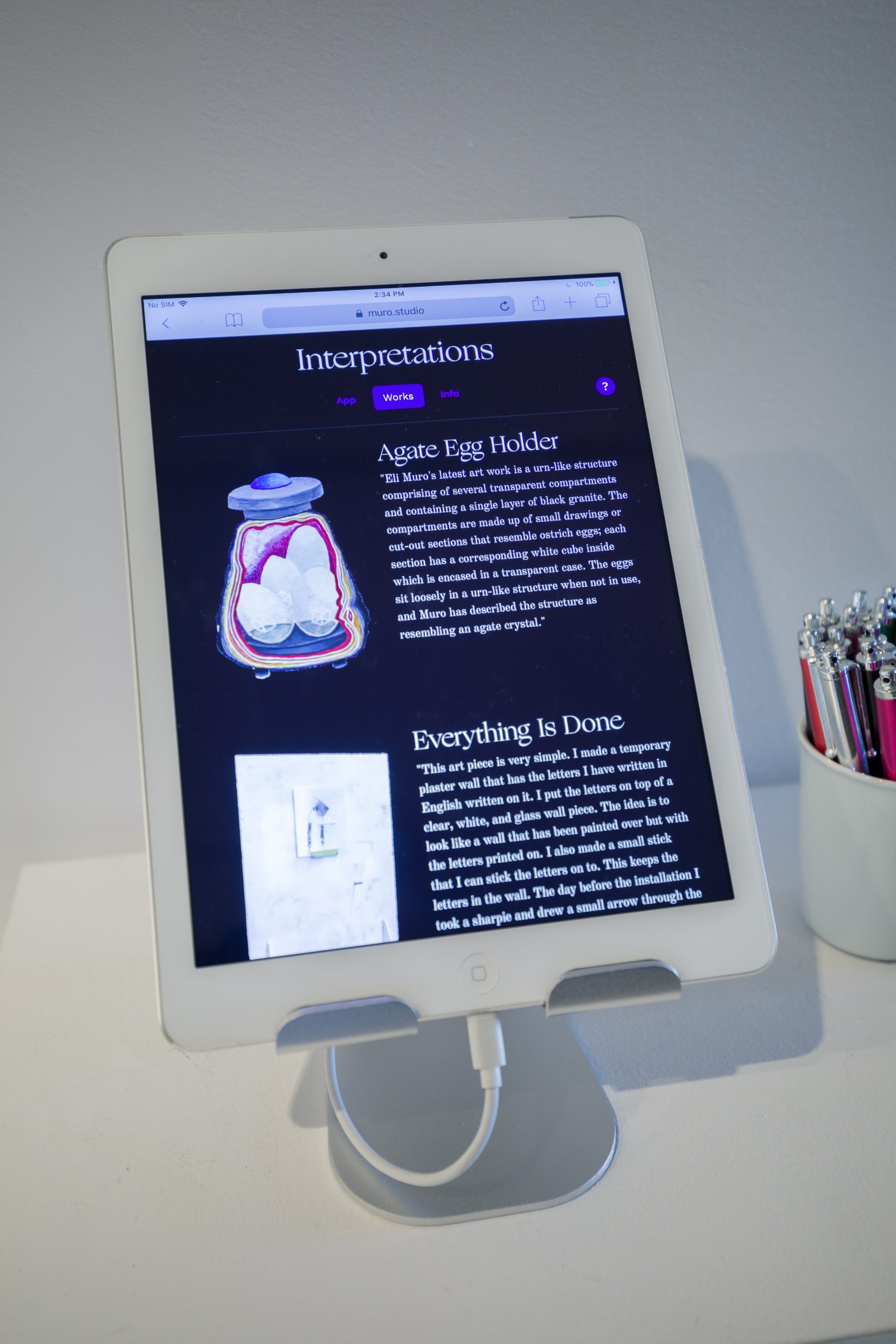 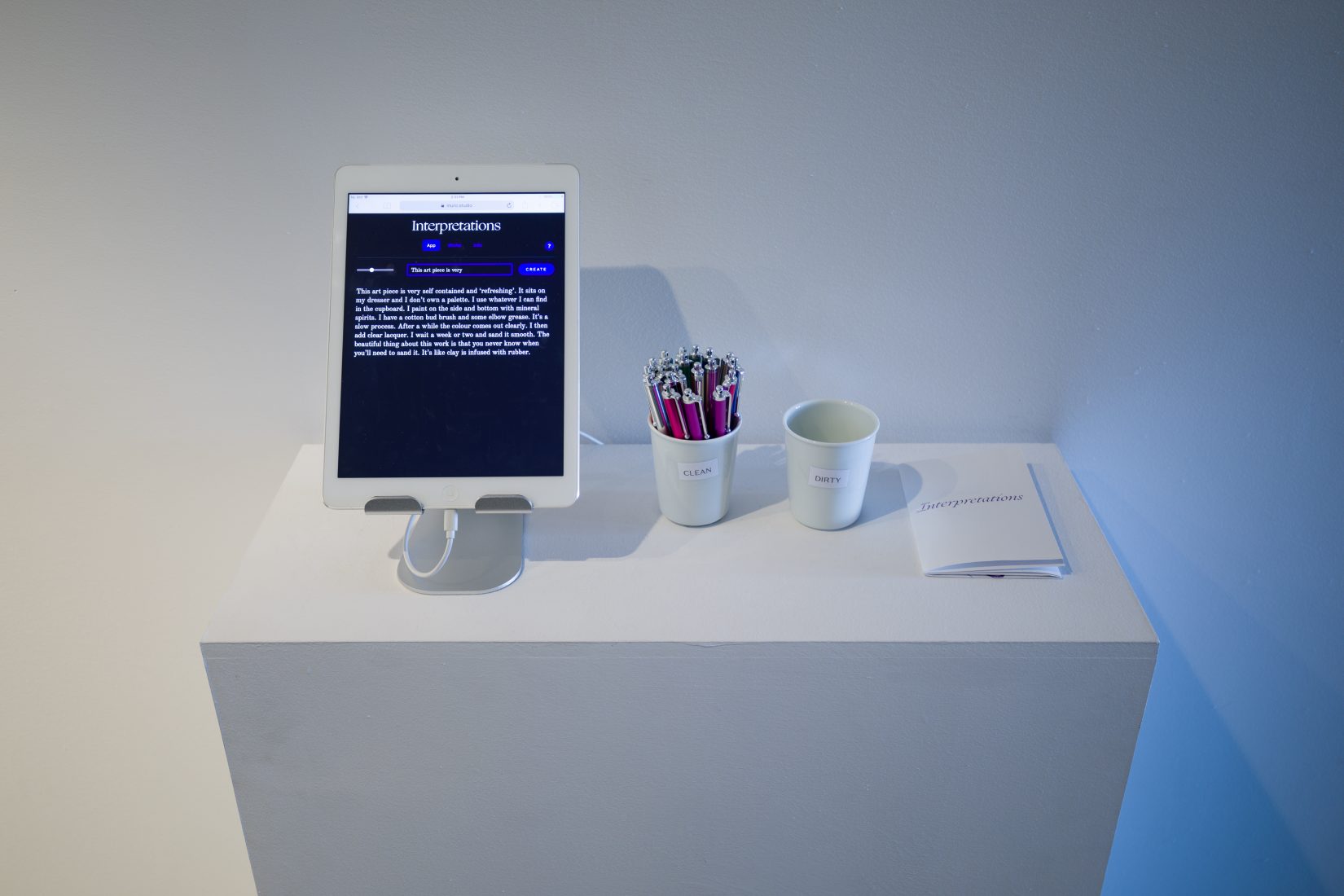 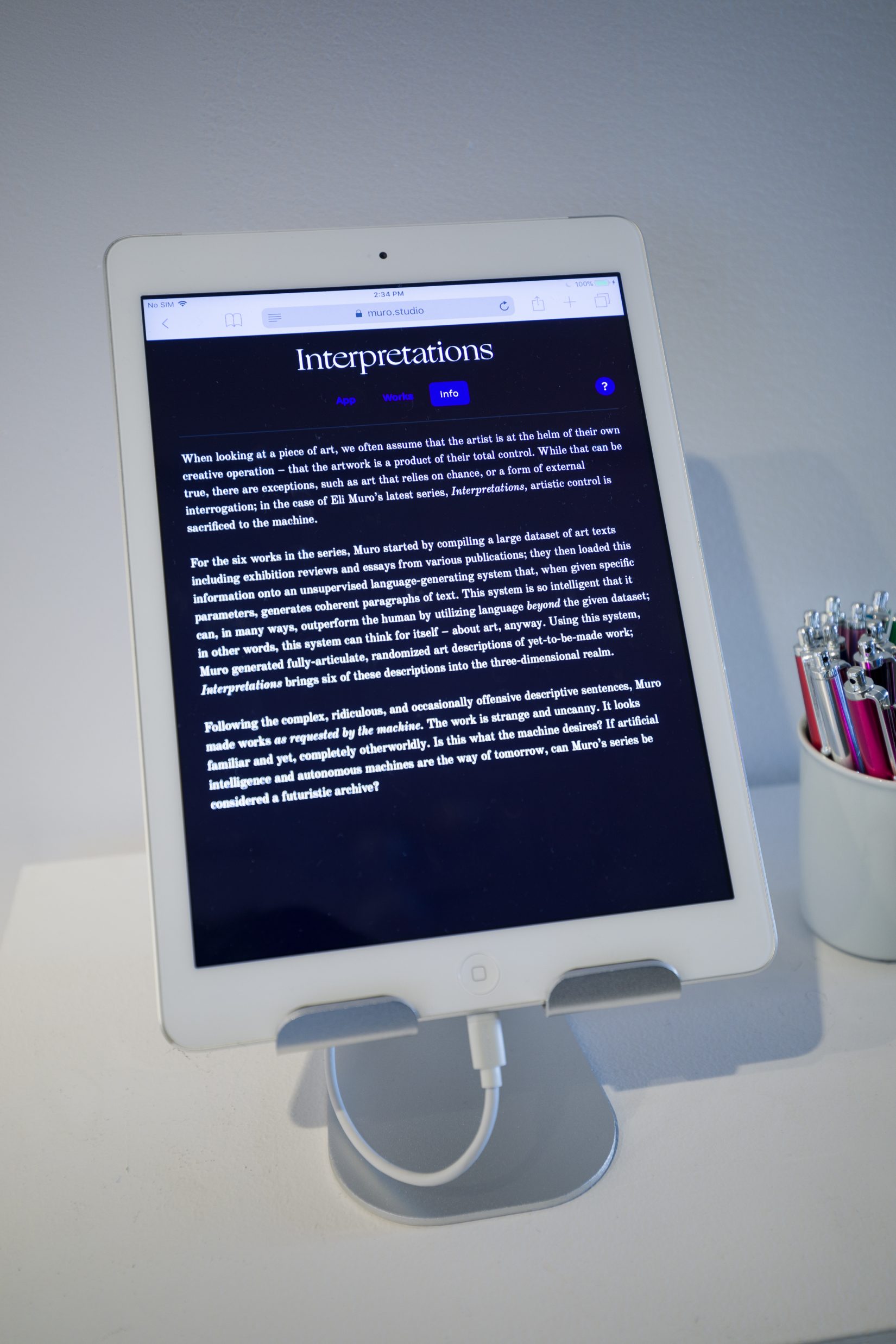 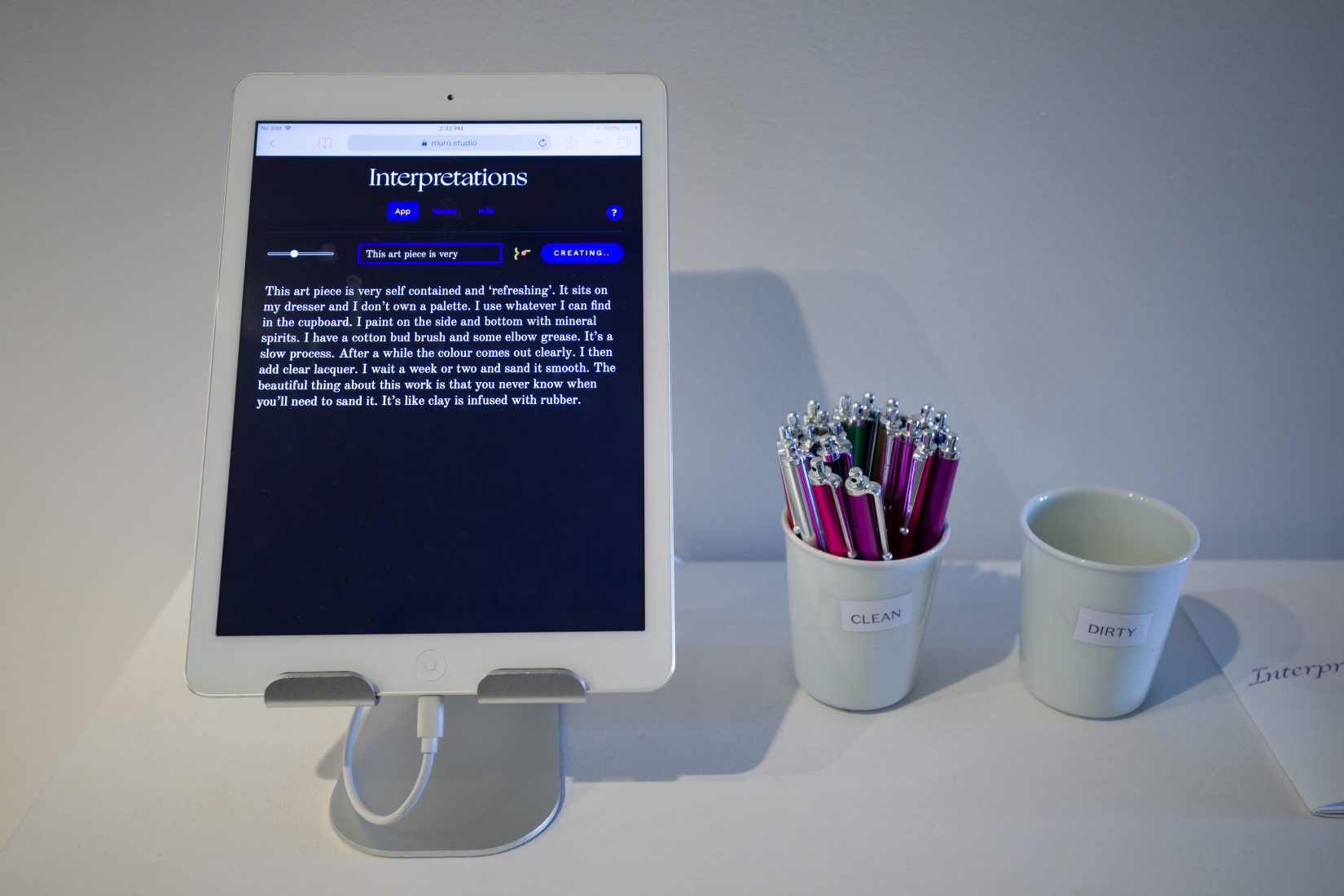 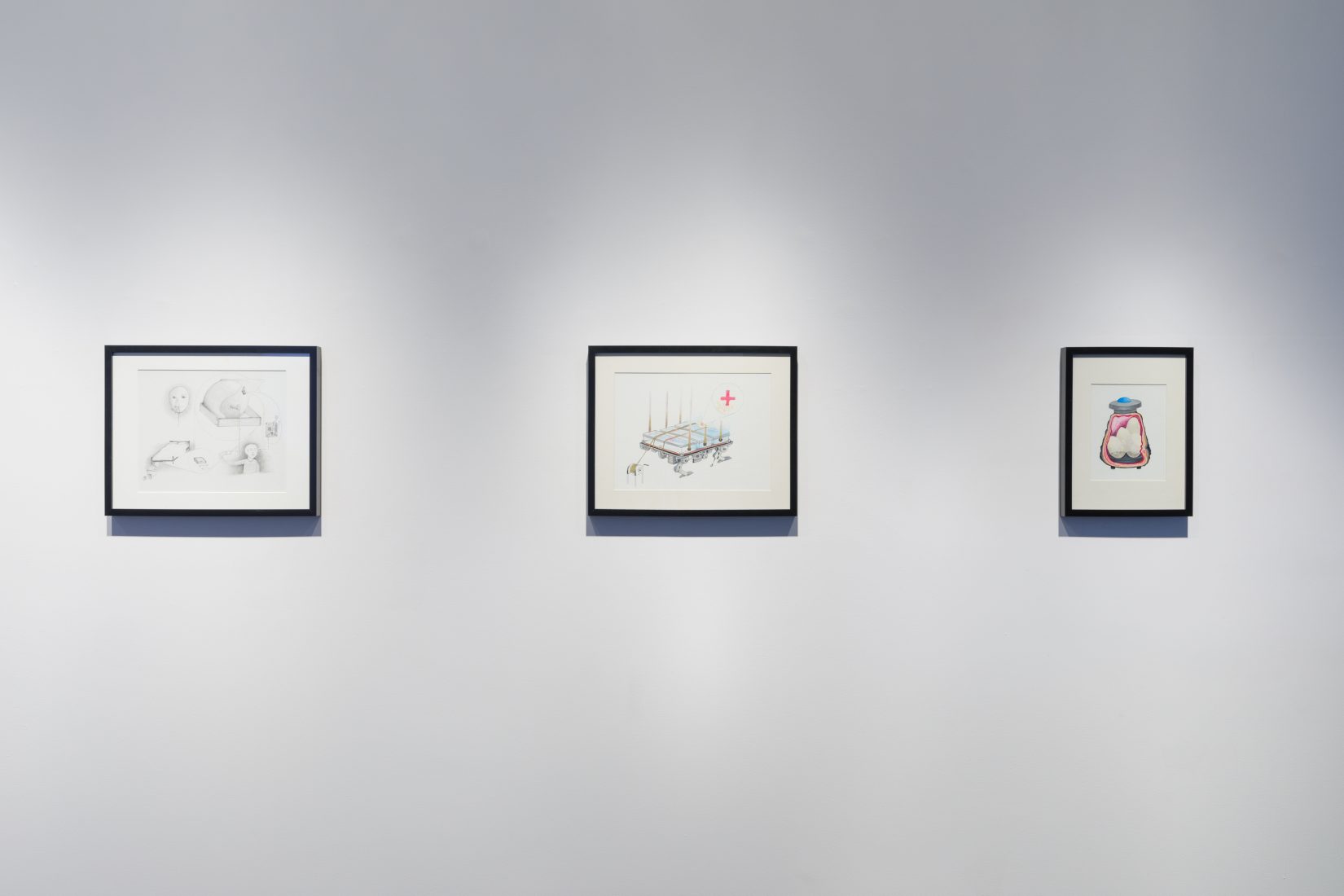 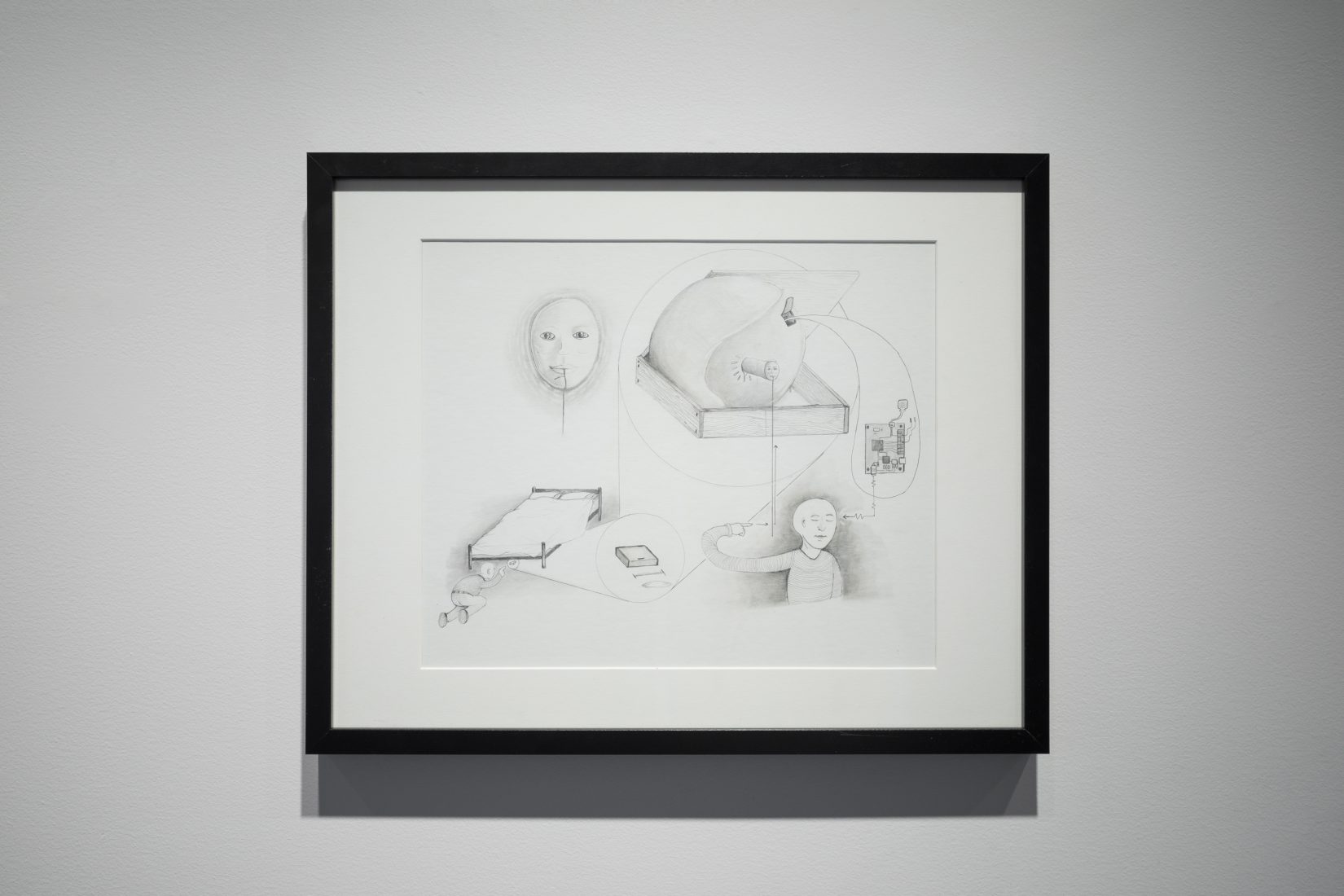 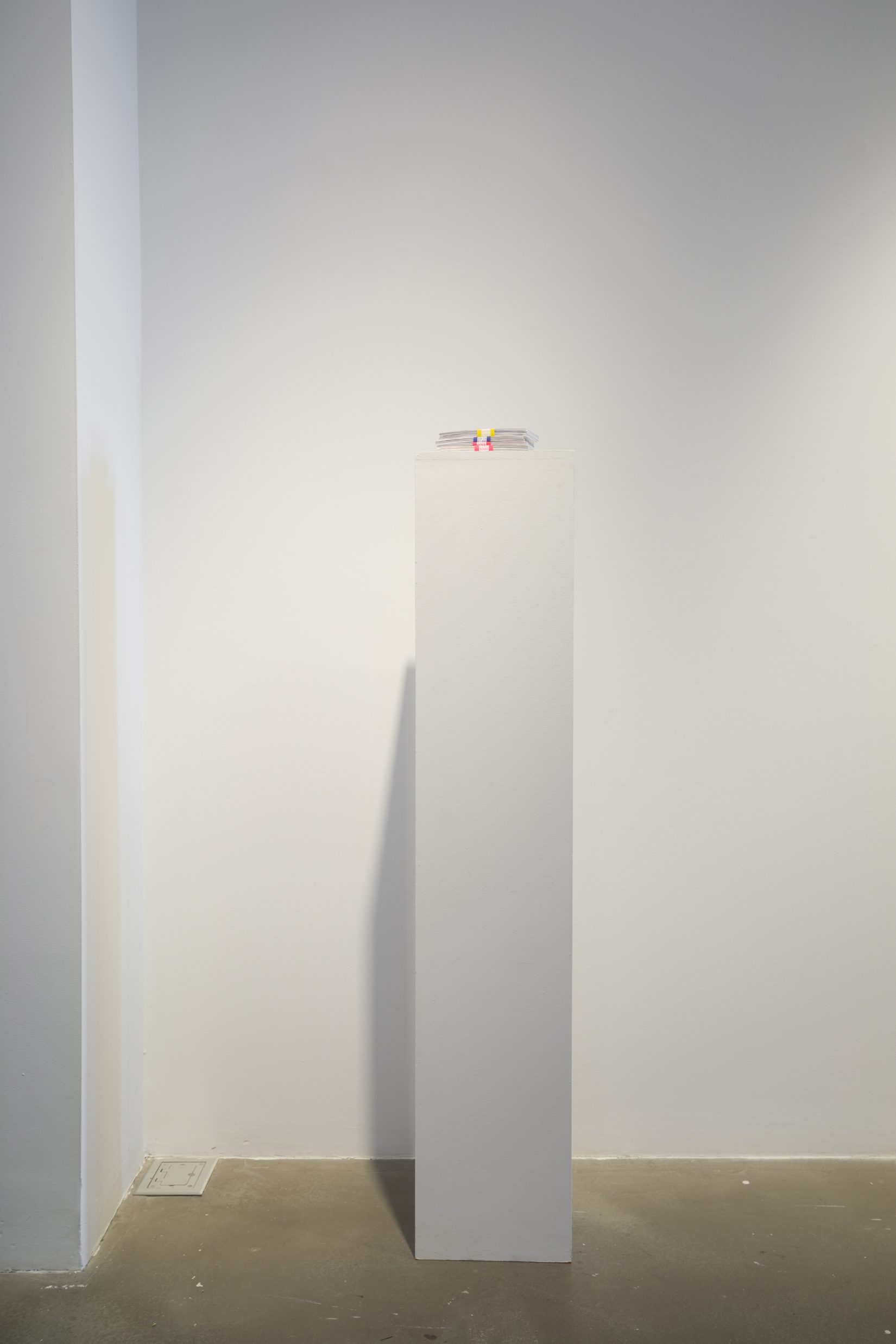 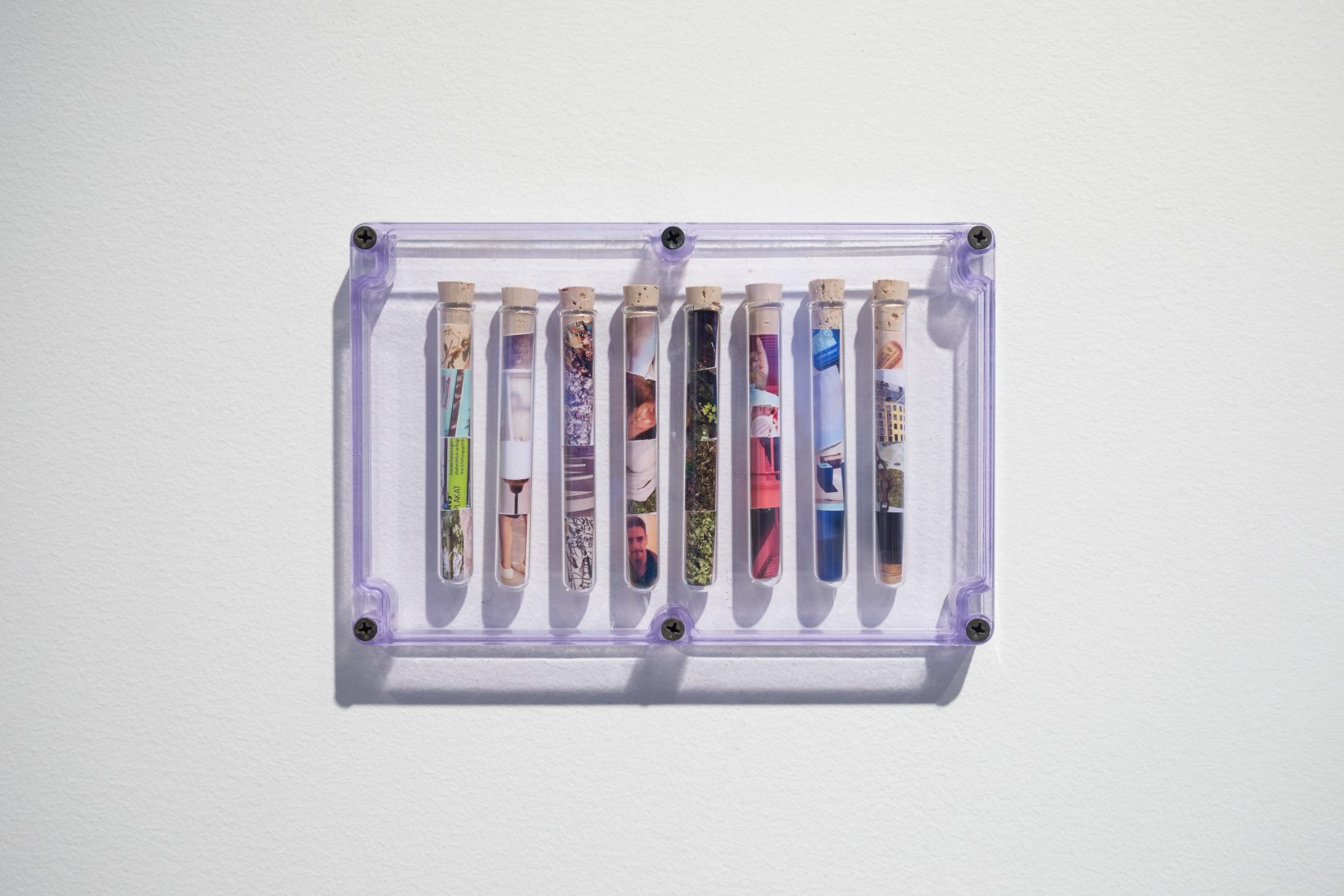 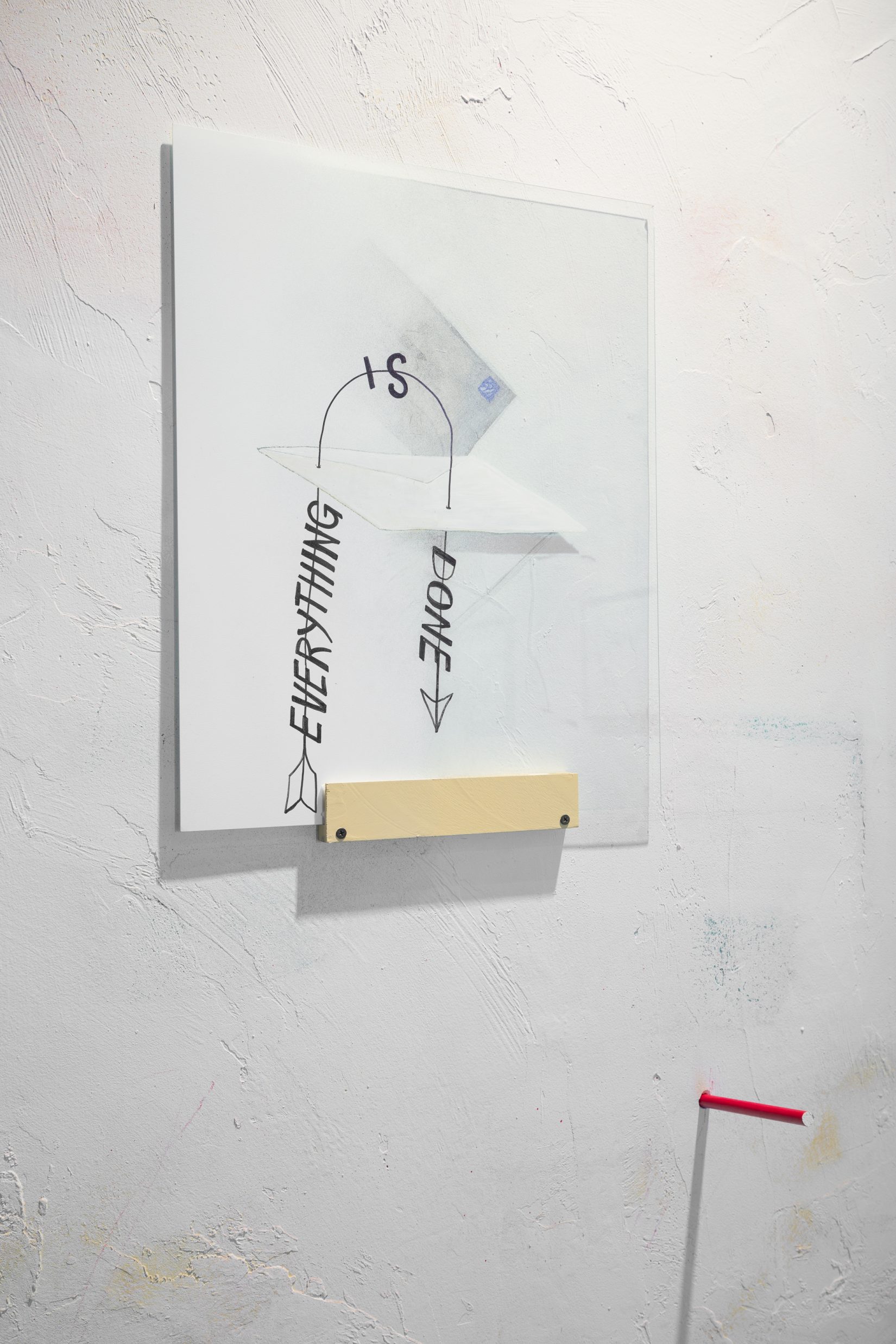 You probably found out about this exhibition online. You swiped or clicked, a banner descended and pixels resolved, something popped up, or scrolled by, or landed in your inbox. From the miasmatic ubiquity of content and data generated by the internet of things, through code and computation, came an algorithmic summoning, beckoning you here.

Emerging from a mixed artistic background, interaction designer and visual artist Eli Muro uses electronics, code, machine learning, and occasionally a mortar and pestle to explore and critique emerging norms in our uses of technology. Often pointing to the connections between technology, materiality, and labour, Muro’s offerings range from large-scale projections of monumental abstract geometric permutations, to an interactive jargon-generator which ingests art criticism, learns the tone and lingo, and ejects lampooned exhibition statements—like this one!

In our algorithmic cloud-based world, technology has changed the landscape of memory, safety, perpetuity, and time. “Forgetting is a thing that humans are supposed to do,” Muro writes, and in Move to Trash, the artist takes a material approach to addressing interface and loss. Muro dismantles an old hard drive—pulverizing information meant to remain in a state of losslessness with a mortar and pestle into fine metallic ash. The angular dizzying video-collage of this process functions as a poetic allusion to the pastiche of memory, the sheer volume and mutability of data, and the frenetic (s)pace of the attention economy. Viewers must reckon with the actual substance of computation—something rarely addressed in new media practices despite the often outsourced ethical, environmental, and material consequences of “dematerialized” technologies.

In I’m Safe, a painted work on canvas which began with a hand-drawn pixel grid, the conventions of digital interfaces are made concrete, stripped of their function, rendered ineffectual and unclickable. The painting is modeled after the Facebook Safety Check feature— an ethically complicated digital “I’m Safe” button. Using geolocation to identify users who are in the vicinity of natural disasters (and recently, terrorist attacks), Facebook deploys its Social Good team to manually activate the Safety Check feature, encouraging users to notify friends and family that they’re alright. So much is wrapped up in the confluence between corporate surveillance, human discretion, and feelings of safety. What happens when the ubiquitous symbols of interface—buttons, sliders, text fields, pop-ups, drop downs, avatars—are rendered nonfunctional?

As growing civil unrest and mounting escalation by law enforcement agencies and governments across North America came to a head in 2020, issues of surveillance, security, and civil rights increasingly point to a fraught relationship with technology. From our machine-trawled and data-mined zoom screens, smartphones, and social media pages, we’ve witnessed citizens be dragged into unmarked vehicles and taken off the street—apprehended by FBI agents triangulating identity through Instagram videos, Esty reviews, and LinkedIn profiles. Muro asks much when they question “what happens when Facebook doesn’t give you a button?”

In Genuine Fakes, Muro investigates the nature of our reality using the very same tools with which we construct it. Equal parts witty and dark—and often both simultaneously—the exhibition rides the edge of a knife, pointing with one hand to technologies of hope, humour, and possibility, and with the other to tools of social control, fulcrums of power, and surveillance capitalism.

“I find myself contemplating things like having an algorithm as a boss or what kind of computer could be made without a global network of colonial capitalist mineral extraction,” Muro writes. Their imaginings offer us an opportunity to attend critically to the impacts of new technologies on our material, social, physiological, and structural hyper/realities, and in the process to recognize that every unseen, virtual, and immaterial aspect of this moment is anchored somewhere in the corporeal—the hidden substance, the veiled weight of the world.