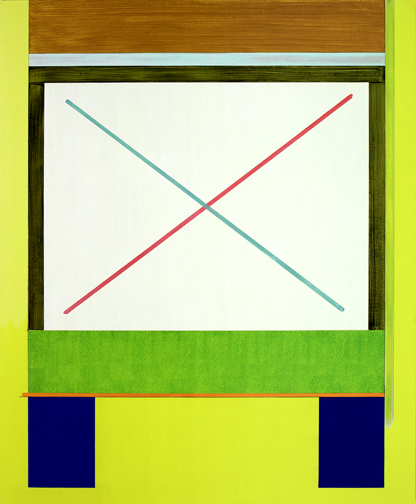 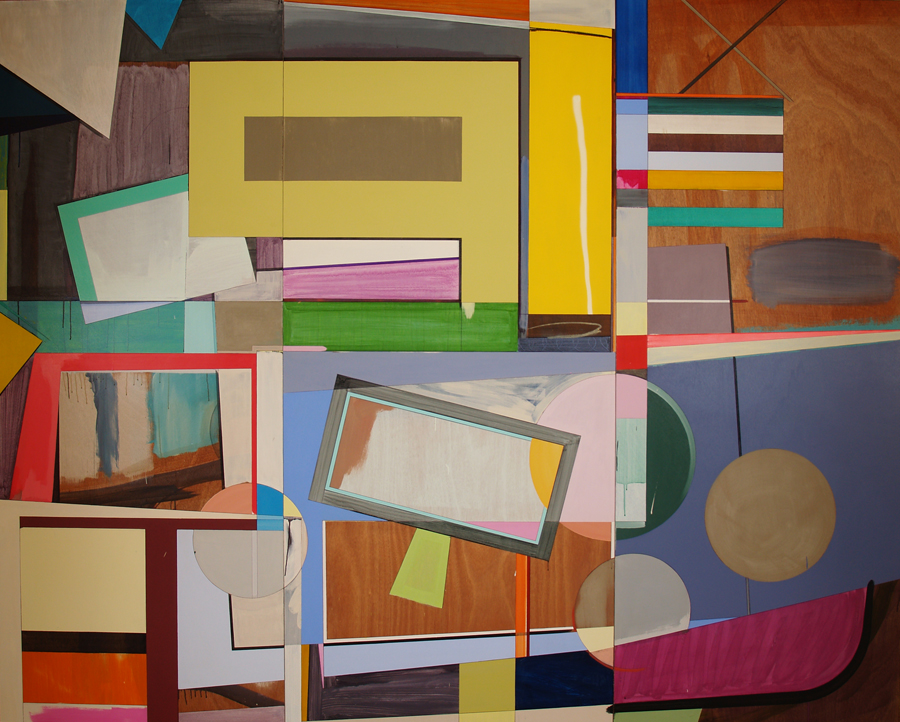 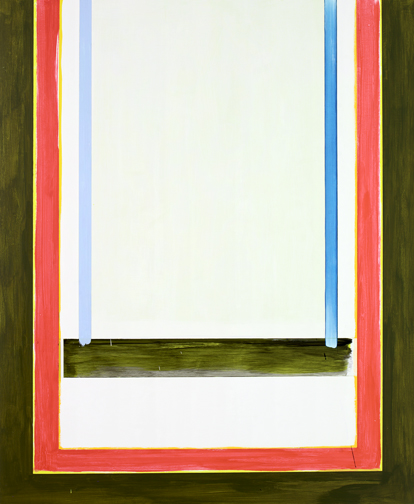 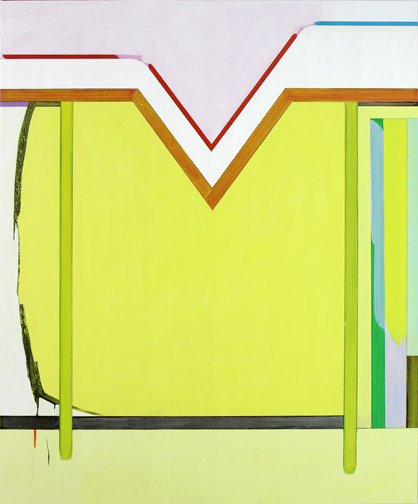 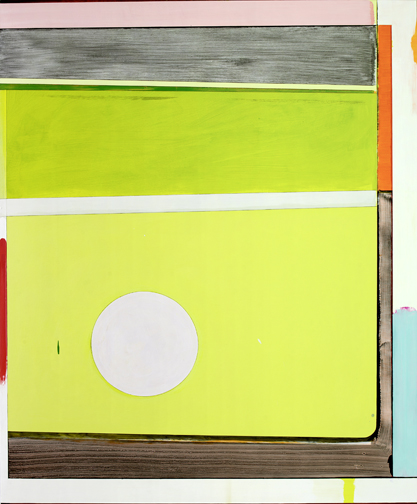 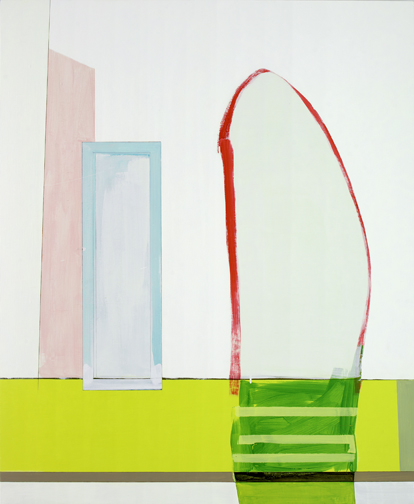 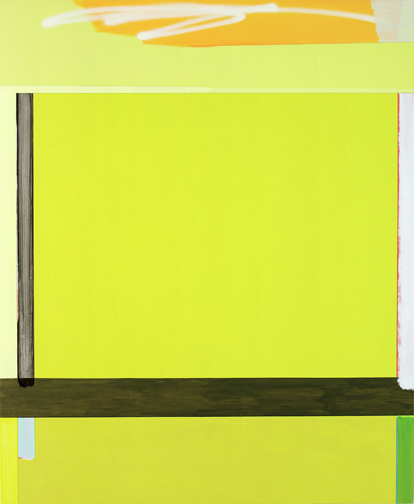 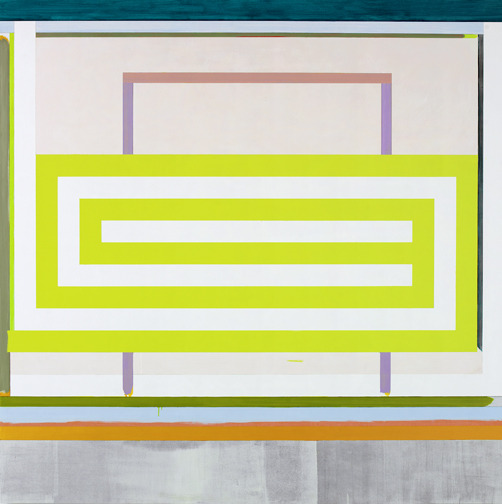 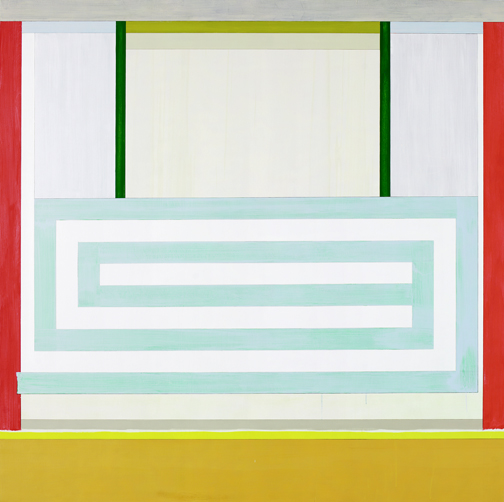 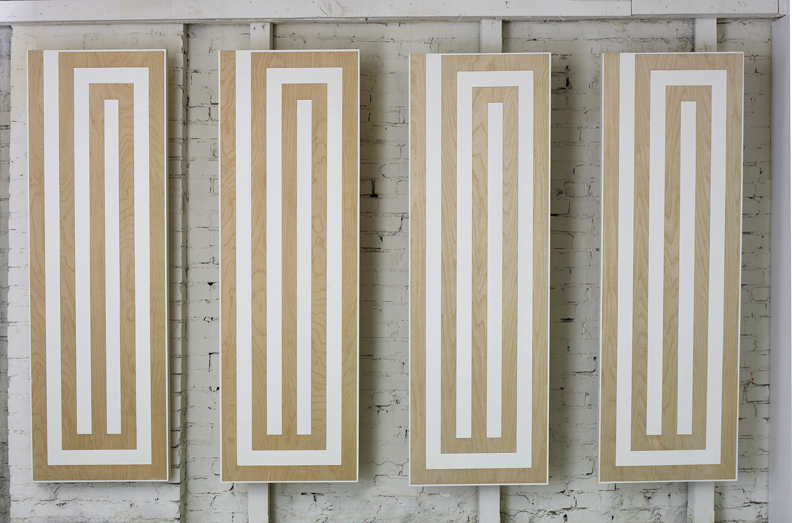 Gabriel Dubois’ (b. 1982, Collingwood, ON) has a command of kinetic energy. His paintings have the illusion of being in a perpetual state of action: they buzz with vitality and dynamism. A striking penchant for colour, a fine feel for formal positioning, line and balance result in highly orchestrated compositions on panel and in public spaces that draw the viewer through curving, complex and intricate circuits.

Dubois’ practice ranges from collage, installation, traditional painting, mural and architectural interventions. Raised in Vancouver and recently returned from living and travelling abroad in Germany, India, Japan and Britain for the past decade, Dubois’ style is influenced by a nomadic lifestyle and the diverse international cultures he has been breathing. Even the surfaces he chooses to paint on are often poised in anticipation of imminent movement: he began expressing himself through writing graffiti on the carriages of Canadian freight trains, a vessel always about to take off for somewhere else. He has executed colourful, intricate murals in spaces such as doorways in France, abandoned temples in India and shopfronts in Vancouver. In 2008, he began constructing temporary shelters made of assembled and painted wood; the vibrant installations representing the human need for home, preservation and survival. Seeing painting as a way to plan for the future and as a universally understood language, Dubois uses his material as a way to cover the old and project the new. He often paints directly on wood, leaving natural grain show through behind layers of collaged line, words and shapes.

Dubois’ recent studio paintings are pared down from his earlier compositions yet the room hums with their spirited and formative qualities like an impromptu ensemble. Chords are struck between combinations of colour and line: lavender, olive, mustard and grass green repeat and reverberate through the new body of work. Citrus runs through on a sweet, fresh high and blood-red and flesh-pink provide meat for the bones. His hand is measured yet always evident: remnants of brushstrokes show evidence of his gestures in unmistakably painterly washes. Many of Dubois’ paints are mistints purchased from hardware stores (tin cans rejected by unsatisfied customers) leaving his use of pigment up to chance. He deliberately makes allure of someone elses’ cast-offs; loves the vagrant hues left behind. A stray drip on the panel is allowed to stay. A circle and a figure wandered in and made themselves at home.

There is a quality of line and form in each painting that reflects Dubois’ interest in architectural aesthetics; a cross struck through a painting resembles a structural support. Each work softly speaks of the bones of a building. That Dubois’ paintings hang on all four sides of an enclosed space directs one to move about the work in his signature spiral – a form found too in the gallery paintings as echos to the shape repeated in the mural at the bottom of road. The works speak a language of balance forged between freedom and form, of work and play and of mind bowing to heart. They build spaces of colour and form, each one a sturdy shelter.