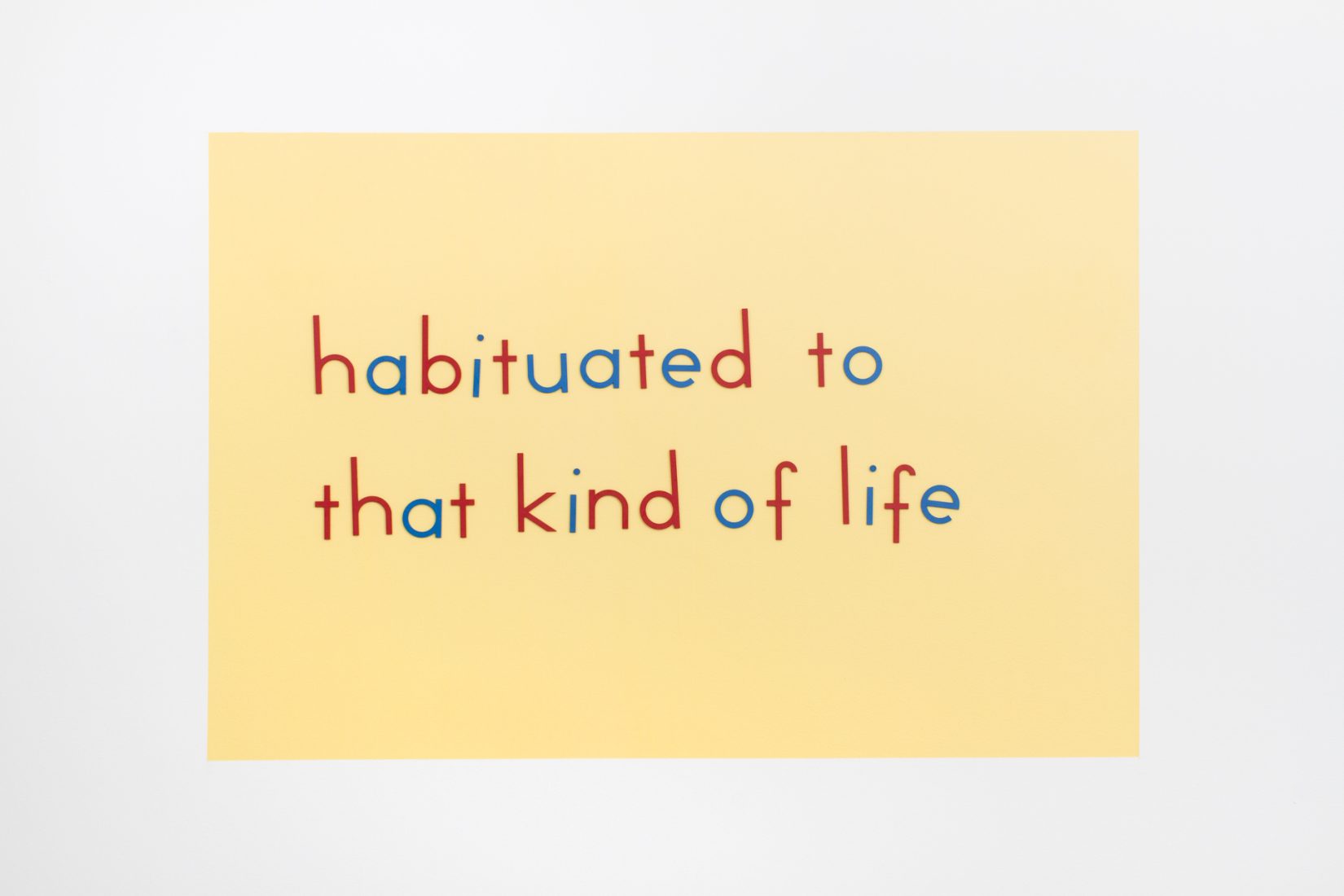 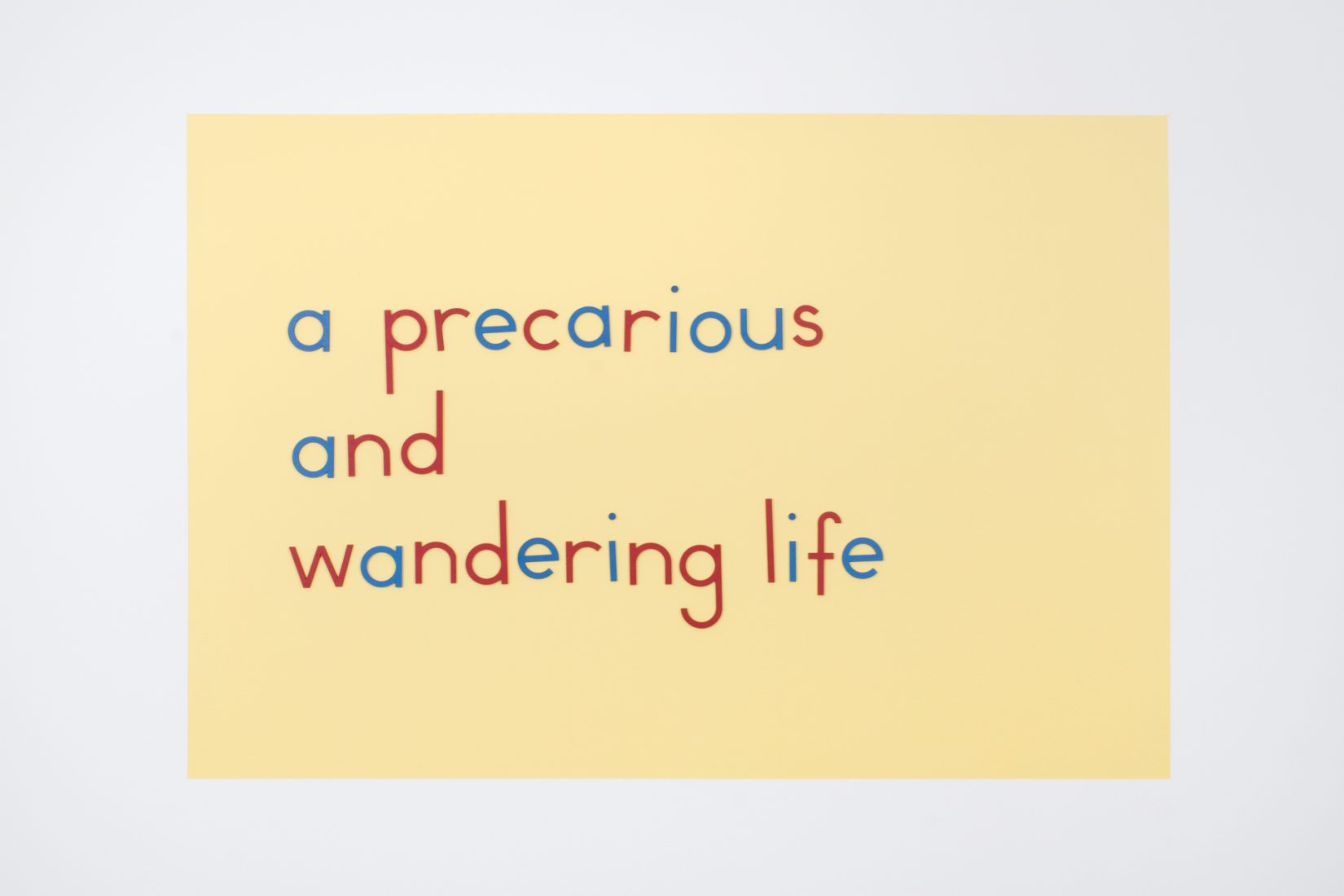 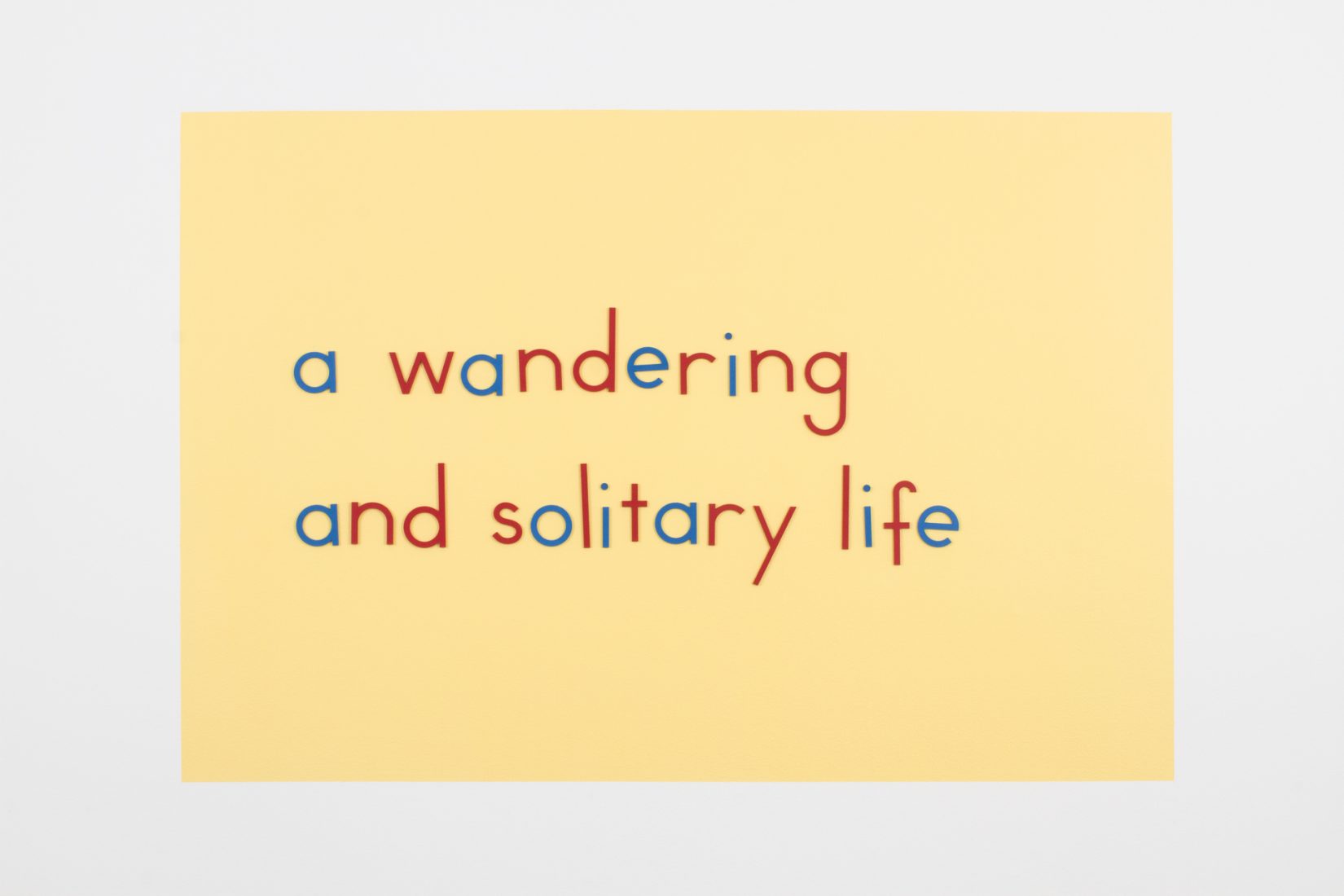 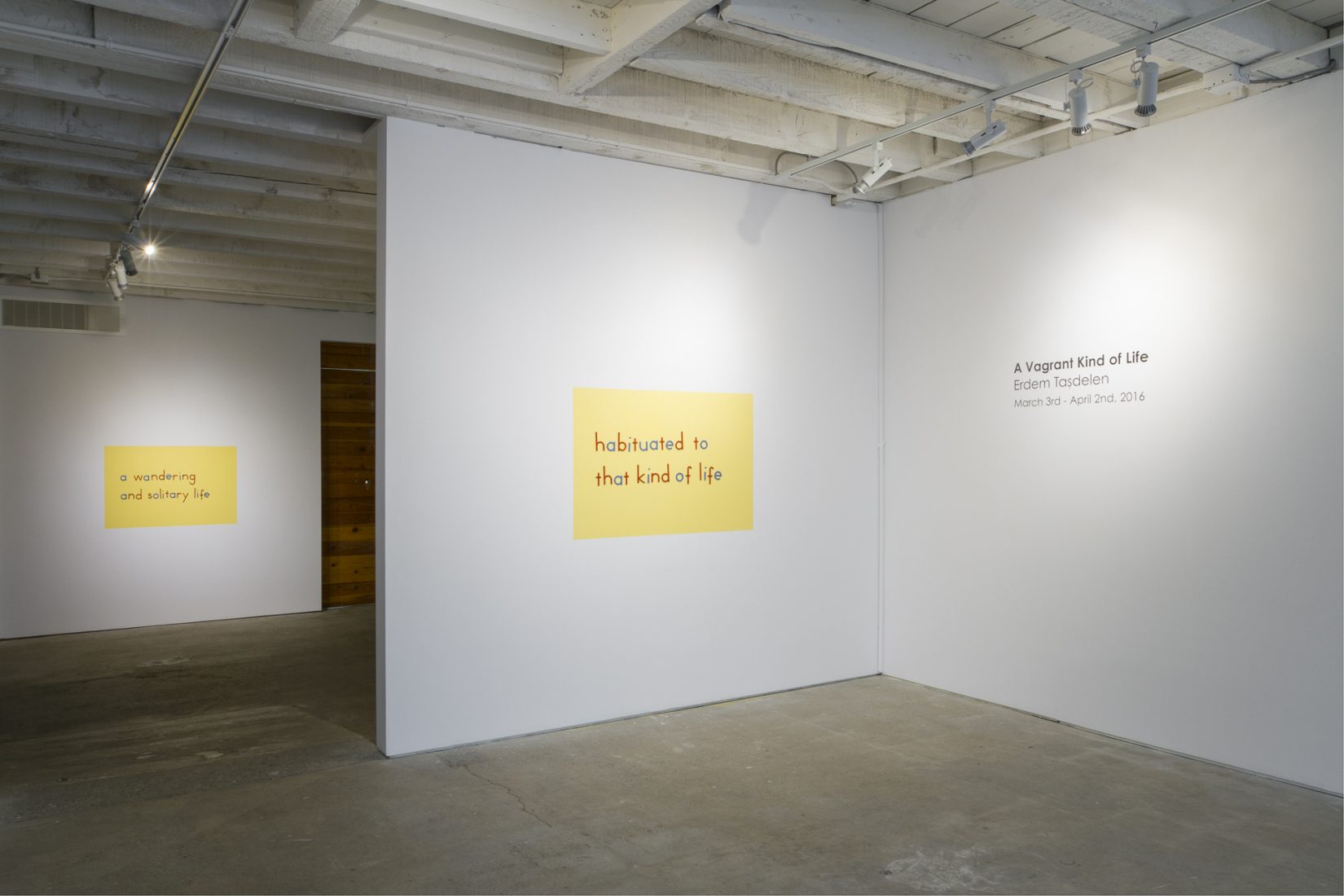 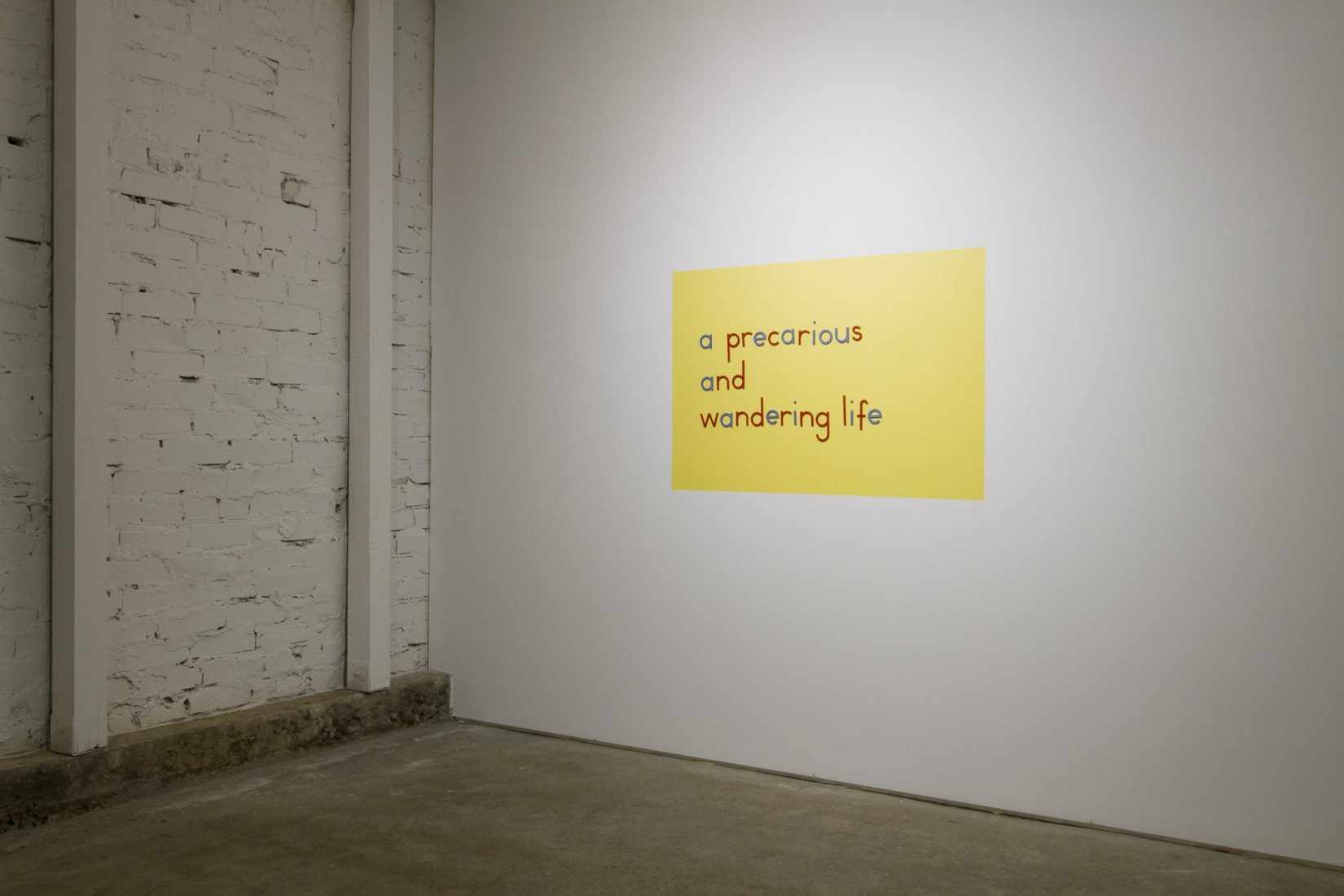 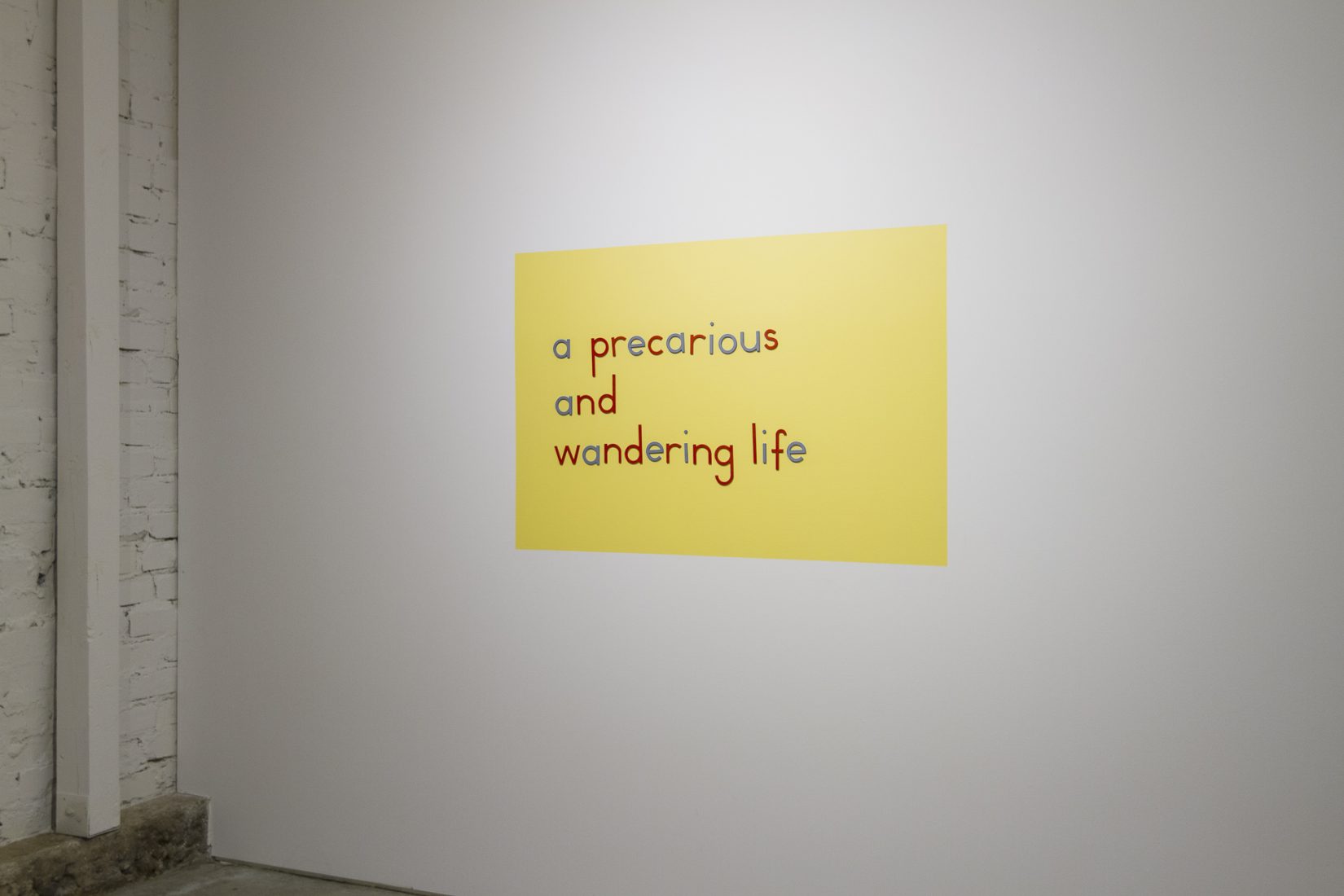 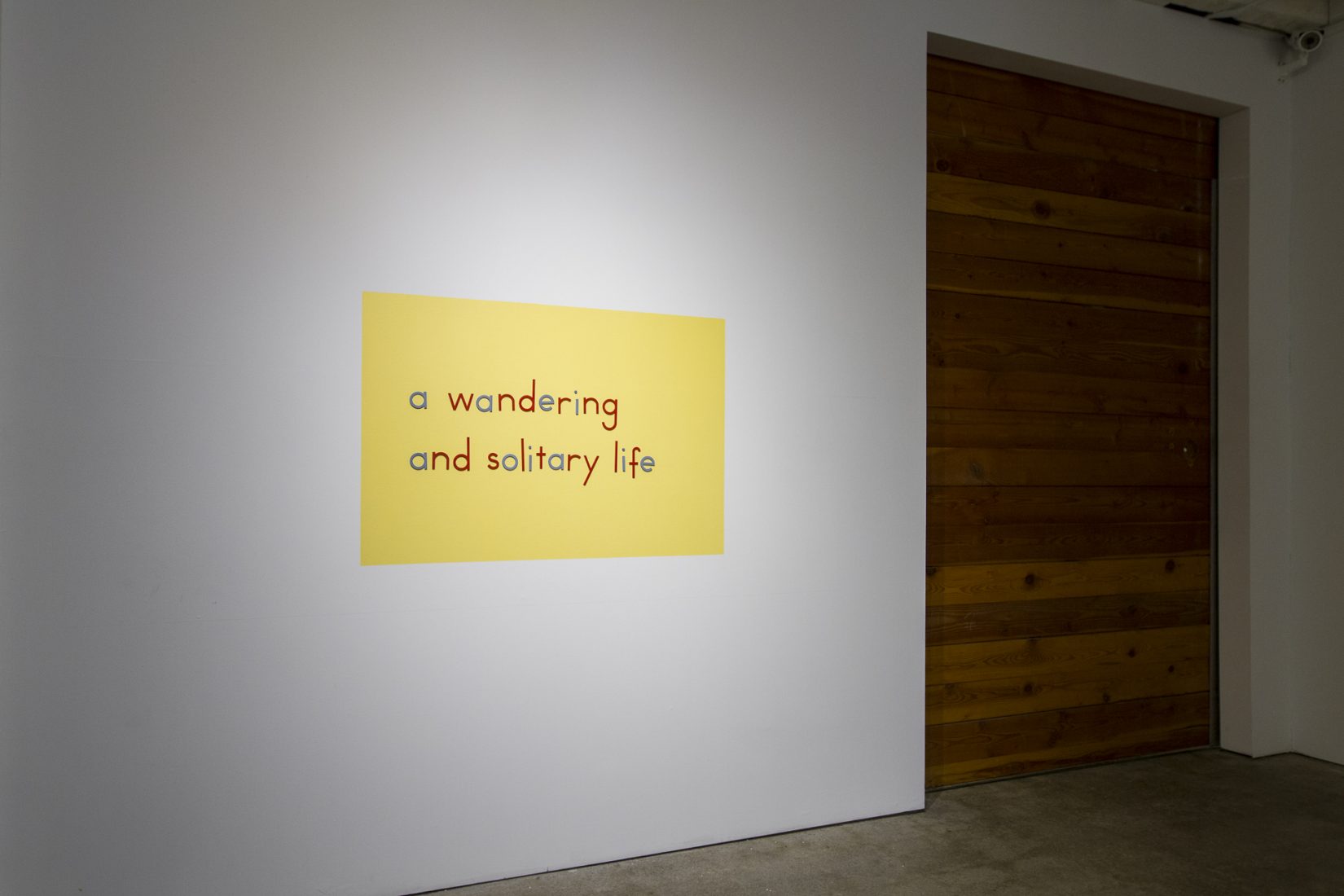 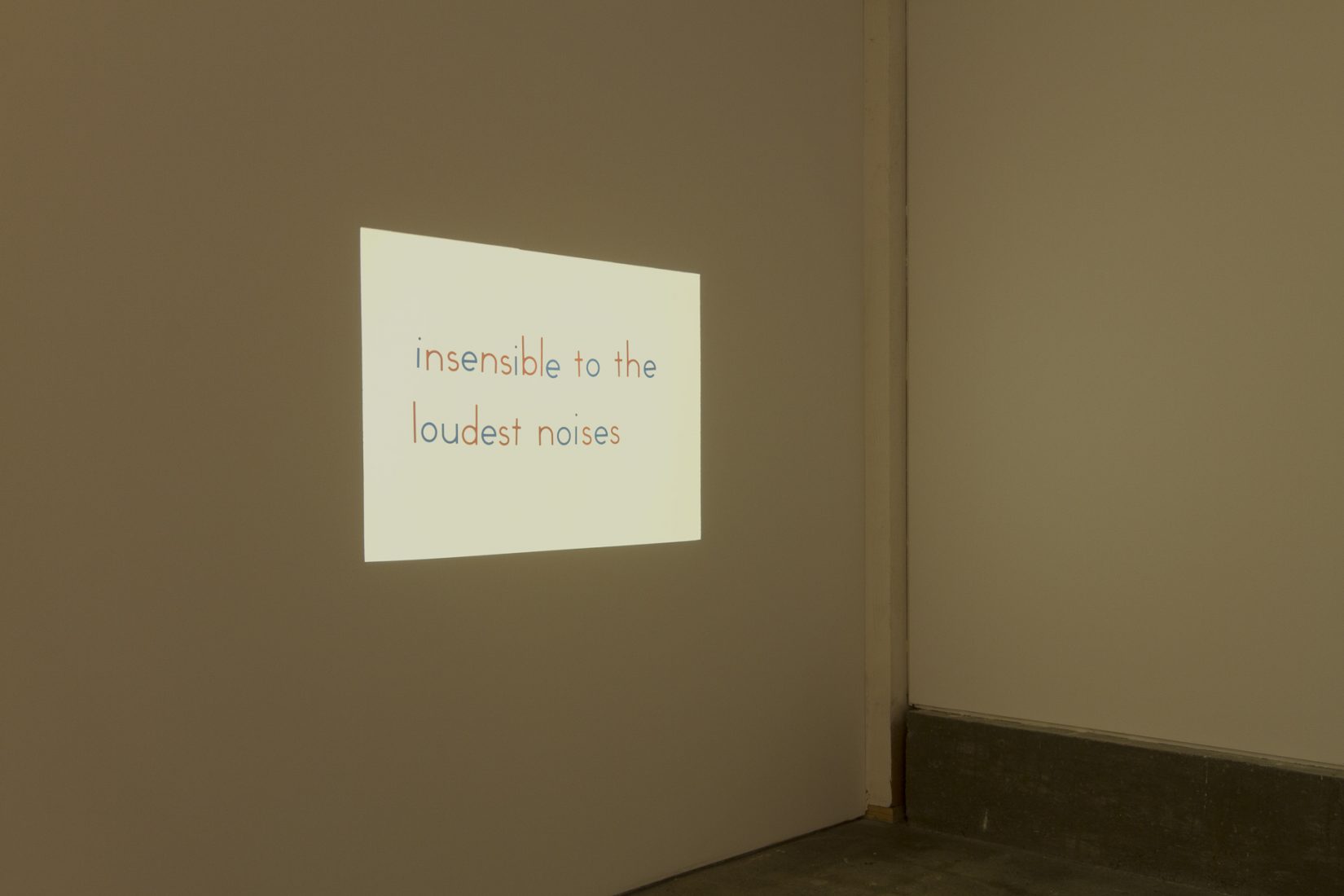 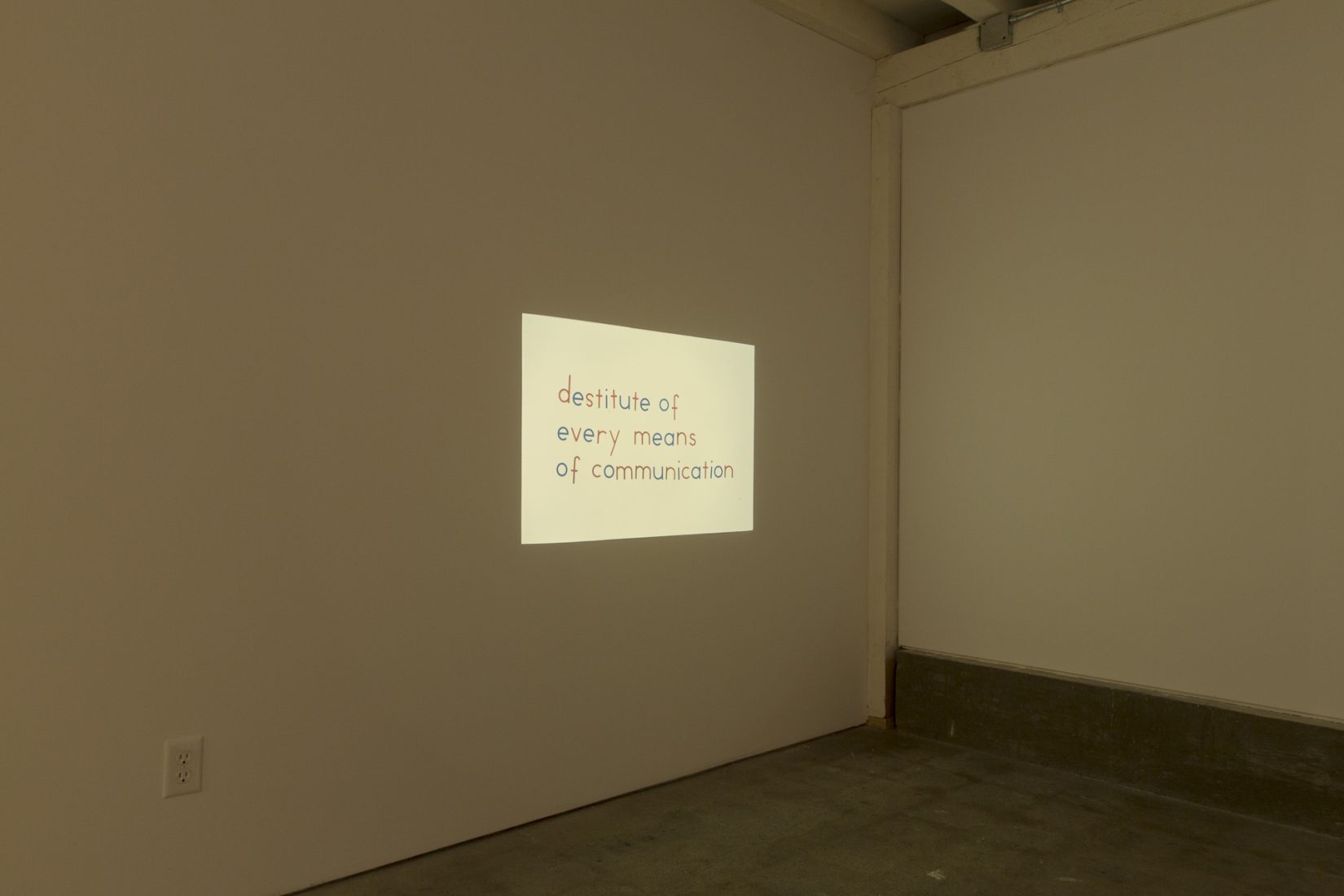 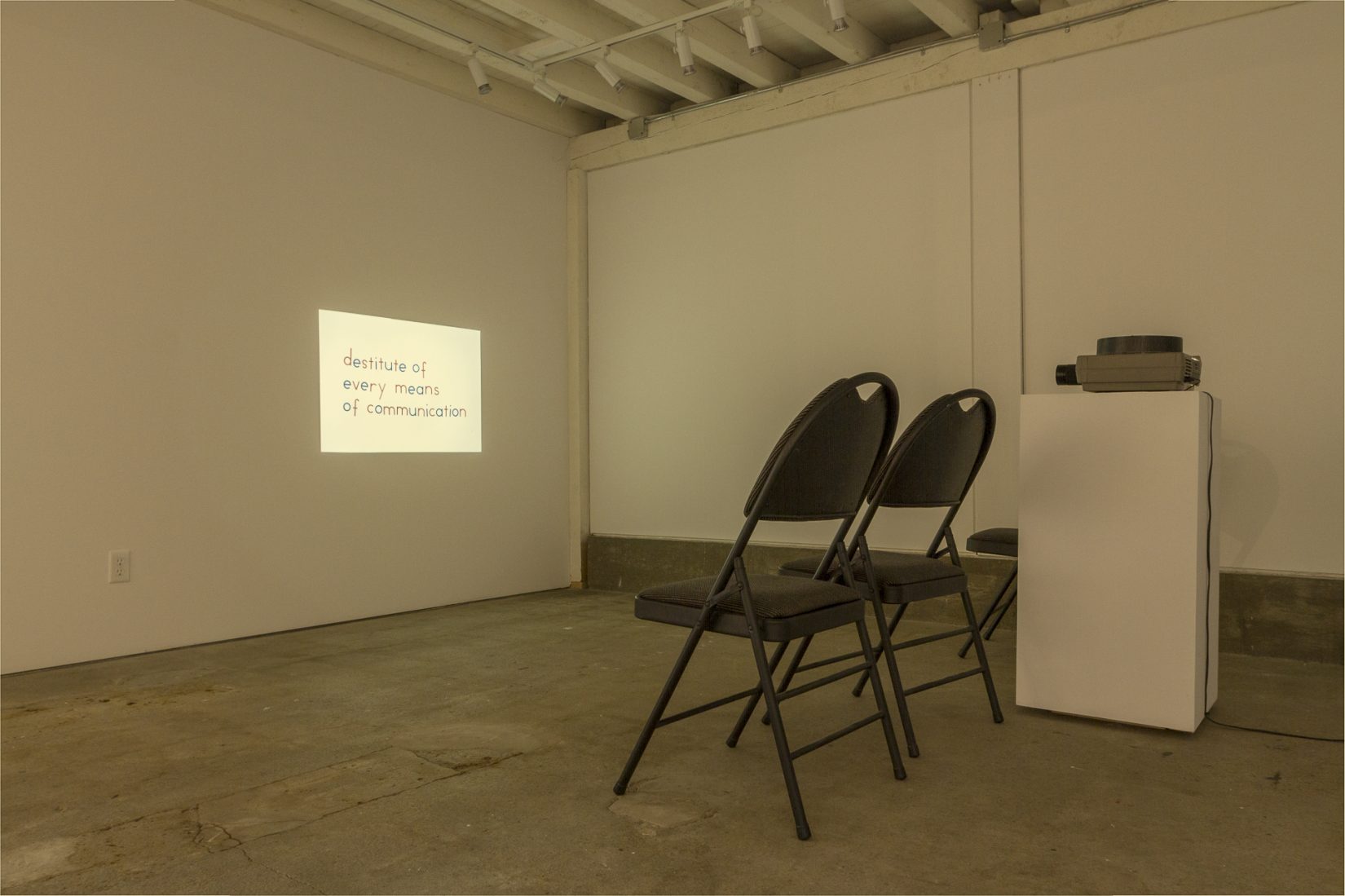 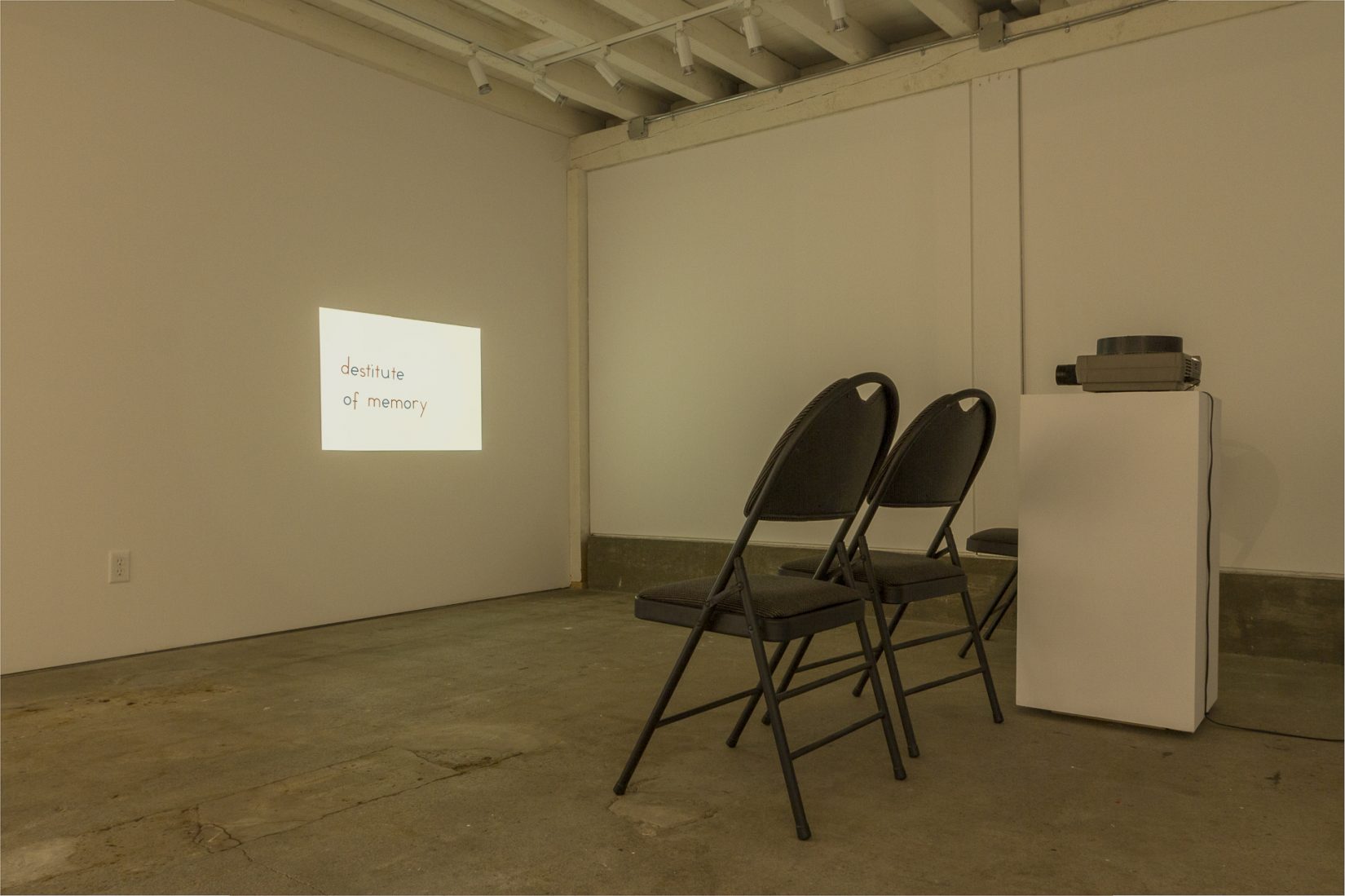 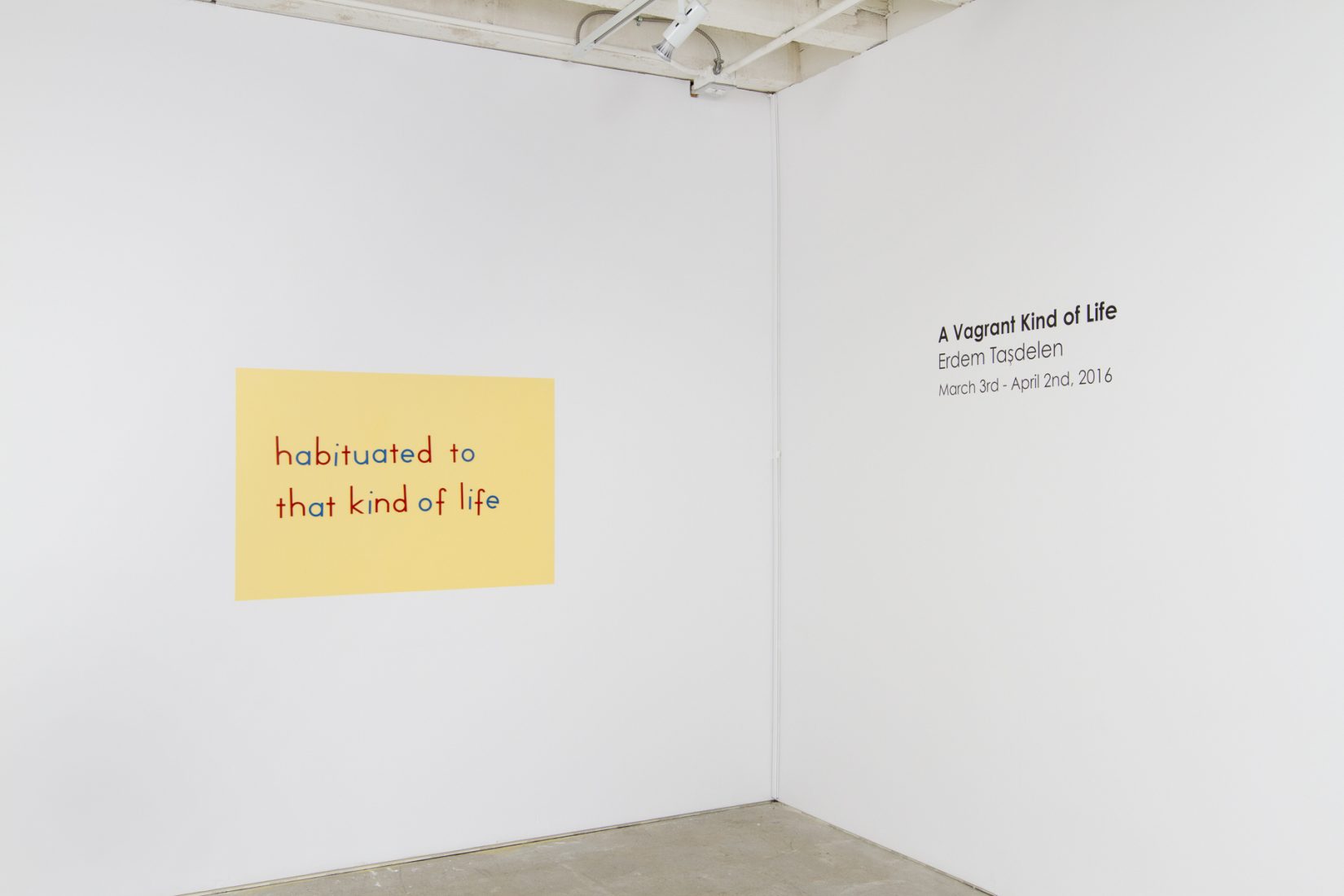 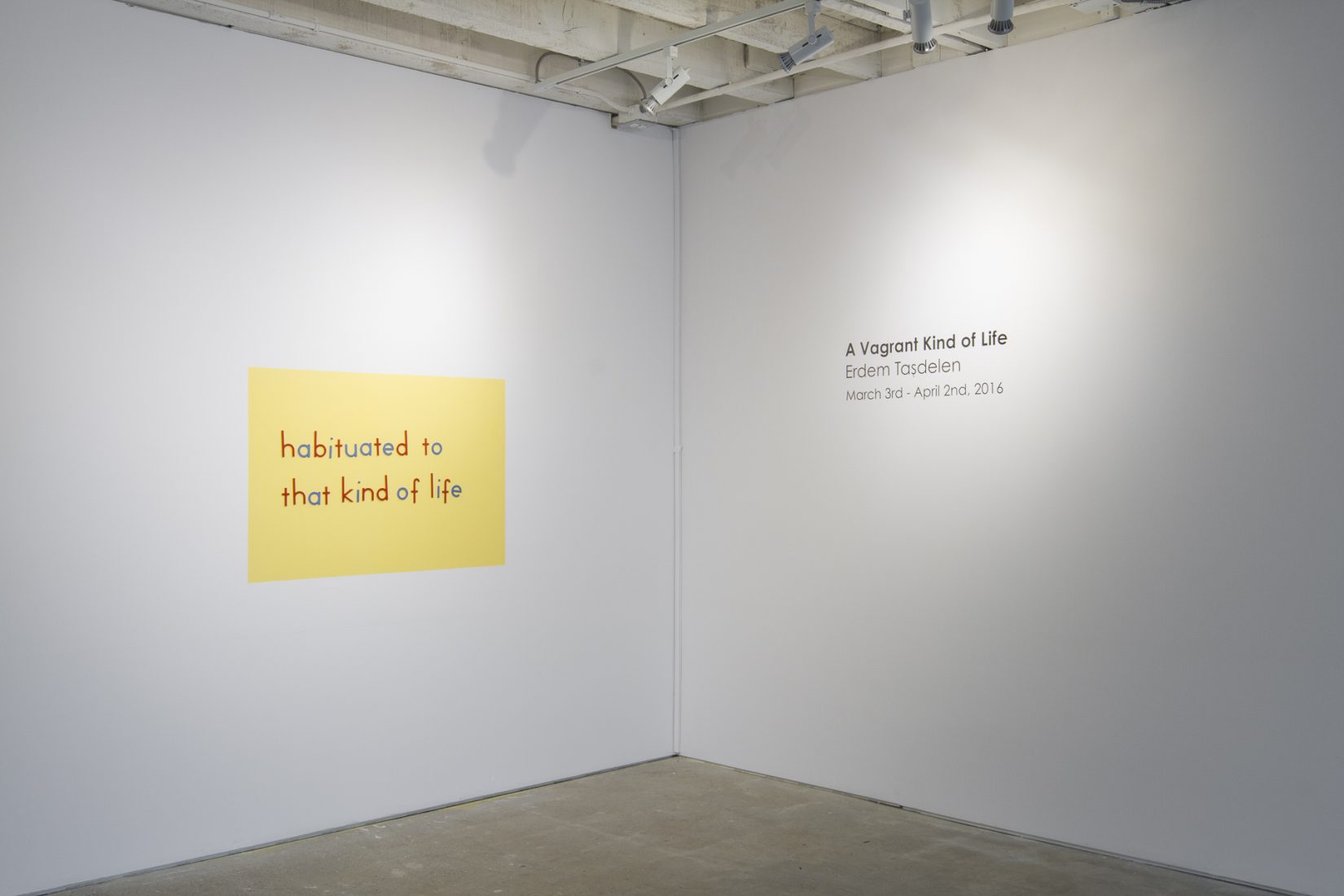 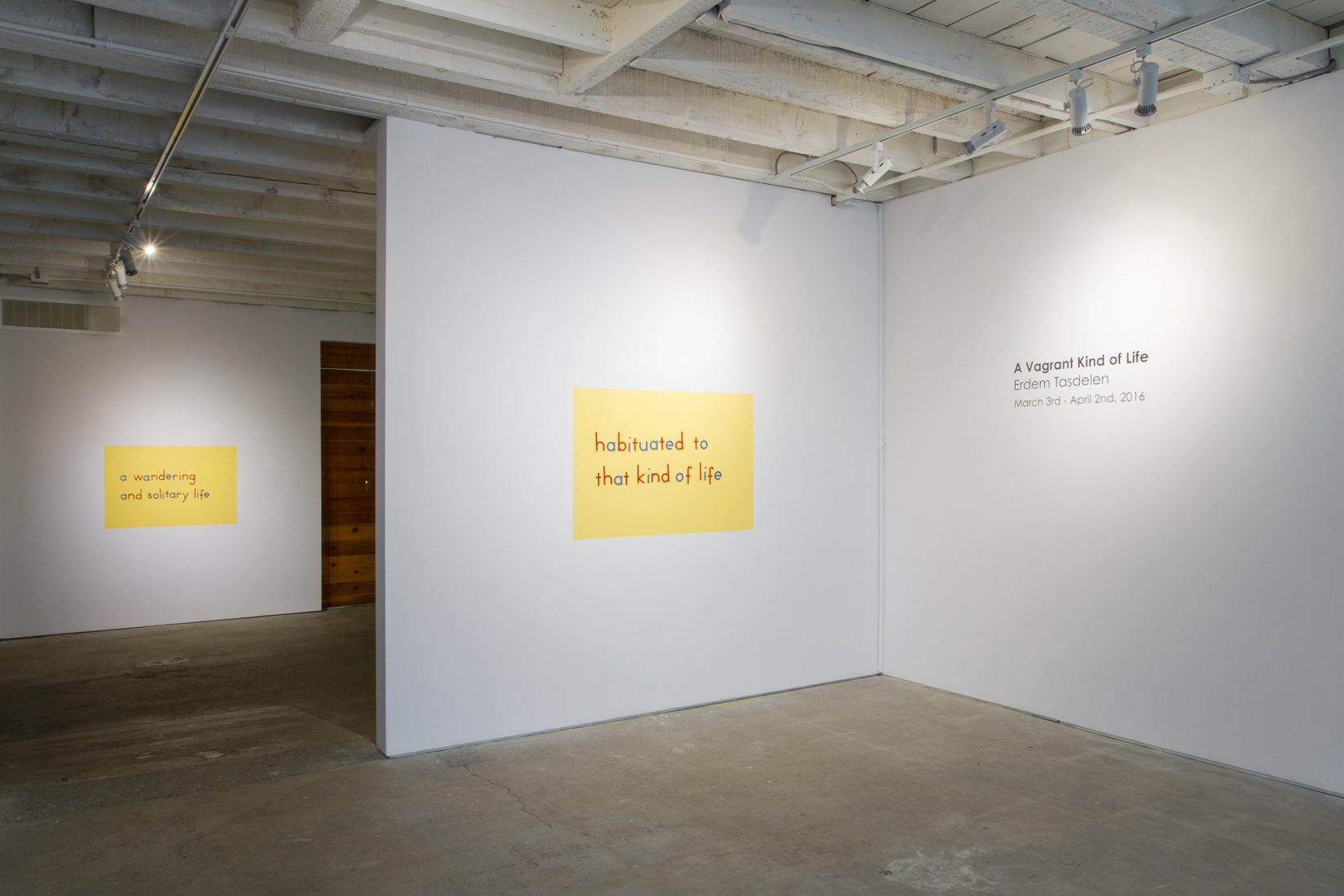 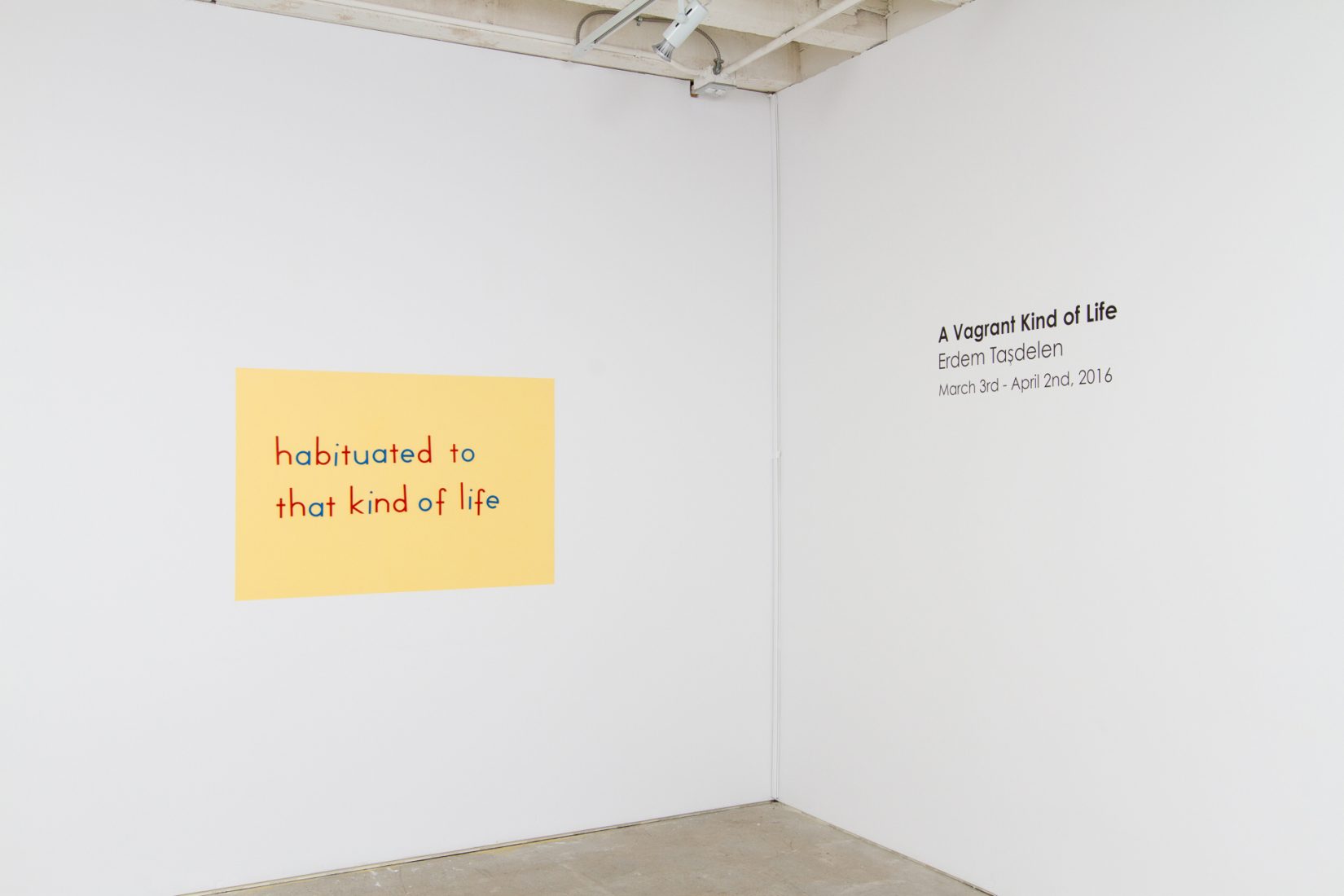 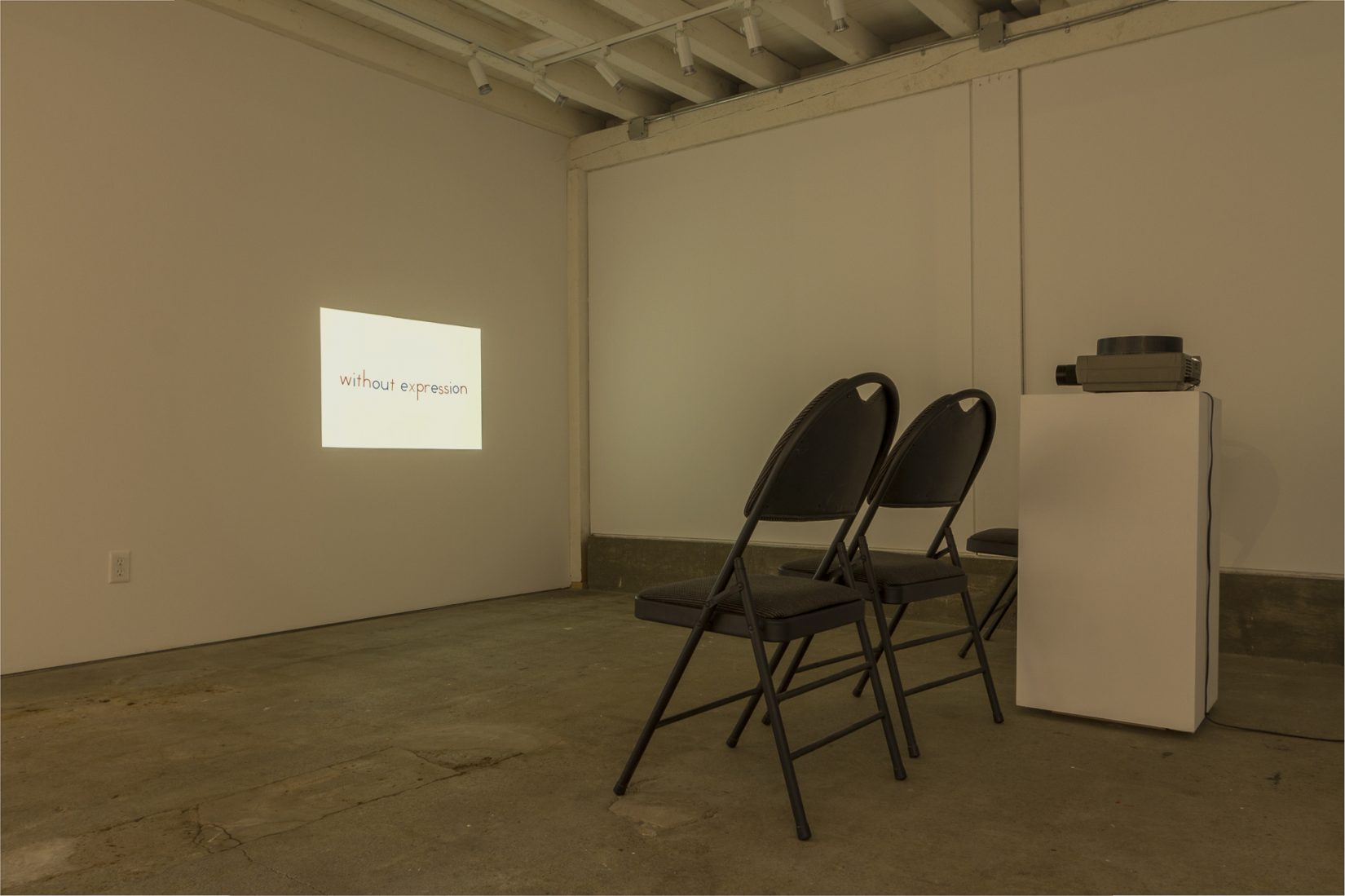 Created during his two-month-long residency at the Burrard Arts Foundation, Erdem Taşdelen’s new work A Vagrant Kind of Life consists of a poem shown in the form of a slide projection. The poem, revealed rhythmically one line at a time through photographic slides, tells the fairytale-like story of a feral child and was composed by Taşdelen using excerpts of text from a book published in 1802 titled An Historical Account of the Discovery and Education of a Savage Man written by a French physician named Jean Marc Gaspar Itard.

A Vagrant Kind of Life