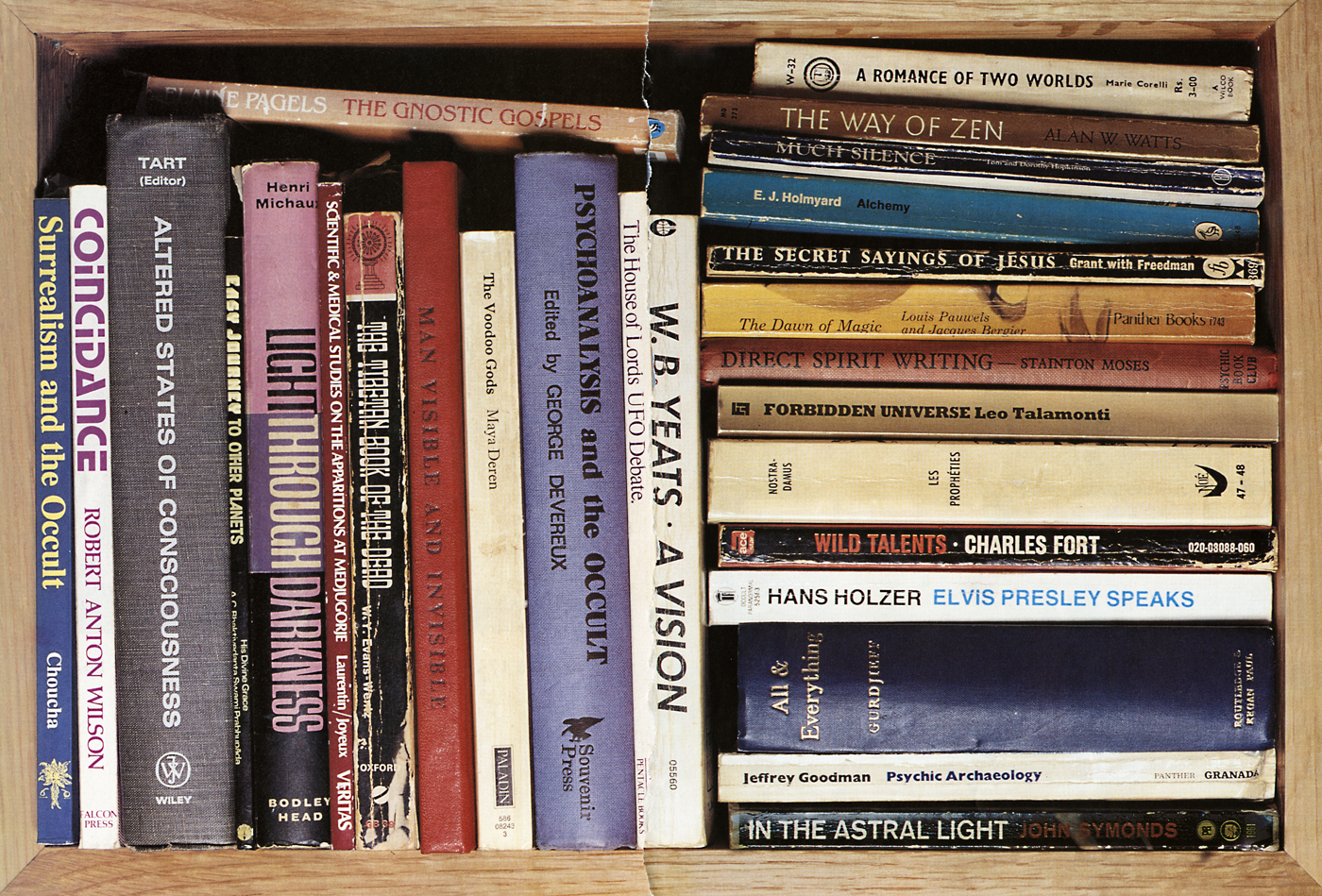 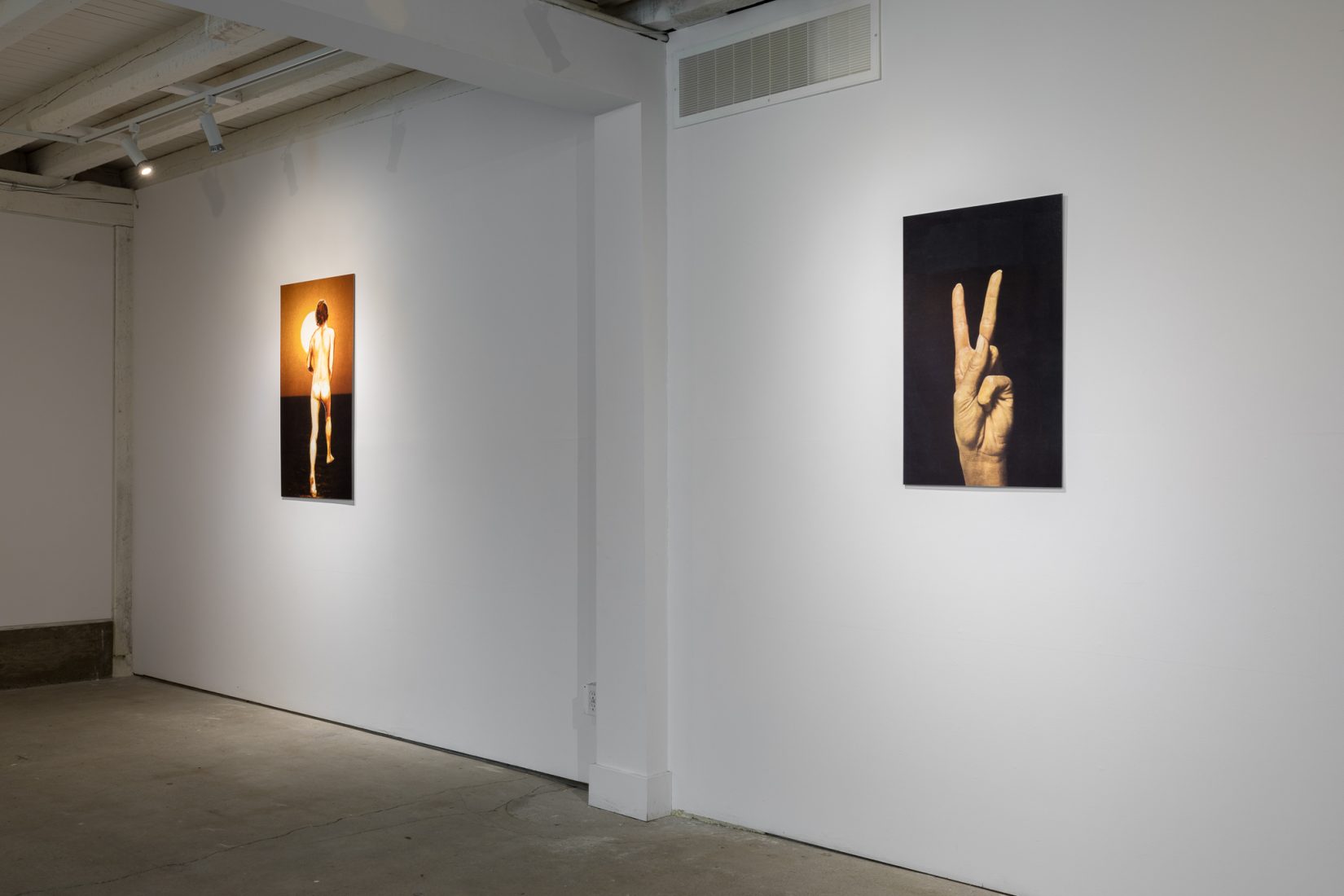 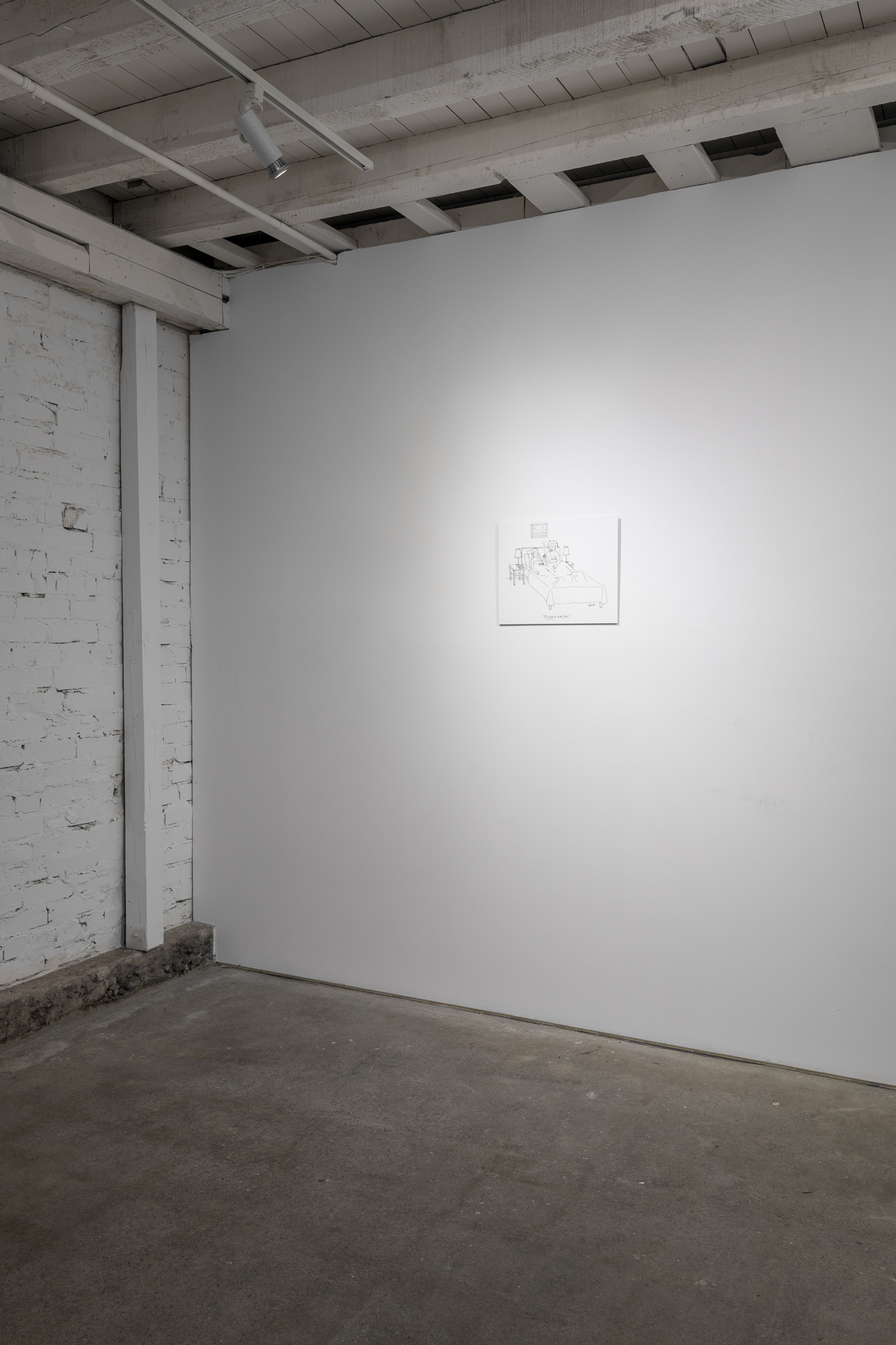 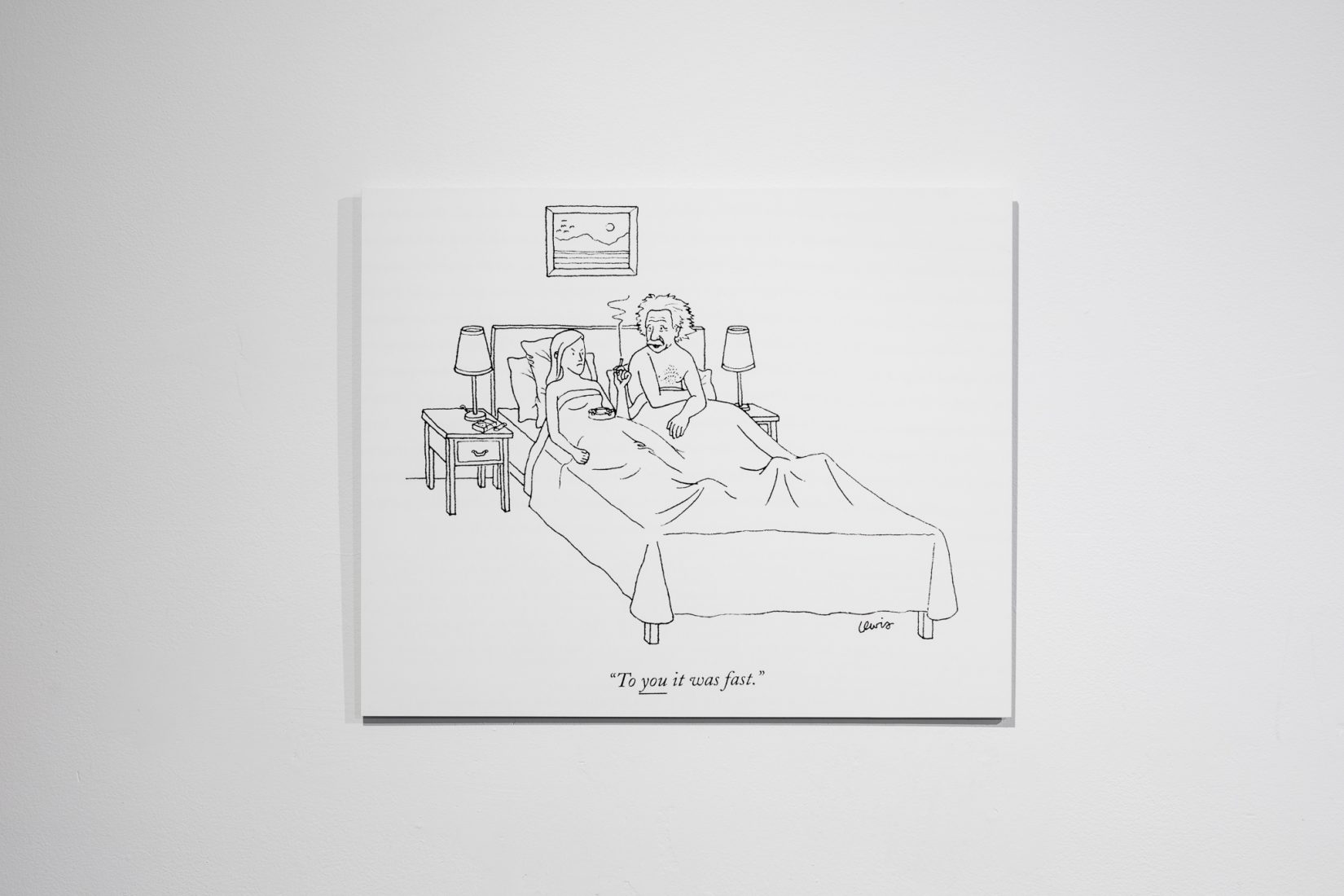 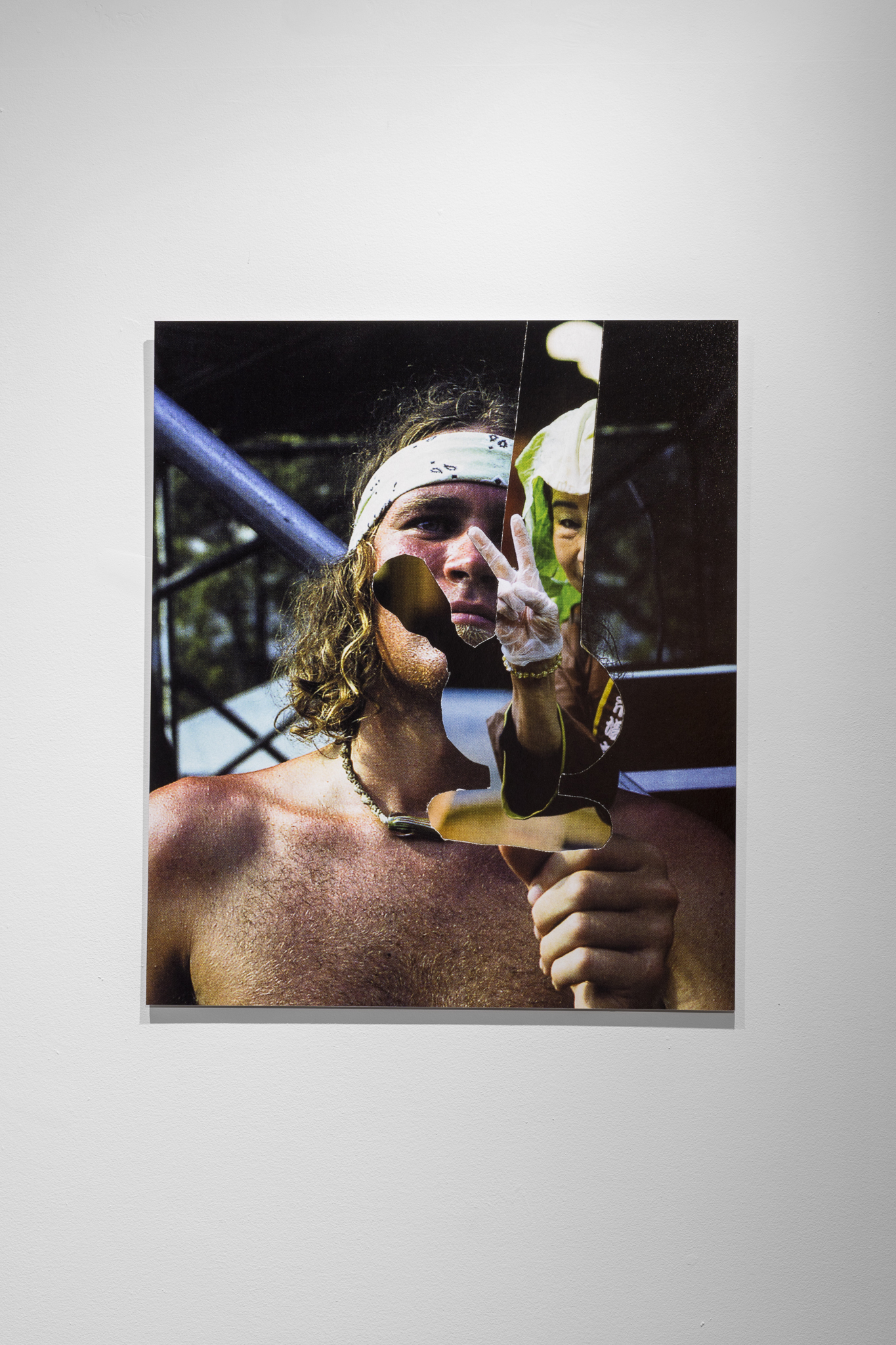 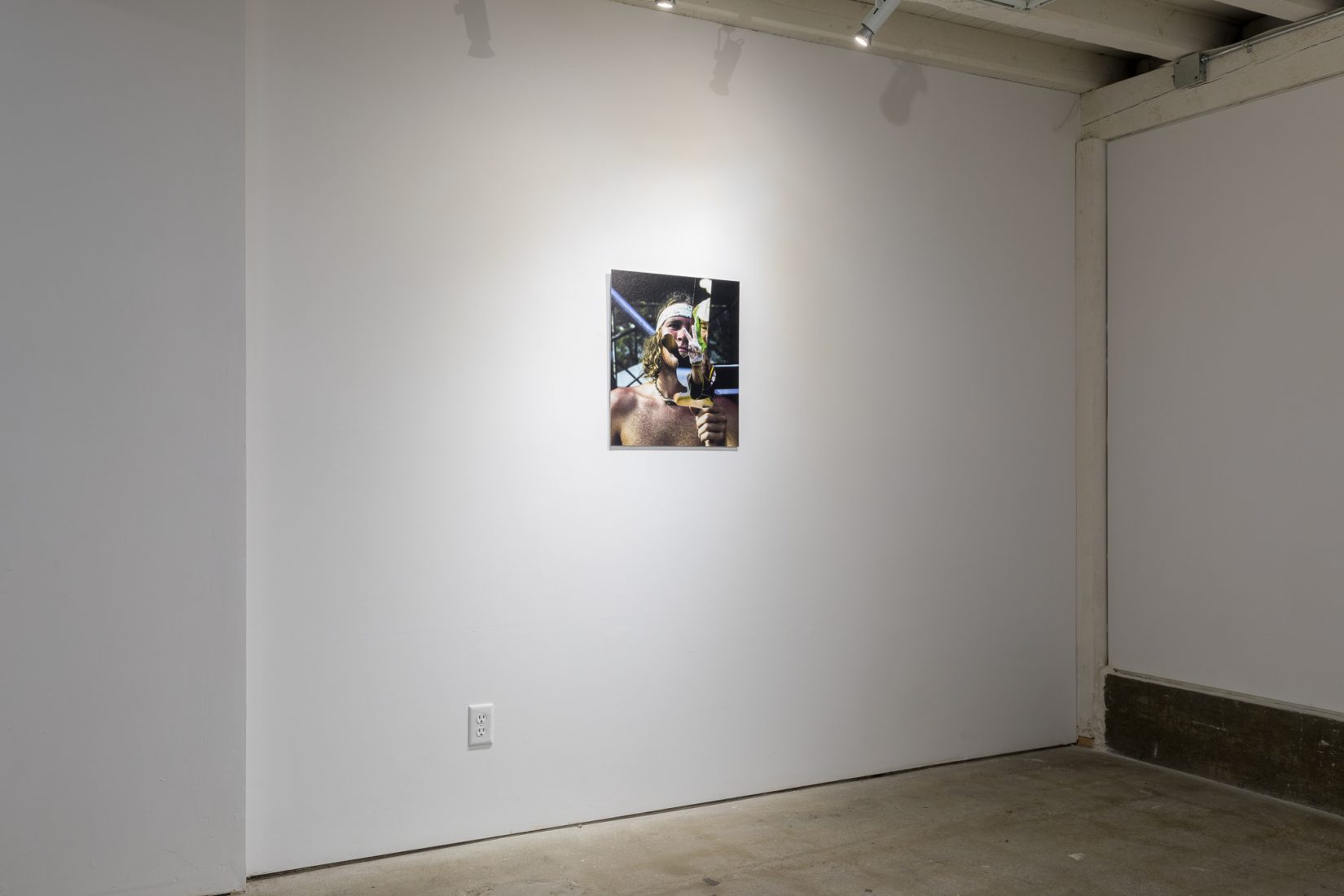 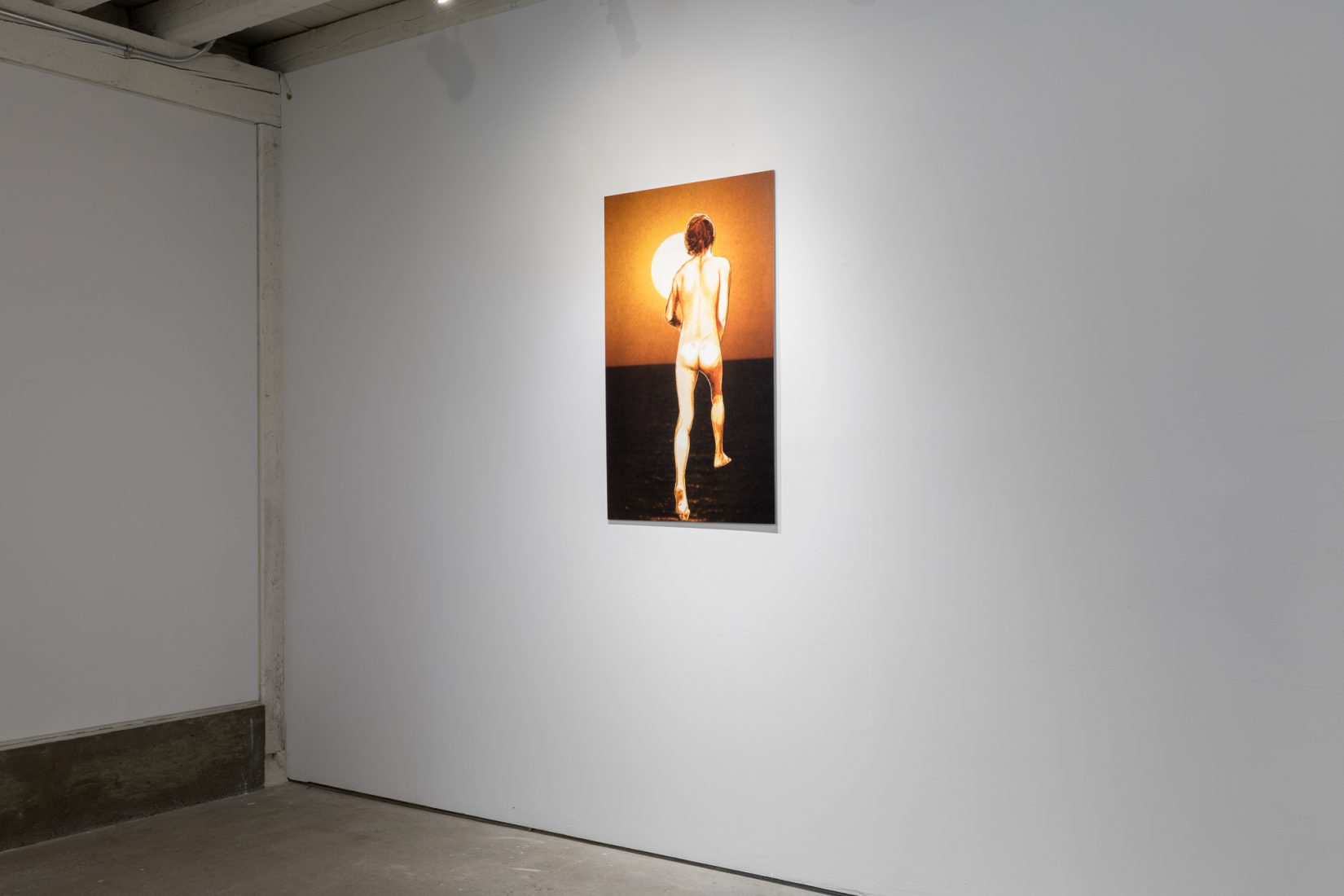 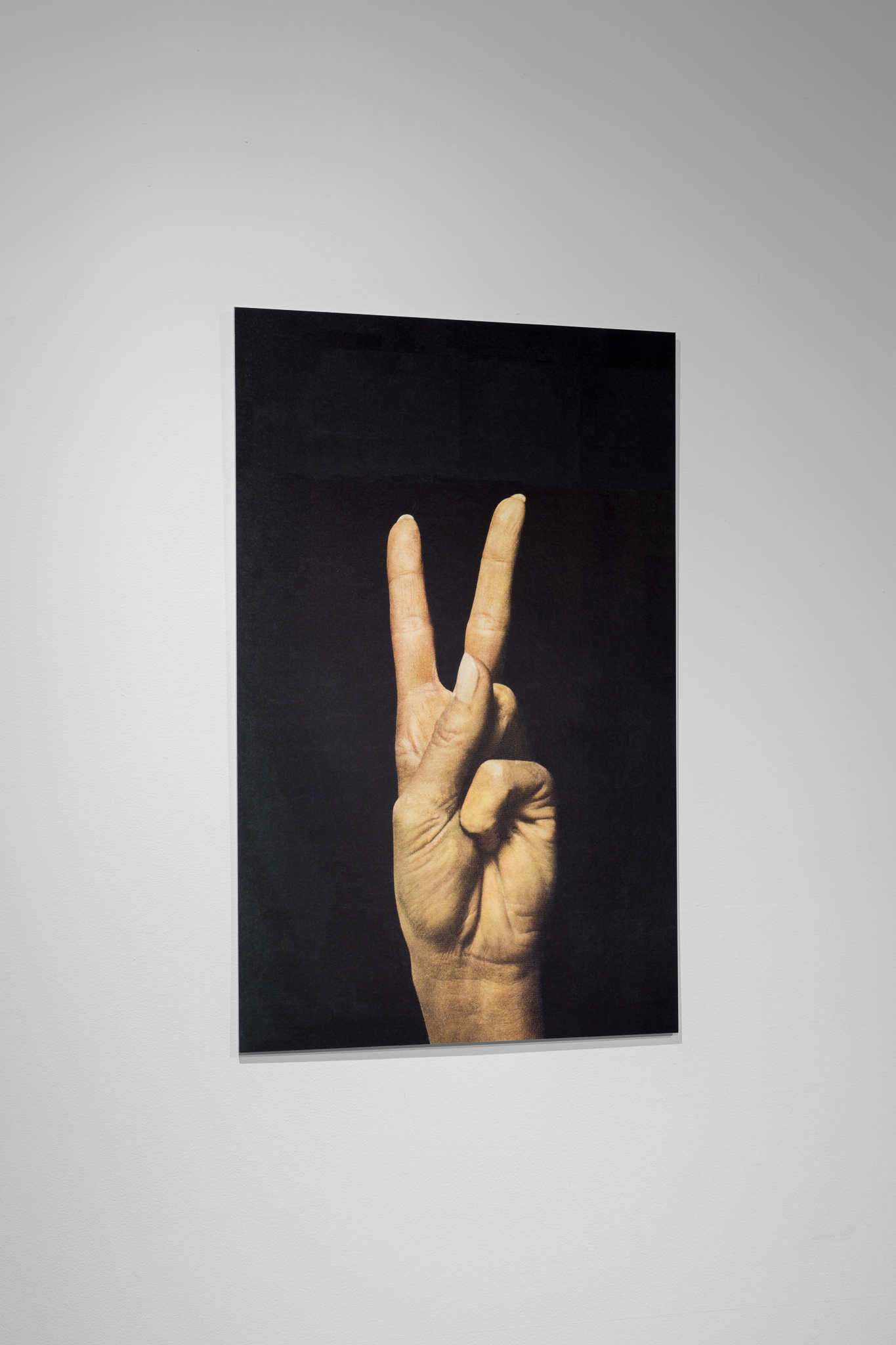 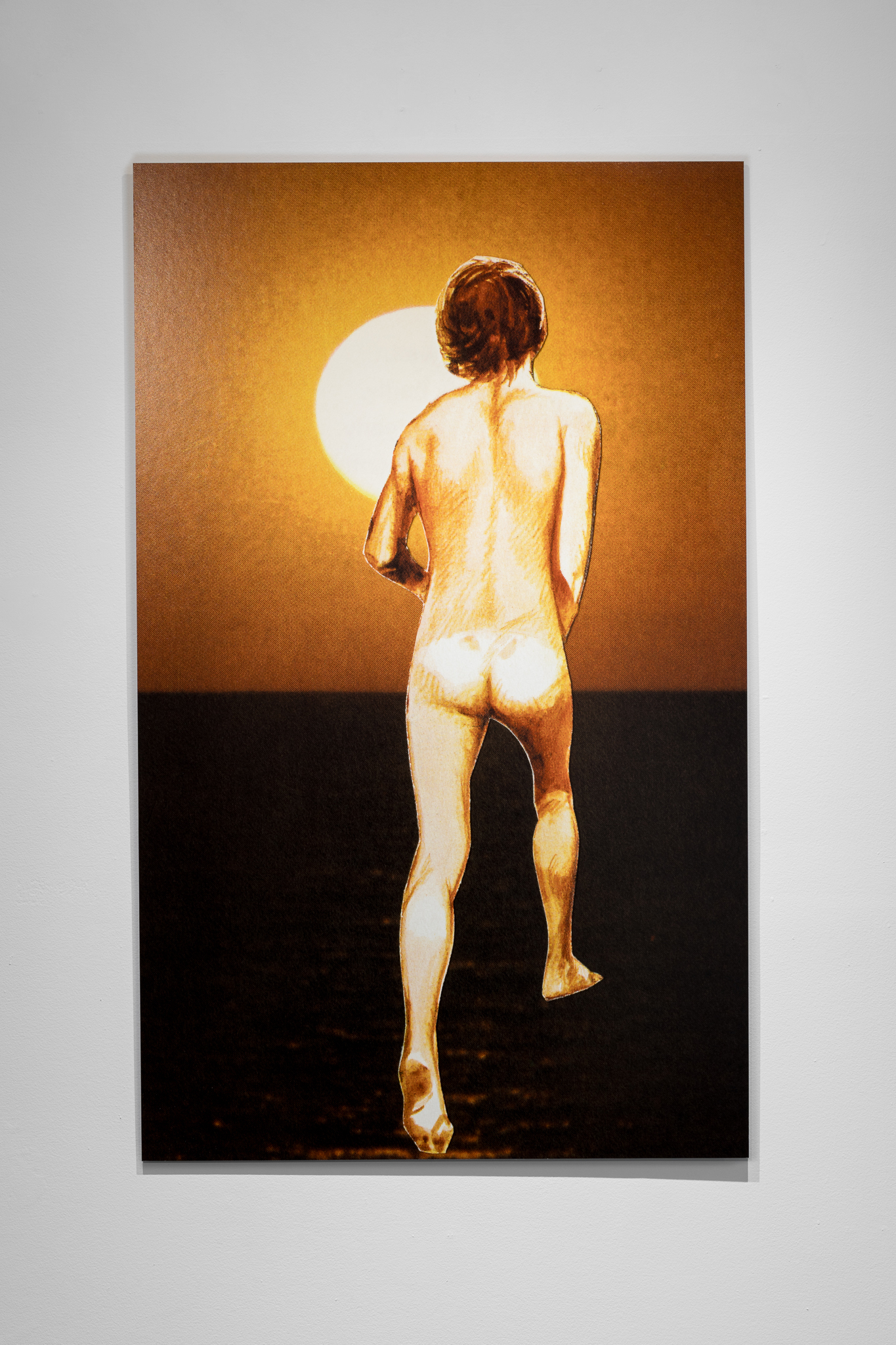 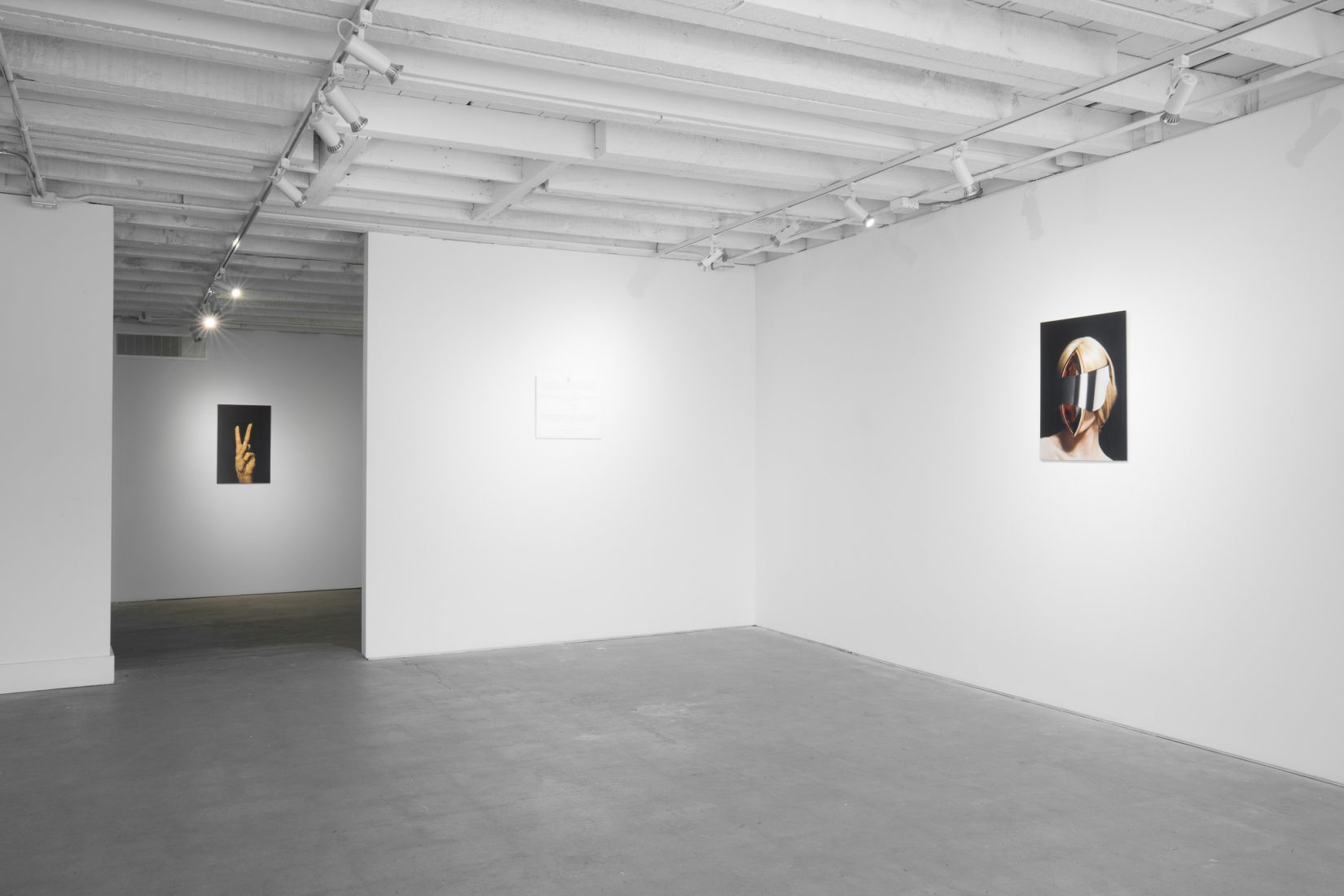 Elizabeth Zvonar’s practice is imbued with a longstanding fascination with the seductive excesses of capitalism, the search for spiritual equilibrium, the restrictions of patriarchal society, the history of western feminism, and the commodification of the female body. Featuring her trademark collages scanned and enlarged as digital prints, her new exhibition is the fruit of a recent two-month residency at the BAF.

Zvonar has been working in the medium of collage for two decades. While her early forays into the medium reveled in a maximalist approach, her more recent collages are exercises in restraint and removal, often containing no more than two or three discrete elements melded together. Armed with scissors and X-Acto knife, Zvonar obsessively accumulates a heterogeneous mix of found images amassed from glossy arts and culture, fashion, and lifestyle magazines—from the old-world glamour of Connaissance des arts of the 1960s and 70s to the slick, celebrity-focused US Vogue and Elle of the 2000s. The collages combine disparate components culled from different eras and publications, and collected during various periods of Zvonar’s practice. Each work can be understood thus as a kind of compressed time capsule of the artist’s corpus—an itinerary tracing a zigzagging trajectory of her interests over the course of her career.

Zvonar’s instinctive, hands-on approach enables her to embrace the uncertainty as to where the compulsive, repetitive act of cutting and pasting miscellaneous images may lead her—a kind of strategic dérive, which, within a Situationist framework, allows for the potential to escape the constraints of capitalist culture. Reflecting on her practice, Zvonar writes: ‘The direction the influence takes should have a limitless and unpredictable response. It can never be controlled. It is far more interesting for me as a producer of culture to approach the comprehension and making of objects and images from a subjective and intuitive place, rather than approaching culture through an already-made construct.’

In keeping with her particular way of working, Zvonar’s new body of work is eclectic in its wide-ranging sources of inspiration, which includes Simone de Beauvoir’s post-war feminist “bible” The Second Sex; early twentieth-century Russian esoteric P. D. Ouspensky’s musings on the cyclical nature of time; and Einstein’s theory of relativity as understood by a New Yorker cartoonist, to name but a few. Juxtaposing equally unexpected elements gleaned from the flotsam and jetsam of western visual culture, Zvonar generates an ambiguous iconography that refuses the limitations of fixed interpretation: a futuristic metallic visor masks the eyes of a face split open, revealing a sparkling jewel; fingers gesticulate in the sign for peace or victory accompanied by the repeated words “The New Feminism”; a naked figure in a desolate landscape runs toward a flaming sun.

Cutting through recurring idealized, impossible versions of how to live in her witty, surrealist, sometimes trippy collages, Zvonar playfully challenges the supposed inevitability of dominant value systems, patriarchal power structures, and conventional lifestyles, while opening up a space for the viewer to imagine how these could be reconfigured and recast.

To you it was fast