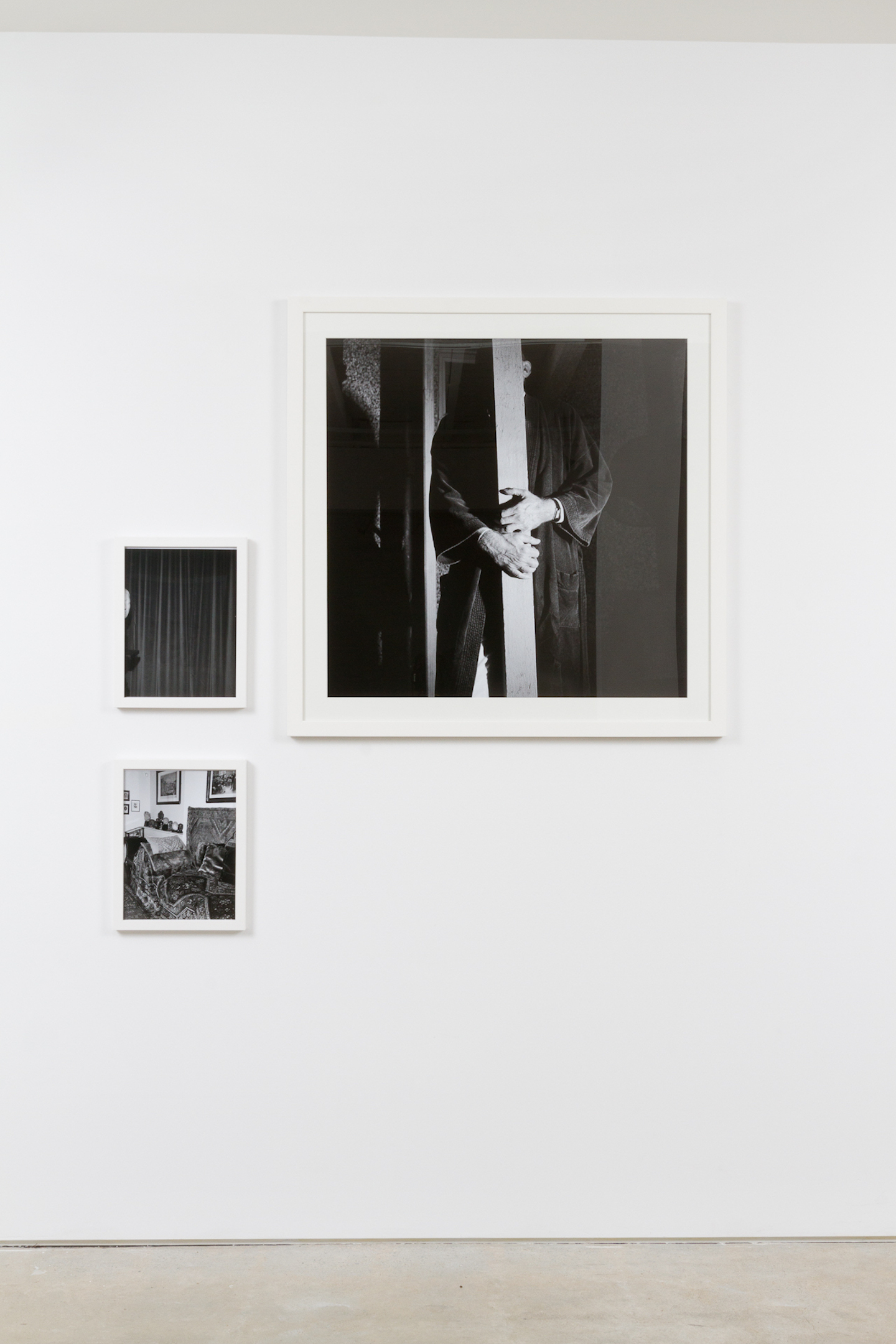 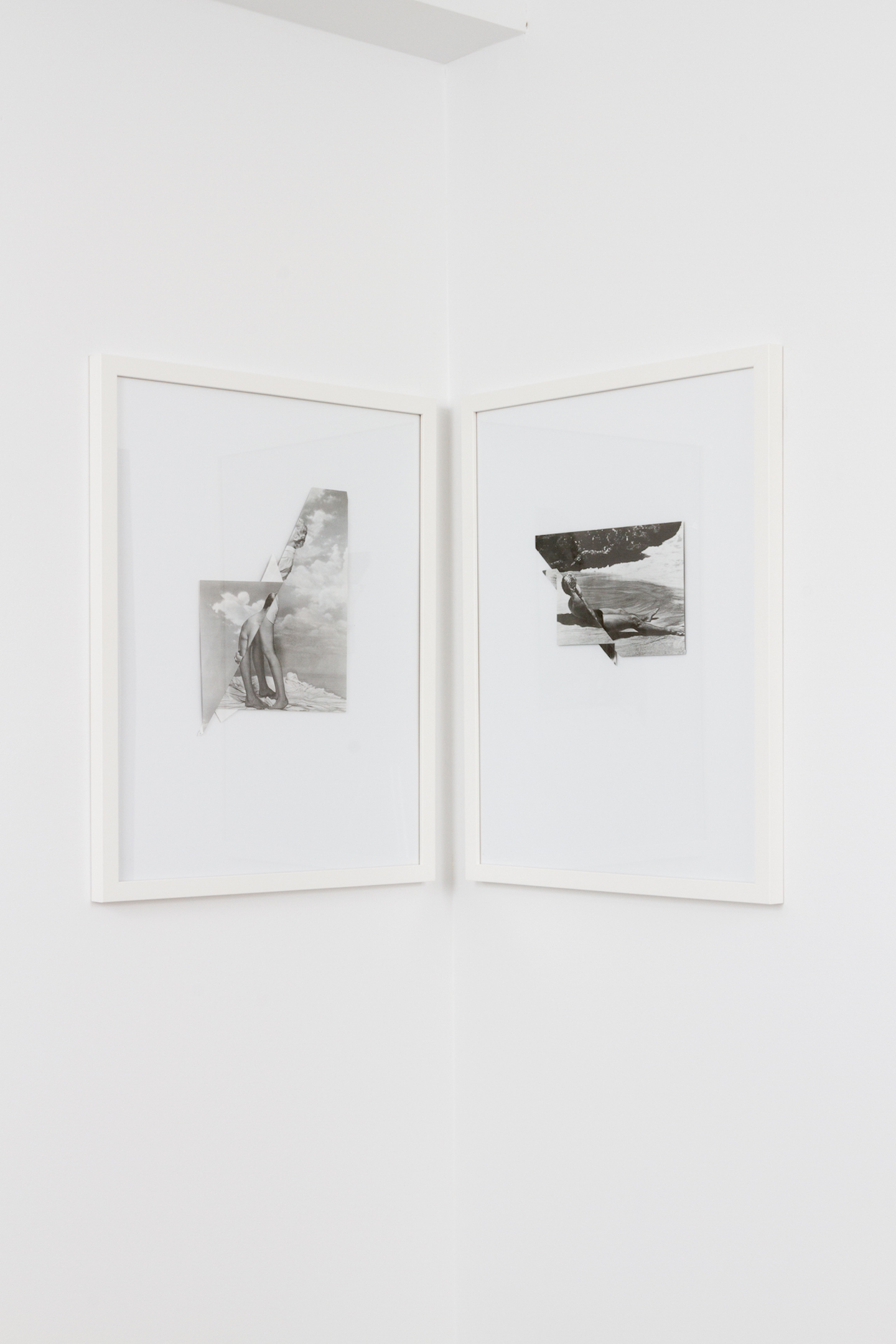 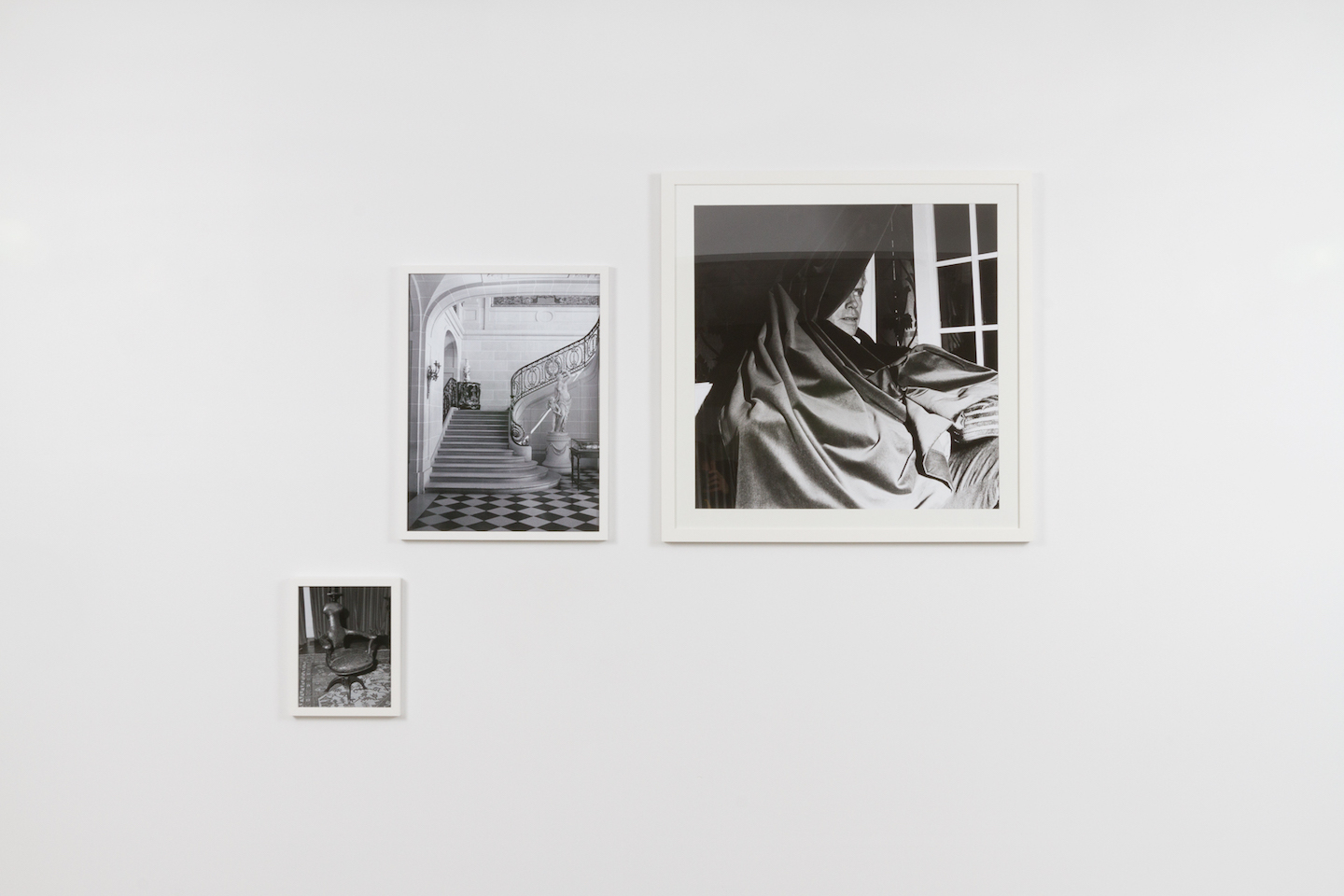 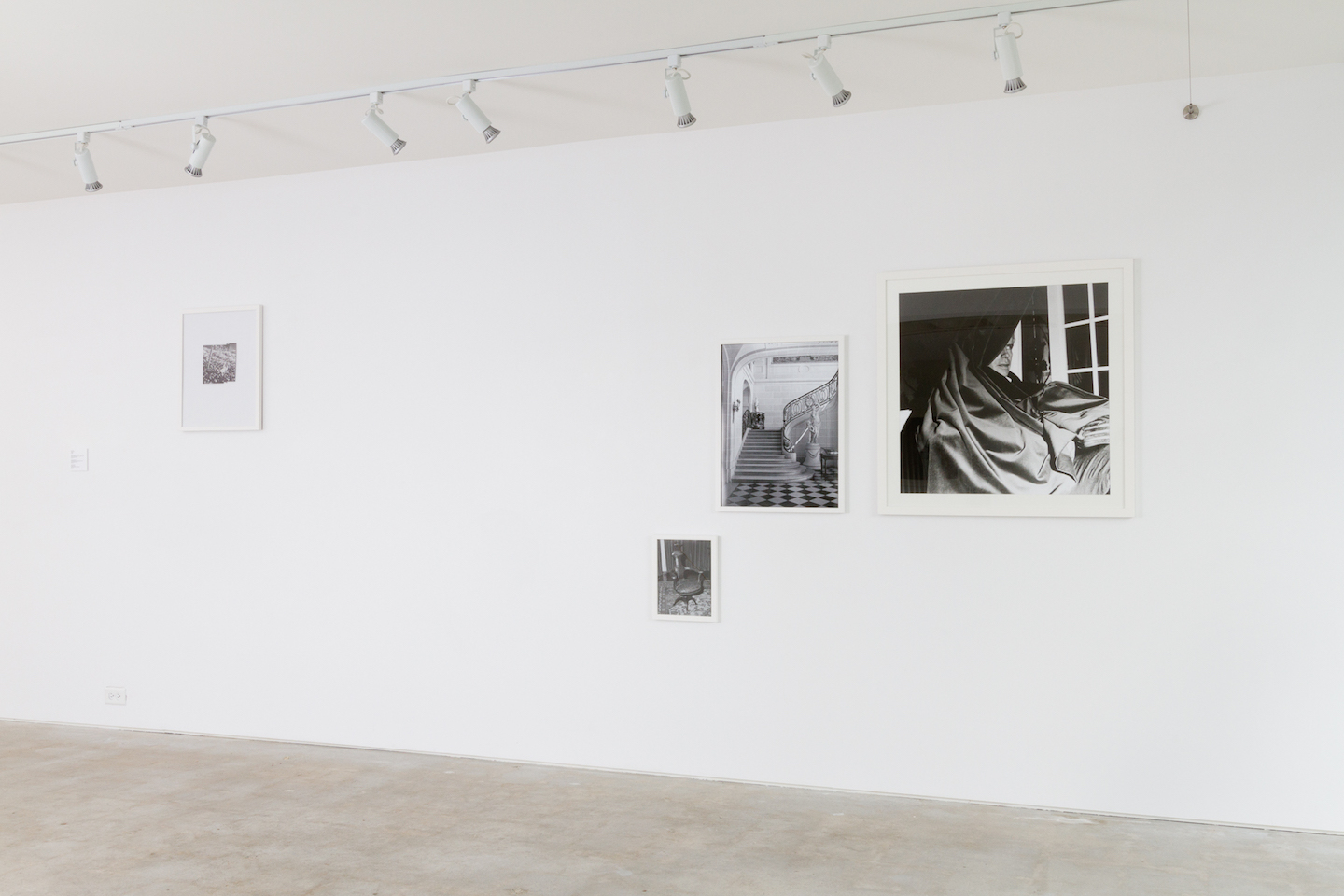 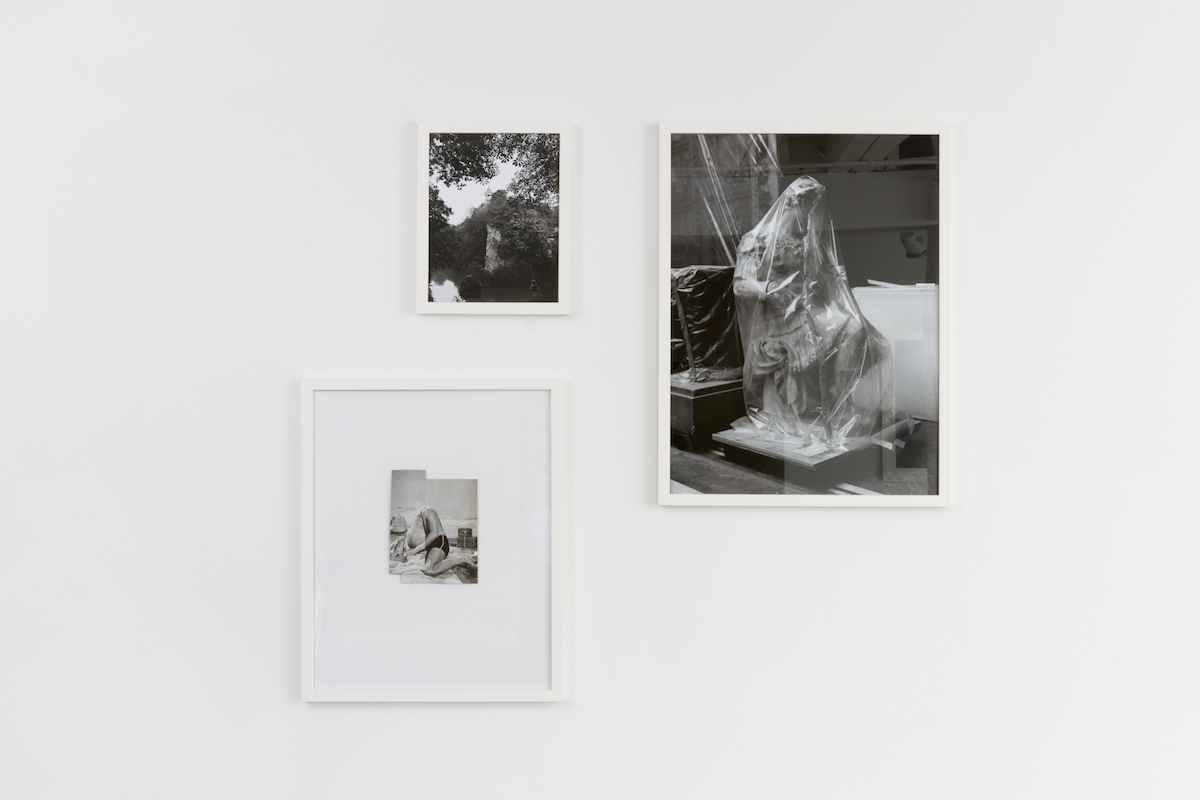 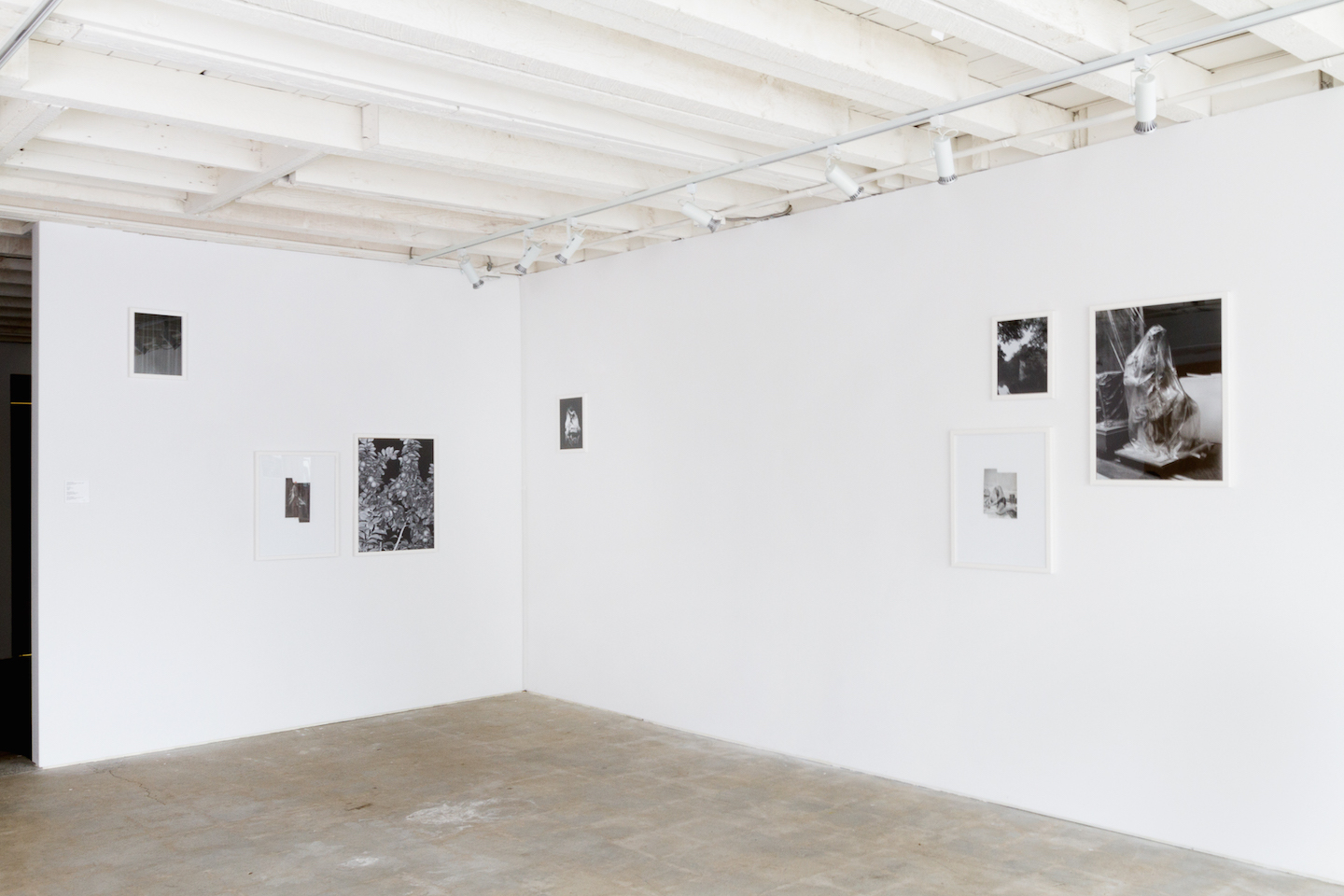 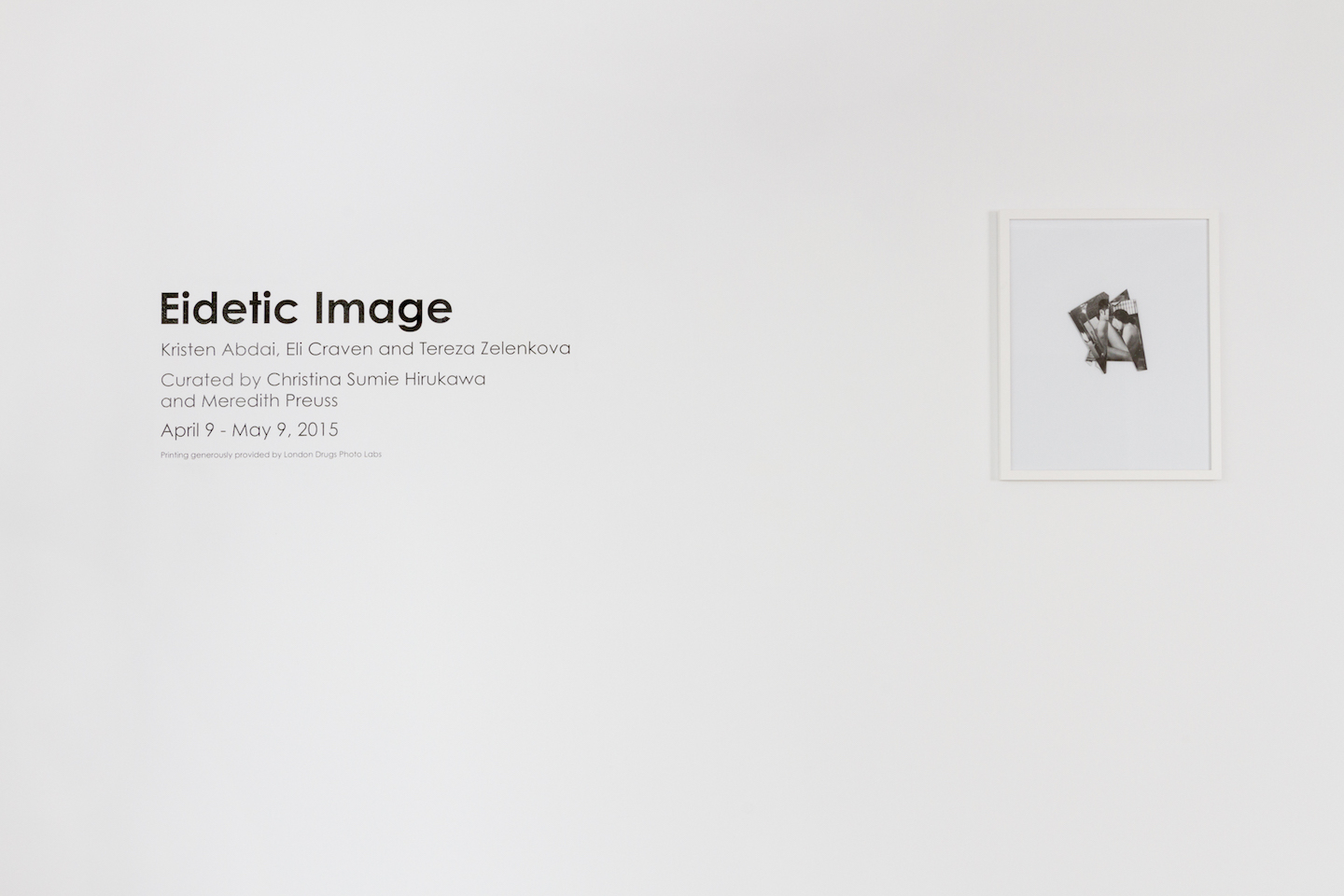 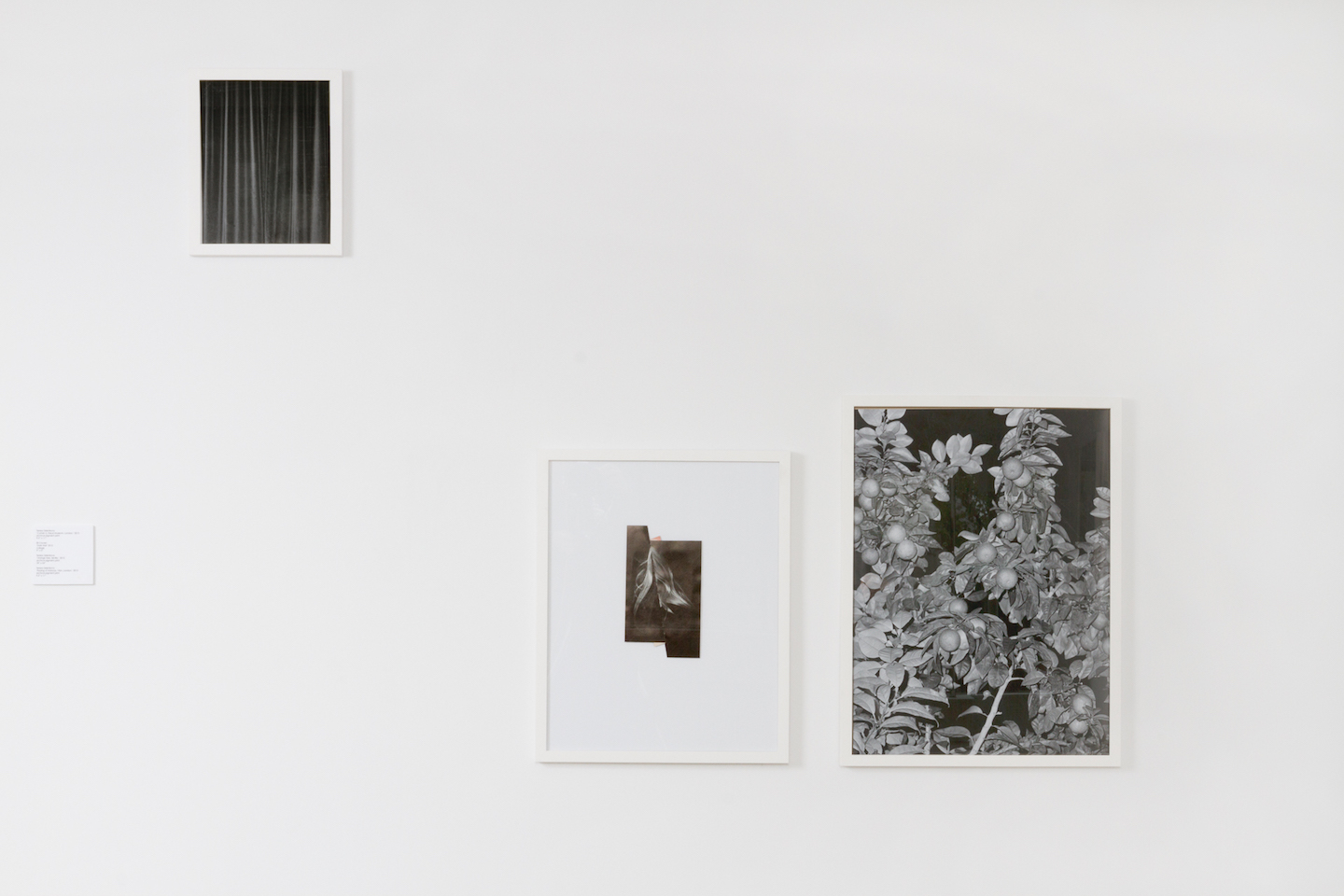 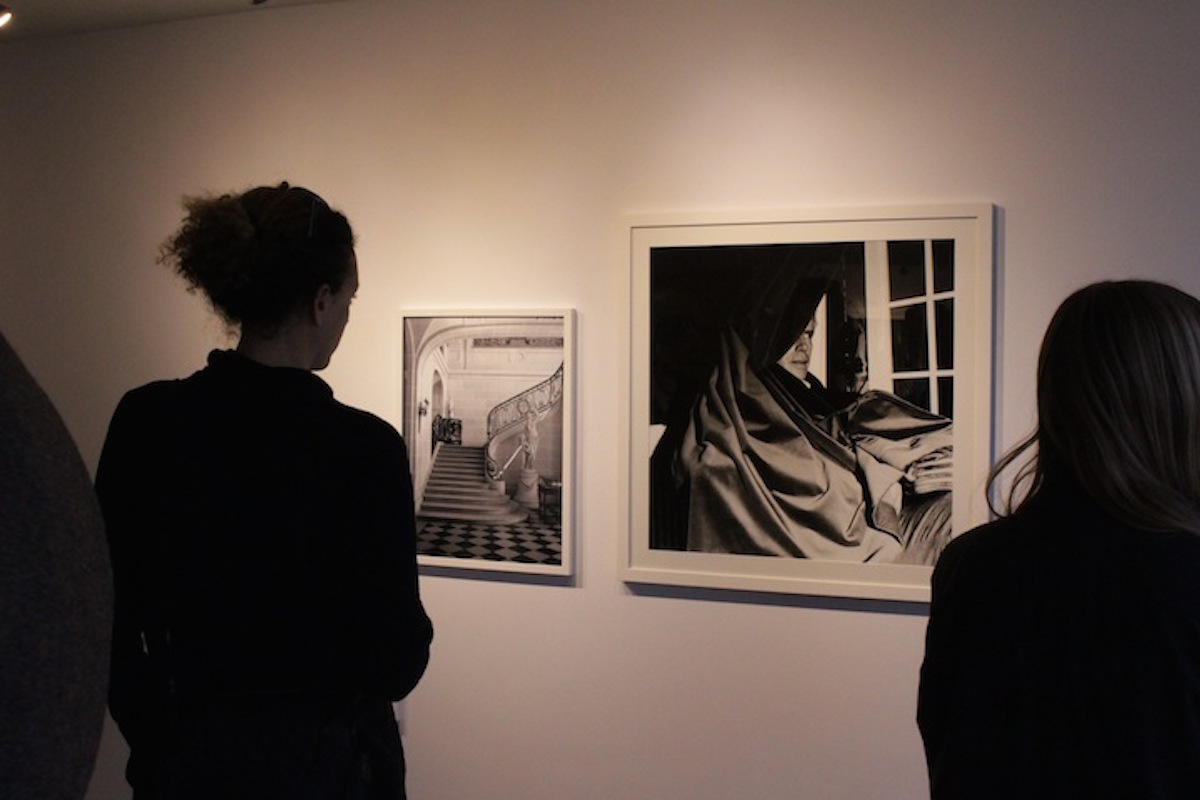 Eidetic Images examines the basic aspects of dream-work, exploring the images, symbols, and overarching role of visual culture in Sigmund Freud’s dream-work theory through the exhibition of three photo-based artists work. According to Freud, dreams are processed in three stages: First, the initial episode that is observed while sleeping. Second, as the subject attempts to describe the dream through language. And third, known as the secondary elaboration, through the dreamer’s free associations with the signs, symbols, and metaphors the dream brought forth.

Drawing on these themes, this exhibition brings three artists together for the first time: Kristen Abdai, Eli Craven, and Tereza Zelenkova. Like the final, secondary elaboration of dream-work itself, the exhibition presents their black-and-white photo-based works in small groupings or maquettes to create extended dream-oriented and symbol-laden narratives. This curatorial method encourages the appropriation of images present in the work while prompting continued investigation into the role of symbols and metaphors in the everyday.
Photographic practices of double exposure, montage, and solarization developed and mastered during the surrealist period illustrate the breadth of the medium’s ability to physically present both the signified and signifier, with the two parts making the whole: the sign. In the 1981 October article “The Photographic Condition of Surrealism,” Rosalind Krauss describes how these signs and symbols illustrate how the photographic image “(is) not (an) interpretation of reality. . . . They are presentations of that very reality as configured, or coded, or written.” The exhibition presents a selection of collages and photographs cropped, cut, and framed; these acts of physical change and presentation bring these images together to present the nature of experience, narrative, and space.

Kristien Abdai is a Canadian artist based in London England. She is currently an MA candidate at the Royal College of Art, expected to graduate in June 2015. Abdai received a graduate studies award from BC Srts Council in 2013 and was shortlisted for the European Price in 2014. She has exhibited in both Canada and the United Kingdom, most recently at Vancouver’s Or Gallery. She is the editor of LAUGH magazine, a London based publication featuring artists and writers engaging with Post Irony and New Sincerity.

Eli Craven is an American artist living in Champaign, Illinois, where he is currently an MFA candidate in Photography at the University of Illinois. His work explores the role of images in processes of socialization. Using photography, sculpture, and collage he creates works that suggest something tangible behind the surface of a photograph. He gathers imagery from collected magazines, books and his own personal history, and with a delicate blend of humor and melancholy they are reconfigured to interrogate the ostensible values of the original. Craven’s work has been shown in national and international exhibitions and publications. Recently, his work has been featured in Baron Magazine, Kuntsbeeld magazine, The Age of Collage published by Gestalten in Berlin, and Collage Makers published by Monsa Publications in Barcelona.

Tereza Zelenkova born in Ostrava, Czech Republic, working predominantly in black and white photography. Graduated with First Class Honours in BA Photographic Arts at the University of Westminster in 2010 and in 2012 she received MA in Photography from the Royal College of Art. A finalist of The 1000 Words Award, Fresh Faced & Wild Eyed 2011 awarded by The Photographer’s Gallery, and she was shortlisted for the Saatchi New Sensations 2012 award. Featured in several international publications highlighting new contemporary photographers such as Collectors Guide to New Art Photography (2011 by Humble Arts Foundation) and Hijacked III (2012 by Big City Press). She has several self-published books as well as Supreme Vice published by Mörel Books. Her work has been exhibited in galleries and museums worldwide, most recently at the Perth Institute of Contemporary Arts (Perth, AU), Western Exhibitions (Chicago, US), and Northern Gallery for Contemporary Art (Sunderland, UK).