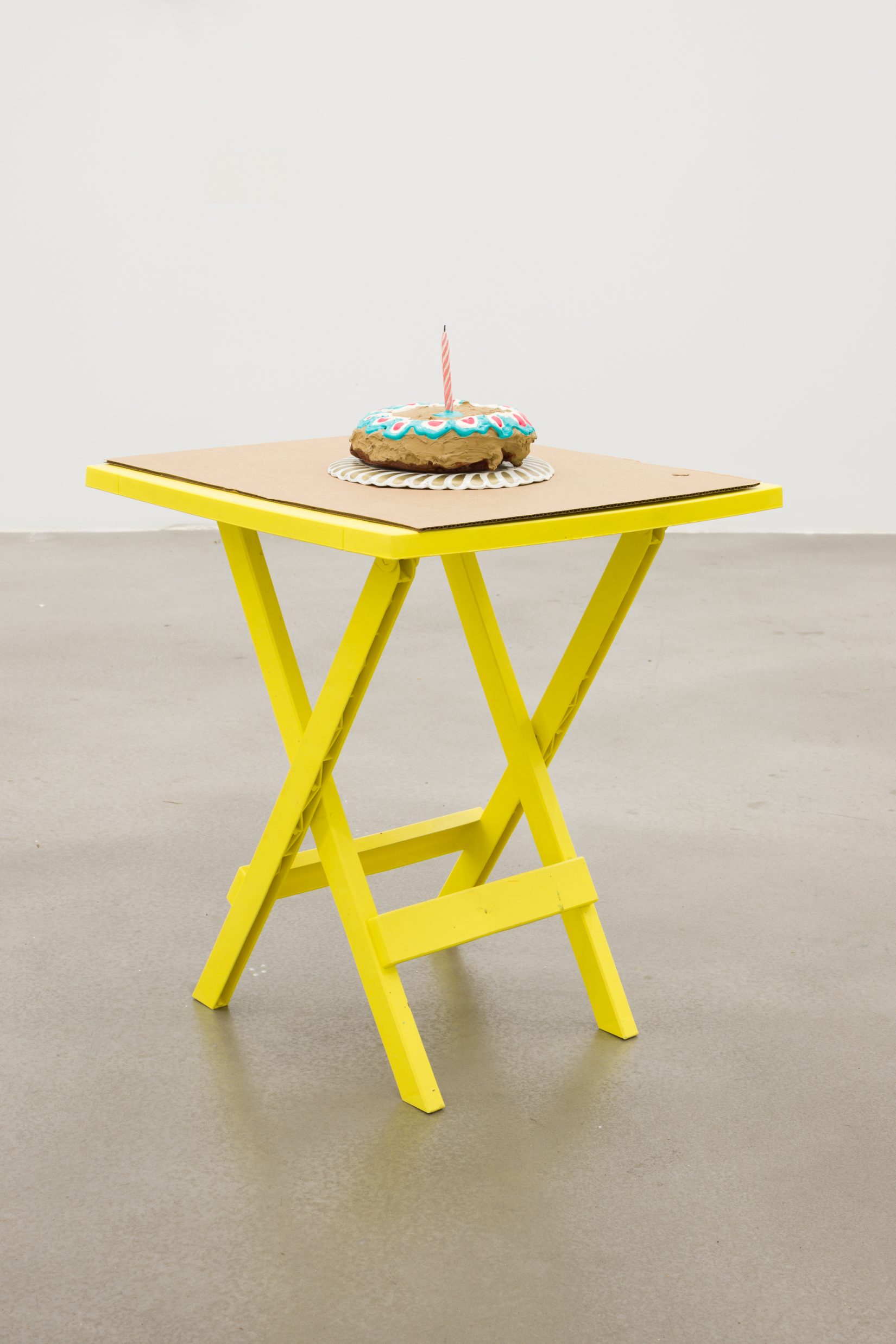 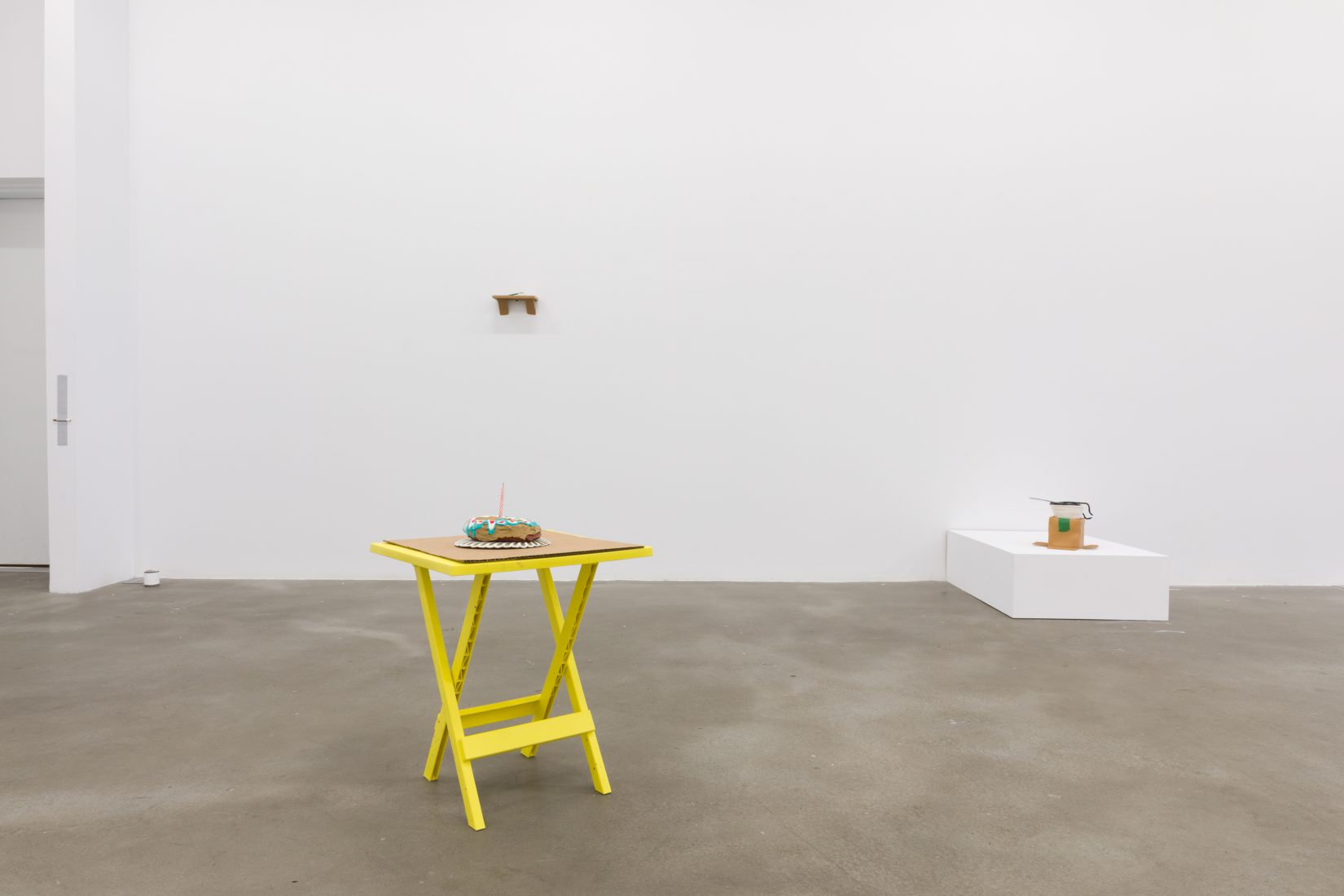 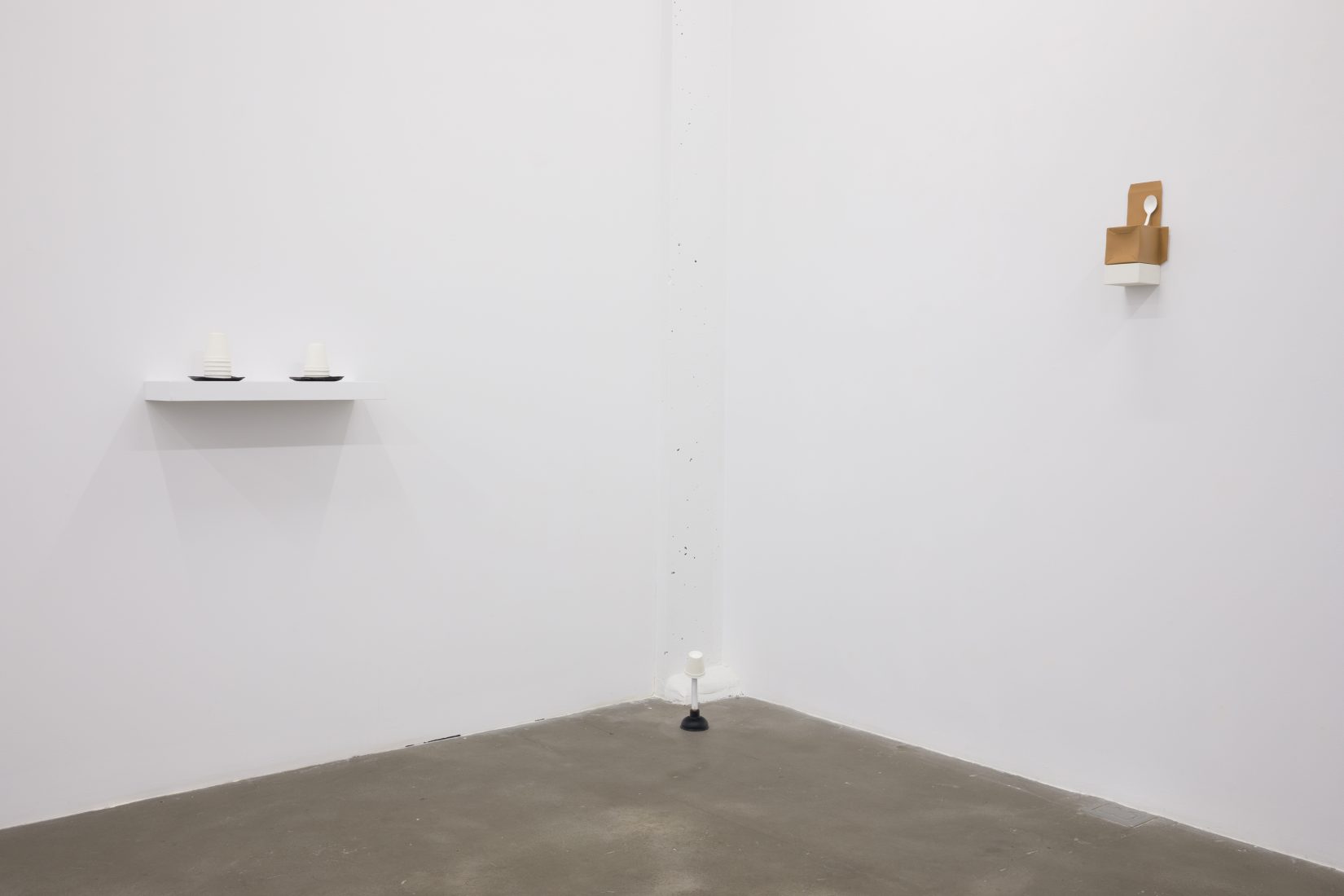 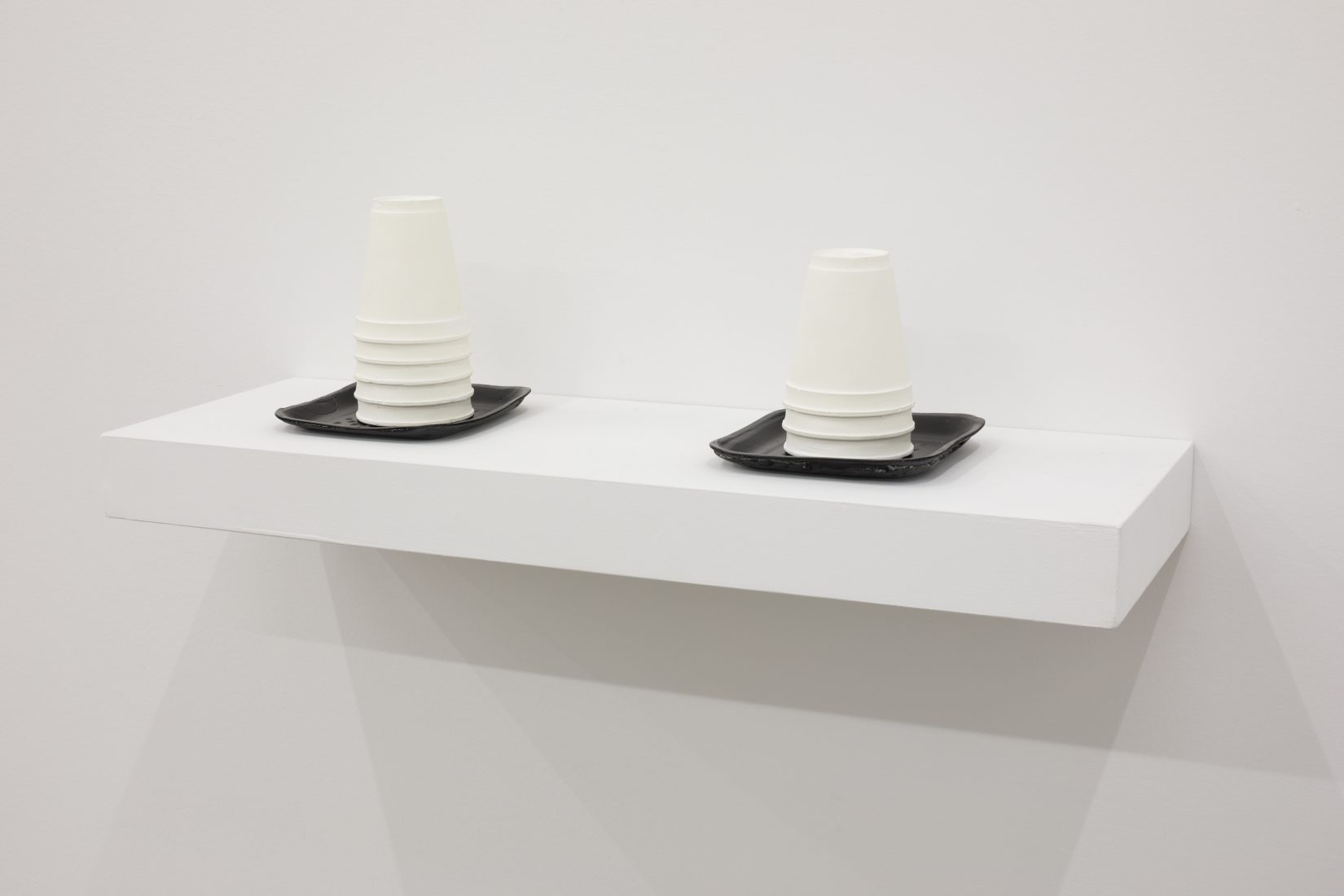 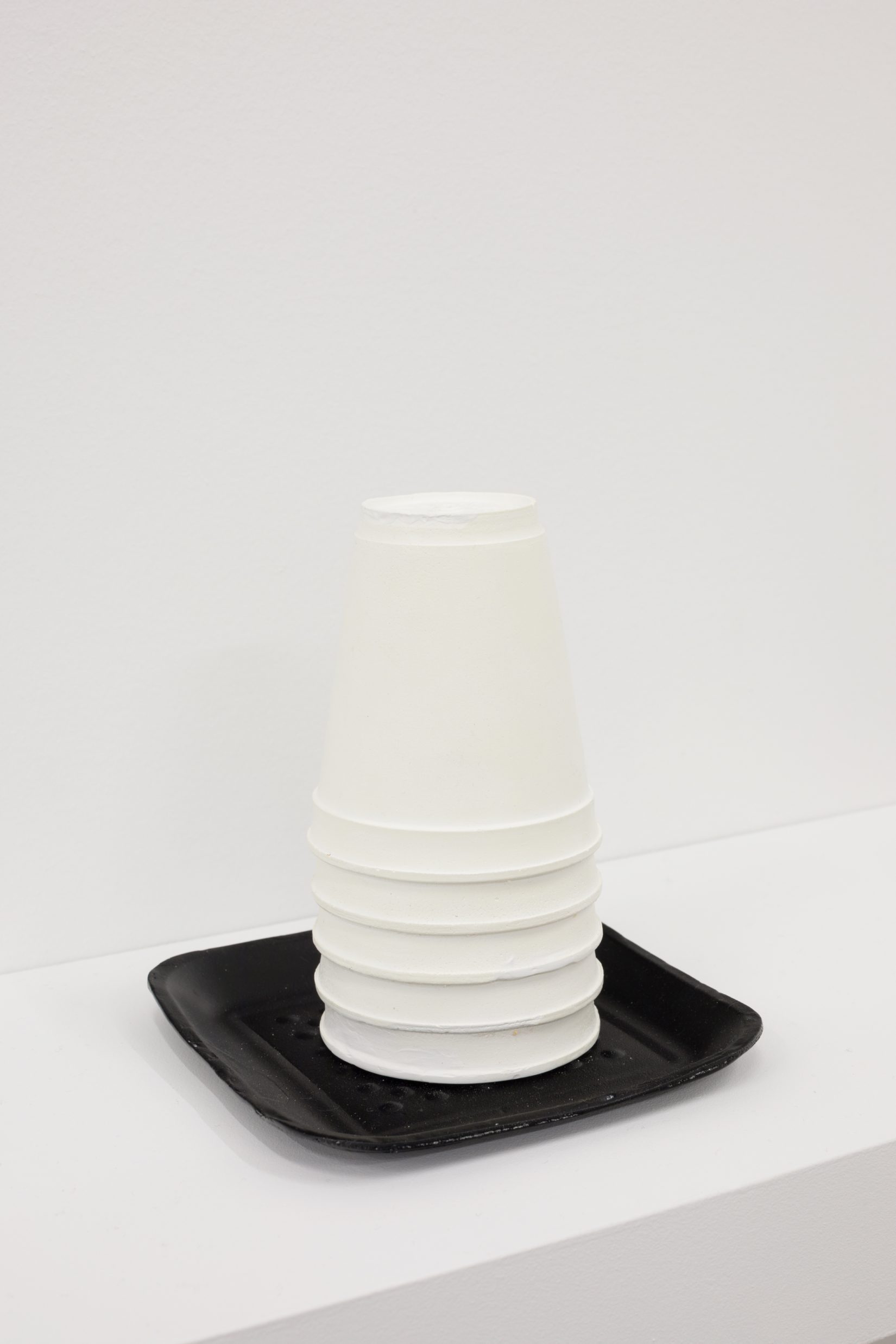 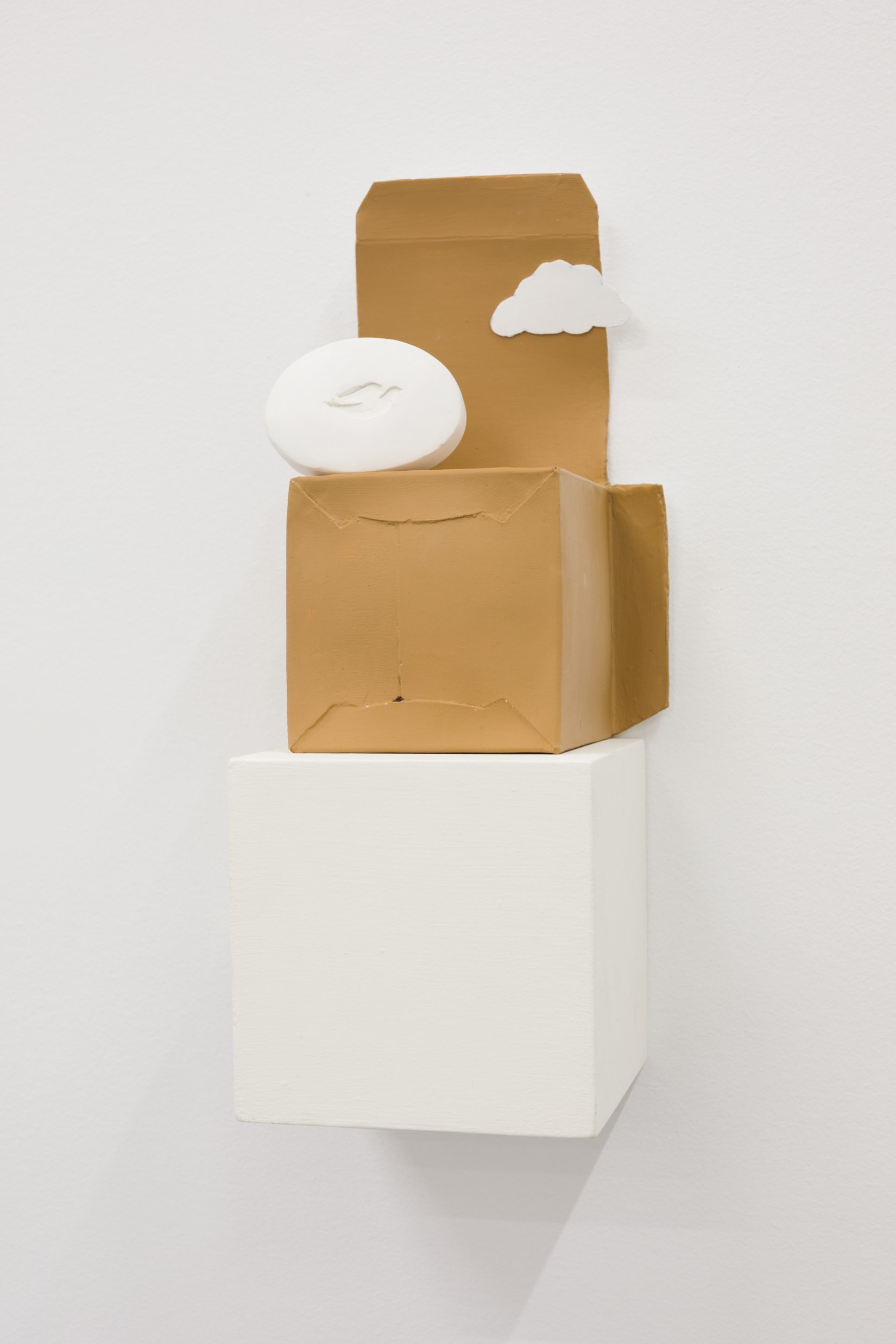 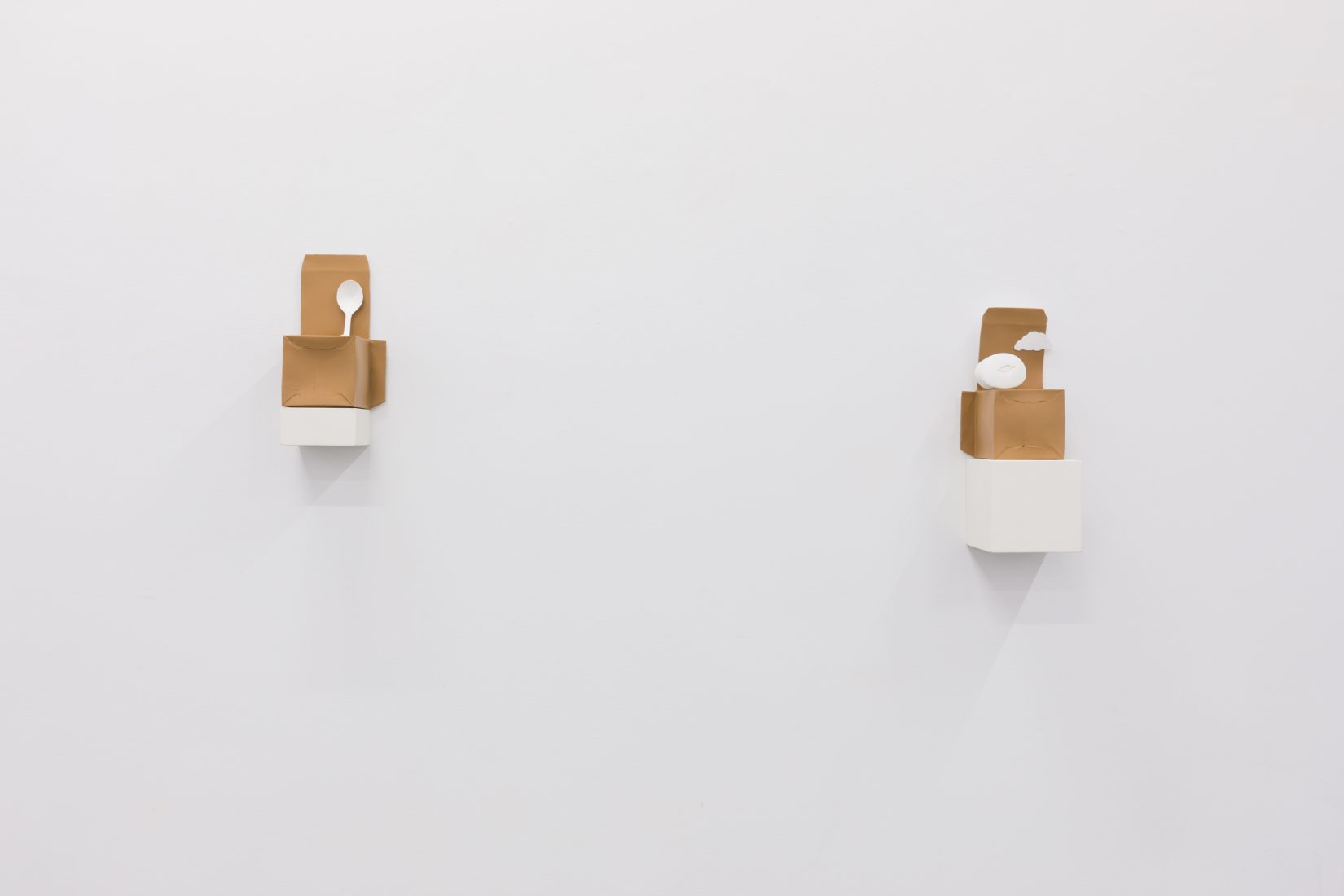 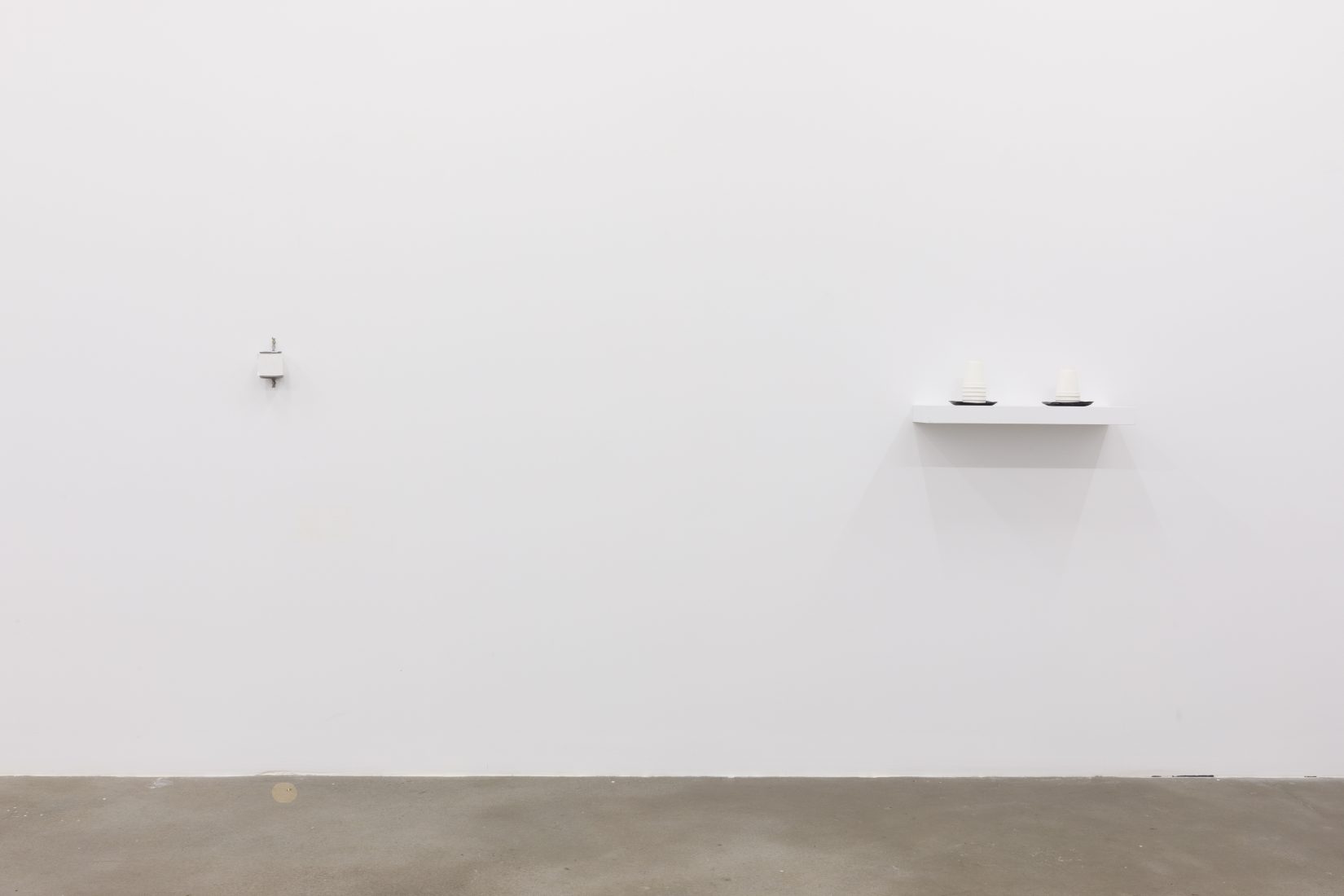 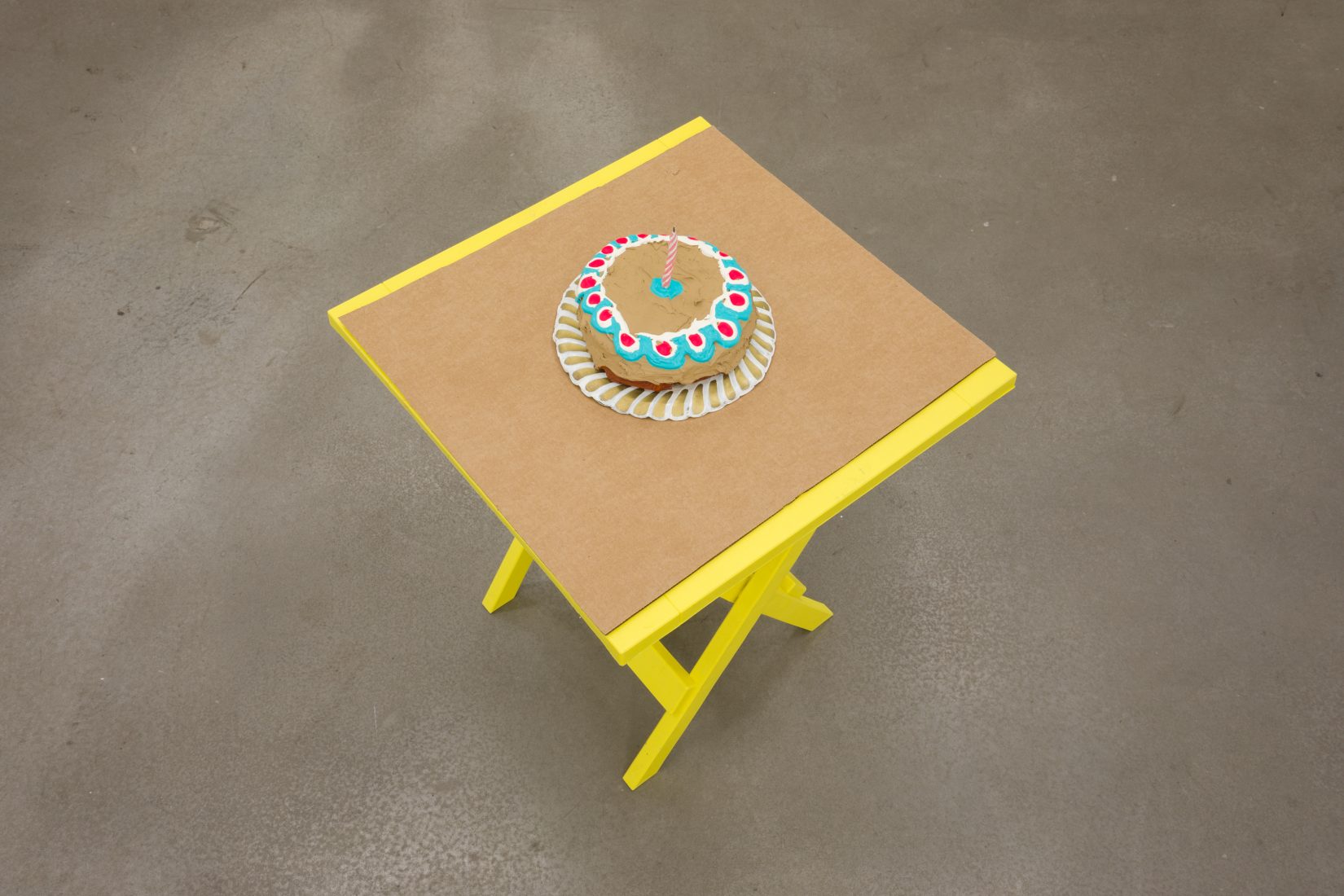 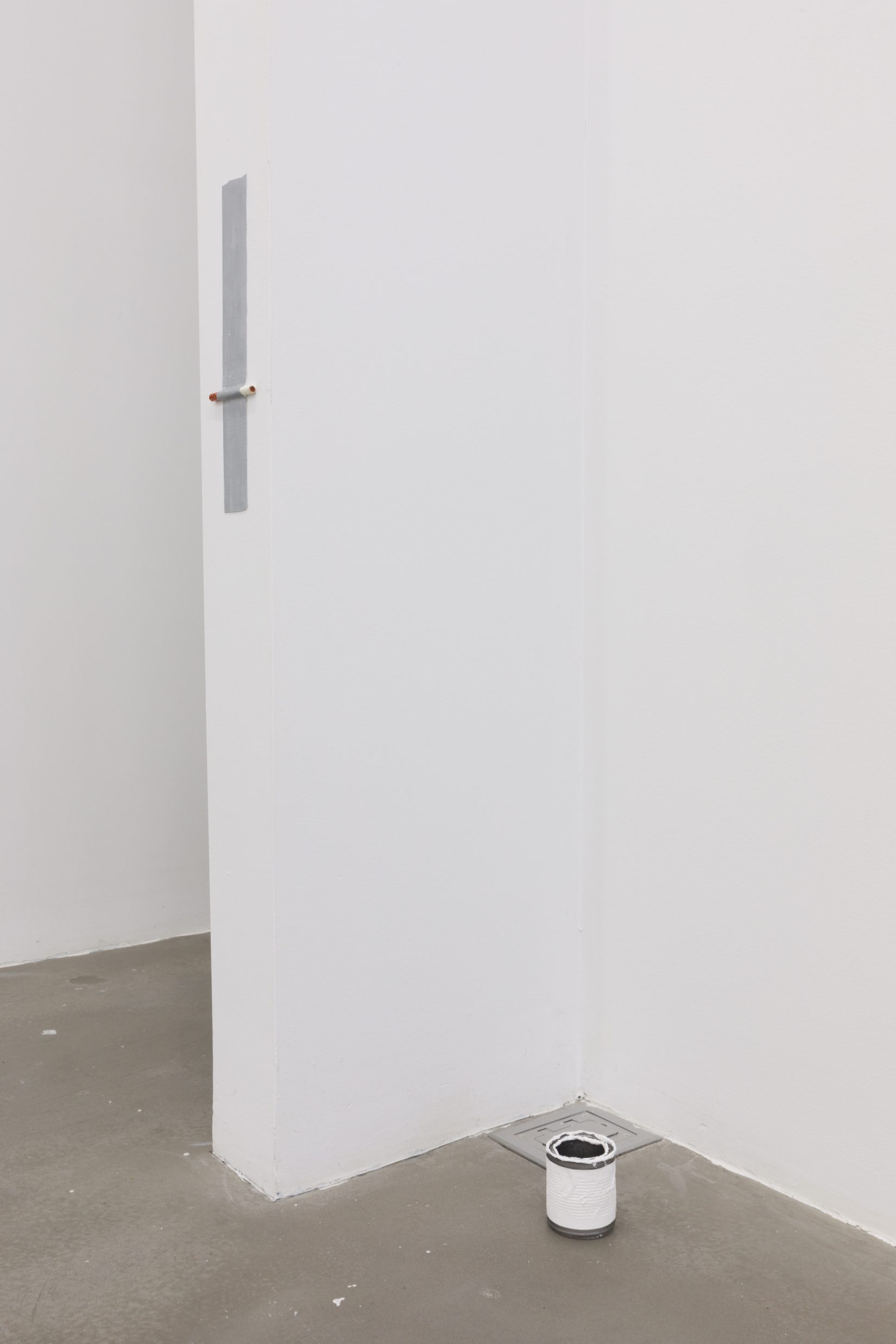 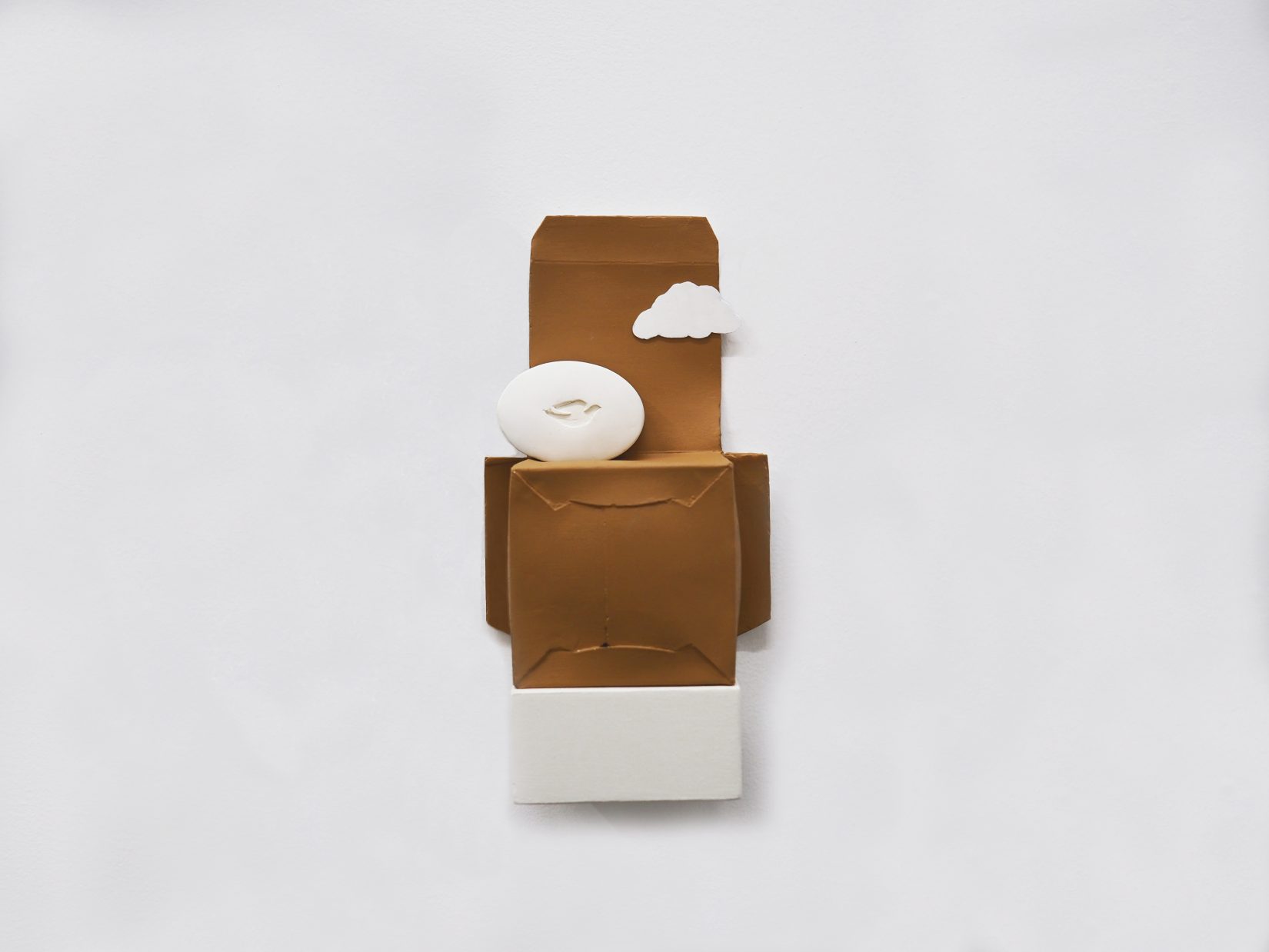 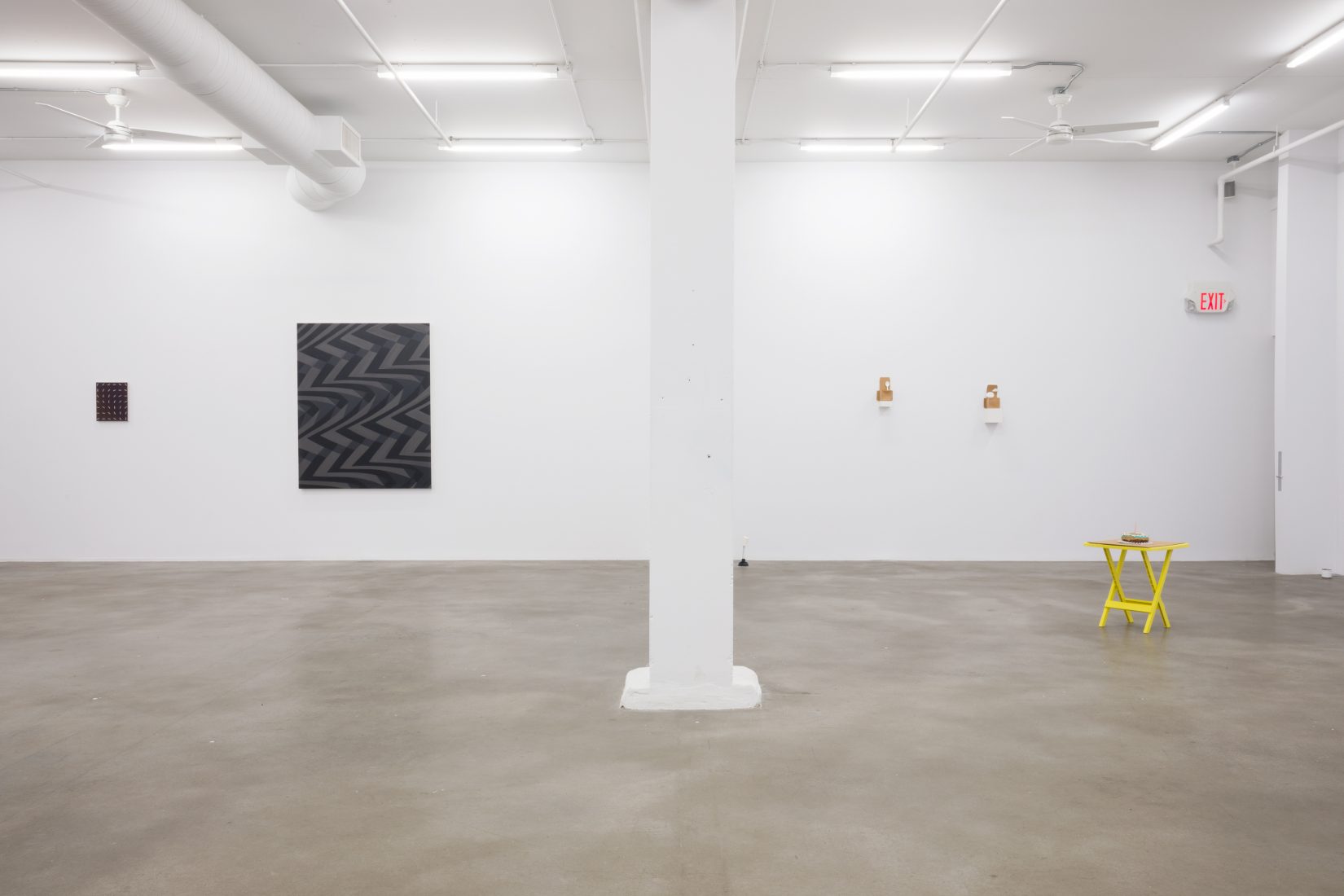 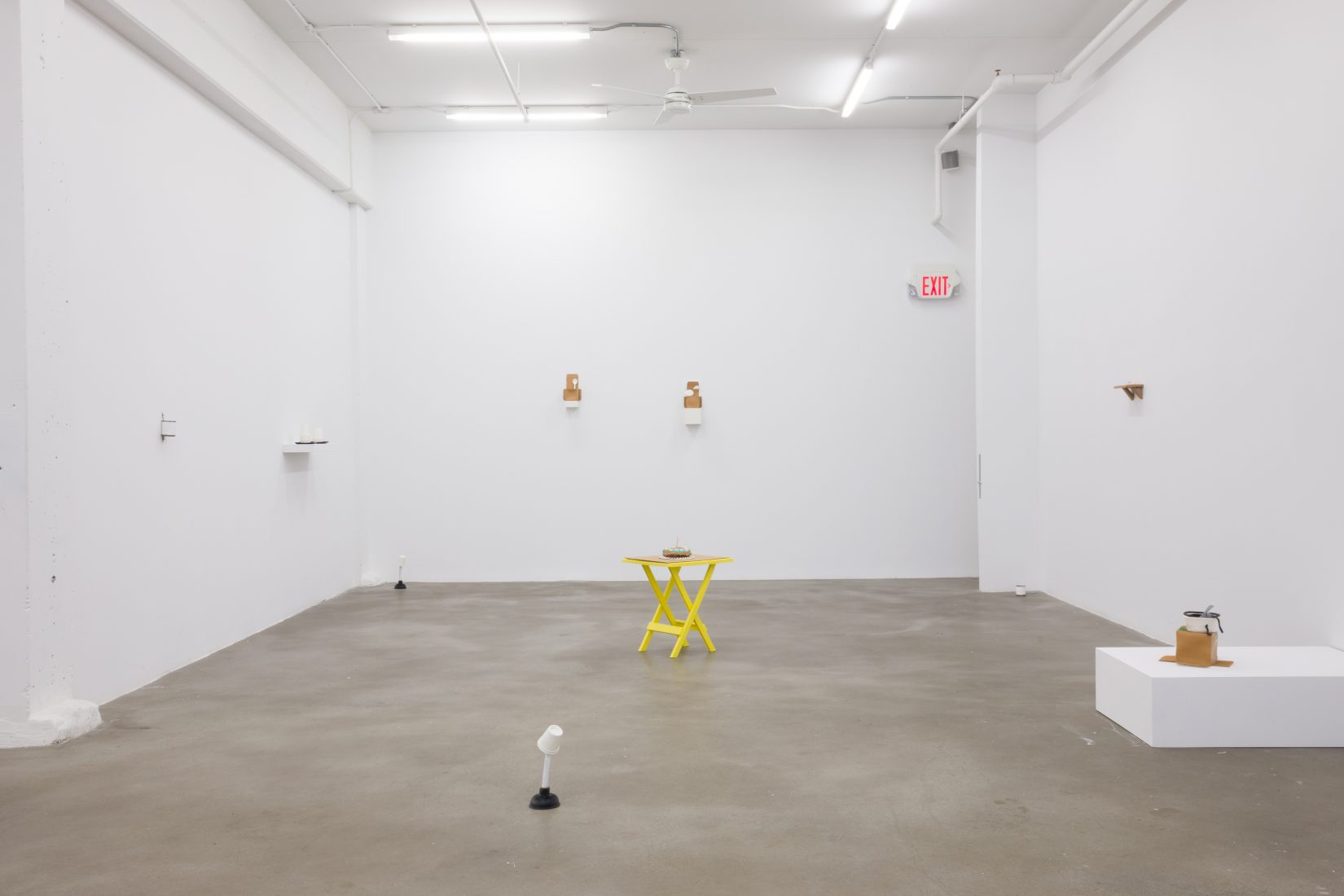 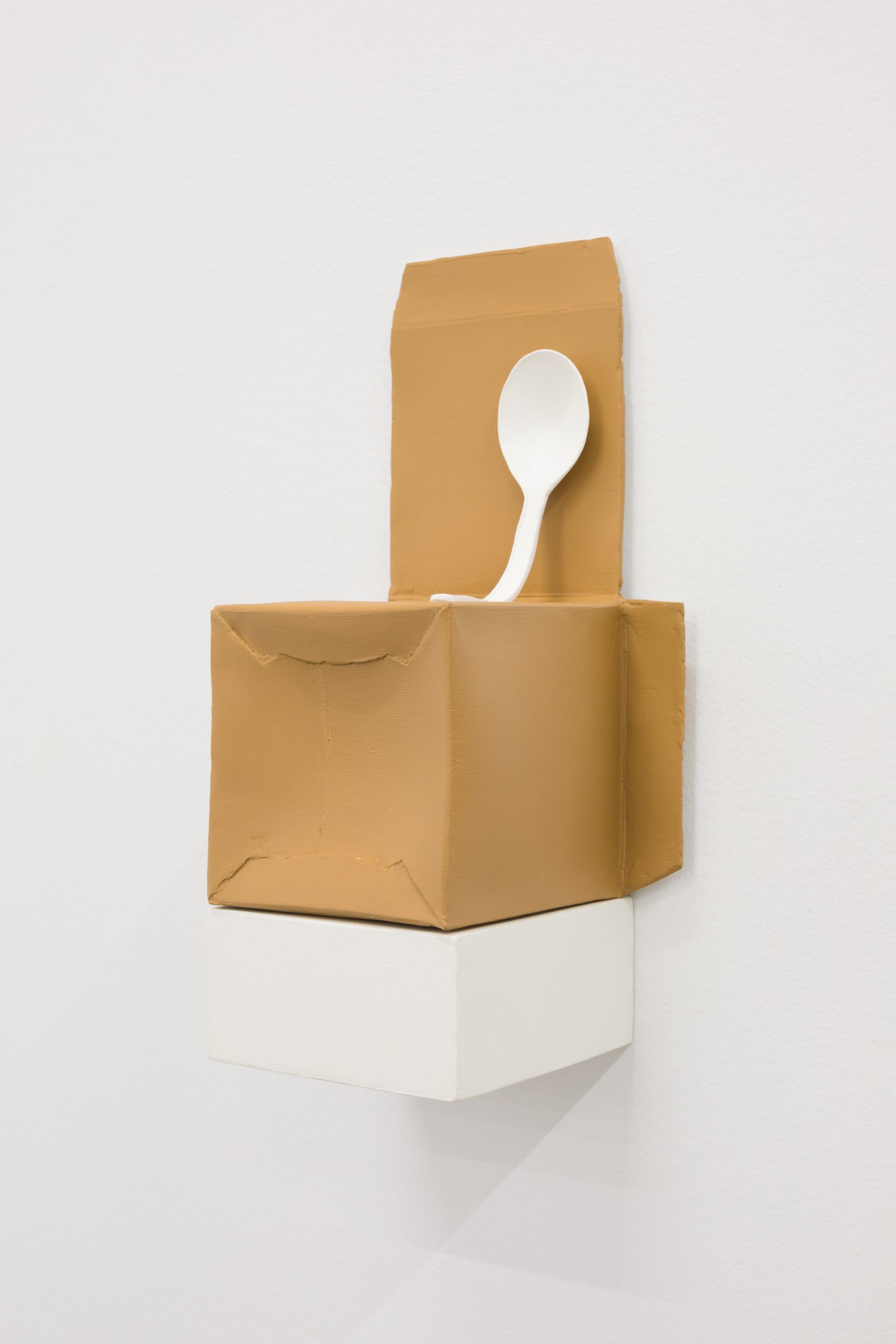 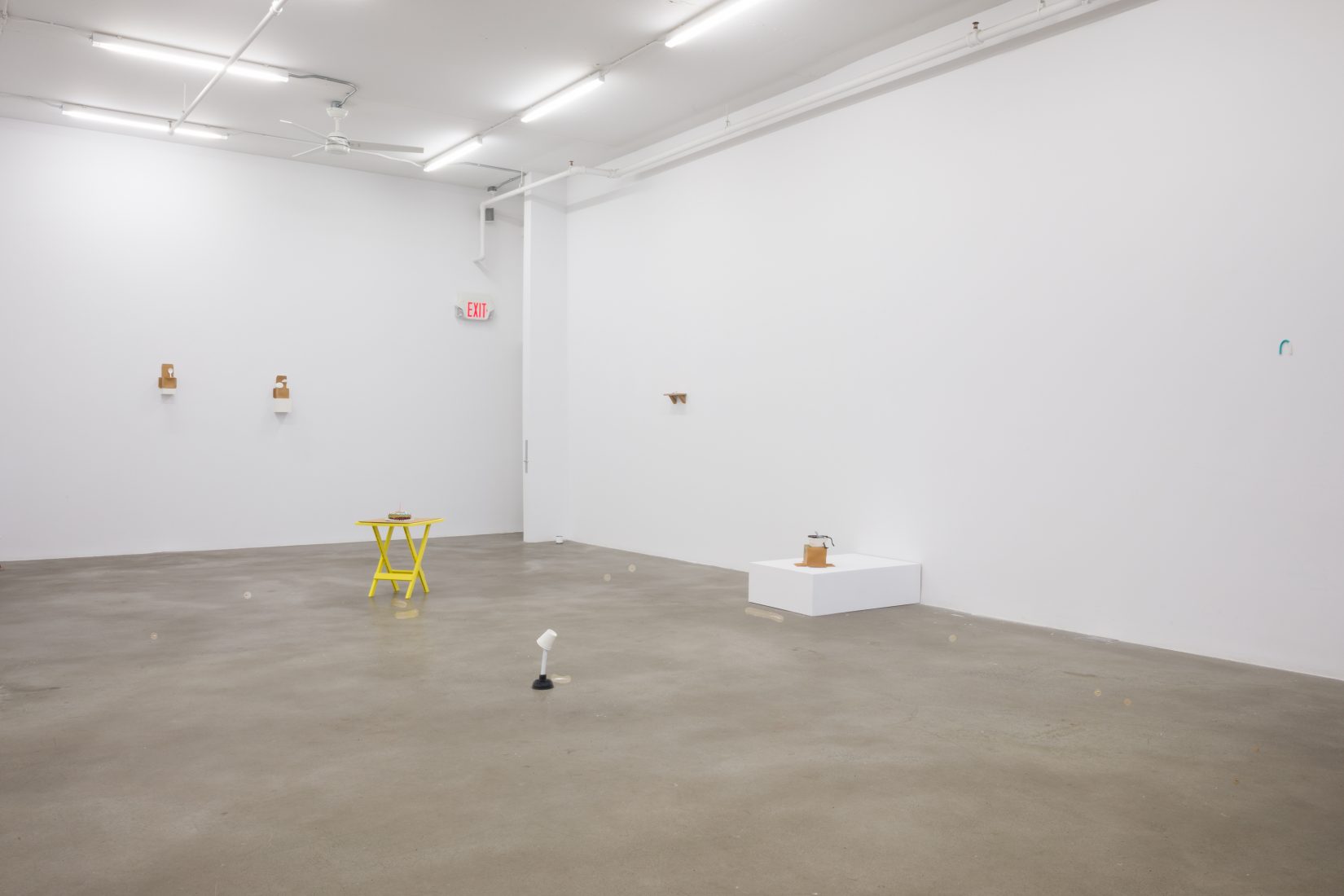 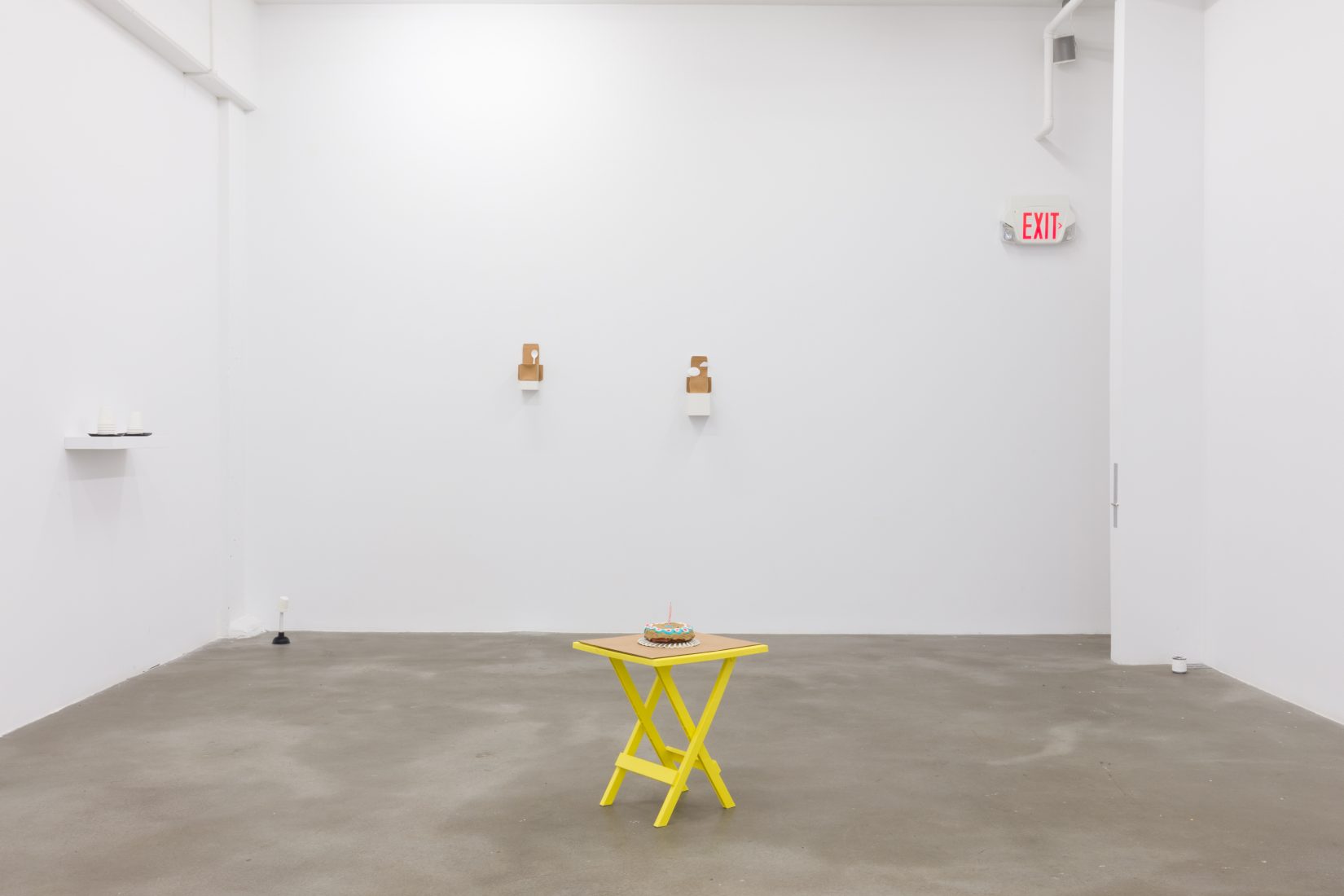 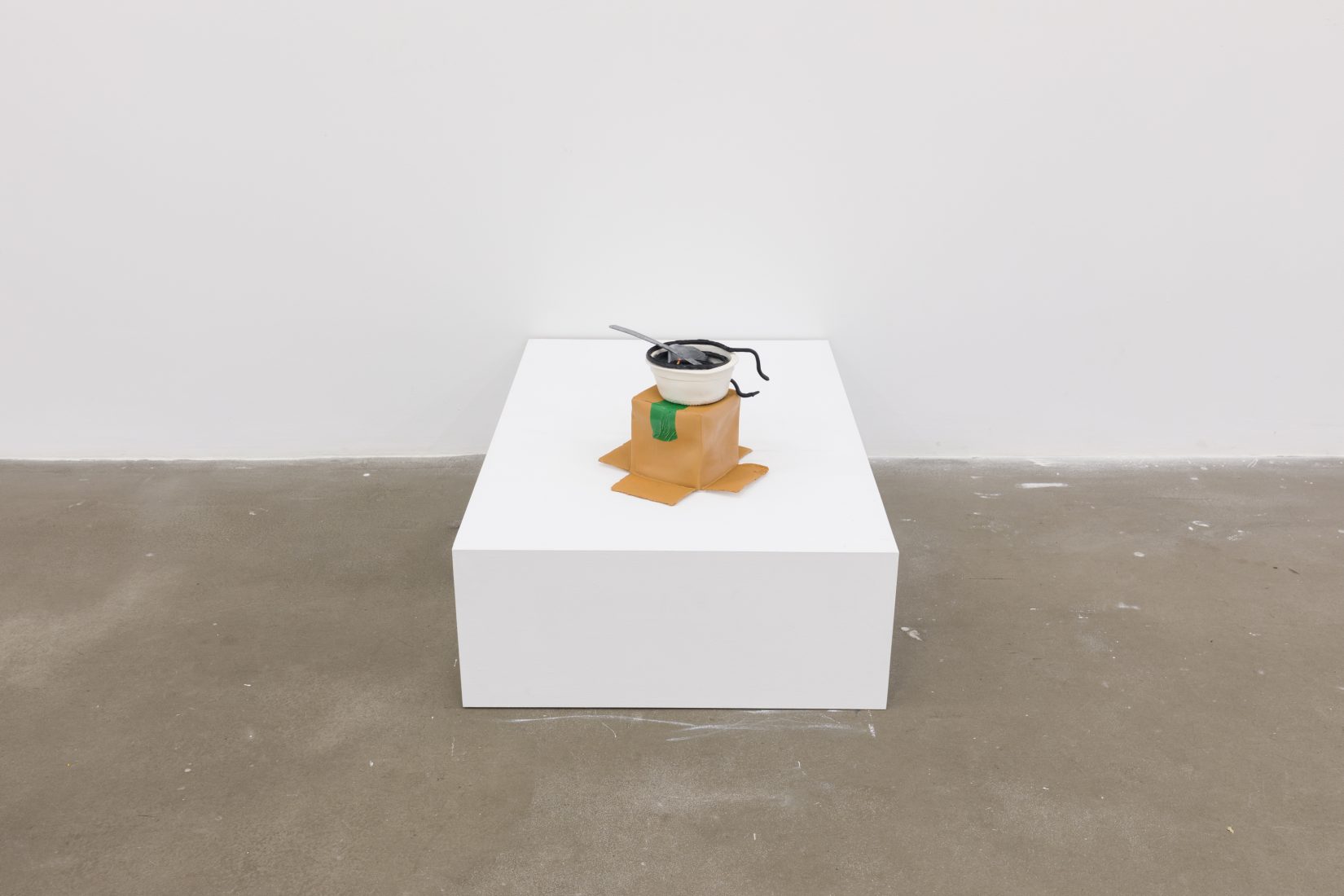 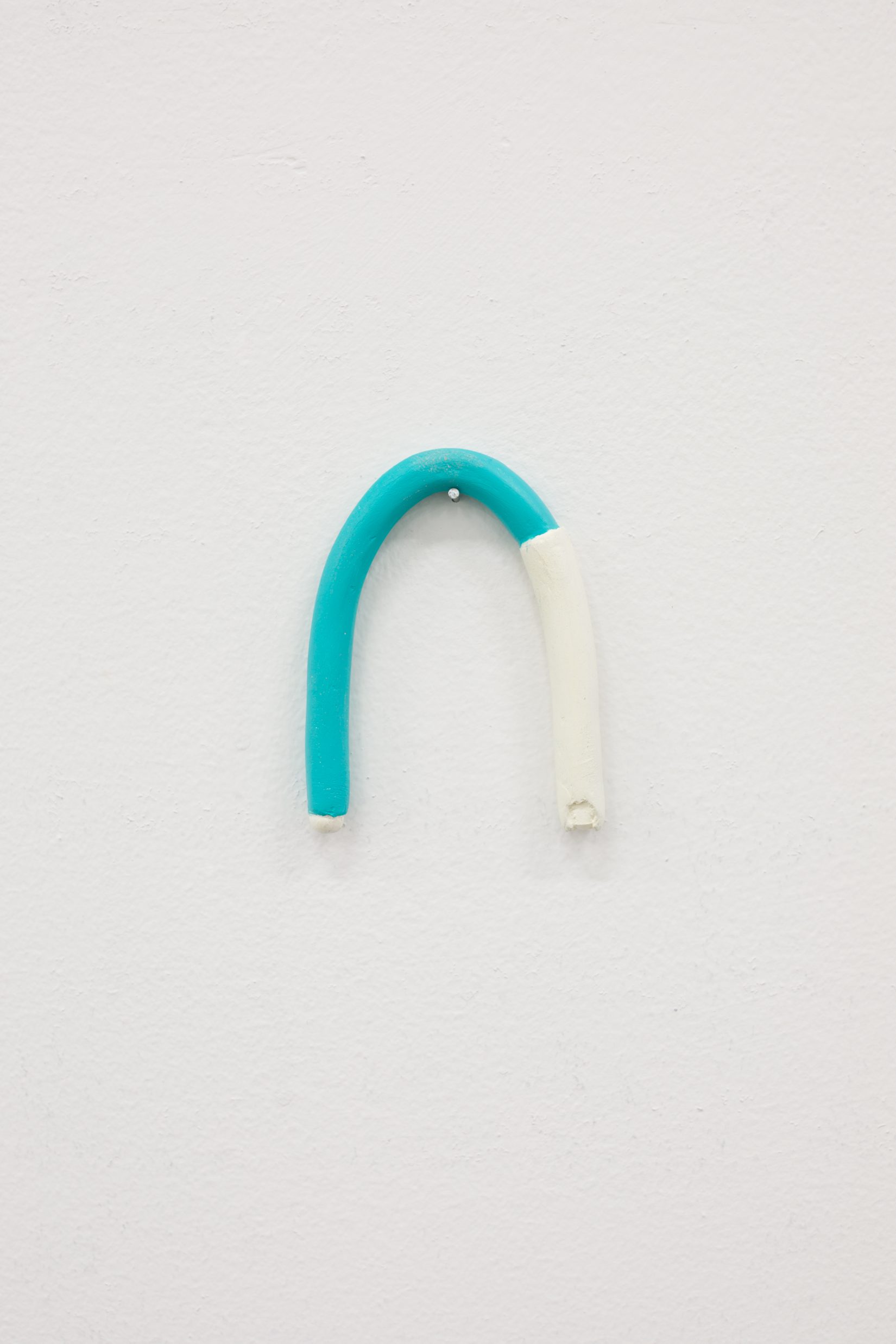 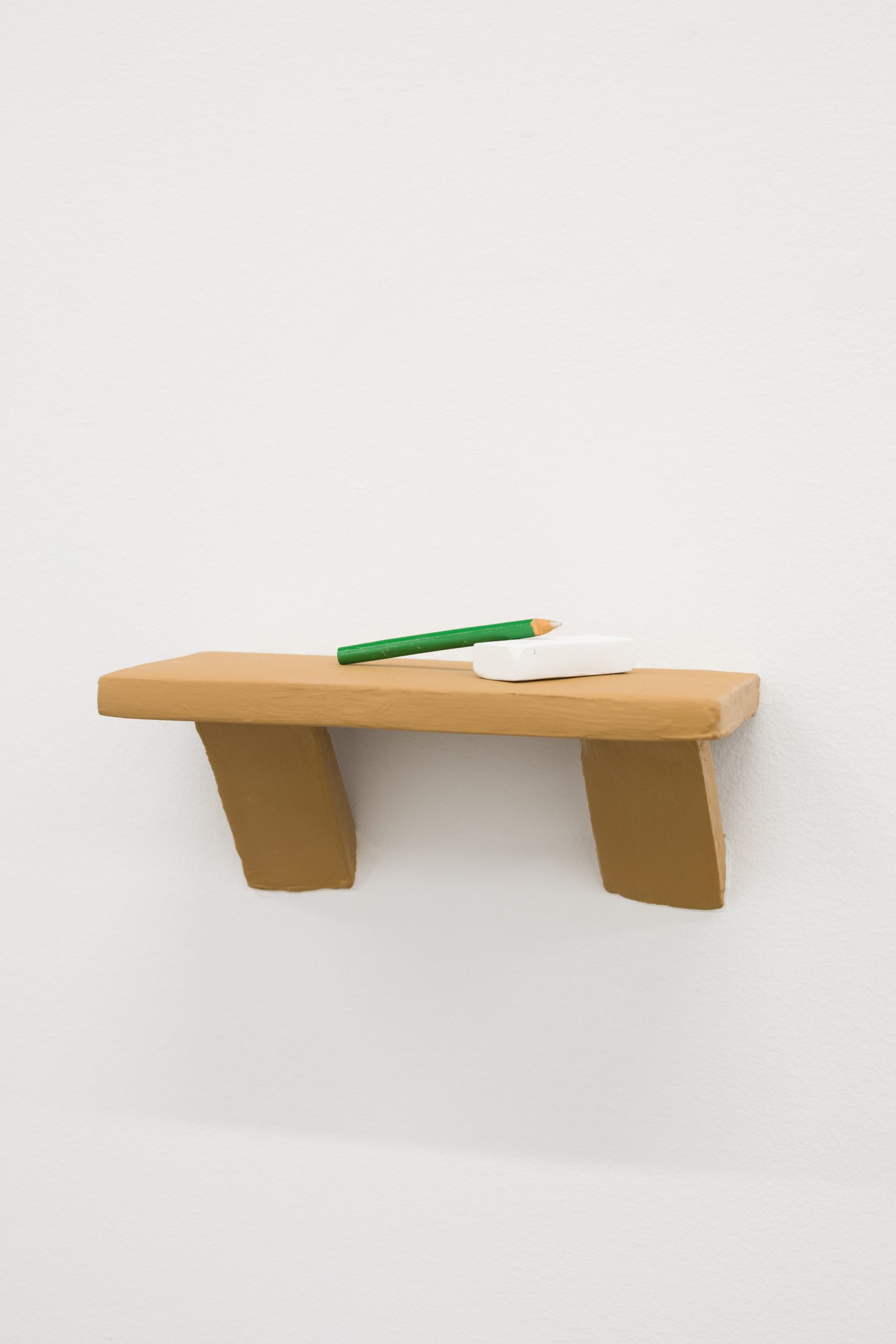 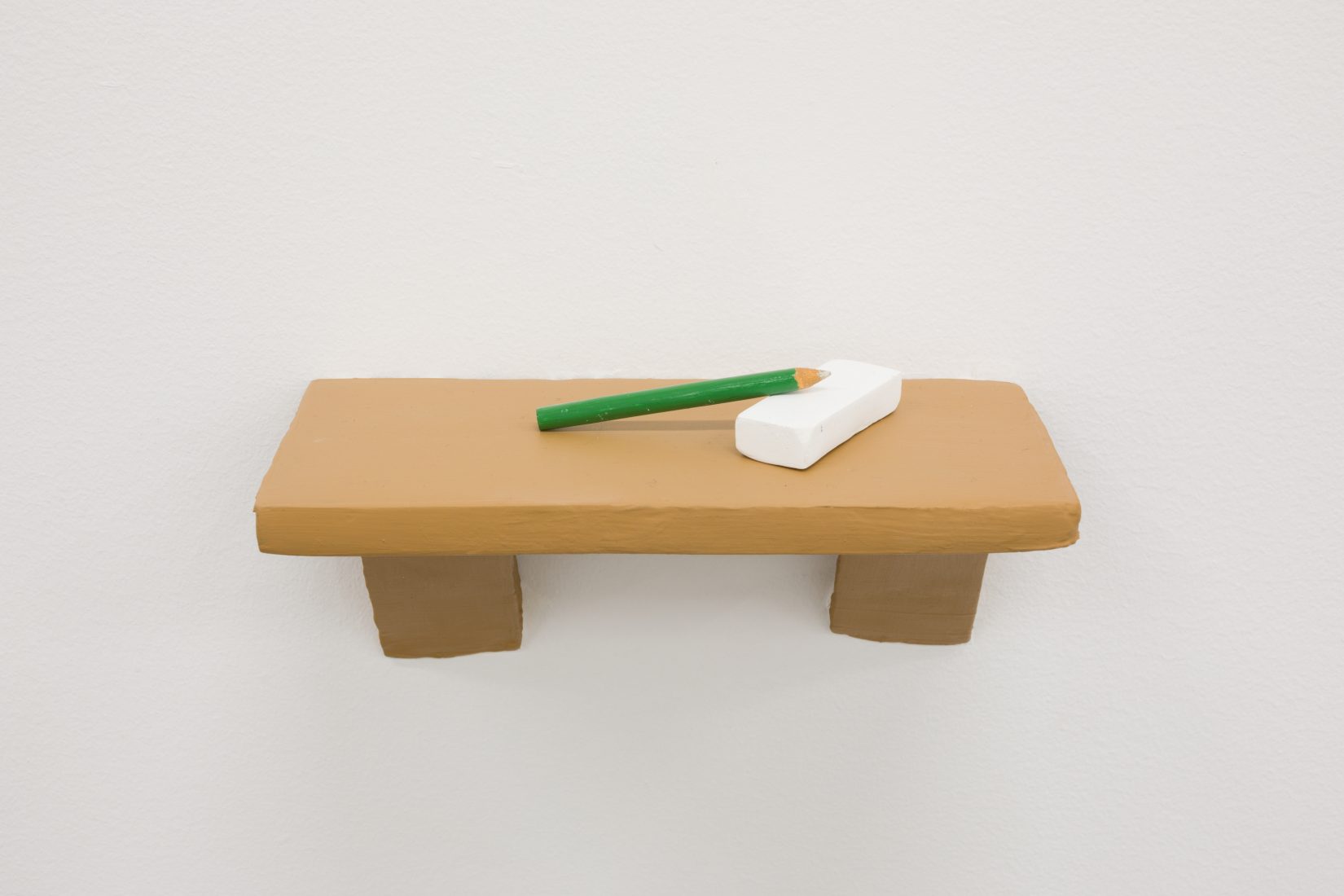 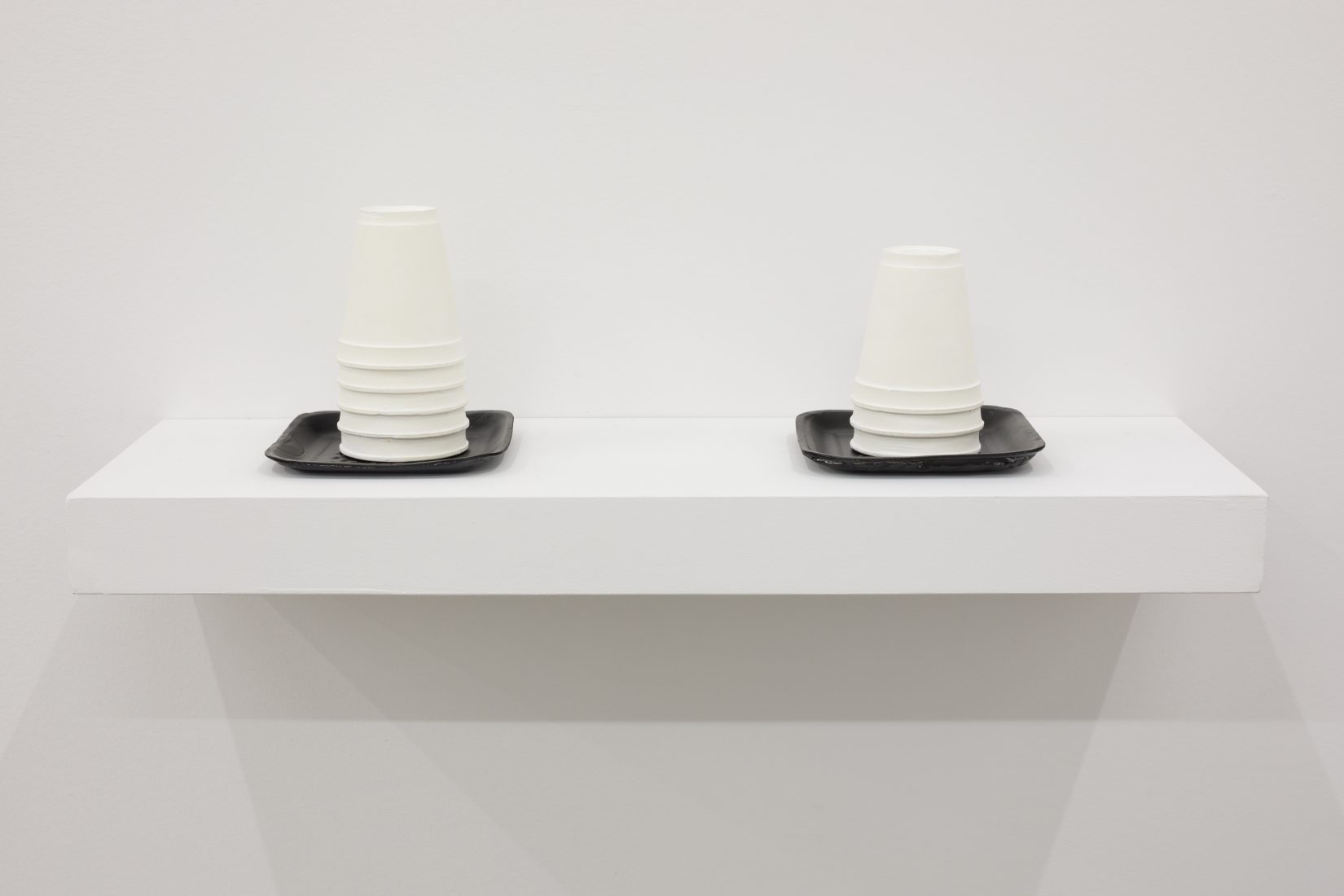 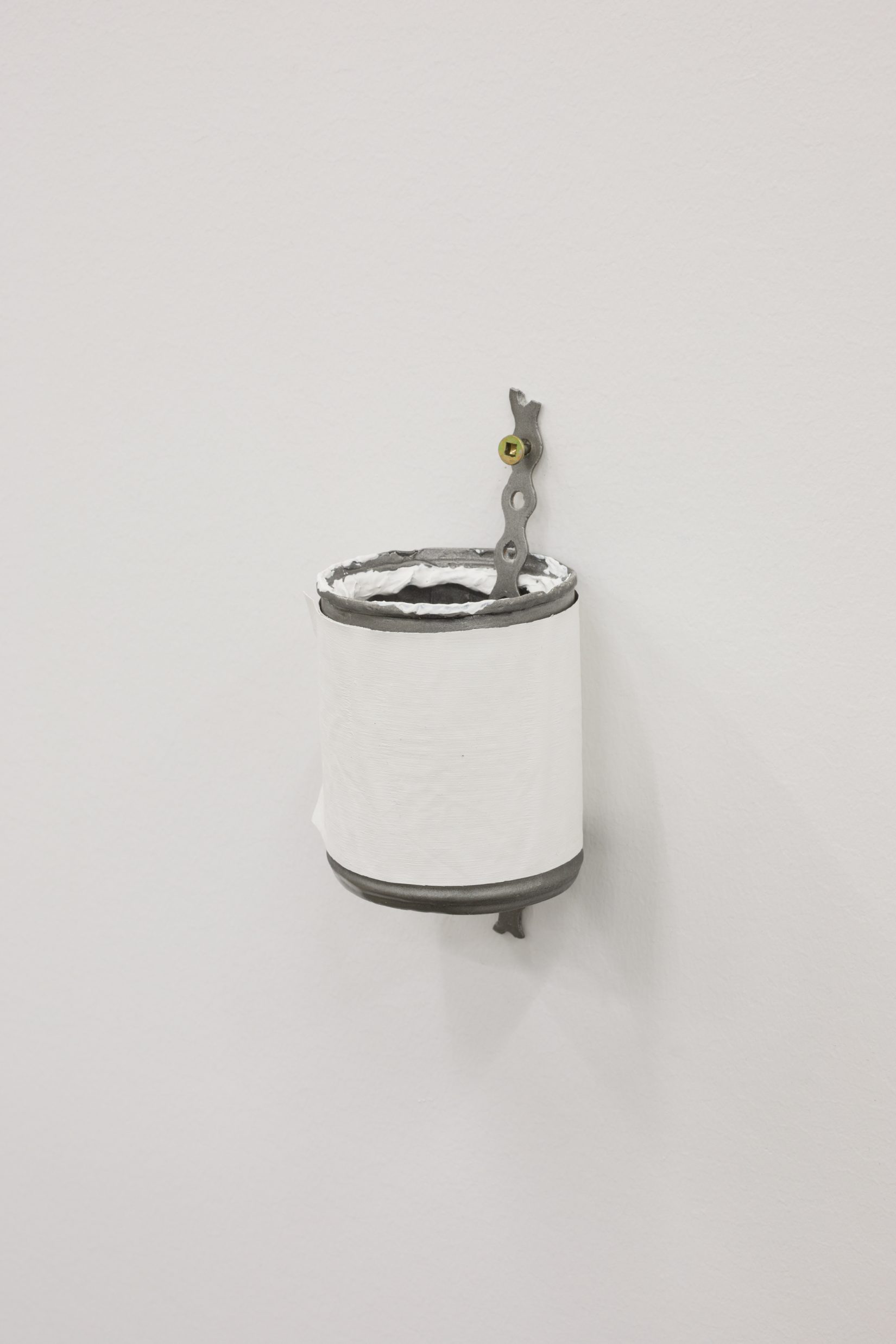 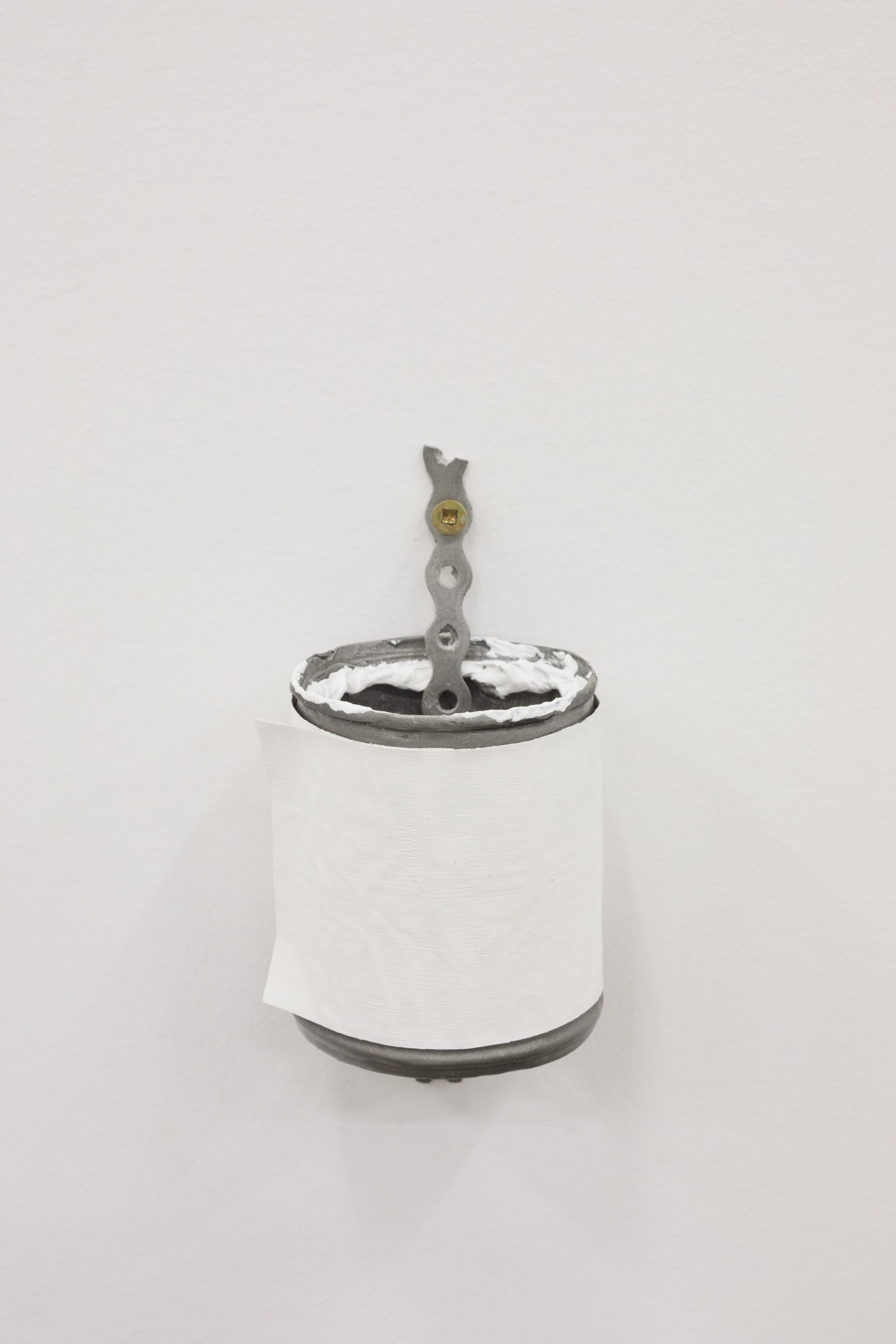 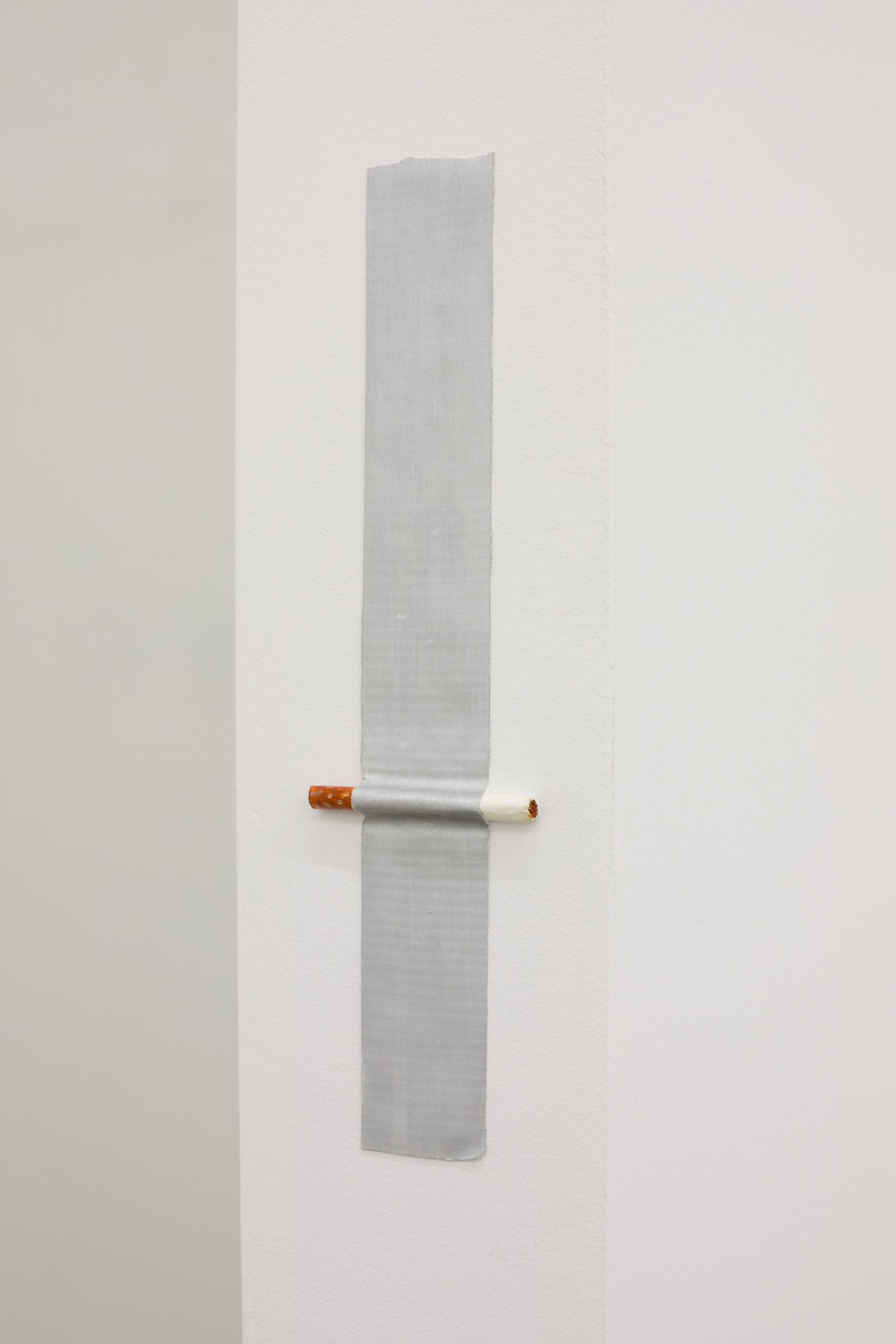 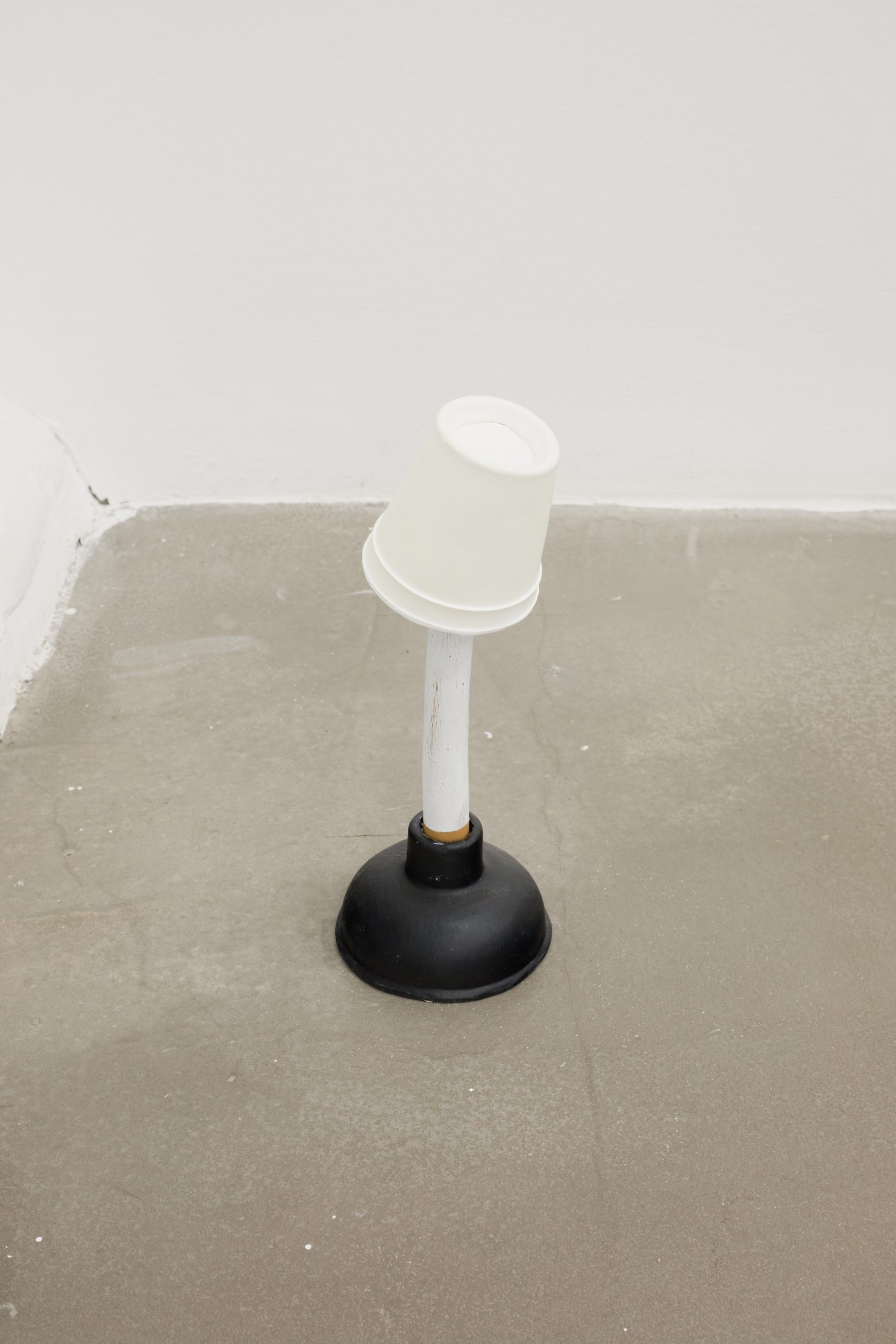 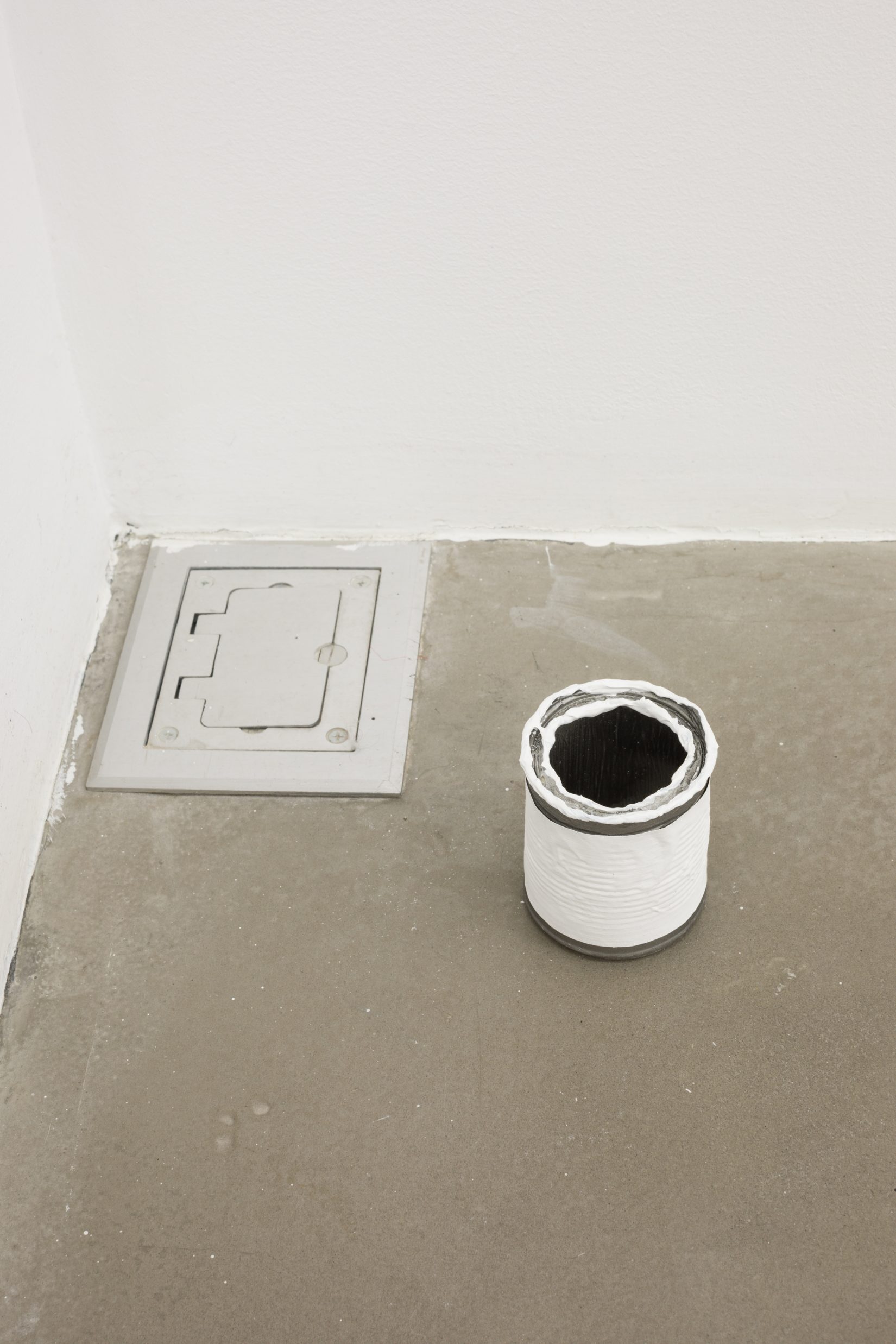 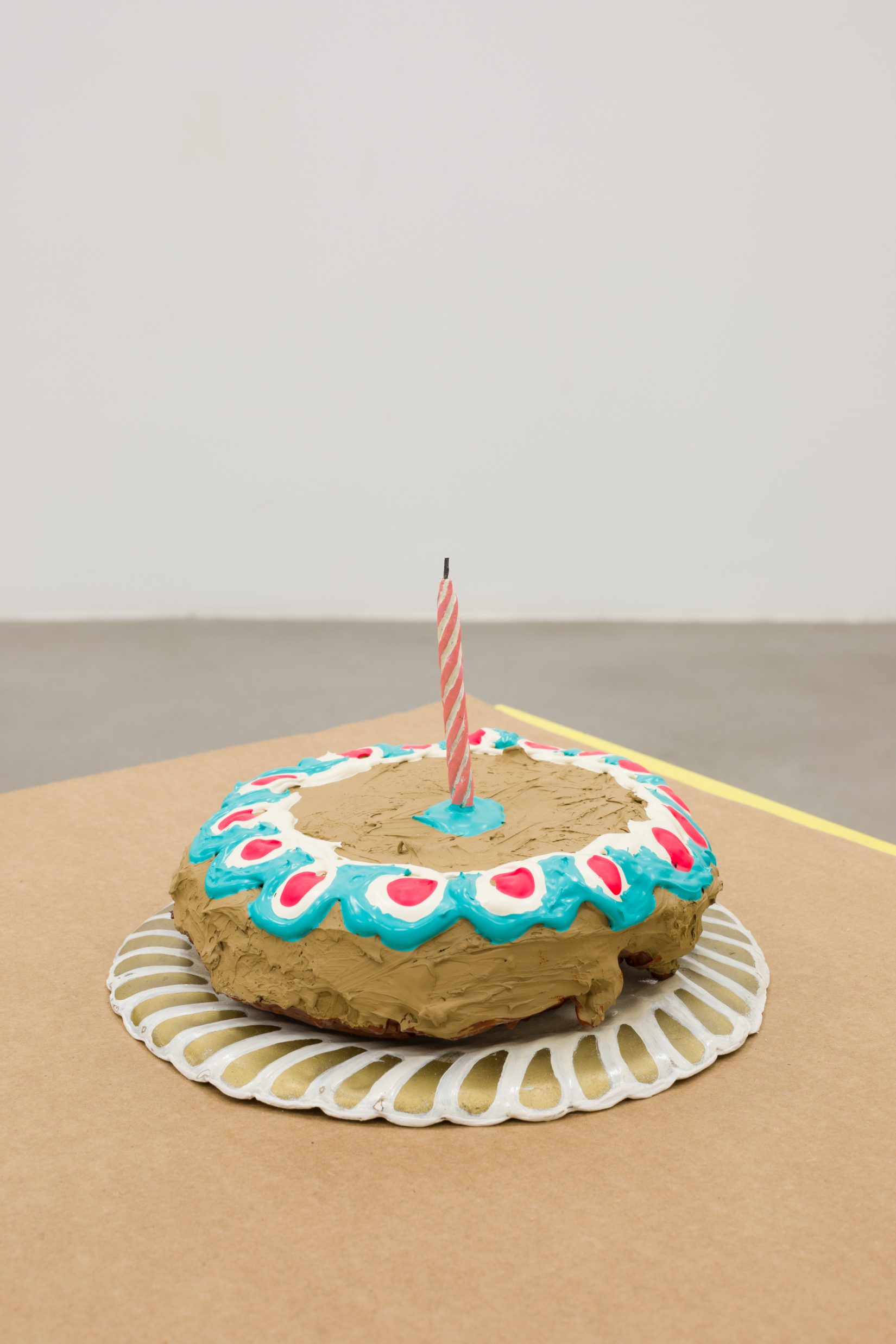 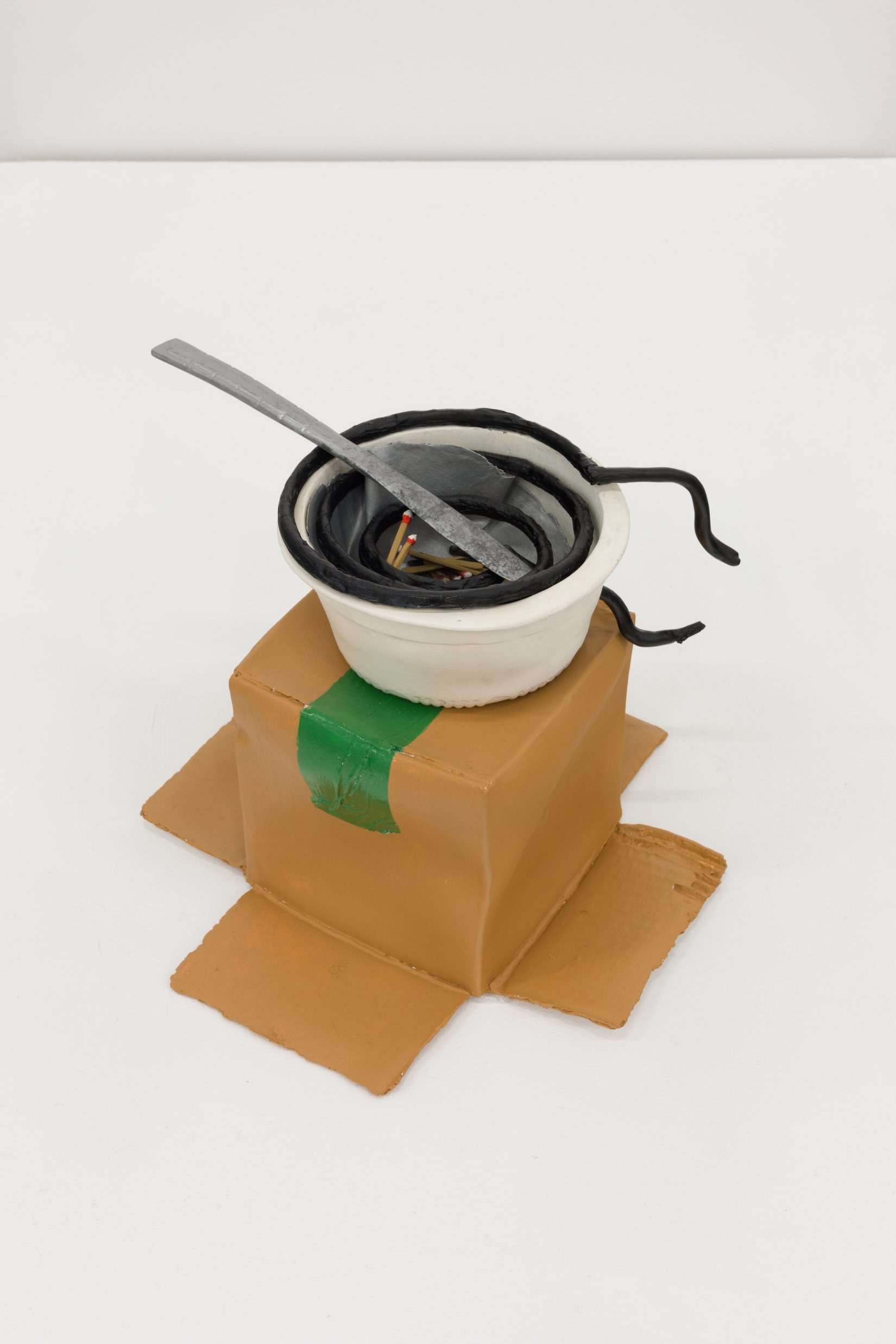 Ryan Quast renders everyday objects bizarre purely by training our focus on them. When the viewer encounters a dustpan or can of paint in an art gallery rather than a storage closet, they  can’t help but suspect that there’s more going on than meets the eye. They would be correct. Quast’s labourious paint sculptures depict mundane items, and sometimes actual garbage, in shocking realism using nothing but layers upon layers of dried paint.

To place seemingly functional, incidental items like these in a white-cube setting already raises questions around perceived value and the role of labour in the art market. But ‘Eleven Minutes Late’, Quast’s new BAF Gallery exhibition, expands this universe of things even further, depicting items that are still common, but no longer useful.

The Grot Shop is a fictional place from The Fall and Rise of Reginald Perrin, a ‘70s British sitcom driven by the absurd behaviour of its middle-aged protagonist. The Grot Shop sells useless products like square hoops and round dice – the more pointless, the higher the price. It’s these self-defeating objects that Quast’s new works are inspired by.

There’s an obvious art-world commentary in the concept of a shop that sells only expensive, functionless items (and in the show, The Grot Shop is wildly successful despite its owner’s incompetence). But the exhibition also has much to say on work, productivity and capitalism. A round die or a strip of duct tape coated in cigarettes is useless, but a plastic banana holder or a crystal-infused water bottle is arguably useless, too.

In the 1932 essay In Praise of Idleness, Bertrand Russell discusses how the increased efficiency brought on by the Industrial Revolution was used not to allow humans more leisure, but to produce a higher volume of goods. Little has changed –  the ethos of work for work’s sake has undeniably shaped modern life. It’s hard not to think of this notion of busywork in relation to Quast’s practice. Many of the subjects of Quast’s sculptures, like the previously mentioned dustpan, are themselves tools of day-to-day labour. His practice, too, is defined by its labour-intensive nature. Repetitive and time-consuming, the unique process of paint-sculpting was informed by Quast’s experience in janitorial work and assembly-line manufacturing.

The show differs from Quast’s previous work in the intentional separation of these objects from their function, although it’s debatable whether this is a departure from or natural progression of his prior subject matter. What is clear is that Quast’s work remains grounded in the particular landscape of labour and capital we all exist in.