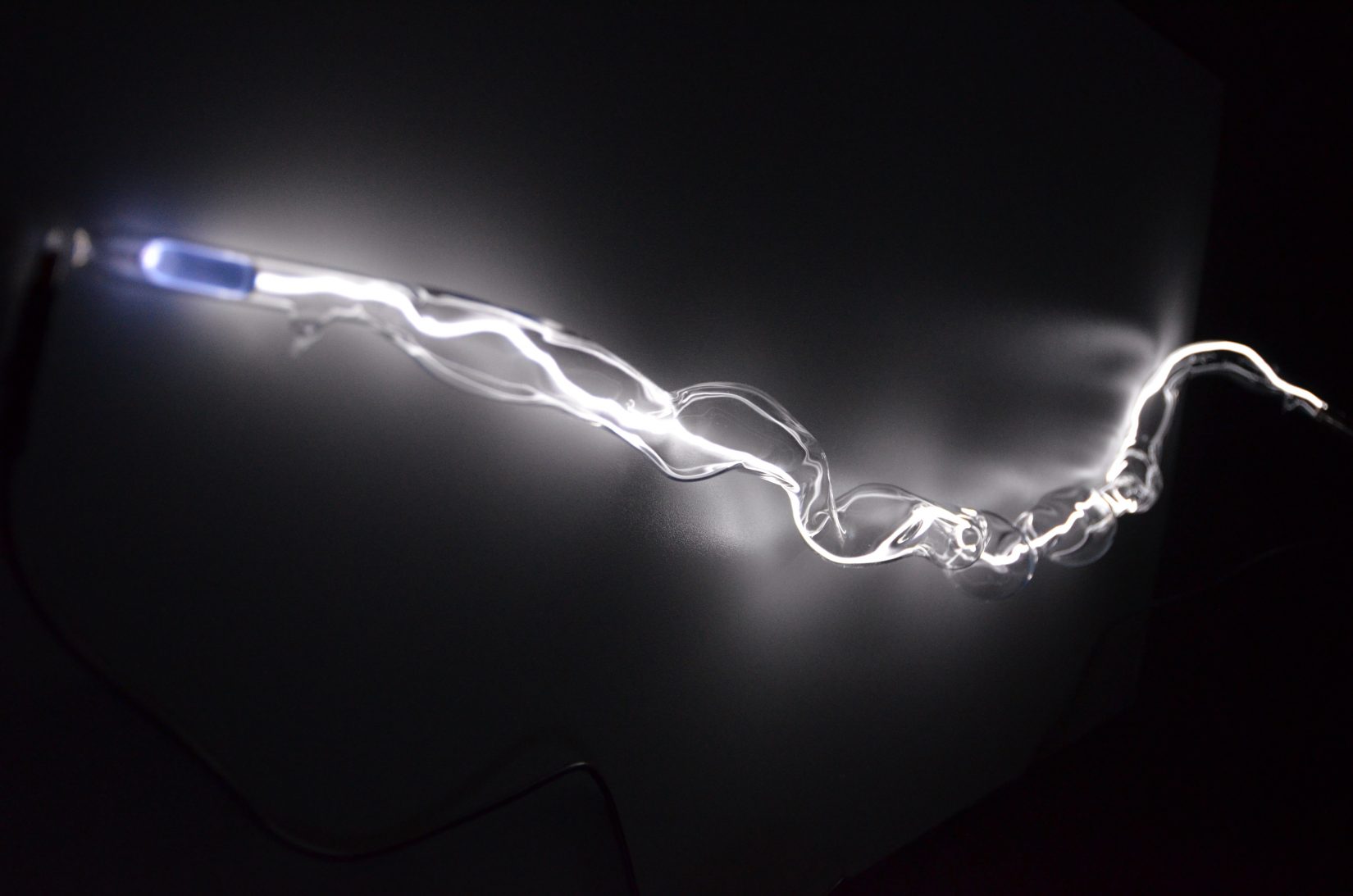 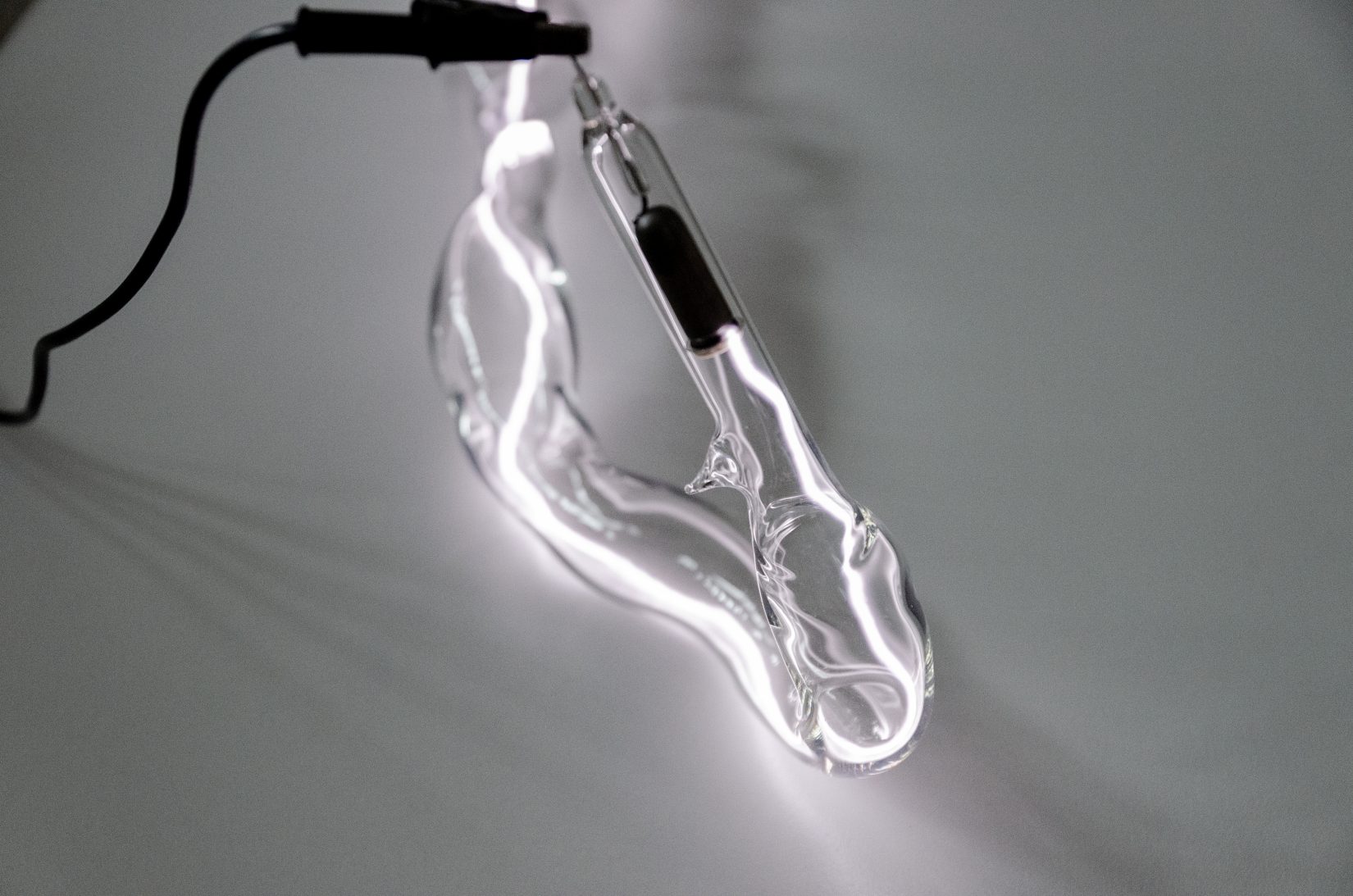 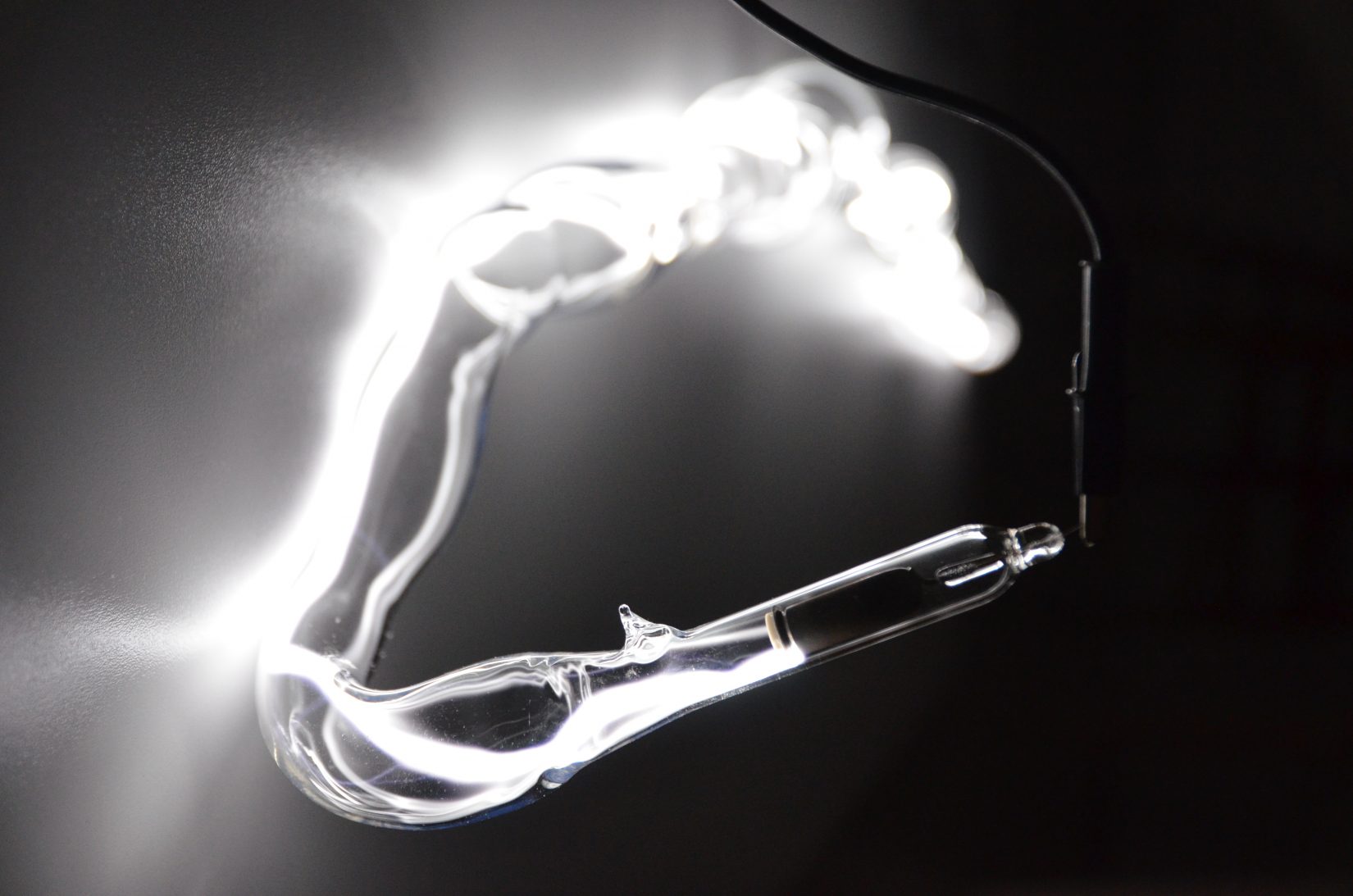 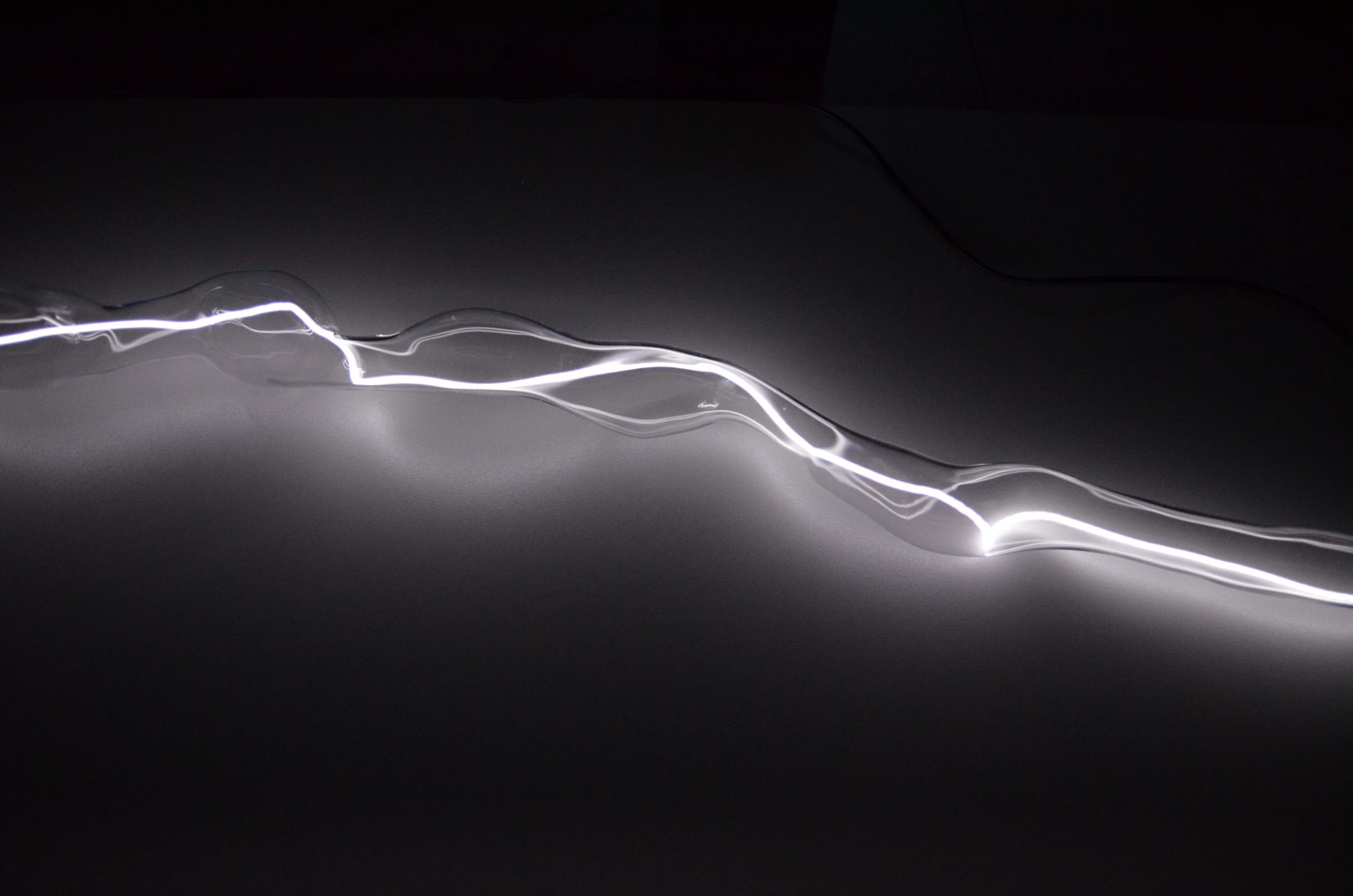 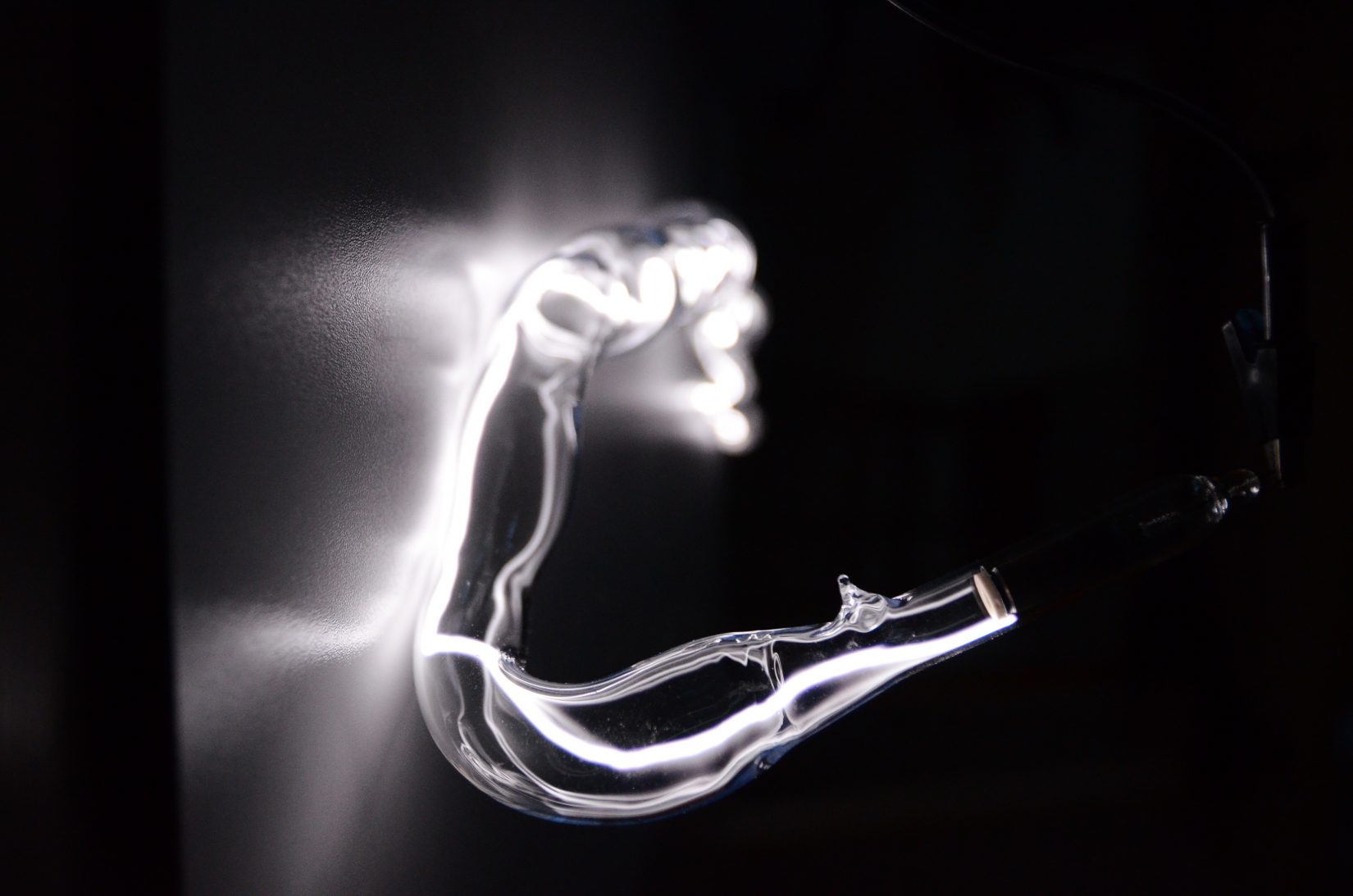 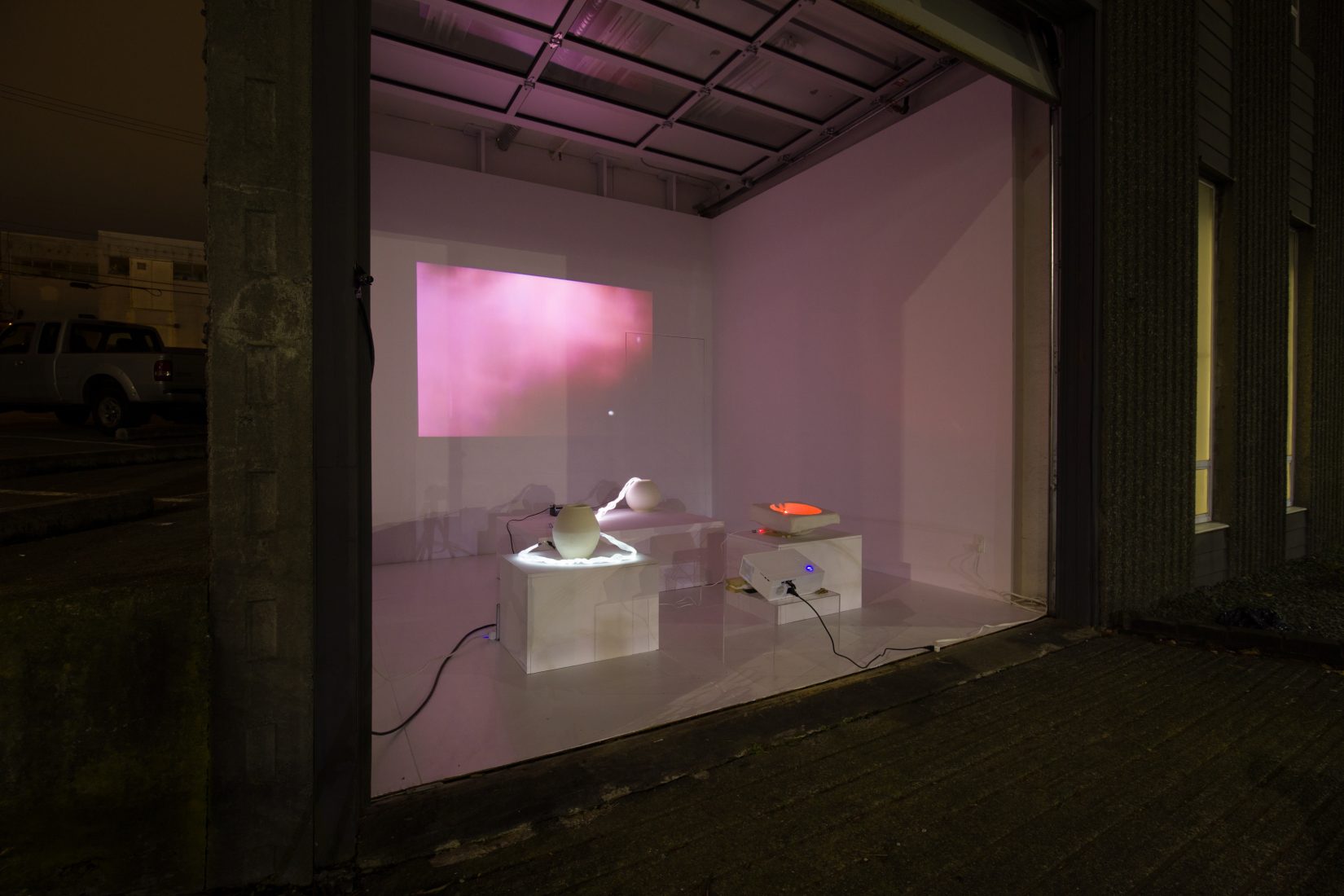 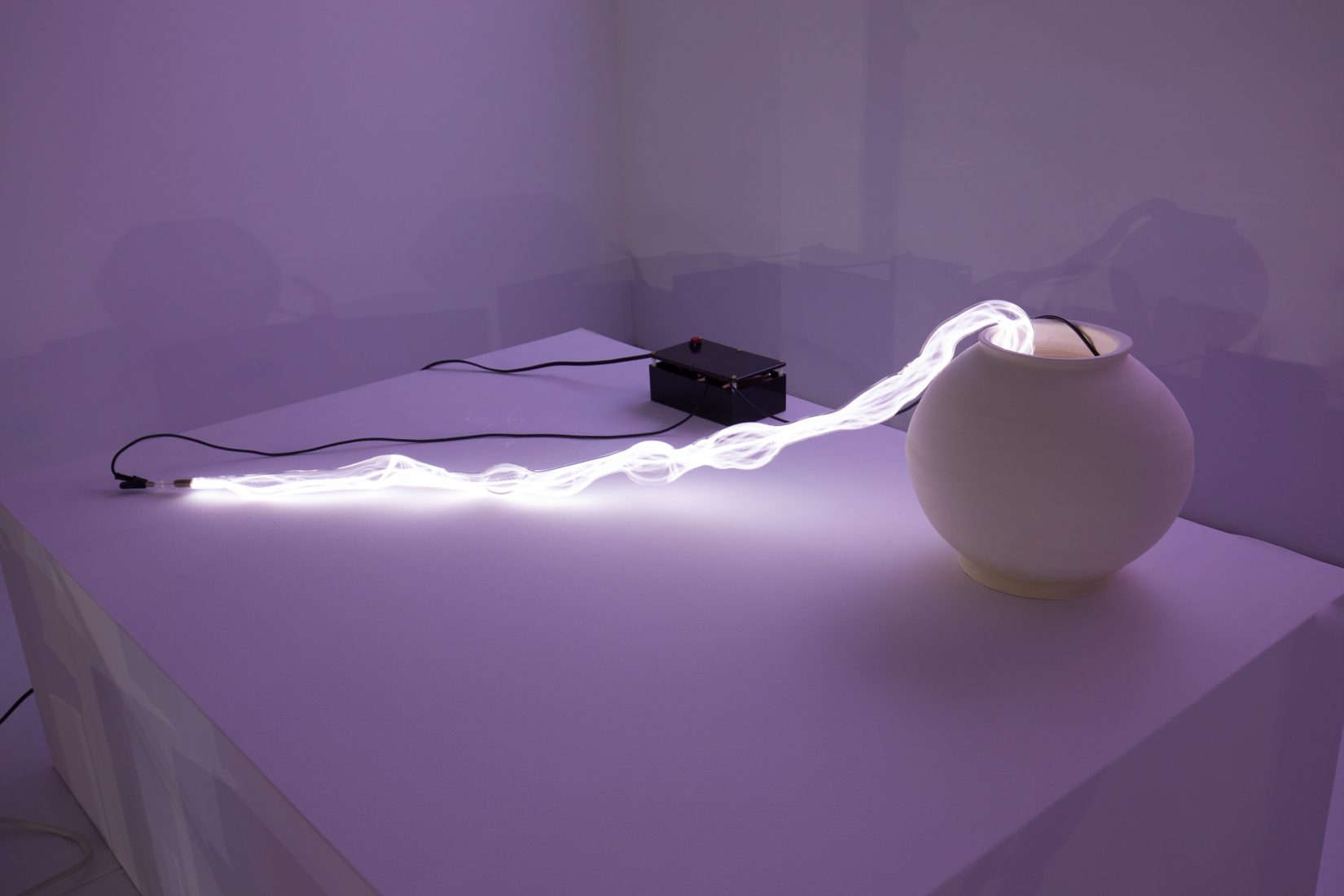 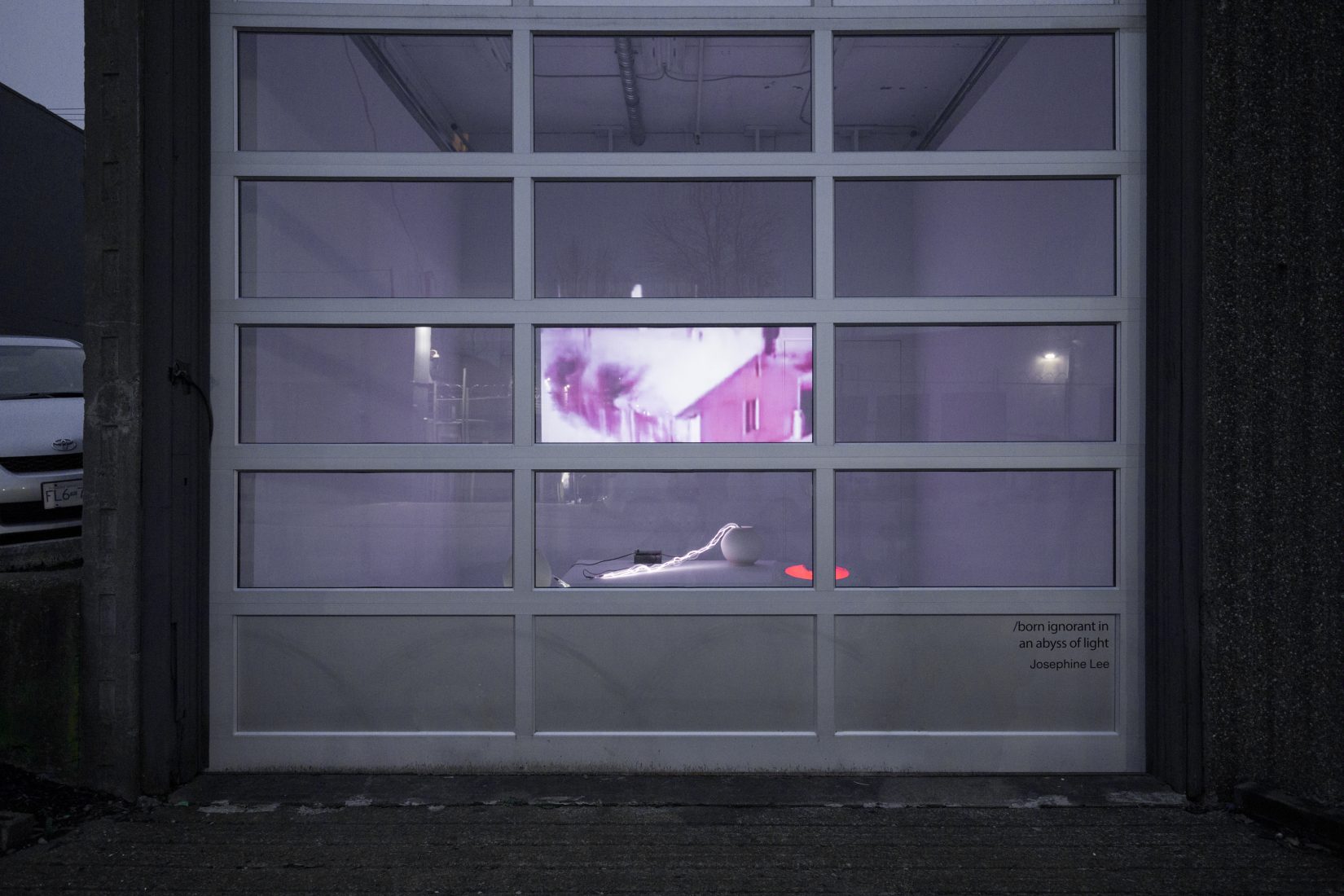 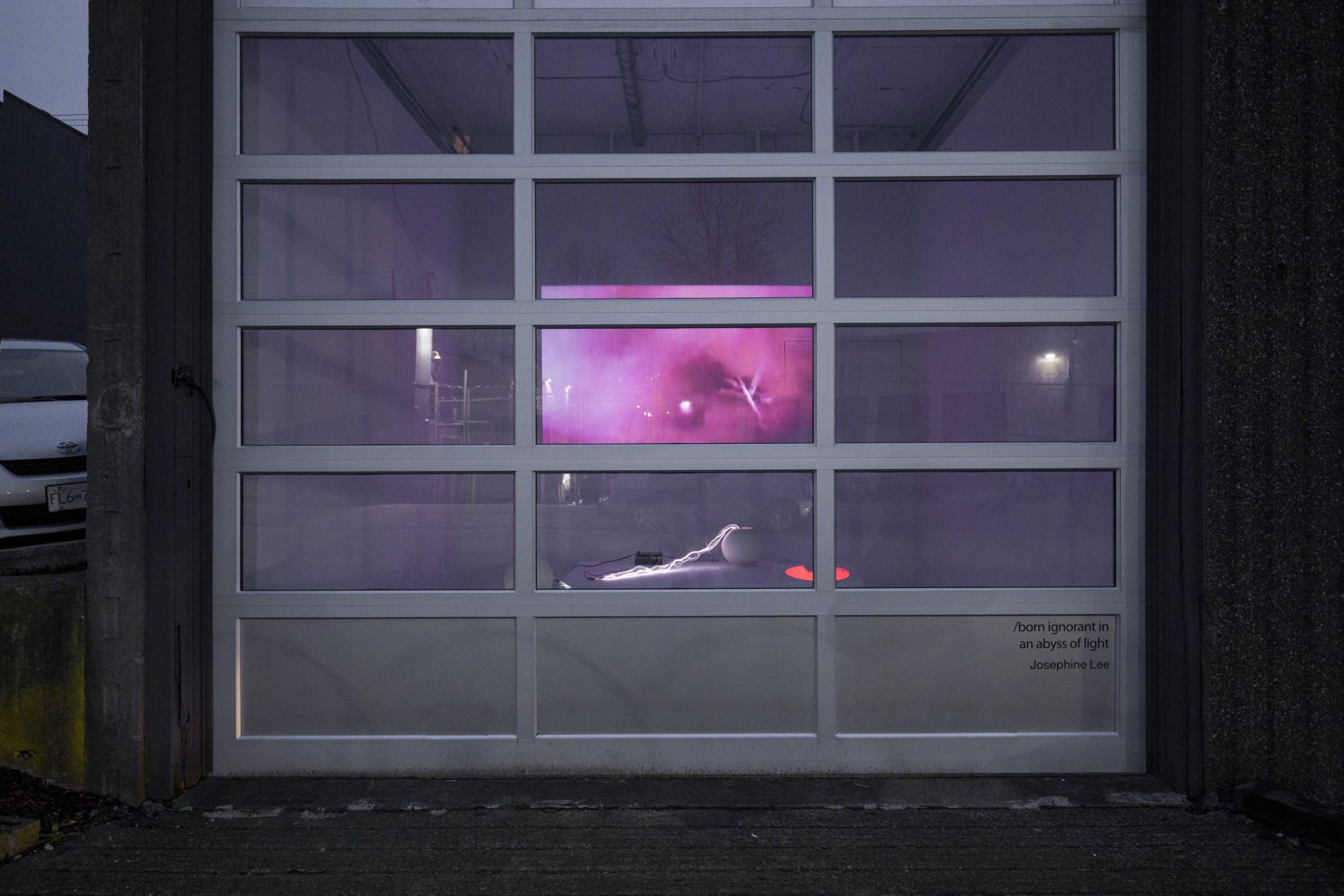 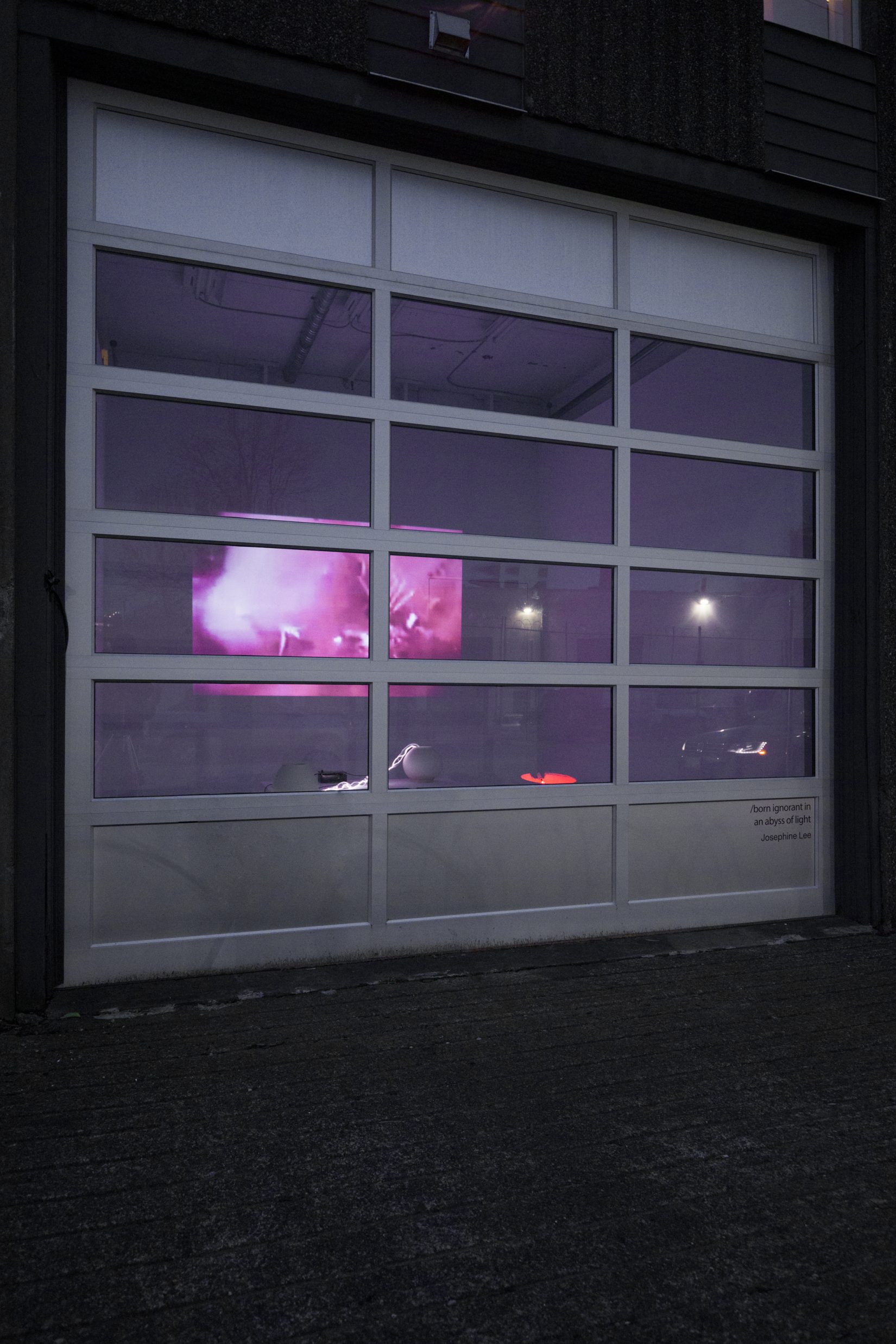 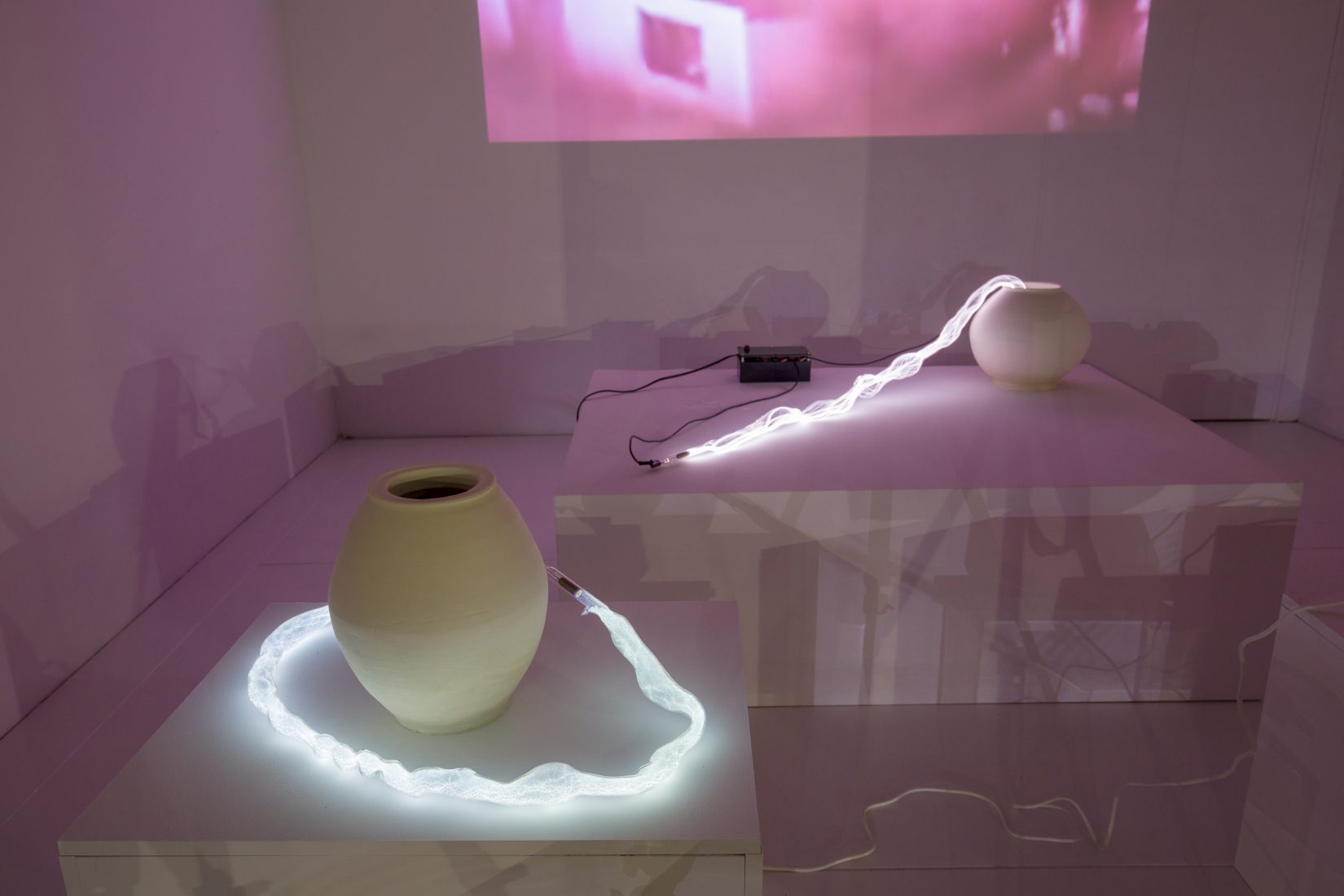 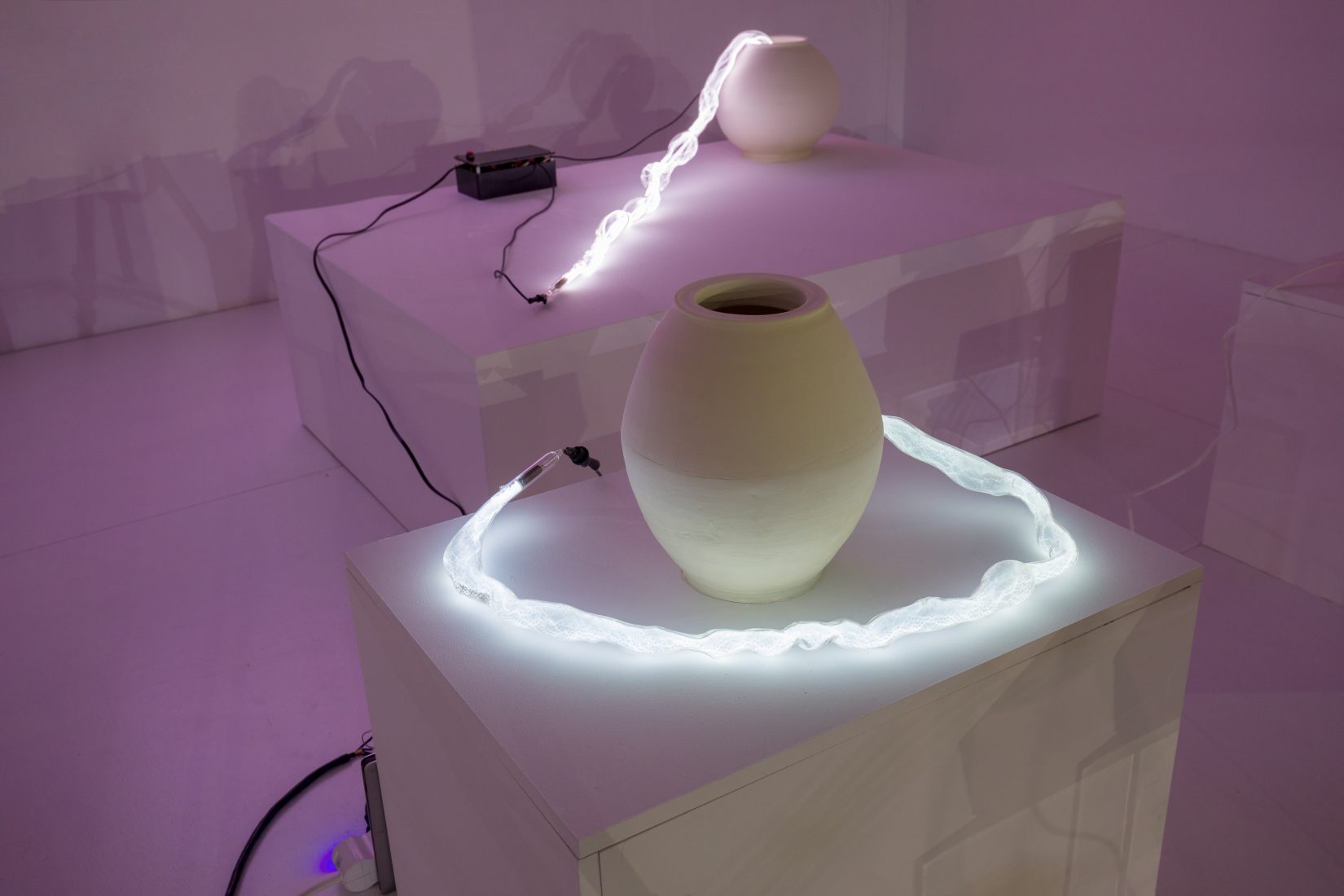 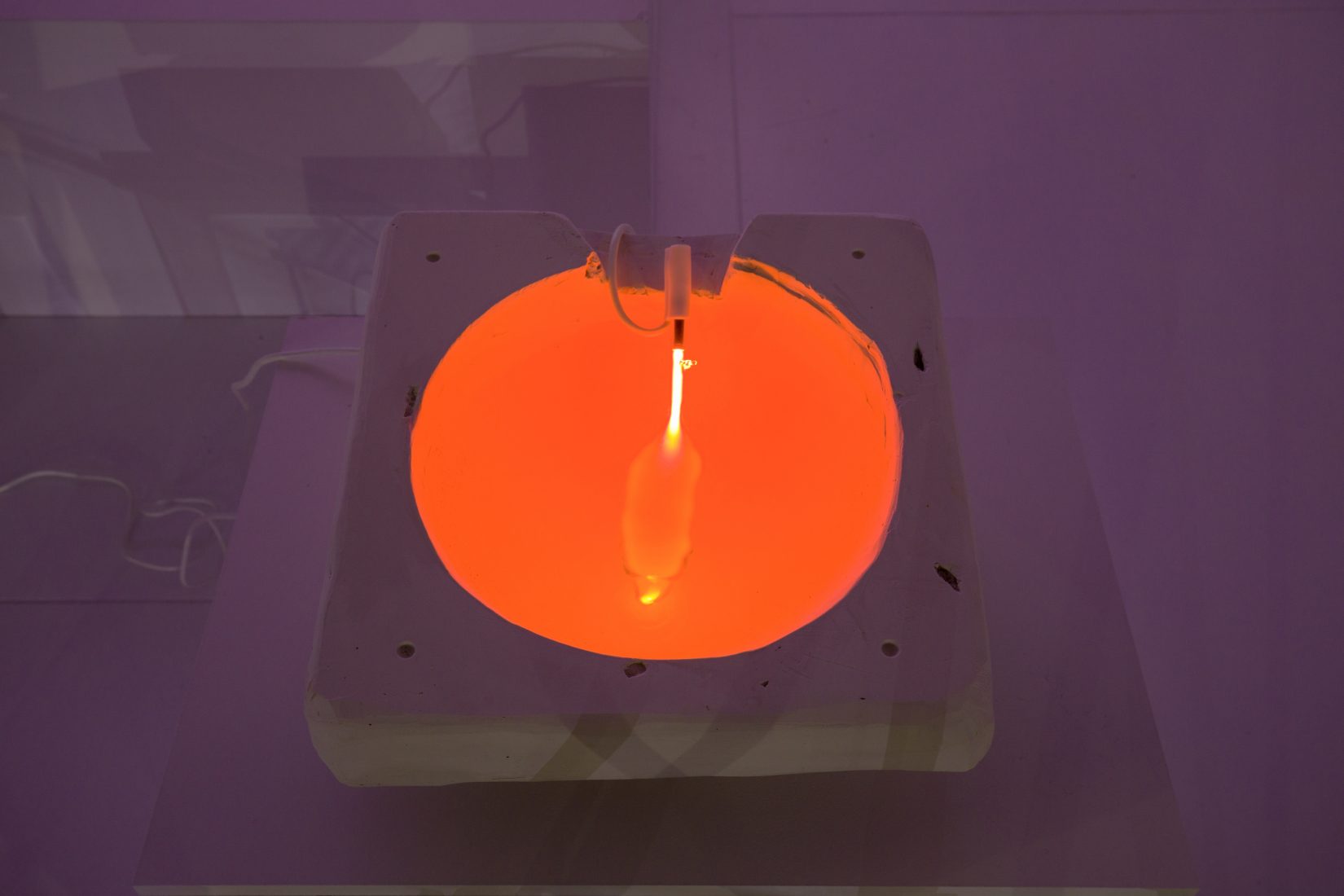 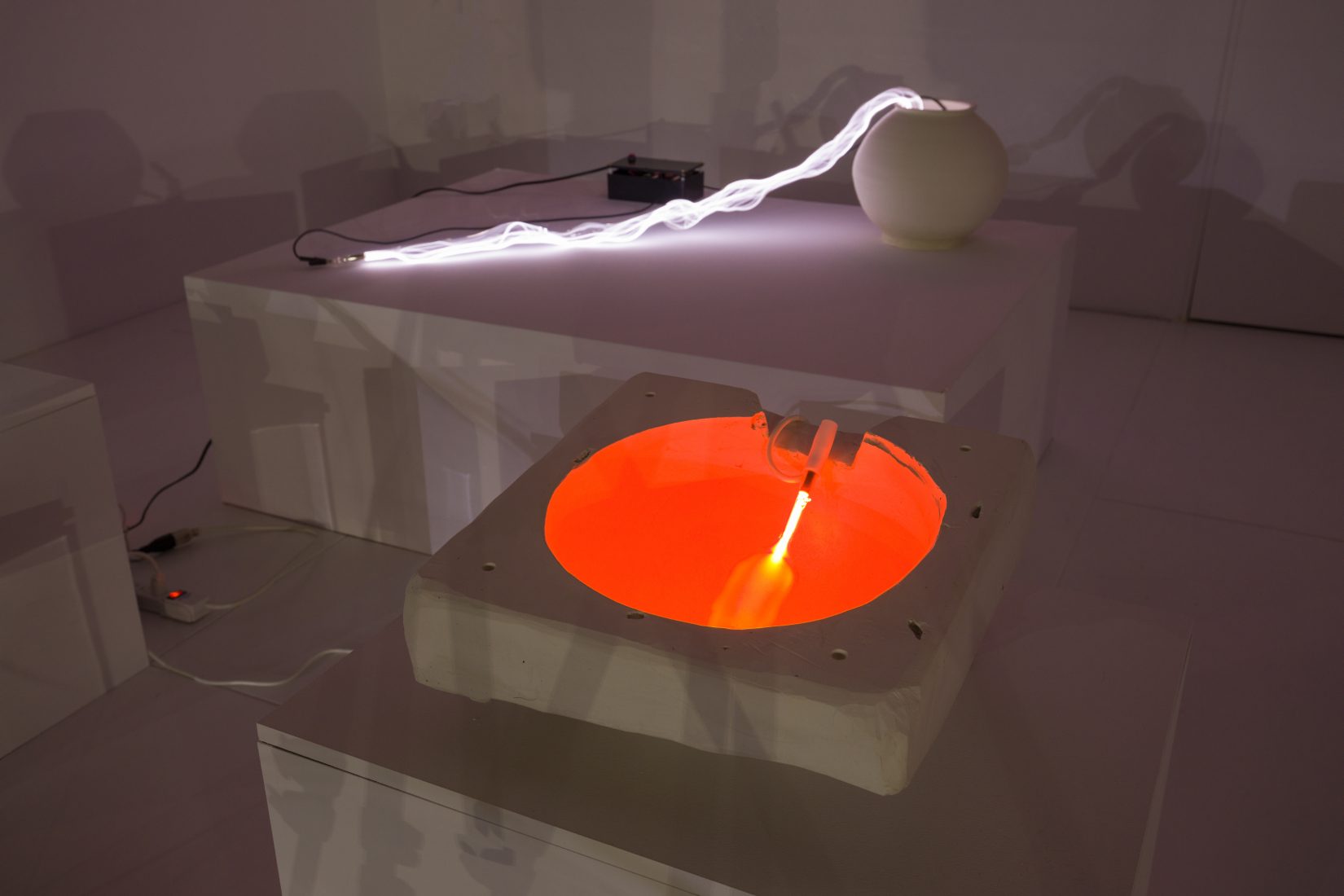 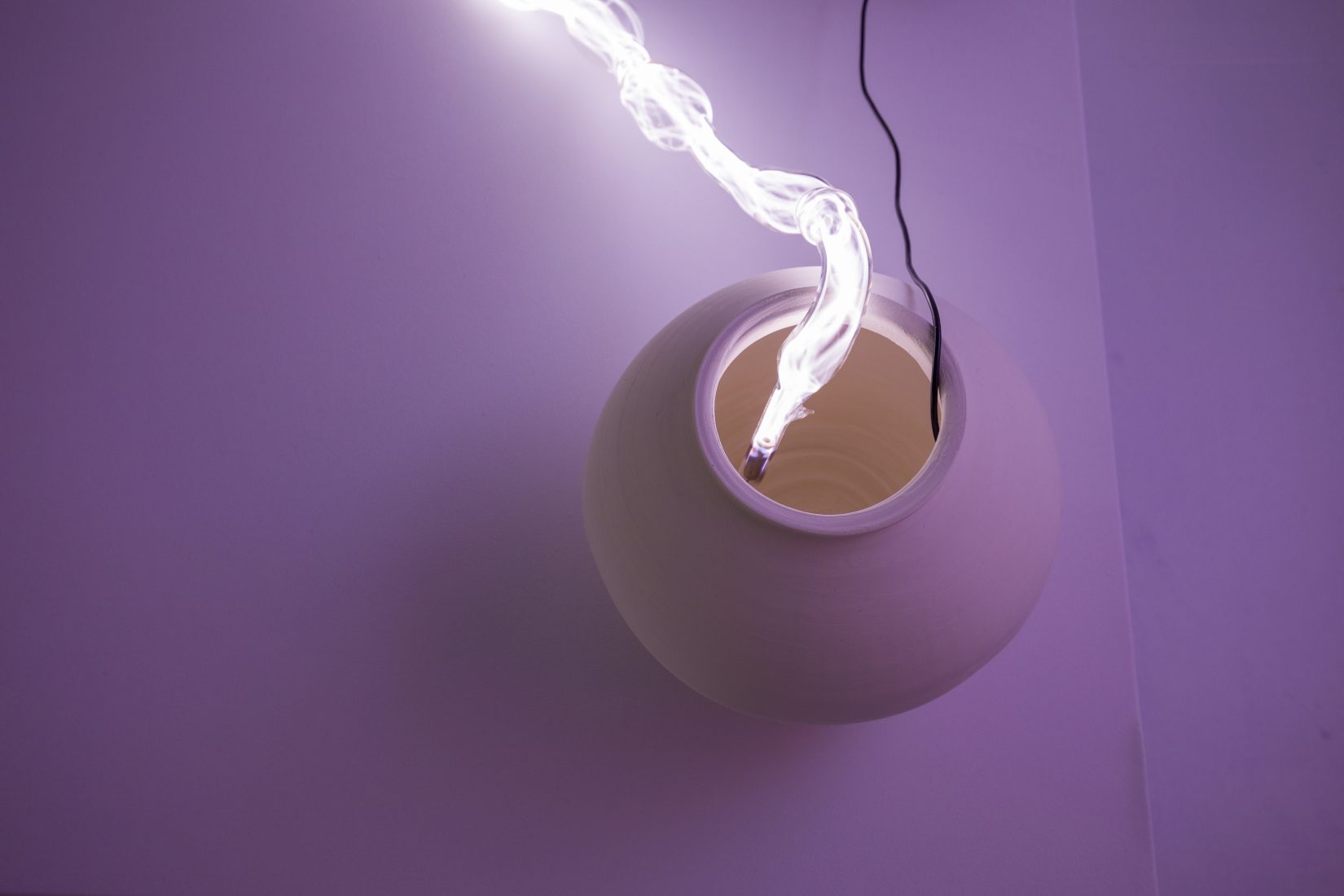 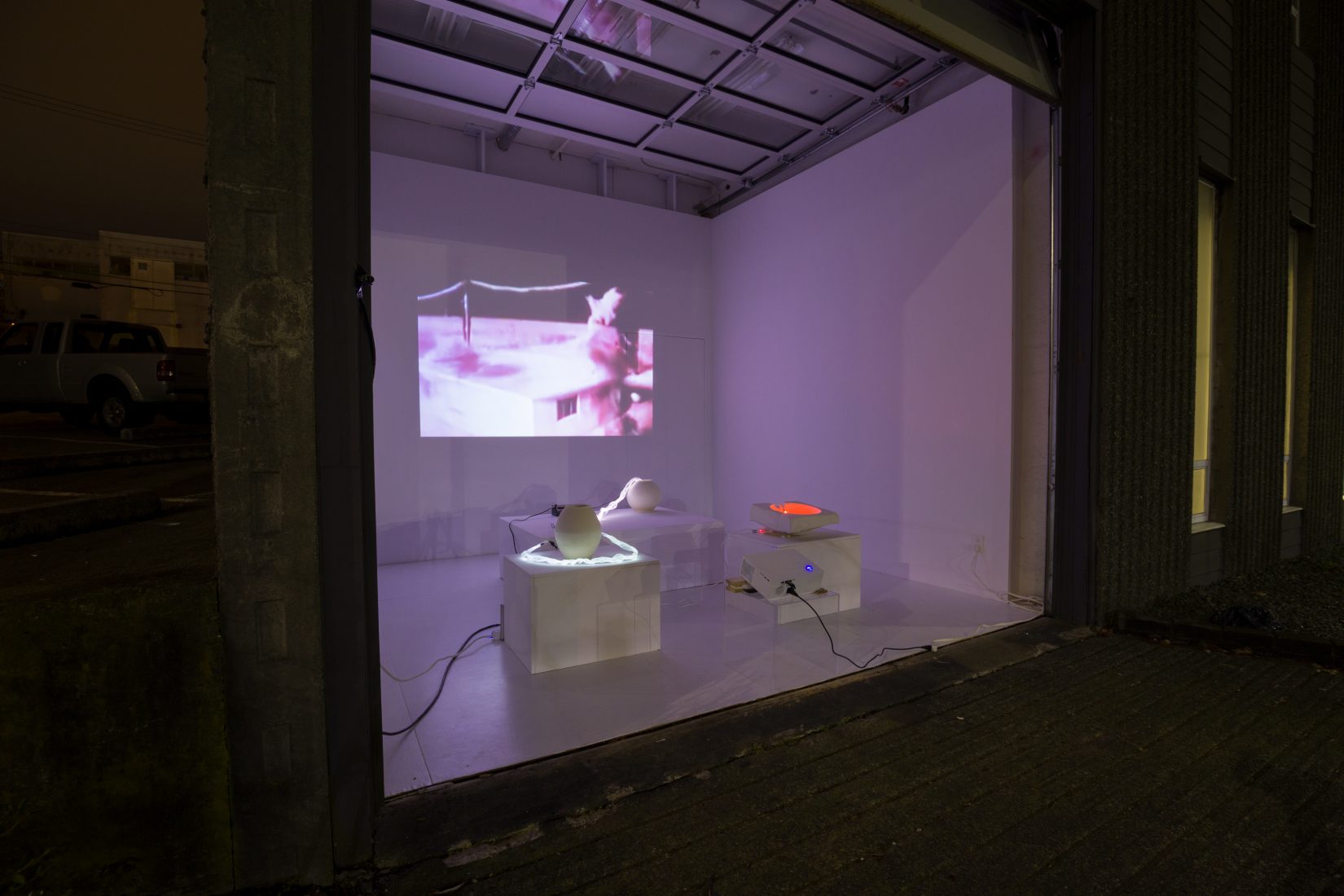 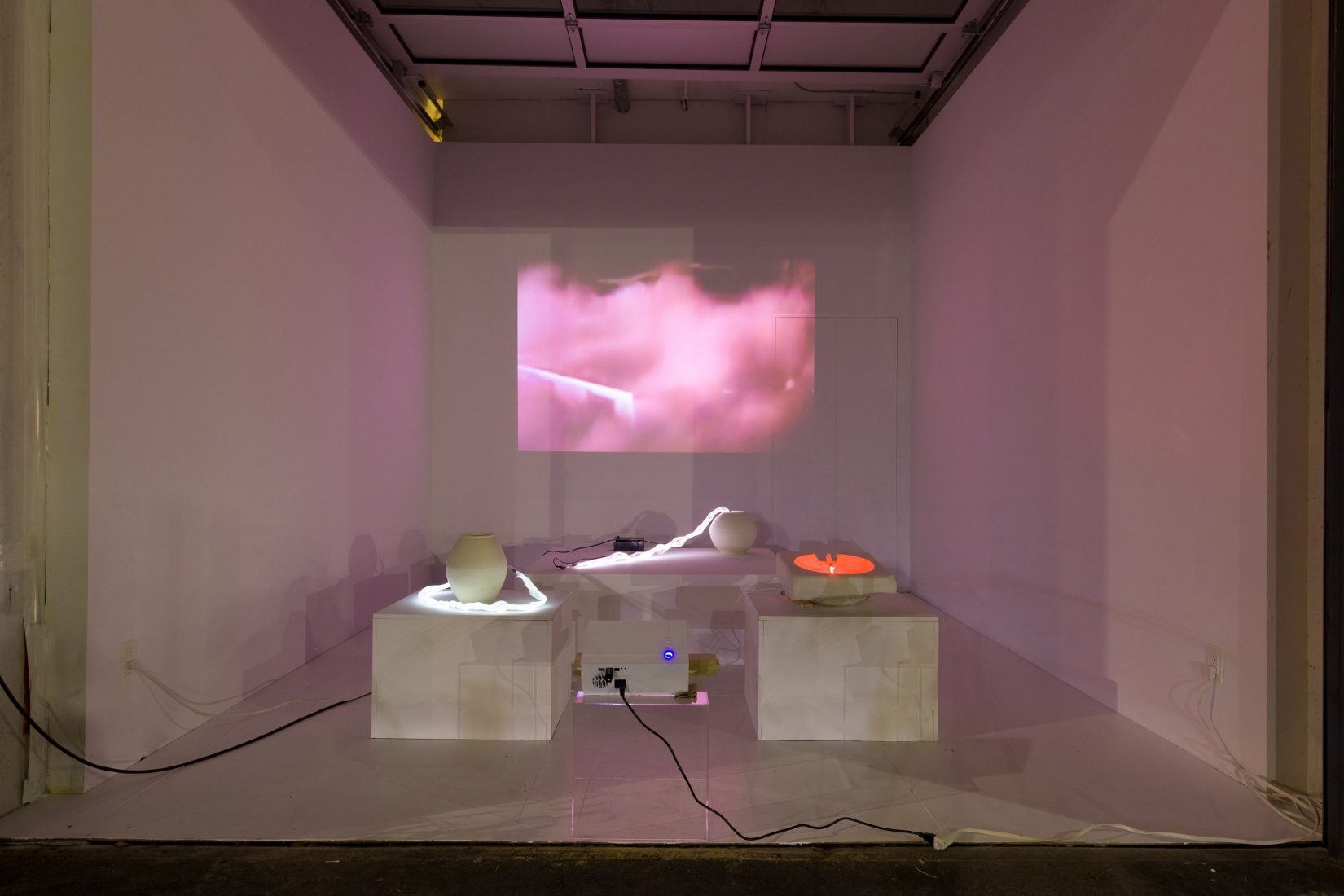 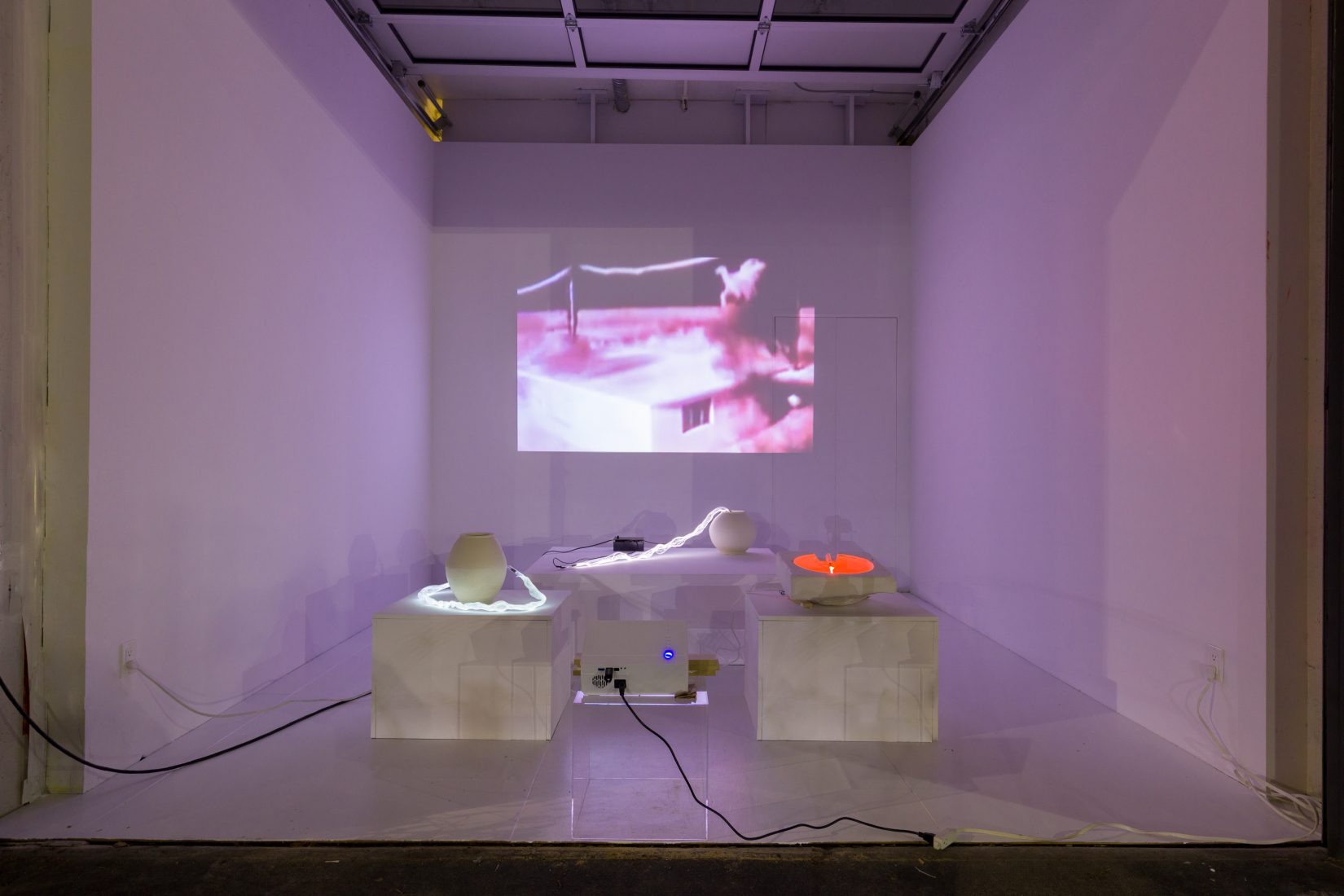 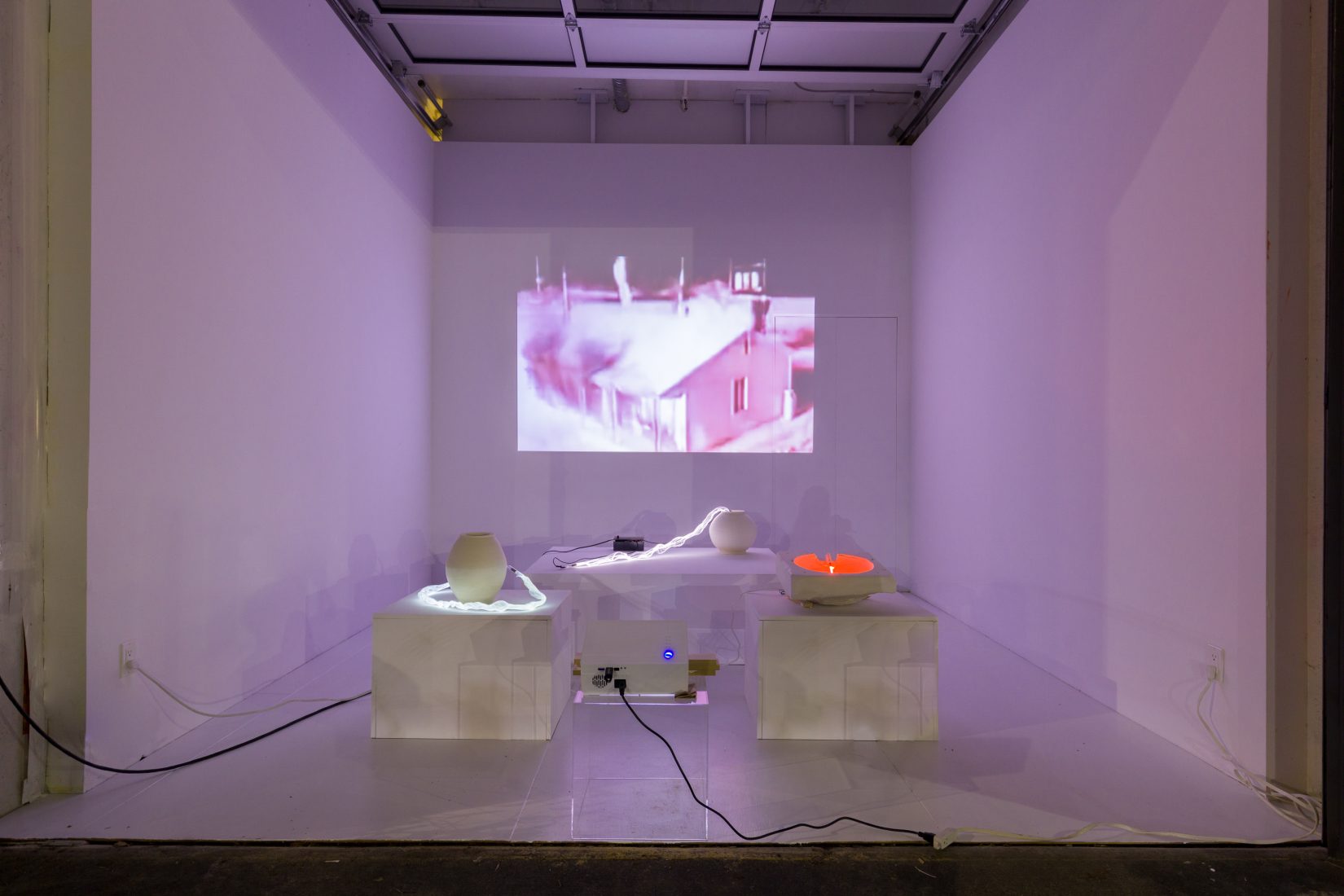 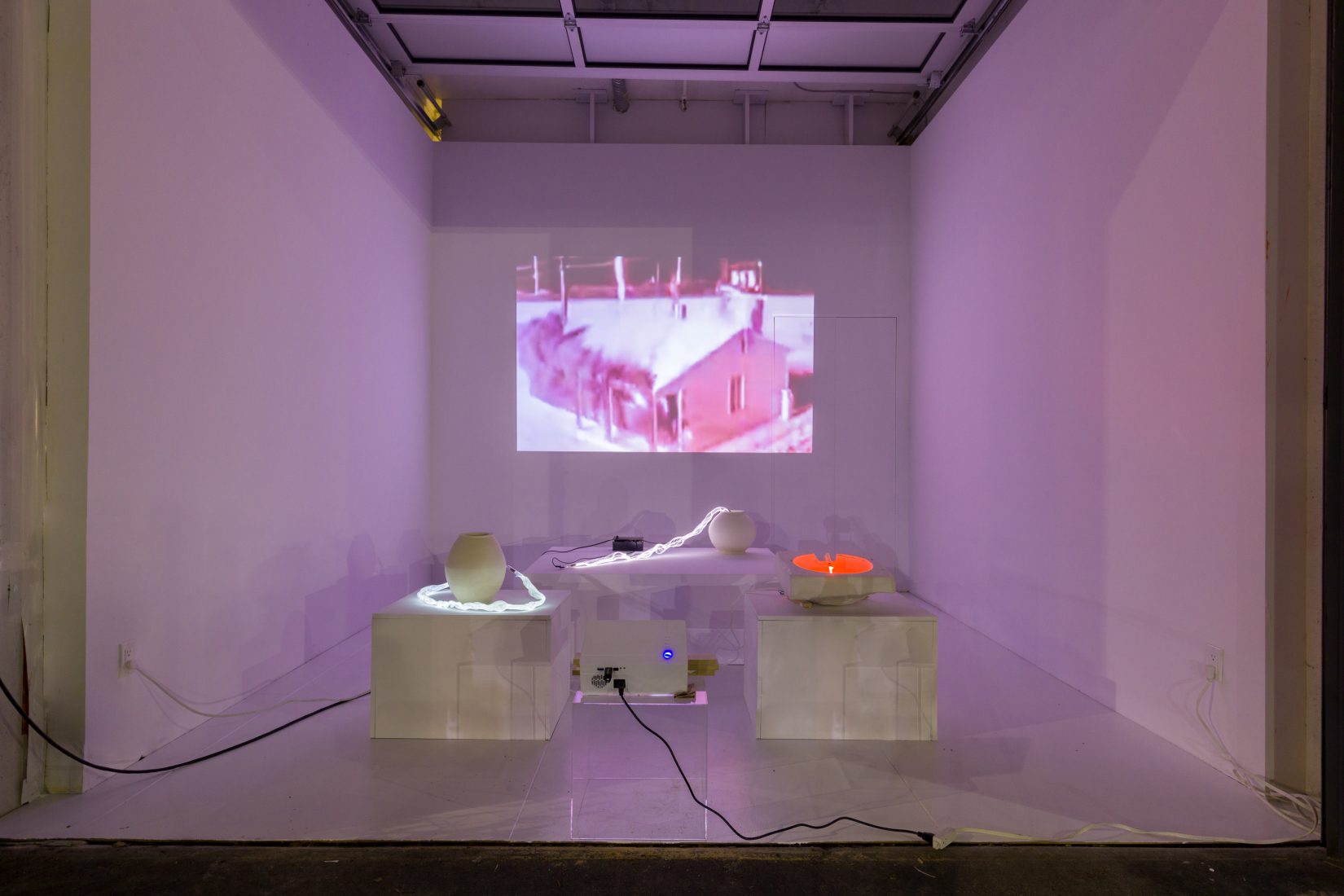 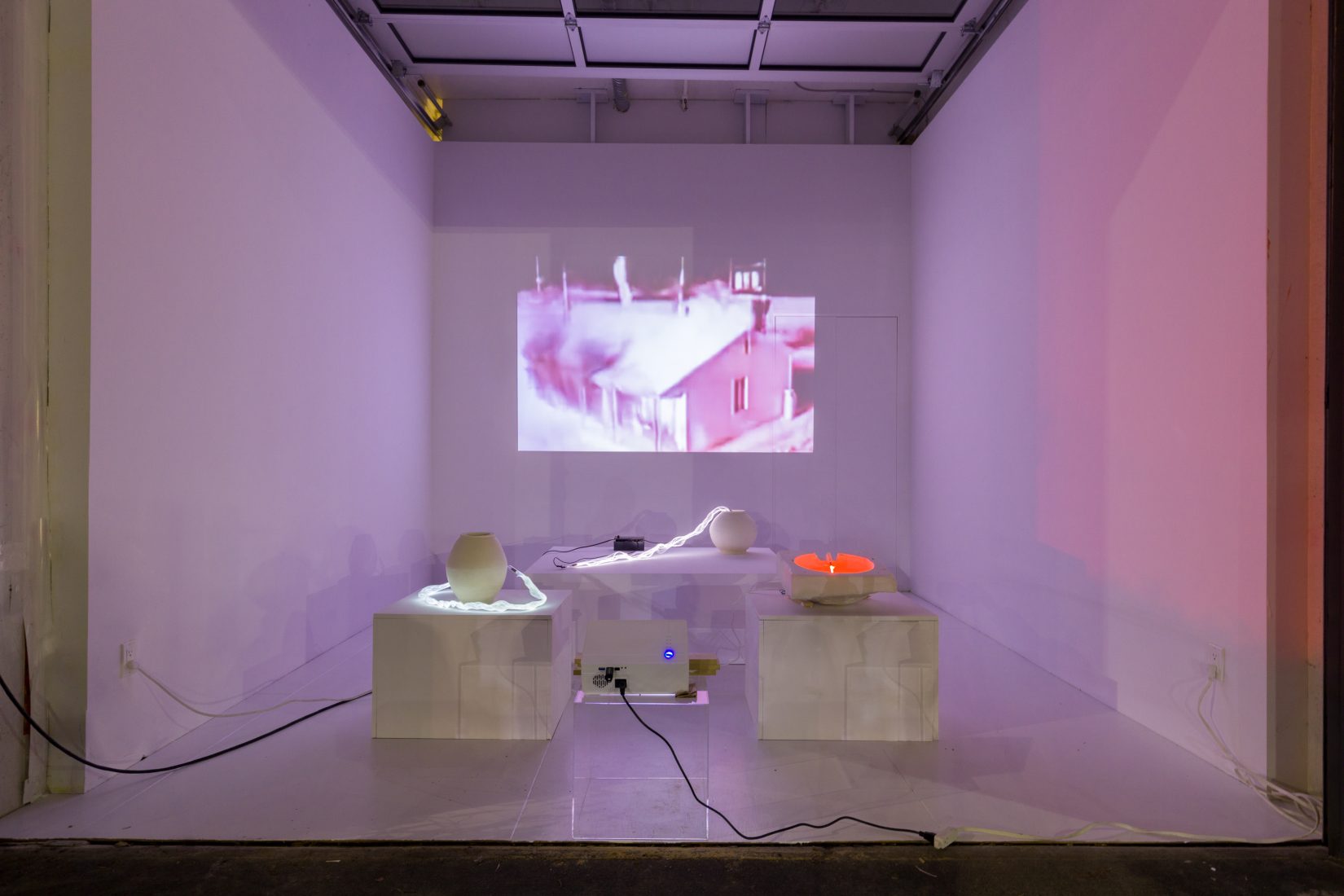 This project examines notions of home, toxicity, and nationalism through the historical McDonald Ranch House, where humanity’s first nuclear weapon was assembled. On July 16, 1945, the world’s first nuclear device “Trinity” was detonated in the Jordana del Muerto desert southeast of Socorro, New Mexico. What is little known about this cataclysmic event is that just two miles from the detonation site, a small ranch house owned by an immigrant family forcibly evicted by the US military during WWII, would become the birthplace of the world’s first nuclear weapon. The master bedroom of this otherwise innocuous domestic space (McDonald Ranch House) was converted into the assembly room for the plutonium hemispheres and other components of Trinity. In the decades that followed, hundreds of atmospheric and underground nuclear tests would take place around the world, many directly and purposefully exposing people, communities, and ecological systems to radioactive fallout. A total of 528 atmospheric tests and 1,528 underground tests have been documented. The work moves through this occupation of the home to interrogate notions of contamination, violence, and dispossession enacted by the nation state.

Through its specific materials, the installation proposes ‘home’ as a precarious site of physical and psychic occupation by national ideologies. Glass as a material connects to various points of time: at the moment of the explosion of Trinity when the surrounding desert sand melted into radioactive glass; during the fabrication and documentation of the bomb with optics and photographic technology; and presently, through vitrifying nuclear waste into glass in an attempt to contain the enormity of accumulated radioactive matter. Here, Lee has used handblown borosilicate glass, manipulated by hand using a torch. The precarity of the glass is amplified by both the gas it contains, and the electric current of the plasma that permeates from within it. In the case of plasma, the ionized gas acts as a physical material and a psychic exchange of energy, reacting to the proximity of objects and people. The plasma is created artificially by feeding power to the electrode inserted within the blown glass to ionize the gas and create plasma.

Surrounded by the blown glass and plasma are spherical porcelain vessels. Unique to Korea, the moon jar (dal hang-ari) takes two separately thrown bowls and joins them together to form a discernible seam, each moon jar’s unique characteristics falling on the asymmetrical line of its equator. This process, in addition to the clay body, glaze, and conditions in the kiln, results in subtle and welcome distortions in the form’s shape.

To this day, the moon jar is a highly prized object for the skill it takes to fabricate and its distinctive shape and method of construction. Formally, the moon jar reflected much of the philosophy of the Joseon period (1392–1910) and its Confucian principles of modesty, purity, as well as fertility and the “embracing, gentle qualities of women”.

Within this work, the whole and bifurcated forms of the moon jars echo a multiplicity of referents and contradictions (body, bomb, container for nuclear waste, cold war sculptures of women, postwar gender, and so forth) that proposes it as a form in perpetual precarity, transformation, and ambiguity.

/born ignorant in an abyss of light