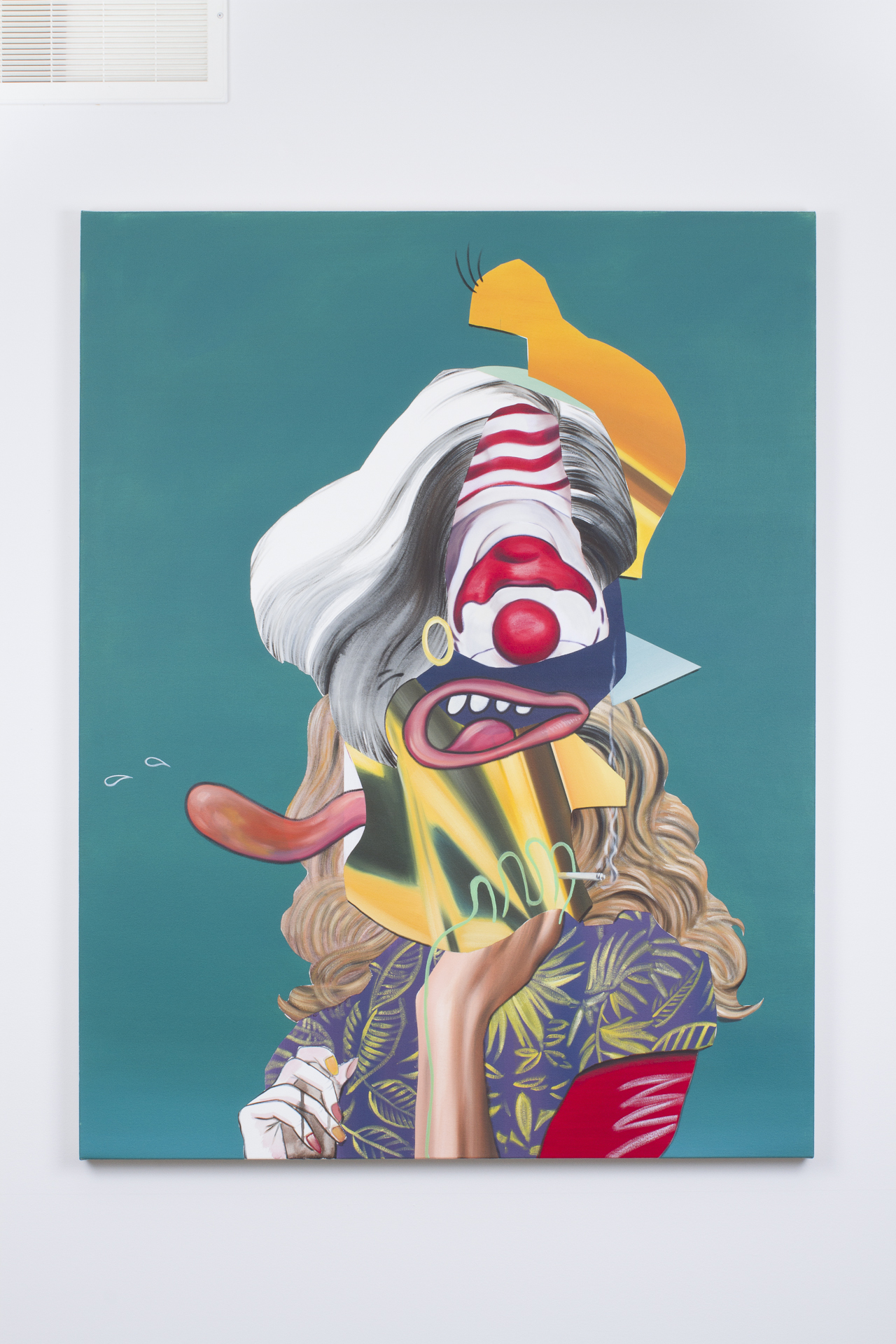 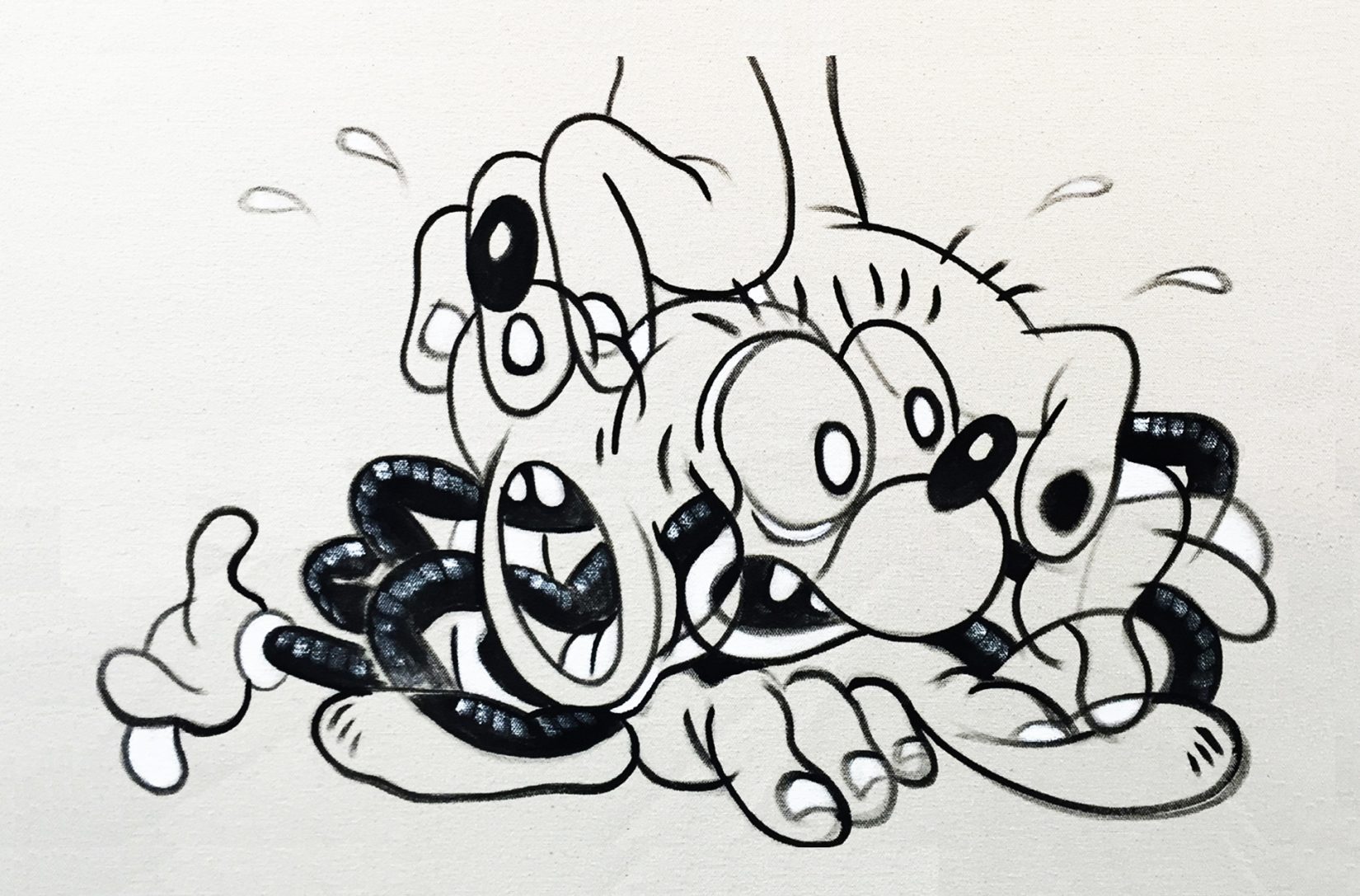 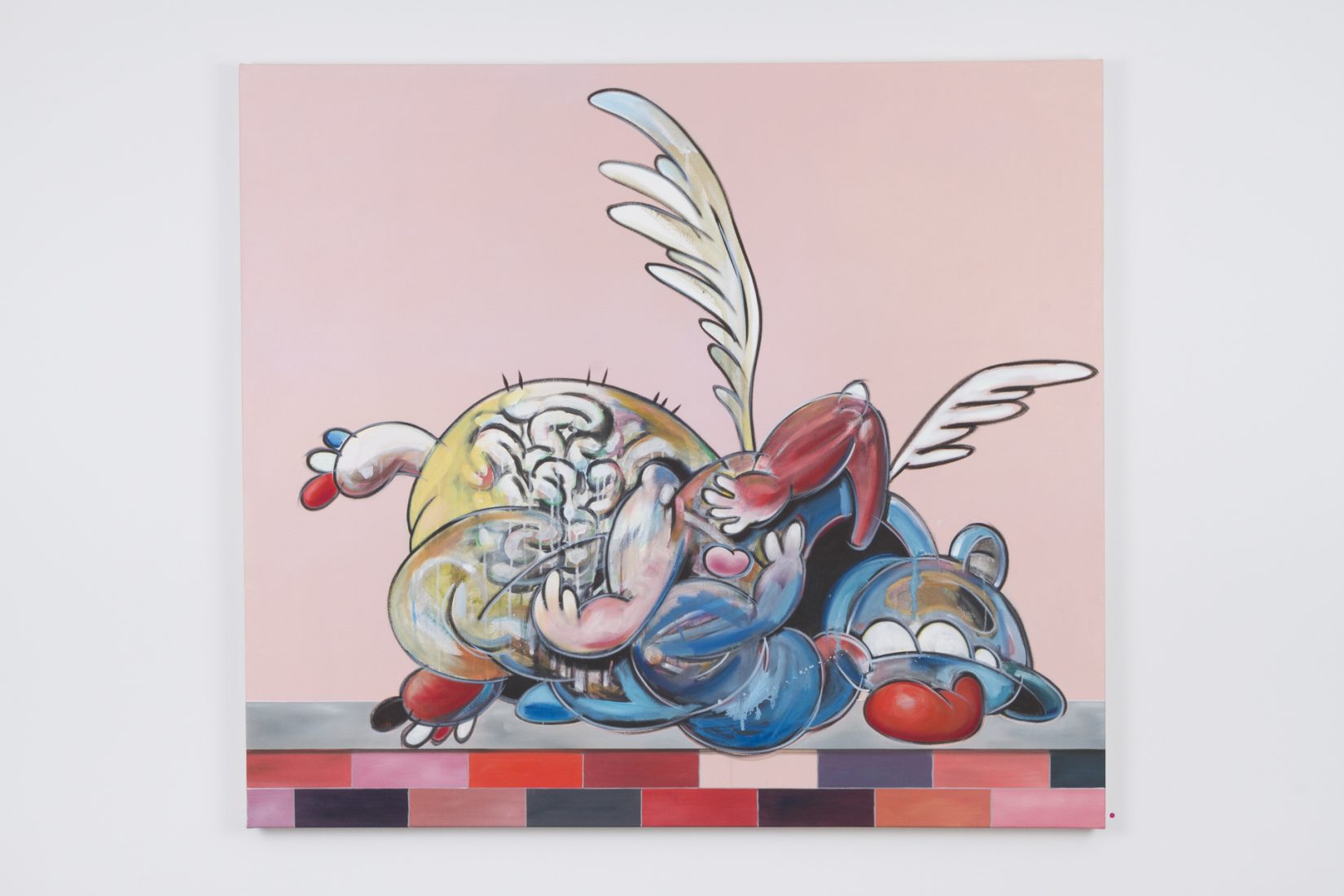 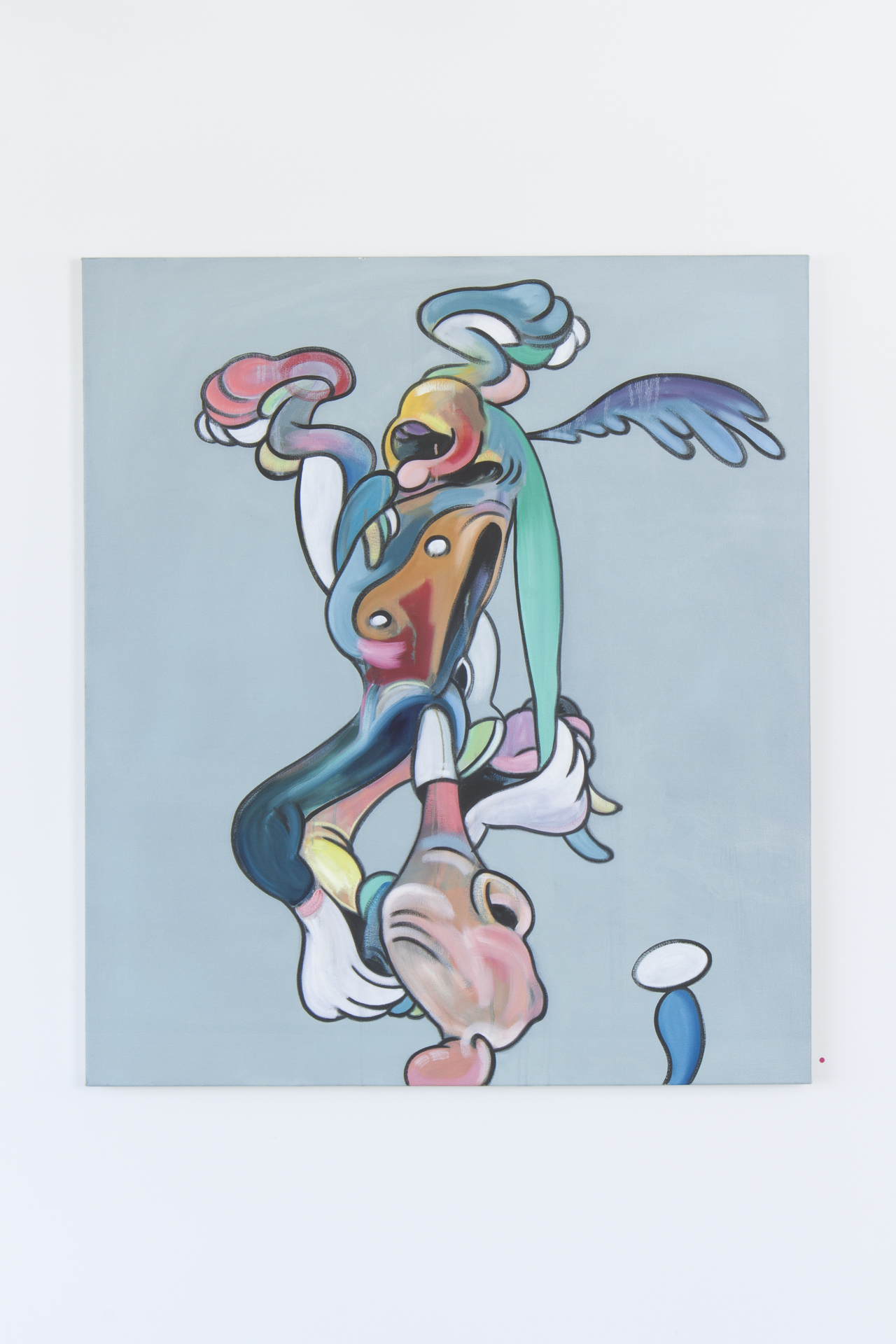 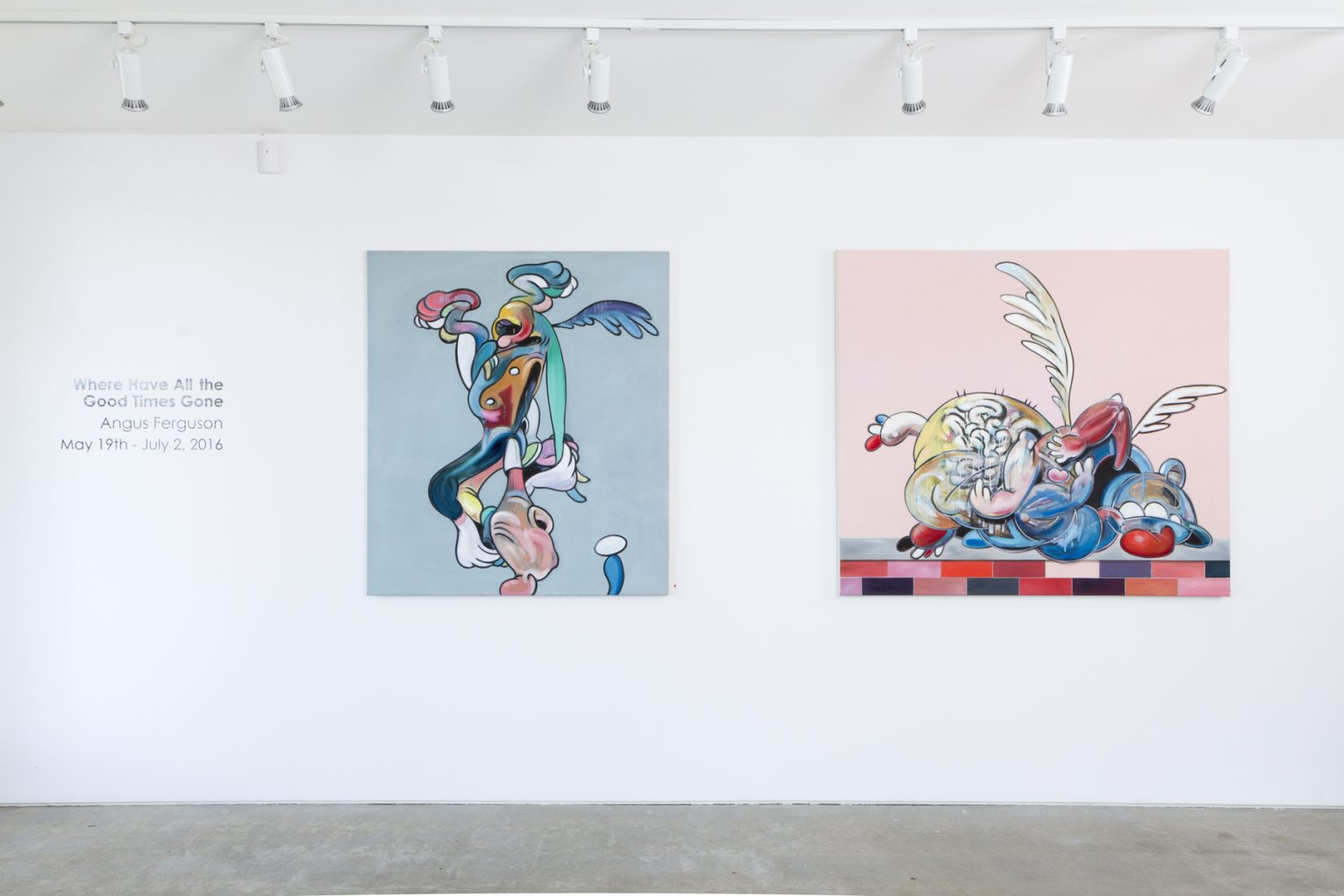 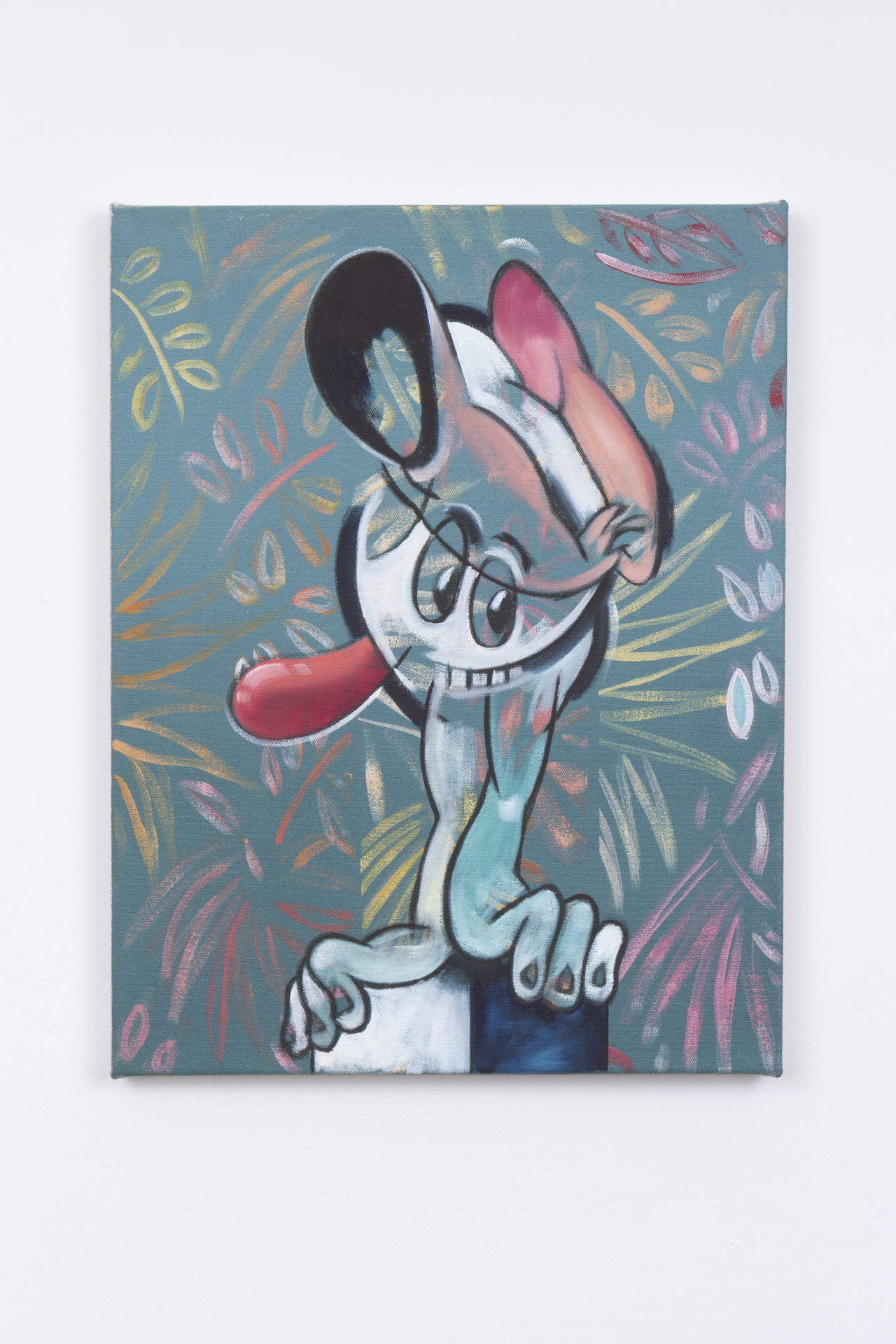 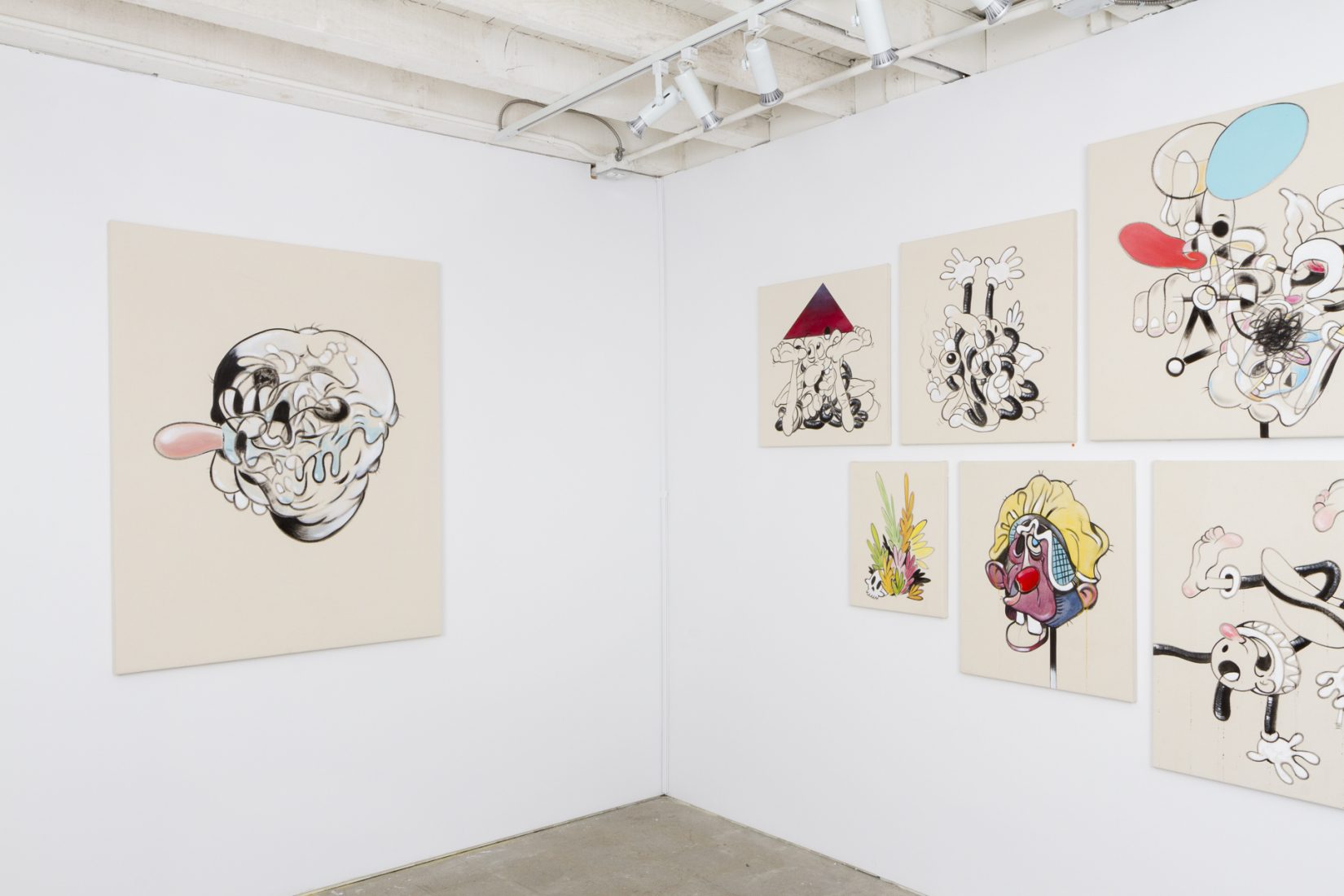 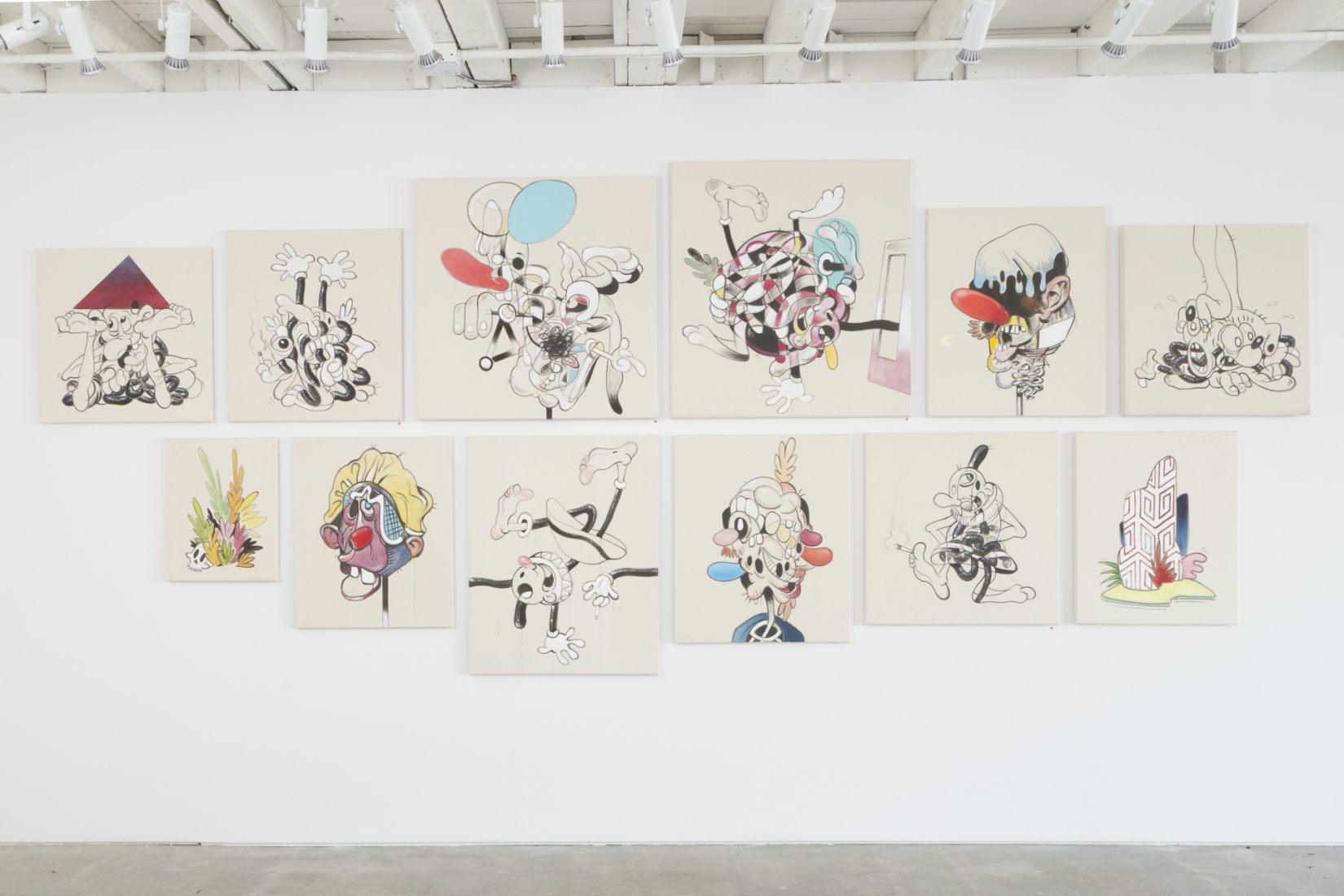 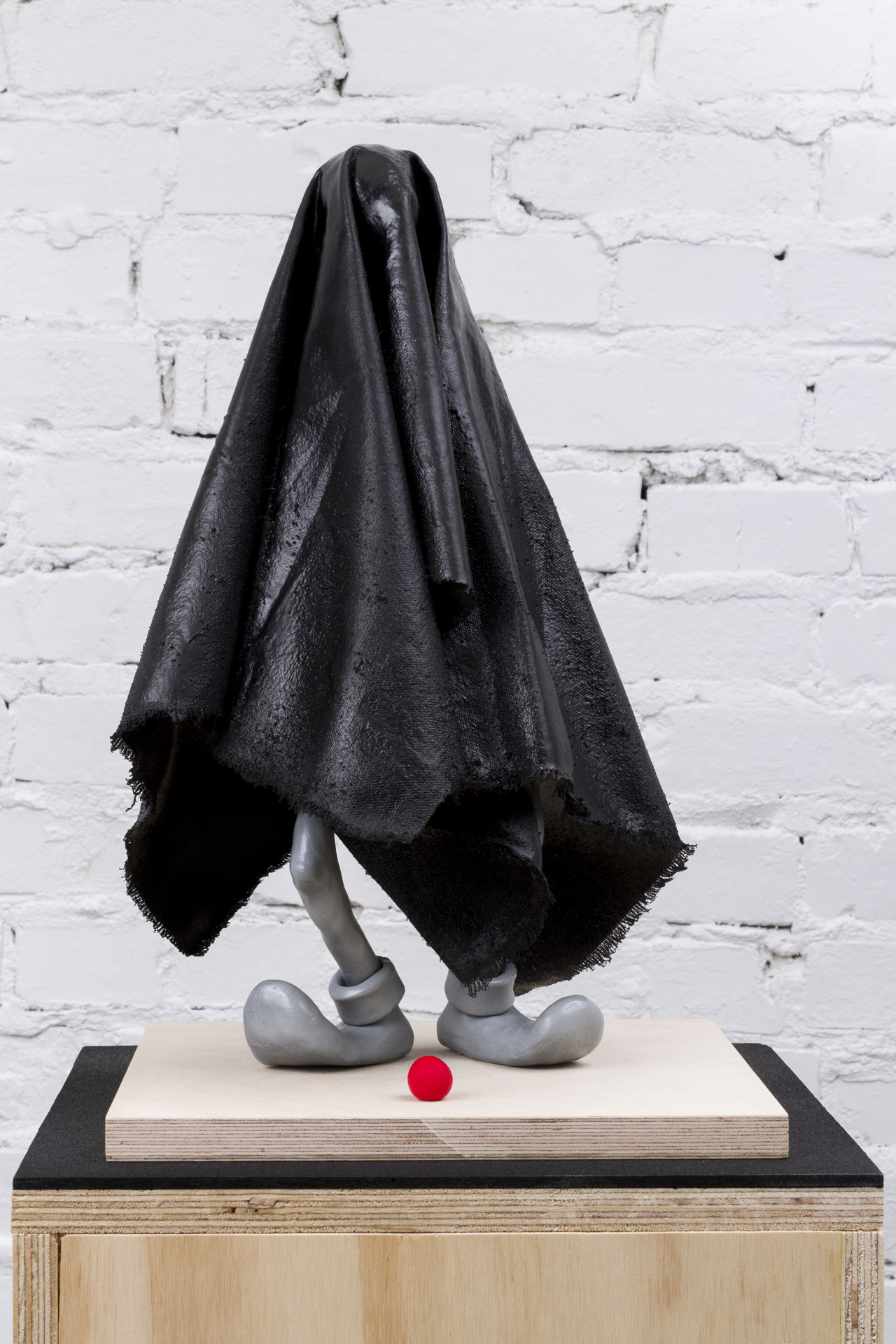 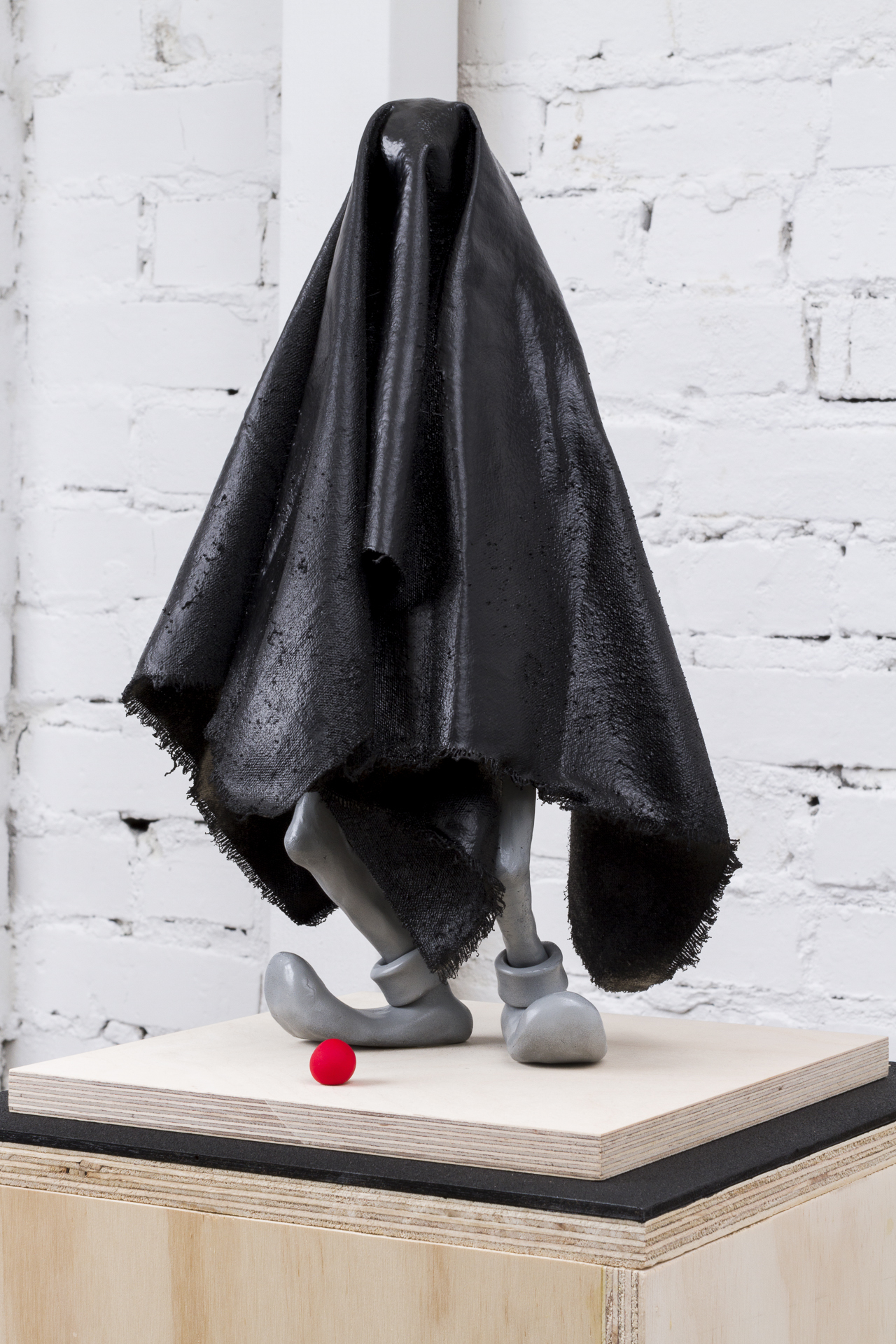 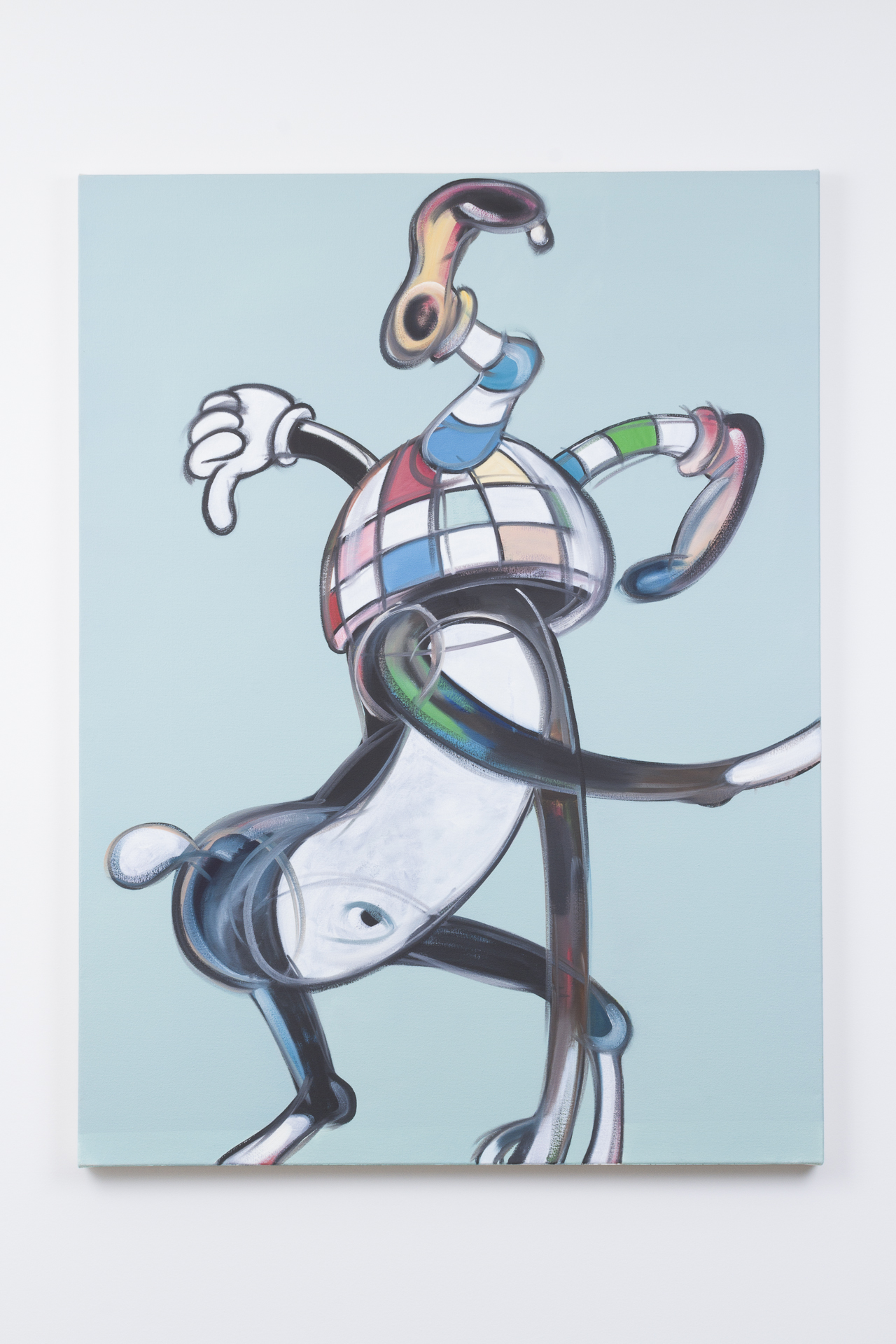 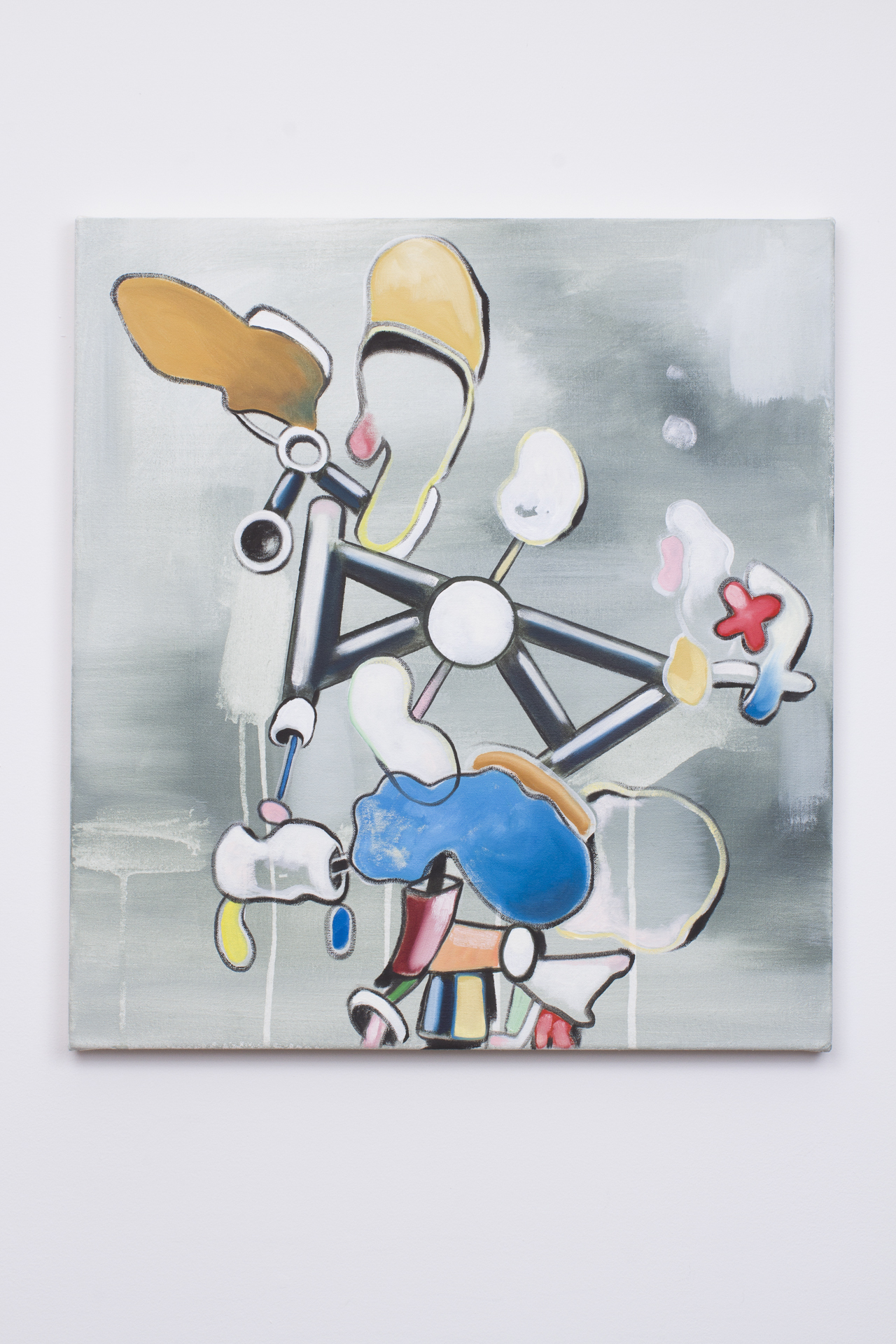 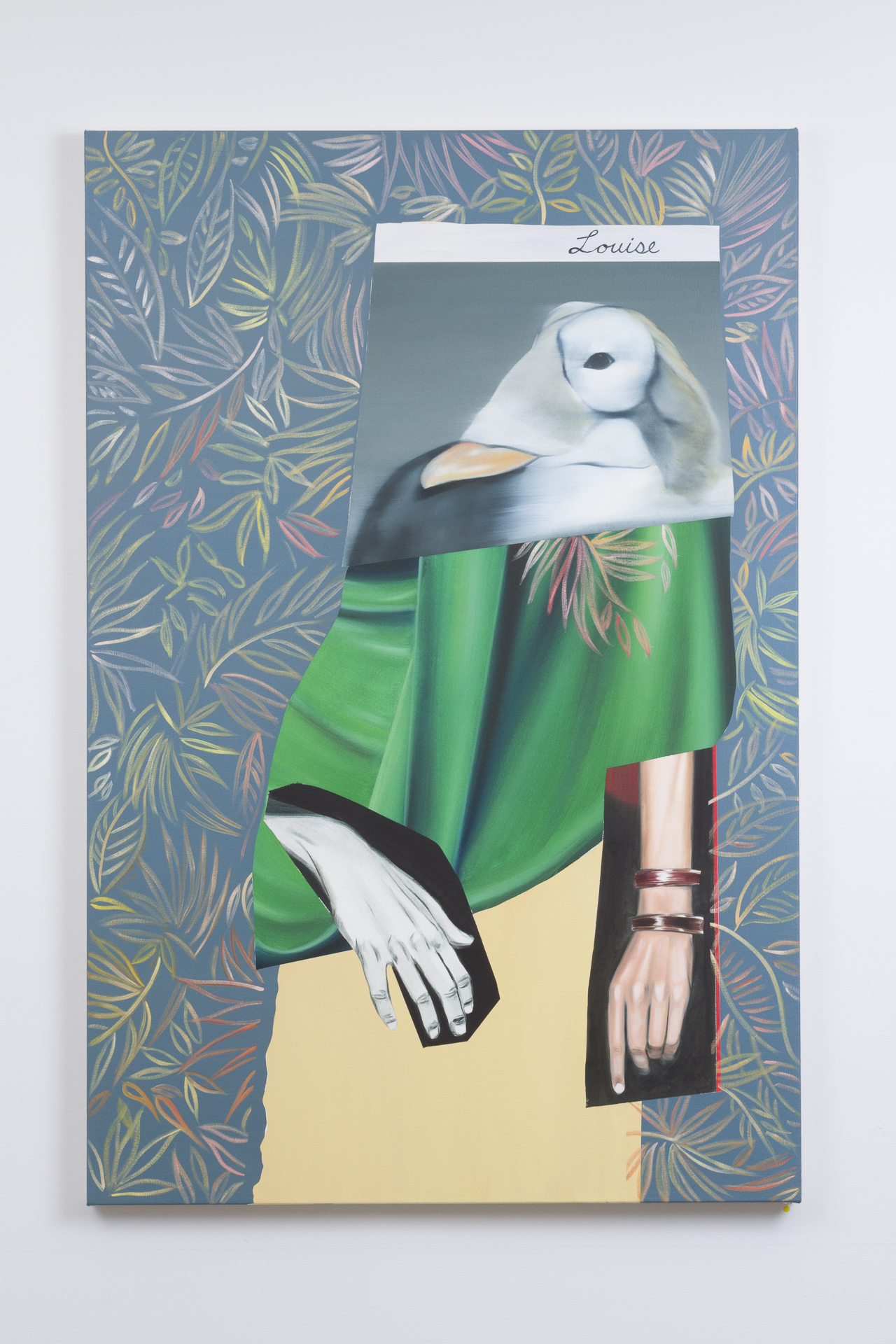 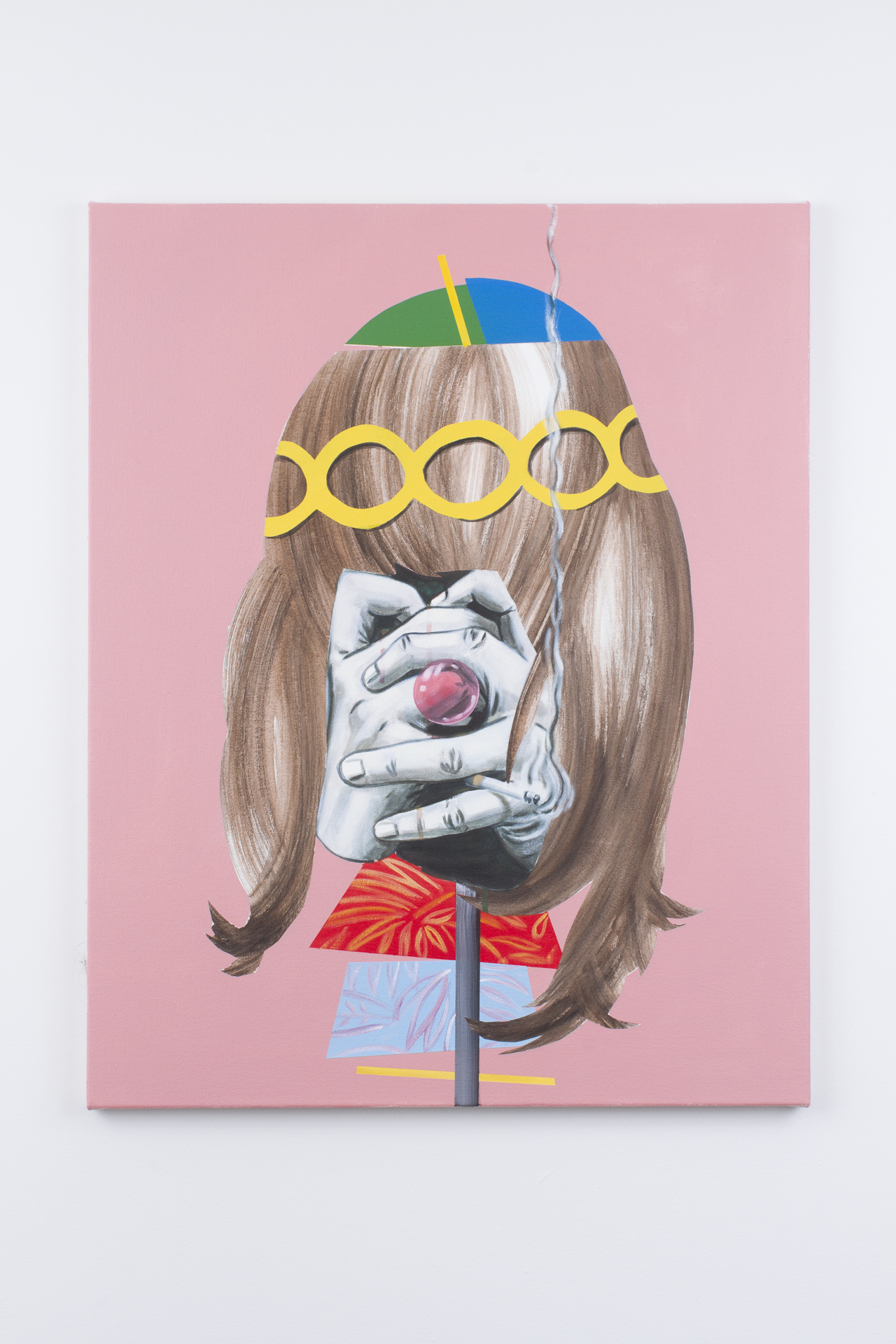 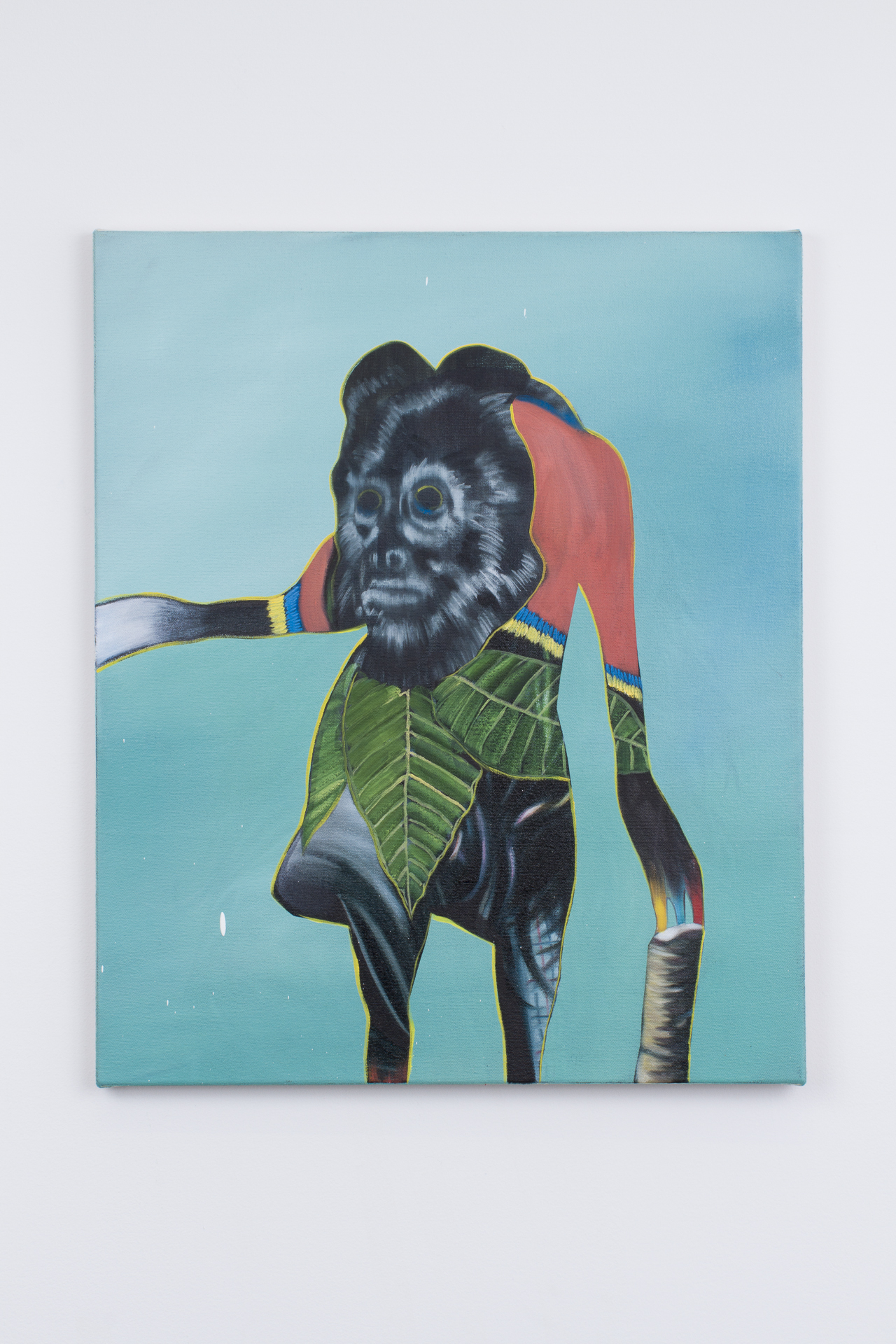 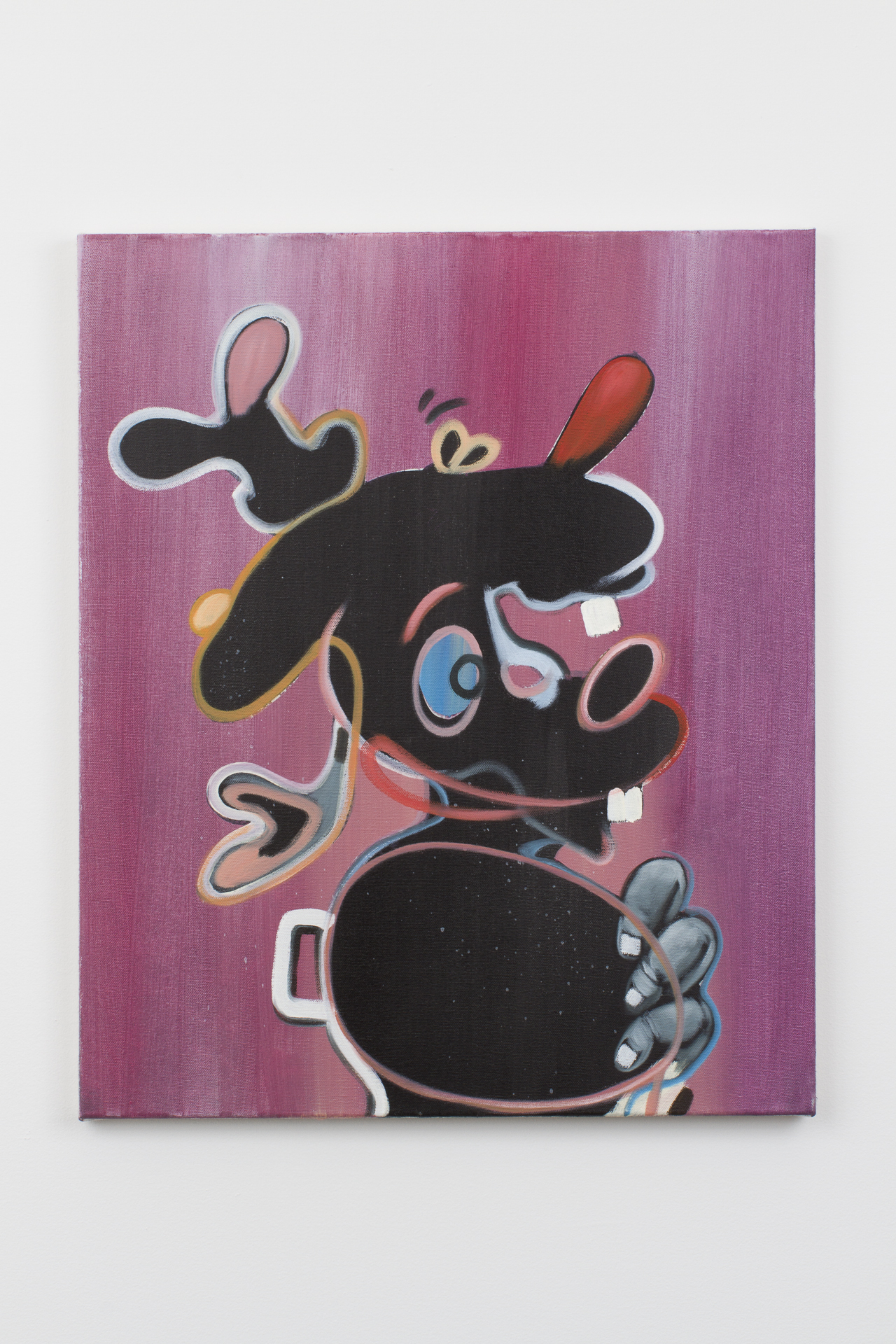 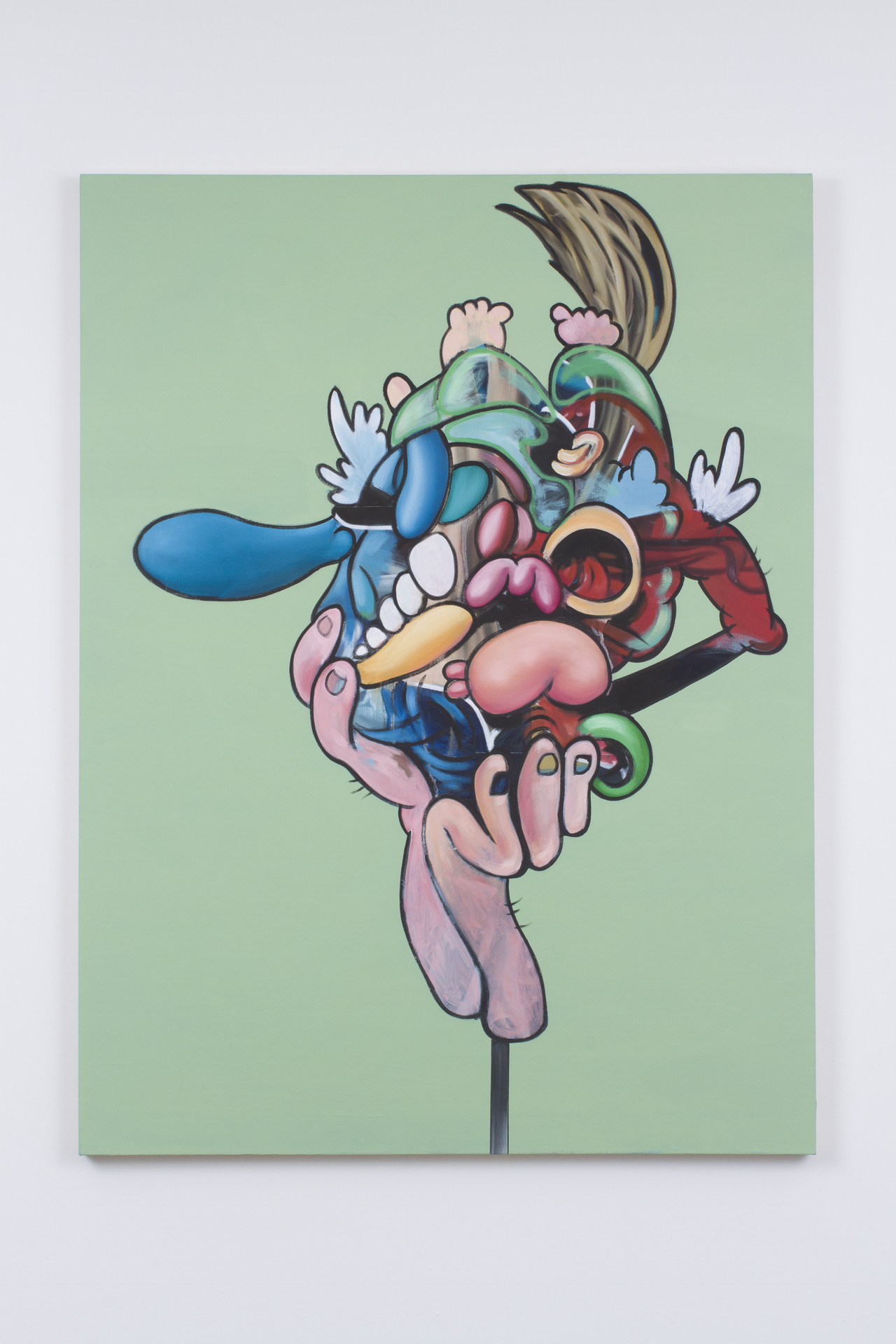 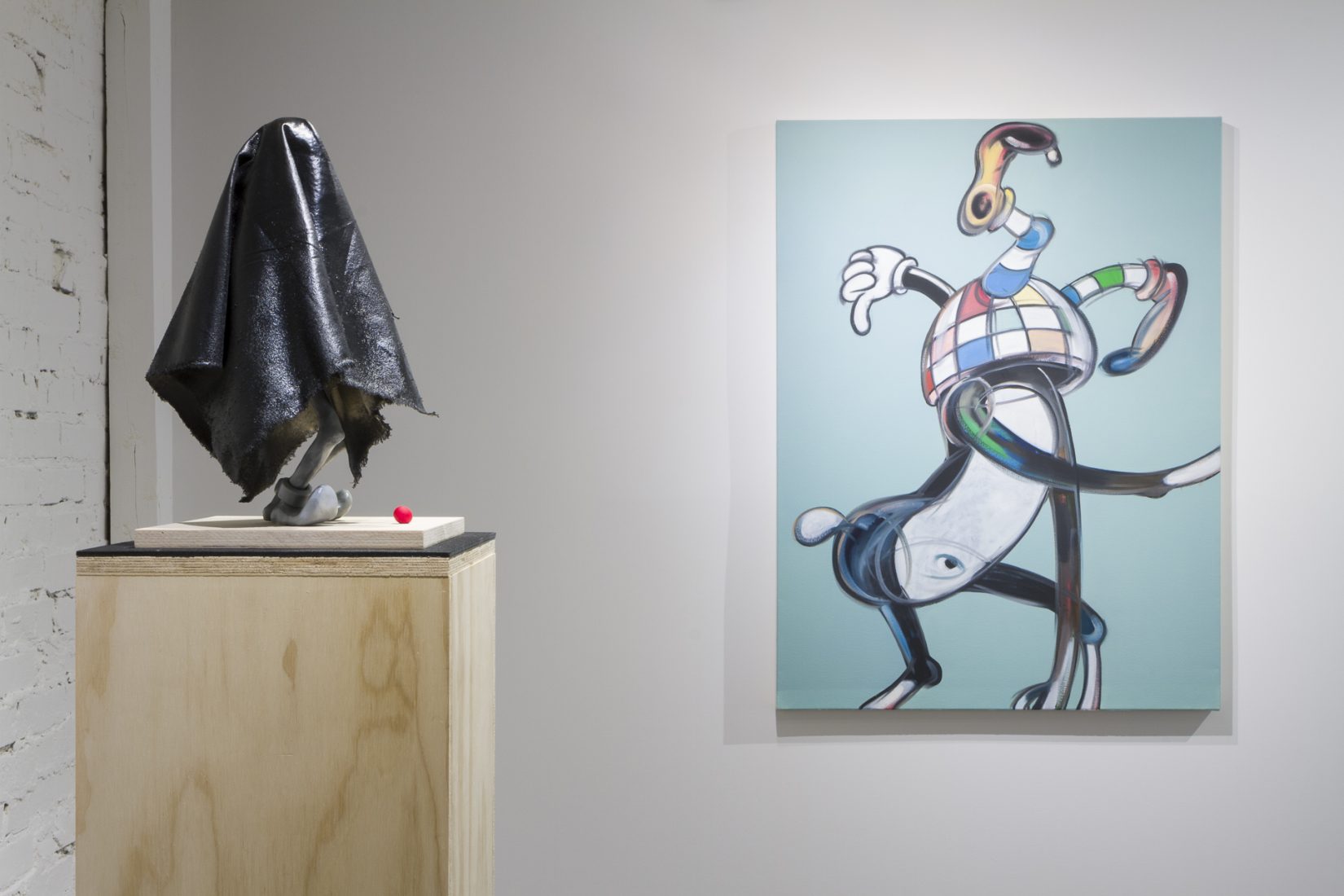 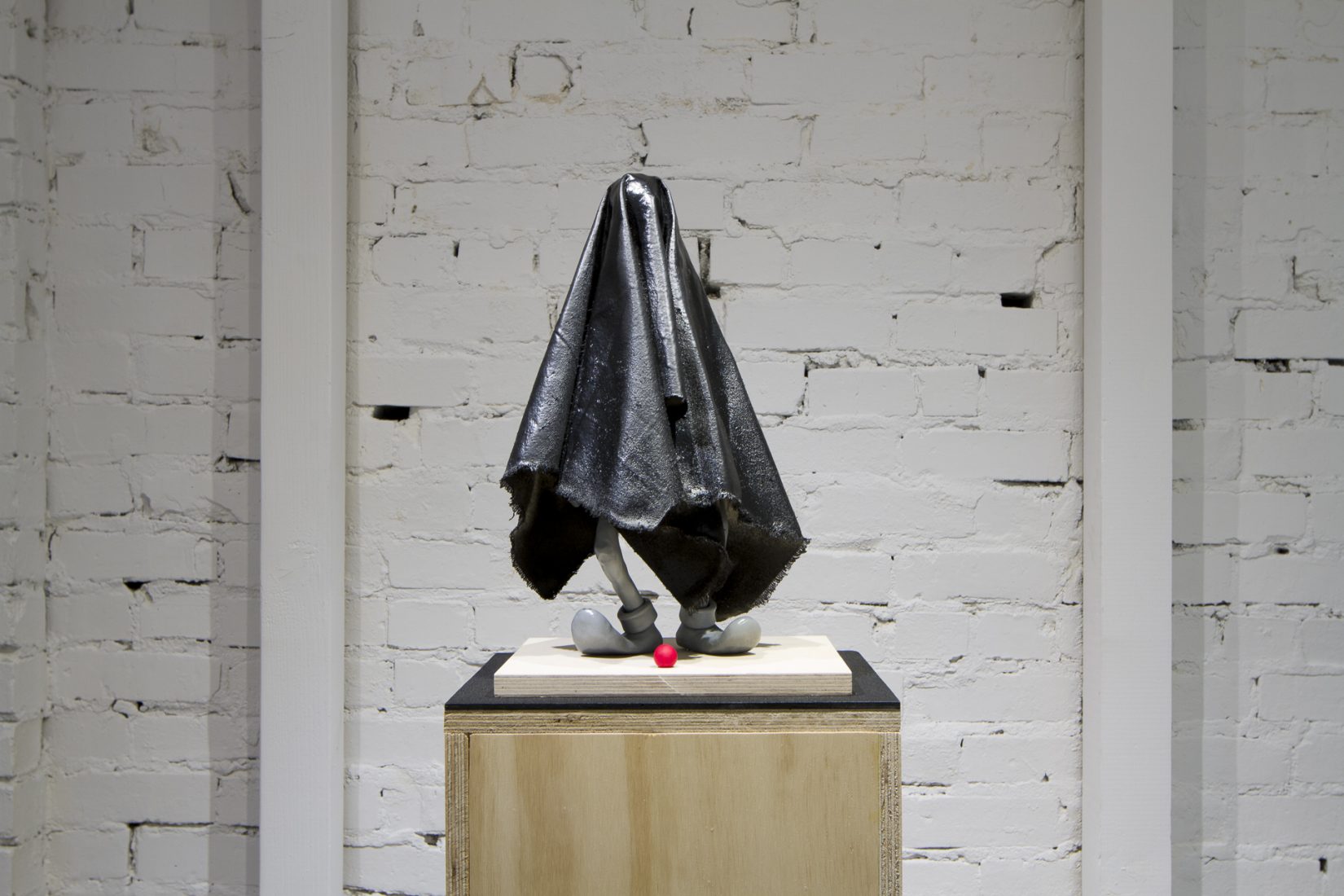 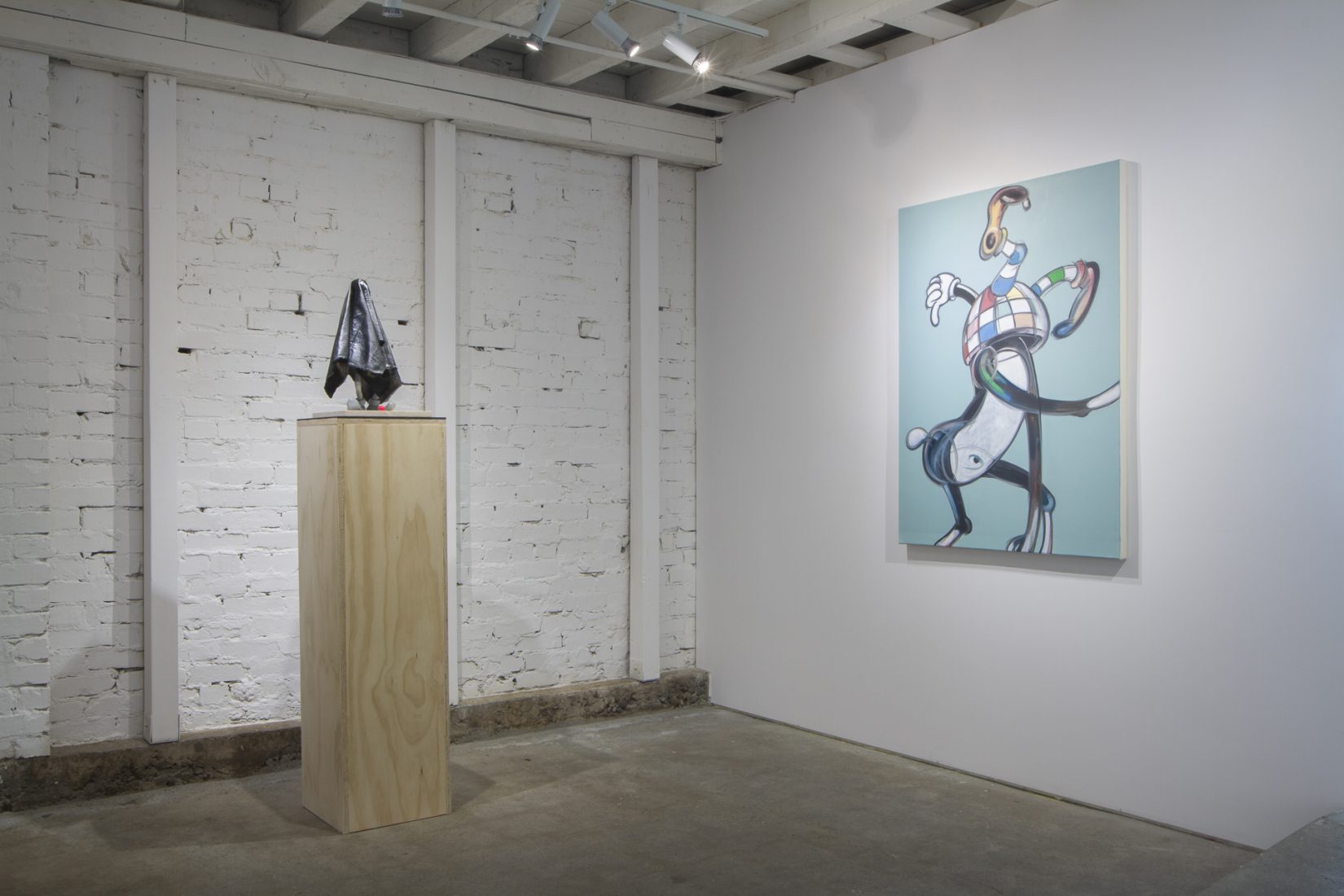 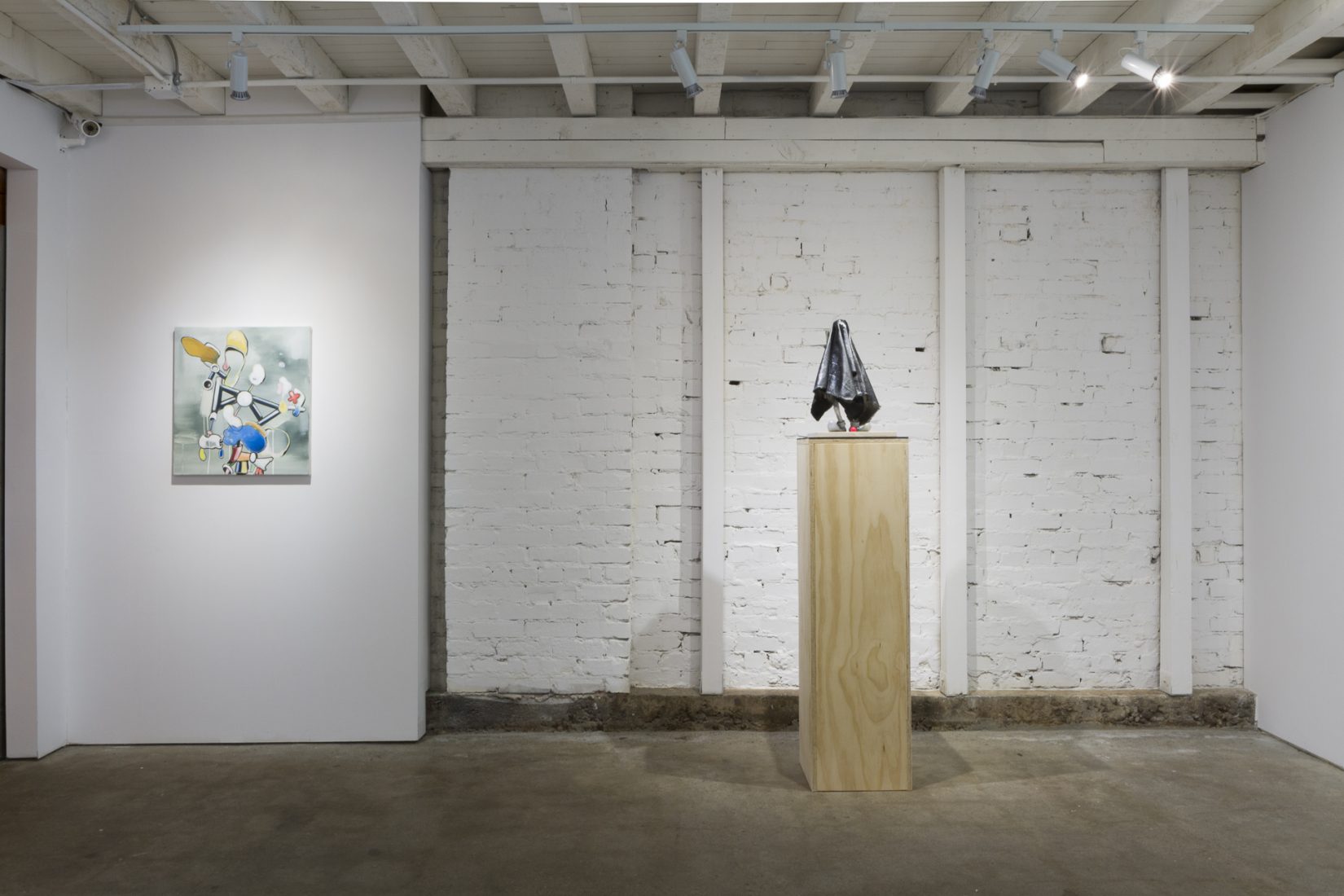 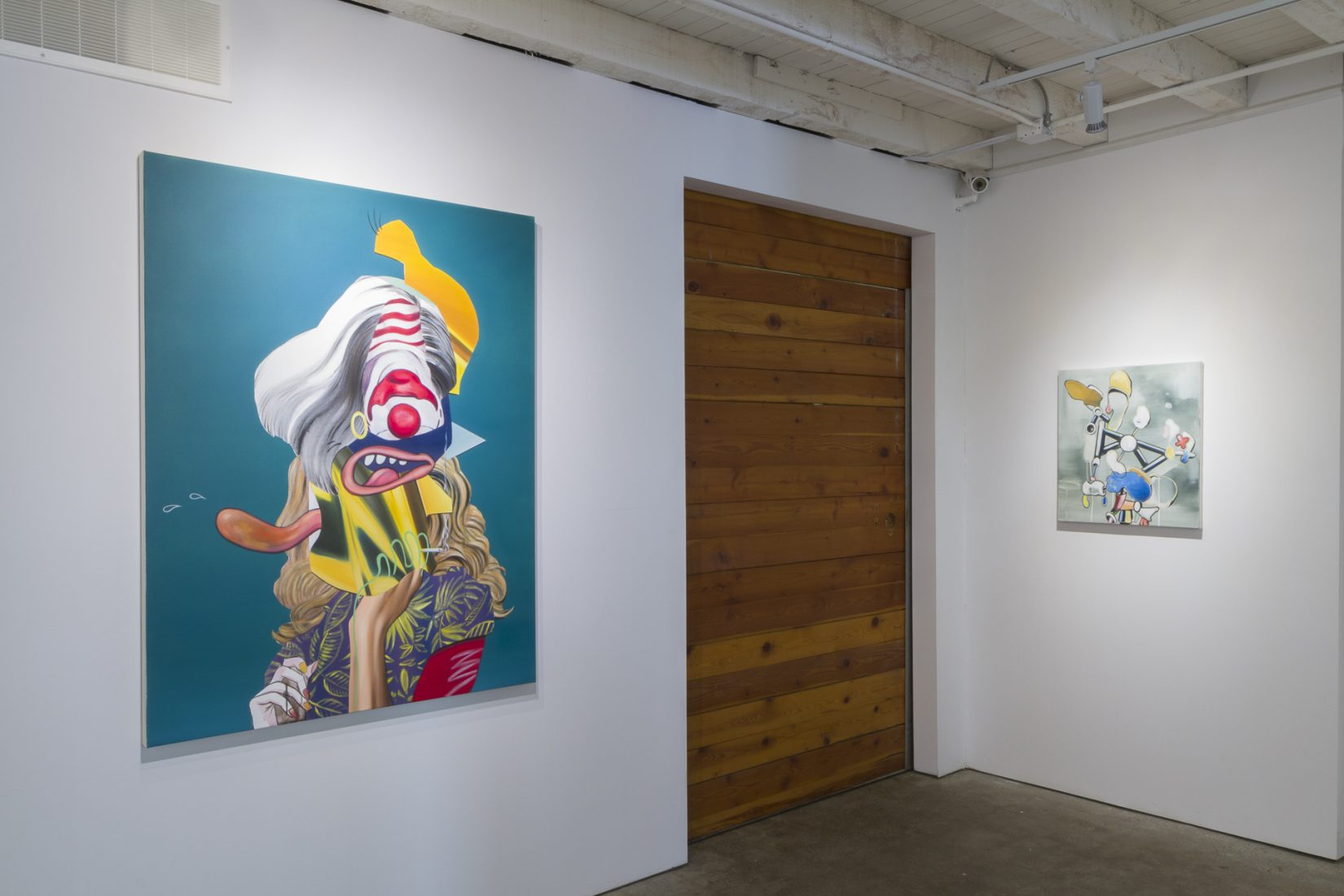 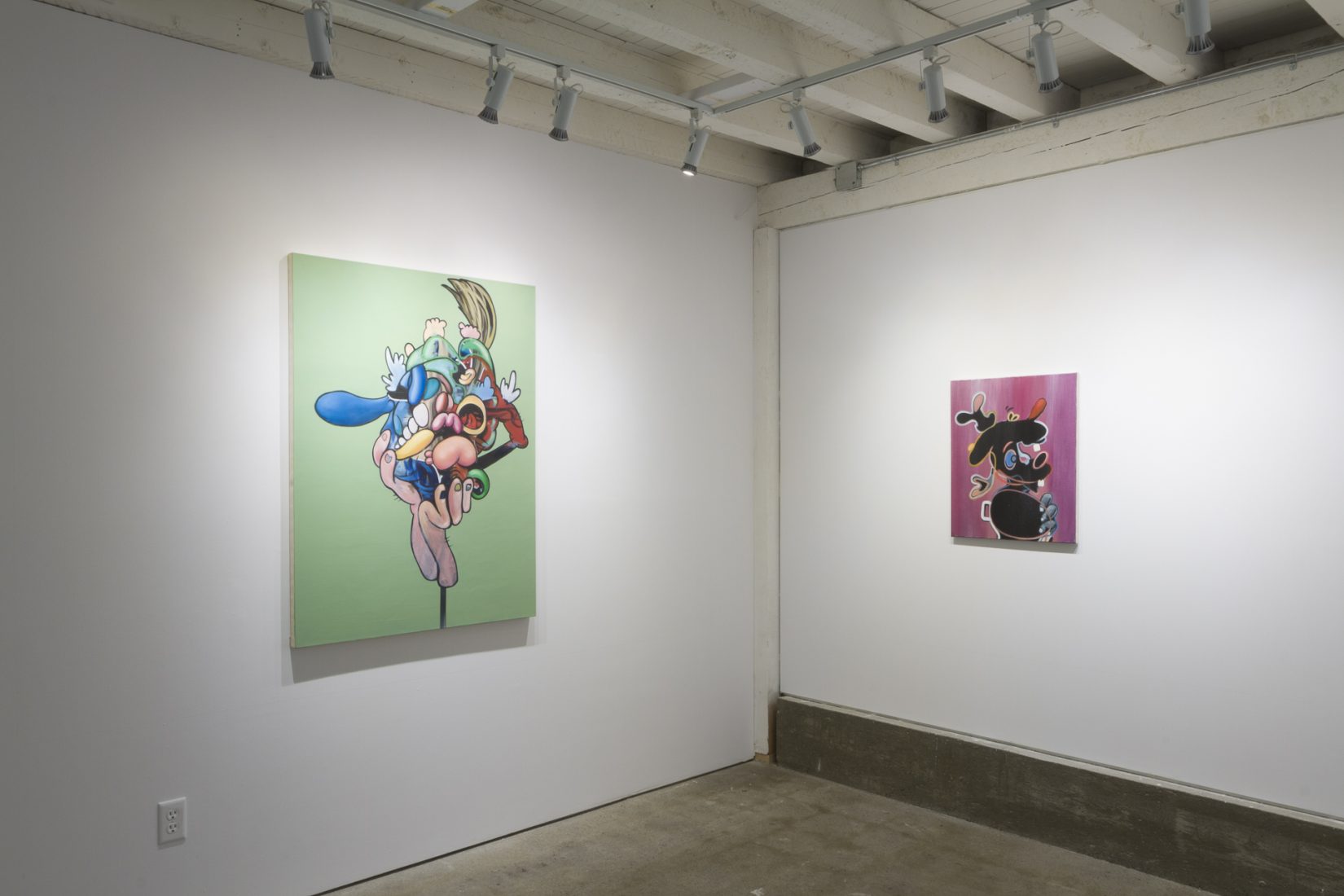 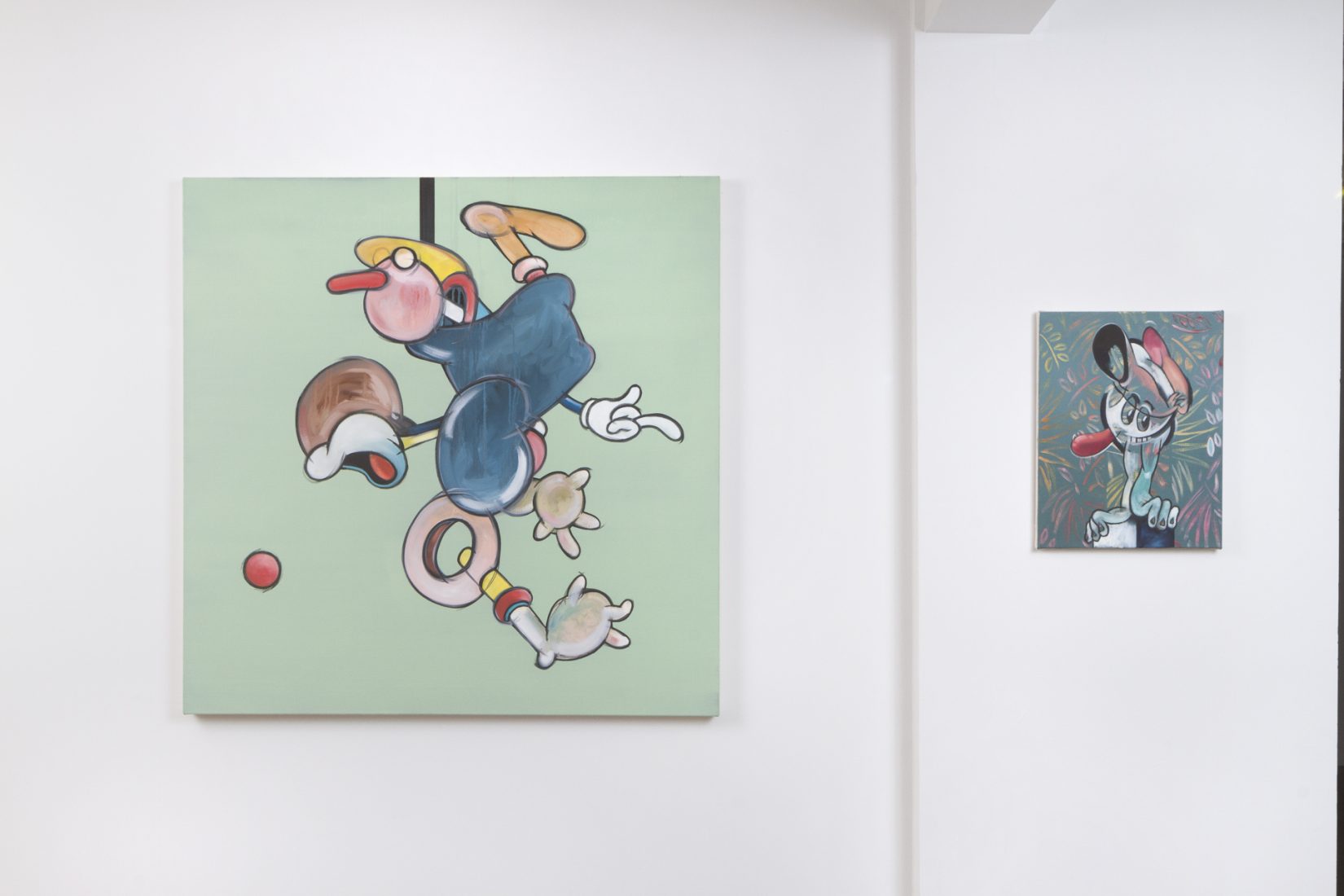 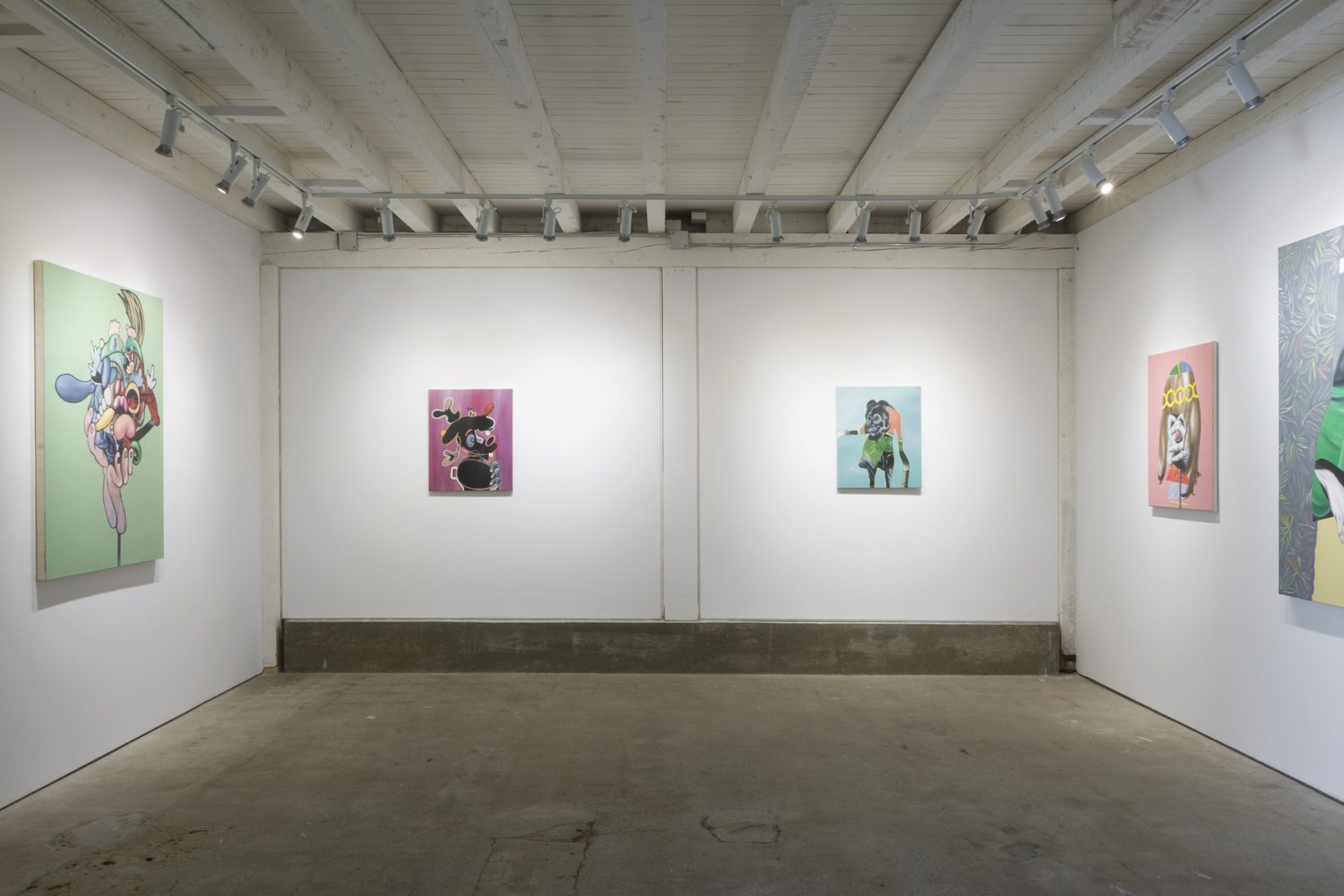 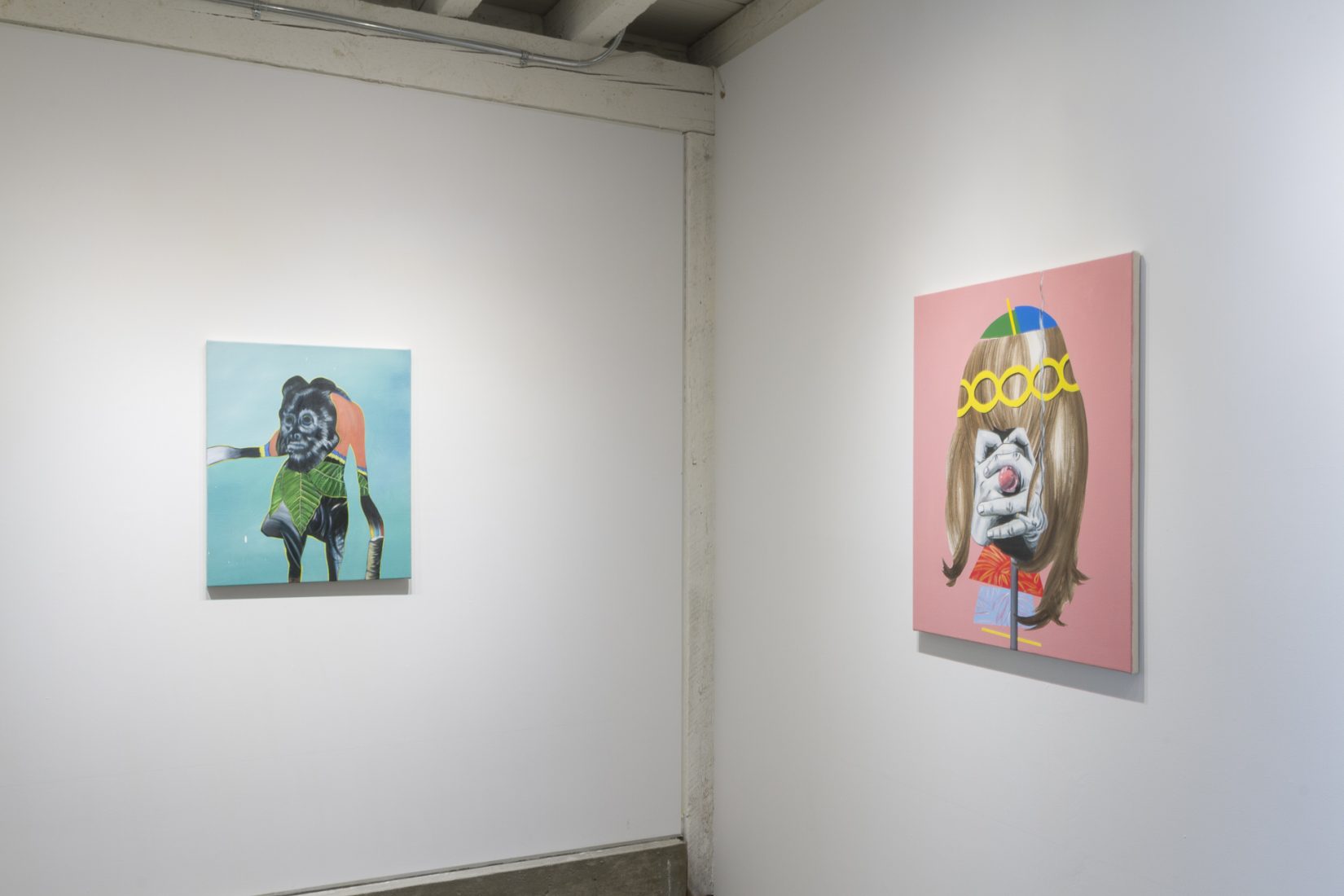 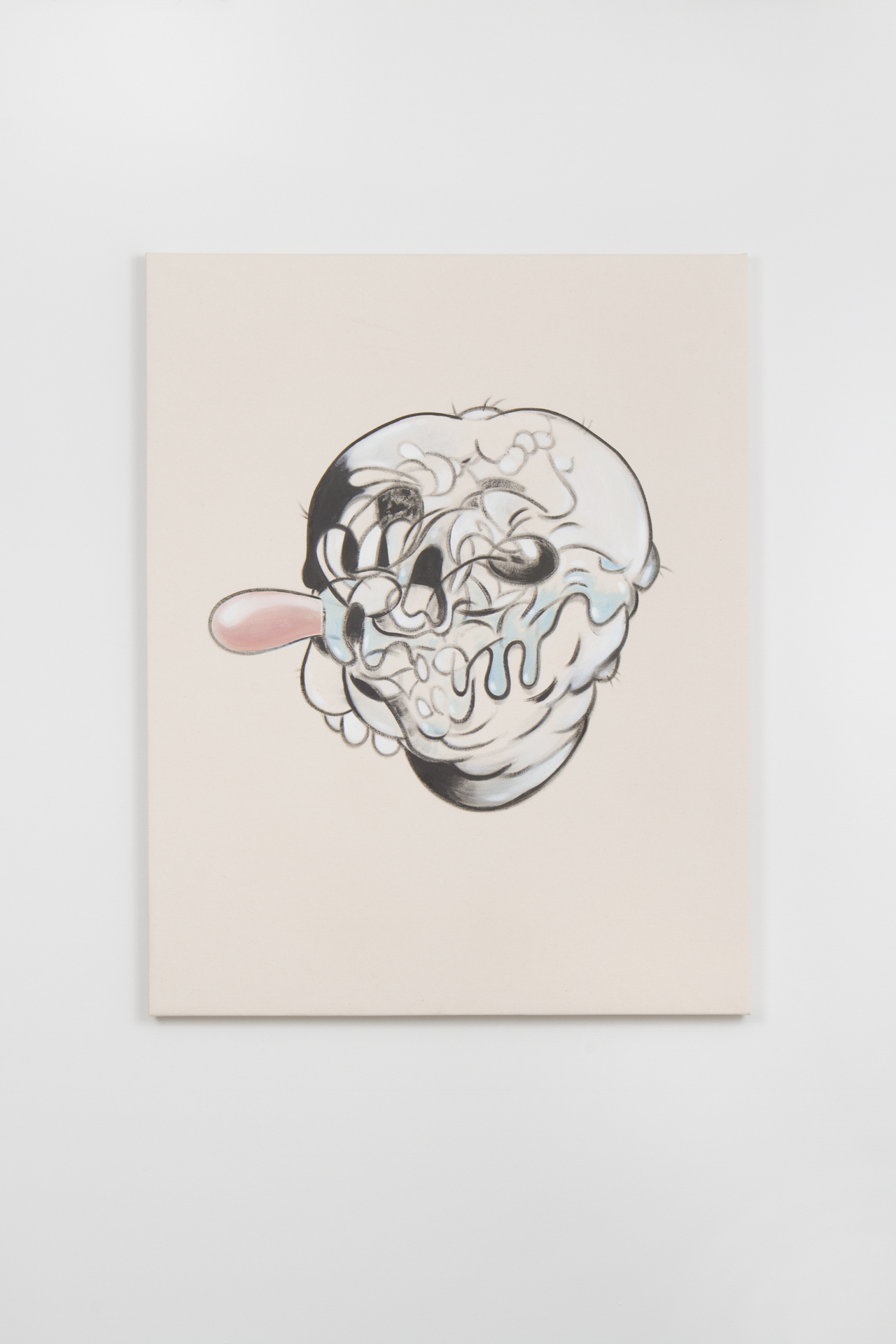 Angus Ferguson paints absurdist figures inspired by studios pioneering in animation from the early 20th century. His abstract figures poke fun at a perceived seriousness of the artist’s studio and lament a childhood freedom to explore and mimic the absurdity of an at times nonsensical world. The various pastel colors of pinks, greens, and blues, allude to the shifting abstract backgrounds of cartoon duck and rabbit rivalries and their often explosive outcomes.

The cartoon-like creations are a play on representations of the body depicted in a comical relief that display the human anatomy juxtaposed with internal organs and decorative designs. His work synthesizes Surrealist characteristics with pop culture, as body parts such as hands are overlaid with dreamlike images of animals and flowing fabrics adorned in playful colour schemes.

Ferguson’s paintings are often hung in a salon style to encourage viewers to move from painting to painting without restriction.

Where Have All the Good Times Gone