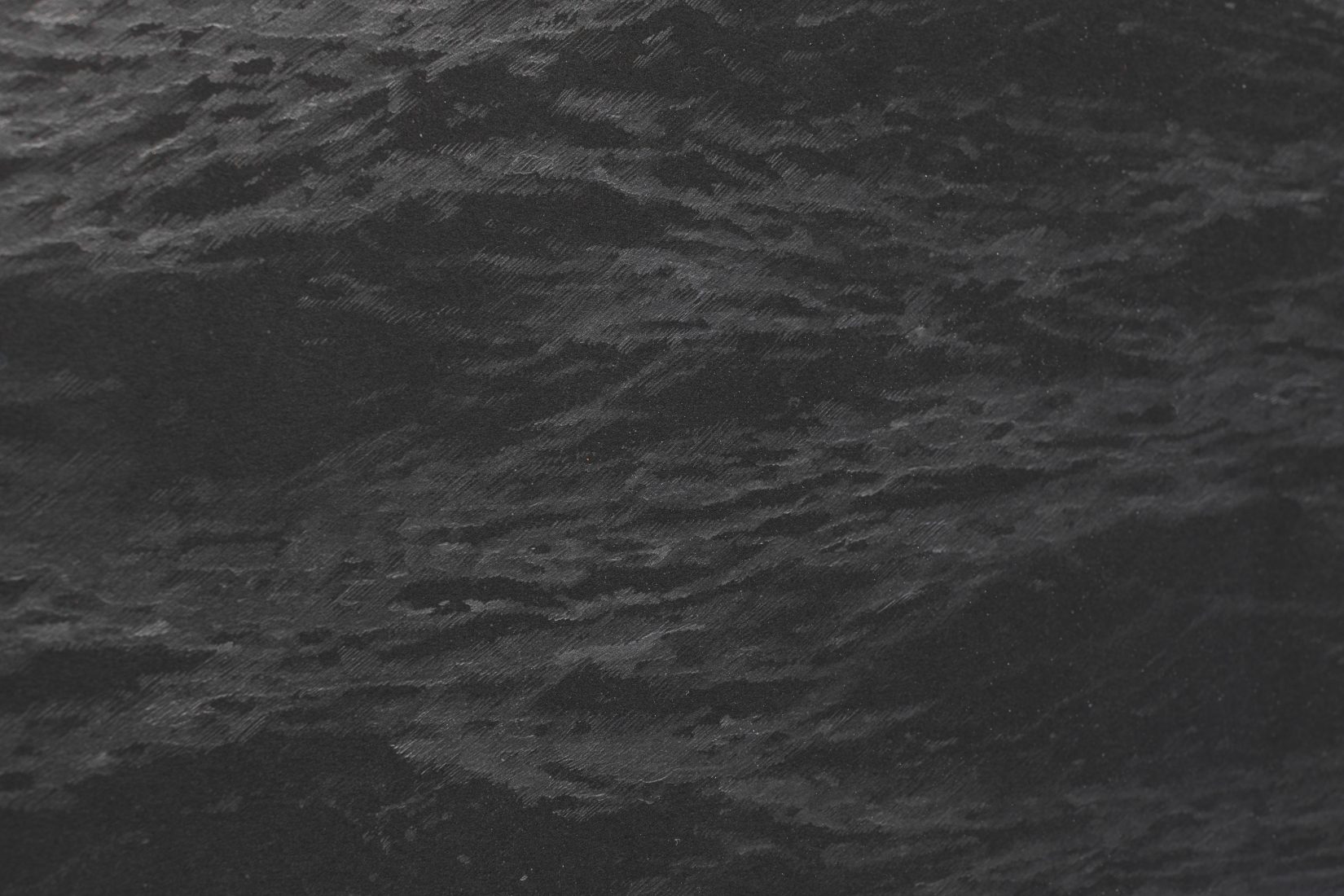 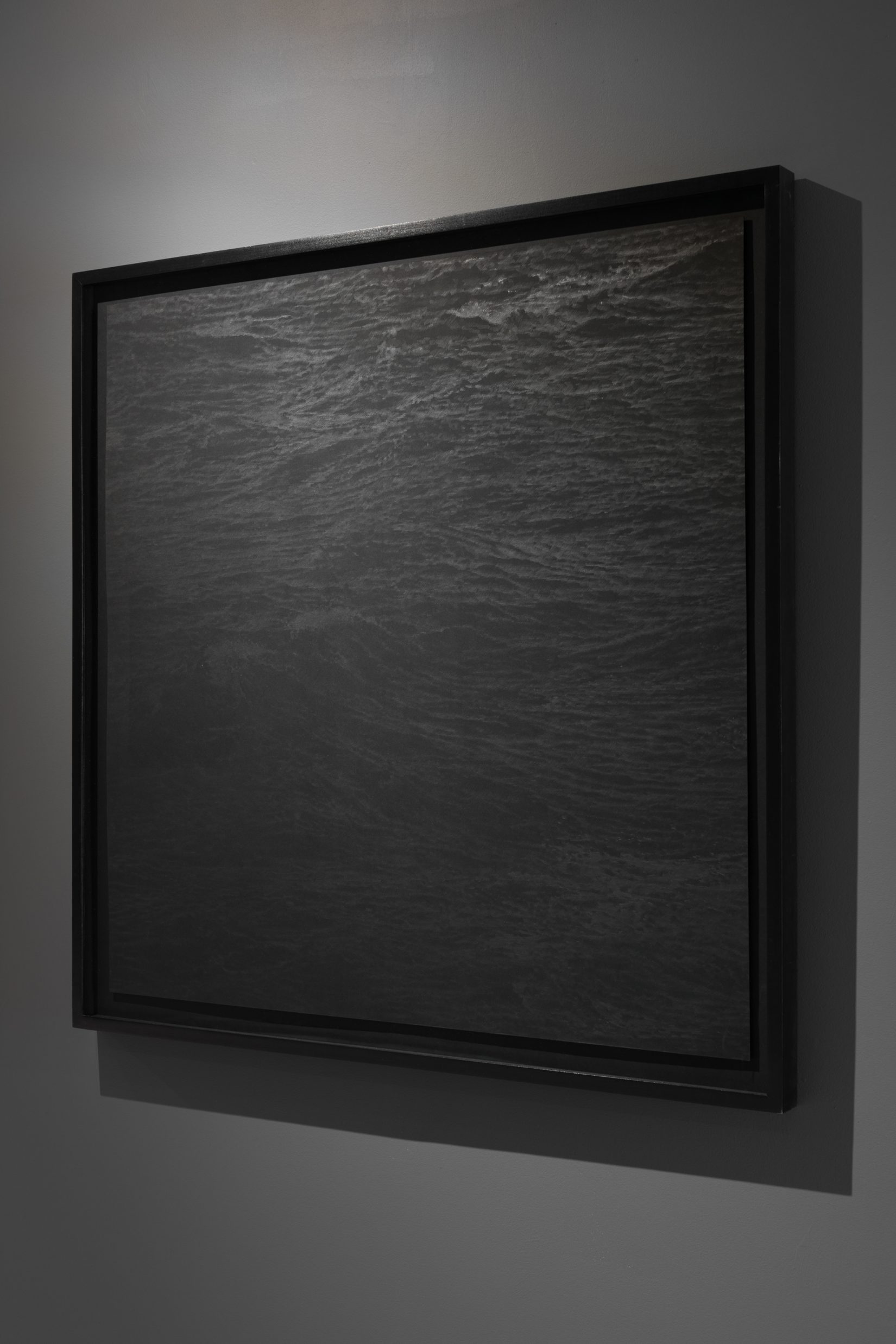 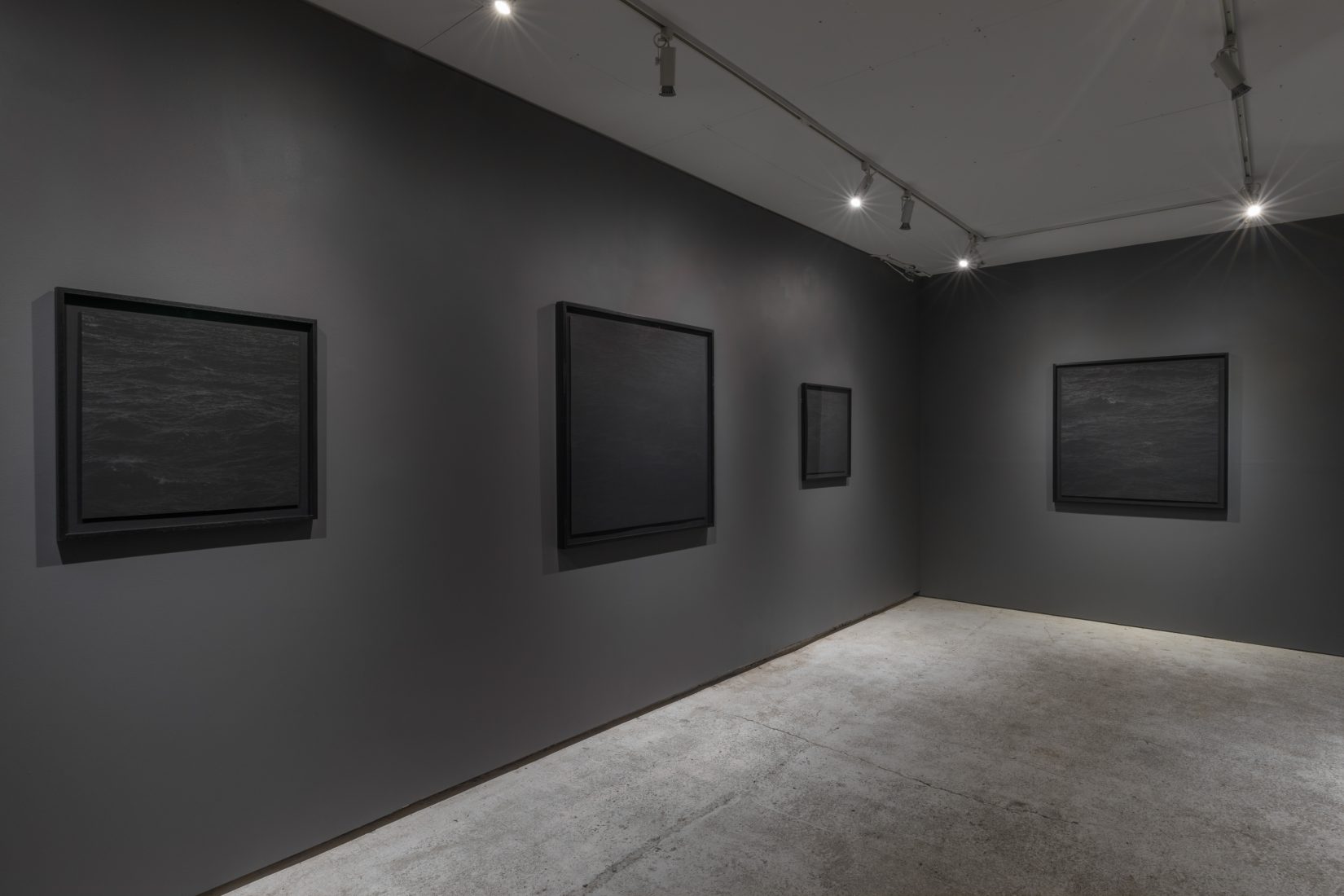 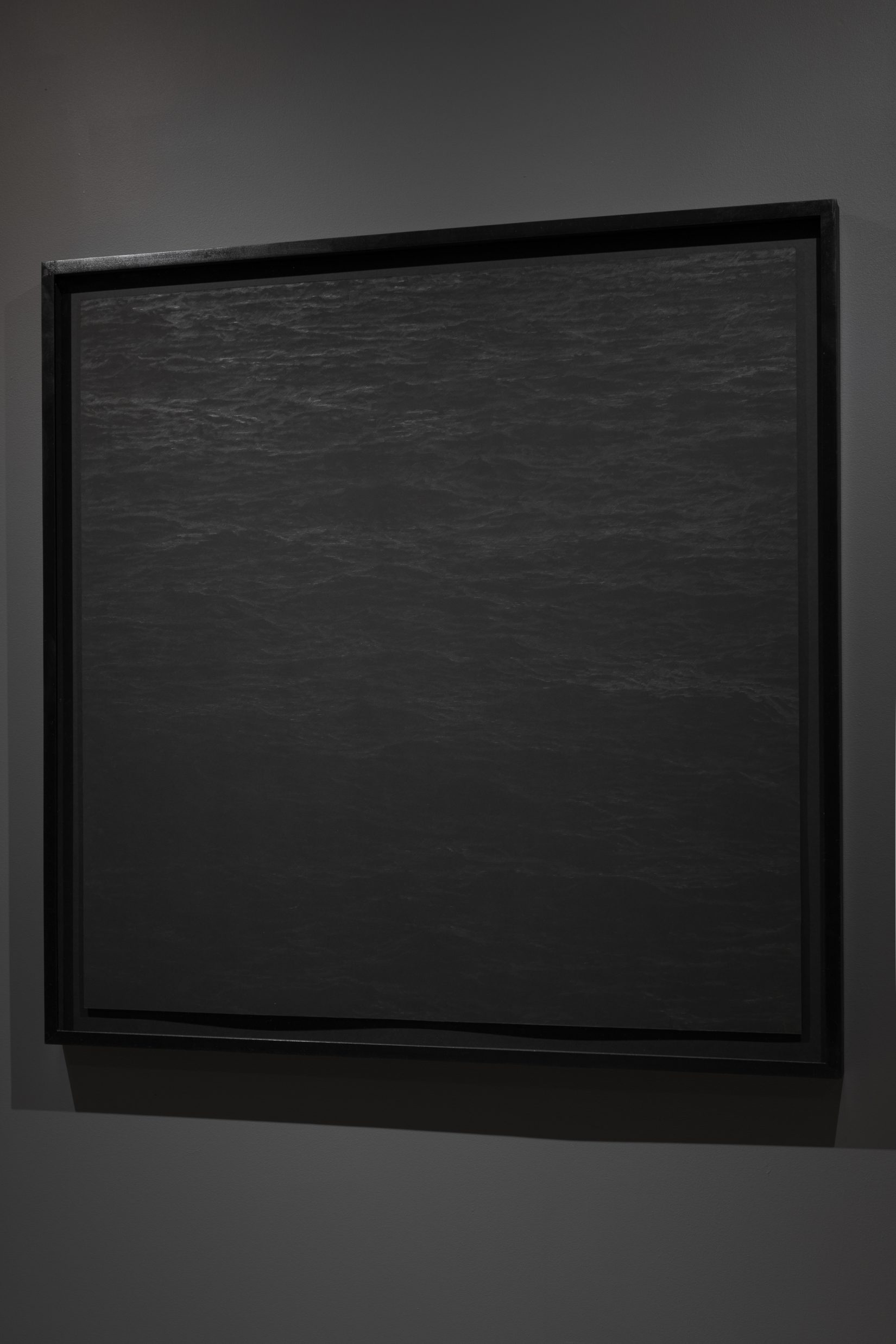 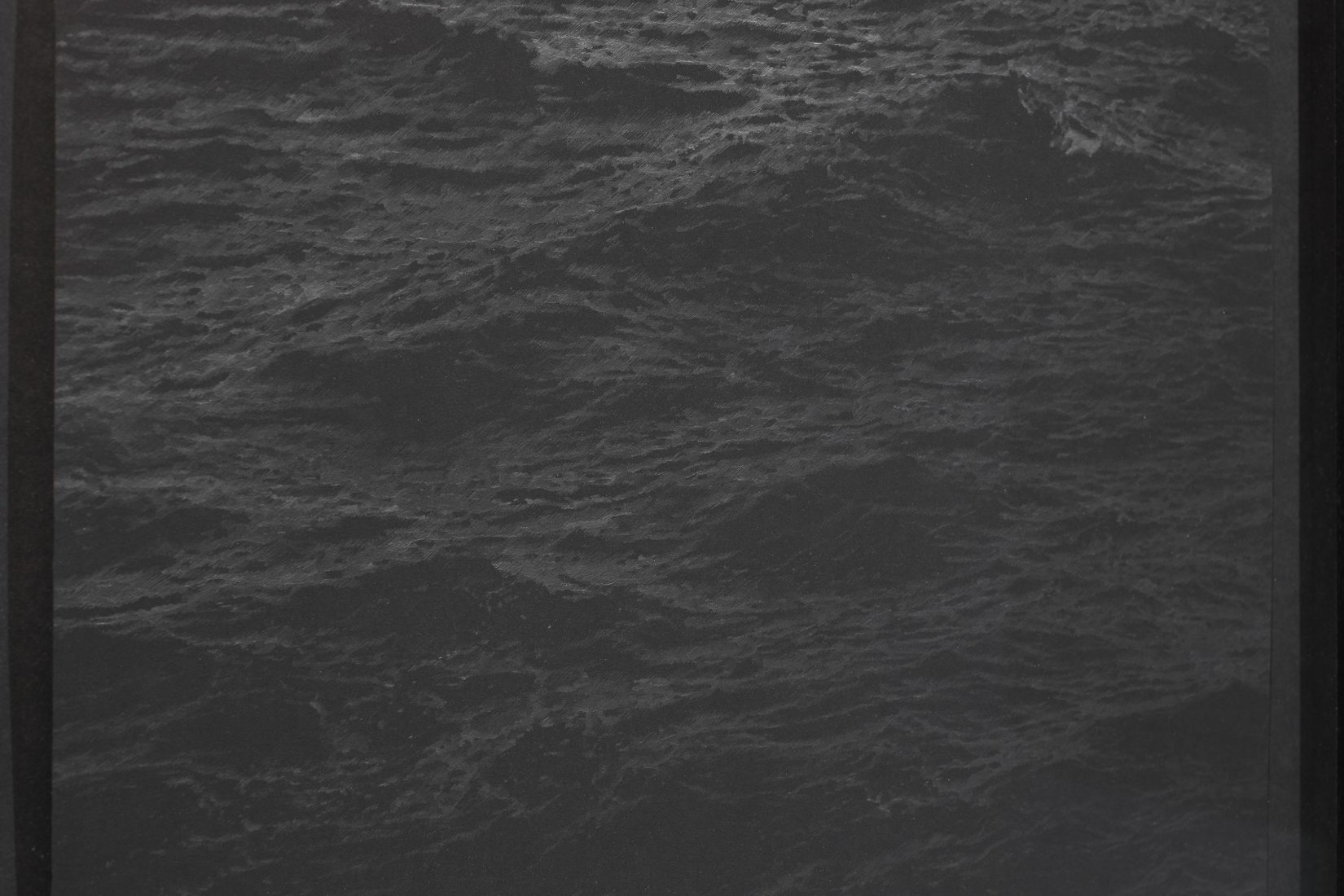 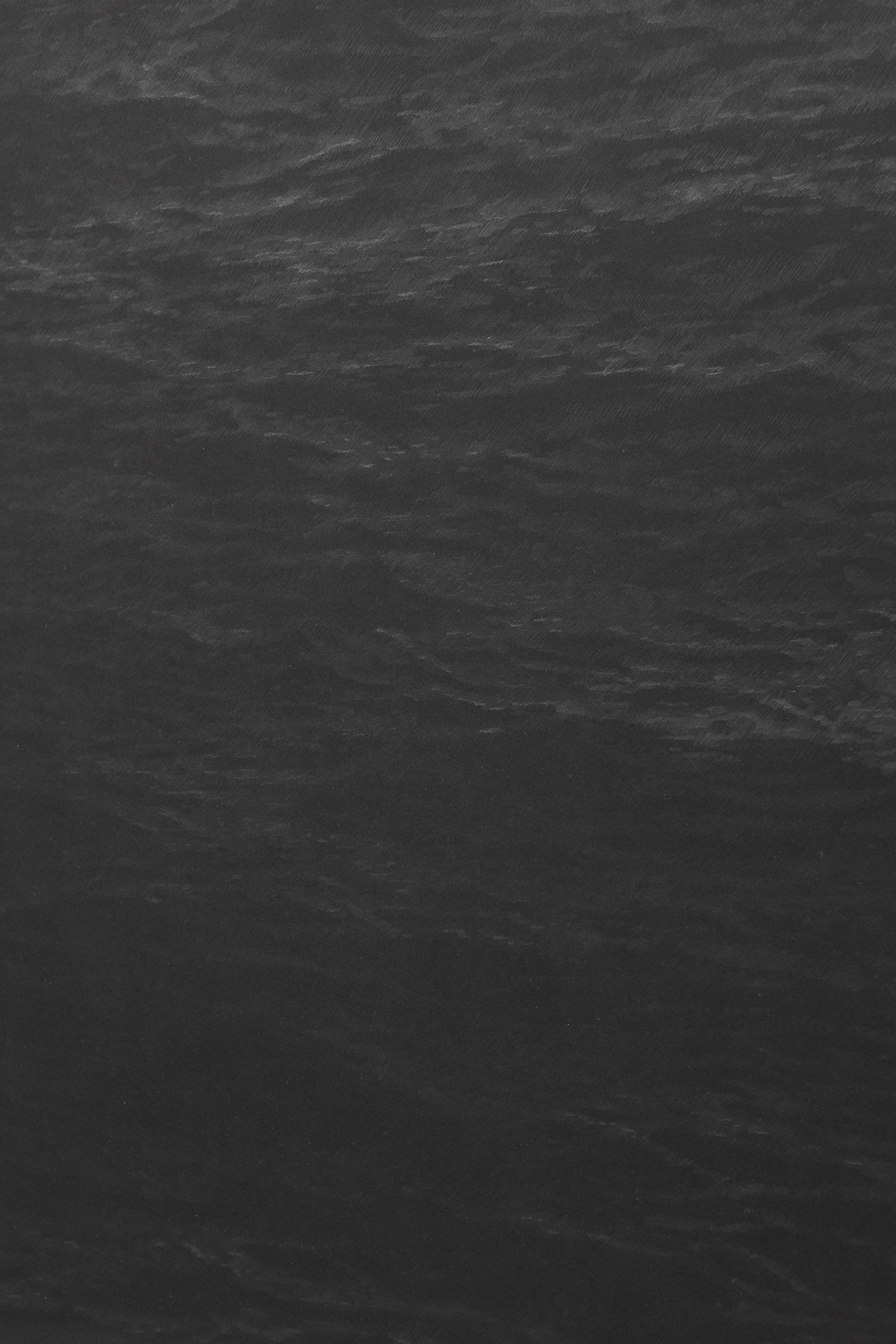 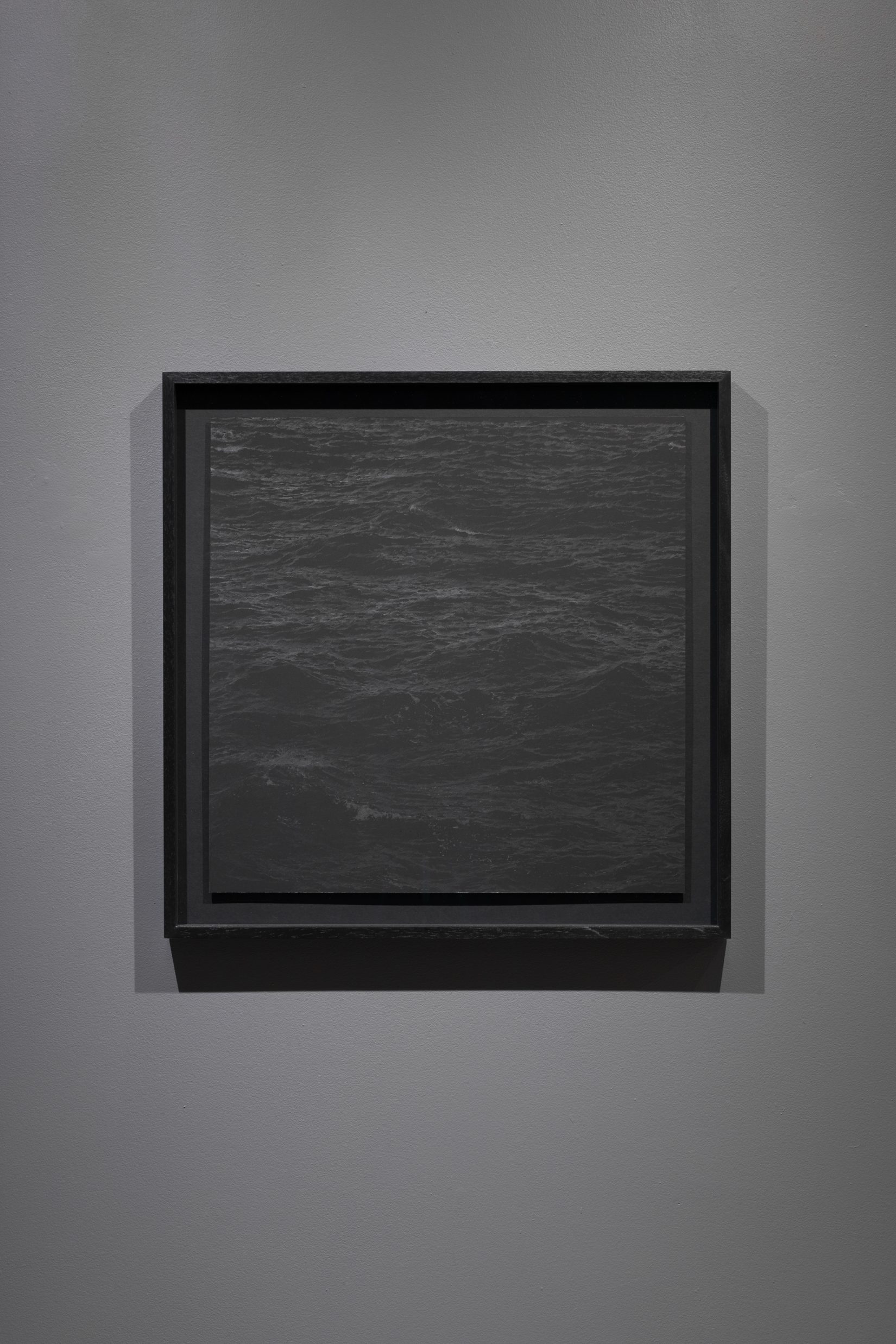 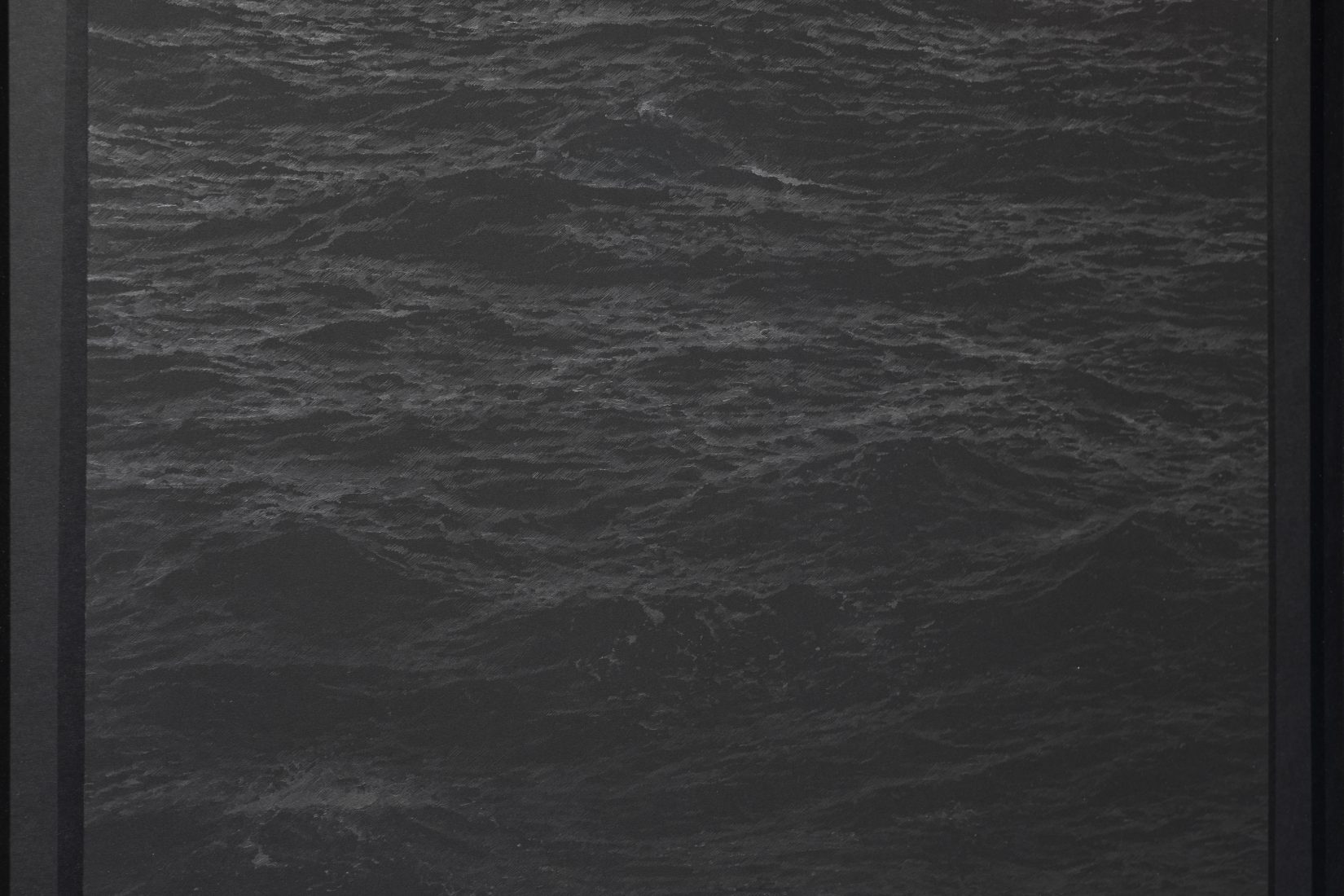 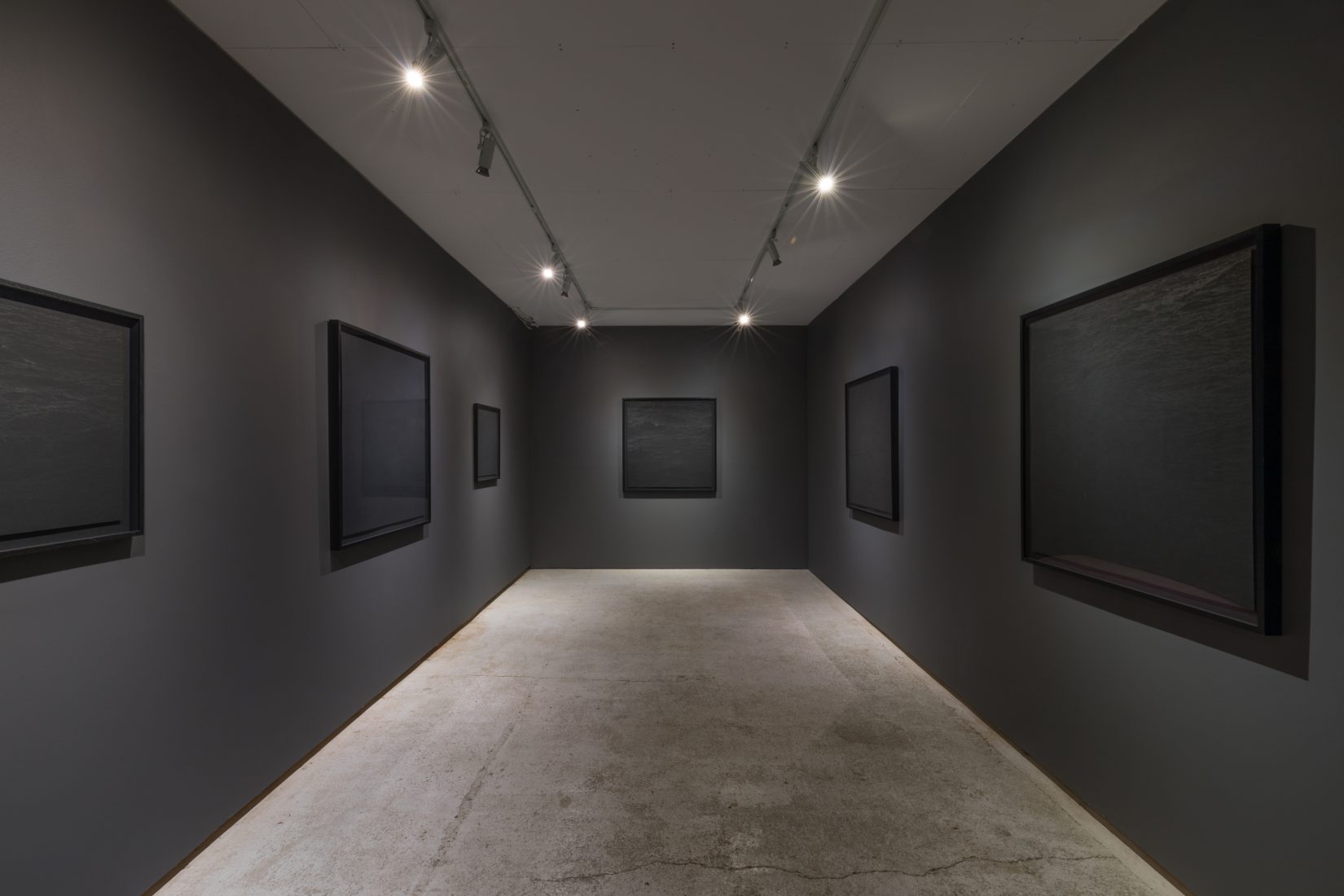 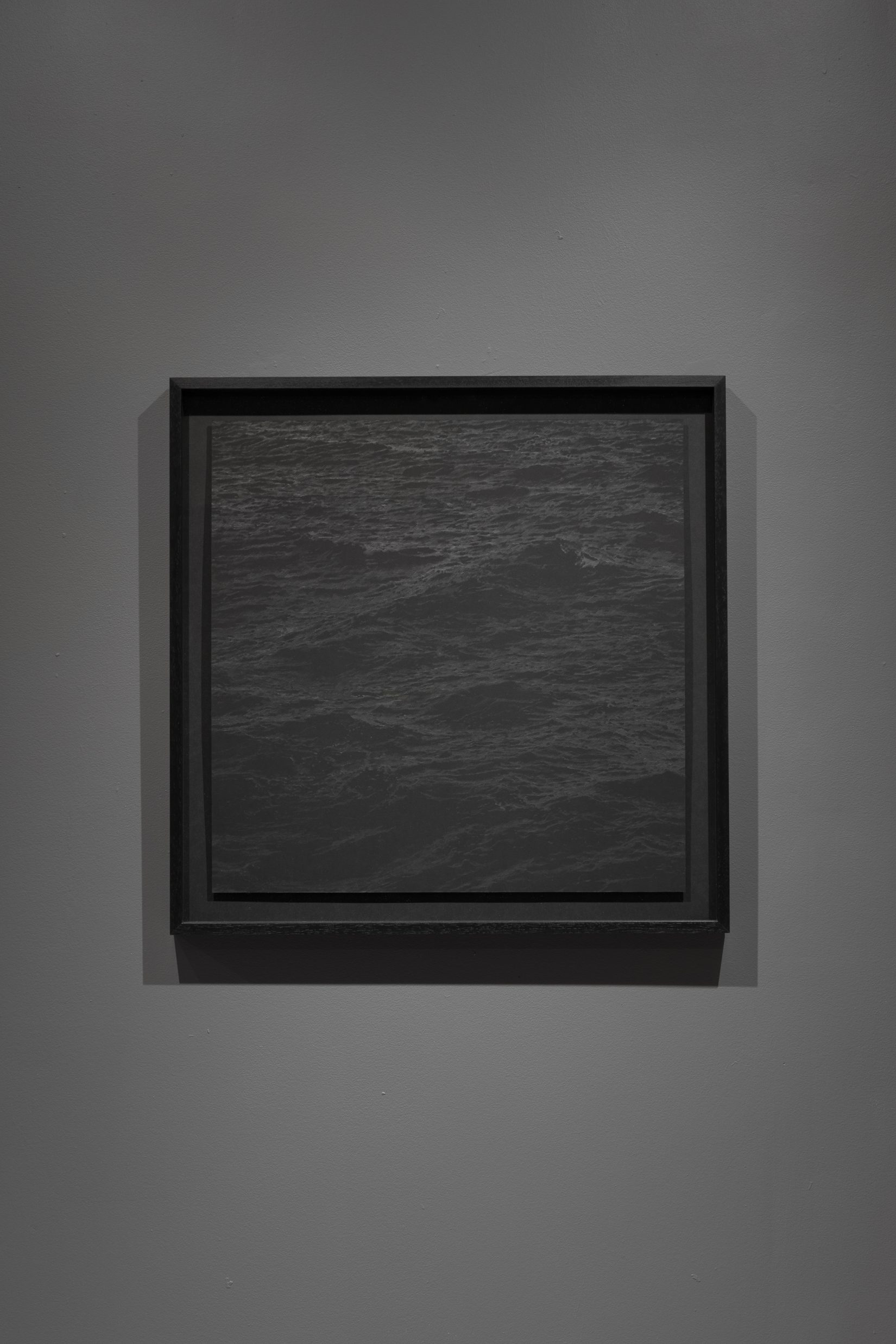 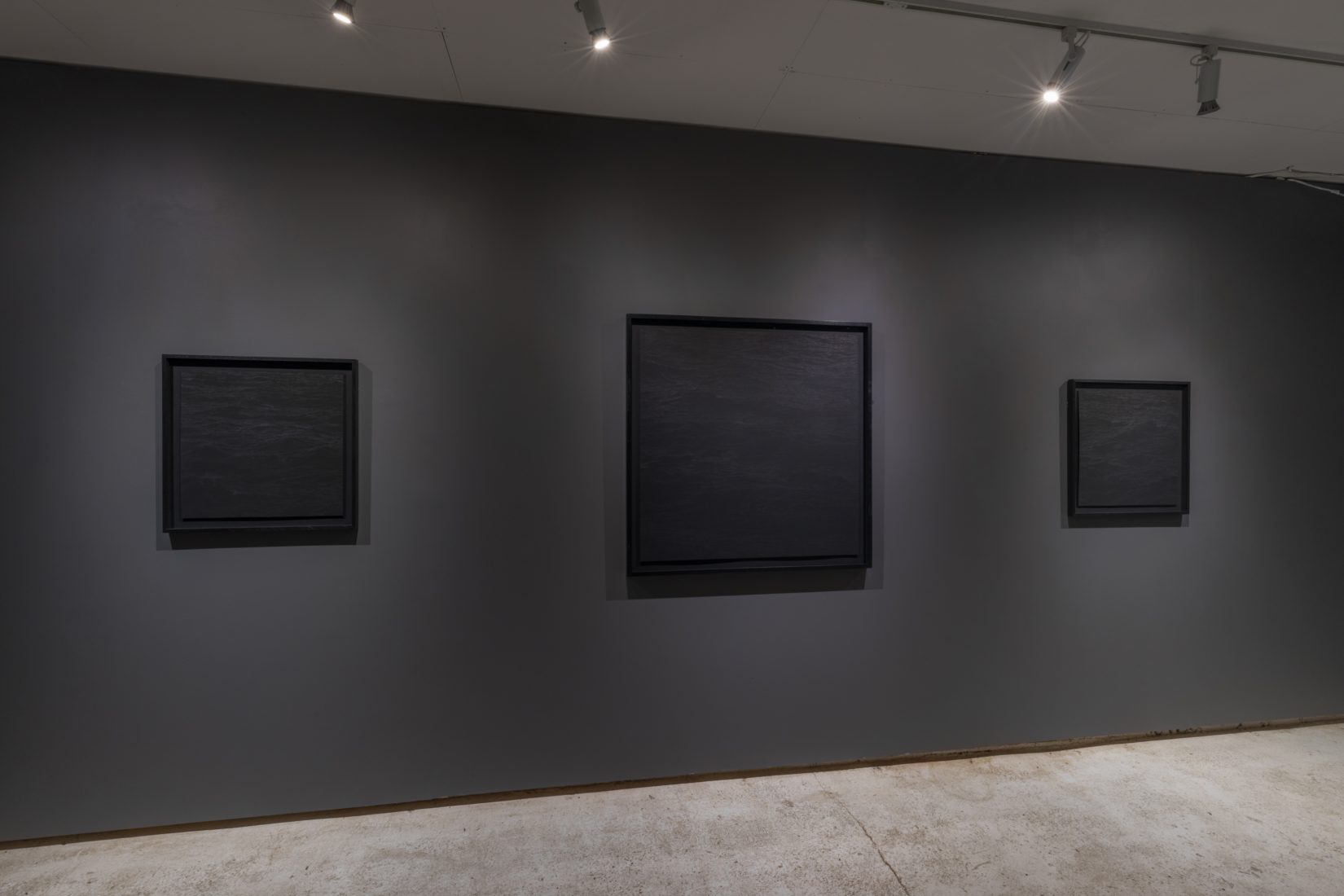 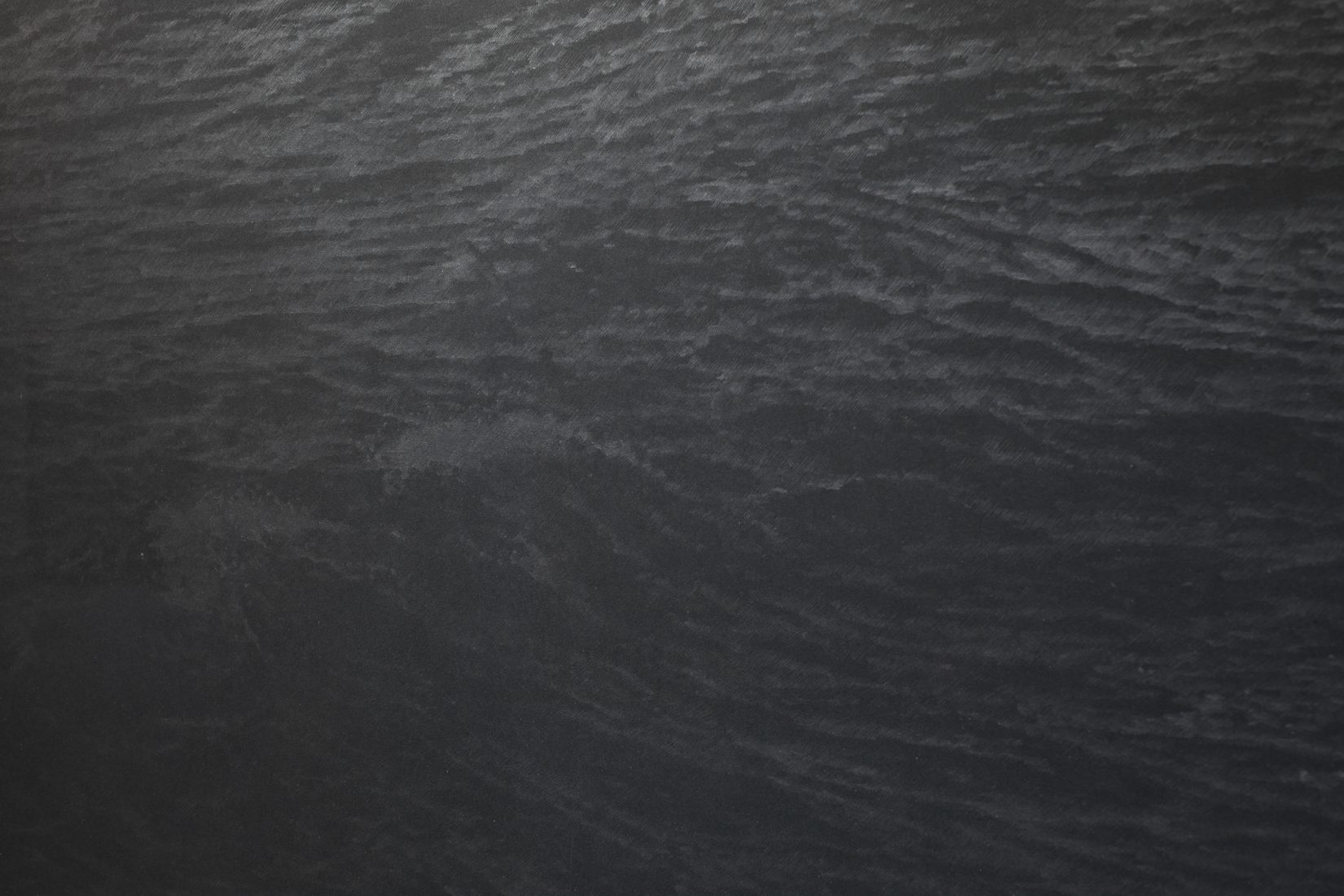 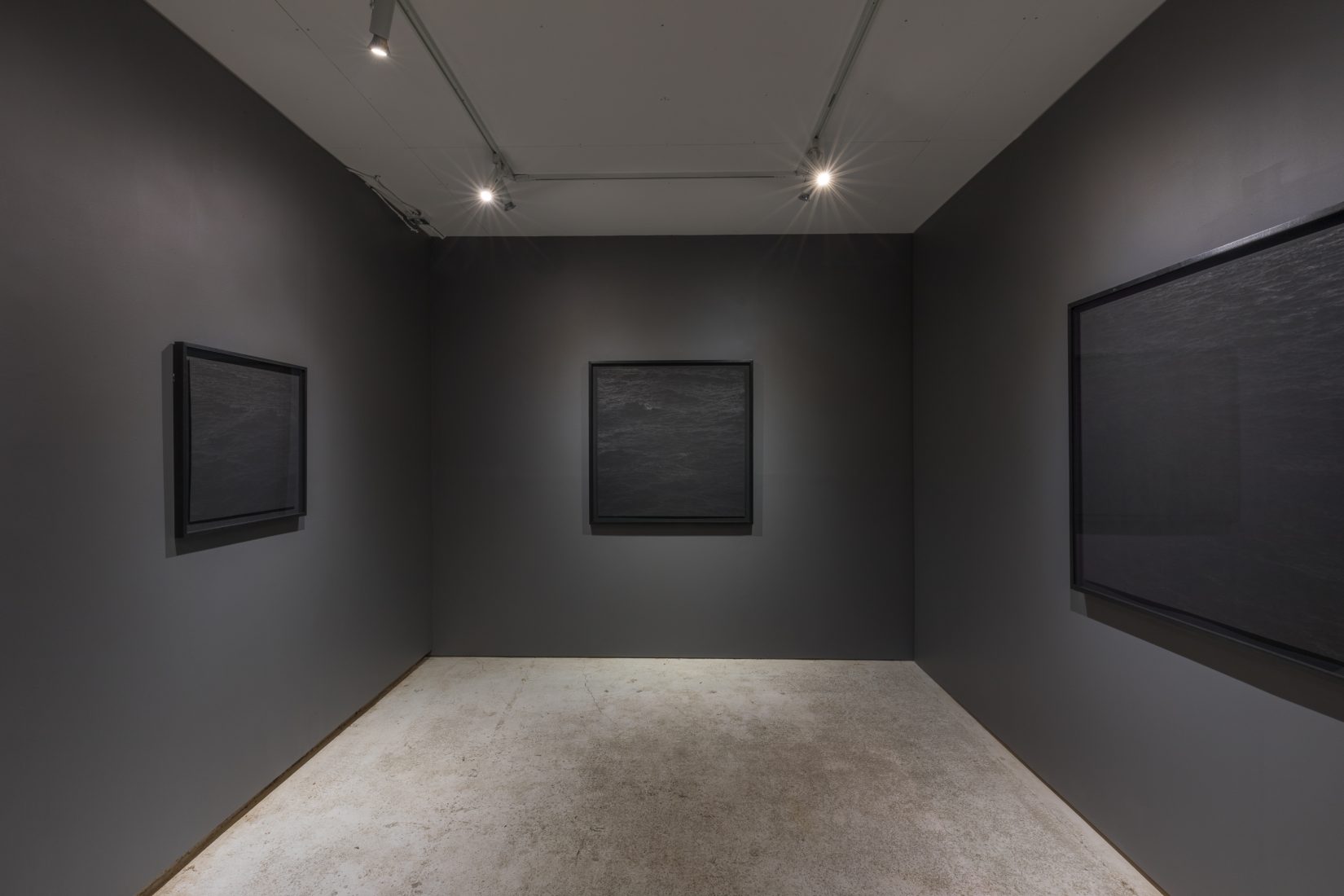 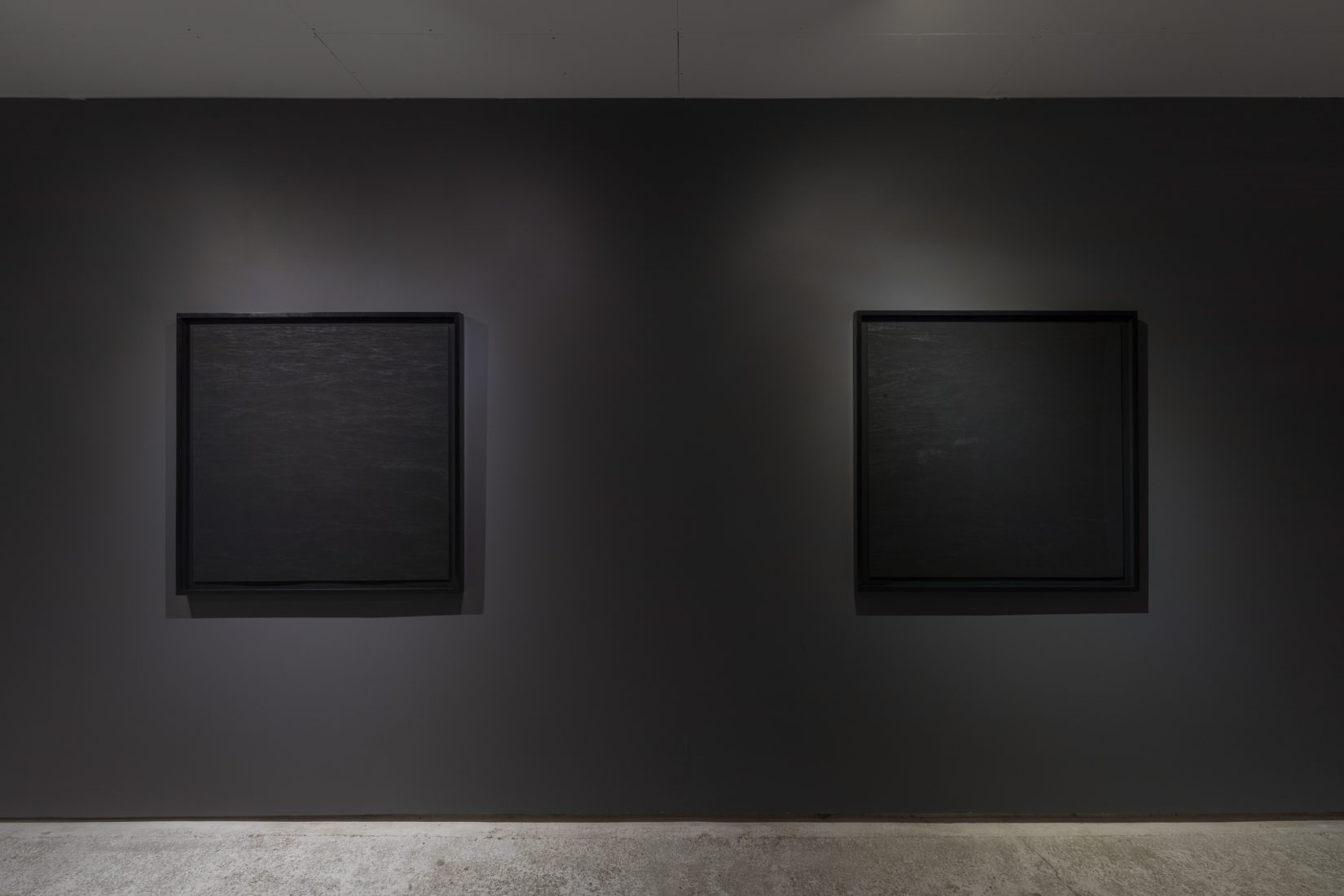 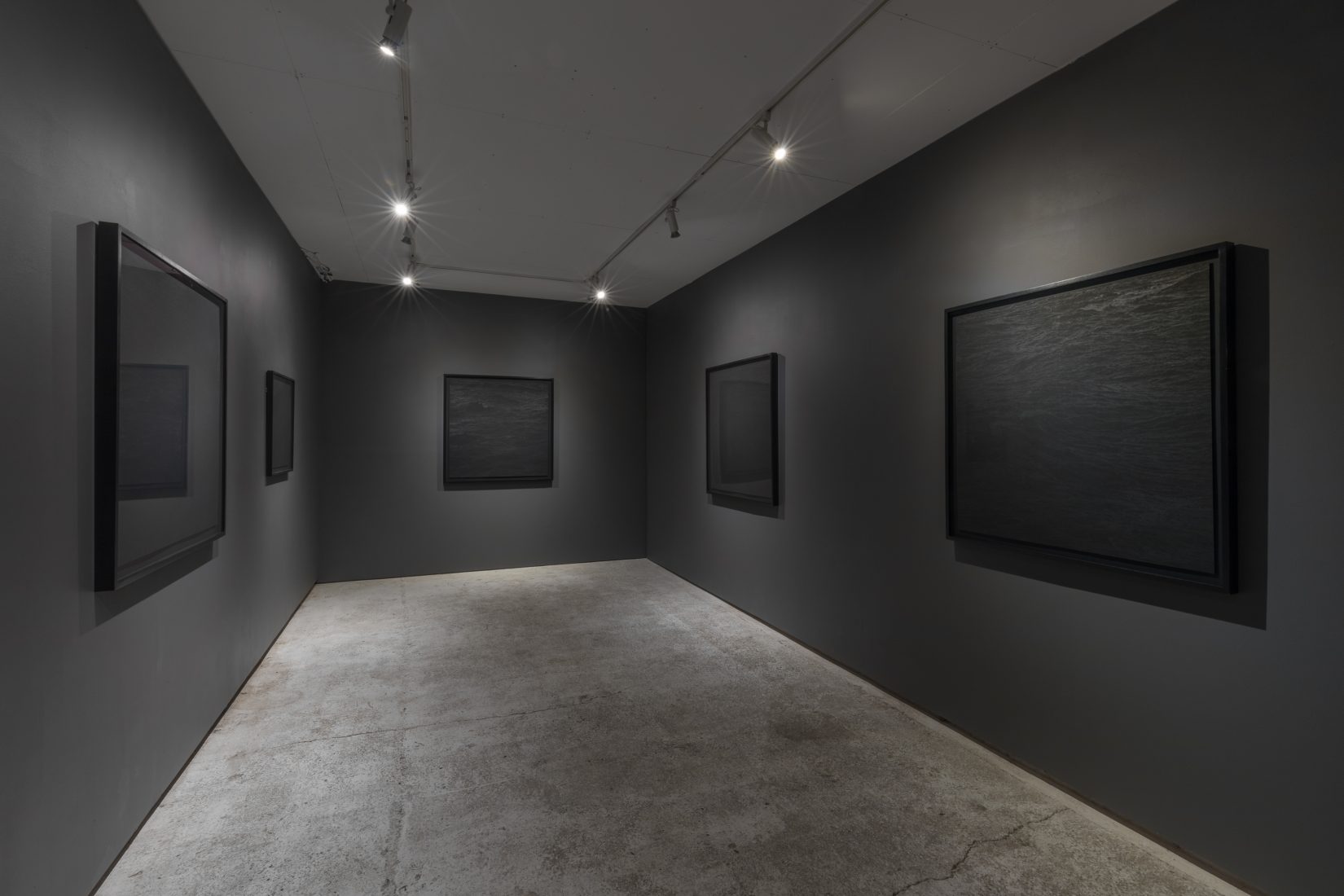 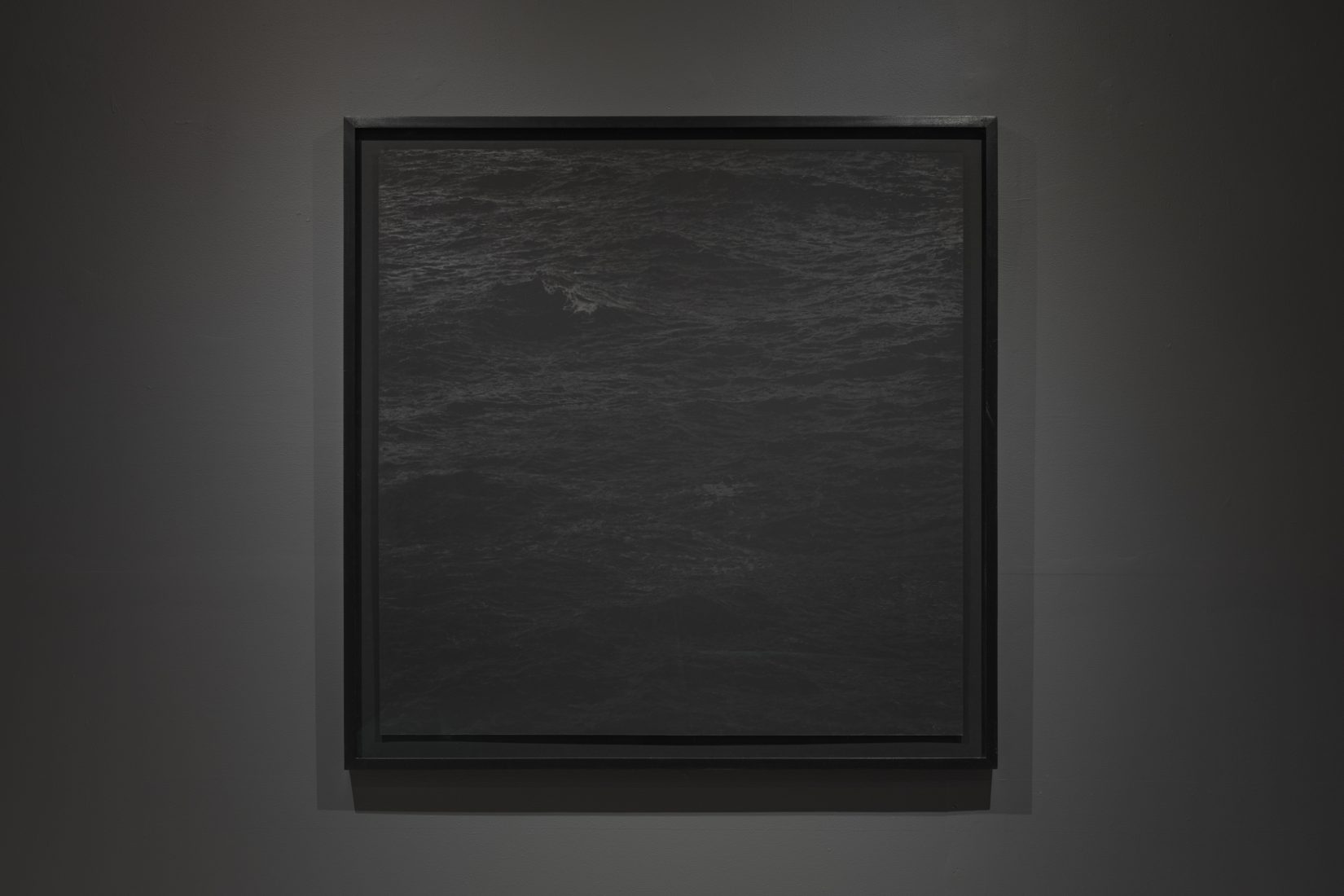 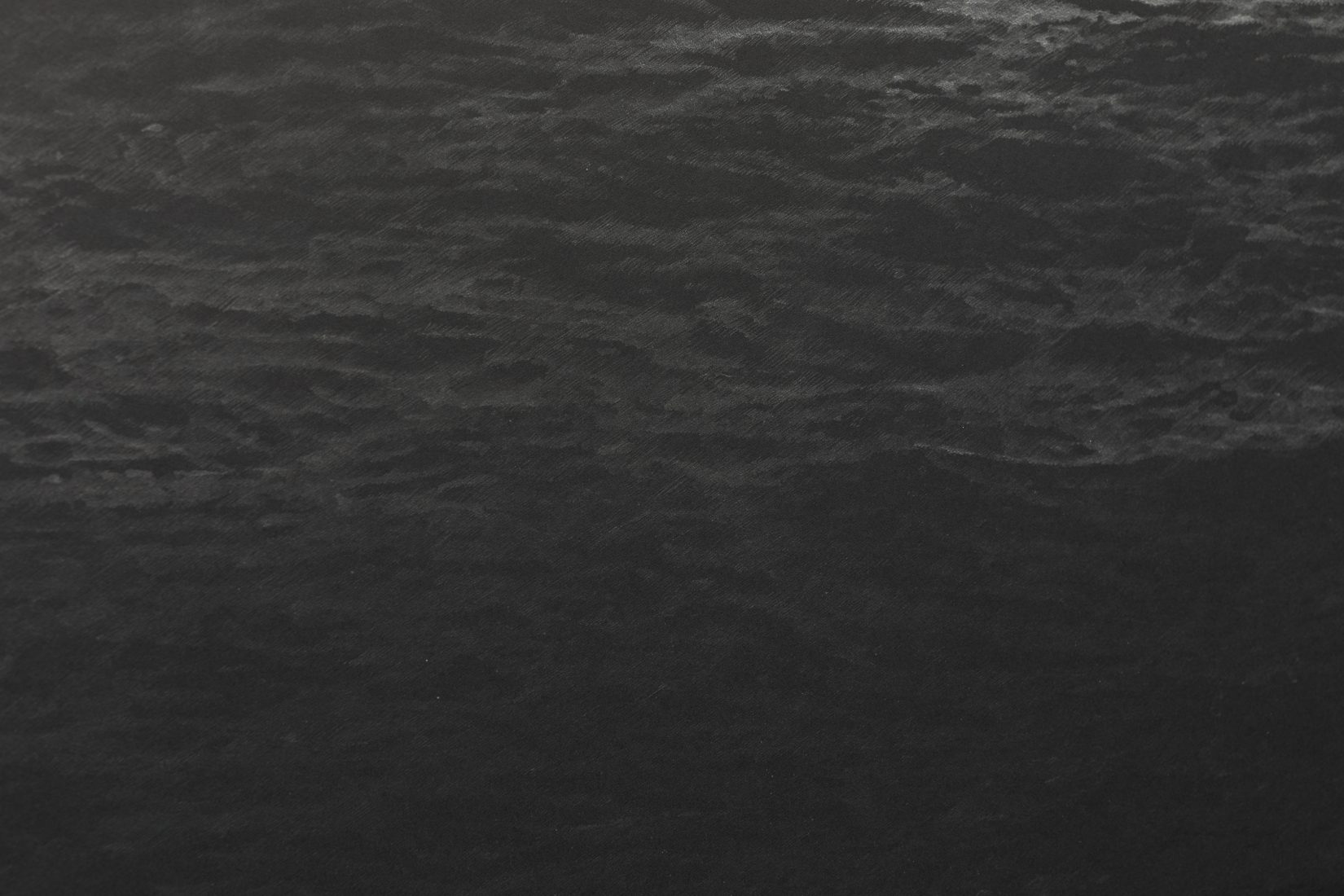 Epiphora, a clinical term, describes an uncontrolled flow of tears across the face. The suffix -phoria can refer to the visual axes of the eye, but also to an emotional state; euphoria, dysphoria. Like the portmanteau he has created to describe it, Andrew Kent’s new show at BAF Gallery evokes the fragility of both our inner worlds and the material one we inhabit.

Rendered in pencil on black paper, Kent’s painstakingly detailed seascapes flicker in and out of visibility as light catches on the reflective graphite surface. The viewer’s bobbing, back-and-forth motion that causes the image to appear and disappear is reminiscent of the ebb and flow of tidal waters, and the shifting mutability of perception itself.

While the works effortlessly capture the mercurial ocean surface, their simplicity is deceiving – Kent describes his process as being “like a serious joke that takes a while to get to the punchline.” By spending hours of careful work to capture a single moment, Kent both comments on the fleeting and unreliable nature of vision, and attempts to visually translate something intangible.

While Kent has worked in sculpture, video and painting, drawing retains a vital role in his practice, as he appreciates the intimate, immediate nature of works on paper. Kent’s laborious approach to and investment in his drawings can be found throughout his practice. His recent series Eureka transcribed the Edgar Allen Poe poem of the same name on canvas, superimposing the words on top of themselves again and again until a field of nearly solid darkness was created, flecked by spots of bare canvas in a manner reminiscent of the night sky. In Broke Punk, he created trompe-l’oeil watercolours that mimic the movement’s iconic ransom-note album covers. Epiphoria shares with these bodies of work the devotion of an intensive amount of creative labour to an ephemeral subject. This exhibition invites close contemplation, raising questions about perception, transience, and materiality.