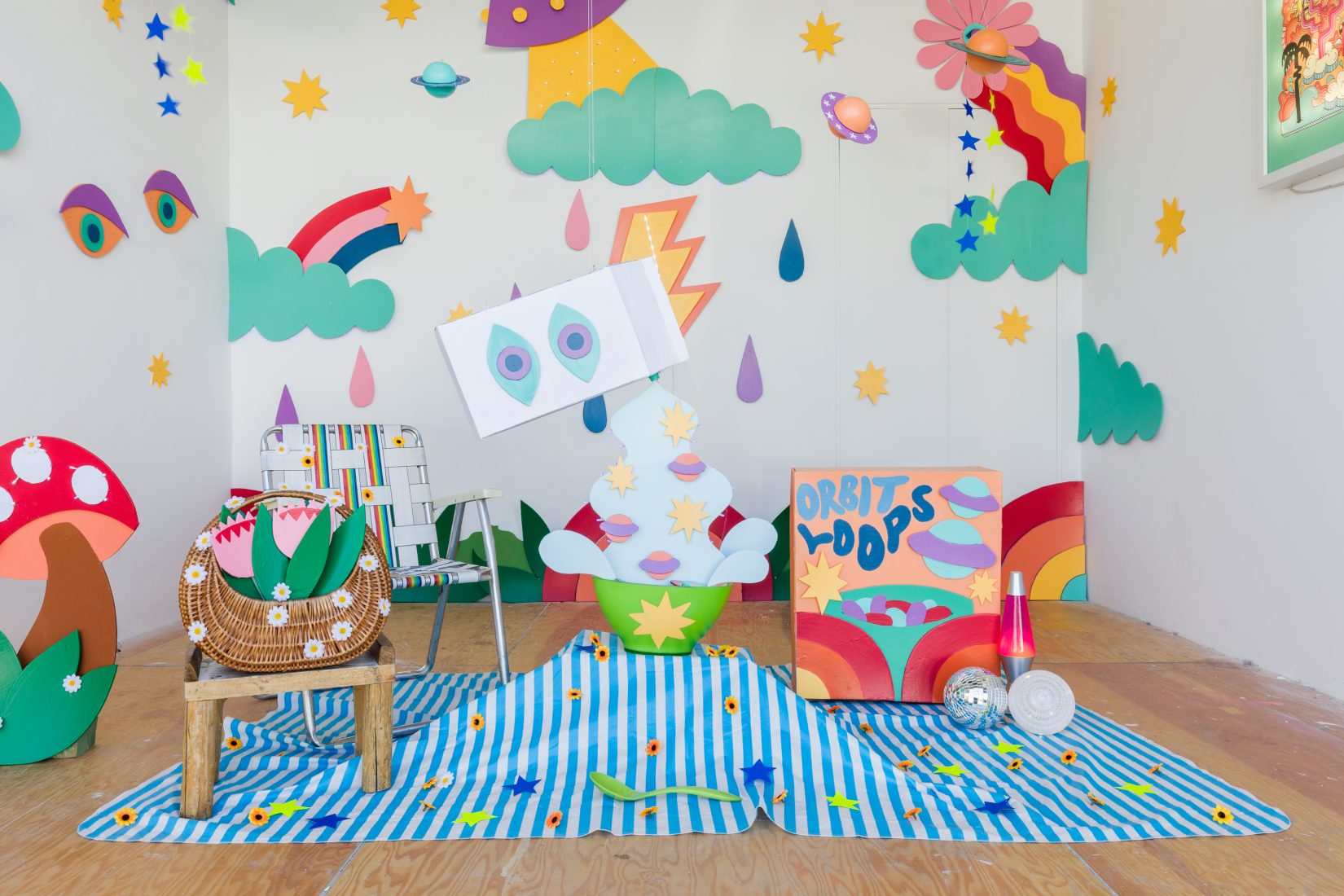 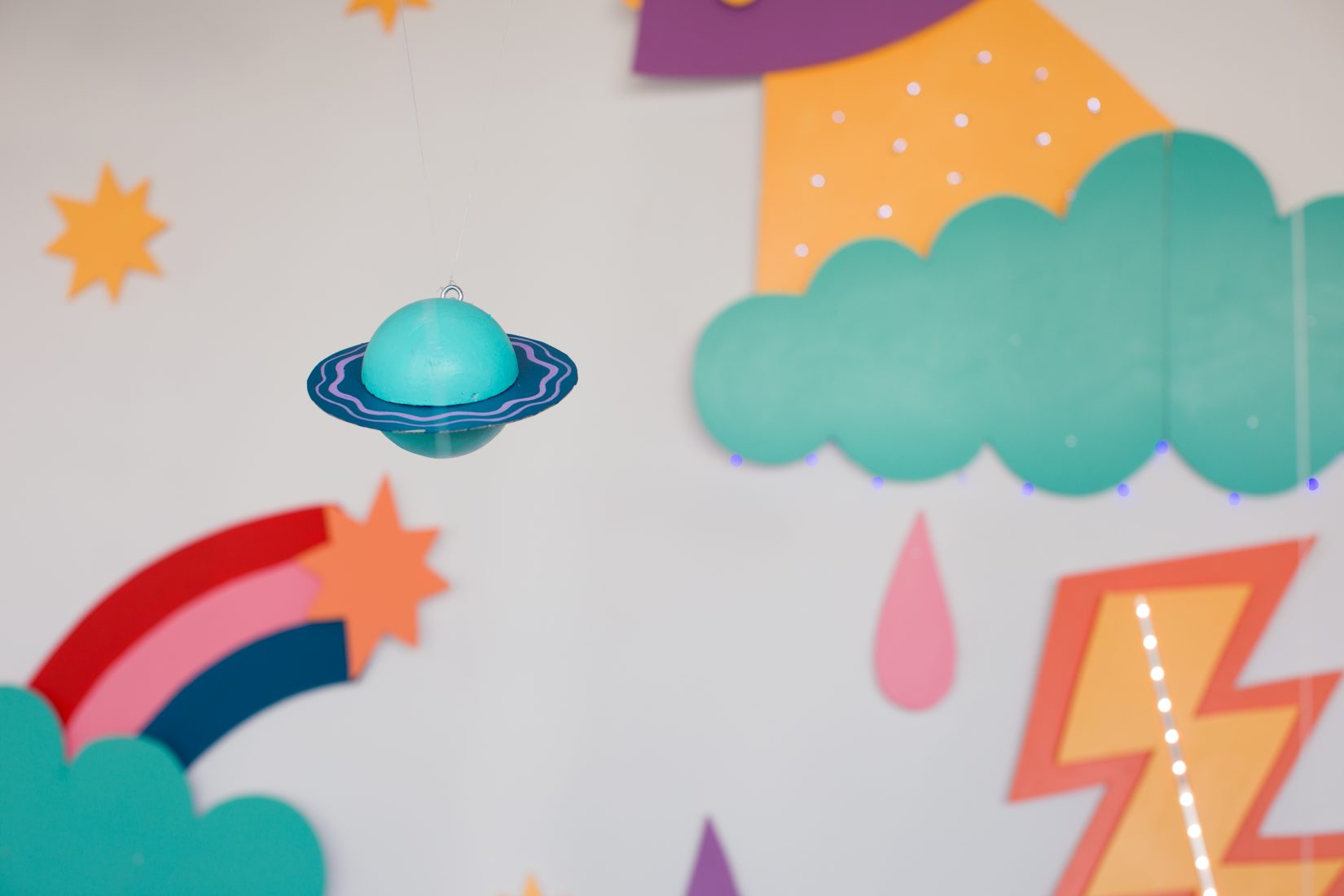 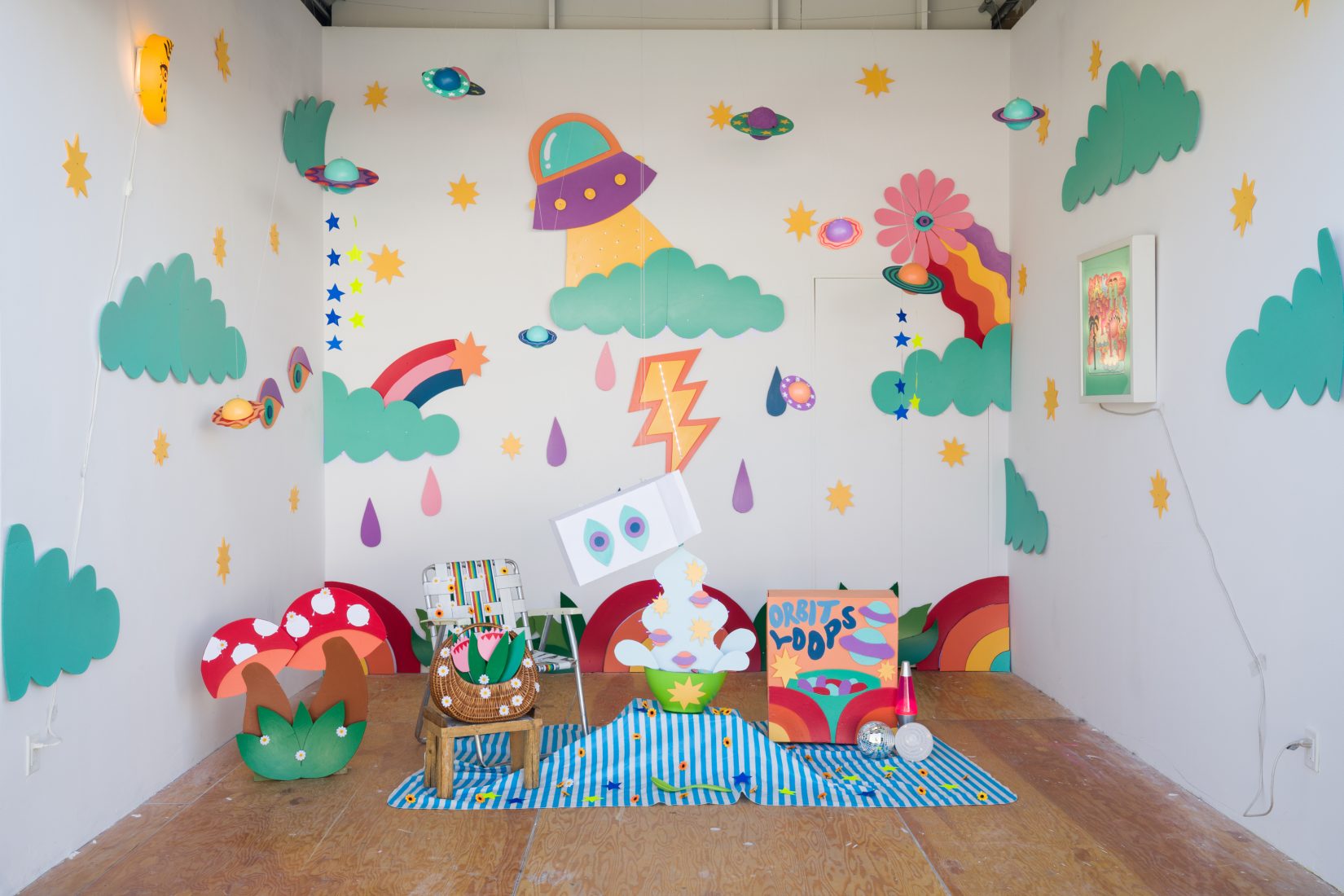 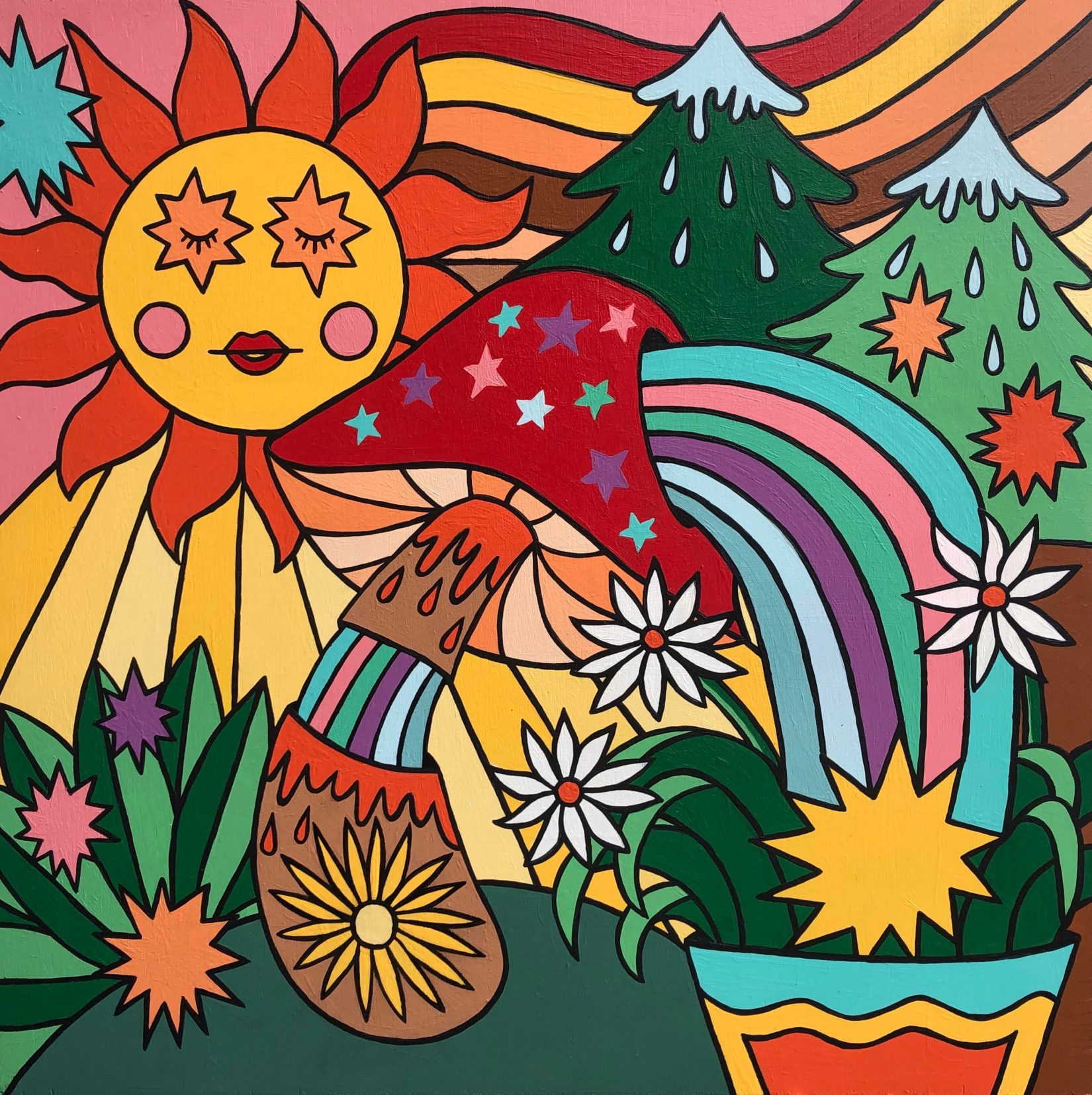 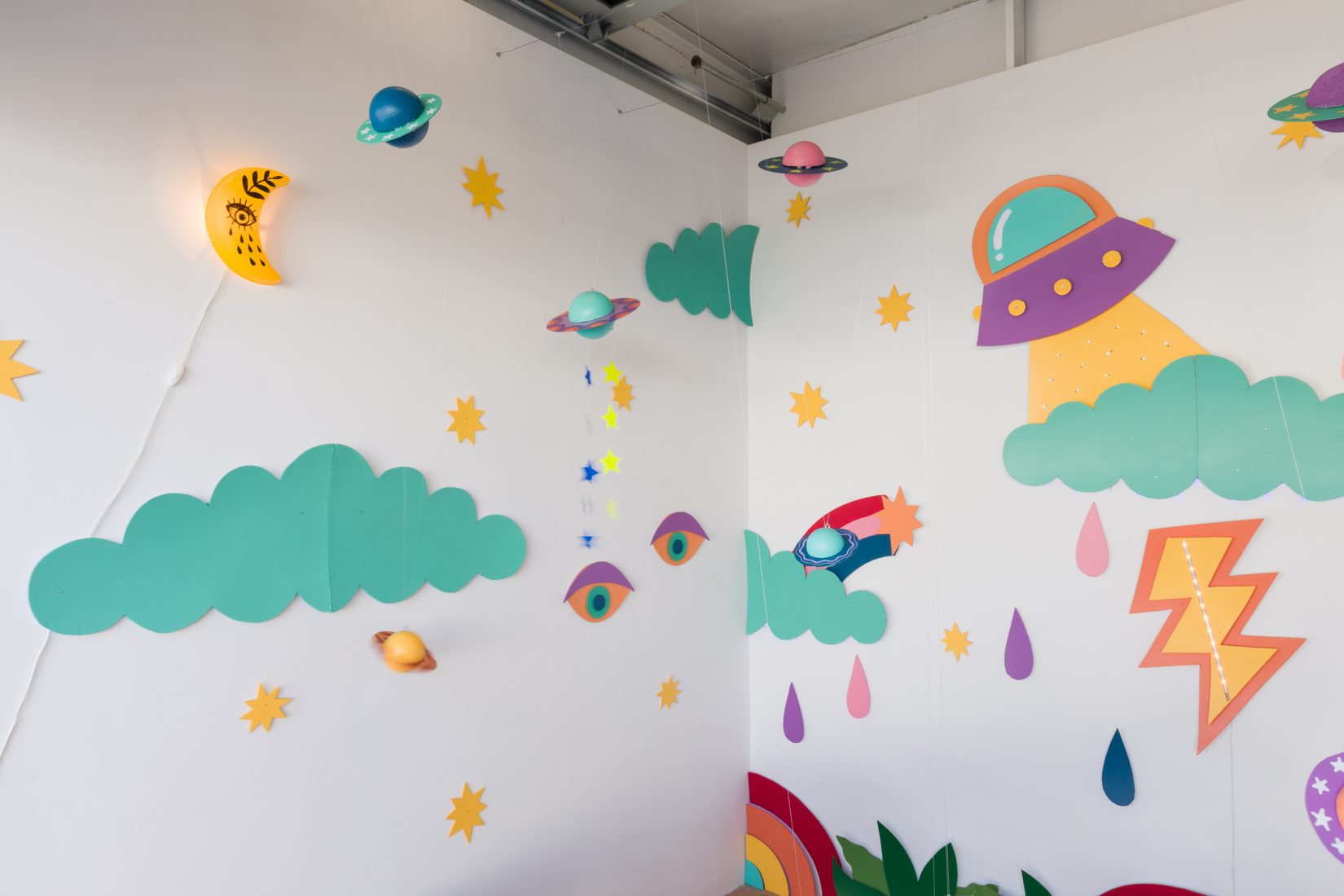 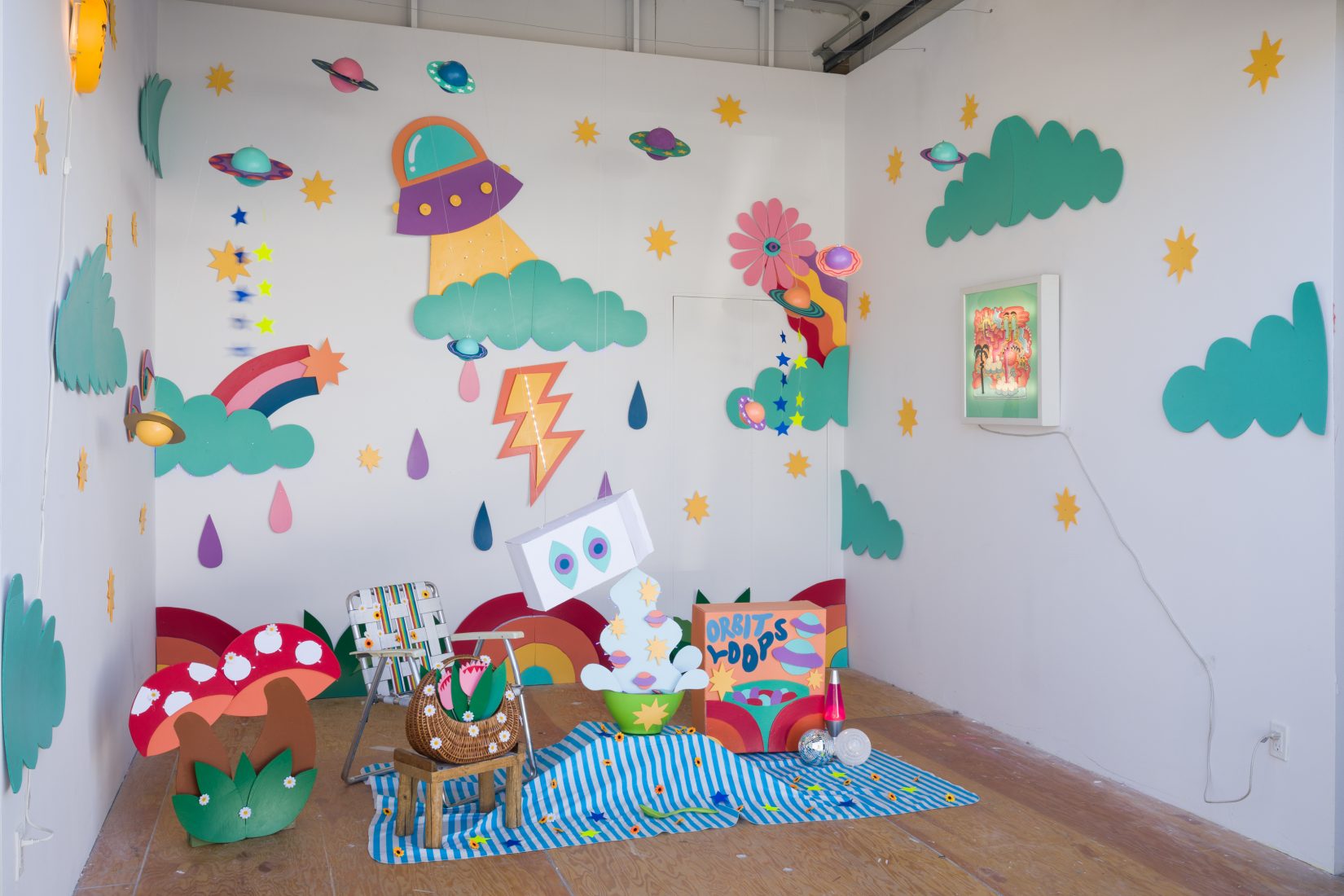 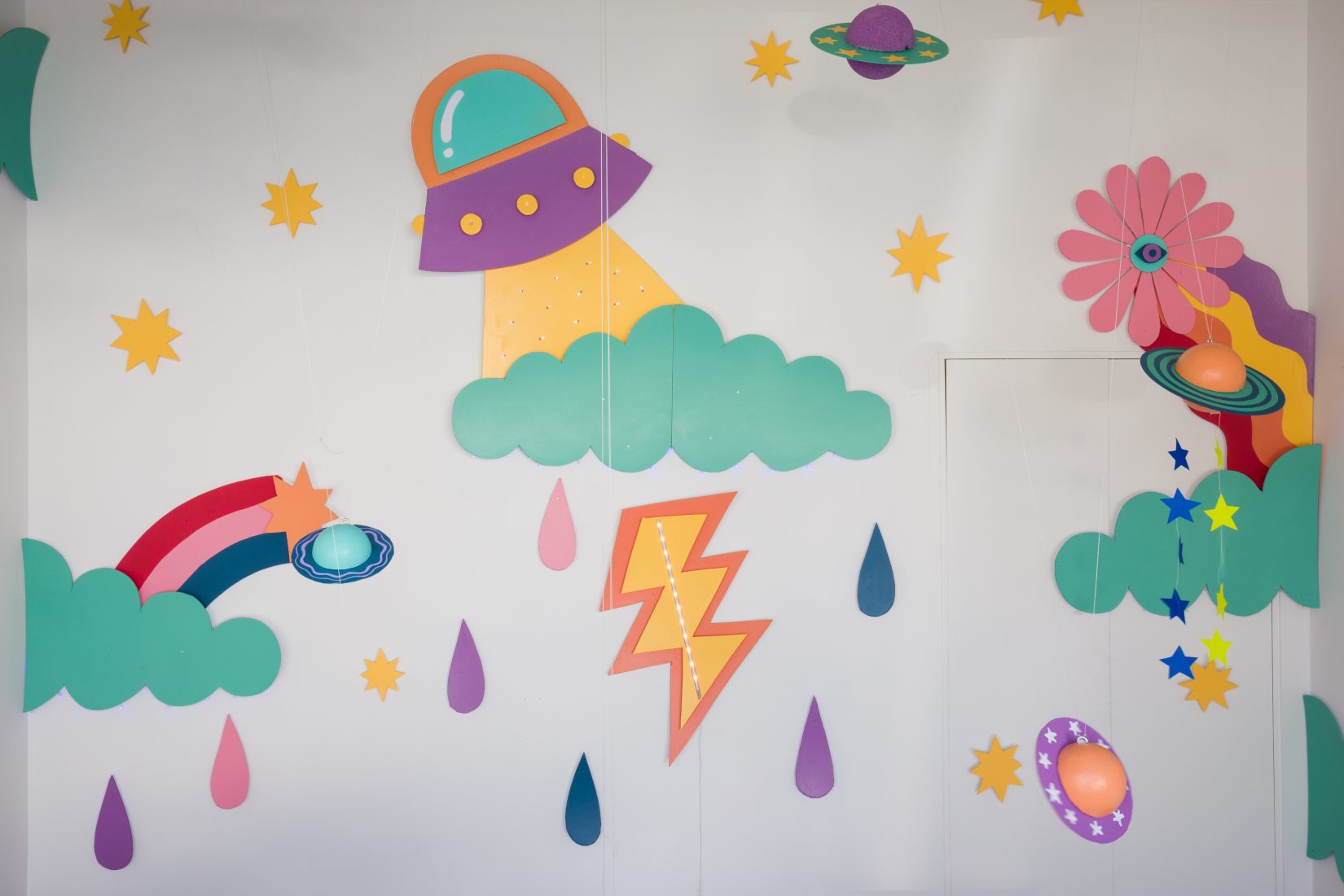 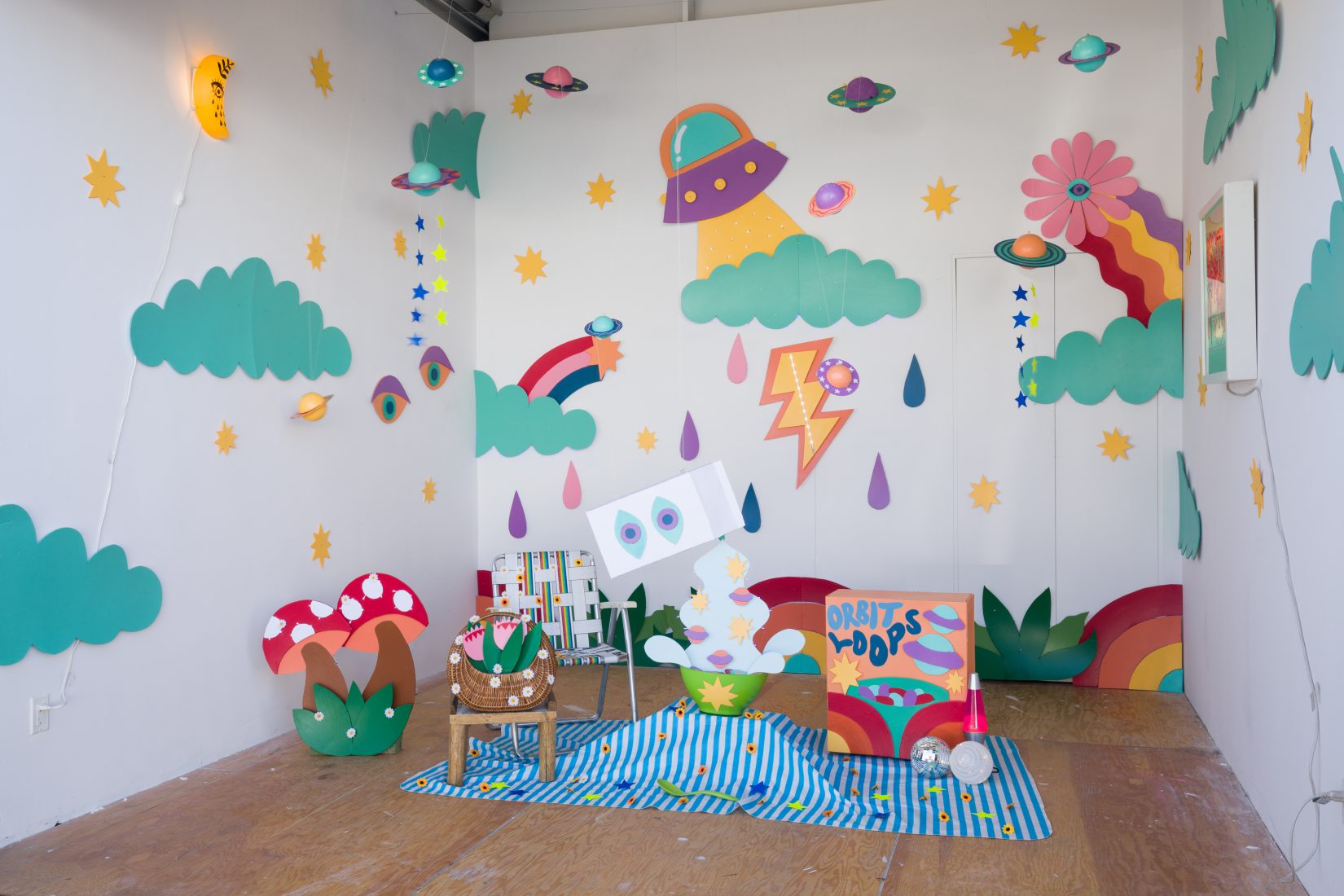 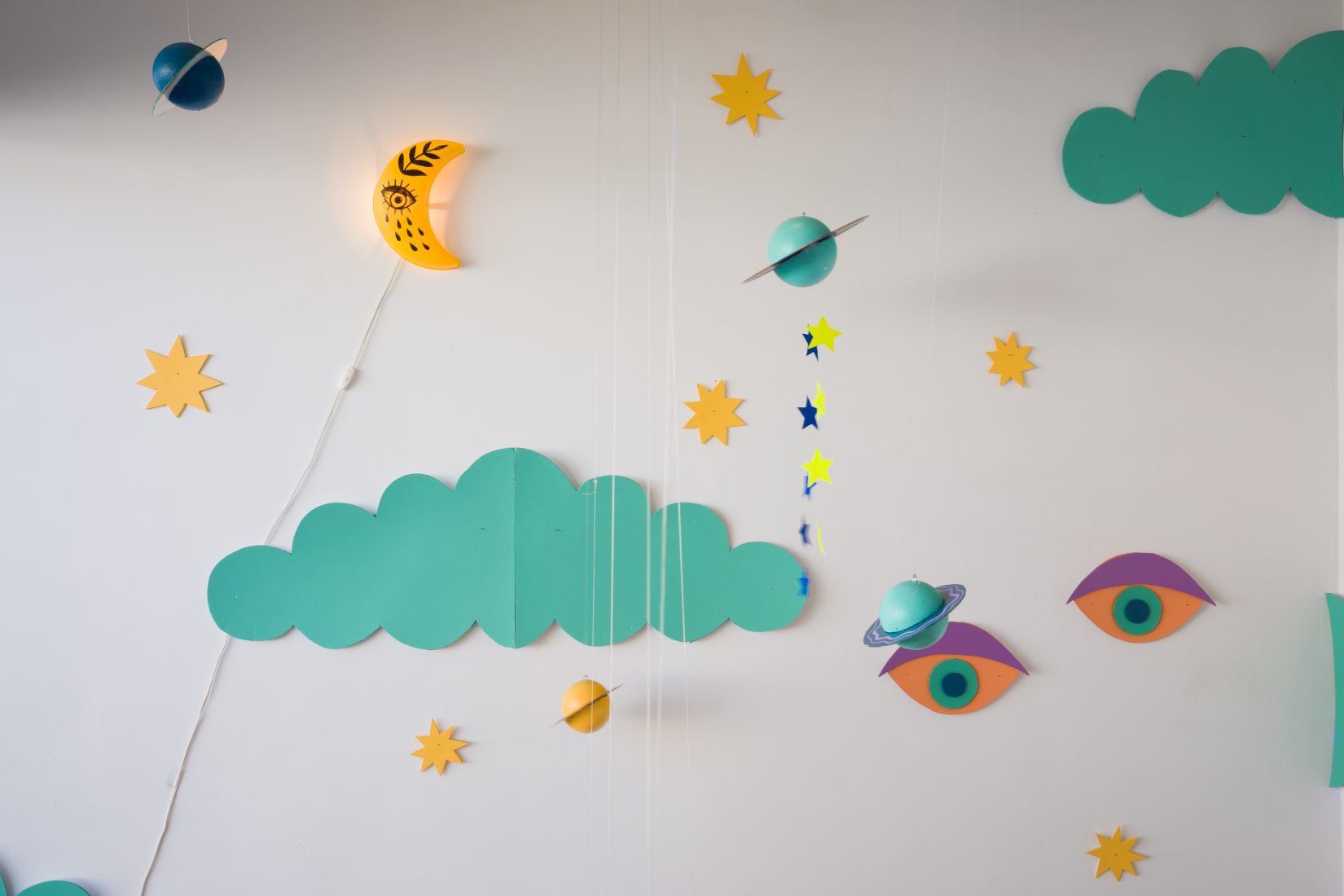 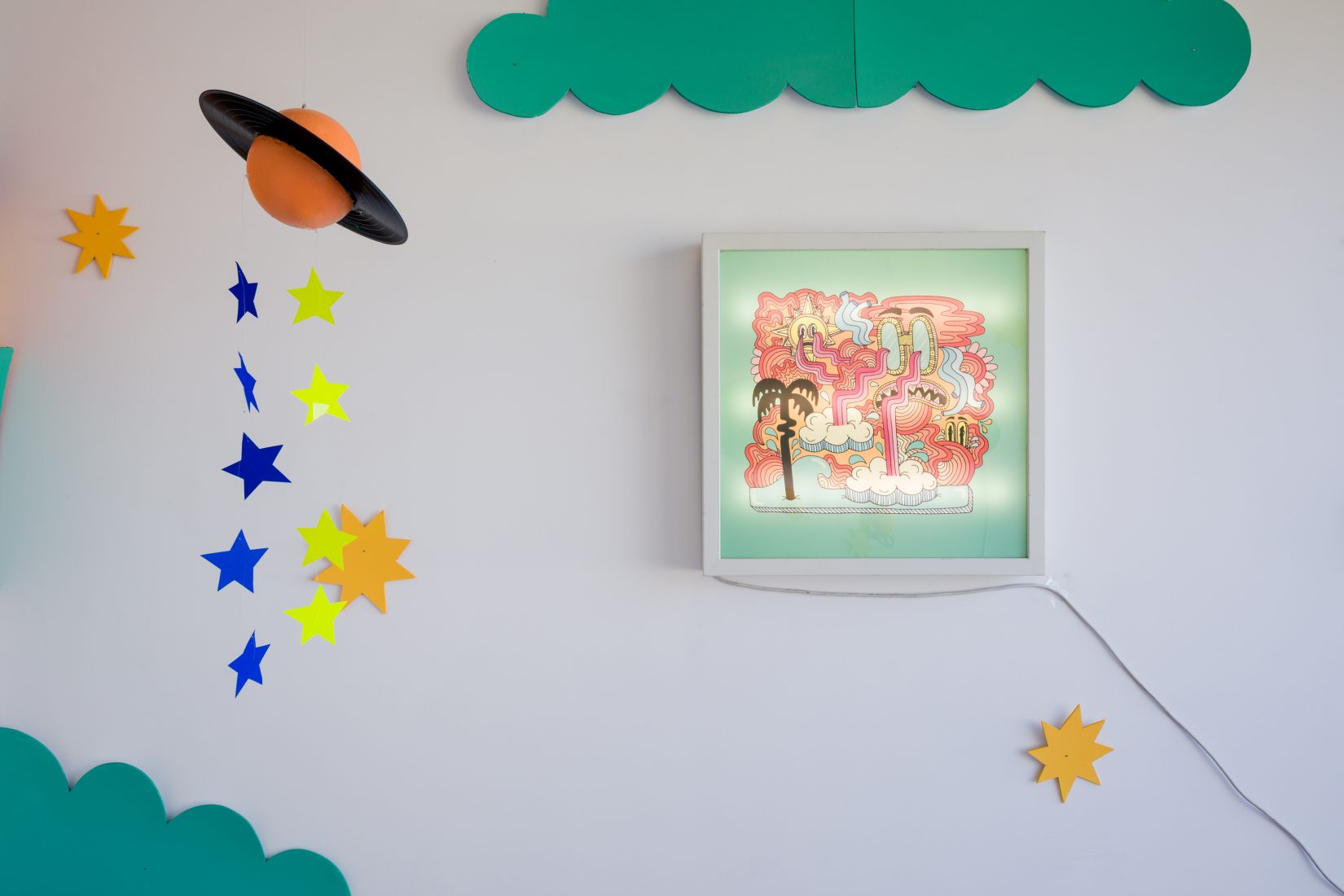 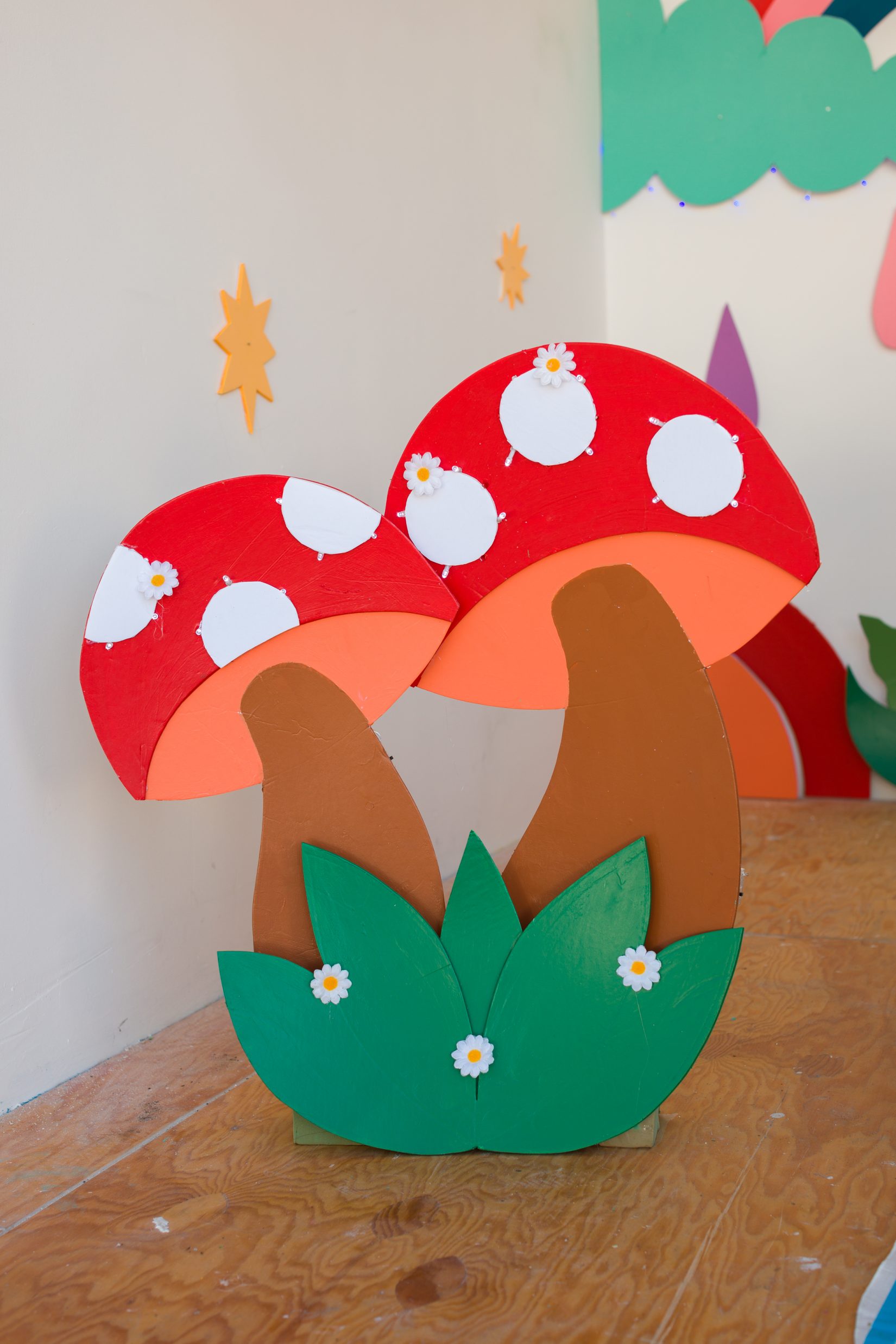 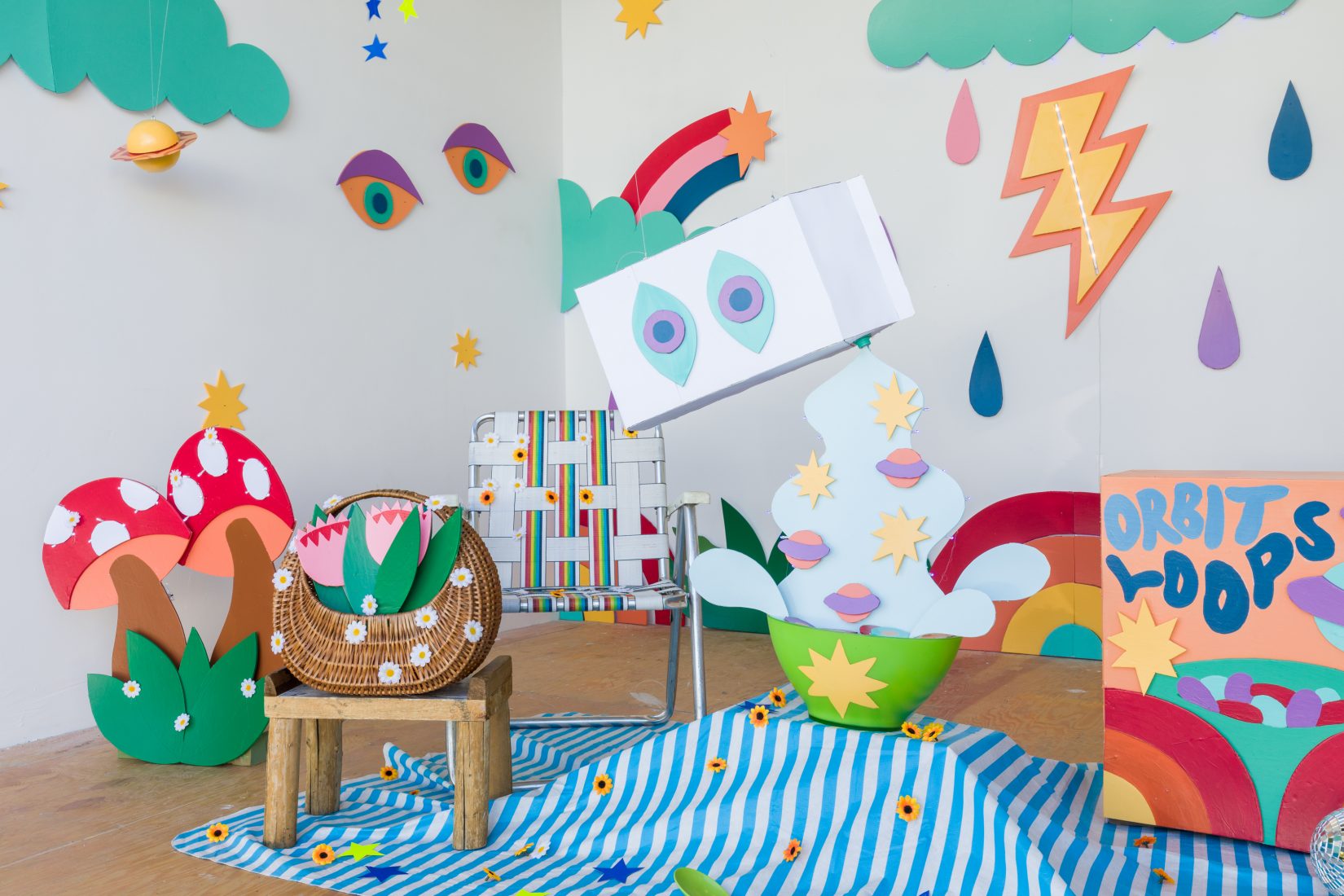 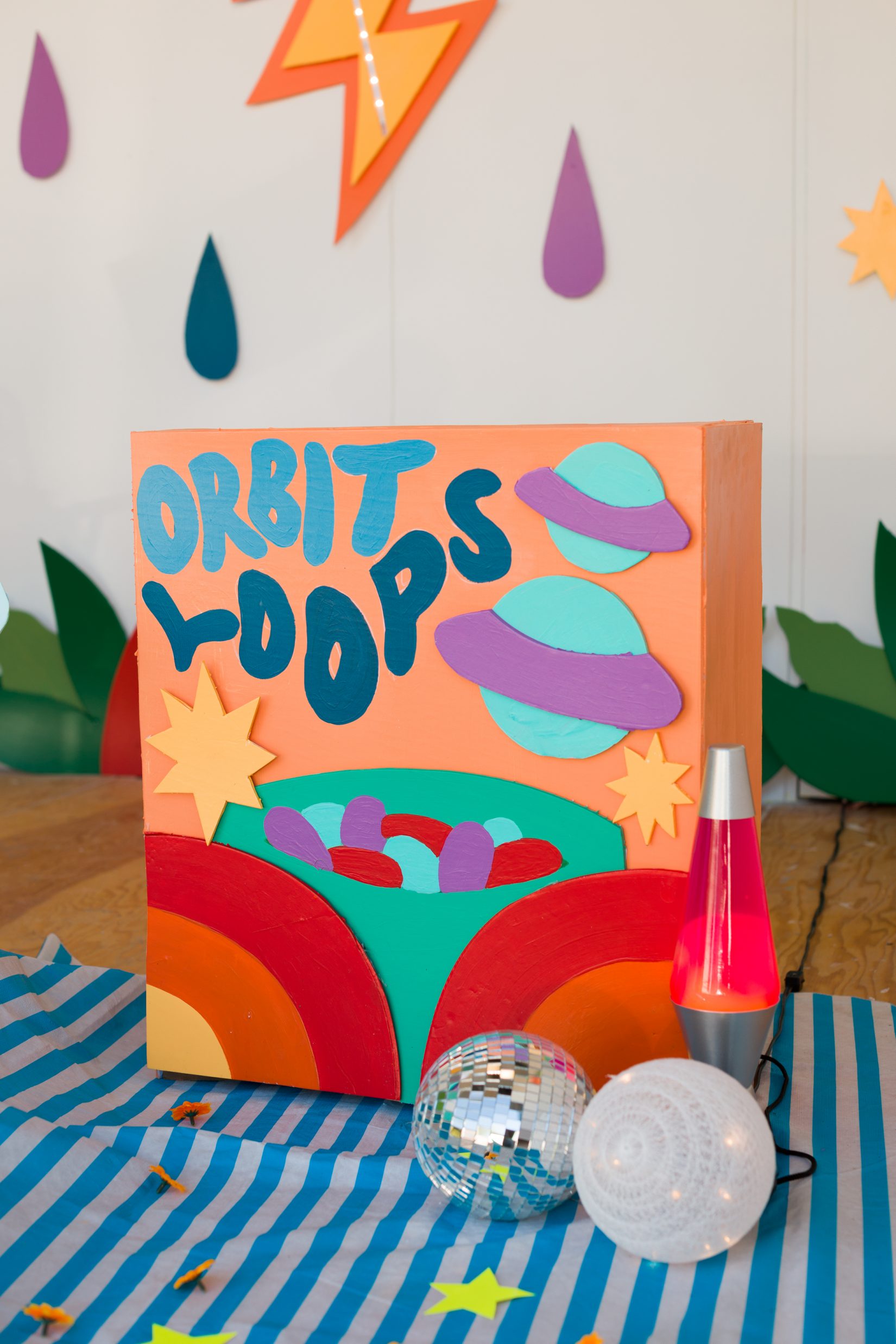 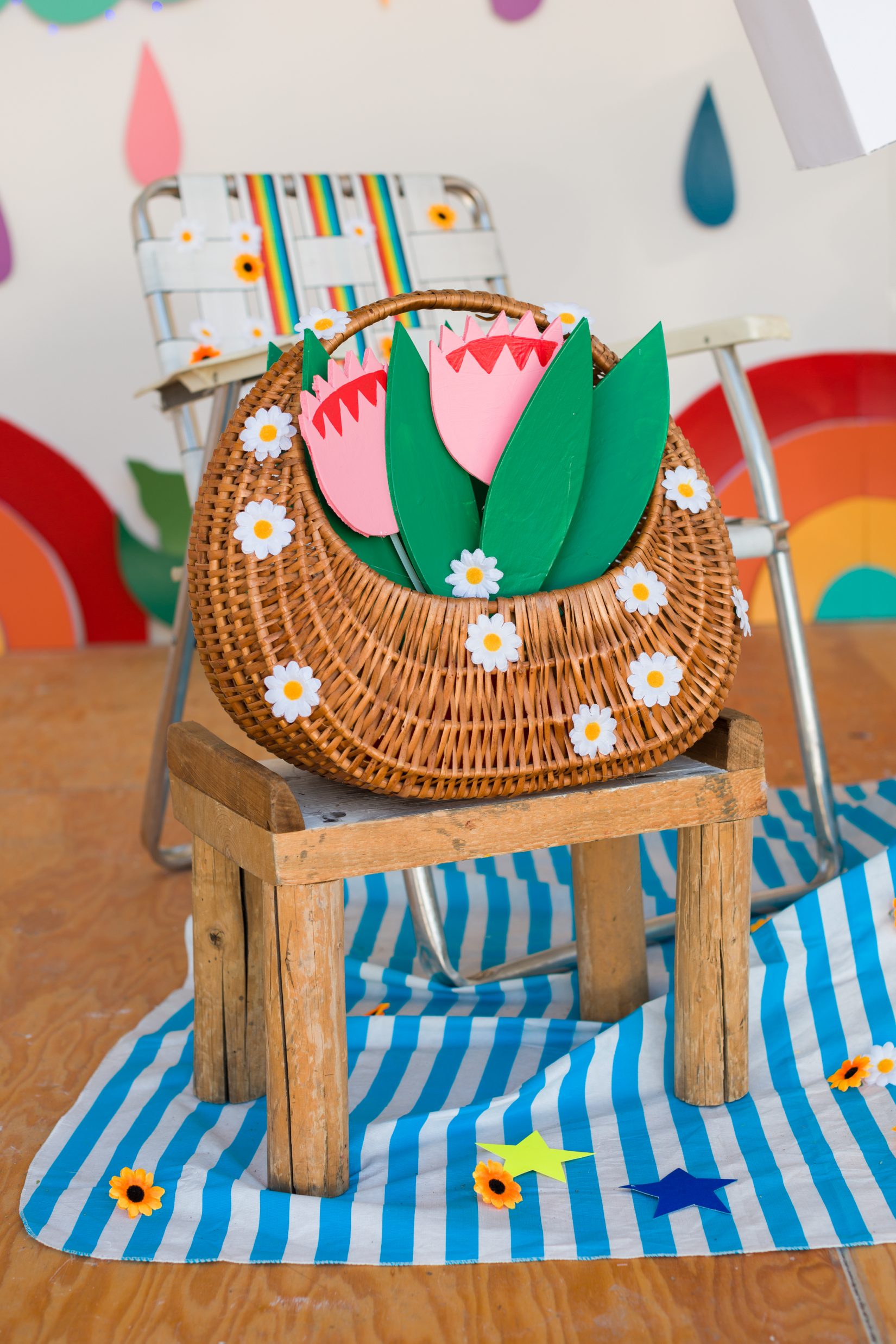 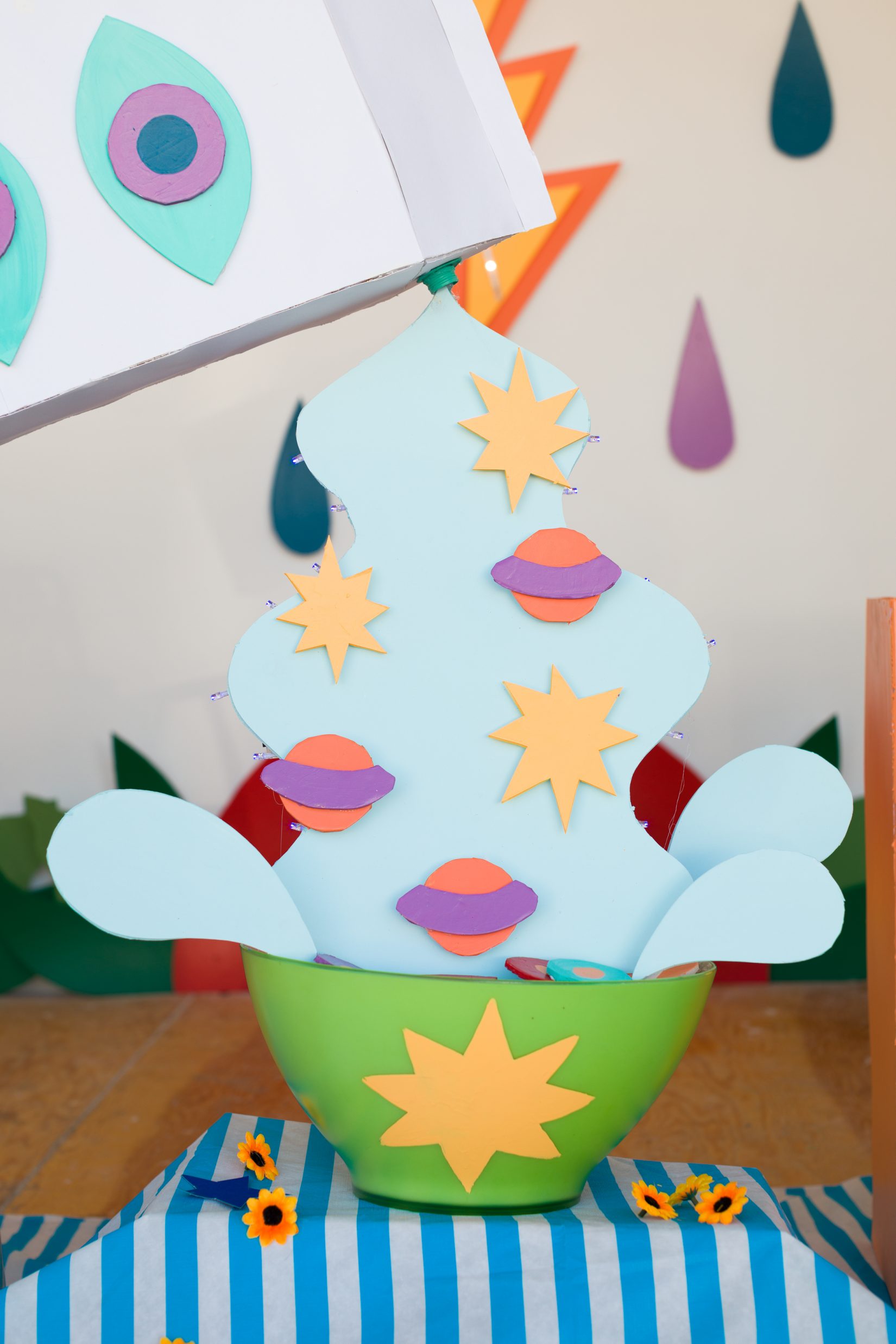 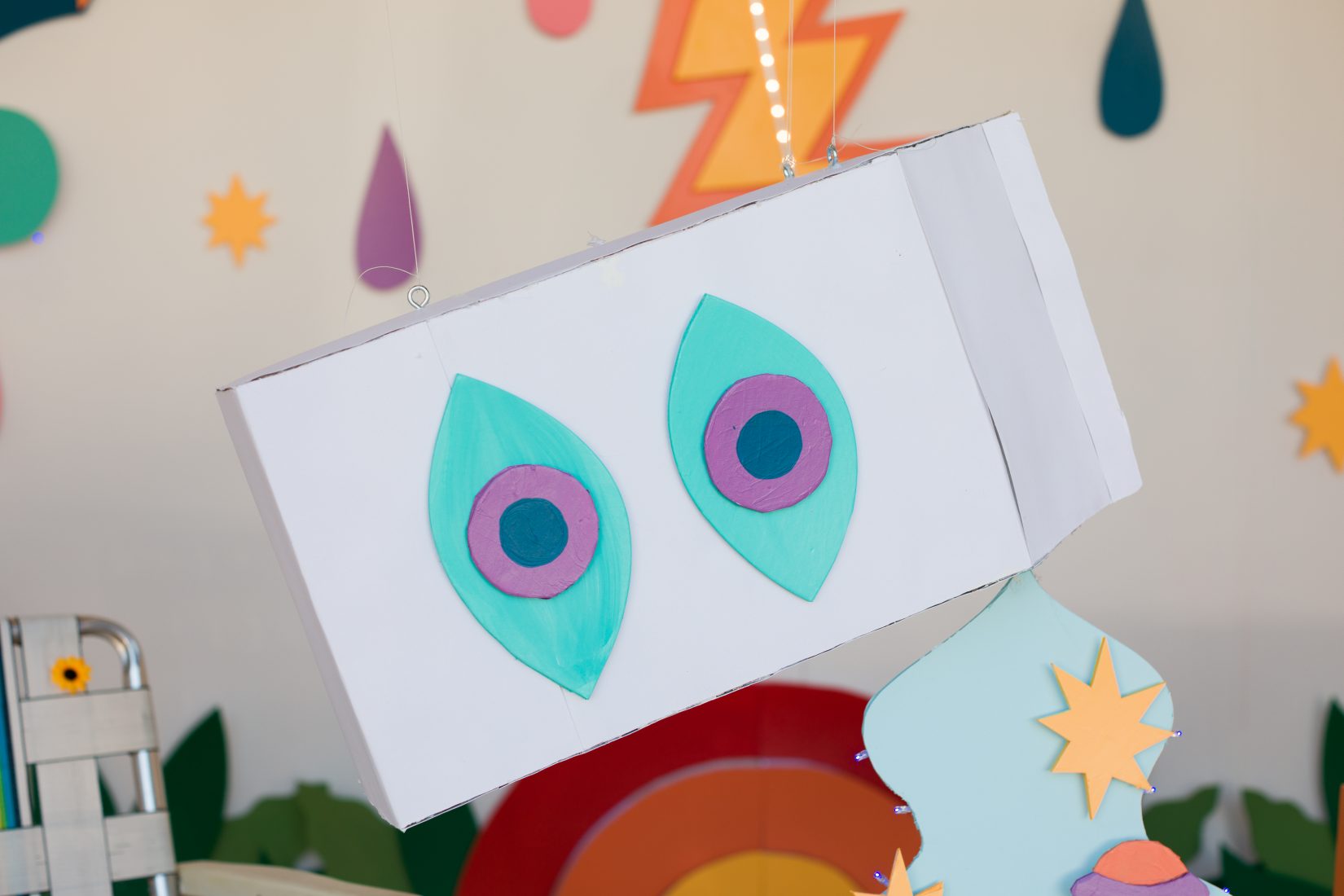 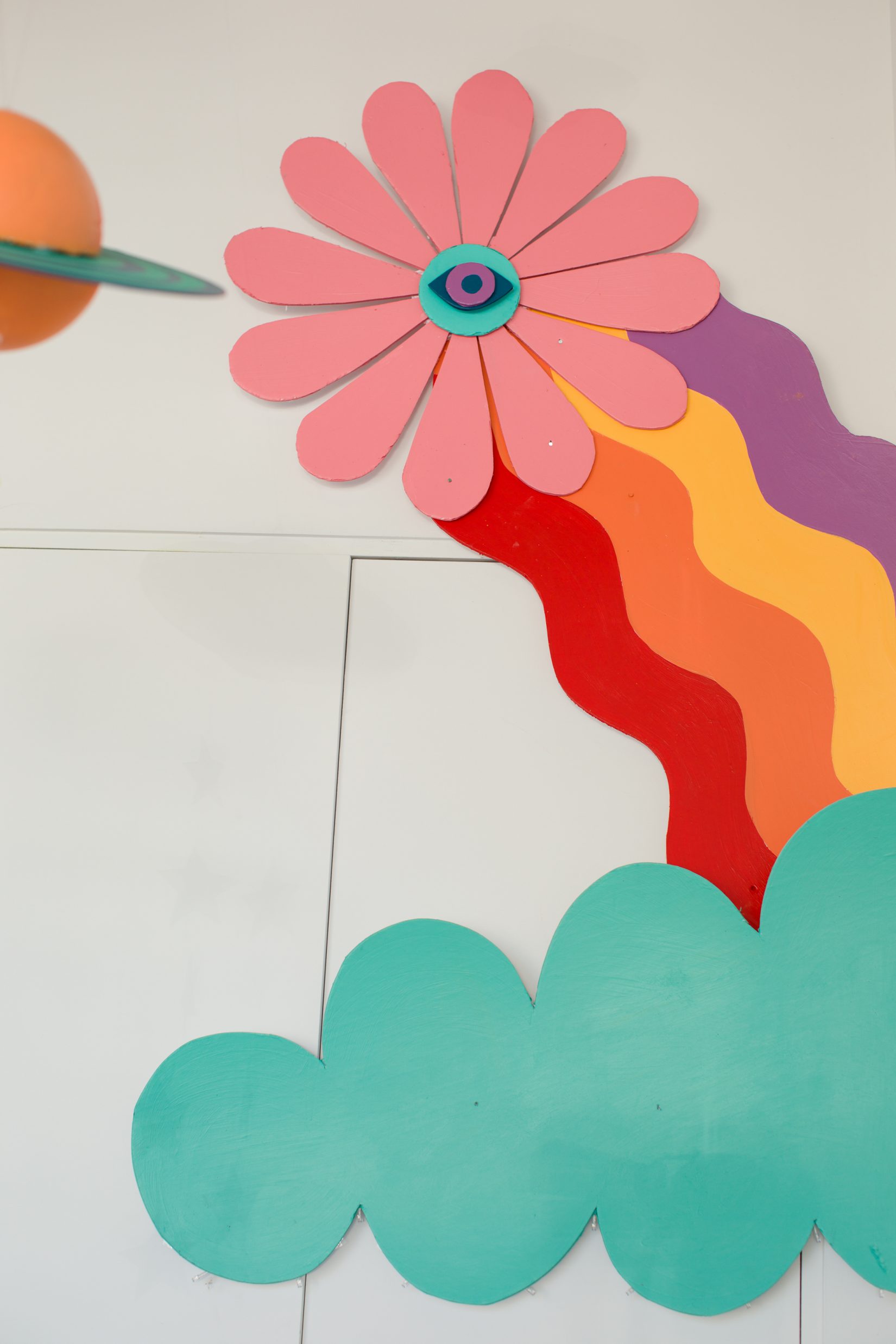 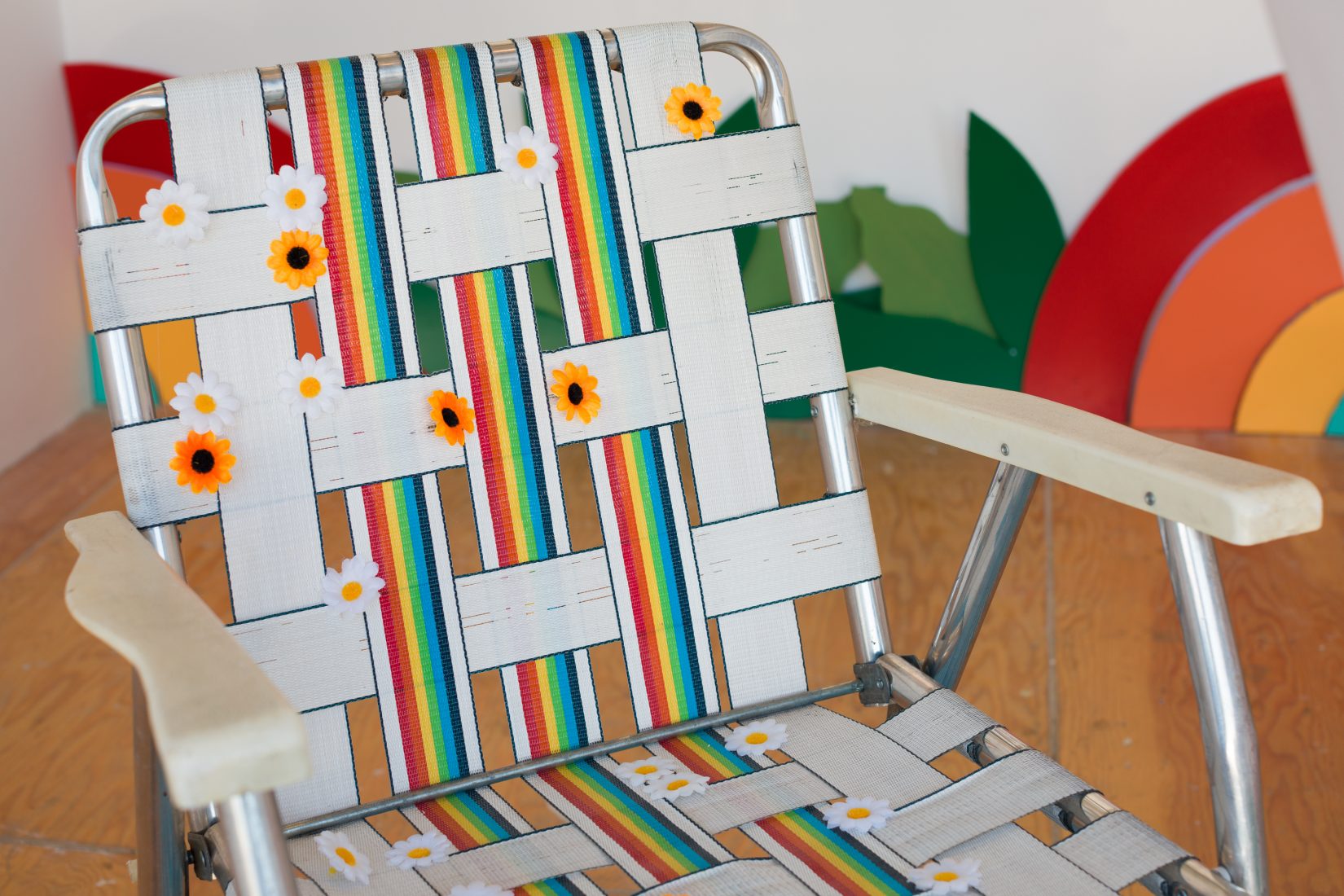 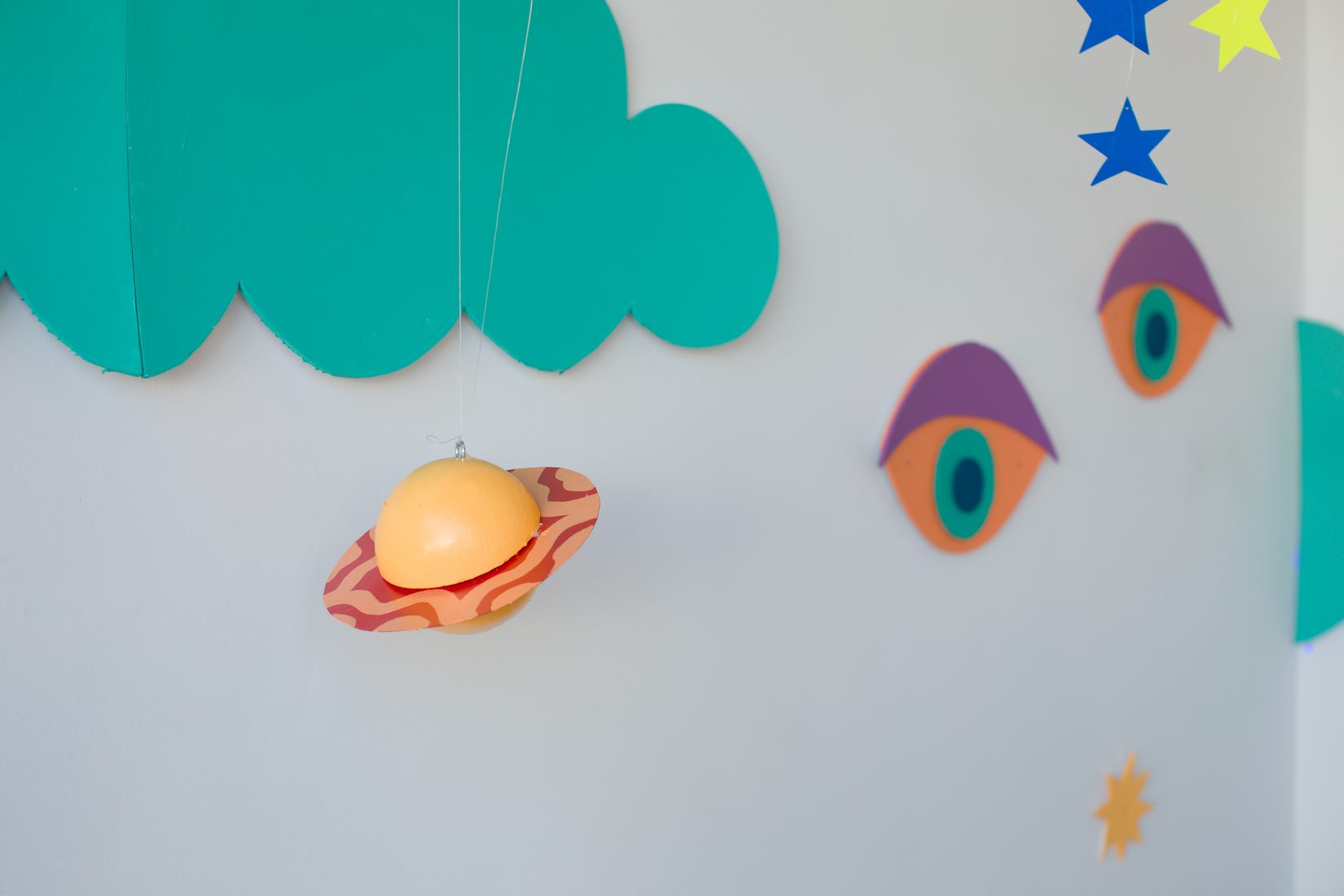 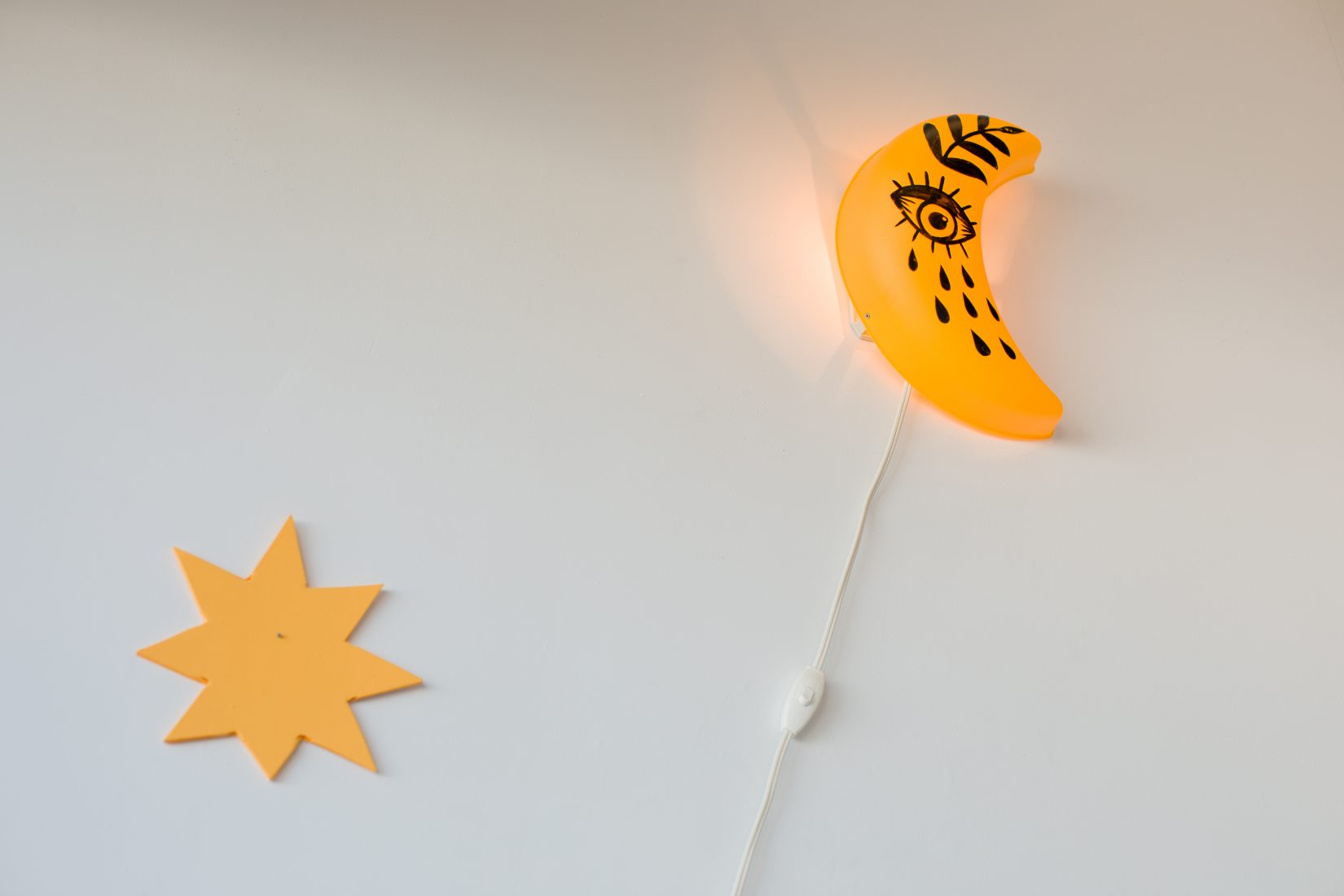 Di Liberto reimagines commonplace objects through a hallucinatory lens and mashes them up with familiar signifiers of rave and bohemian culture: disembodied eyes, rainbows, spaceships and neon flowers. Harnessing her background in illustration, street art, and visual merchandising, she creates a world of escapism, hedonism, and excessive visual stimulation. Simultaneously futuristic and nostalgic, the viewer is absorbed into the bright, playful colours of the installation and intricately detailed symbols that cover its every surface.

Separated from the viewer by metal and glass, the Garage can be seen as almost terrarium-like. With its boldly disorienting aesthetic and fluorescent colour palette, ‘An Extraterrestrial Picnic’ cannot help but draw the viewer nearer. As we pass by on the street outside, running errands or going about our mundane routines, we are stopped in our tracks and invited to press up against the glass, as if we could cross over into this space that is fantastical and chaotic, yet light-hearted, uplifting, and welcoming.

Olivia is a freelance artist and graphic designer located in Vancouver, BC. Her work focuses on illustration, hand lettering, painting and mural art with a particular interest in tactile design and functional objects. She is influenced by 1960s and 70s counterculture and uses vibrant colours and intricate linework to convey a feeling of cultural nostalgia. Vintage design and psychedelia is often referenced alongside her love for music, nature and travel.