“I’ve always been interested in how technologies affect people and society, so I find most of the media I consume is about speculative futures, or the social impacts of current technology. It would be easy to file many of my interests under the category of science fiction or fantasy, but I see a very large overlap with these entertainment-associated labels, and theories of technology and culture. Somewhere in between them is where my deeper interests are.” – Eli Muro

Today, we’re sharing two lists from 2020 resident artist Eli Muro; keep reading for books, films, digital media and more to dive into as we all spend more time at home.

First is a list of creative coding tools they’ve gotten to know through their practice as a digitally-engaged media artist. Next up are some books, videos and other media they’re enjoying right now. 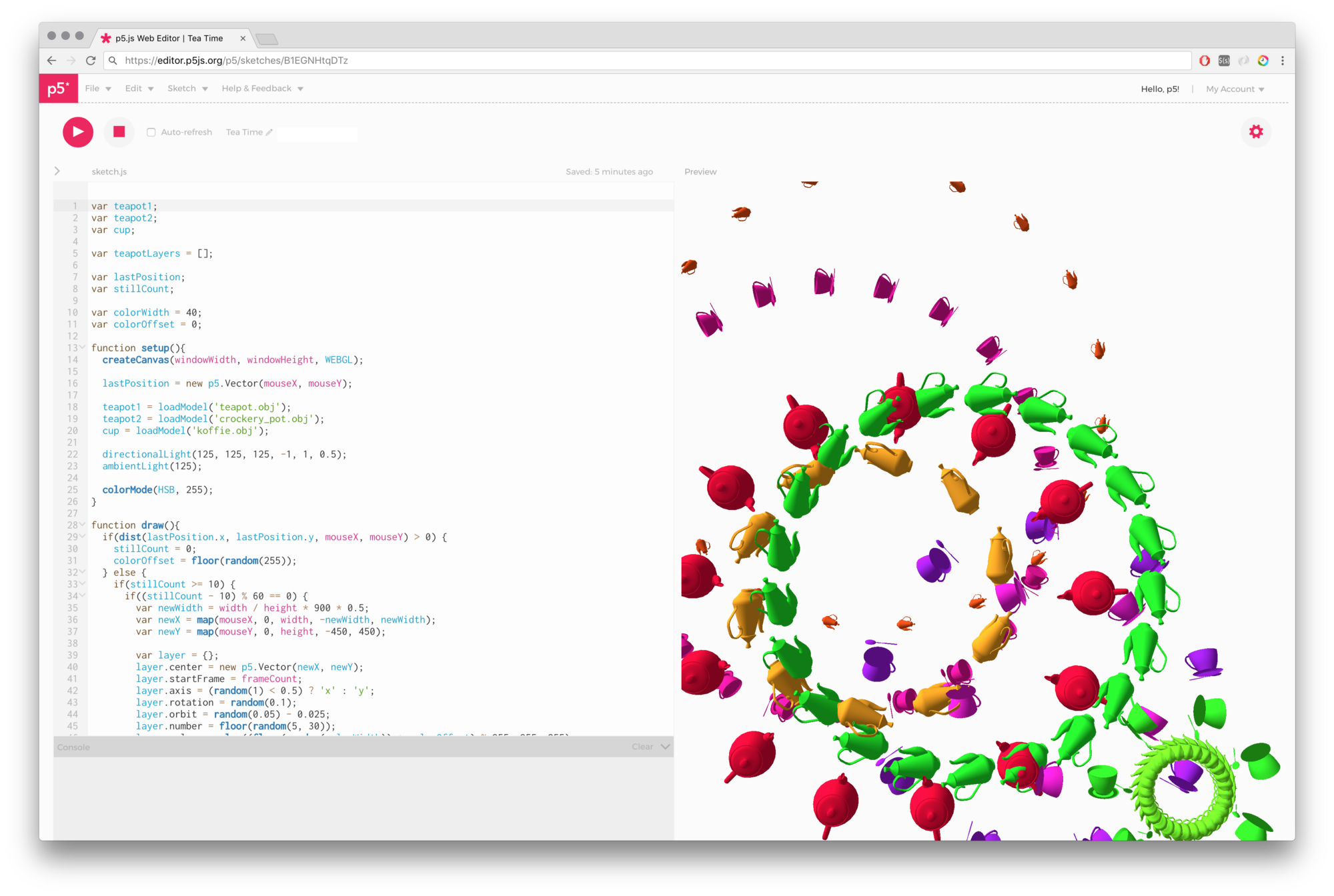 “P5 is a great place to start learning about creative coding, or even just programming in general. There is a huge amount of documentation and support online. The community around it makes it the perfect place to get started.” – Eli Muro

“openFrameworks is near and dear to my heart because it was how I got into coding, and I studied with one of the creators during my time at the School for Poetic Computation in NYC. It’s a bit more dense than some of the other tools listed here as it’s a C++ framework, which can be a pretty high barrier if it’s your first tool. I definitely struggled for a while to understand it, but learned many fundamental programming concepts by doing so.” – Eli Muro 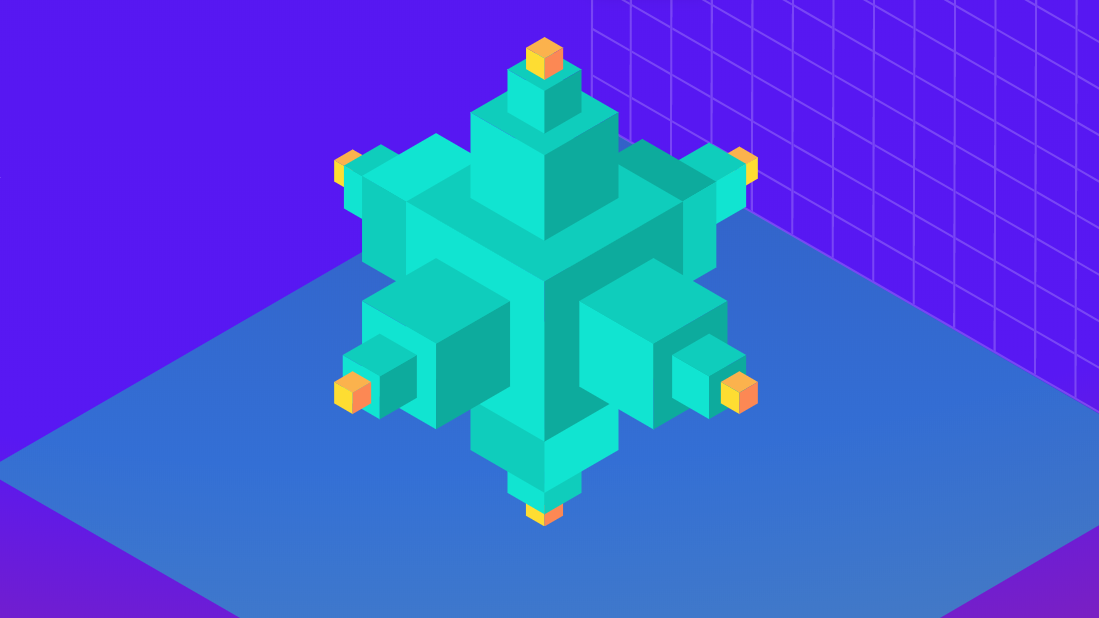 “Spell is a really great tool for machine learning. It has some pretty good documentation, and it has a Command line interface as well as a web based graphical interface. I’m biased because I work for them, but I think its a really powerful tool.” – Eli Muro 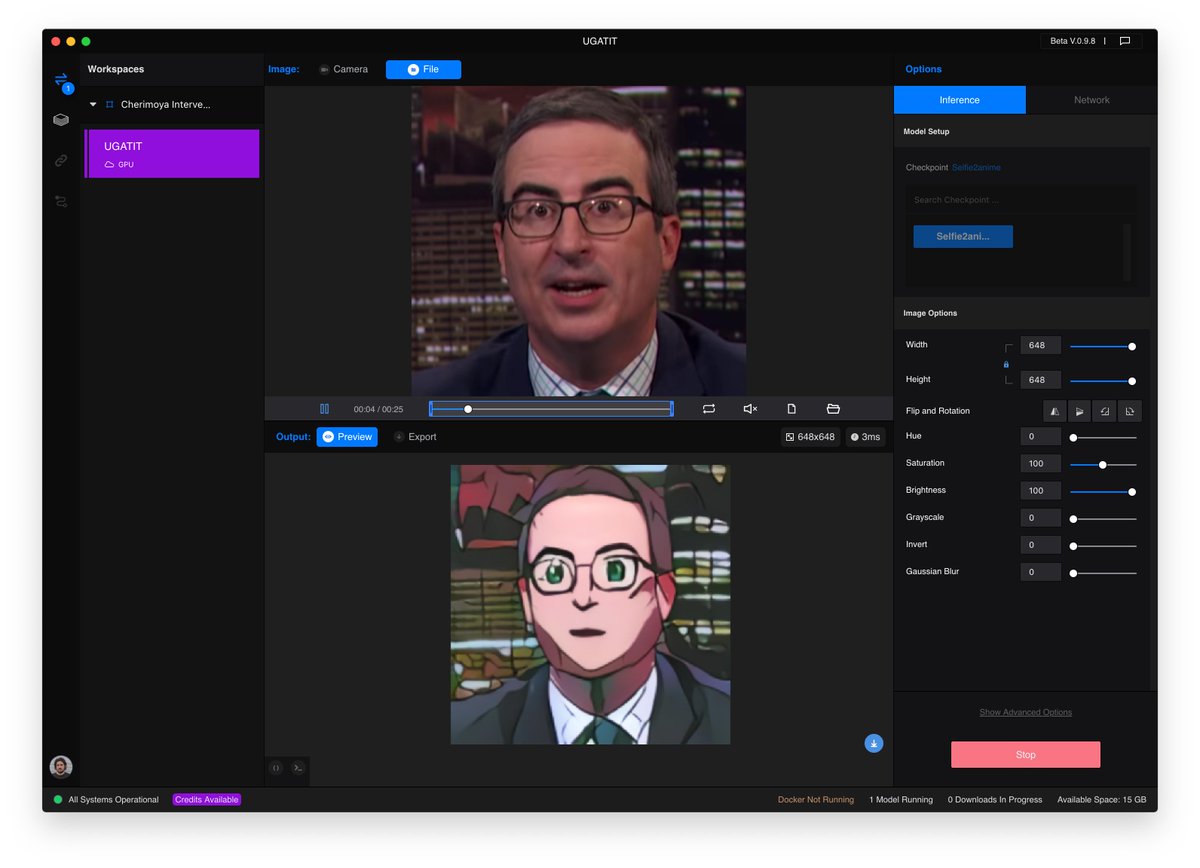 “This is a great tool to get started with machine learning for creative purposes. Its interface is really well designed and it’s super easy to get results fast.” – Eli Muro 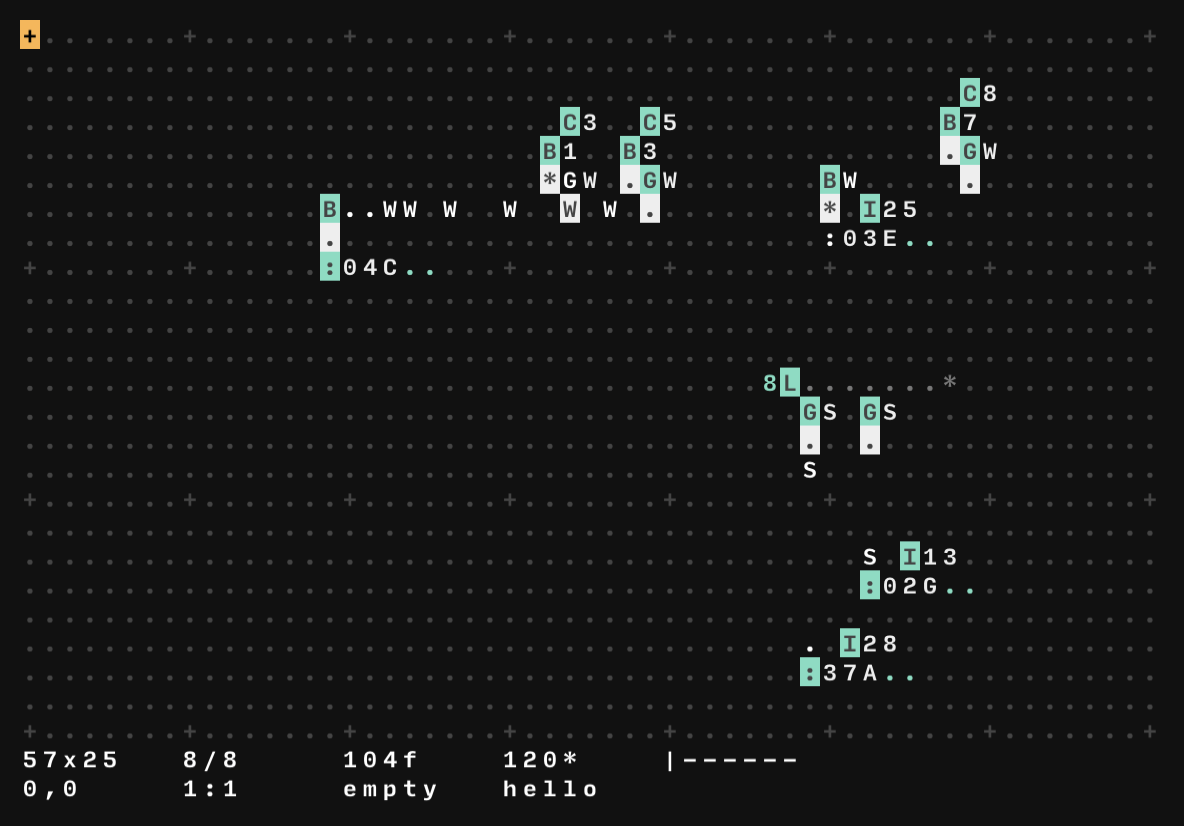 “Orca is an open source creative coding tool for making generative music and visuals. Last year, I used this to make a multichannel generative light and sound installation and showed it at a couple festivals. Love this tool. The documentation as far as tutorials and what not isn’t too good, but it’s quite well documented on the github page. If github is intimidating, it can also be found on hundredrabbits.itch.io.” – Eli Muro 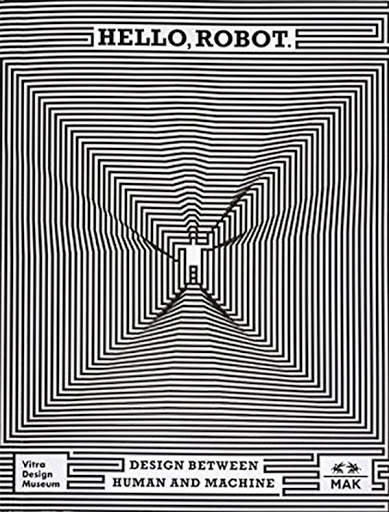 Books and other media

1. Hello, Robot: Design Between Human and Machine, by various authors (2017)

“This book contains a number of amazing and inspiring projects focused on the idea of the ‘robot’ from its earliest conception and the etymology of the word to the most recent advancements in the field. The layout of the book is done algorithmically in collaboration with human designers.” – Eli Muro

Learn more about this book on Amazon, Neural Archive, or Vitra Design Museum 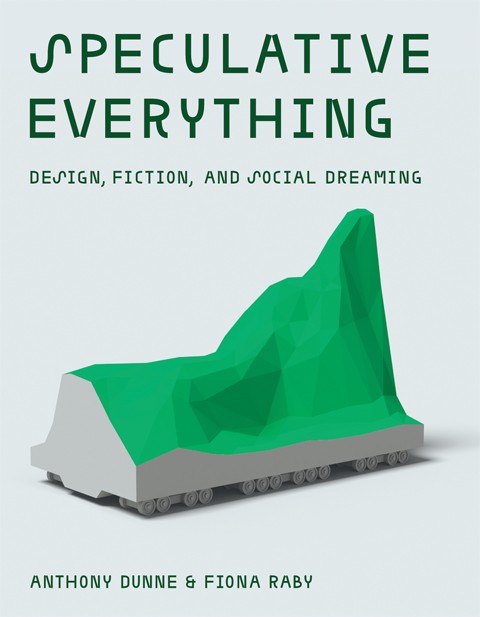 2. Speculative Everything: Design, Fiction and Social Dreaming, by Anthony Dunne and Fiona Raby (2013)

In Speculative Everything, Anthony Dunne and Fiona Raby propose a kind of design that is used as a tool to create not only things but ideas. For them, design is a means of speculating about how things could be—to imagine possible futures.

Dunne and Raby cite examples from their own design and teaching and from other projects from fine art, design, architecture, cinema, and photography.  They show us, for example, ideas for a solar kitchen restaurant; a flypaper robotic clock; a menstruation machine; a cloud-seeding truck; a phantom-limb sensation recorder; and devices for food foraging that use the tools of synthetic biology. Dunne and Raby contend that if we speculate more—about everything—reality will become more malleable. The ideas freed by speculative design increase the odds of achieving desirable futures.

Learn more about this book on Amazon or MIT Press, and watch a talk from one of the authors below. 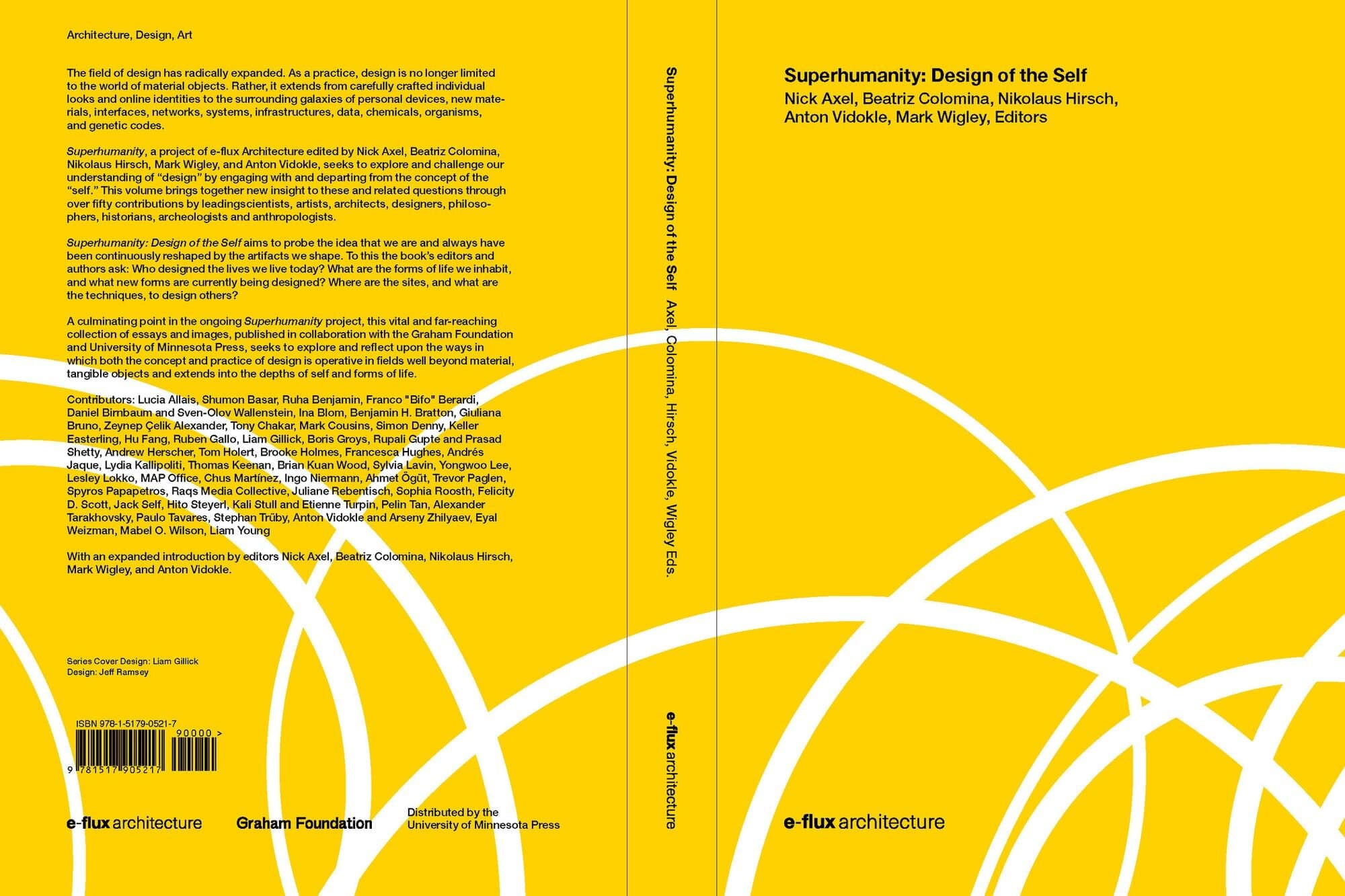 “Our culture is commonly described as being narcissistic. And narcissism is understood as a total concentration on oneself, as a lack of interest in society. However, it is difficult to say that the mythological Narcissus is interested exclusively in himself… But neither is he interested in a vision exclusive to his own contemplation. The contemporary Narcissus cannot be so certain of their own taste. Today we are unable to like ourselves if we are not liked by the society in which we live. And in our society we have to become active if we want to be the objects of others’ admiration. Contemporary subjects cannot only rely on the looks they were born with: they must practice self-design, and produce their own image with the goal of becoming liked by society.” (excerpt) 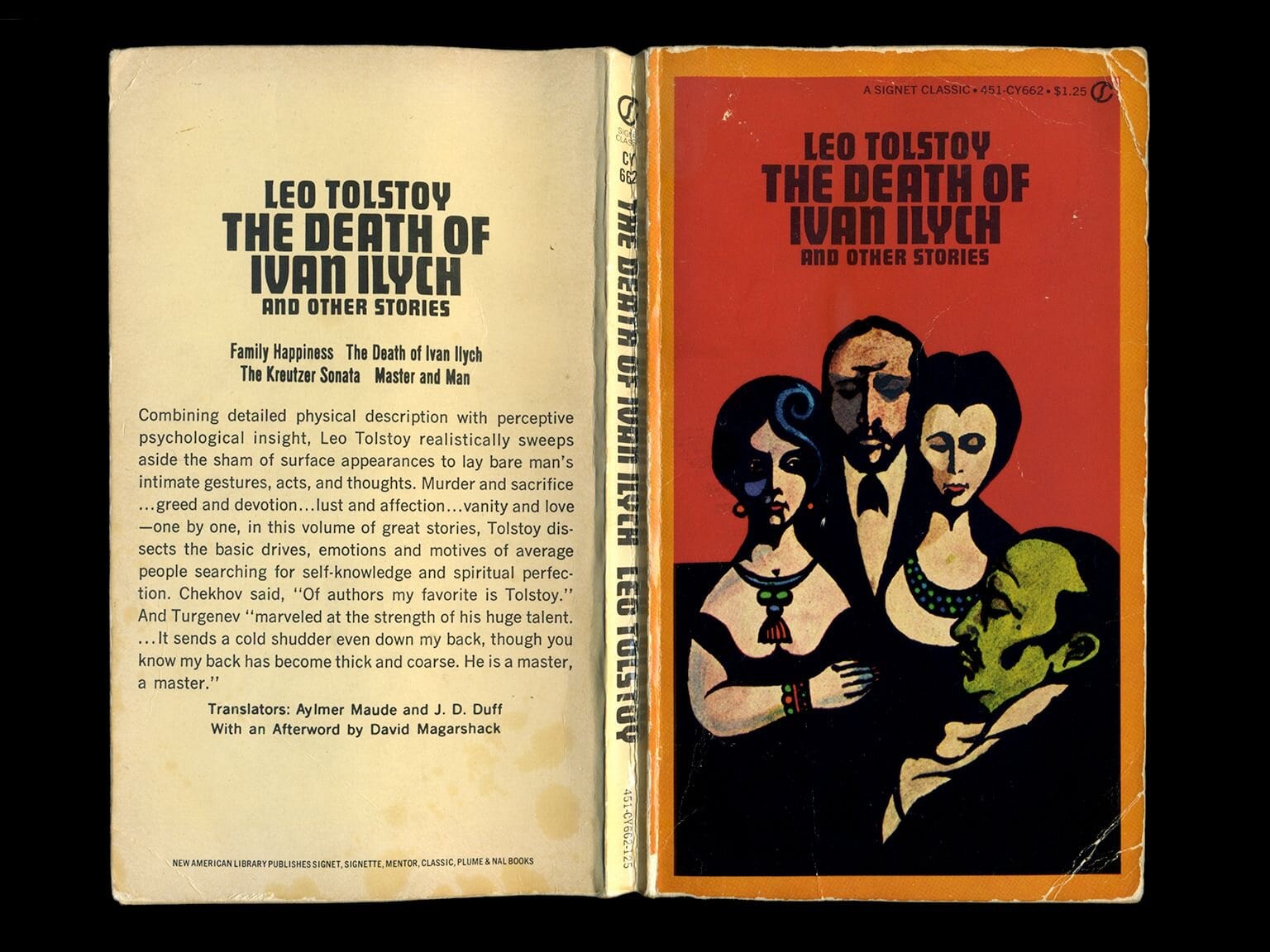 Hailed as one of the world’s supreme masterpieces on the subject of death and dying, The Death of Ivan Ilyich is the story of a worldly careerist, a high court judge who has never given the inevitability of his death so much as a passing thought. But one day death announces itself to him, and to his shocked surprise he is brought face to face with his own mortality. How, Tolstoy asks, does an unreflective man confront his one and only moment of truth?

This short novel was the artistic culmination of a profound spiritual crisis in Tolstoy’s life, a nine-year period following the publication of Anna Karenina during which he wrote not a word of fiction. A thoroughly absorbing and, at times, terrifying glimpse into the abyss of death, it is also a strong testament to the possibility of finding spiritual salvation.

Find the book on Amazon or Penguin Random House. 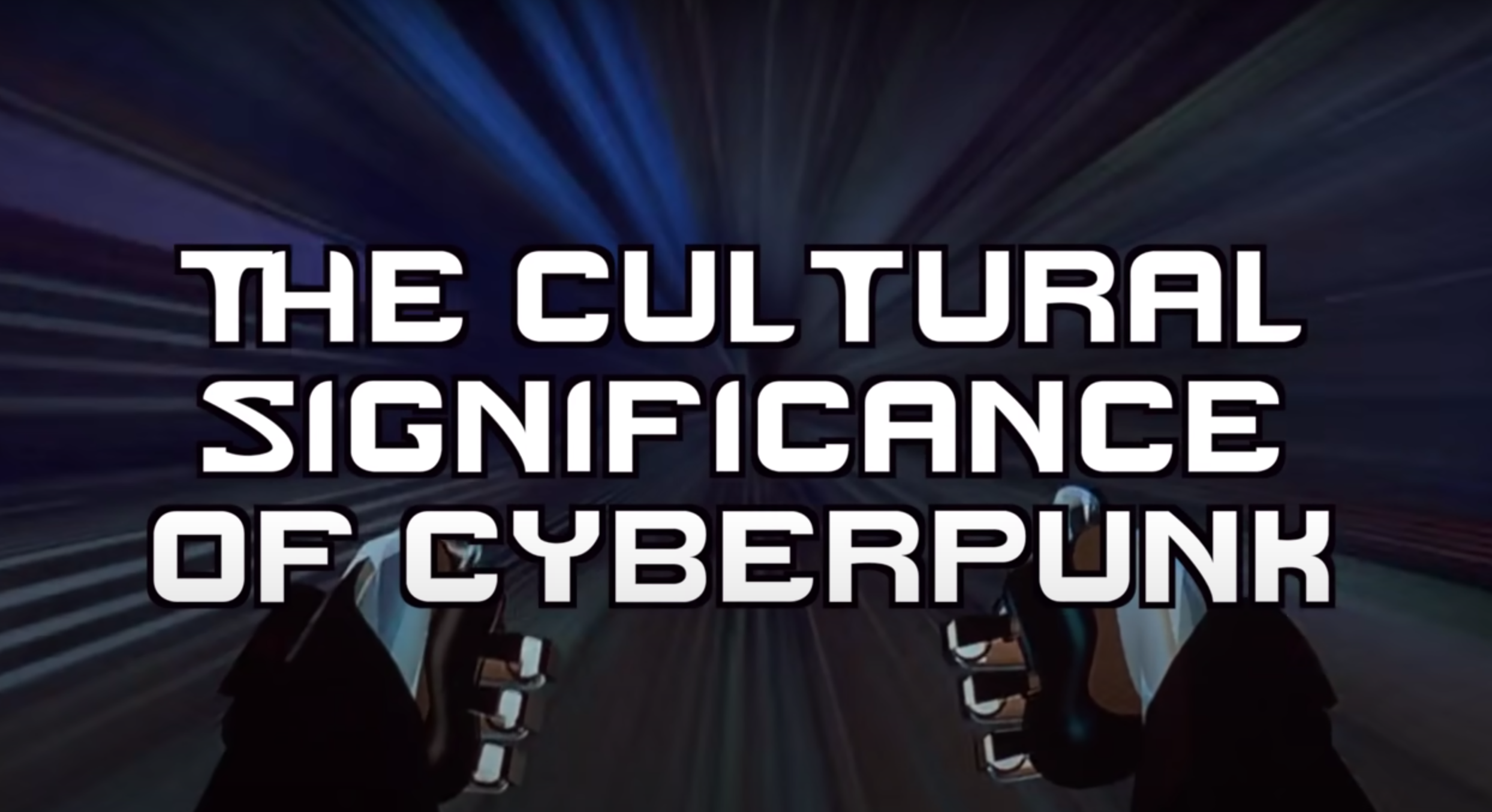 Watch this video essay below or on Youtube – included in the video’s description are some recommendations for further reading. 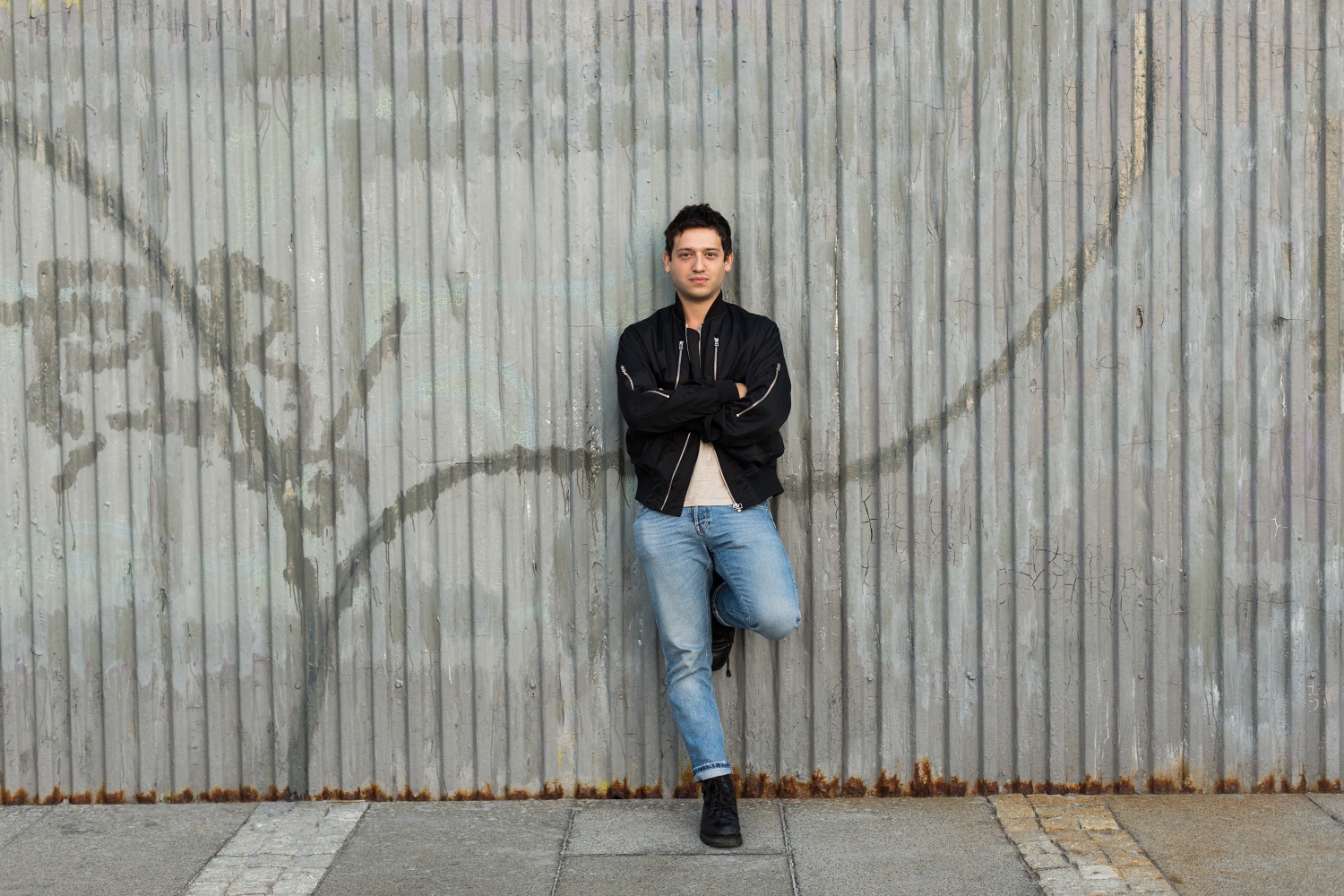 6. Crisis of Graphic Practices: Challenges of the Next Decades , lecture by David Rudnick

In this lecture, graphic designer David Rudnick talks about controversial issues in modern design practice and how the profession will change in the digital world. 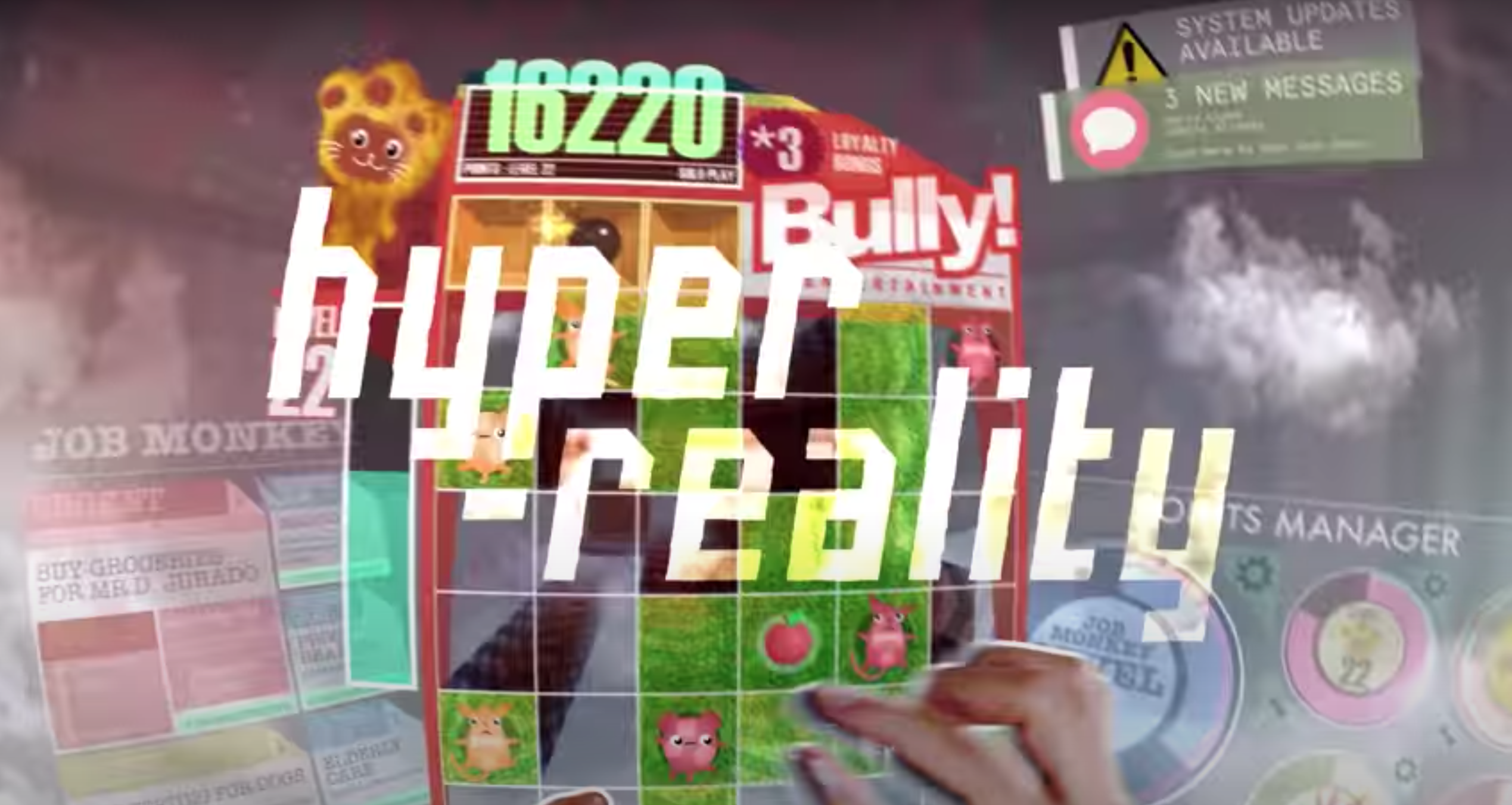 Our physical and virtual realities are becoming increasingly intertwined. Technologies such as VR, augmented reality, wearables, and the internet of things are pointing to a world where technology will envelop every aspect of our lives. It will be the glue between every interaction and experience, offering amazing possibilities, while also controlling the way we understand the world.

Hyper-Reality is a 6-minute concept film that attempts to explore this exciting but dangerous trajectory. Crowdfunded and shot on location in Medellin, Colombia, the film presents a provocative and kaleidoscopic new vision of the future, where physical and virtual realities have merged, and the city is saturated in media. 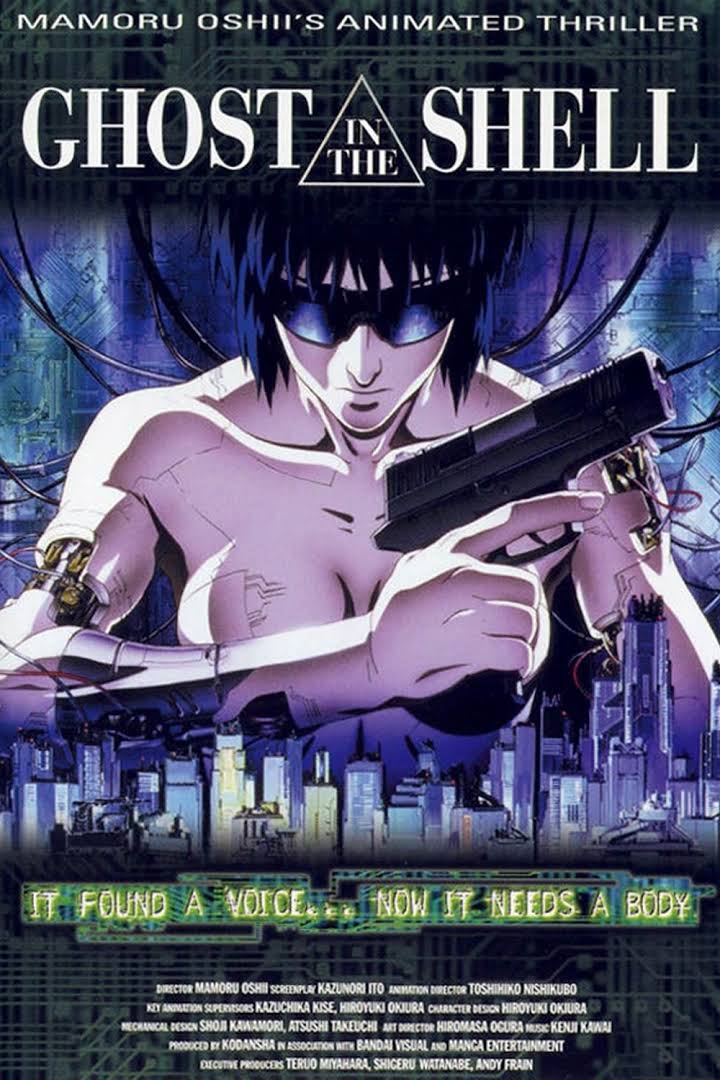 “Ghost in the Shell is continually inspiring to me. I return to this every couple years or so to see if it still stands up and it always does. I watched it as a child when it first came out in the 90’s so it hold some what of a special and nostalgic place for me.” – Eli Muro

Watch the trailer and opening sequence below, and find the full movie on Apple TV and Prime Video.

Eli Muro will be joining BAF for a residency later this year. A multidisciplinary artist and interaction designer based in Vancouver, they make interactive objects, experiences, drawings and digital images using electronics, code and traditional image making methods.

Learn more about their practice at eli-muro.com. 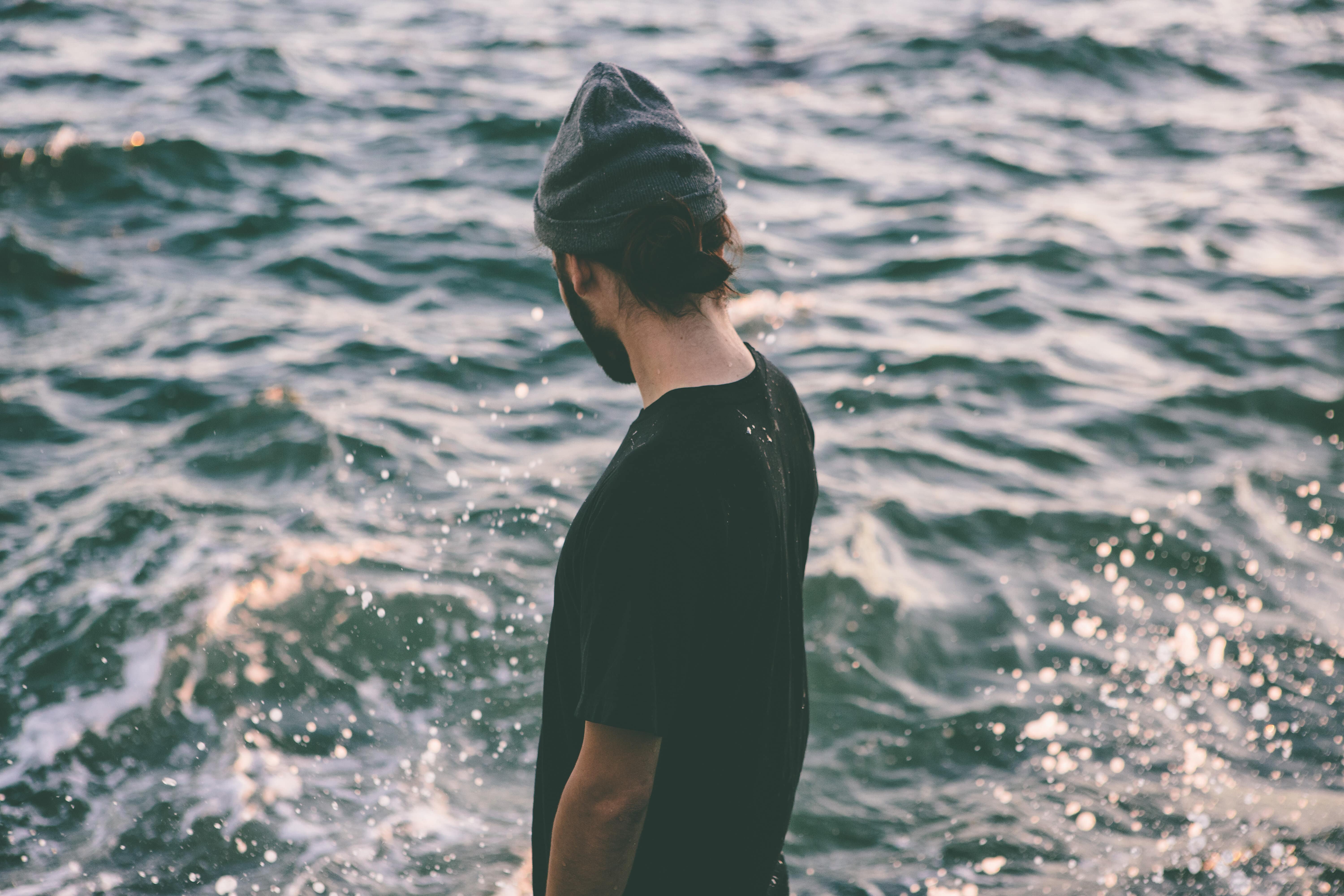