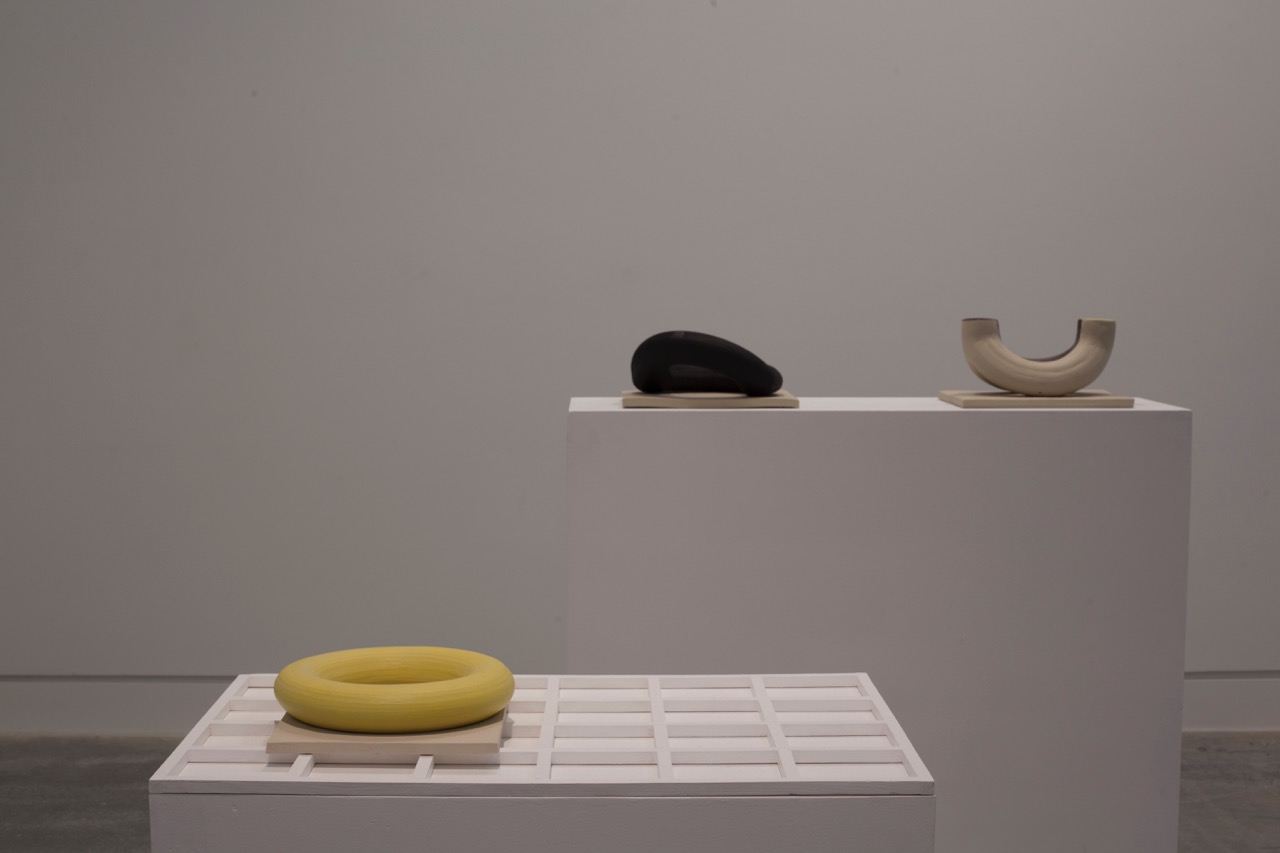 Trained from an early age in both pottery and painting, Vancouver-based artist Kate Metten has been widely recognized for her ceramic art practice, which uses sculptural abstraction to explore the intersections and contradictions between painting and ceramics. Metten’s Summer 2019 Artist Residency at Burrard Arts Foundation represents a critical shift in the emerging artist’s oeuvre, being her first solo exhibition that focuses primarily on painting. Mentored by well-established Canadian artists such as painter Mina Totino, and potter Gailan Ngan, Metten’s work is informed by a deep appreciation for the lineages of knowledge and convergent histories of aesthetics in craft- and object- making. 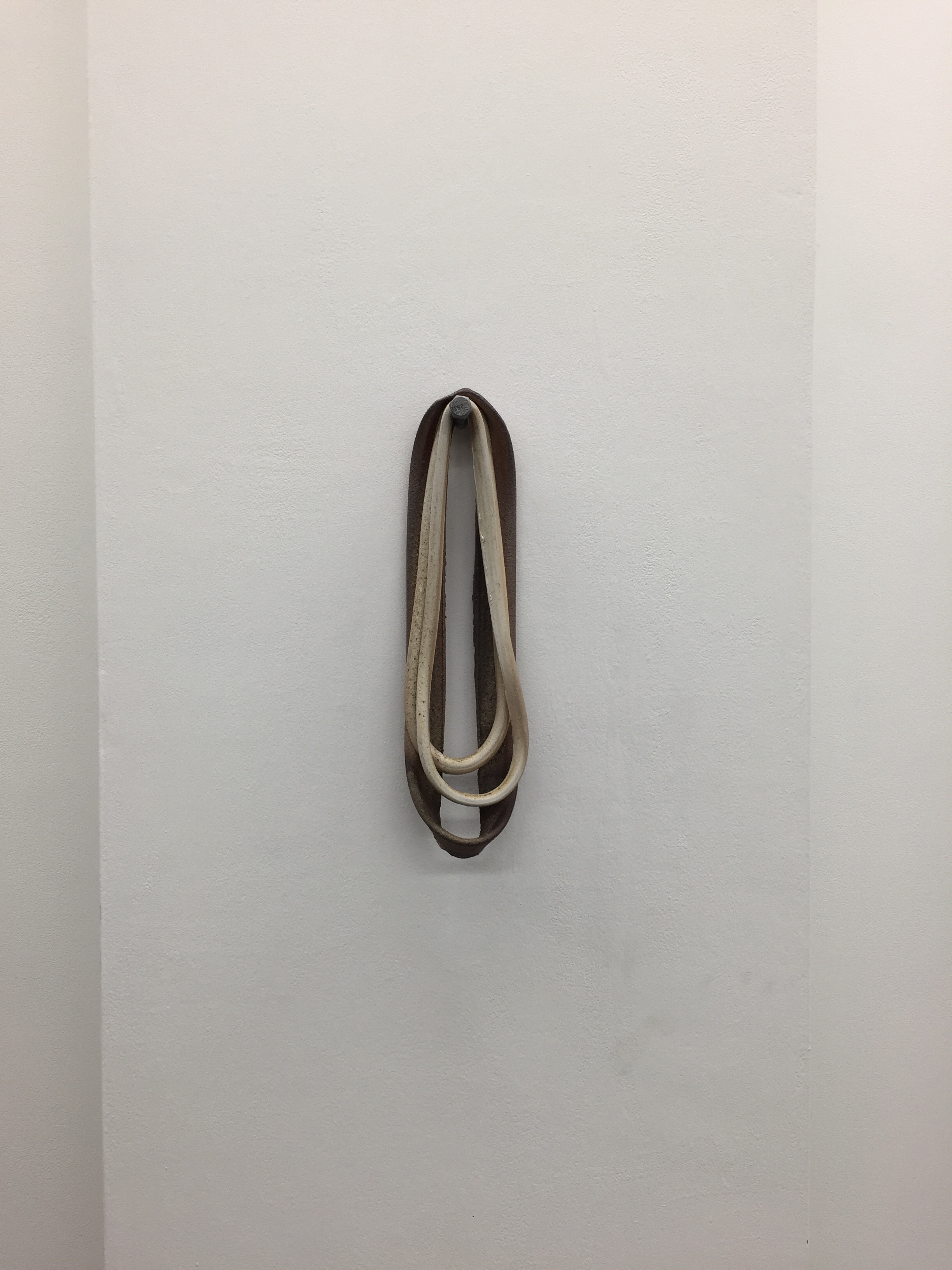 Metten’s work has been exhibited and recognized nationally and internationally. Cunt Sap (2018) was exhibited in ‘The Form Will Find Its Way: Contemporary Sculptural Abstraction,’ at the 2019 National Council on Education for the Ceramic Arts Conference in Minneapolis. Composed of three layered pieces of wood-fired ceramic that hang loosely and stiffly over another, Cunt Sap demonstrates the importance of process to understanding the content in Metten’s work. The clay that forms the piece was personally sourced by the artist from Vancouver soil, tying the work directly to its creational circumstances and crafted procedure. Gesturing towards the history of second-wave feminist ceramics such as the work of Judy Chicago, Cunt Sap’s namesake comes from a phrase in Leonard Cohen’s 1966 novel, Beautiful Losers. Despite the latent sexuality contained in its frank title, Cunt Sap is defined by the tension of being in-between decipherability; its vague forms can be reminiscent of human genitalia, but also of stationary objects such as ribboning or rope, thus layering the work with a host of competing political, aesthetic, and functional associations. 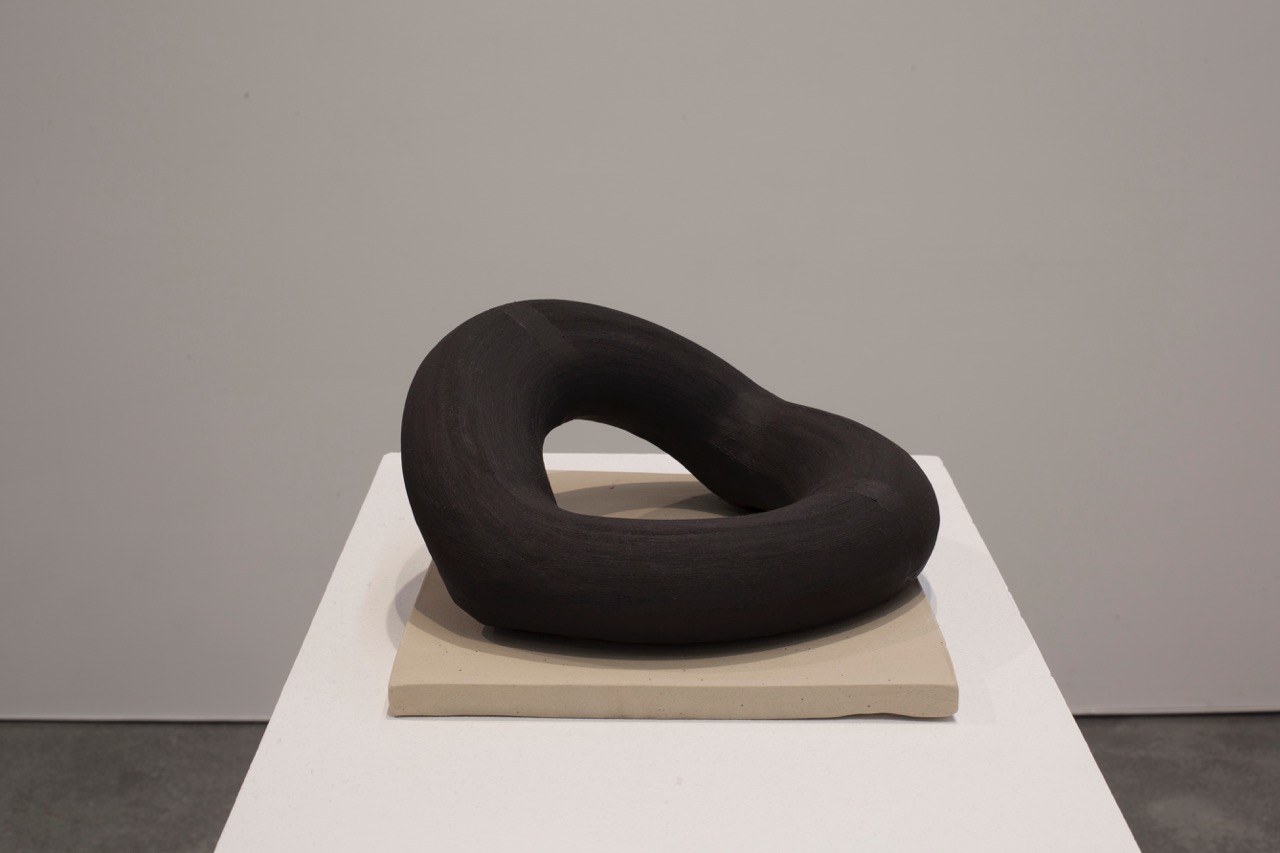 Metten began exploring the links between art and science as part of Leaning Out of Windows, a cross-disciplinary research project that involved collaborating with accelerator physicists at UBC’s TRIUMF institute.  Metten interpreted their research on antimatter to produce Triptych Dedicated to the Covariant Formalism for Quantum Field Theory, a composition of three absurdist ceramic forms which stood as metaphors for the movements of the particles Metten studied. One of the abstractions functioned as a metronome, bringing kinetic movement to activate the usually static format of minimalist ceramic sculpture.

Metten further worked with both art and technology in a residency at the Emily Carr University of Art and Design’s Material Matters studio, completed concurrently with her time at BAF. Here, she worked with the technology of virtual reality, the perspectival possibilities of which prompted Metten’s investigation into how patterns are processed both by human brains and by computers. This examination of how looking and spectatorship contribute to the composition of an artwork inspired her Thinking Eye painting series. Produced during the BAF residency, these works also became the source of the exhibition’s title.

Informed by the writings of art historian Thierry de Deuve, Metten views the tube of paint as a readymade object, a vital tool that becomes activated by the artist during the decision-making process of painting. Utilizing a combination of thinned paints and mineral spirits, Metten creates layers and layers of semi-transparent colour on the canvas. The process of painting becomes a constant dialogue with past decisions, a type of call and response; generating a palimpsest of colour, composition, and mark making that continually informs the work being done on its foreground. In Metten’s paintings, the flat arena of the canvas becomes a dynamic site where complex relationships between colour, form, patterning, opticality, and positionality play out in intriguing ways.

‘The Thinking Eye’, Kate Metten’s new show produced in the BAF Residency Program, will be exhibited from October 18th to December 14th at BAF Gallery, 258 East 1st Avenue. Join us for the opening reception from 7-11pm on Friday, October 18th.