With their distinct language of bold colour, gestural shapes and loose hints of representation, Tyler Toews’ paintings speak clearly without being overly literal. Their abstracted faces and graffiti-esque brushstrokes are reminiscent of Basquiat and Picasso, but the works exude their own particular energy – despite these impressive comparisons, they stand completely on their own.

A self-taught artist, Toews has come this far purely on the strength of his unique style. Having worked for the last eight years as a studio assistant to the painter Attila Richard Lukacs, spending so much time surrounded by visual art has allowed Toews to hone his skills without diluting what makes his work so recognizable.

Preferring not to give detailed, theoretical statements to the intentions behind his paintings, Toews works in a highly intuitive way, each placement of colour and line carefully considered without being overanalyzed. The representational, sketch-like components of his paintings work together with swaths of colour in unexpected combinations, creating a unified surface throughout which many smaller elements catch the viewer’s eye.

Toews’ work is often described as Expressionist, but could be interpreted as impressionistic, too. The effect of the paintings’ human figures, empty bottles, fragments of text, skulls, crowns and irregular coloured areas is like an abstracted urban environment looked back on through memories, or seen jumbled from a moving car. 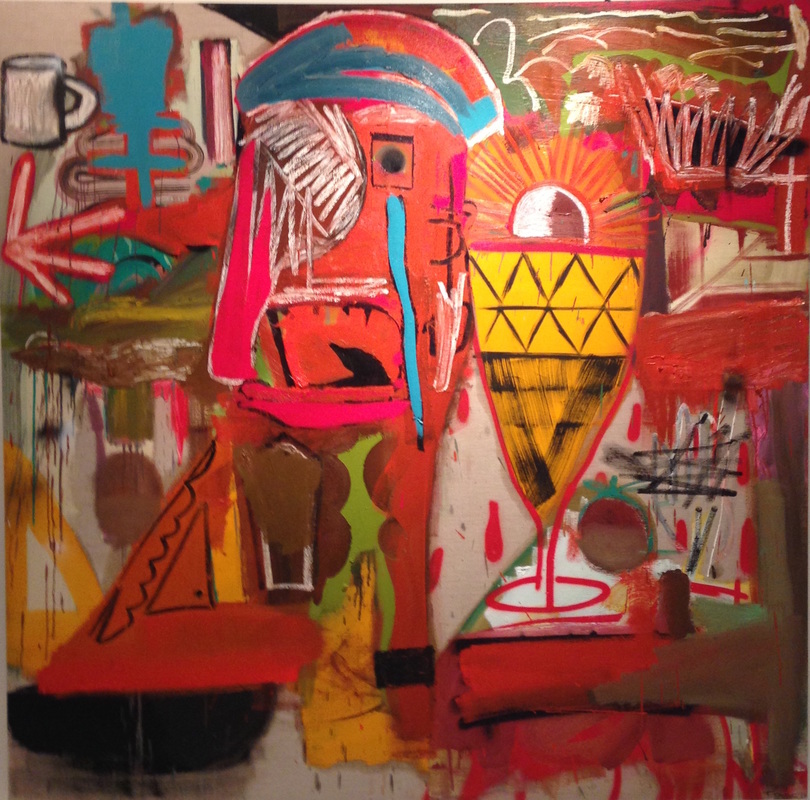 To Toews, painting is freedom – a way to speak and express oneself uncontrolled, without the conformist pressures of the mental healthcare system and the discrimination of society as a whole. He describes his art as a way to talk openly about these subjects, and to relate to other people, whether or not they have lived through the same challenges that he has overcome. “The only way to live is by example,” he says. Incredibly prolific, he works on multiple pieces at a time, with dozens of finished paintings comprising each of his shows.

Toews’ body of work is defined by this authenticity and determination. His confident, self-assured technique makes his paintings seem effortless despite being the product of painstaking labour. Unique and powerful, his works are driven by unwavering commitment to his vision.

See the results of Tyler Toews’ time in the Burrard Arts Foundation’s Vancouver artist residency program in his BAF Gallery solo show, running from October 18th to December 15th, 2018. Learn more about his work on his Instagram @tylertoews. 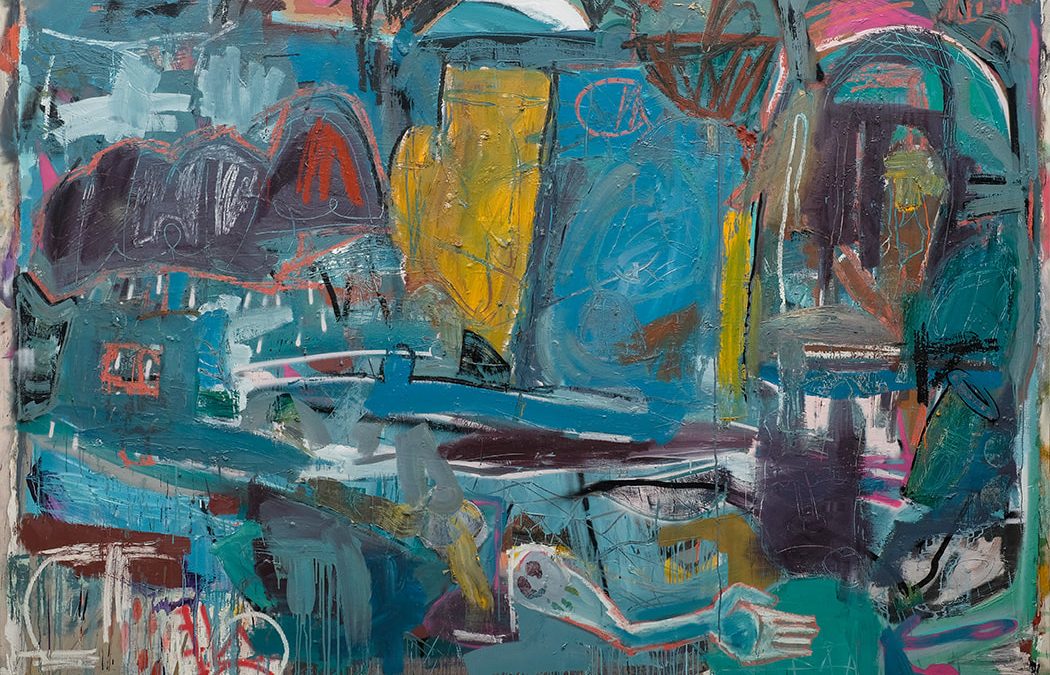