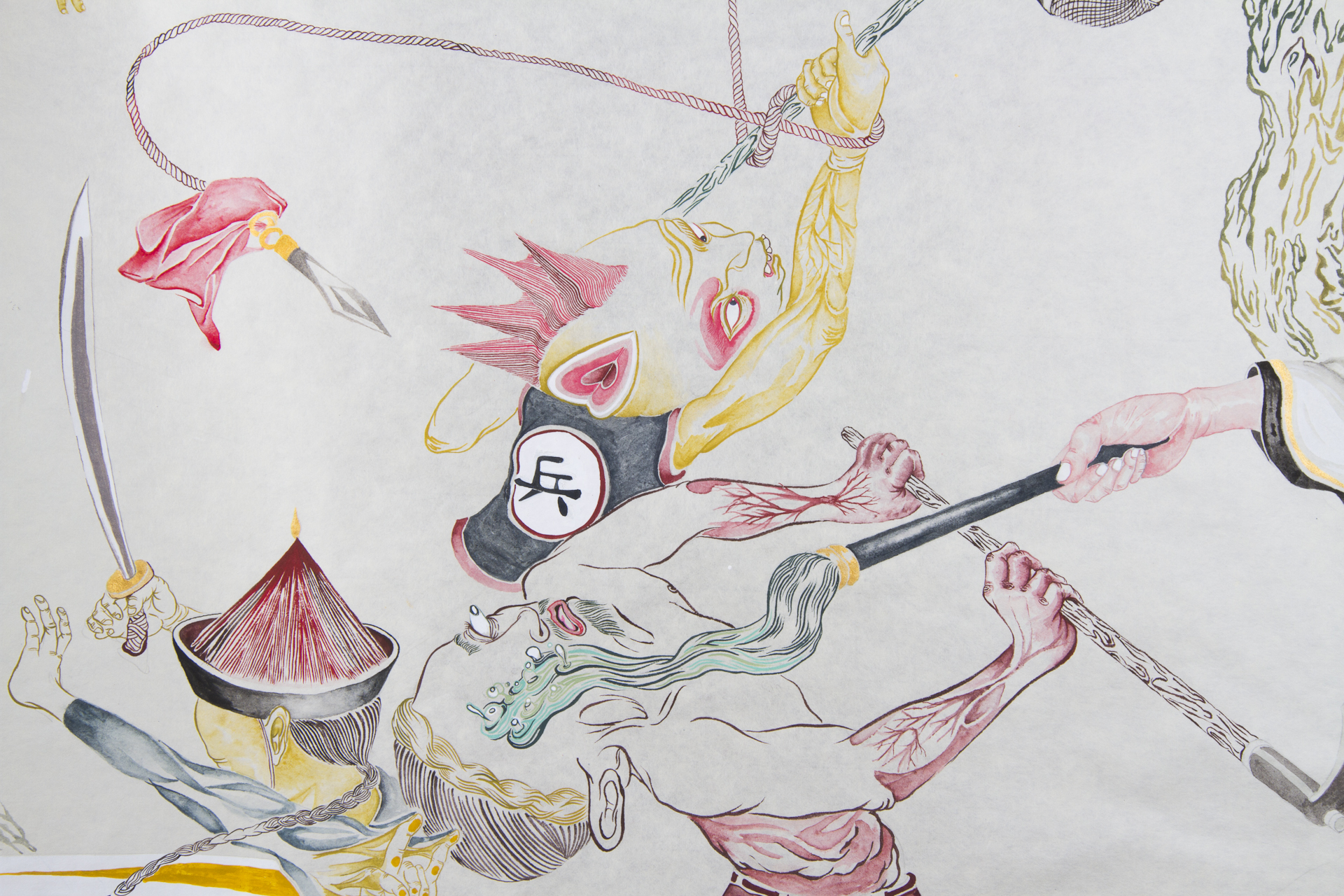 As tea steeps in Howie Tsui’s backyard studio, I sit across from an illuminated screen looping fragments of his new animated works. Tsui has spent the past ten weeks working as the resident artist at Burrard Arts Foundation, but on this rainy day, it was fair to assume that a meeting space closer to home would be better suited. This scene is familiar to Tsui’s artistic practice; in recent years, he has taken a body of illustrations on paper and collaboratively translated them into fully-realized animated video. 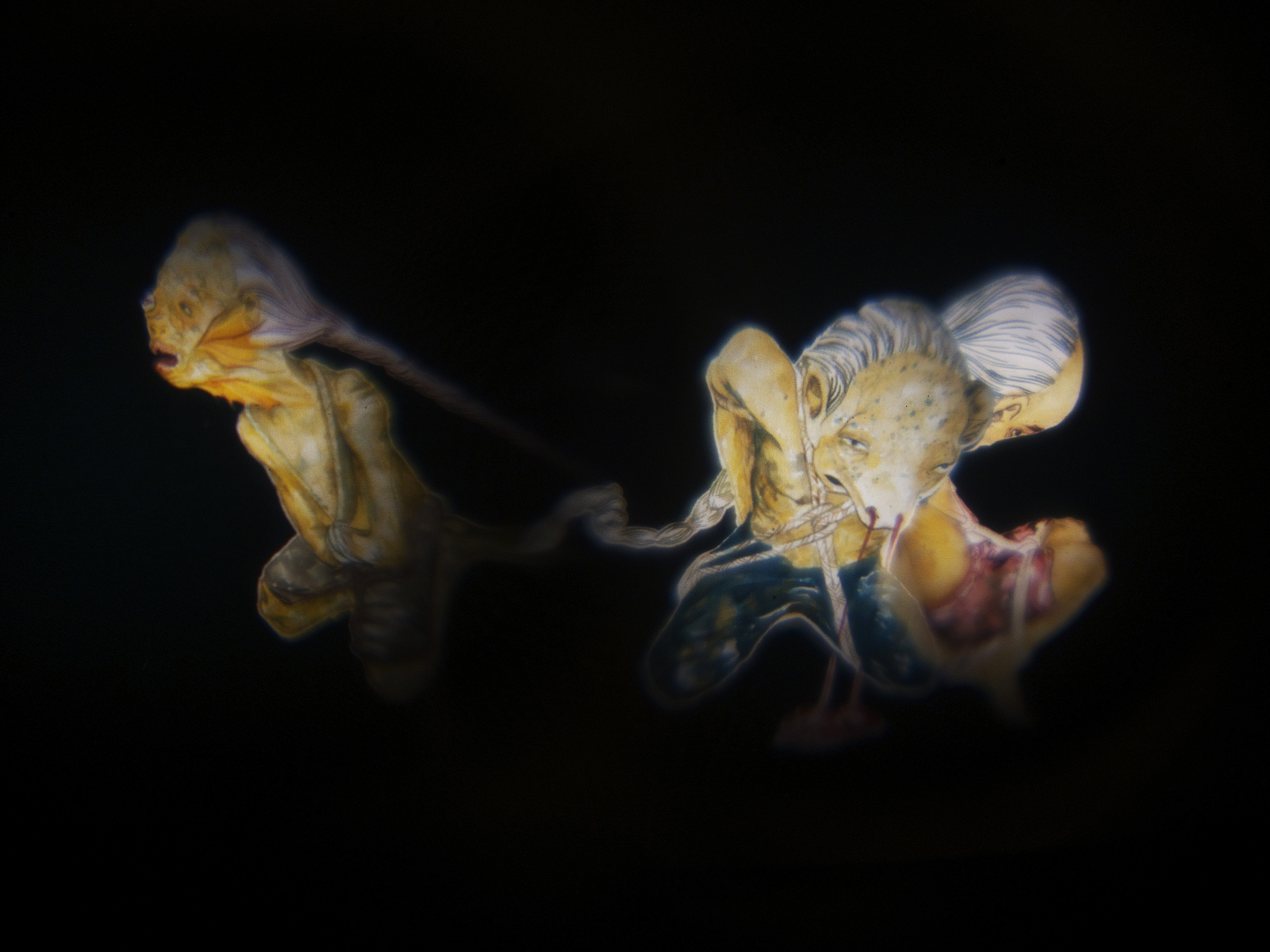 Born in Hong Kong and raised in Lagos, Nigeria and Thunder Bay, Tsui is concerned with the fantasy genre of Mou Hap (武俠; Mandarin: Wuxia), a fascination he comes to as a result of watching martial arts films on cassette growing up; a type of media content that was banned in China from 1920 to 1970 (1). Fittingly, there are parallels between the politically charged narrative storytelling the genre grapples with and Retainers of Anarchy, Tsui’s 2017 solo exhibition at the Vancouver Art Gallery (also displayed at the Ottawa Art Gallery and on view soon at the Art Gallery of Greater Victoria). The exhibition included a 25-metre long screen which displayed a continuously looping fantastical world of animations, featuring several characters inspired by Mou Hap. Protagonists of these stories often acted as keystone symbols of opposition against authoritative bodies, an idea that Tsui continuously executes through his work. 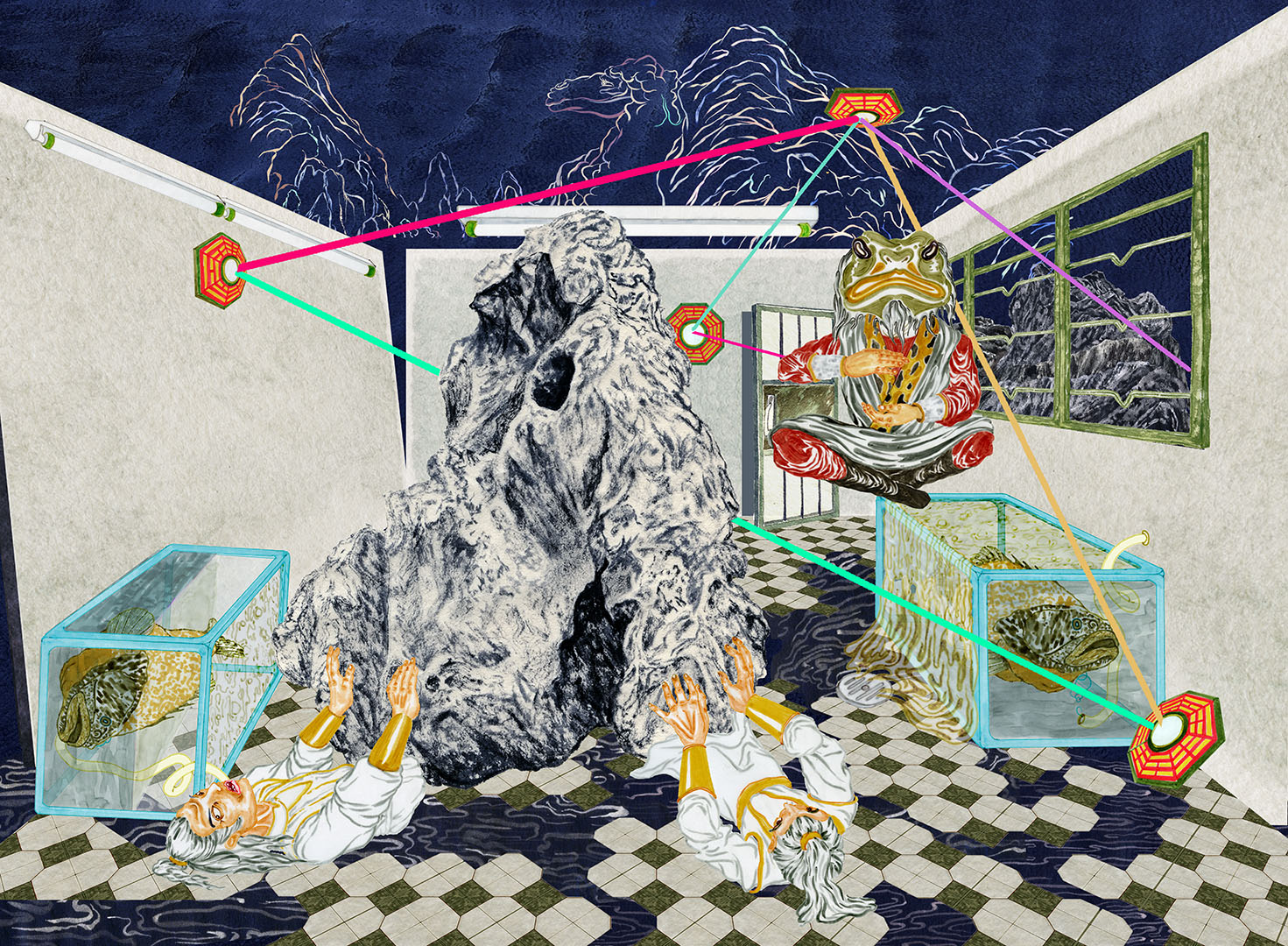 A driving force behind Tsui’s process was viewing the large-scale animated work River of Wisdom, which is a reproduction of a famous Song Dynasty painting Qingming Shanghe Du (Along the River at the Qingming Festival) commissioned by the Chinese Central Government and produced by Crystal CG for the 2010 World Expo. While in Hong Kong in 2010, he was inspired by this work’s presentation of an “idealized image of a prosperous and harmonious society propagated by the Chinese state”(2), consequently inserting a dialogue of artistic resistance within a similar aesthetic space through creation of Retainers of Anarchy. Tsui intermeshes the spectacle of this work with deeply nuanced personal experience informed by social and political realities in present-day Hong Kong. In doing so, he produces counter-narratives that express notions of omnipresent diasporic and liminal experience. 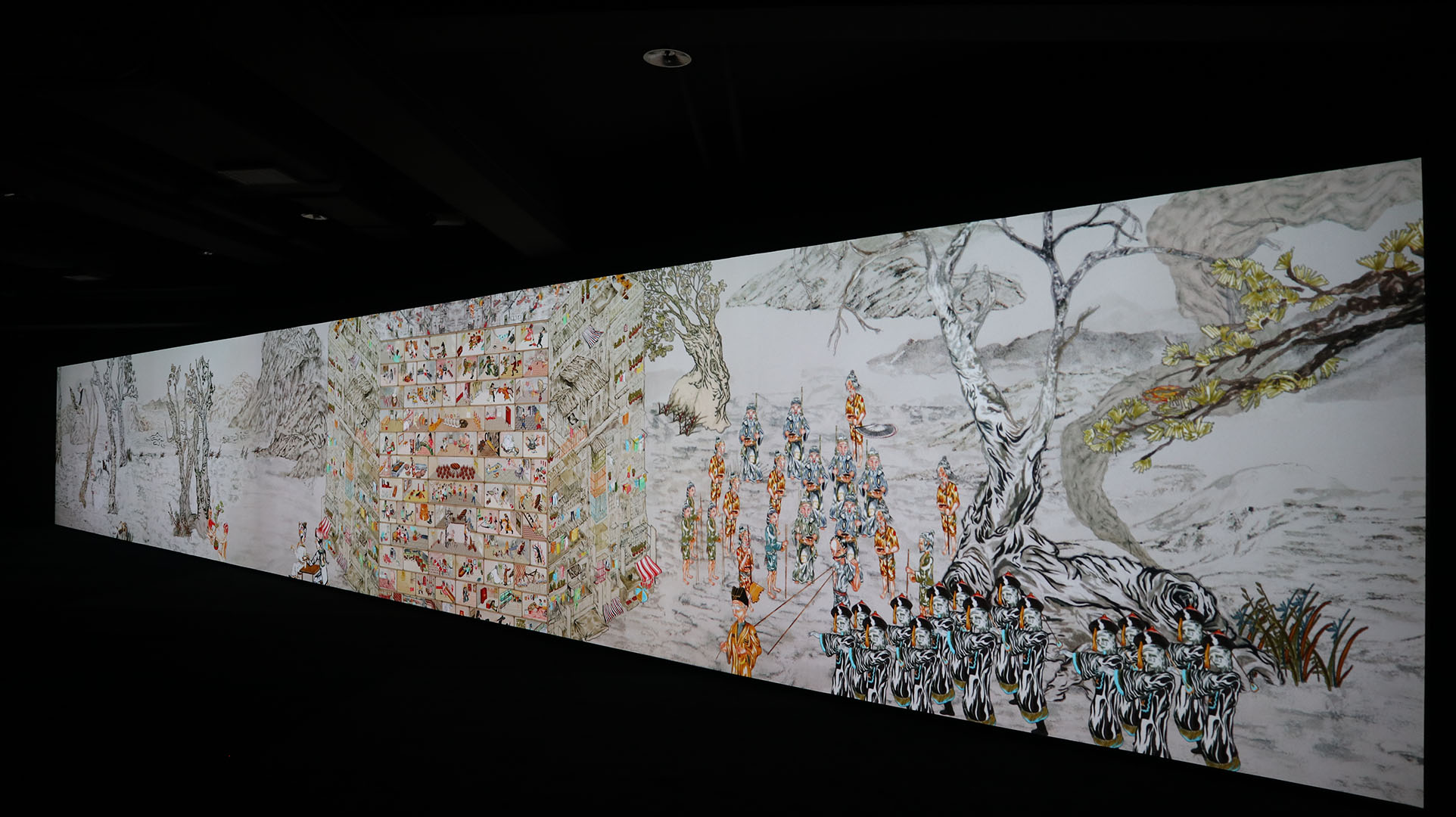 Tsui has been confronted with various changes in pace and process from creating large-scale, collaborative works, to operating within different spatial possibilities of the BAF gallery. His upcoming exhibition, Parallax Chambers, continues to work with similar themes, with heavy influence from hand-painted Kung Fu film posters, an archive of imagery which delineates the global exportation of this genre of narratives and how it prevailed, both in community-based and domestic settings. Through exploring various facets of experiencing sacred texts and working with new mediums, such as goat parchment, Tsui has fostered a distinctly different inner dialogue, thus, a uniquely succinct body of work.

Please join us for the opening of Parallax Chambers at BAF Gallery, on January 10 from 7-11pm. The show will run until March 7, 2020.