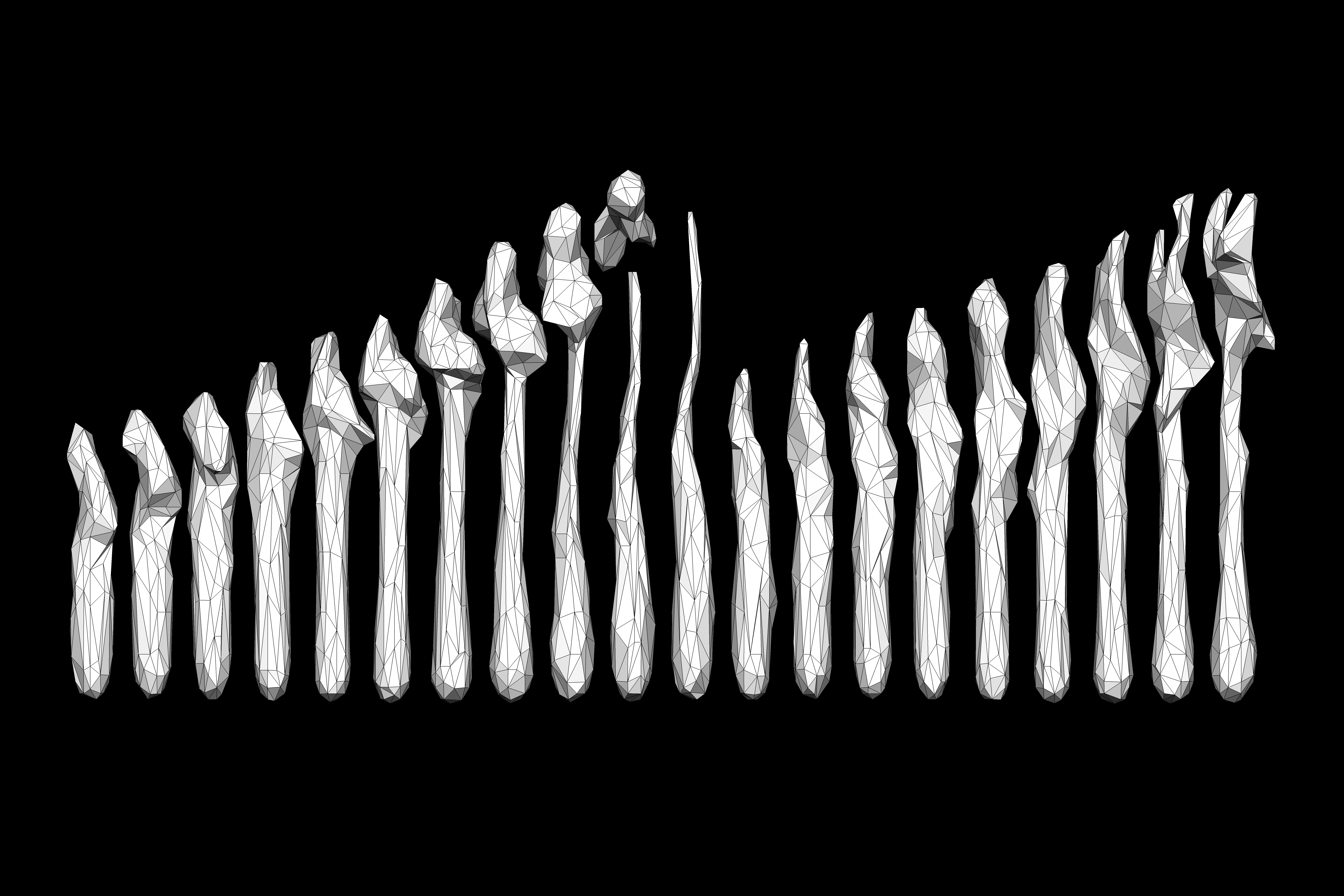 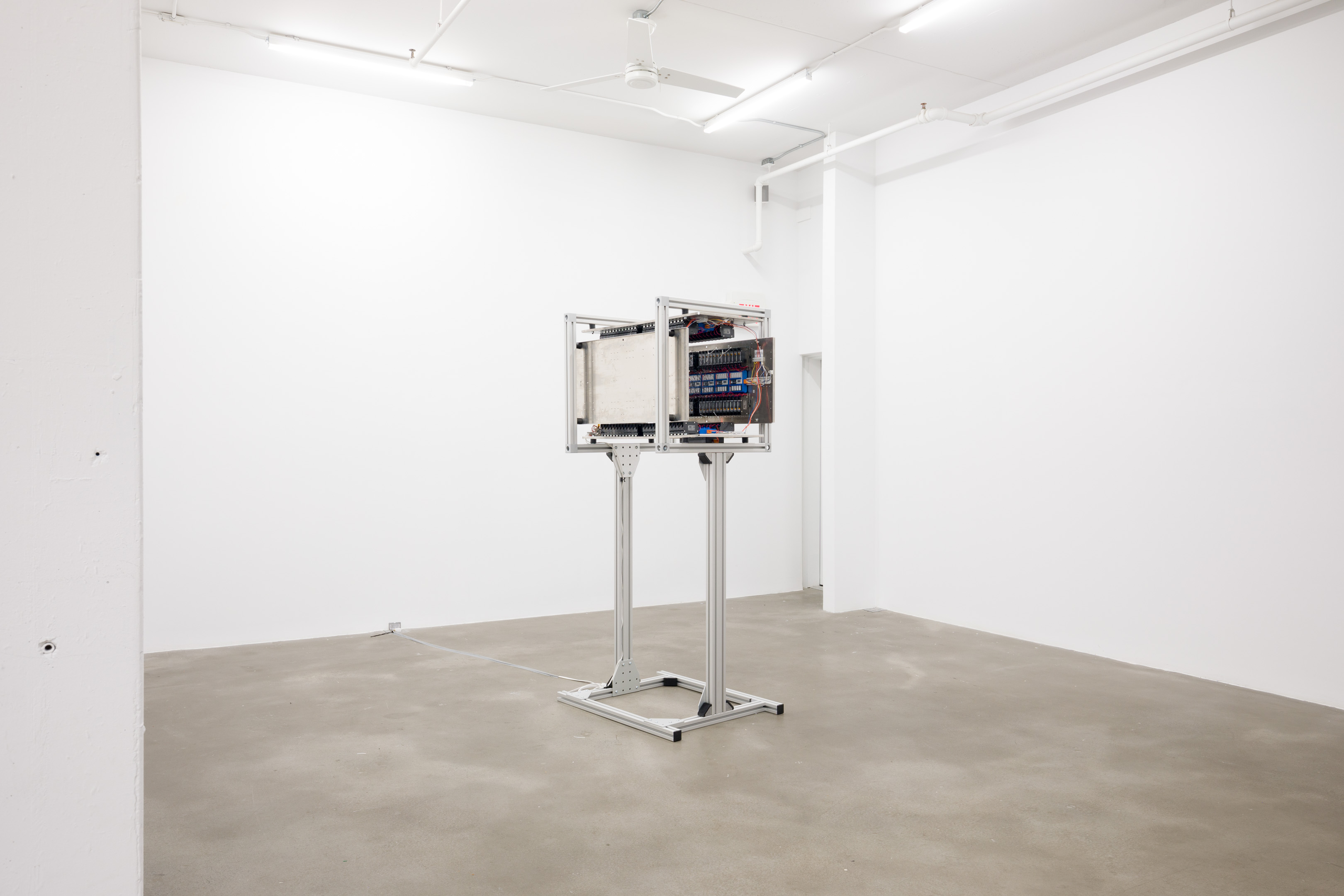 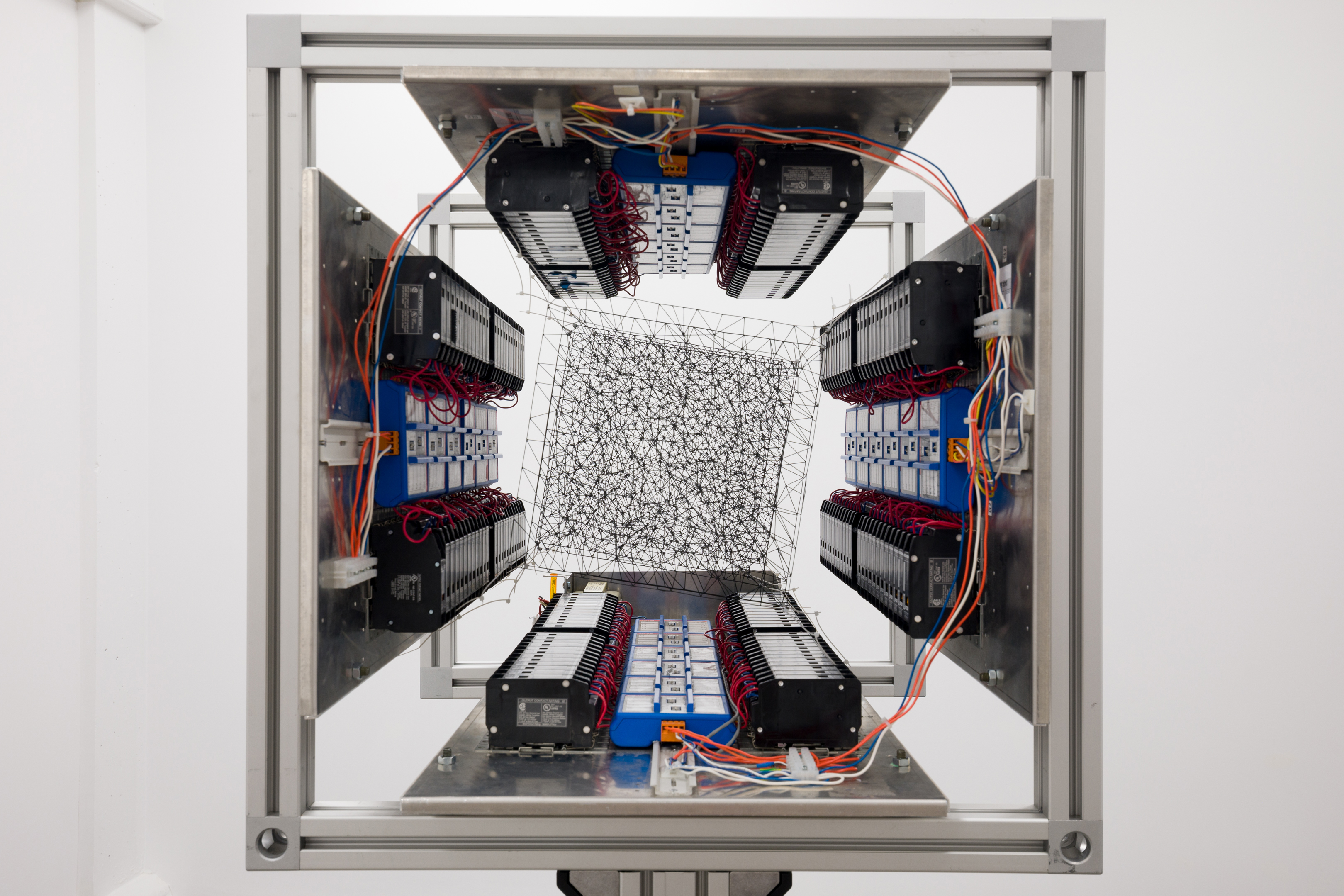 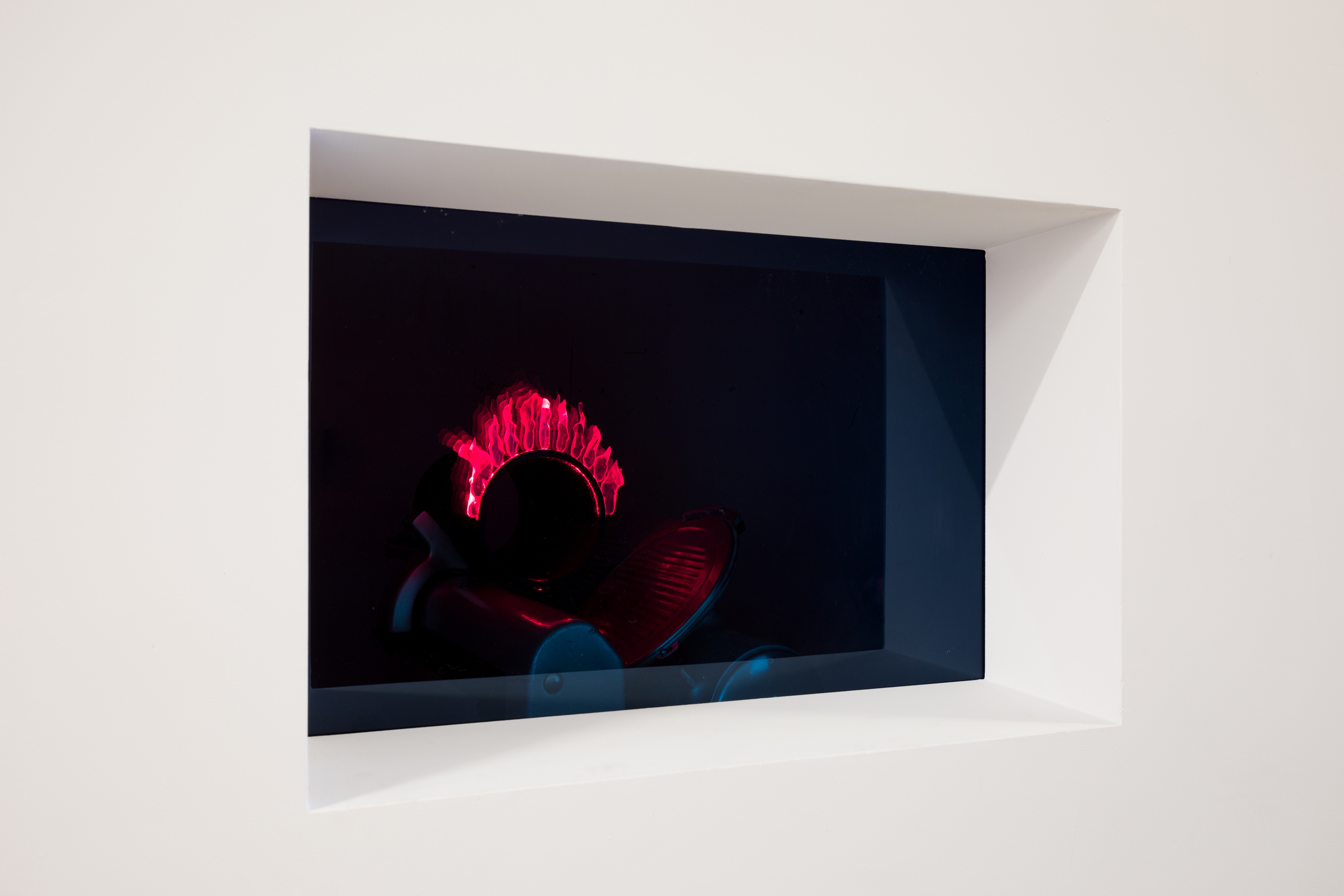 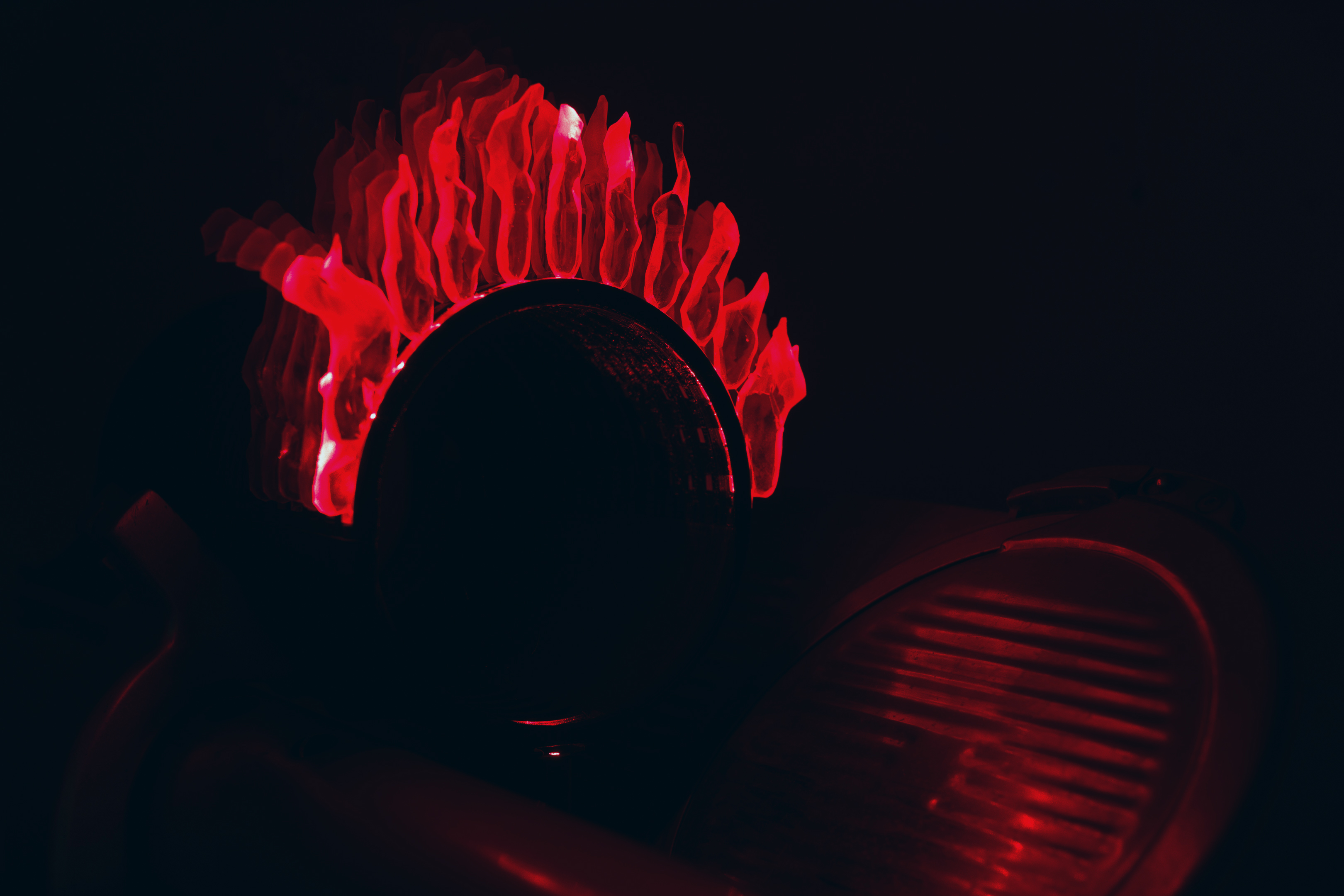 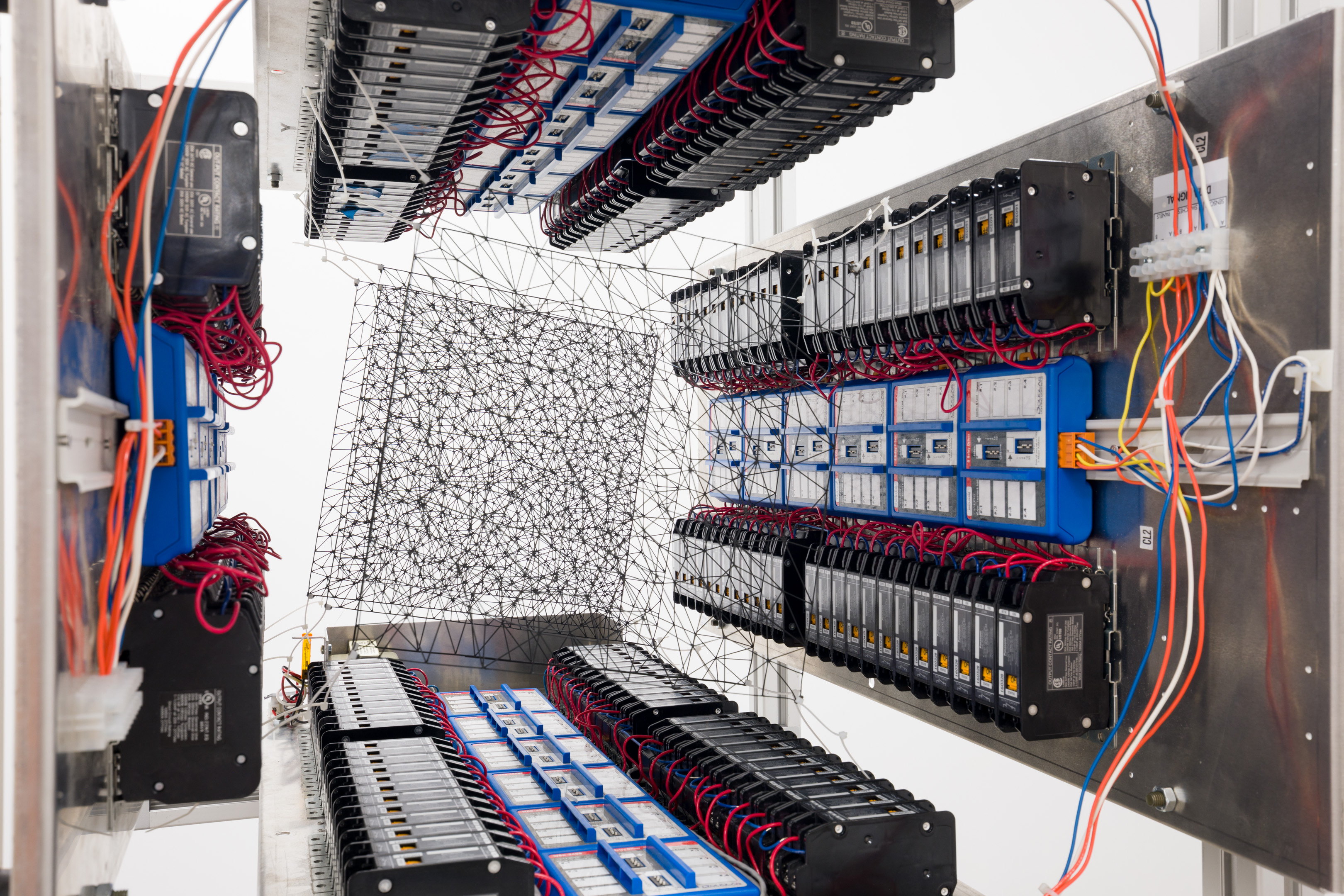 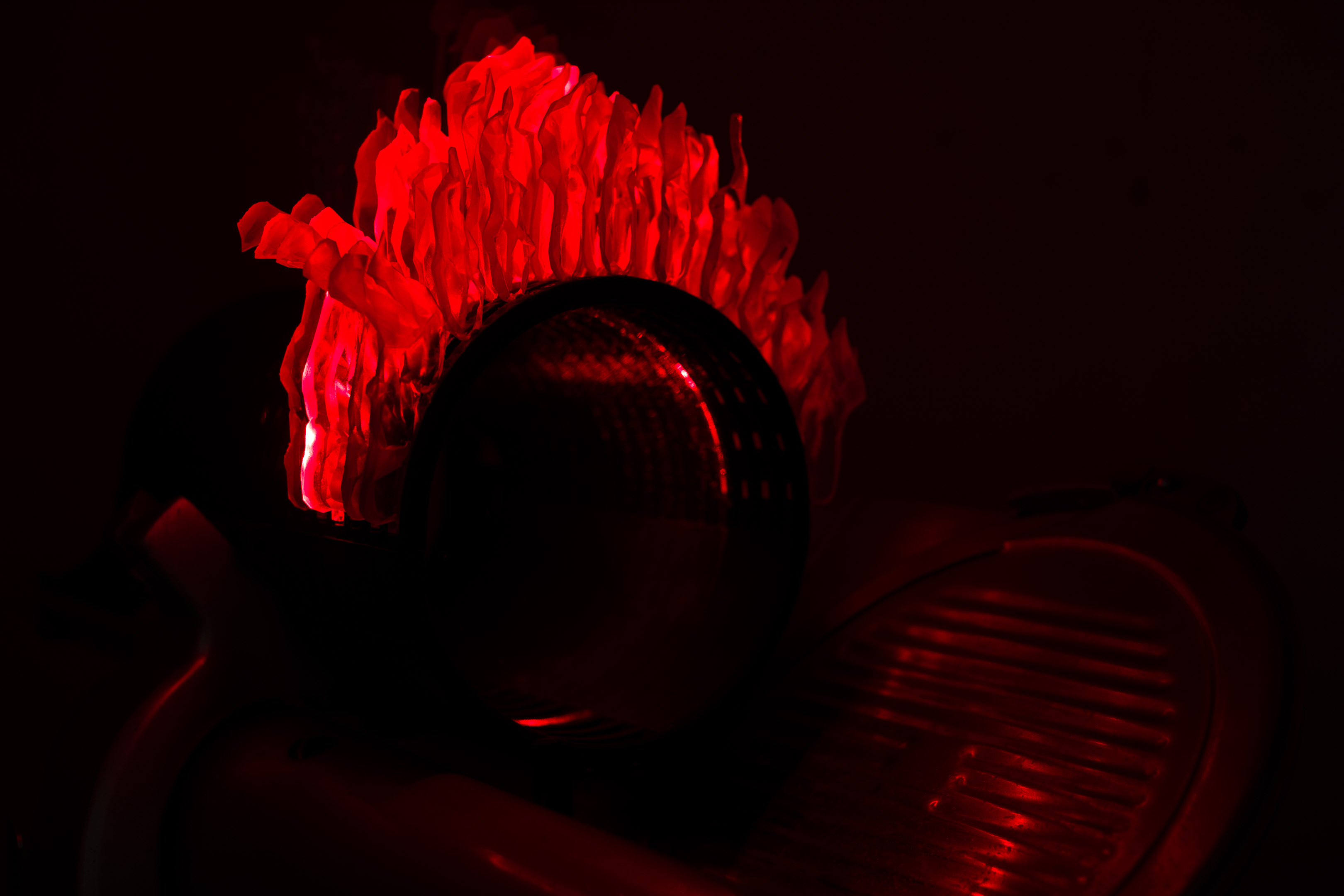 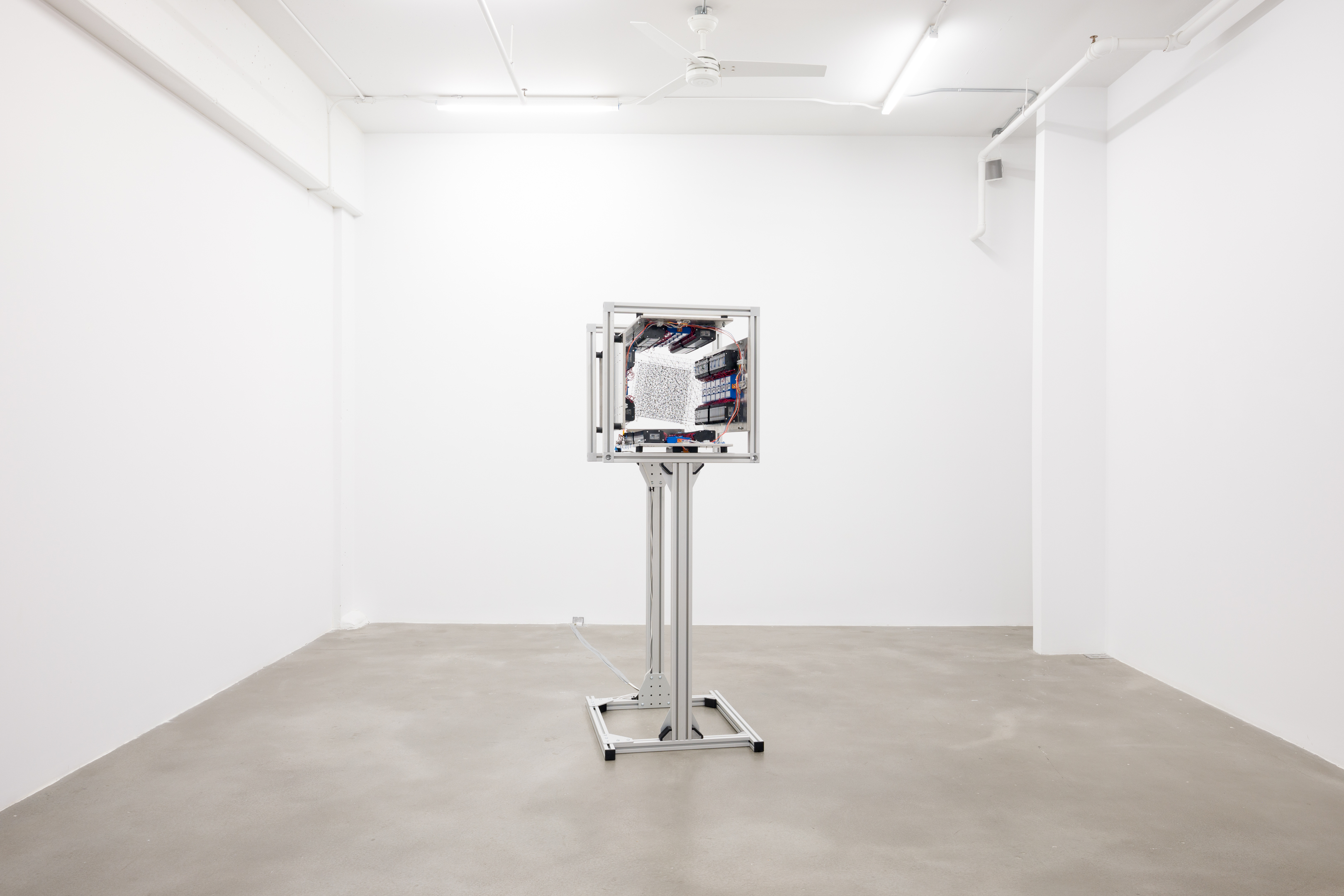 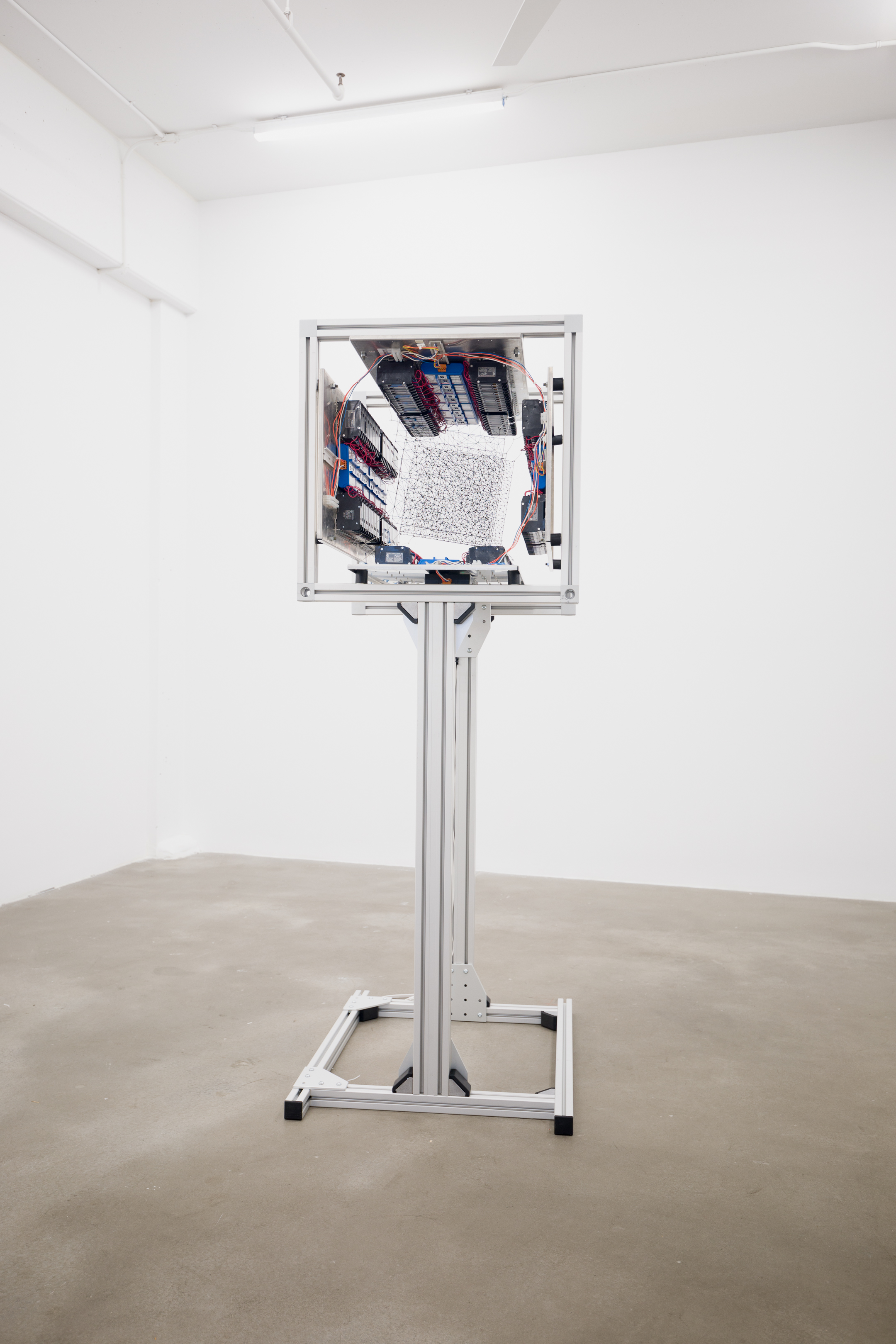 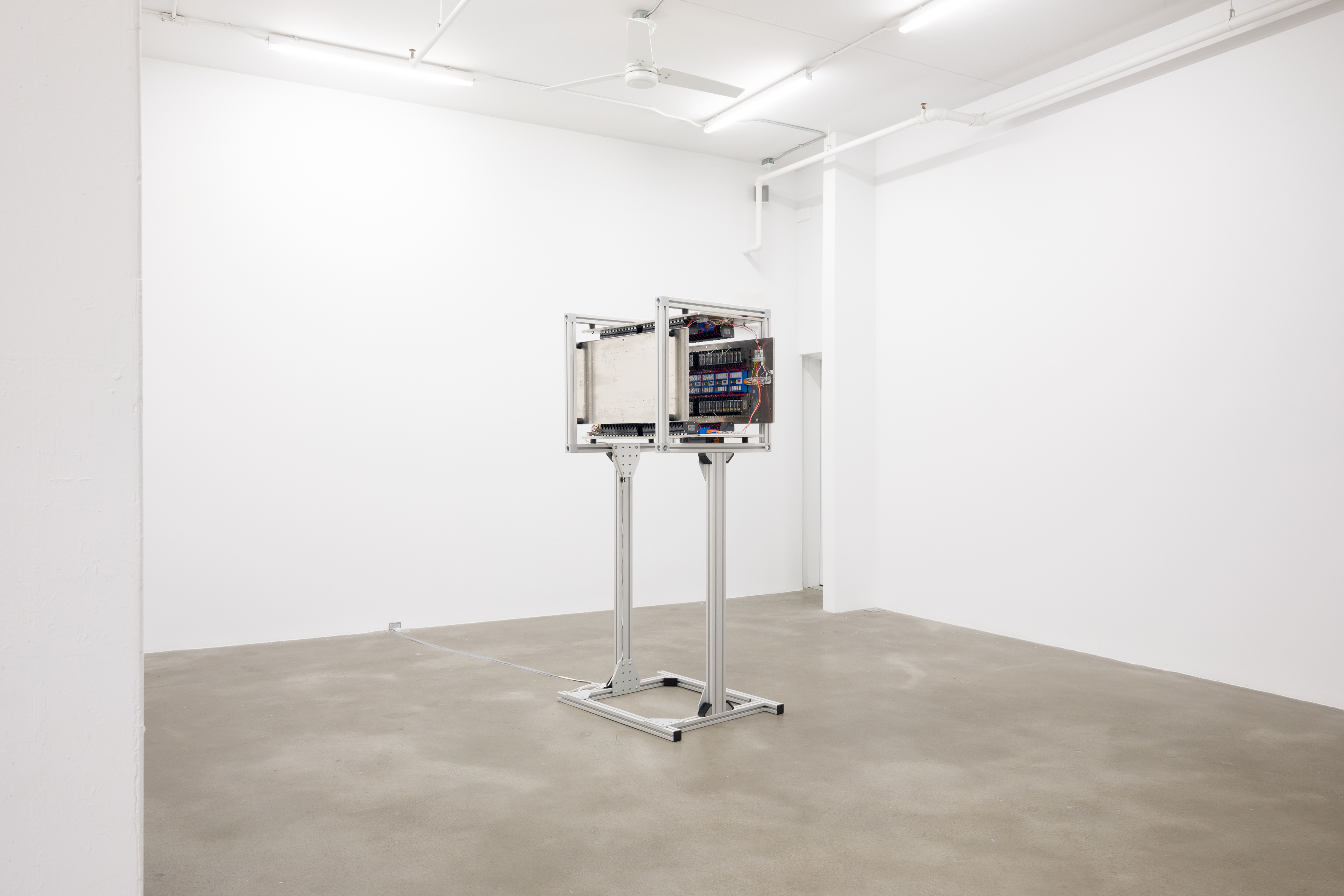 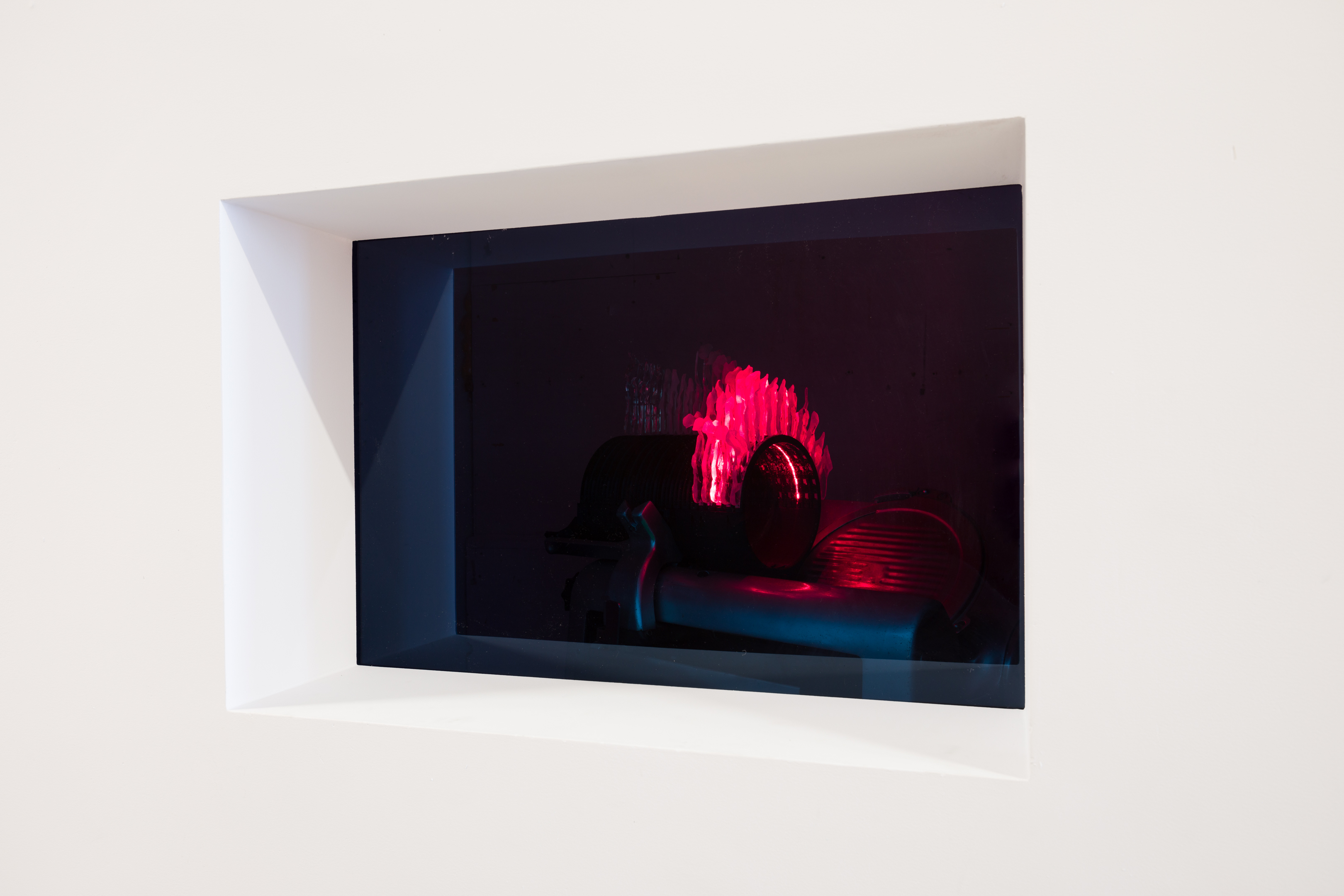 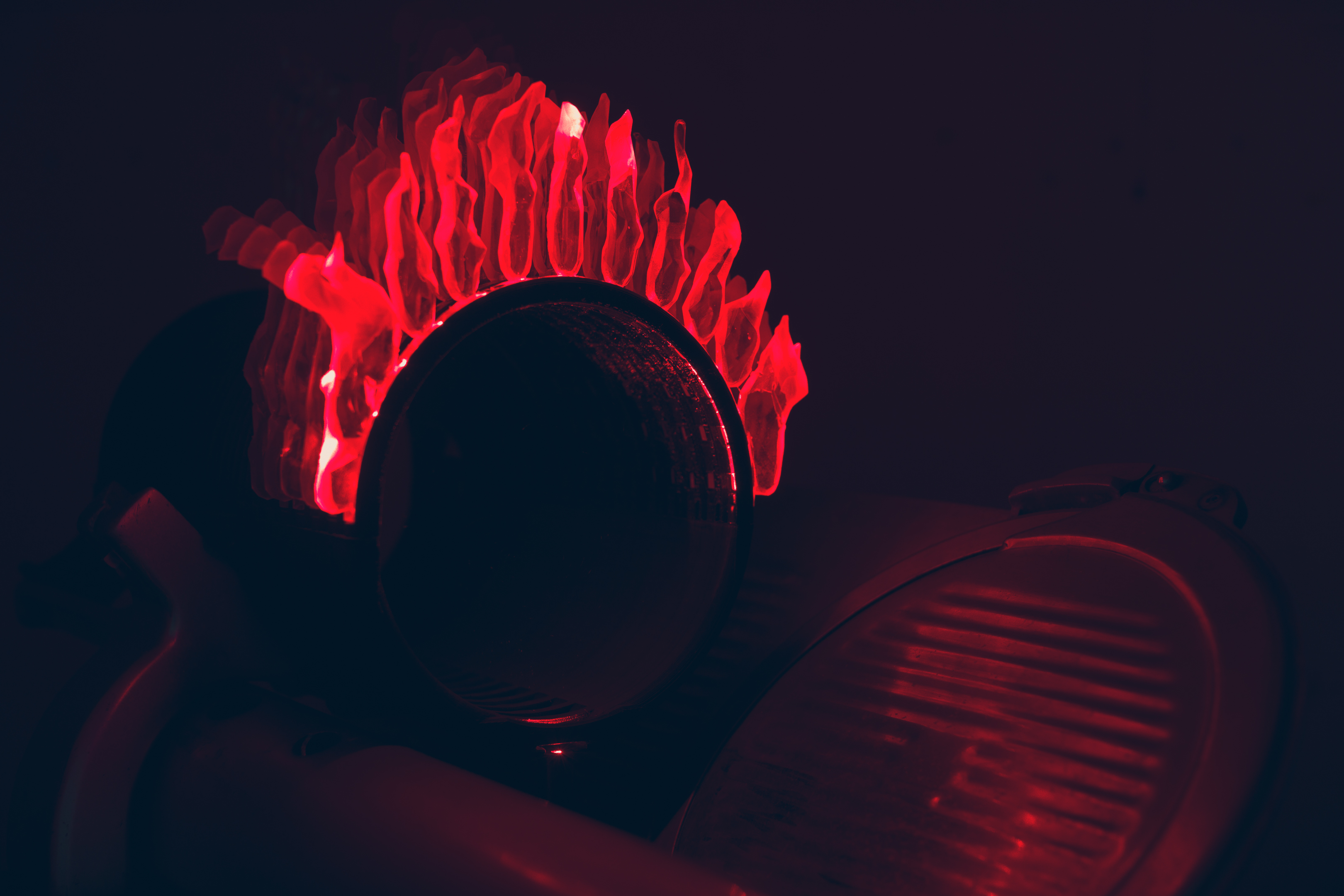 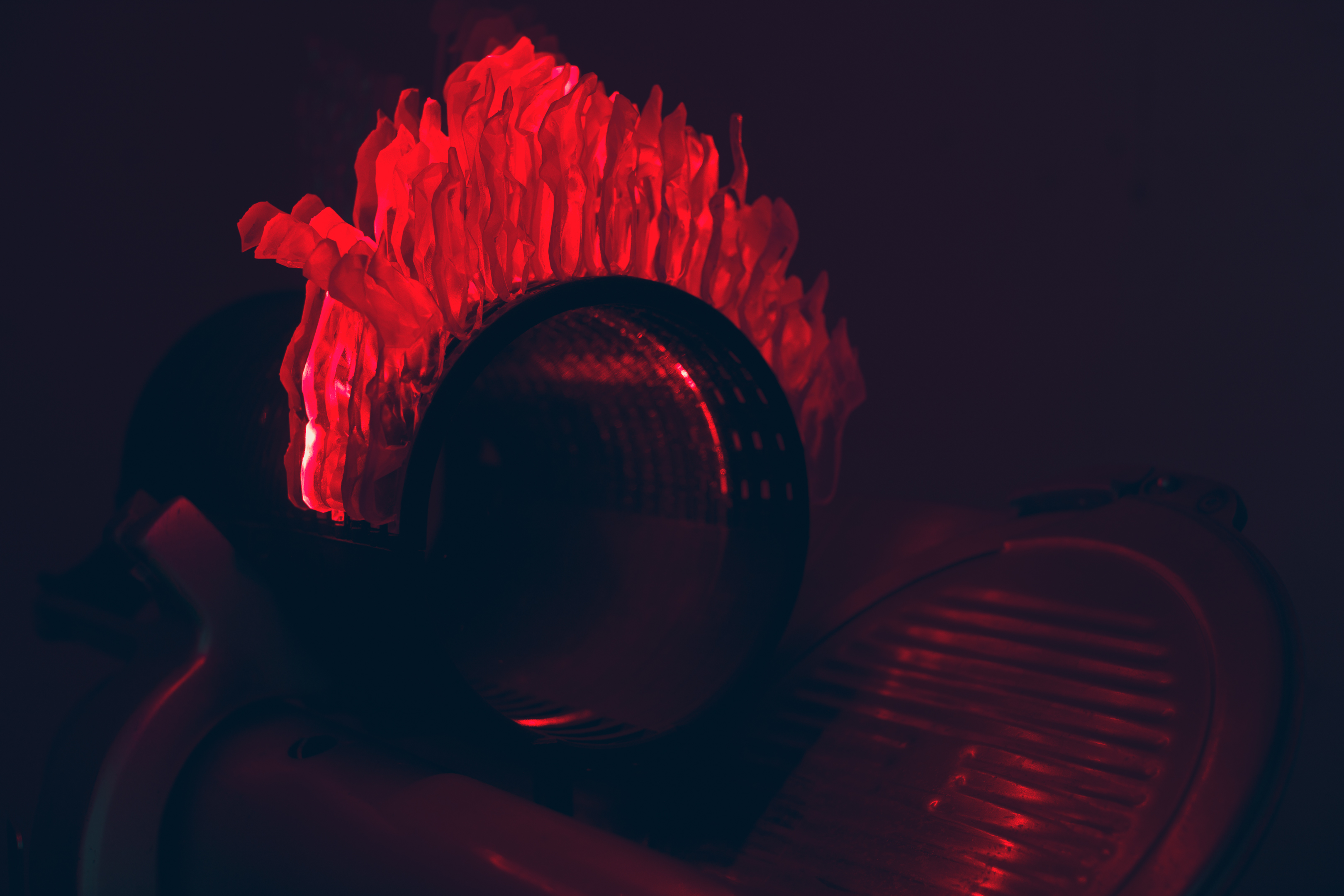 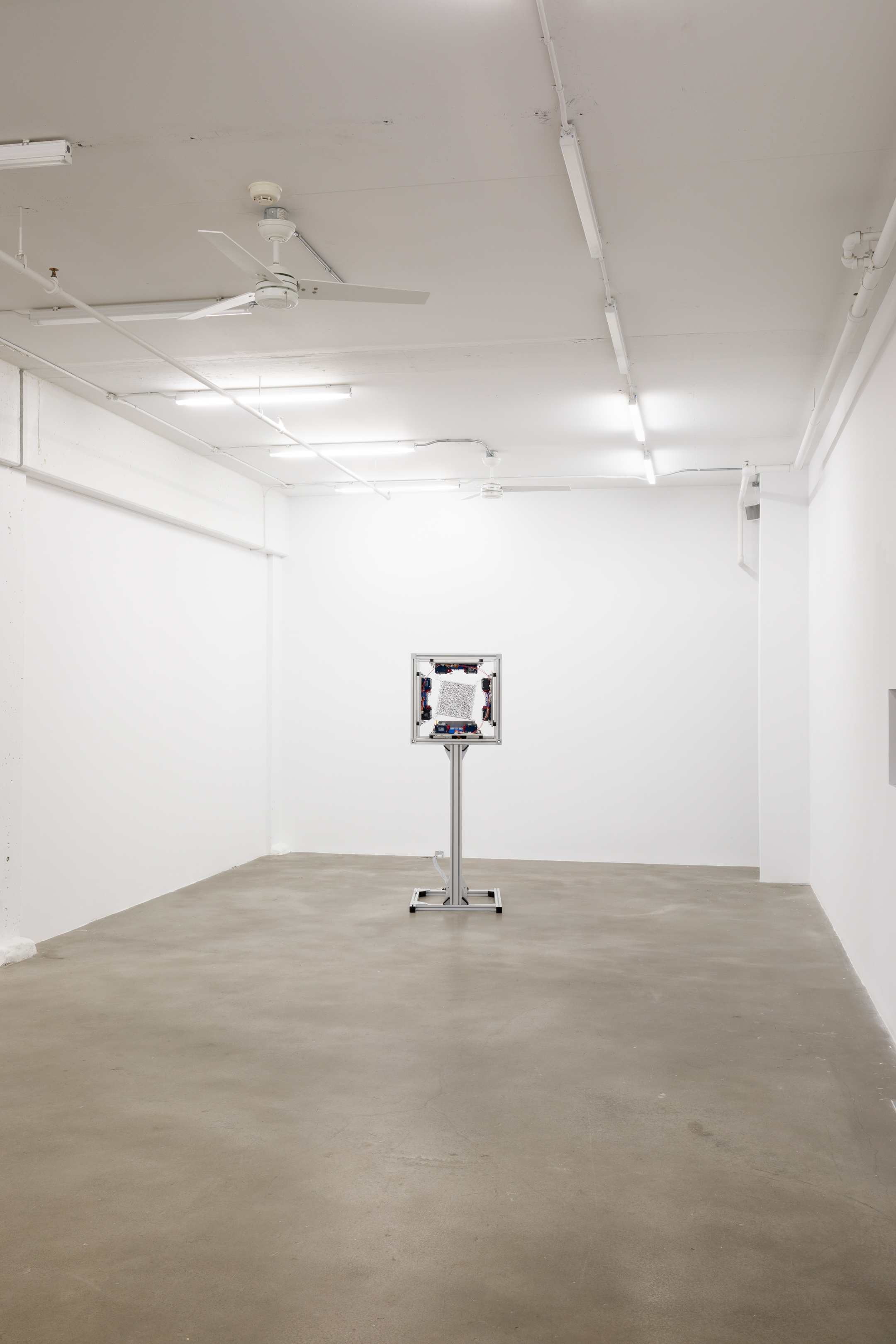 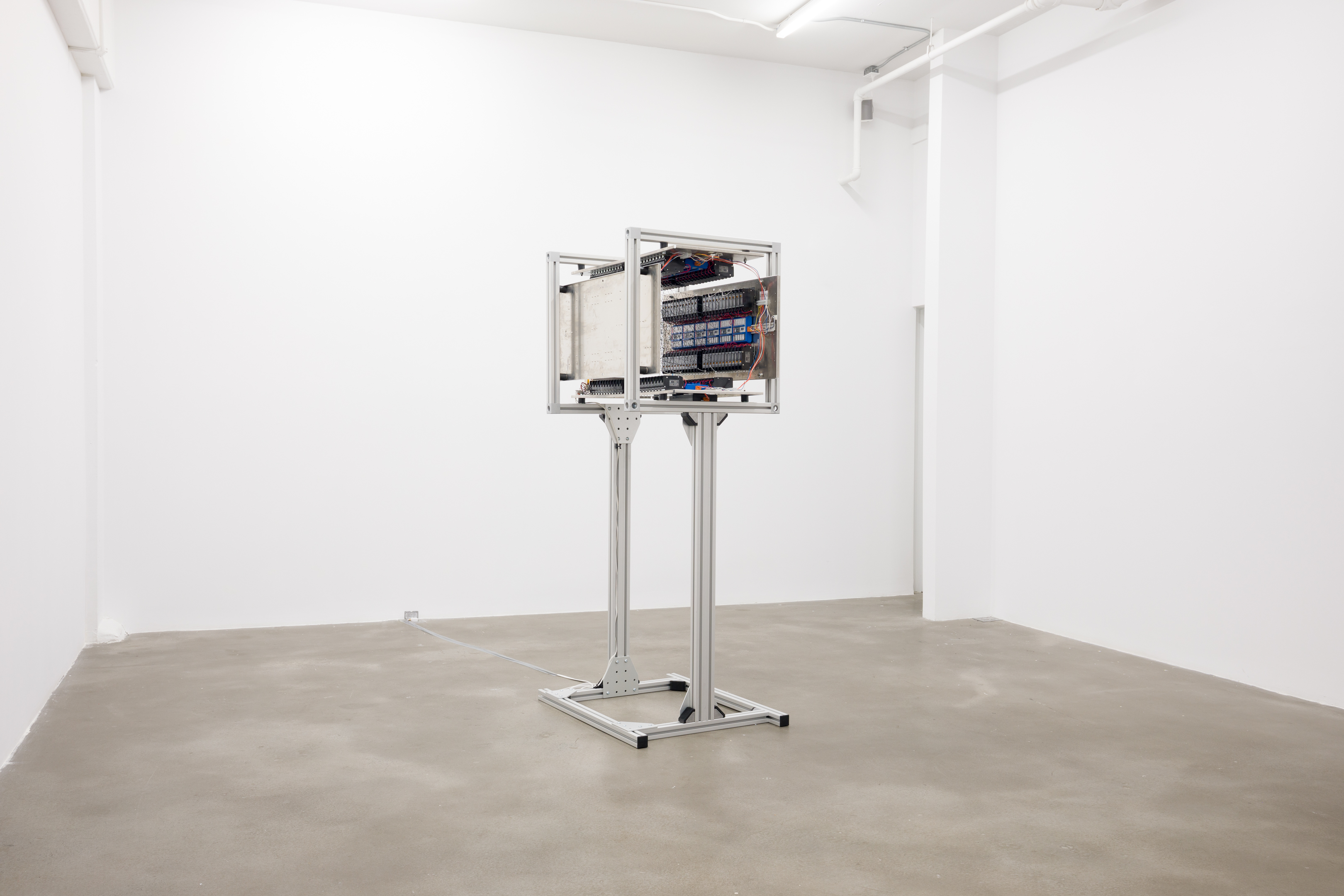 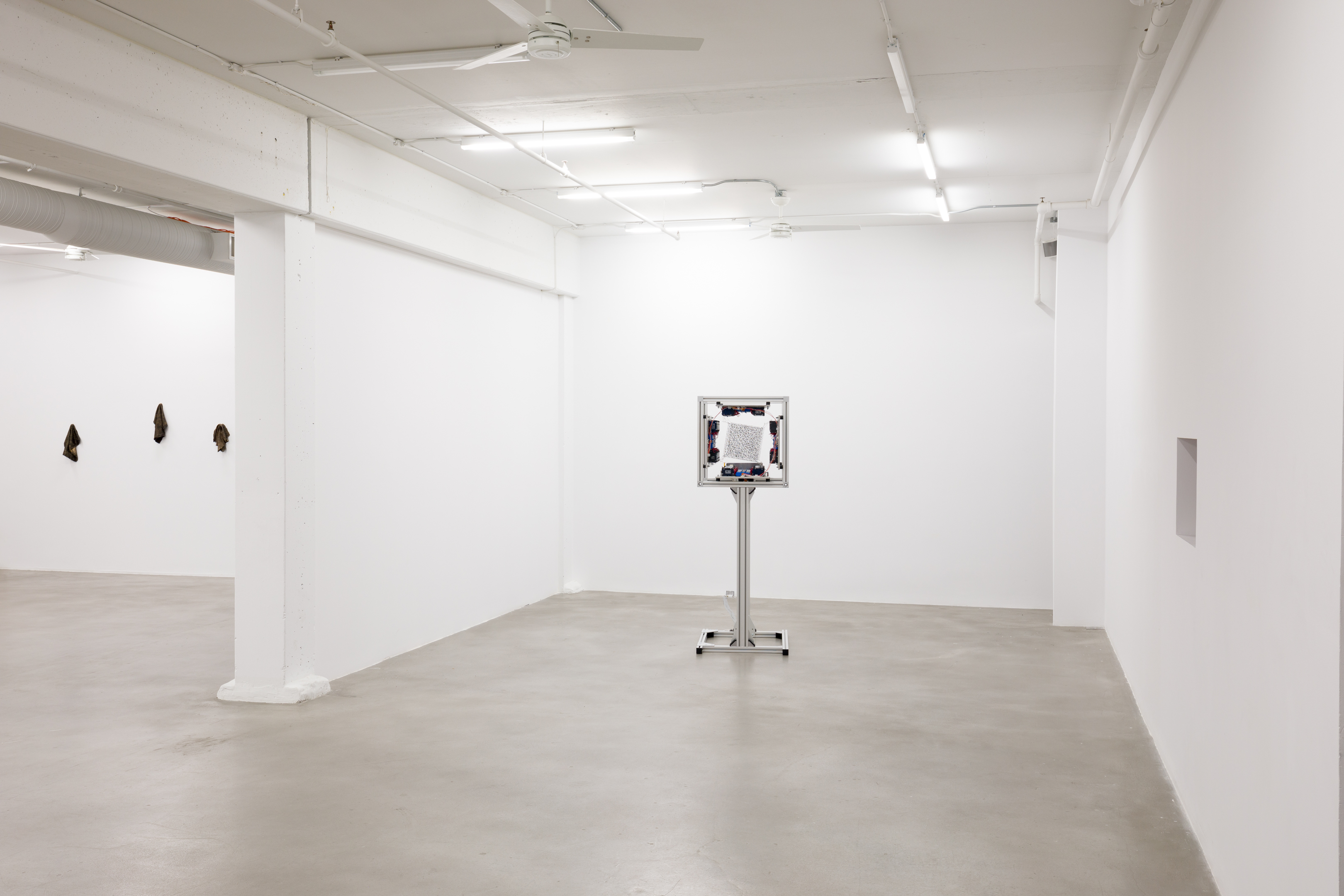 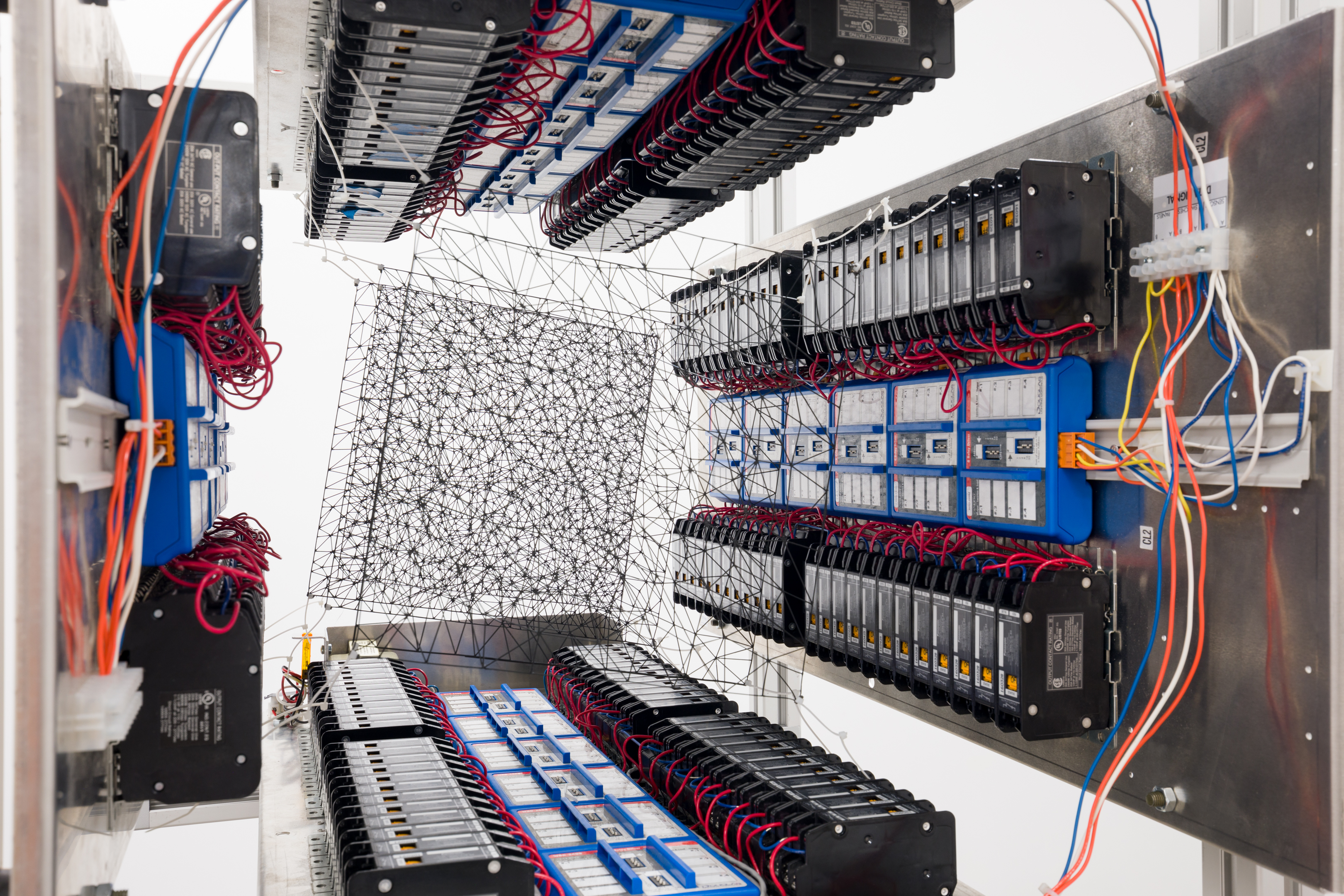 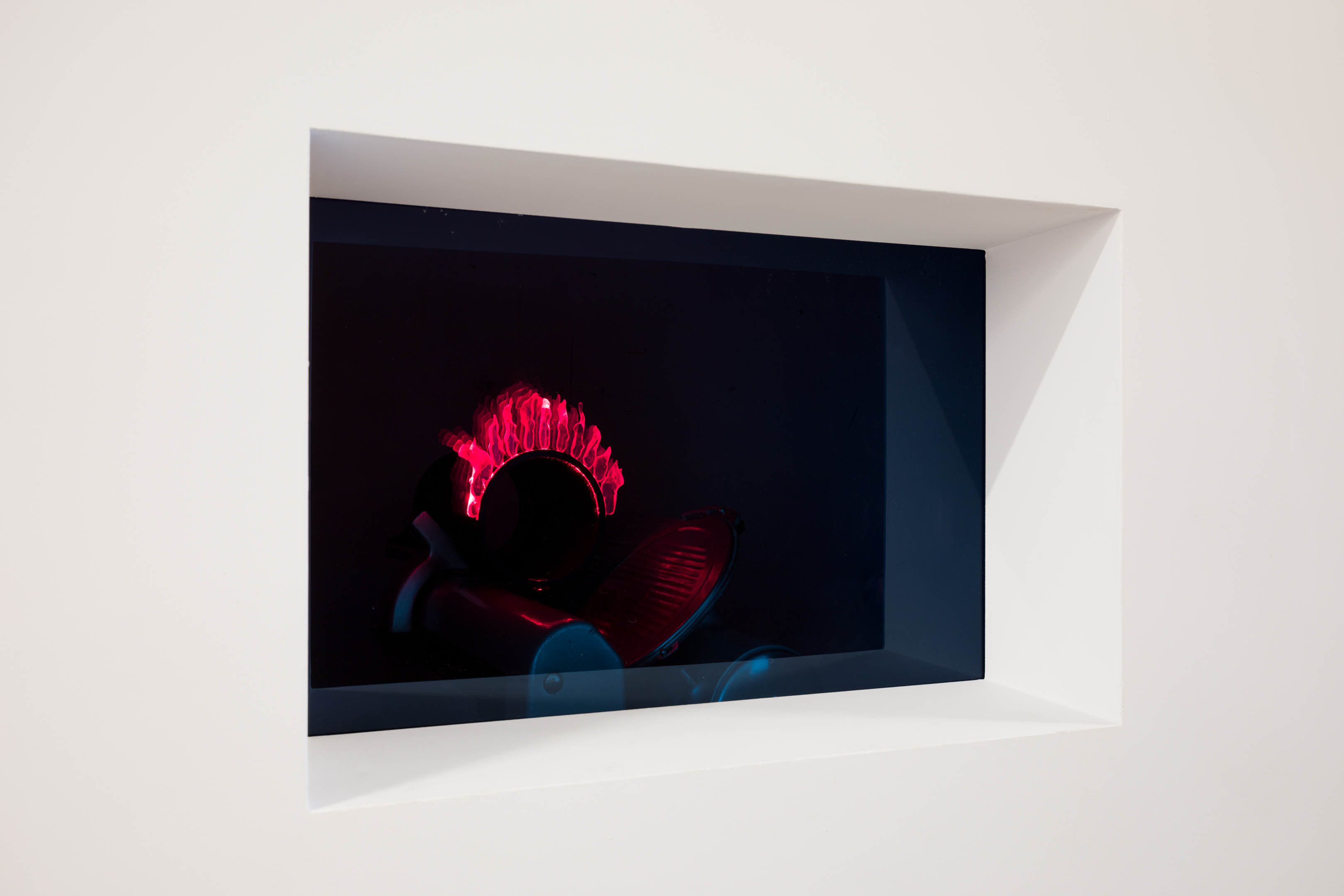 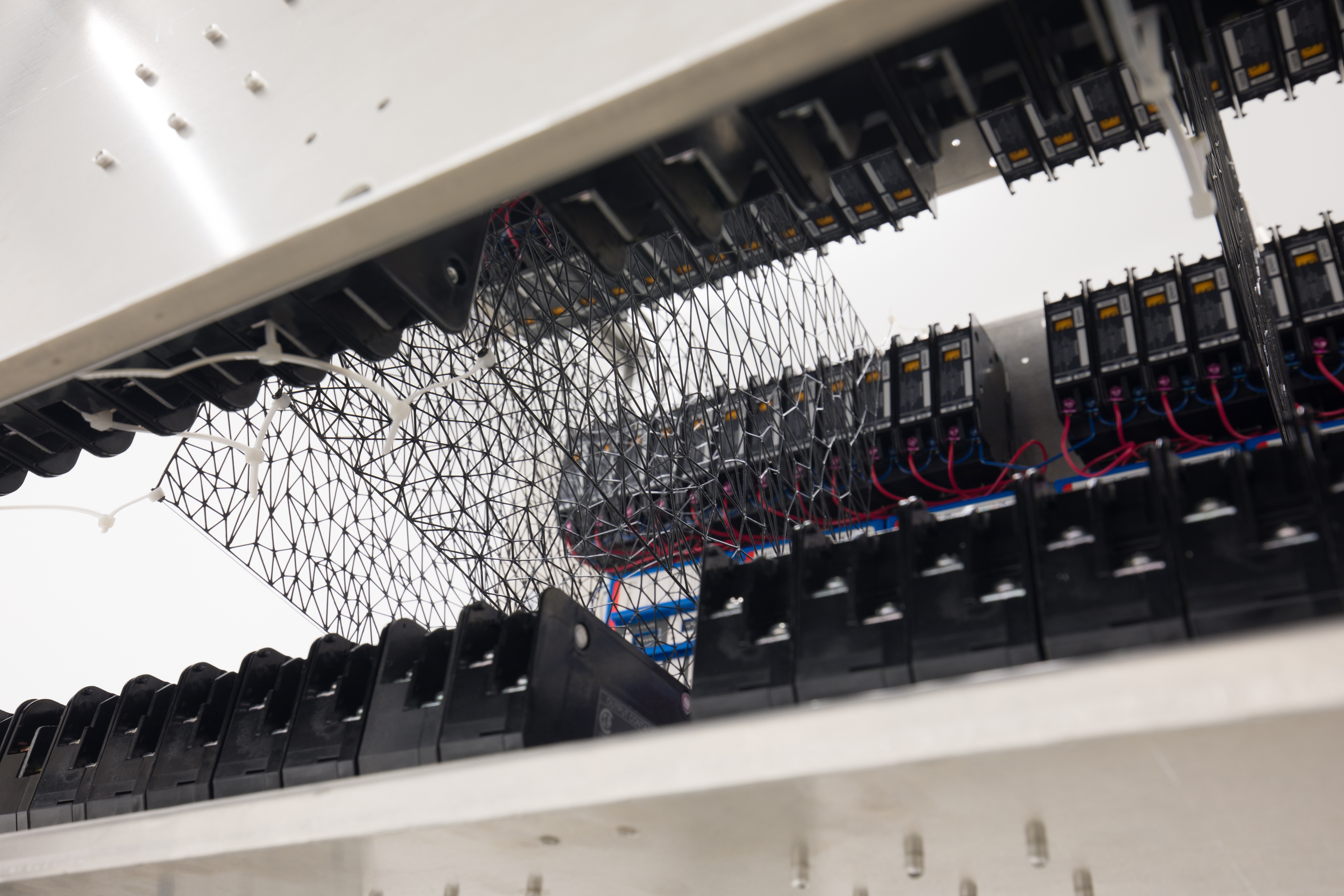 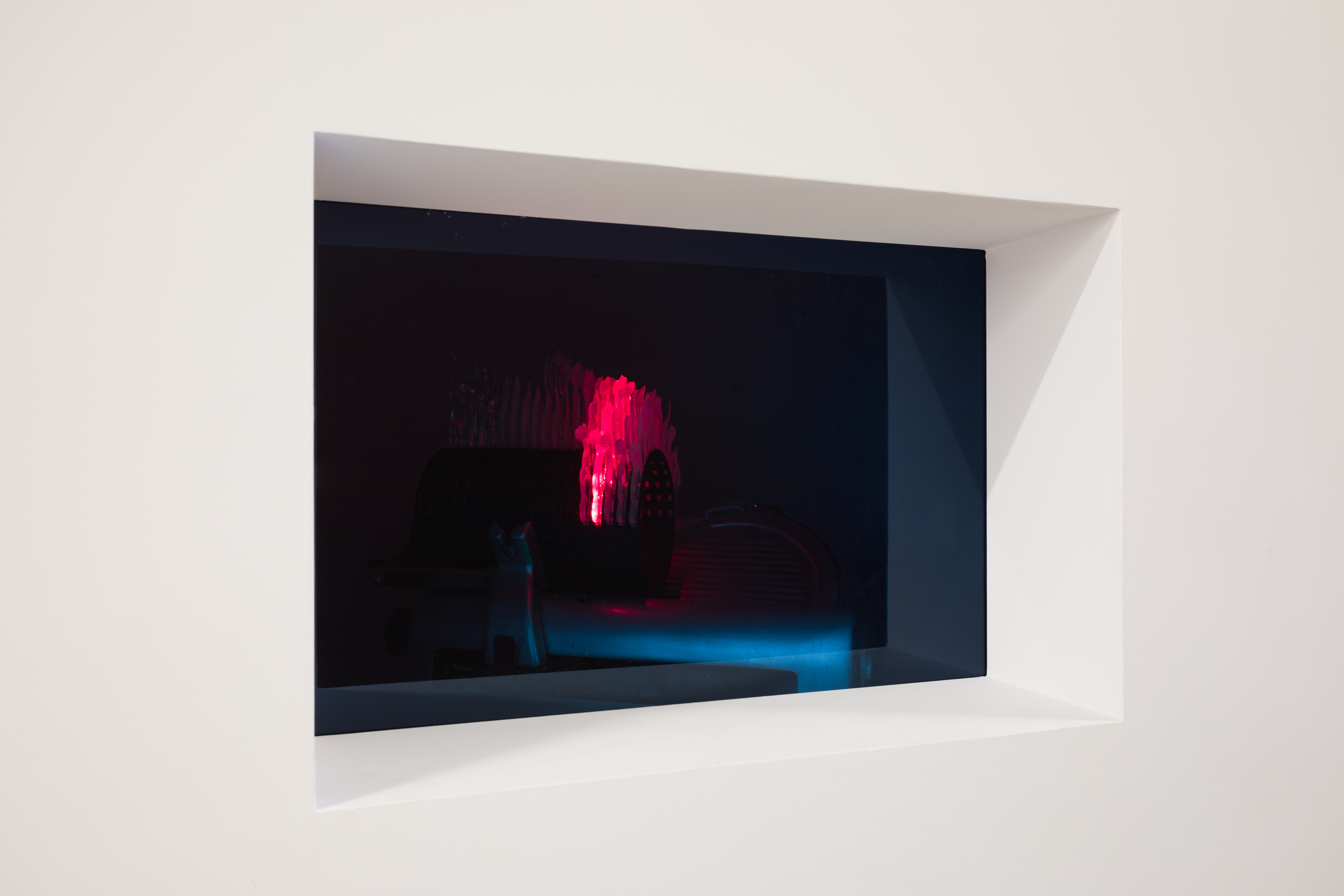 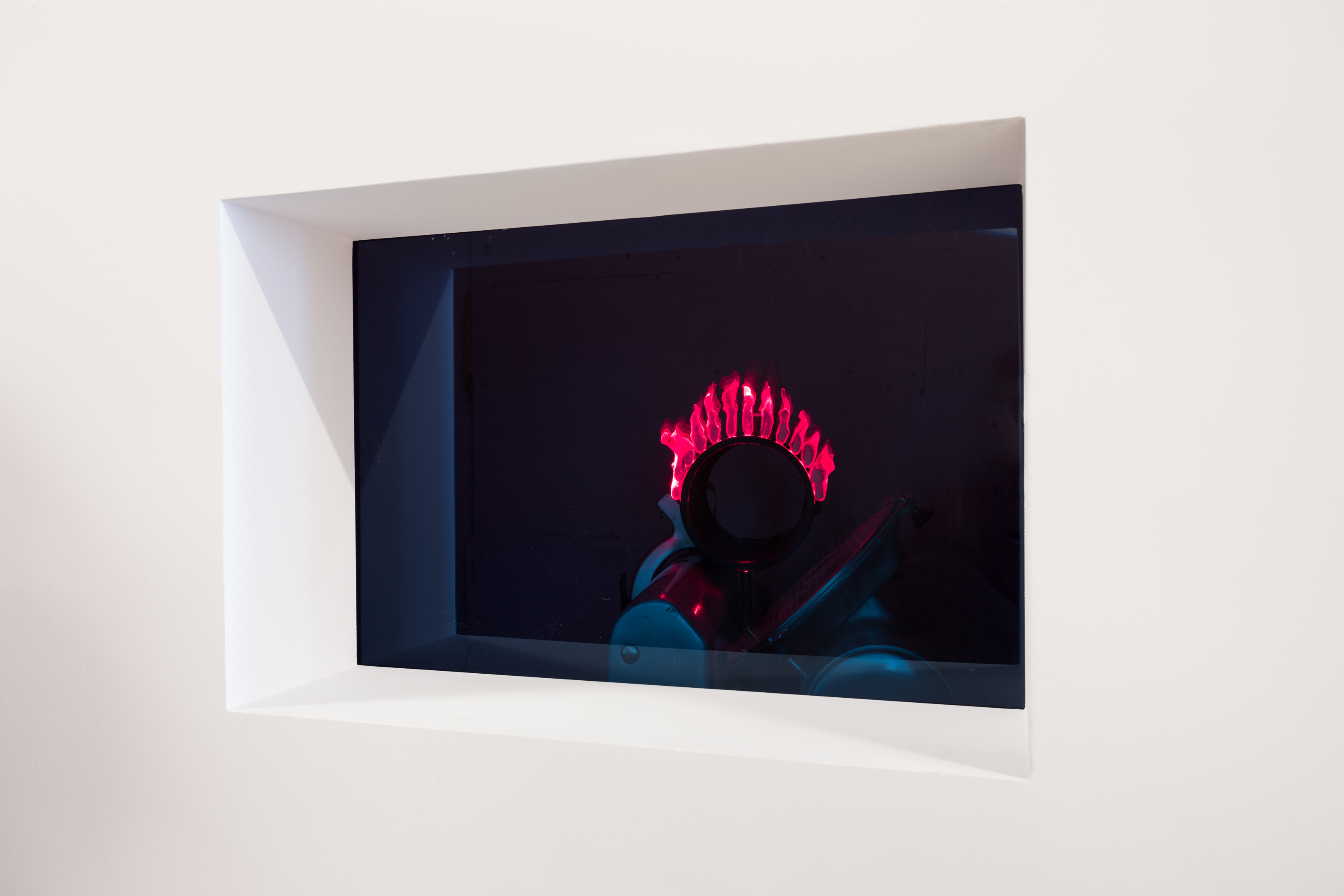 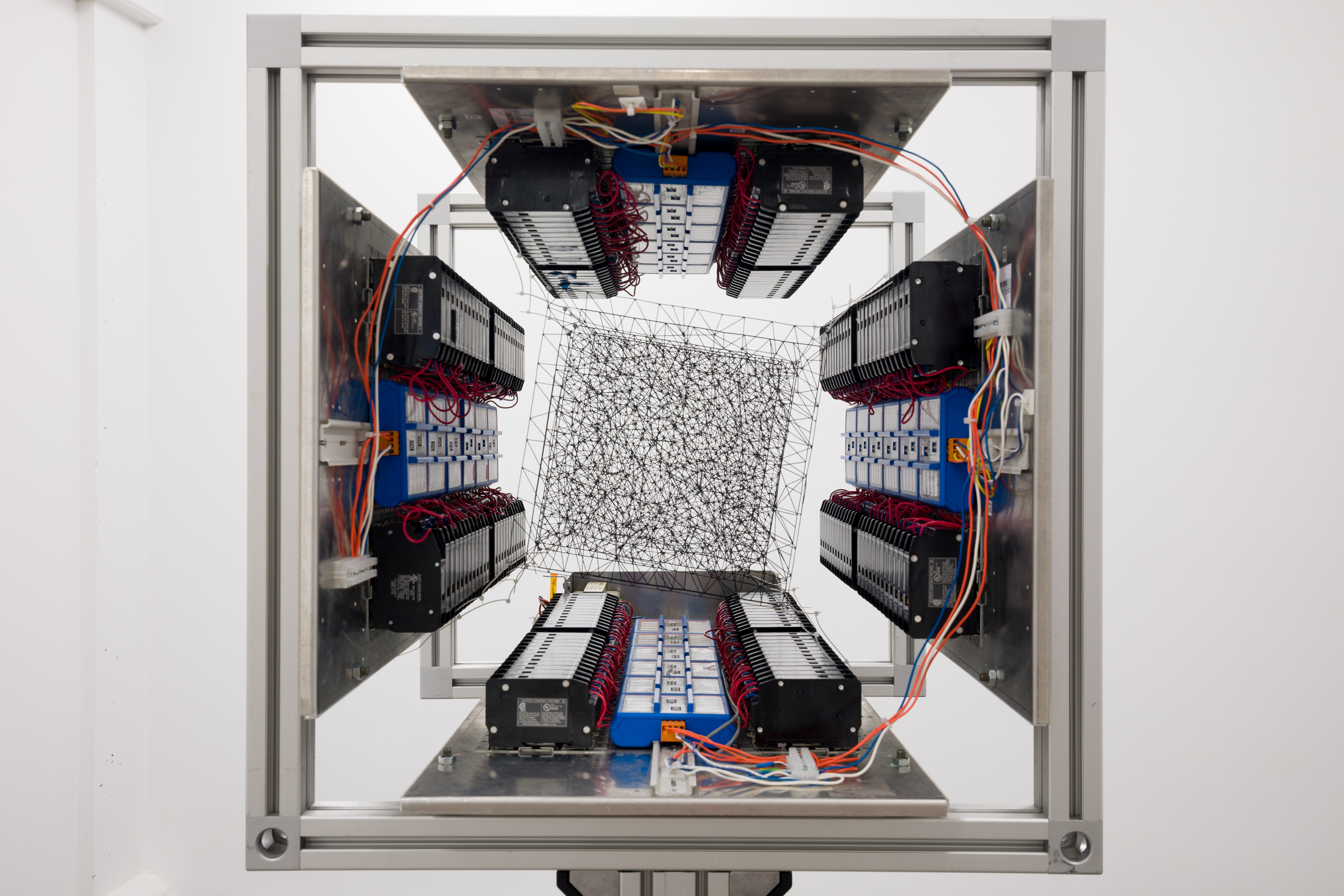 On False Material:
May 20th, Thursday, this year, IPK was handed the proverbial gold watch. Sealed inside a double glass bell, the International Prototype for the Kilogram somehow lost weight, mysteriously shedding atoms from its precision platinum body. Fed up with spherical cow punchlines and plus-or-minus slippages, the scientific community conceded that measuring matter with matter no longer cuts the mustard. Its been some time since the human soul was spuriously measured at 21 grams. Today that same error would be recorded using Planck’s perfect unchanging measured value, rather than a chunk of stuff that hurts when you drop it on your toe.

It seems that at the moment vision became fully embodied our position between God and the dirty material world journeyed beyond the microscopic and the telescopic. We didn’t really (need to) go to the moon, because its not that far away, its already right here, always facing us, never once flinching away from this staring competition we committed to. And it didn’t seem to take too long for know-it-alls to knock on table tops at parties and explain that even reclaimed wood is mostly empty space. Likewise, flat earths are less susceptible to climate change and round earths have trouble staying fixed in one spot. Nevertheless, at some point both earths had a NASA, and both earths had football-field-sized computers. Even Kepler confused divine ordinance with his compulsion for tidying up the planetary orbits, invisible geometry divined/designed like 6 perfectly nested plastic measuring cups. It freed up so much space!

Measuring cups and the Mysterium Cosmographicum are available as free 3Dmodels. Just download and 3Dprint them at home. Its just geometry. You chose the scale on the way out. The DIY mousetrap maker community keeps making better and better mousetraps, killing more and more mice, probably because they openly share all their files. One can still find G-code shaped like a hand gun on the internet if one looks hard enough. Its kinda the same way narwhal horns look more like unicorn horns when displayed in VR walkthrough museums. Everything is zero thickness in there anyway. Surely zoos, aquariums, and circuses will be archived this way.

Inside the cinema of CG, false material is made susceptible to a physics simulator, a kind of causality machine or entropy guesser. When renderings go to special offshore farms, a false arrow of time can be physically felt by its viewers, even though nothing in this false material world says time moves forward or backward, or even moves at all for that matter. Things don’t fall in there. They have to be told, and then kindly reminded again and again, to accelerate at 9.8m/s2. Everything is zero consequence in there anyway. Scale is arbitrary. There is no measure twice, cut once rule. And duplication is never twice as much stuff; its just one more line of code.

Fire is some-thing else. Fire moves up. Fire is closer to light than material. In this sense, the false material world and the real material world might tend to agree. But in order to pull fire out of a computer—to free it from its simulated materiality through 3dprinting—we had to trick it. We orchestrated an algorithmic ruse so that the fire thought it was smoke. Then we gaslighted the fire into believing it was fluid. But when the fire became aware of this deception it solidified into transparent resin in order to pipe as much laser light as possible, appearing to shed some dirty weight, returning to a version of light and lightness once again, all the while laughing at the arrow of time in 1 sec loops.

Apparently, there are four things we can watch forever: fire burning, water falling, other people working, and automatic meat slicers.

BAF and the artist thank Douglas Lighting Controls, John Cavacuiti, and Erik Spika for the generous support of Flat Moon.