Art and craft, history and modernity, form and function, East and West – the work of new resident artist Brendan Tang breathes in the balance between opposing forces. Shown and collected around the world, his work demonstrates a rare capability to be as conceptually complex as it is viscerally appealing.

Partially motivated by his own ‘ethnically ambiguous’ background, a central concern of Tang’s practice is hybridity: the strange new entities that form when cultures, eras, and art-forms clash. He has primarily worked in the medium of ceramic, historically associated more strongly with craft and decoration than the academy of fine art.

His 2016 body of work ‘Manga Ormolu’ explored hybridity alongside cultural appropriation – specifically, its role in the historically racist Western concept of ‘the Orient’. The Ormolu from which the show draws its name are historic Chinese ceramic vessels, which the French would bring back from China, then adorn with opulent gold accents. These objects would be gifted to European aristocrats as curiosities taken from the ‘Far East’ – an amalgamation of Asian countries in the Western eye. Tang takes these objects, already the result of early globalization, and brings them to a contemporary, and even absurdist place, by mashing them up with robot prostheses inspired by manga and anime.

Manga, like the gilded decorations the French added to these Eastern artifacts, also acts as an Orientalizing entry point to Japanese culture for many North Americans. However, the socio-cultural dialogue Tang is initiating is more layered than that, subverting the elitism of historical high culture by integrating it with the hypermodern ephemera of pop culture and science fiction.

Even when Tang works in other mediums, the decorative arts remain prominent. In his 2012 series ‘Swimmers’, the artist references the blue-and-white pattern that has appeared on ceramics from the Chinese Ming Dynasty to the Netherlands. Tang reimagines the pattern as designs on the surface of a pool of water from which pairs of figures emerge. By using this cultural iconography to create a visual metaphor, Tang is evoking the “fish out of water” sensation of culture shock. His choice to represent groups of figures, many of which could be viewed as parent and child, alludes to the social nature in which culture is constructed; it’s not hard-wired, but learned.

For his residency now taking place at BAF Gallery, Brendan Tang will again re-situate motifs from the decorative arts into new contexts. For the upcoming January show, Tang’s initial inspiration was the curvilinear cloud motif found in Chinese ceramics and scroll paintings, and also reminiscent of the French Nouveau style. The artist will use the BAF space to create an experimental installation that imagines these cloud forms in three dimensions, modified with technological elements, playing out the themes that characterize his work while creating an entirely new experience.

See the results of Brendan Tang’s residency in his BAF Gallery show from January 11th to March 10th, 2018. 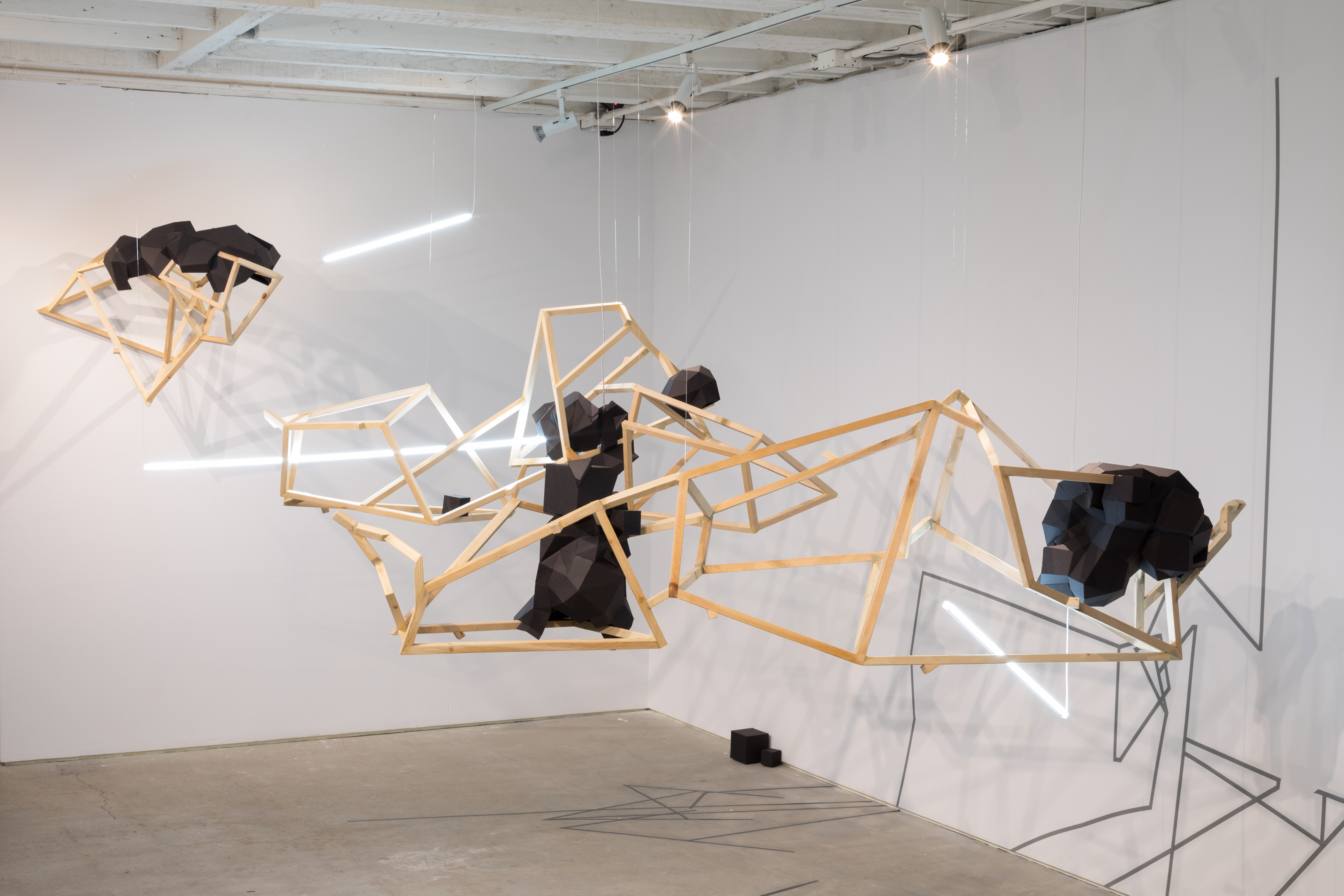